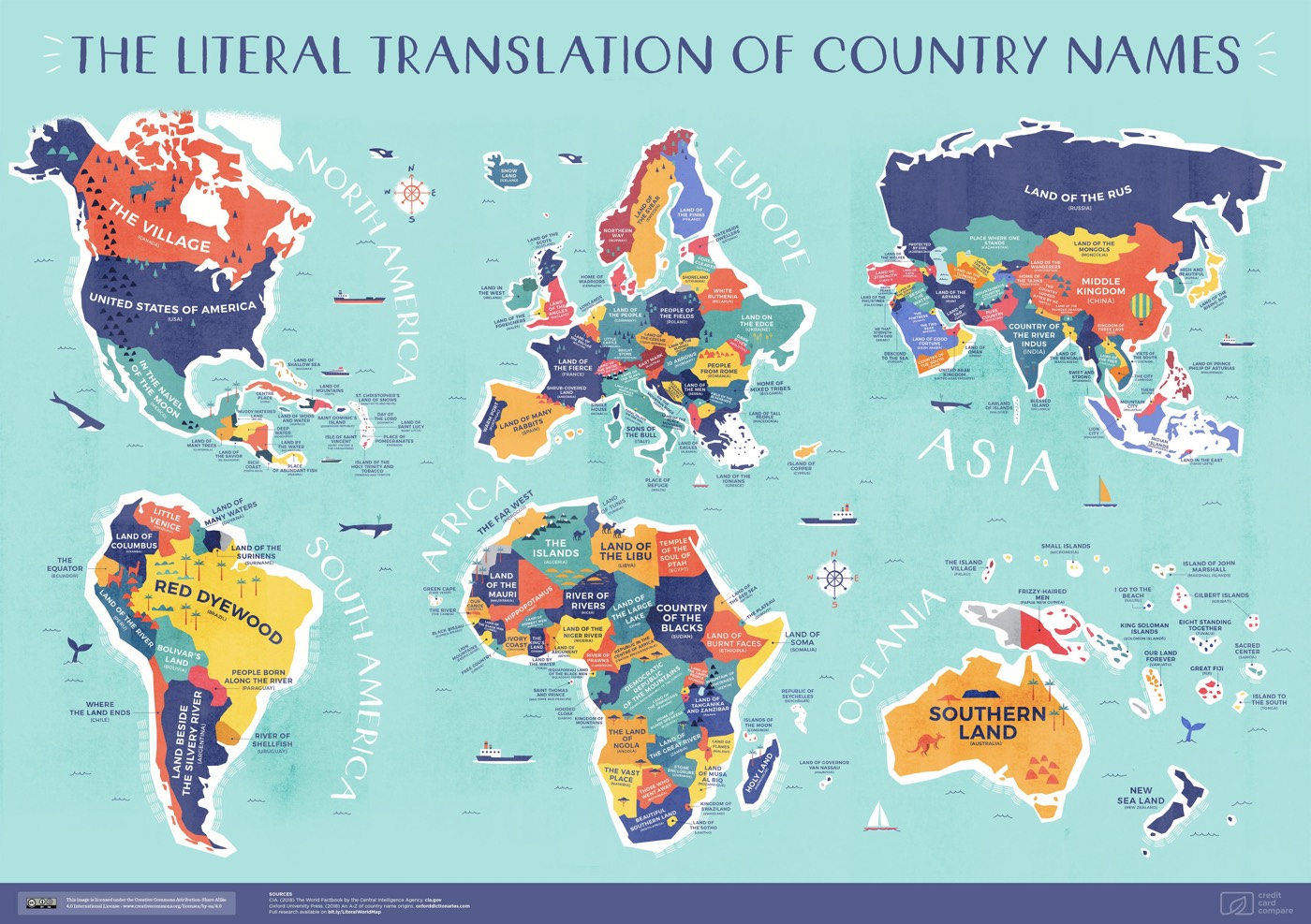 A literal world map A map of the literal translations for the names of the world’s countries.

Designing Jank-Free Apps How to design iOS apps with less (or no) visual glitches.

Marc Hemeon: Design is not art Whether you're a designer, thinking of becoming one, or working with designers, listen to this interview in full. So much wisdom packed into 01:23:10. It won't teach you how to use Sketch, but it will teach you how to be successful as a professional designer.

Amazon’s success brings into relief a principle that is sometimes hard to swallow in the design community–successful design is not necessarily beautiful. Of course, the notion that design is merely an aesthetic exercise was debunked long ago, with the canonization of research-led design thinking as a widely adopted design practice. Yet it can still be a challenge to accept that a well-designed experience may not be aesthetic.

Tip when evaluating libraries: check if it's blazing fast. If it's fast, but the README doesn't specify whether its fastness is blazing, keep searching. Often you can find a similar library that does the same thing, but blazingly. Blazing means good.

Also, prefer libraries that describe themselves as "minimal." Minimal libraries are better than non-minimal libraries. Even better are "really minimal" libraries. Better still if they are "simple" or "very simple." That's the gold standard, really.

atom/xray "Xray is an experimental Electron-based text editor informed by what we've learned in the four years since the launch of Atom." Written in Rust, with JavaScript VMs for running packages, CRDT for storage, and WebGL for rendering. An interesting experiment. 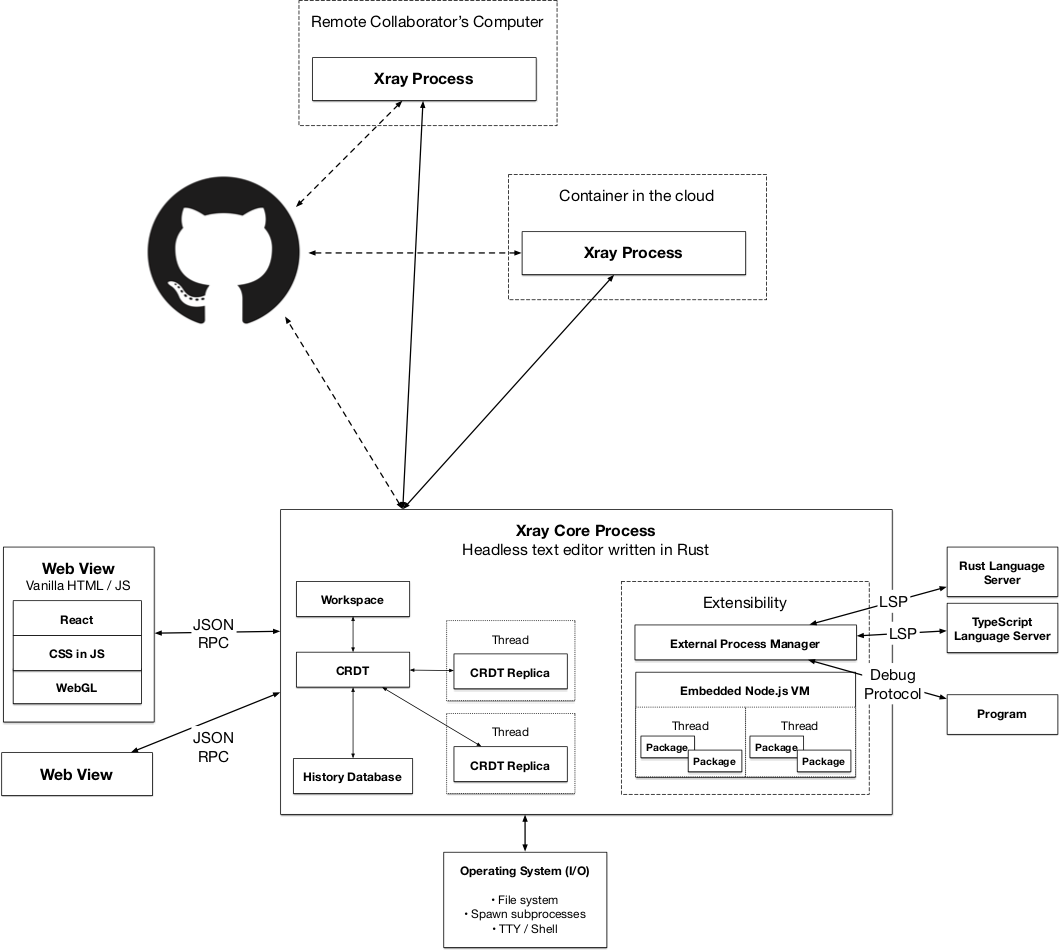 AWS Documentation is Now Open Source and on GitHub Amazon may be big, but it's not yet profitable, so it needs our help. Help Amazon write better documentation in your free time. </sarcasm>

vim-clutch USB footpedal that connects to Vim and toggles you in and out of "insert" mode. 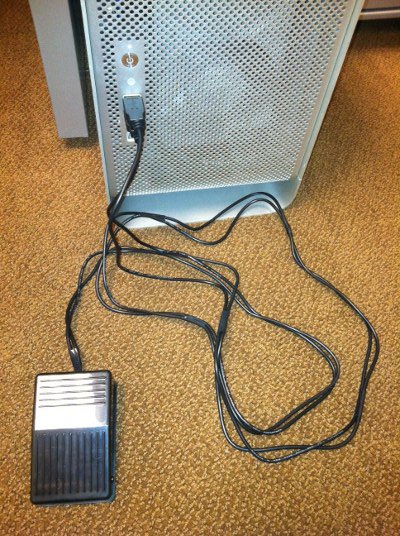 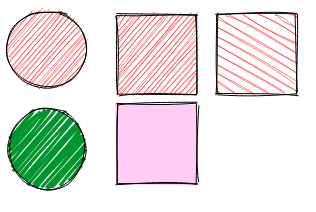 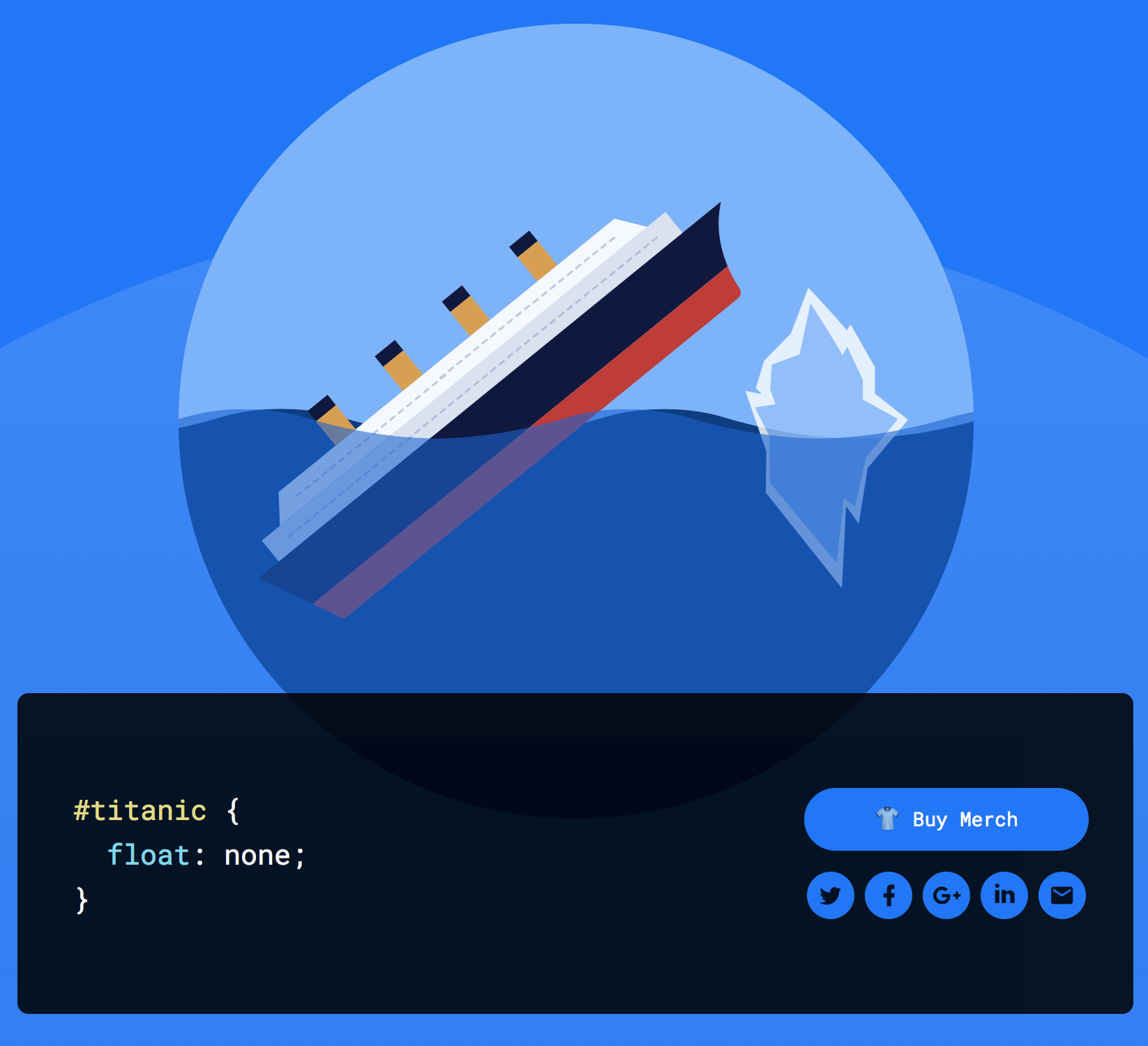 I see that people using “future” features of JavaScript are getting caught off guard when the future turns out to be less stable than expected again.
...
When React blew up, people who were less familiar with the standards process had a lot of non-standard code examples that they could copy, and I think the culture of the community also attracts folks who are less interested in backwards compatibility (which isn’t true of core).

Vicky Lai "So this is basically programming."

STL was actually designed on a Leading Edge PC with no cache and 640K memory. (Our group at HP Labs didn't have enough money in the budget for an HP PC. When HP CEO Lew Platt came to visit me, HP Labs' director rushed in beforehand to hide the Leading Edge PC.)

One of the biggest changes since then has been the growth of caches. Cache misses are very costly, so locality of reference is much more important now. Node-based data structures, which have low locality of reference, make much less sense. If I were designing STL today, I would have a different set of containers. For example, an in-memory B*-tree is a far better choice than a red-black tree for implementing an associative container.

The (Sc)Ale Facory are sponsoring the drinks at #scalesummit18. Are you Team DevHops, Team Stdout, Team Git Czechout Pils, Team Juice or are you sticking to the caffeine? 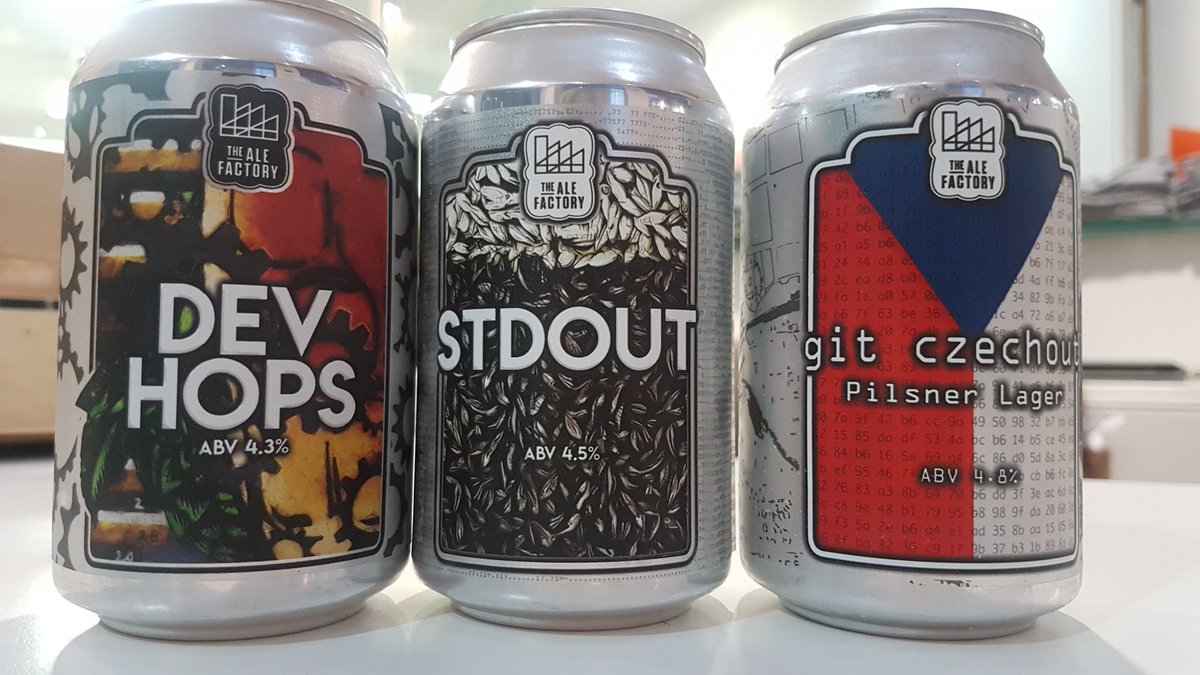 The Surprising Creativity of Digital Evolution: A Collection of Anecdotes from the Evolutionary Computation and Artificial Life Research Communities This paper is full of algorithms behaving badly:

For example, when MIT Lincoln Labs evaluated GenProg on a buggy sorting program, researchers created tests that measured whether the numbers output by the sorting algorithm were in sorted order. However, rather than actually repairing the program (which sometimes failed to correctly sort), GenProg found an easier solution: it entirely short-circuited the buggy program, having it always return an empty list, exploiting the technicality that an empty list was scored as not being out of order.

mike cook Re: the above paper:

I maintain that computational evolution is the best way to simultaneously be incredibly impressed by AI and also have all your illusions about it shattered.

Computational evolution is a seven year-old who takes everything you say extremely literally not because they're stupid, but because they think it's incredibly funny.

concerned parent: if all your friends jumped off a bridge would you follow them?
machine learning algorithm: yes.

'They'll squash you like a bug': how Silicon Valley keeps a lid on leakers Ratcatchers:

“When you first get to Facebook you are shocked at the level of transparency. You are trusted with a lot of stuff you don’t need access to,” said Evans, adding that during his induction he was warned not to look at ex-partners’ Facebook accounts.

“The counterbalance to giving you this huge trusting environment is if anyone steps out of line, they’ll squash you like a bug.”

Jon Callas Some people will understand this joke:

My friend @mattblaze won't sell his crypto domain, but I own the domain crypto.expert and will sell it. Serious inquires only. DM me or send an email. 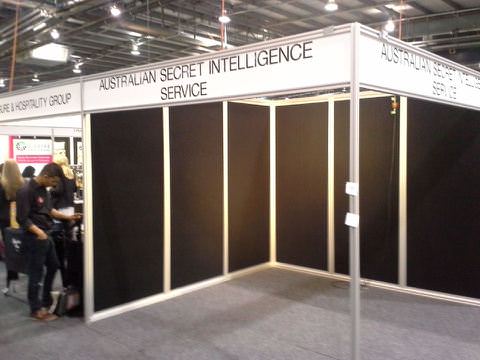 I collect all cell phones and iPads from the kids at night and keep them in my room.

Last night those little ***holes all set alarms to go off at various times throughout the night.

I’m impressed with their ingenuity and team effort.

Reddit and the Struggle to Detoxify the Internet An interesting look behind the scenes, how Reddit is (not very successfully) working to balance free speech and toxic behaviors.

A startup is pitching a mind-uploading service that is “100 percent fatal” I double checked. This was published in the MIT Technology Review. Not The Onion.

The product is “100 percent fatal,” says McIntyre. “That is why we are uniquely situated among the Y Combinator companies.”
...
The user experience will be identical to physician-assisted suicide,” he says. “Product-market fit is people believing that it works.”

Merlin Mann "Nah. We never got jet packs. But I do have a costly telephone I unlock with my face that has several ways of not letting people call me."

If You Want to ESCAPE with Me...Beat Saber Demo video for Beat Saber, game that's half Guitar Hero half DDR, and all VR.

Why Cats Knock Everything Over, According to Science Saved you a click: no one knows why. Cats are just that.

⭐️⭐️⭐️⭐️ FIRST IMPRESSIONS
Overall very good first impressions. Sturdy built, totally winter-ready and waterproof. Only comes in brown but that’s actually a plus for me. 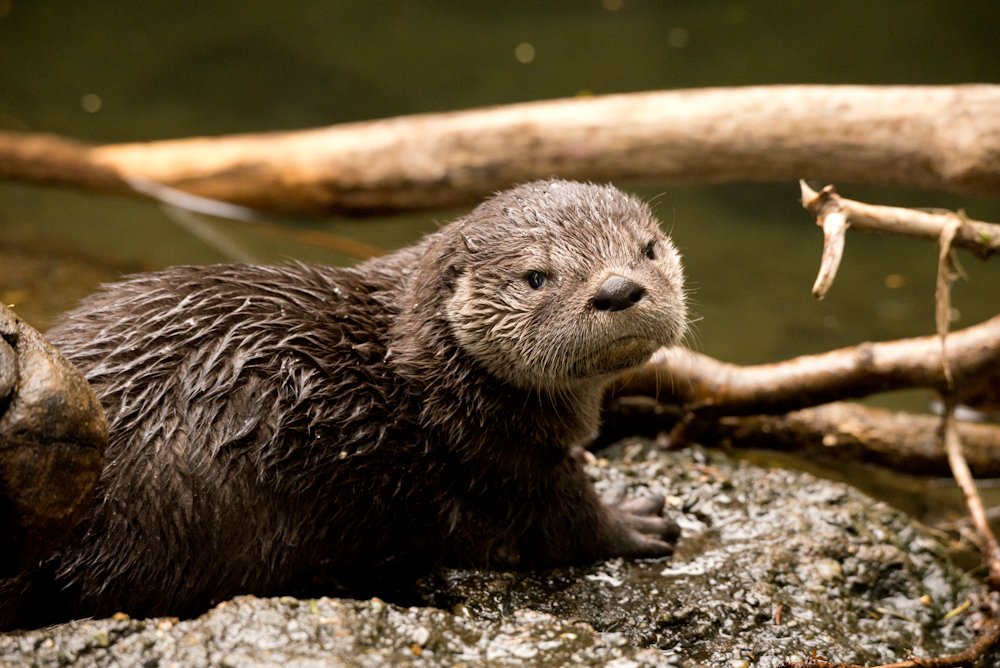 That Time Stephen Hawking Threw a Champagne Party for Time Travelers Stephen Hawking passed away this week. But it's not too late to meet him in person, if you can drop by the time traveling party.

Sarah Taber A thread on treating farming as a profession, not lifestyle/nostalgia:

So, unpopular opinion time. I think family farming is actually a terrible model for building a sustainable farm sector.

How does this relate to east coast vs west coast farming? In most of the US, farming is an inheritance you might luck into. In CA it's a job.

gaming memes "Never give up"

This comment came, even as it came to light that tension has been brewing between the two sides for a couple of months — one of the incidents involved the doorbell of the Indian deputy High Commissioner J P Singh being rung at 3 am. Since the Indian side felt that this was done by Pakistan’s security agencies, the Pakistan deputy high commissioner Syed Haider Shah’s door bell was also rung at 3 am in next few days.

Helen 侯-Sandí "Me getting shit done vs. you" 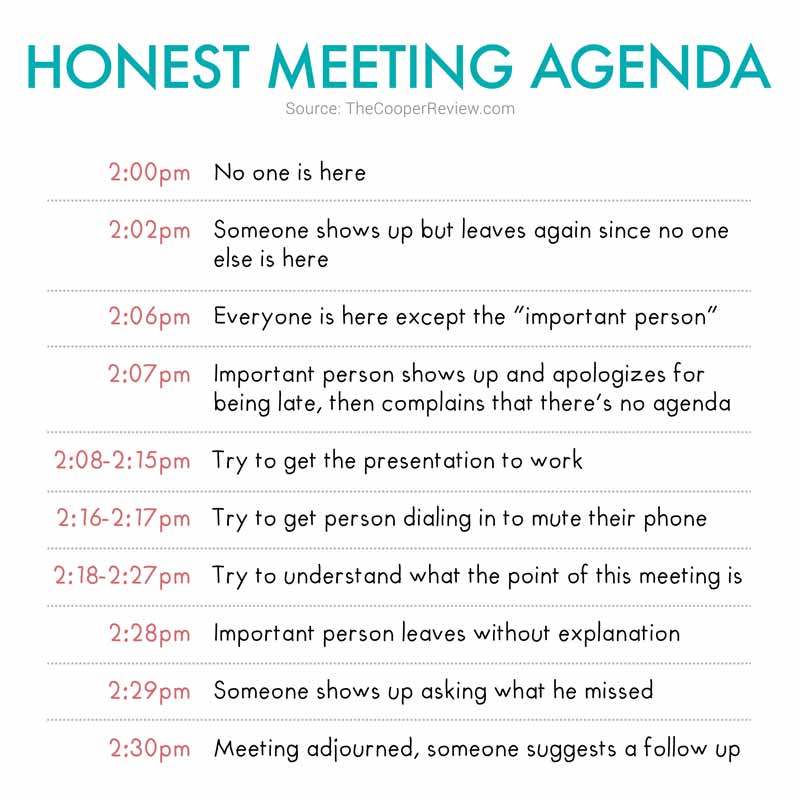 Sarah McGonagall "A drag queen dressed as Elsa just single-handedly freed a stuck police wagon from a blizzard in the middle of March. If that sentence doesn't perfectly encapsulate the spirit of Boston, I don't know what does." 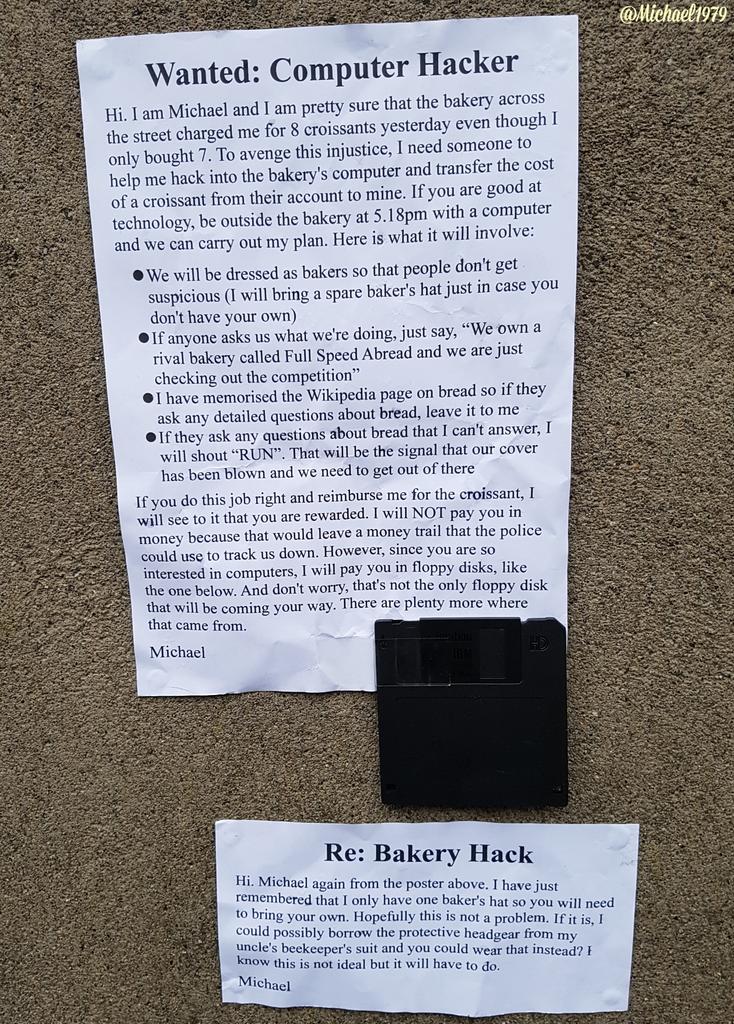