How to Use Math Words to Sound Smart

Bots won't replace apps. Better apps will replace apps. Remember when on-demand/sharing economy was the Next Big Thing, and everyone went there, and then it turned out that it only works well in a few specific markets? Well …

The Future of Technology Is In Your Ear When you are away from keyboard — even if it’s just a few feet, or a pocket away — that opens the door for new interactions: conversation UI but with sound instead of text.

Because one of the most challenging parts of creating a sustainable design system across a large organization is getting other teammates to use it, establishing a collaborative process up to the moment of integration can make it easier. When people collaborate on something, their buy-in is increased.

The first time you meet someone, your first thought isn’t “How do they function?” it’s “How do they make me feel?” And when you’re asked about that person later, you describe their personality: “She’s relaxed, smart, witty. She makes me laugh.”

Designing with Science A small team is given a big problem to solve: presenting a trove of analytics data in easily digestible form.

We don’t know how to build conversational software yet

For now, at least, startups can build a defensible business by getting their hands dirty and building better conversational software the inelegant way. In a few years, that could become a lot easier, and that will change the landscape all over again.

How to implement SRI in your build process Subresource Integrity is a very simple way to secure static assets hosted on servers you have no control over. Here are some tips for adding SRI to your build process.

The Annotated Programmer Off-beat code annotations that need to exist:

@Undocumented
This annotation is an expression of the API developer’s frustration that they inherited this code without having any idea of what it is for, what is is doing, and how it is (or is not) doing its job.

Studying the Language and Structure in Non-Programmers’ Solutions to Programming Problems Fascinating study about the way in which non-programmers describe solutions to common programming problems (PDF):

The majority of the statements written by the participants were in a production-rule or event-based style, beginning with words like if or when.

Most popular languages require iterative operation on the objects, one at a time, while the participants strongly preferred to use set and subset expressions, or plurals, to specify the operations in aggregate.

How LinkedIn Scaled To Billions Of Unread Messages

Born for it On the lack of diversity in tech, and how we fooled ourselves into this situation:

It’s startling to realise that the pressure of the software crisis, the resulting hiring practices and these two psychologists from the 60s might have shaped this whole image, while so many people are still assuming that it’s ‘just natural’.

The Novelty Effect Hack yourself with this one neat trick:

Once you know about the novelty effect, you can use it as as form of existential judo. When I start a new writing project I’ll download a new word processor specifically to trigger the effect, knowing in advance that it’ll only last a few weeks or months, but what the heck—it’ll be fun while it lasts. The novelty effect is a blast for tool users!

Mistakes at Work Are Not Sins 100%

Software development is a difficult activity and software developers will make mistakes. They shouldn’t be crucified for making honest mistakes. It’s part of the learning. Great managers don’t cheat their employees of personal growth and development opportunities.

Avoiding the Trap Learning to recognize burnout before it hits you.

Ultimately, you need to have faith in yourself and do what resonates with you. And when you reflect back on those outcomes, you need to recognize and learn from your mistakes. 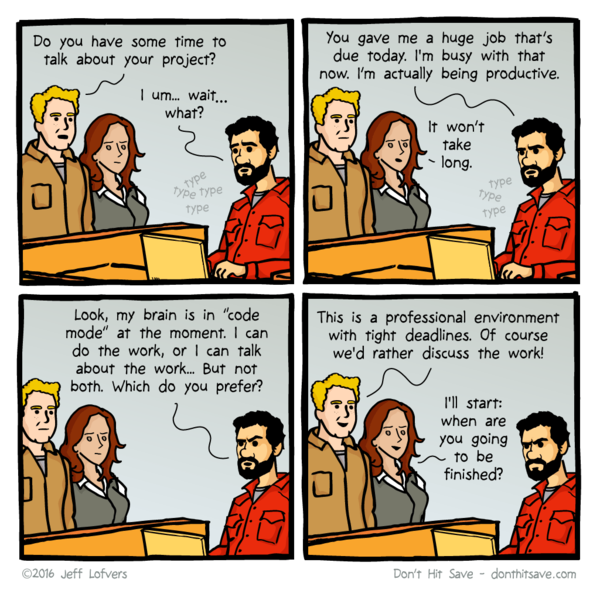 My startup failed, and this is what it feels like… Although a rollercoaster that ended with the company shutting down, this is a story of true grit, a founder that won’t give up, and found a way to route around one obstacle after the other. This is what it takes to be successful.

What US Software Companies Should Understand About The Rest Of The World A rant from outside the Silicon Valley echo chamber:

Rather than dealing with really difficult issues (getting product on time, fixing bugs, etc), you’d rather fantasize about viral ad campaign that will triple your business, so that you don’t have to deal with problems that you weren’t able to fix so far.

The malware is different & unique from typical ransomware as it does not encrypts file. Instead it encrypts the MFT (Master File Table) on NTFS volumes. 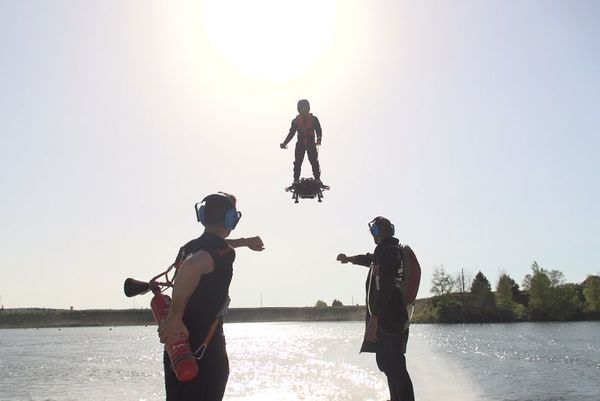 Yes, the jet-powered hoverboard is real, and yes, the creator has crashed it

The Victorians who flew as high as jumbo jets

It was one of the most foolhardy flights in history, and only a stroke of luck at 37,000ft prevented them drifting up to their deaths at the edge of the atmosphere.

The Twitter That I Used to Know Tara Hunt on where Twitter lost its way, how it turned from the world’s largest water-cooler into yet another popularity contest, and what we can do to reclaim the old Twitter.

Have you tried turning it off and on again?