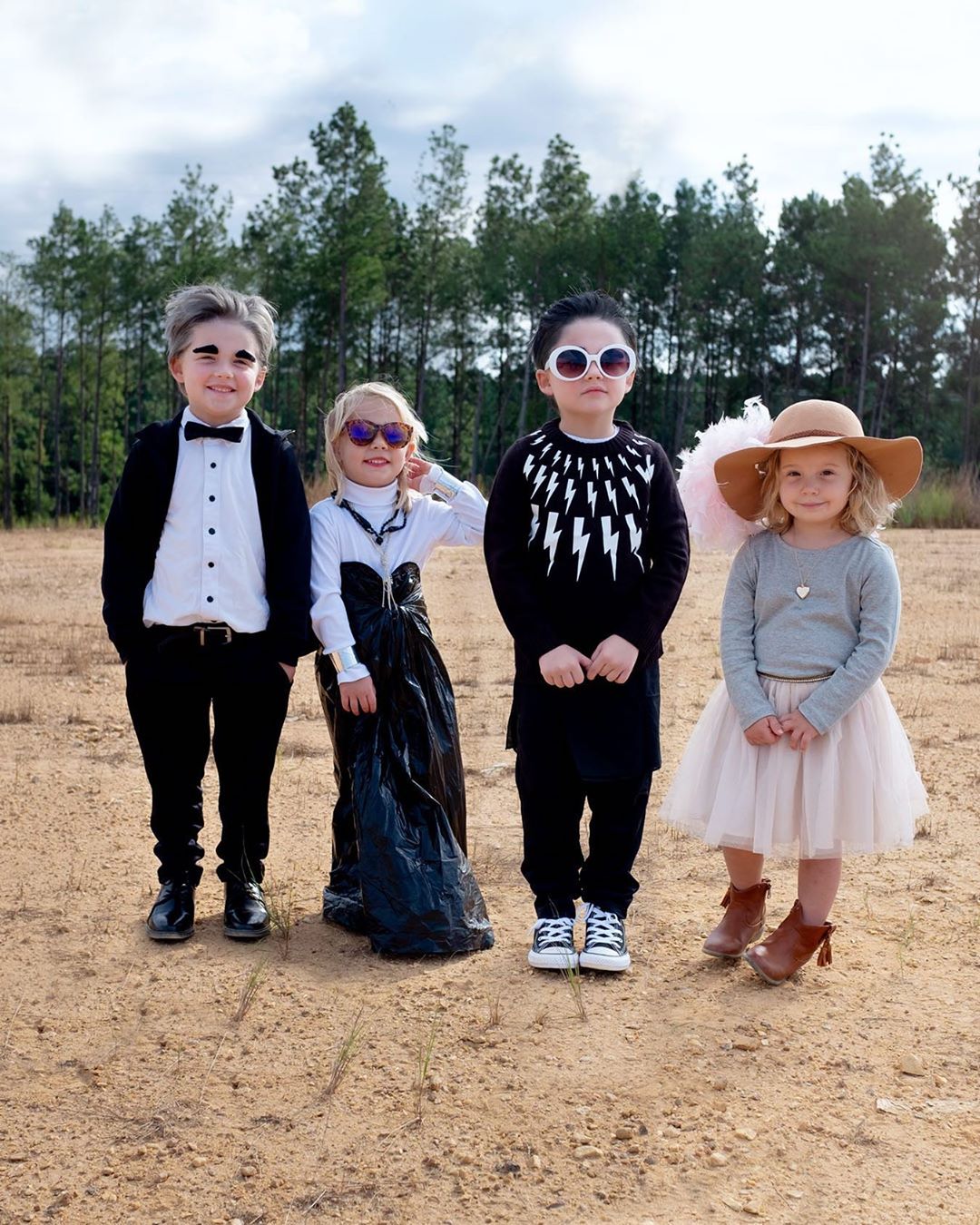 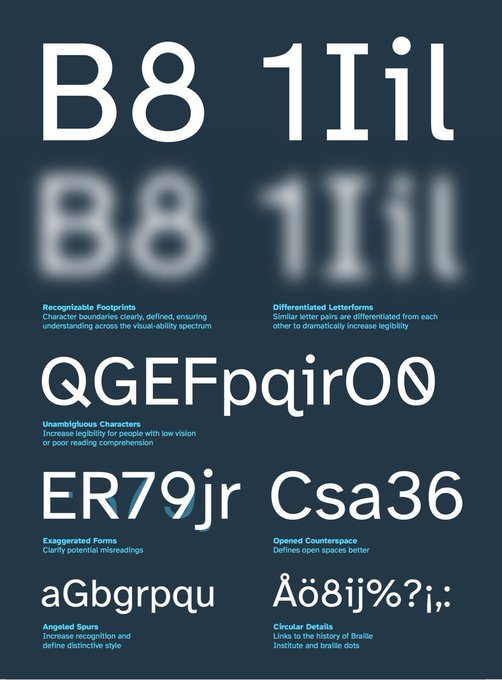 I learned design by copying pixel by pixel things I liked.

I made exact copies to figure out how something was made.

Sometimes I still do this.

There is no magic to life. It's all just practice.

The 3 qualities of a great product Threshold → Performance → Excitement.

My chatbot is dead · Why yours should probably be too We’re at the point where hype turns into disillusionment, and yet we gave it a go, and we learn through experimentation:

I got fooled by the trend, and as a by-product became part of the trend itself. Fads come and go, and as they get refined and re-interpreted, they ultimately find their true purpose. What we’re left with is the age old insight that it’s only through experimentation, that we can unlock concepts and ideas that last.

JD Vogt “What happens when you prioritize consistency over clarity.”

upptime 🤯 An open-source zero-deploy service for monitoring uptime and status page. There are no servers to manage, because the back-end uses GitHub Actions to monitor uptime, GH Issues to report incidents, and GH Pages for the status page. 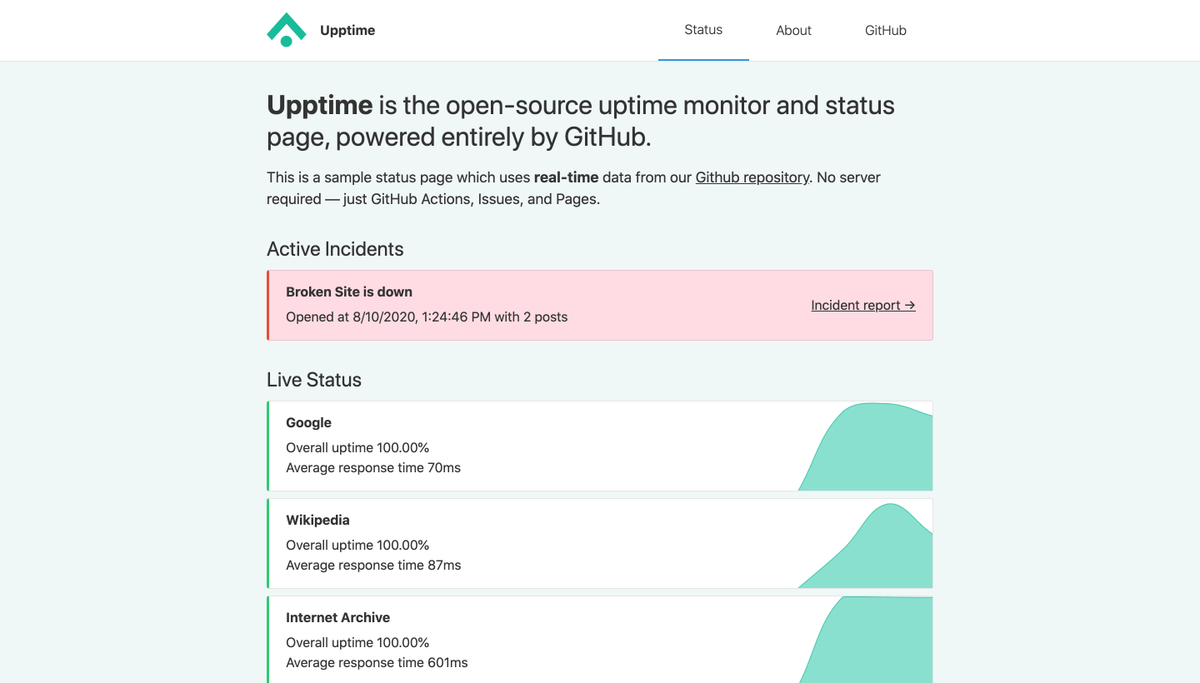 charmbracelet/glow “Render markdown on the CLI, with pizzazz!”

Nir Eyal 👇 I second that. The “it looks like you're not doing anything” time can be the most productive part of the day:

5/ And so my advice to every founder is this: Make time to think. It is quite literally a competitive advantage. While other people are distracted, running from task to task, you'll be able to do the strategic thinking necessary to build a company. 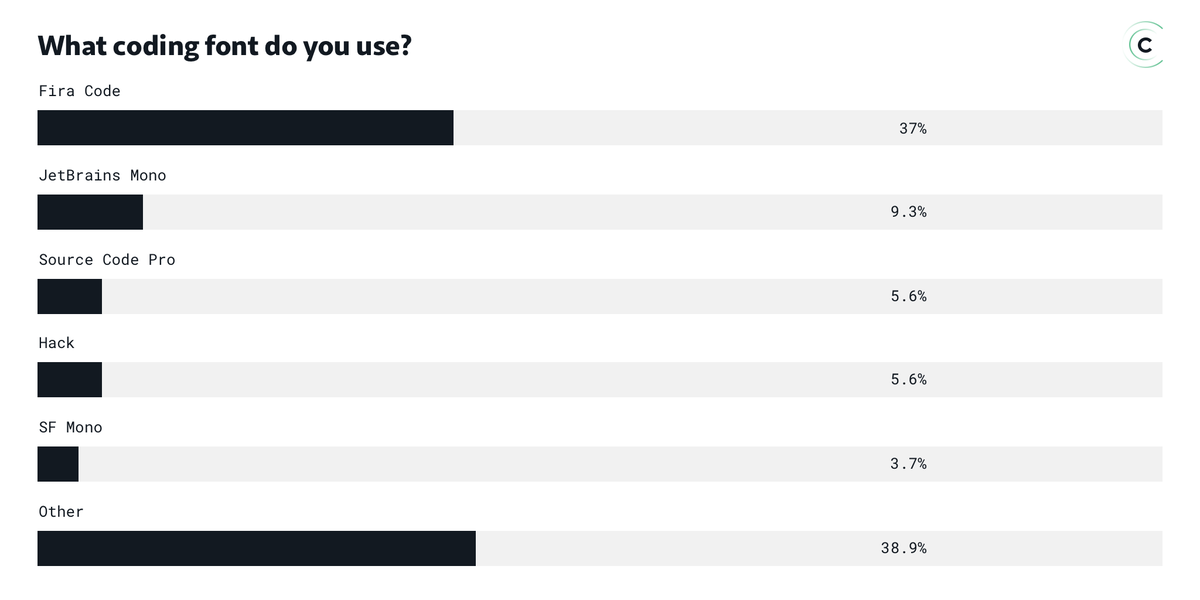 fonoster/fonos An open-source alternative to Twilio, should you want to run your own VoIP service, or learn how it all works behind the scenes.

if you're not familiar with software development, that stands for Angry/Baffled, and it tests how much random cosmic uncontrollable aggravation your userbase can bear

rashiq 🍦 “I reverse engineered mcdonald's internal api and I'm currently placing an order worth $18,752 every minute at every mcdonald's in the US to figure out which locations have a broken ice cream machine https://mcbroken.com” 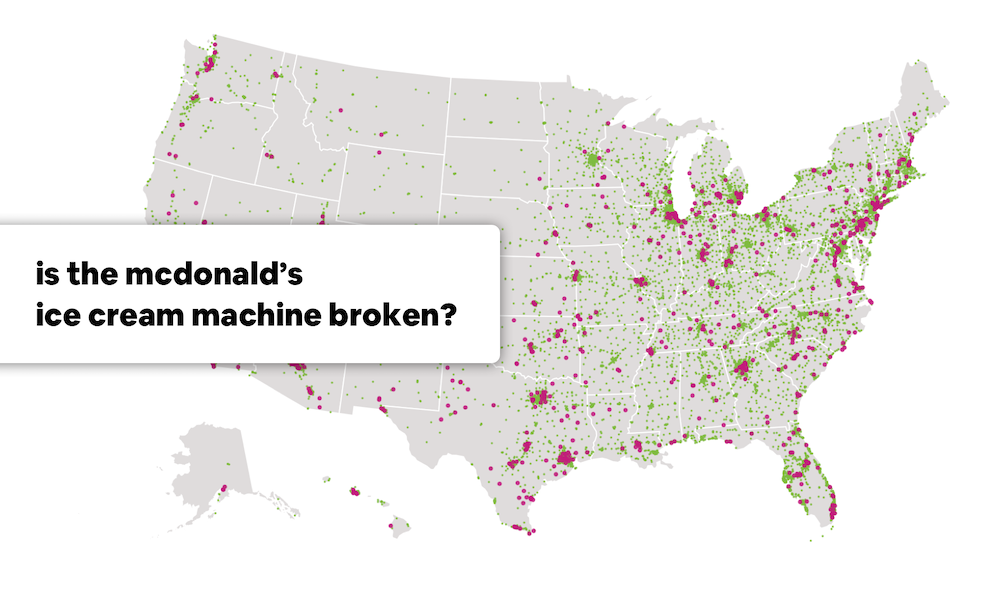 Why Research on Test-Driven Development is Inconclusive? It seems that most research about TDD is junk. This doesn't mean TDD is junk, only that we're missing quality research:

We found that TDD is mainly boiled down to writing tests first, and how strictly its other characteristics such as refactoring is followed is not well-explained in previous research; studies are mostly conducted with subjects who are not proficient in TDD; studies in brownfield projects with real-world tasks are in a minority; a large body of research has compared TDD against traditional development techniques; and finally, we noticed a lack of attention to the long-term effect of TDD.

That was an interesting insight into that process: namely, how do we as a large company learn how to add a new capability? It sounds crazy, but sometimes it is about mass and velocity. The combination of those two things is what led us to say, “Okay, well shit I guess we're gonna have to learn how to do this.” Before we had all these debates: “Should we learn how to do it? Should we not do that?” All that really changed when we dove right in.

I’m told that we should celebrate failure. “You may fail, but at least you tried” is the Sillicon Valley mantra. And right it is! Except I can’t find evidence that Quibi tried. Trying involves time and effort, learning and iterating. Quibi went for a $1.75B shortcut.

Jawn Wick “Quibi made their “episodes” 11 minutes to avoid paying union writers. Everyone should MC Hammer dance on their grave.”

And all the money they burned makes capital more expensive for startups that are putting in the effort. Turner Novak:

Nandini Jammi Transparency for employees was never the goal: you can’t make money without paying customers, and the paying customers are businesses. Businesses ≠ transparency. Looks like Glassdoor is running the Yelp playbook: be hands-off and neutral up to some critical volume. Then flip the switch on the algorithm and ToS enforcement to favor paying customers:

I’ve just learned that @Glassdoor is taking down reviews & banning Glassdoor users for reporting on their employers’ toxic work environments. No reason, no evidence. Just a blanket ban on women who speak out.”

Parker Higgins 👇 A thread about what it all means:

US Indicts Sandworm, Russia’s Most Destructive Cyberwar Unit And then what … they’re barred from attending DEF CON in Las Vegas?

From there Sandworm embarked on a years-long spree of wantonly destructive attacks: another blackout attack on the Ukrainian capital of Kyiv in 2016, the release of the NotPetya worm in 2017 that spread globally from Ukraine to cause $10 billion in damage, and a cyberattack that temporarily destroyed the IT backend of the 2018 Winter Olympics in South Korea, among others.

Also, attribution is hard and takes time, and hot takes will be wrong:

The new indictment also represents the first official acknowledgement from the US government that Sandworm was responsible for a cyberattack on the 2018 Winter Olympics … Olympic Destroyer contained layers of "false flags," spoofed clues in its code designed to trick investigators into blaming North Korea or China.

Rick Klau 👏 “Wow. Just received an extraordinary email from @expensify CEO @dbarrett. I can't remember ever seeing anything even remotely close to it.”

Uber and Instacart don’t represent Silicon Valley. Why we’re voting “No” on Prop 22 If you're voting in California, please vote no on Prop 22. Even if you're not convinced on the merits, it's dangerous to have a law we can't easily change:

As taxpayers, we are in effect subsidizing the profitability of gig companies that have large independent contractor workforces.
…
Prop 22 requires a seven-eighths supermajority of the California legislature to amend, making it next to impossible to change the law in the future.

Facebook manipulated the news you see to appease Republicans, insiders say In case you were wondering where is Facebook leaning politically.

The US Government v. Google: What you need to know Short version, US government wants Google to stop being the Internet gatekeeper:

Interesting that 15~20% of Apple’s profits come from Google Search. That's a lot of profit to trade for privacy.

Jacob Goldstein “There is a verrrry nerdy easter egg on p. 12 of the DOJ's antitrust case against Google. (Brown Shoe Co. Inc. v. U.S. was a famous antitrust case in the 1960s.)” 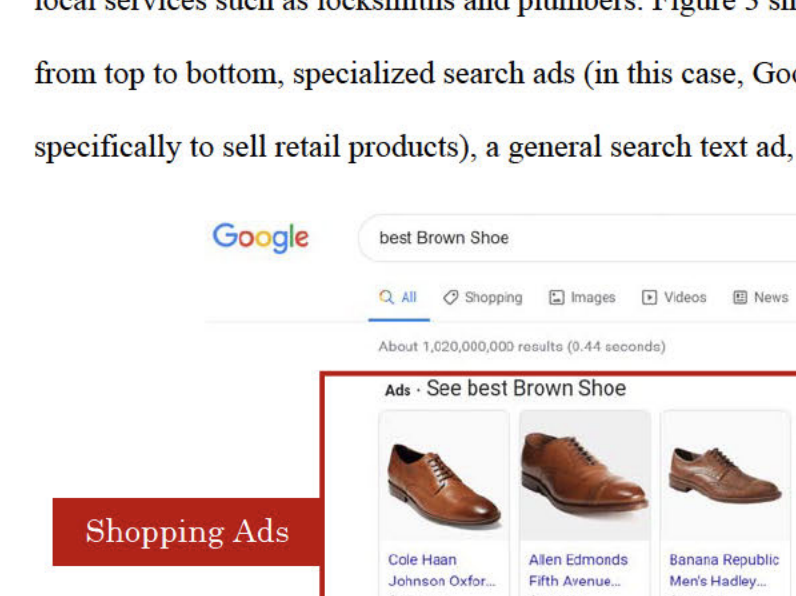 Gavin Jones “you’re halfway through your carton of eggs: what is your personality type” 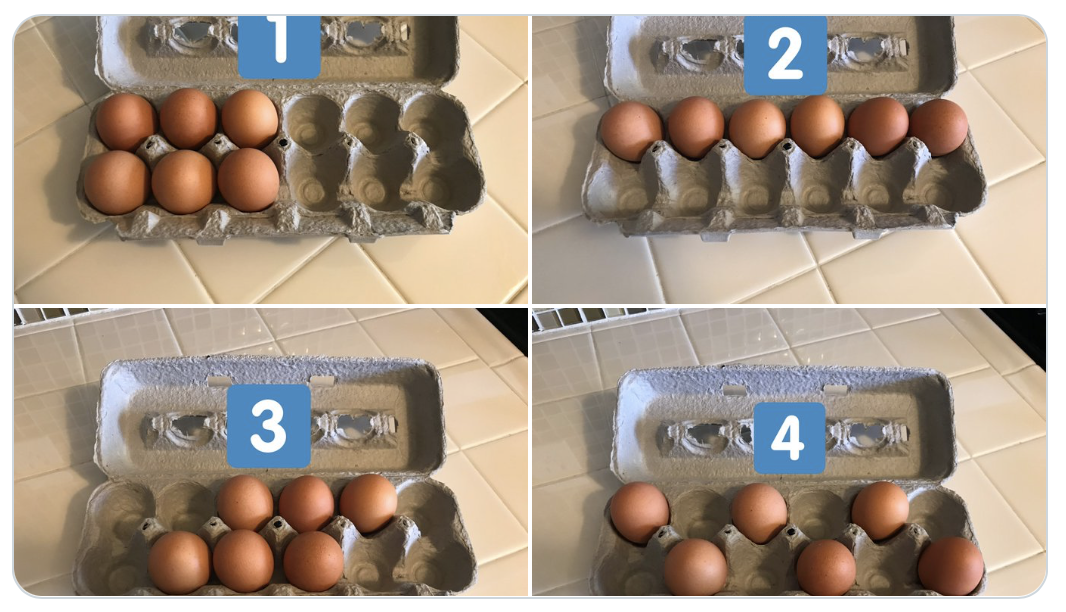 The fundamentals of a long-lasting relationship:

AITA? How a Reddit forum posed the defining question of our age My daily escapism includes the best of AITA from Twitter.

“The people who come here obviously genuinely care about [the possibility that they’re in the wrong],” says May, “because otherwise they wouldn’t be here wondering if they were the asshole. We have to at least honour the fact that they are thinking about it.”

What’s an industry secret in the field you work in? Fantastic thread. I’m going to hang this on my toolbox:

I was Zero Cool “Labor only makes up 2.3% of the cost of the product but during negotiations it is the most heavily cut variable cost.”

zoehong “Most outlet stores do not sell excess stock. Most companies make lower quality versions of their products to sell in outlet stores.”

logan bartlett “I love that LinkedIn treats “Stealth Startup” as an actual company and that its employee growth is insane.” 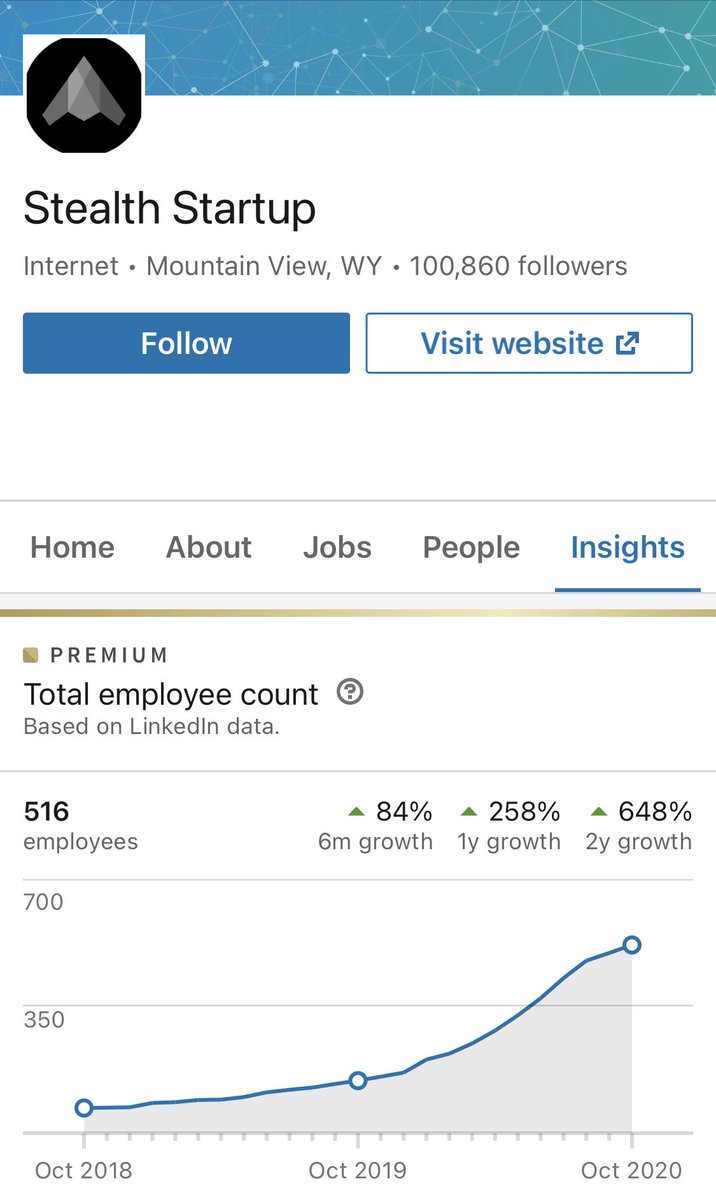 Creating more margin allows for more room, more buffering, and more flexibility. When we encounter challenges or frustrations, we have more room to breathe and respond with kindness or gentleness both with ourselves and with others. We are able to choose our response as opposed to simply reacting.

The Tweedy Mutant 👇 Interesting thread about the practice of self-diagnosis, and trusting that patients have done their research (I bet more often than not):

So if a patient comes to you with a self-diagnosis, ask them how they arrived at it. It might be right or it might be wrong, but knowing how the patient got there is going to give you an enormous amount of diagnostically valuable information.

‏Chris Adams‎ “Pretty sure my toddler designed this CAPTCHA system:” 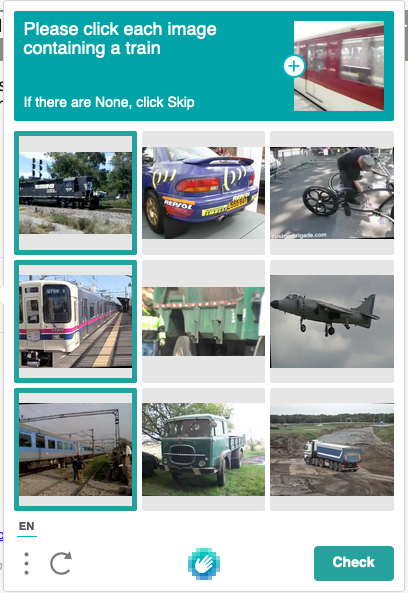