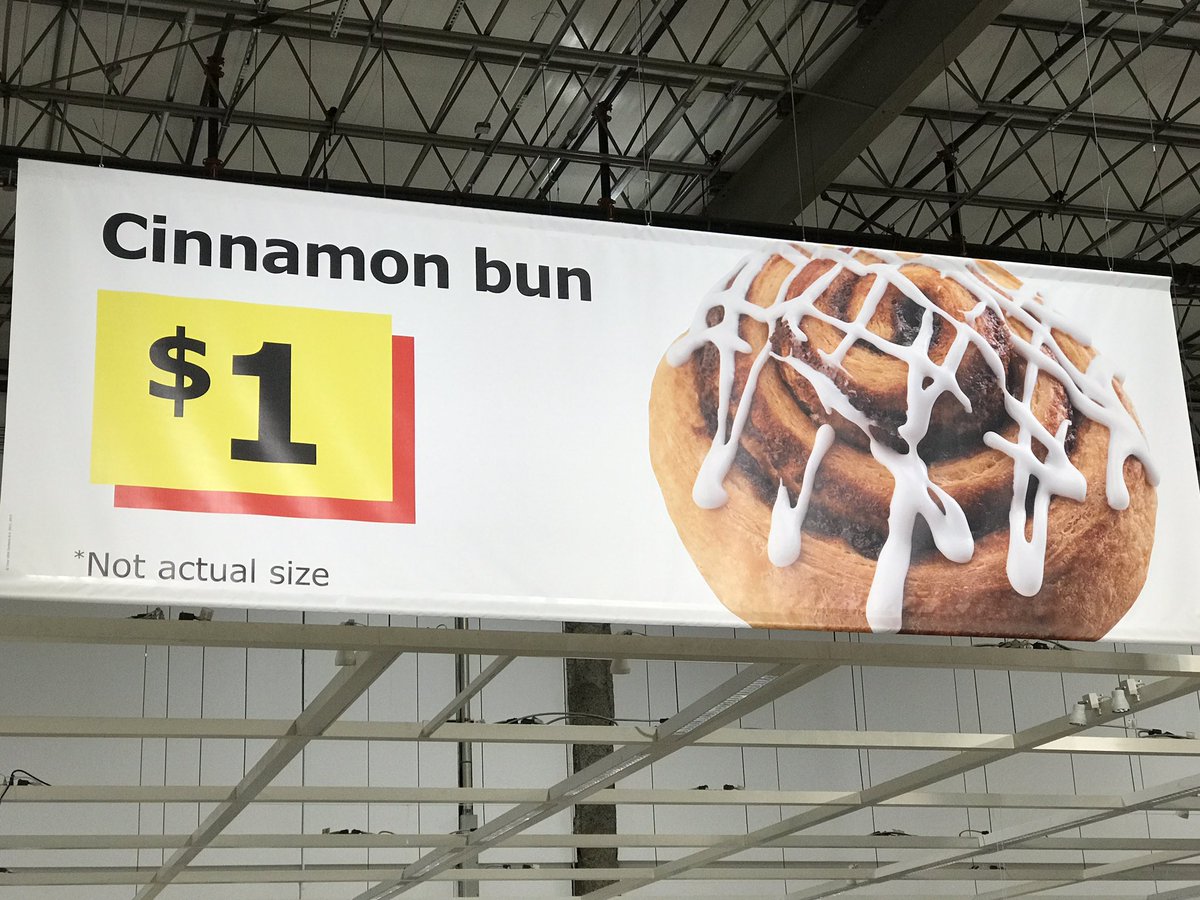 Josh Sternberg "Wonder how Ikea came to the decision to include this disclaimer."

Introducing Mercury OS Interesting UX. If you like working in the flow, check it out. 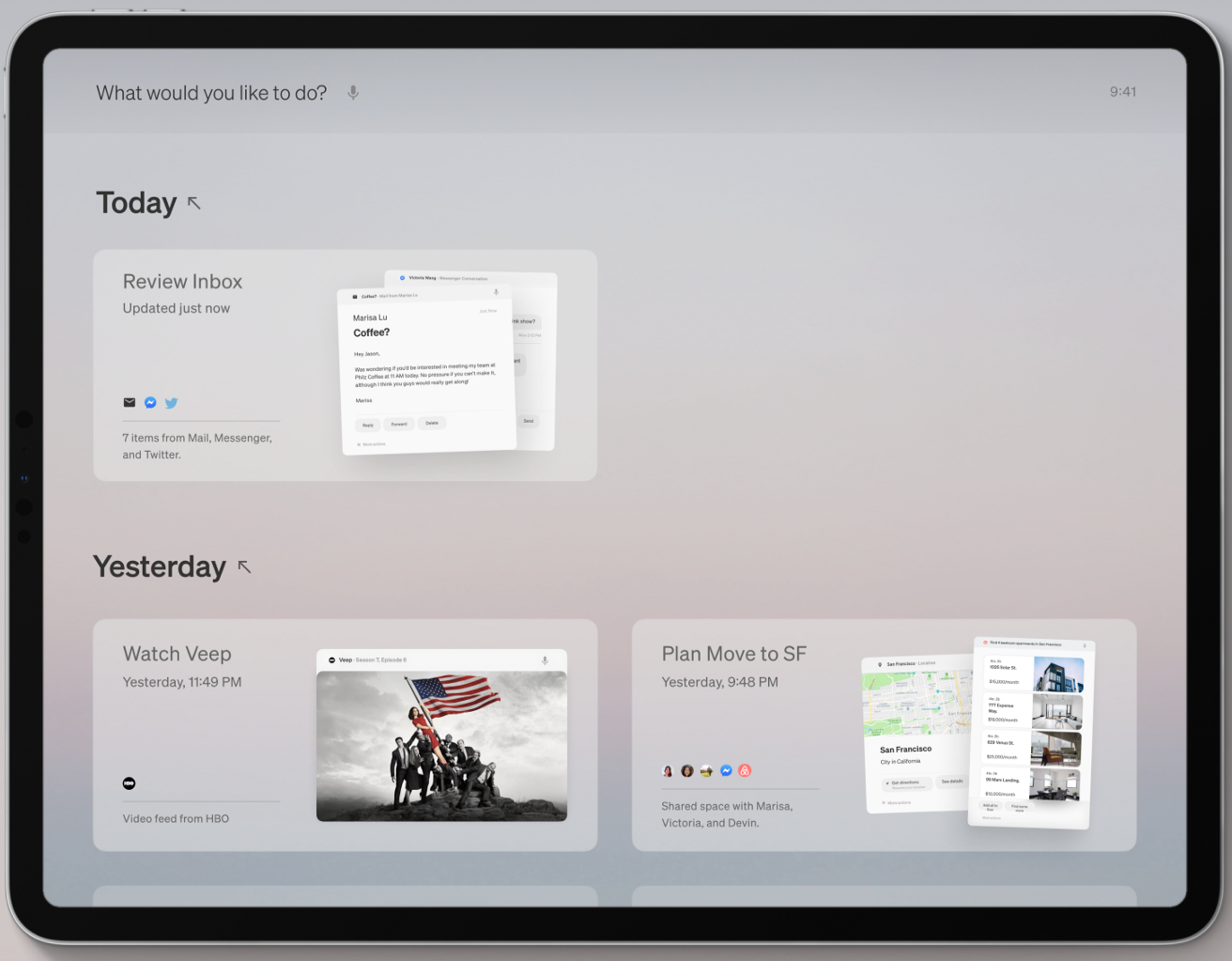 Digital design is just behavioral economics with a presentation layer.

You waste a perfectly good problem by stopping at one solution.

Dependabot So GitHub bought Dependabot and it's now free and what's your reason for not using it?

This is how our brain detects shapes An algorithm for turning hand-drawn shapes into vector graphics. 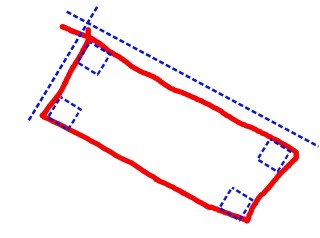 Rik van Noord 👇 "Do word embeddings really say that man is to doctor as woman is to nurse? Apparently not." This thread explains why.

If you're wondering what "P-four-nines" means, it's the latency at the 99.99th percentile, meaning only one in 10,000 requests has a worse latency. Why do we measure latency in percentiles?

A thread about how how it came to be at Amazon...

Charlie Owen Before there was CSS Grid …

Someone asking "is that React?" is a question that will haunt me to my grave.

Javascript is a viable candidate for a universal standard for programming languages because, like English, it is confusing and inconsistent and no one knows why we went with it in the first place.

🤯 Unbelievable! 46% of JavaScript developers use JavaScript

“Elder, why is it flat instead of flatten?” the student asked, “should the method not be in the form of an action, as spoken in the Old Tongue?”
The Elder sighed deeply and spoke: “Young One, that is a dark tale. First you must understand the history of the Tools of Moo...”

Is High Quality Software Worth the Cost? TL;DR "Customers do care that new features come quickly"

The difference is that the best teams both create much less cruft but also remove enough of the cruft they do create that they can continue to add features quickly. They spend time creating automated tests so that they can surface problems quickly and spend less time removing bugs. They refactor frequently so that they can remove cruft before it builds up enough to get in the way.

Me, 10 years ago: “I want all my tests ahem specs to be beautiful method-chained sentences; I’m a lyrically gifted TDD artist!”

Me, now: “Give me a good compiler plus a bare assert—or even pattern match that just blows up straight in my face, I’m too busy for faff.”

you only scale your company, team, and self when you start seeing dependencies as opportunities rather than risks.

Jason Lemkin Speed of iteration is everything:

The slower you are to release new code and new features,

The sooner you accept that scope change is a part of your normal process, the happier you will be.

Organizations don’t run out of good ideas - they overlook them.

It’s the middle of the night. Do you know who your iPhone is talking to? Apple says, “What happens on your iPhone stays on your iPhone.” That may be true of Apple's own apps, but not the 3rd party apps installed on your phone:

And your iPhone doesn’t only feed data trackers while you sleep. In a single week, I encountered over 5,400 trackers, mostly in apps, not including the incessant Yelp traffic. According to privacy firm Disconnect, which helped test my iPhone, those unwanted trackers would have spewed out 1.5 gigabytes of data over the span of a month. That’s half of an entire basic wireless service plan from AT&T.

Schools Are Deploying Massive Digital Surveillance Systems. The Results Are Alarming The creepiest part: students aren't being listened to, but know they are being monitored 24/7, so they use that to communicate their concerns (h/t Benjamin Herold):

Sometimes students with a concern simply email themselves, with the expectation that algorithms will flag the message for adults, said Jessica Mays, an instructional technology specialist for Texas’s Temple Independent School District, another Gaggle client.

One student “opened a Google Doc, wrote down concerns about a boy in class acting strange, then typed every bad word they could think of,” Mays said. At the end of the note, the student apologized for the foul language, but wrote that they wanted to make sure the message tripped alarms. 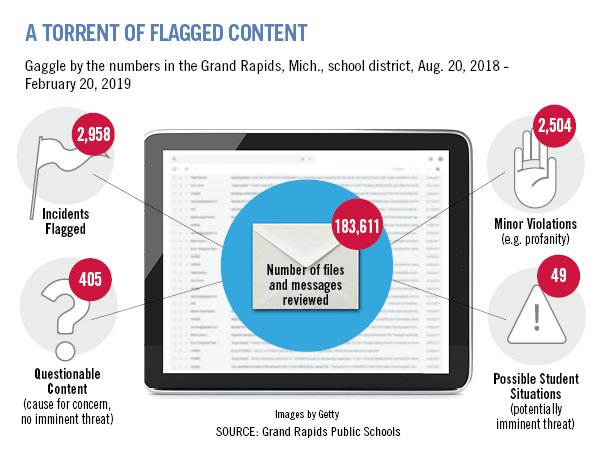 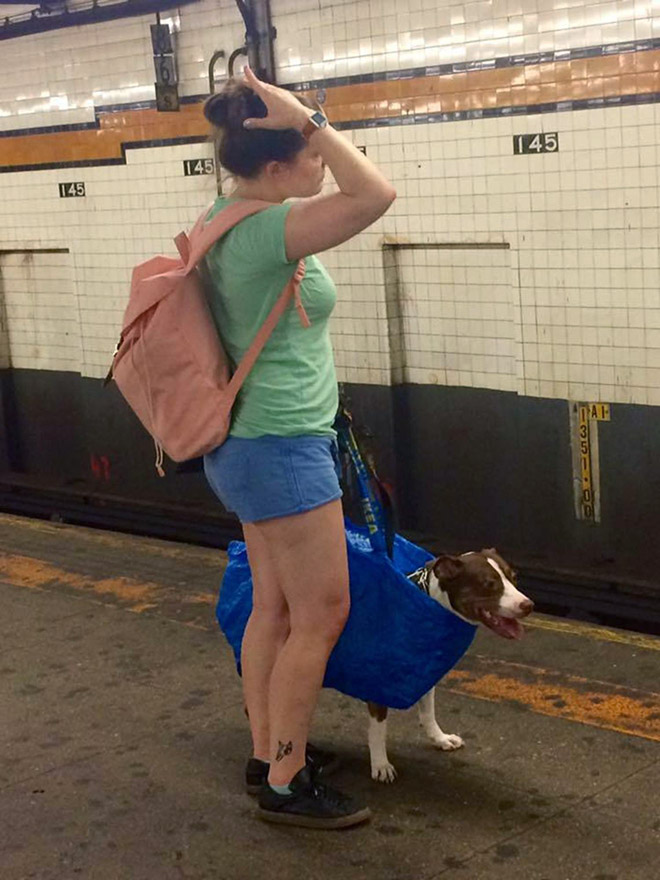 how I, a millennial, filter spam calls:

-if my phone rings, it's spam

Stig Abell I wish my diary was 1/1000th as interesting:

Elton John wins the award for the best diary entry ever (quoted in today’s Observer).

Does the news reflect what we die from? Rhetorical question.

As we can see clearly from the chart above, there is a disconnect between what we die from, and how much coverage these causes get in the media. Another way to summarize this discrepancy is to calculate how over- or underrepresented each cause is in the media. …

The major standout here – I had to break the scale on the y-axis since it's several orders of magnitude higher than everything else – is terrorism: it is overrepresented in the news by almost a factor of 4000. 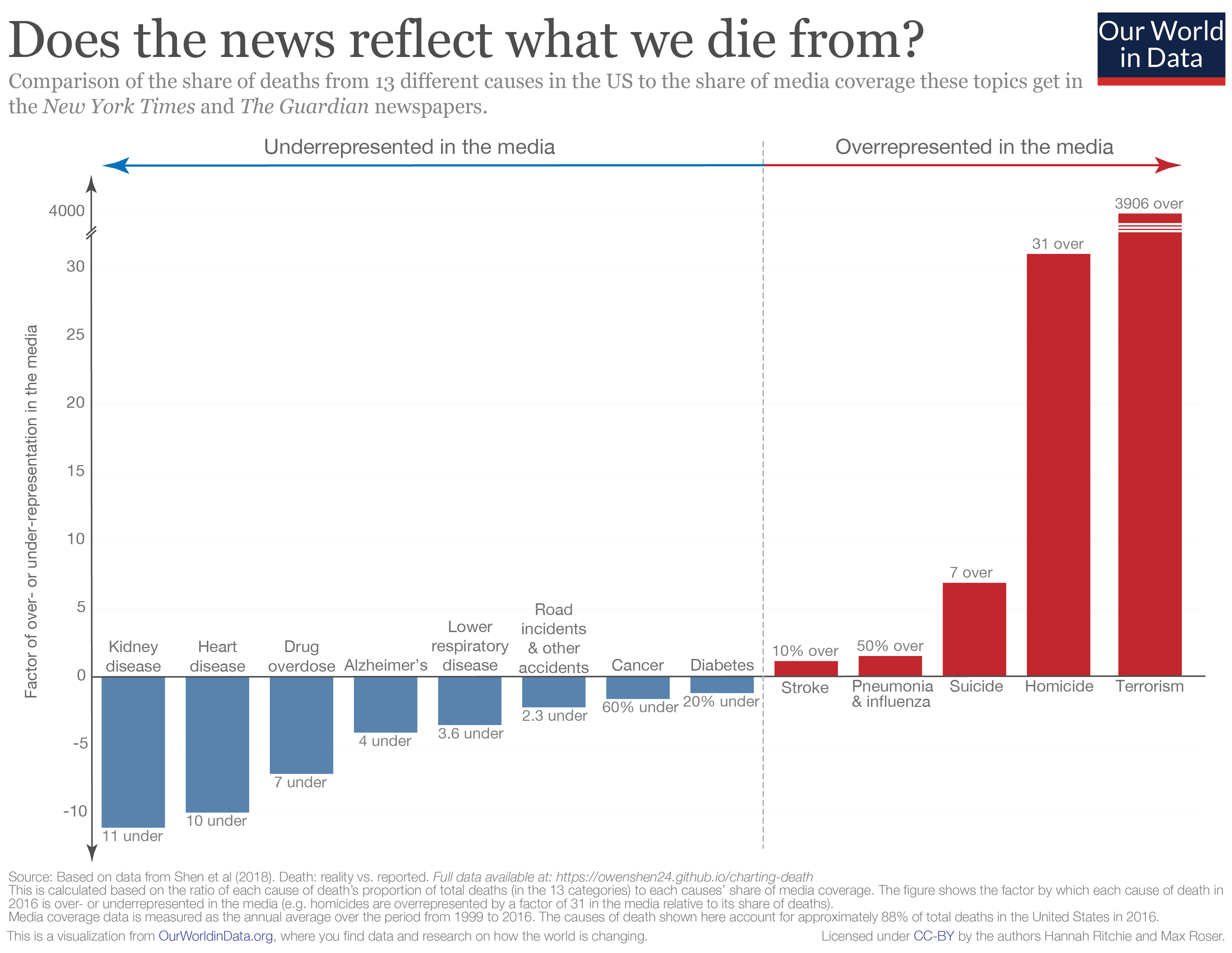 We love to hate the government. Then along came measles. Also on the topic of perception vs reality:

When government works, it becomes largely invisible, taken for granted, wiping out both crises and the traumatic memories of those crises. Bad government we remember and loathe and curse to our children; but good government is often a victim of its own success, the cure so effective that we forget how horrifying the ailment it eradicated was.

Russian trolls fueled anti-vaccination debate in U.S. by spreading misinformation on Twitter, study finds And the way these two (media bias and our memories) can be used to engage in cheap biological warfare.

Jose Daniel "Always make sure you give your patent application a last minute review. 🧐" 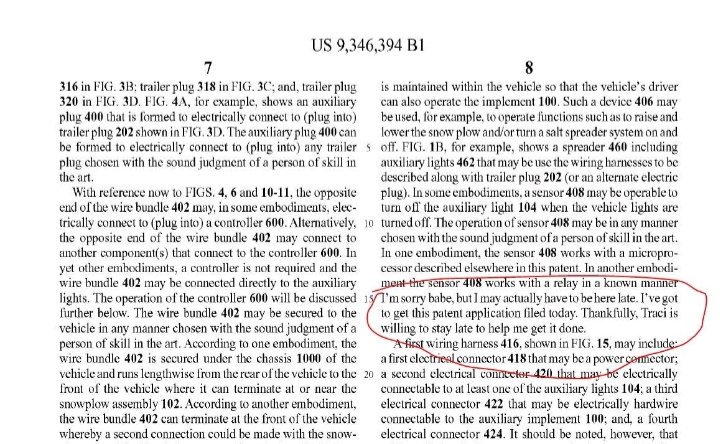 Clinicians—have you ever responded to one of these?

Last week I left the hospital and boarded a flight for my vacation. I then responded to the mother of all in-flight emergencies…