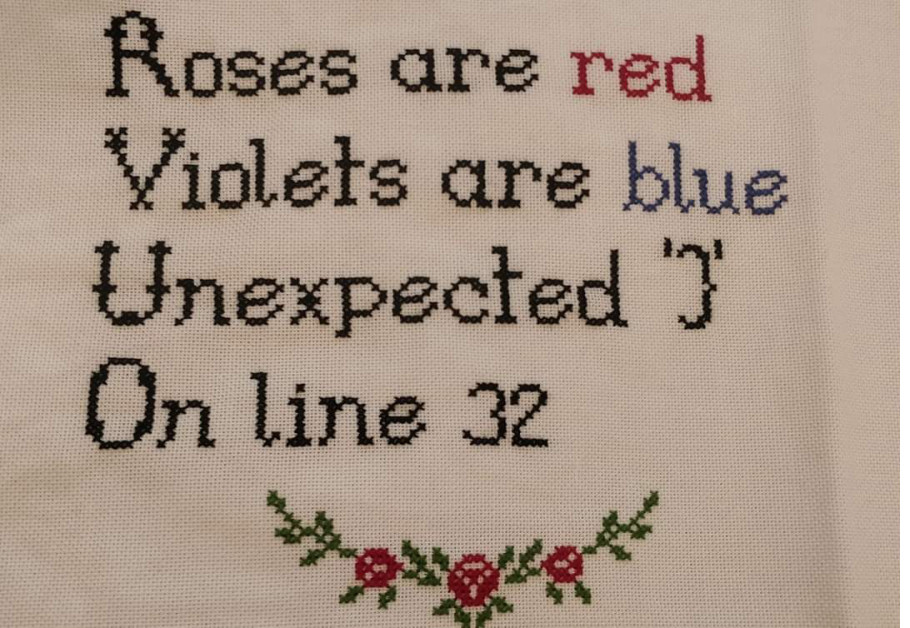 sunil pai, inc. I wish that was true for all apps, until then I habitually Cmd+S, some habits last a lifetime:

modern software has fully solved what was once a complete pita - loss of data when software crashed/closed:

OK, so I was curious, and I played Wordle. And I have a theory about why it's so successful. The design is ingenious in a very particular way

This is a philosopher of games' theory of Wordle. A thread:

And check out these metrics! Steven:

It’s user growth slowly declined to 1-2 downloads a day for the past 4 years…. Until 1 week ago when I logged into my dashboard and was SHOOK at what I saw 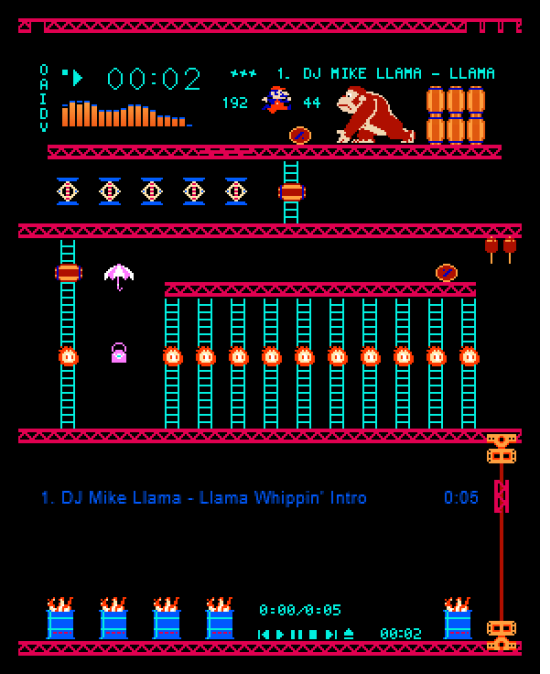 7 of the Best Cloud Storage Services That Are Cheaper Than iCloud, Google One, and OneDrive Competition is good. Interesting, one of these solutions is hack around Telegram giving users free storage. I bet they didn't expect this to happen:

Telegram, the popular private messaging service, comes with an unlimited cloud storage feature. And it has an API that lets Telegram apps do the same. So TeleDrive put two and two together and created a simple dashboard that lets you upload and share unlimited files across the internet.

tkellogg/dura What if git commit automatically every time you change a file so you can easily recover from mistakes:

Dura is a background process that watches your Git repositories and commits your uncommitted changes without impacting HEAD, the current branch, or the Git index (staged files). If you ever get into an "oh snap!" situation where you think you just lost days of work, checkout a dura branch and recover.

NixOS I have not tried this, but love the concept. NixOS makes it easy to use (and experiment with) different environments without blowing up your carefully manicured setup. Hopefully, this leads to more exploration.

Nix ensures that installing or upgrading one package cannot break other packages. It allows you to roll back to previous versions, and ensures that no package is in an inconsistent state during an upgrade.

Parcel CSS: A new CSS parser, compiler, and minifier written in Rust! Another day, another Rust tool for developing applications in … JavaScript:

Parcel CSS is extremely fast. It is over 100x faster than CSSNano for minification, and over 3x faster than ESBuild. It can minify over 2.7 million lines of code per second on a single thread. This example shows a benchmark that minifies Bootstrap 4, which is about 10,000 lines.

"Exec dev tools" nominally target developers as the user, but they're primarily solving the problems that execs care about. It makes sense that these tools do well since execs do the buying. But they often meet exec needs at the expense of developer needs. 2/

A New Container Query Polyfill That Just Works You can use container queries today with this polyfill.

How-to: Accessible heading structure “Headings are the backbone of the content of a page. A visitor should be able to scan or navigate a webpage using headings to get a good impression of its content.” 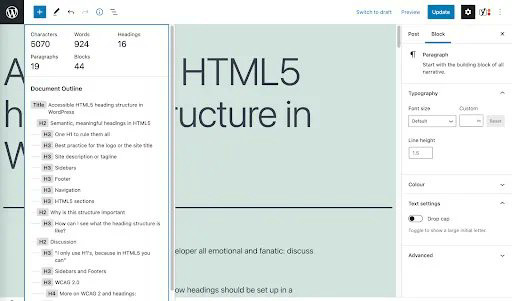 Publishing and consuming ECMAScript modules via packages What’s the difference between import from “foo”, import from “#foo” and import from “./foo.js”? And here's a cool trick using package imports (Node 14 and beyong):

Martin Kleppe The Matrix animated quine in only 187 bytes! Took me > 10 minutes to figure out how it works.

Five takeaways from looking for a new senior role in tech If you’re in the market, here are some helpful tips and good luck! 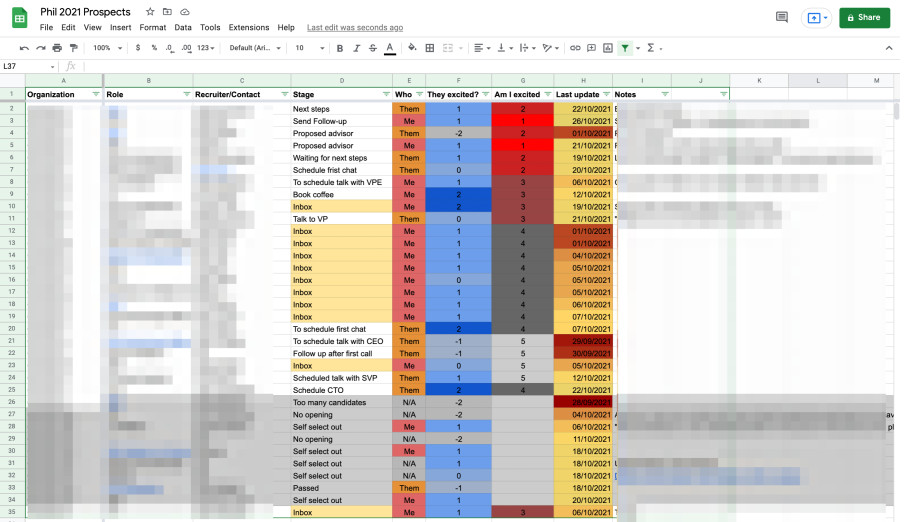 Nathan Barry 👇 Some great ideas in this thread:

Struggling to connect on your remote team?

Here are 10 ideas for building great culture in a distributed team: 💻🌐

Marketing Is Scary for a Solo Developer Why and how to do marketing as a solo developer:

Instead of publishing a blog post, I add another feature to my product. Instead of sending a tweet, I tweak CSS on my site. I don't like to do marketing, "build my brand" or whatever. I like to write code instead. But the thing is: when I don't focus on marketing, I don't make money with my microstartup. Like microfounder Raz [https://twitter.com/razvanilin] I follow on Twitter. I can see how he enjoys spending time writing code. I see it from his tweets, Twitch streams, and also in the produc 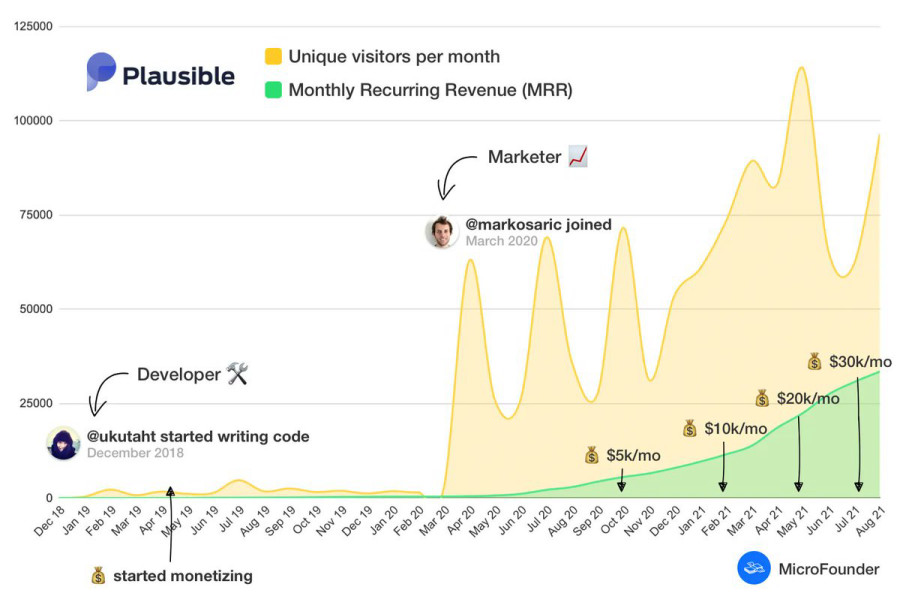 Making Open Source software safer and more secure Google will literally do all these things (for a while) instead of paying open source developers:

In the discussion today, we proposed setting up an organization to serve as a marketplace for open source maintenance, matching volunteers from companies with the critical projects that most need support. Google stands ready to contribute resources to this effort. 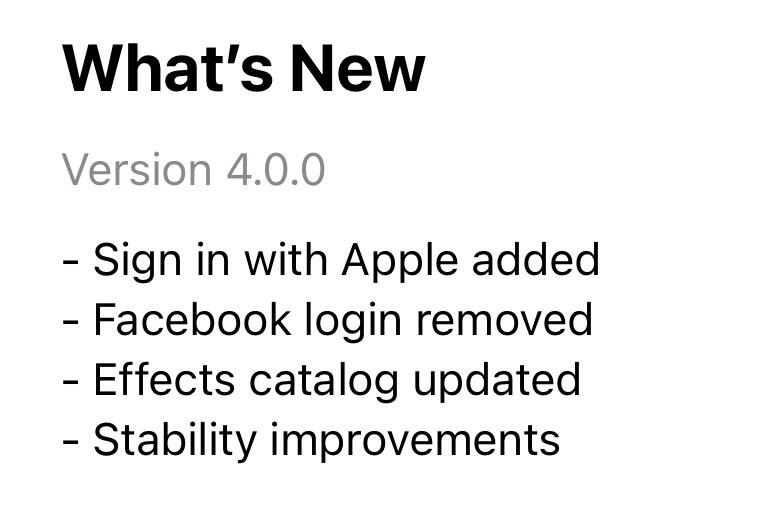 JavaScript developer screws over own popular npm packages Faker.js and colors.js, both of which are damn popular:

Six days ago, faker.js, used for generating fake data for API testing, also received an unexpected update: it removed the code, added the commit message "endgame," and replaced the ReadMe file with the question, "What really happened with Aaron Swartz?"

It sounds like the developer has some checkered history:

He claims to have had a rough few years, such as his primary residence burning and having his equipment confiscated. He then went on to solicit donations. What he leaves out is it was his own fault. He burned it making bombs with the express intent to cause harm.

Pete Muntean When your thread model is heat-seeking missiles, I’m guessing this will help FedEx not lose your next delivery: 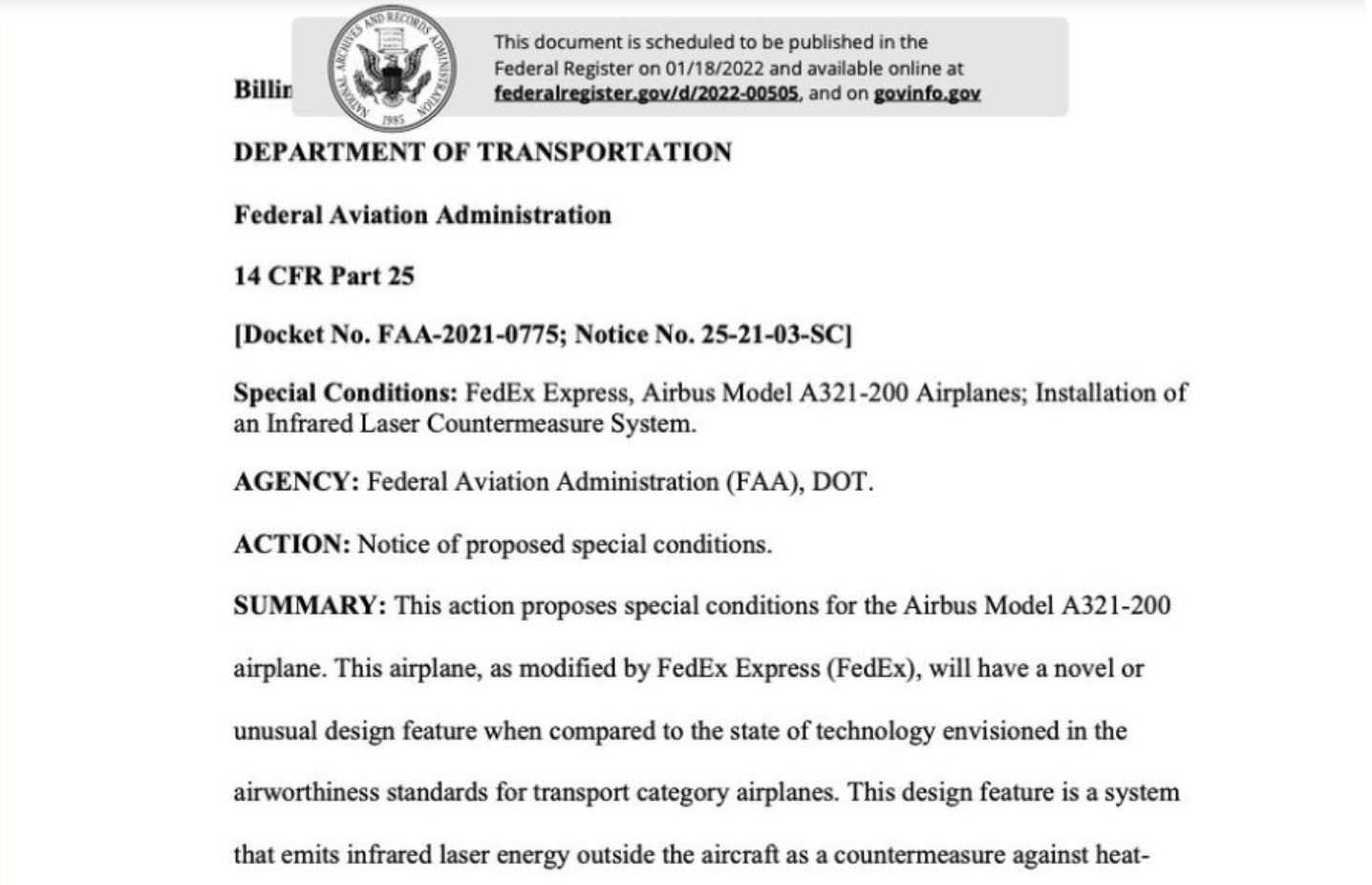 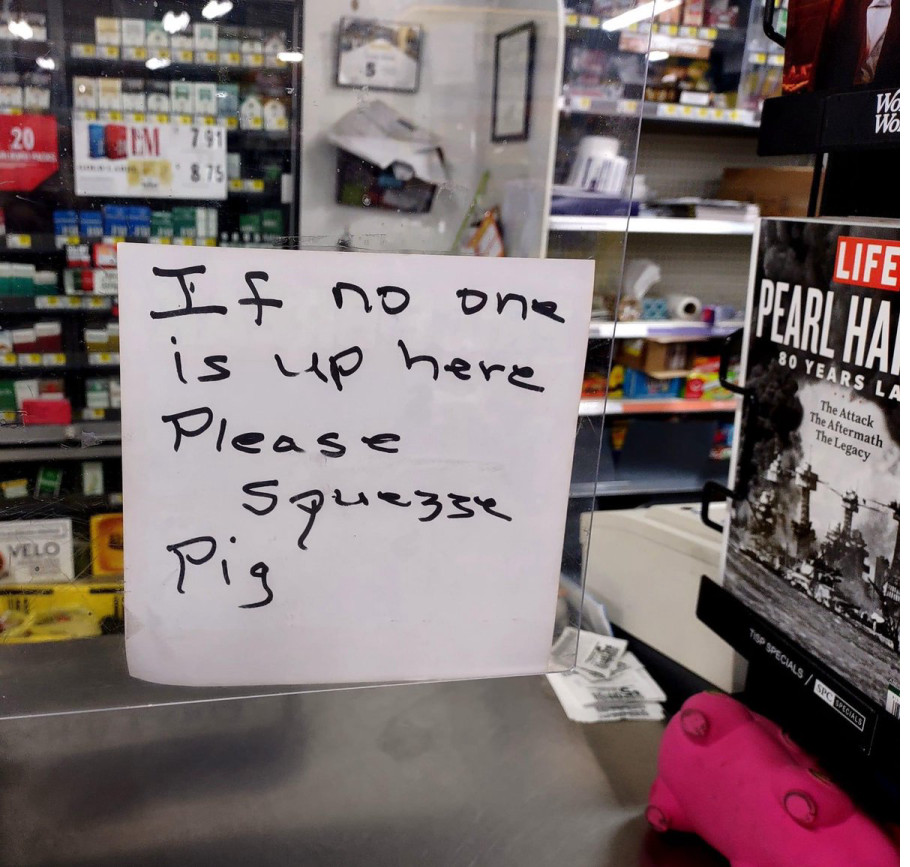 Experiencing a loss of taste? You may have COVID or NFTs. 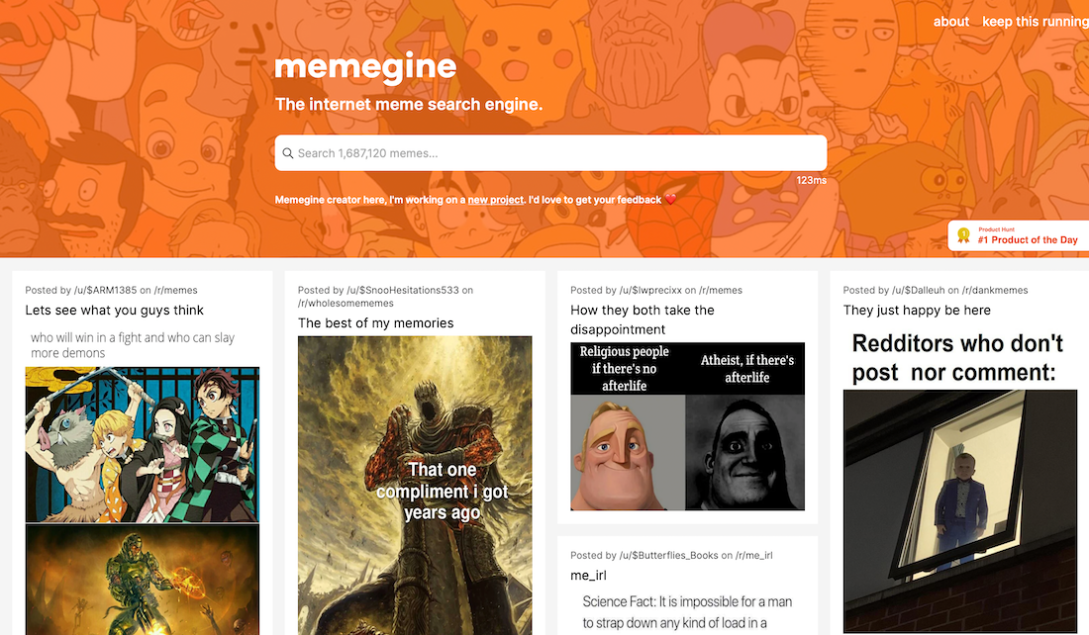 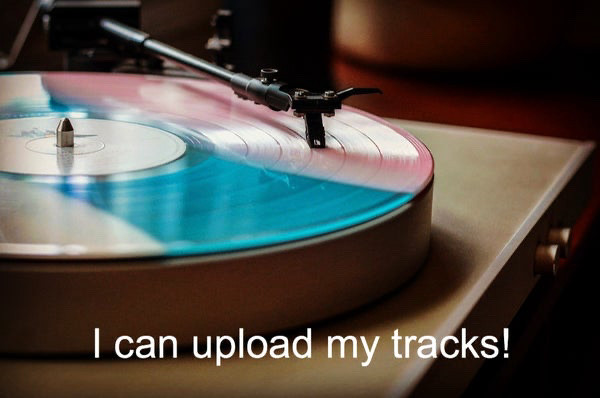 "No piece of art has ever emotionally affected me the way this robot arm piece has. It's programmed to try to contain the hydraulic fluid that’s constantly leaking out and required to keep itself running... 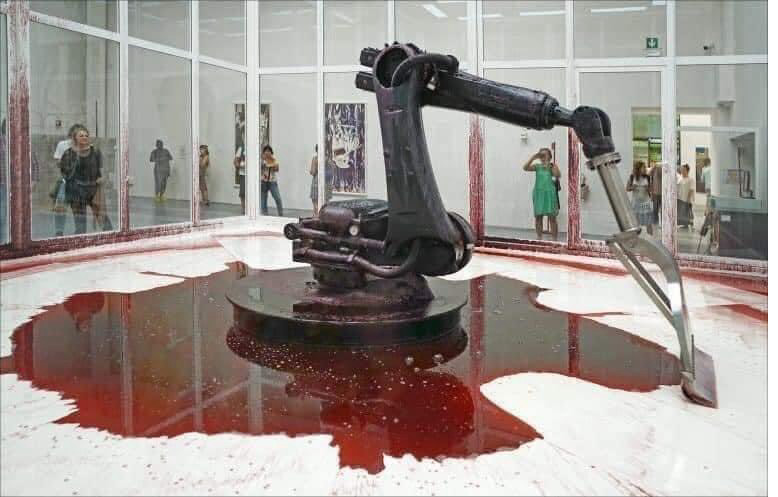 Fun fact, the infamous Sony Playstation 2 Development Tool, which while much larger shared a lot of design elements with the consumer Playstation 2, are both based off of their now demolished Sony Playstation Tool building in the Ginza district of Tokyo, Japan. 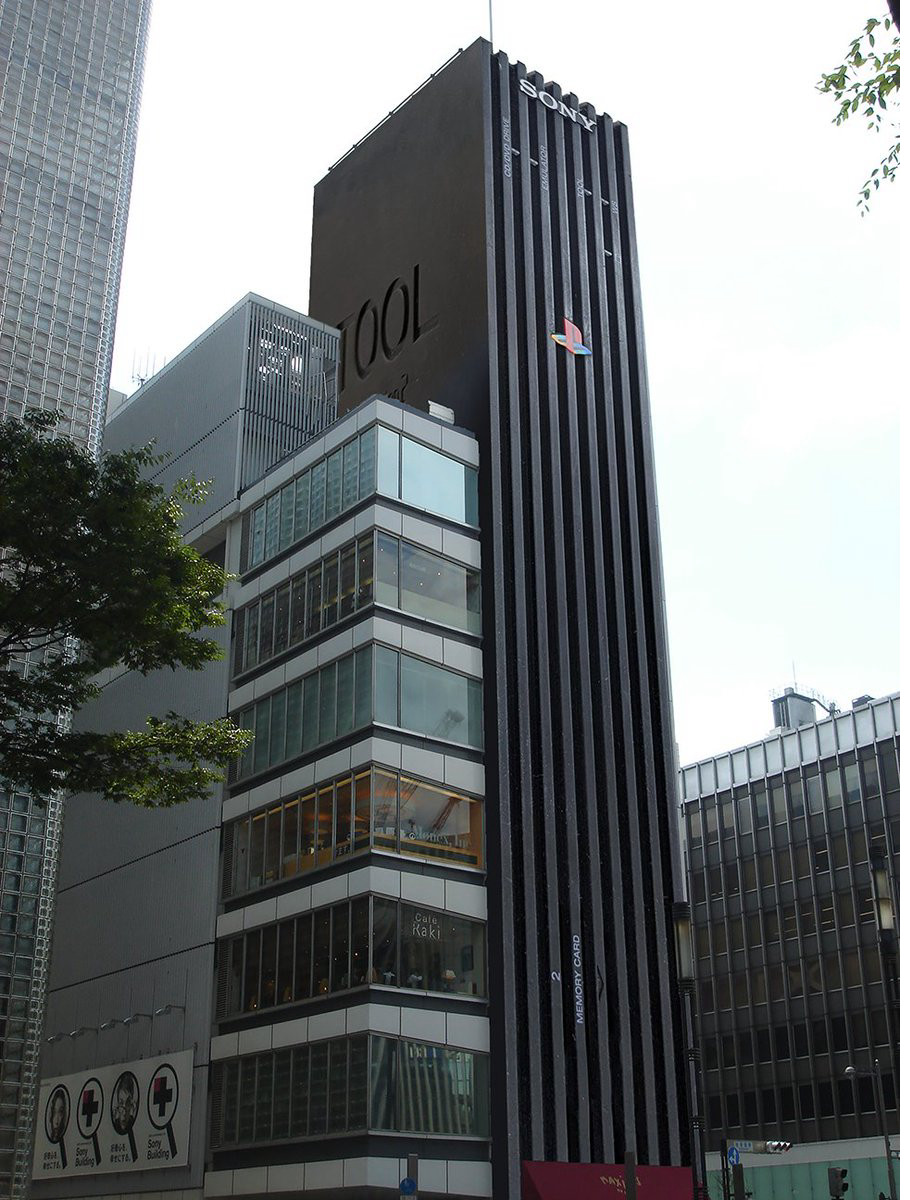