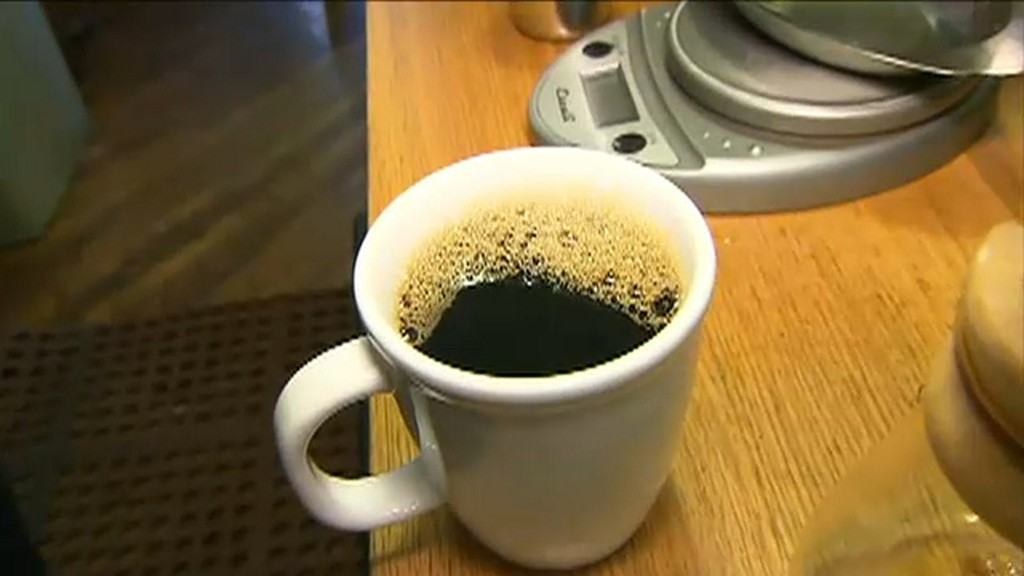 California makes this one easy. Ballot arrives by mail, and you can mail it back (no postage necessary) or drop at one of many drop boxes (contactless). And you can track your ballot by email/text.

The federal part is easy, you get two choices: democracy vs fascism.

The state/local part can be more complicated, with 20+ propositions and measures on the ballot.

Thankfully, ballotpedia.org covers what's on your county ballot: who’s running? who’s supports them? where is the money coming from?

And Prop 22 is a record breaker. Apparently $180M is the break-even to keep benefits away from gig workers:

Anyway, after you're done reading this, do your research. I heard that today is the perfect day for voting.

10X Product Manager “Imagine your designer bringing this up for implementation. Hot tears 😂😭”

Digital Ocean App Platform Sweet! Digital Ocean launches their zero-ops platform for deploying web apps. Supports Node.js, Python, Go, PHP, Ruby, static, Docker. Static sites up to 1GB traffic for $0. Back-ends start at $5/month, cheaper than Heroku, competitive with Netlify and Vercel. The UI is much better than anything AWS/GPC could muster, and for individuals/small team I think that's a winner. 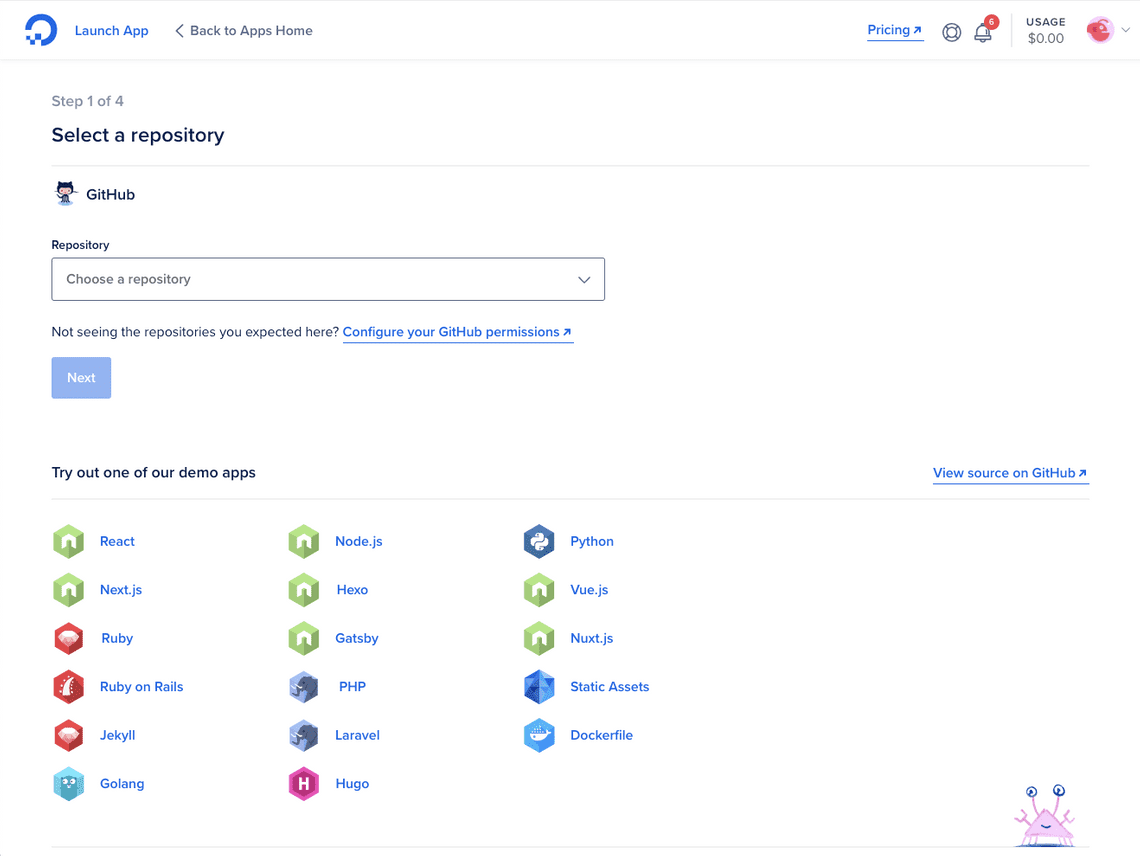 How Excel may have caused loss of 16,000 Covid tests in England Cue last week’s joke about Excel and dates. On a serious note, though. Excel is the democracy of databases. It’s horrible except all other databases are worse.

Excel is bad at data handling, slow with large sets, and if you load too much data, it will refuse to store it without a warning. And yet, Excel (+ some other Office apps) is $9/month. Compare that to developing a custom app using the ideal database server: 5 developers x 6 months.

small robots “What a time to be alive!” 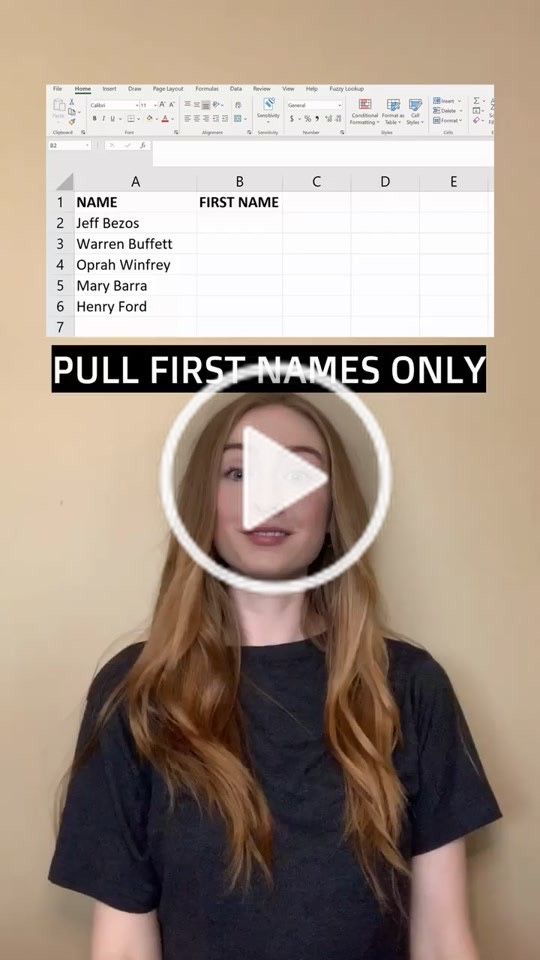 David Peterson 👇 Apropos, this thread about Airtable, the heir apparent to Excel's:

I’ve been digging in with @airtable / no-code consultants over the past few weeks. Most work with SMBs. It was eye-opening.

I spend a lot of time talking to startups about the power of these tools...I think I’m completely missing the plot.

Danielle Baskin “This text-based conference is incredible. We are trading "rares" by the swag table. I only want conferences to be MUDs from now on. 🤣 SO GOOD @roguelike_con”

Jason as a Service

Why Tailwind CSS Solid point. Naming is hard. Avoid until your codebase grows enough to justify the effort:

How many millions in developer-hours do we waste every year bickering over names?

With utility CSS we significantly reduce the total number of names in our codebase, and perhaps more importantly, the number of names we have to independently invent and remember.

Chris Coyier “Very clever CSS trickery here from Carter Li. If you declare a CSS Custom Property as an <integer>, then it can be interpolated as an integer. Meaning it can be animated https://css-tricks.com/animating-number-counters/”

Oracle: please pay up for your license of Java
Google: we owe nothing, we wrote our own Java for Android
Oracle: yet you used our Java API, care to explain?
Court: what's an API?
Software industry: 🤦‍♀️

Yan Cui is making the AppSync Masterclass “This is gold.” 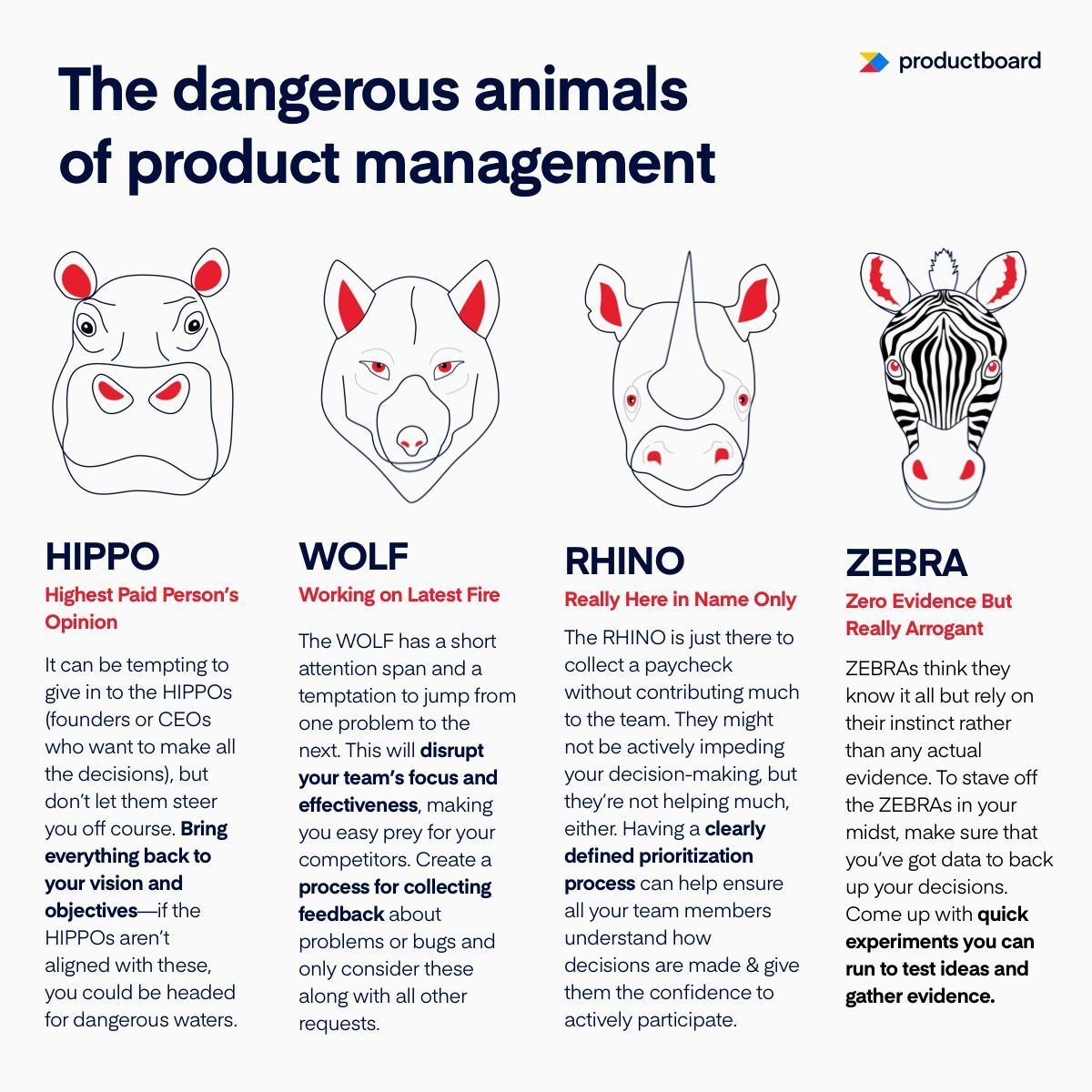 Dare Obasanjo “We polled our employees and they agreed our interview processes are fair and everyone we’ve hired is here on merit.” 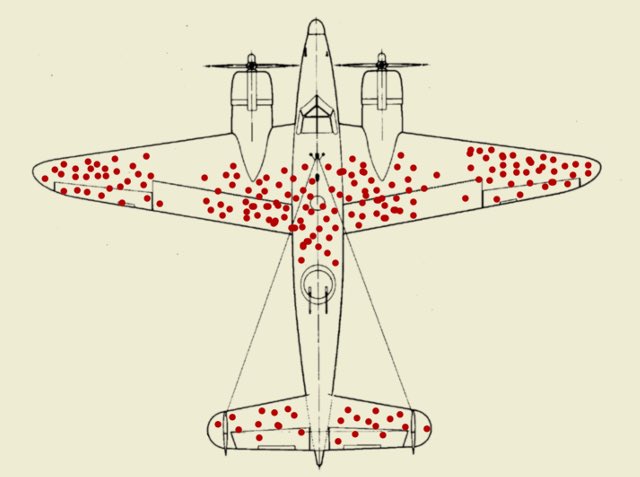 The end of the American internet How the US is shooting itself in the foot:

“It doesn’t really matter if Silicon Valley ends up as 25% or 75% of the next 100 important companies - America doesn’t have a monopoly on the agenda … Regulation is an export industry, and a competitive industry 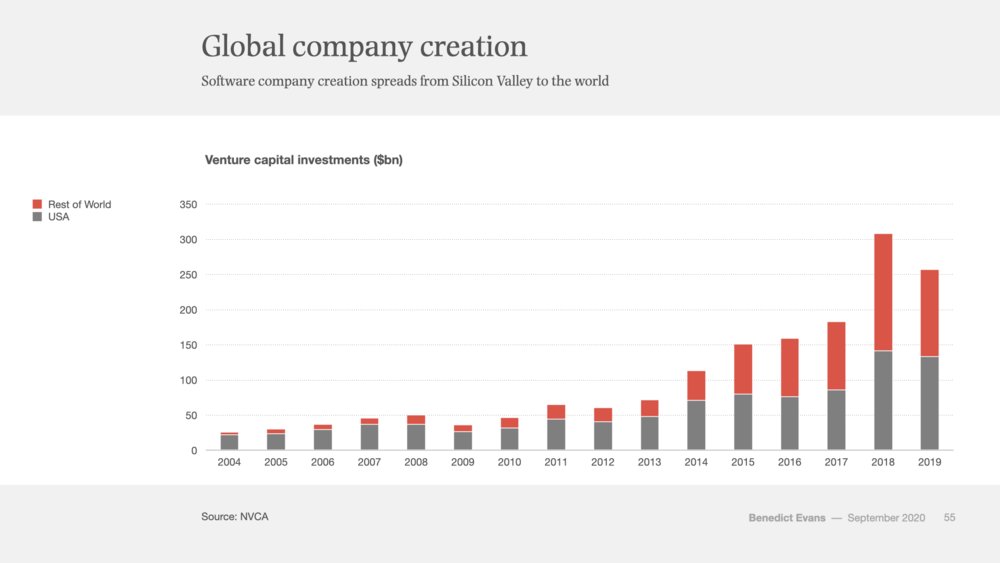 What I Didn't Expect to Learn From Running My Side Hustle TL;DR Engineering quality matters less than you think. Also, charge more.

Security flaw left ‘smart’ chastity sex toy users at risk of permanent lock-in Not every device needs Bluetooth. And especially not this device. 😱

We Hacked Apple for 3 Months: Here’s What We Found As far as exploit reports go, this is a pretty good read:

During our engagement, we found a variety of vulnerabilities in core portions of their infrastructure that would've allowed an attacker to fully compromise both customer and employee applications, launch a worm capable of automatically taking over a victim's iCloud account, retrieve source code for internal Apple projects, fully compromise an industrial control warehouse software used by Apple, and take over the sessions of Apple employees with the capability of accessing management tools and sensitive resources.

Google is giving data to police based on search keywords, court docs show These are called “keyword warrants”, and target every person who made a Google search:

Court documents showed that Google provided the IP addresses of people who searched for the arson victim's address, which investigators tied to a phone number belonging to Williams. Police then used the phone number records to pinpoint the location of Williams' device near the arson, according to court documents.

Yvonne Lam I feel your pain:

Partner: I have three different accounts for single-sign on.

Partner: They're all single sign-on for something.

🏛 Politics as a Service

Now, when a business gets lifted into the public spotlight for reports of “overtly racist” behavior, its page will be flagged with a “Business Accused of Racist Behavior” alert, along with a link to a news story about the conduct in question. Reviews will also be temporarily disabled with these alerts.

I can’t help but think all these complex product changes … you don't need them if you just apply the ToS to Individual 1.

Facebook Just Forced Its Most Powerful Critics Offline Meanwhile, Facebook will put a stop to all campaign ads … after the elections are over. And knock its critics offline:

“It's not just that a company that has used 'free speech' as a protective cloak would go after our ISP and drive us off the internet but that its official spokesman responds to such criticism by attacking and trolling journalists.”

A follow up to Coinbase as a “mission focused” company Coinbase wants you to know that only 5% of employees decided to leave over the “my politics, or the highway” policy. For reference, when a typical CEO publishes a blog post, only 0% of employees leave the company.

Also, Coinbase not aware that leaving a job in the midst of an economic disaster is a privilege that's not available to everyone:

I wanted to share that about 5% of employees (60) have decided to take the exit package. There are a handful of other conversations still ongoing, so the final number will likely be a bit higher. … It was reassuring to see that people from under-represented groups at Coinbase have not taken the exit package in numbers disproportionate to the overall population.

House: Amazon, Facebook, Apple, Google have “monopoly power,” should be split The report is scathing. The case is clear. We'll get more competition (and growth) if we split the FAANG. So expect little to come out of this.

"Companies like Apple, Amazon, Google, and Facebook have acted anticompetitively. We need to rise to the occasion to offer the American people a solution that promotes free and fair competition and ensures the free market operates in a free and fair manner long into the future." Several other Republican members of the committee signed on to similarly themed statements.

Bill When's “I want to approach life with the same passion as this French guy approaches butter.” (via Food Insider)

A few rules of thumb

“Logic is an invention of man and may be ignored by the universe,” historian Will Durant says. That’s why forecasting is hard.

Simple explanations are appealing even when they’re wrong. “It’s complicated” isn’t persuasive even when it’s right.

wilkie “this is a good defense attorney”

I am a full-time professional purveyor of thoughts and prayers, and I would just like to emphasize that they are not a substitute for humane public policy and accessible healthcare for all. 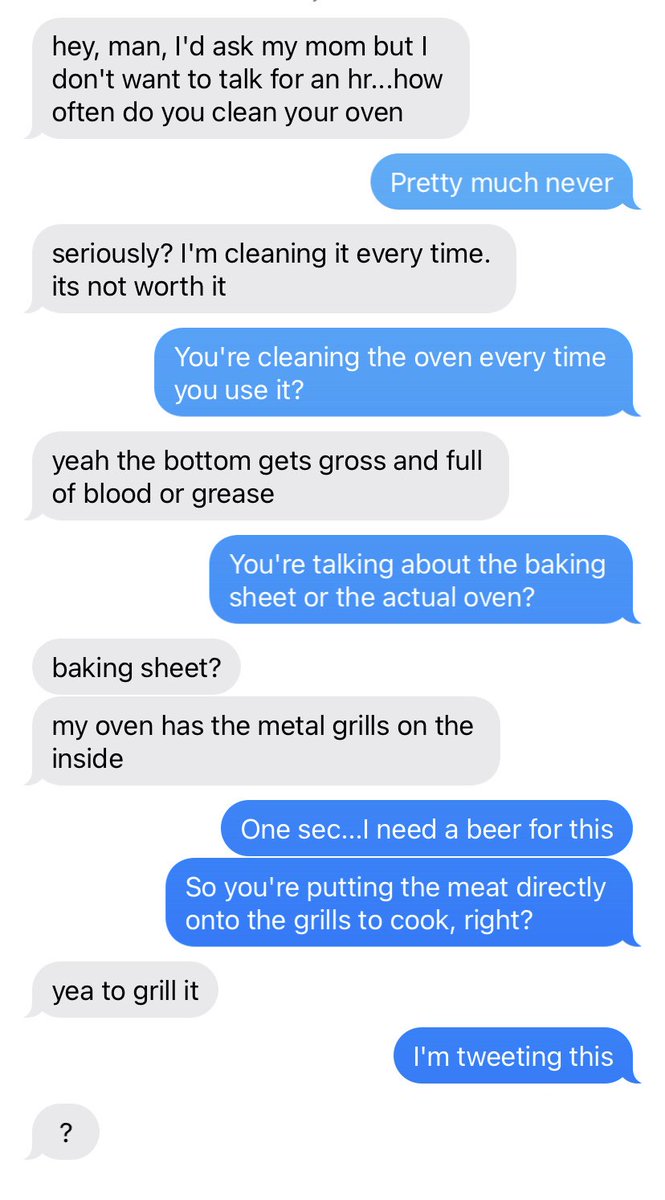 Good morning. This is your daily reminder (mostly for me) that one way narcissists exert control is by forcing everyone to pay attention to them.

Daniel Holland “A thread of medieval paintings of animals that look nothing like real animals because the artist had never seen them.
Starting with - The Oyster” 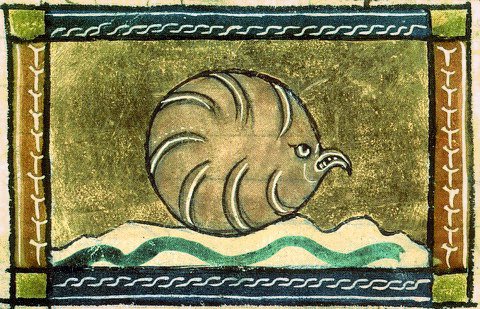 This is news hyperinflation. Journalists are wandering around with wheelbarrows full of news but it's all worthless because it now costs one million news to buy a loaf of bread.

After much discussion in our newsroom, we've decided that moving forward, we will be using the term "domestic terrorism" or "domestic terrorist," rather than militia. We feel these words better define the subjects of the investigation.

The picture that emerges is one that underscores how systemic racism has calcified within many of America’s institutions, creating sharply disparate outcomes in housing, education, the economy, law enforcement and health care.

Eugene Wei “TFW your own algorithms and monetization incentives are to blame for behavior that you rib your creators for.”

FAQs on Protecting Yourself from Aerosol Transmission At 57 pages long, not a quick read, but it covers a lot of ground. Probably everything you wanted to know about masks, distancing, ventilation, surfaces, etc. 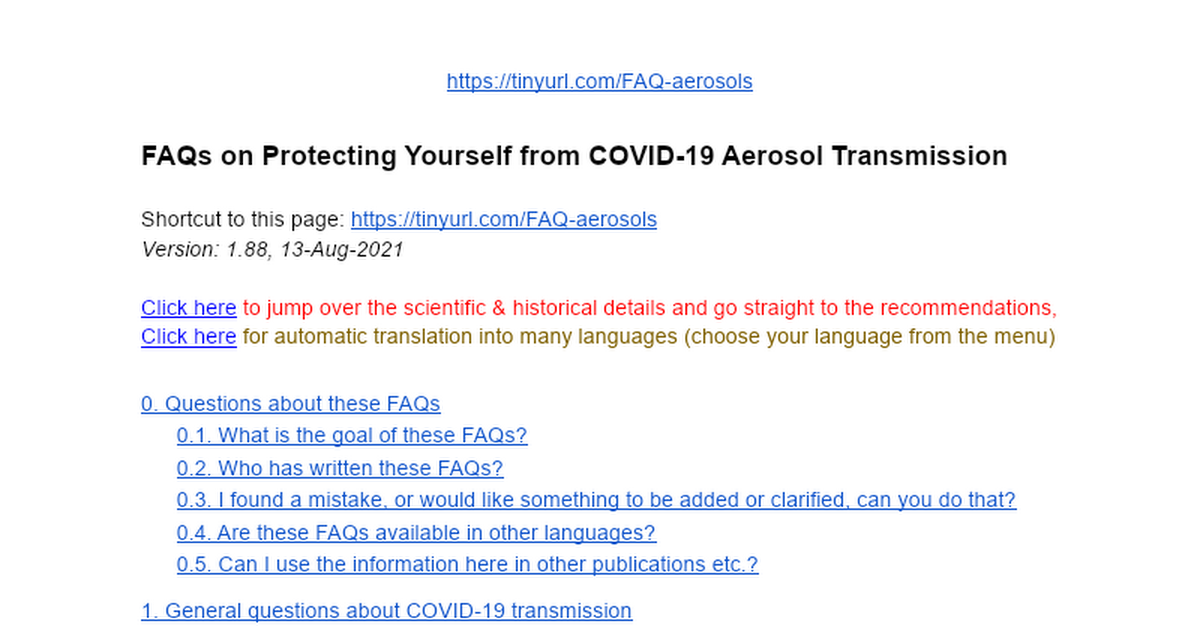