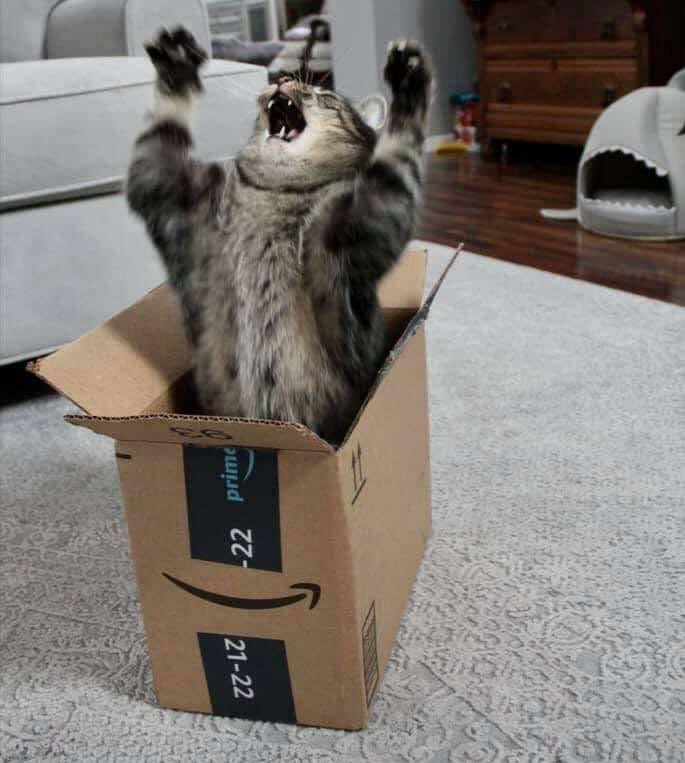 Improving the Tesco Loan Calculator A step by step guide to making a form simpler and easier to use. Also “web form designer“ should be a real job.☕️ 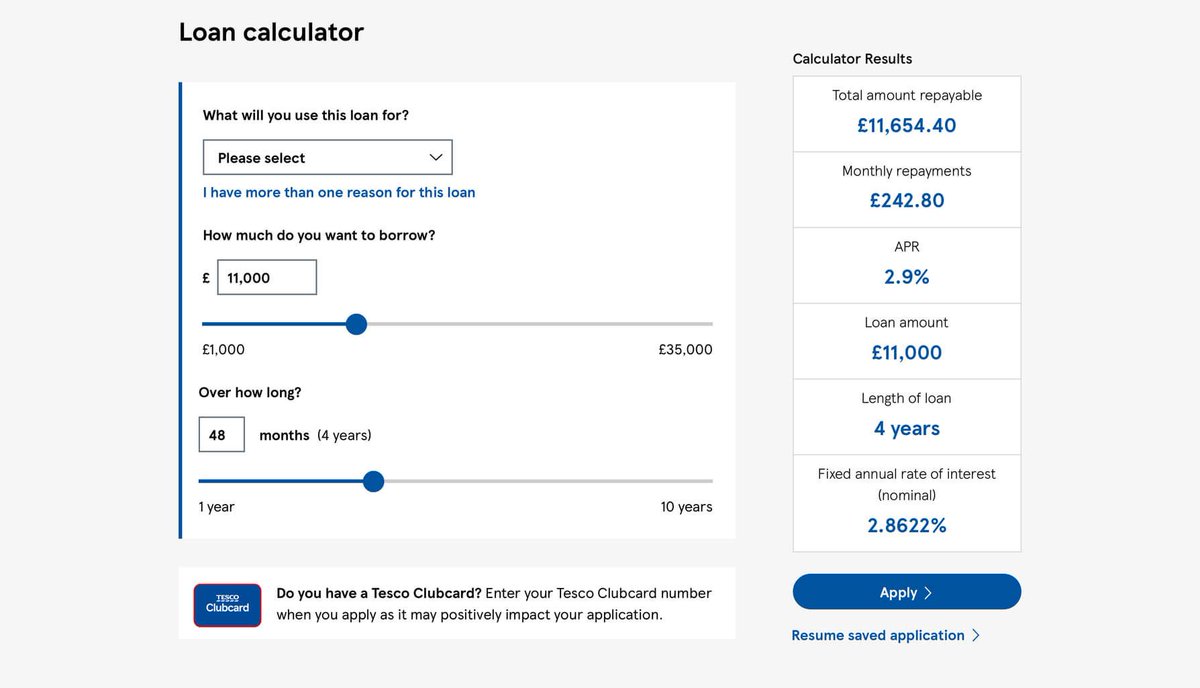 Kirti Varun Not all MVPs are created equal — painkillers vs vitamins:

The biggest reason why most MVPs don't work is because not all user problems are created equal. There are broadly 2 types of user problems - painkillers (must-solve), and vitamins (good to solve). (6/22)

Eli Scheinman “The PM who wrote this is ❤️ @SlackHQ” 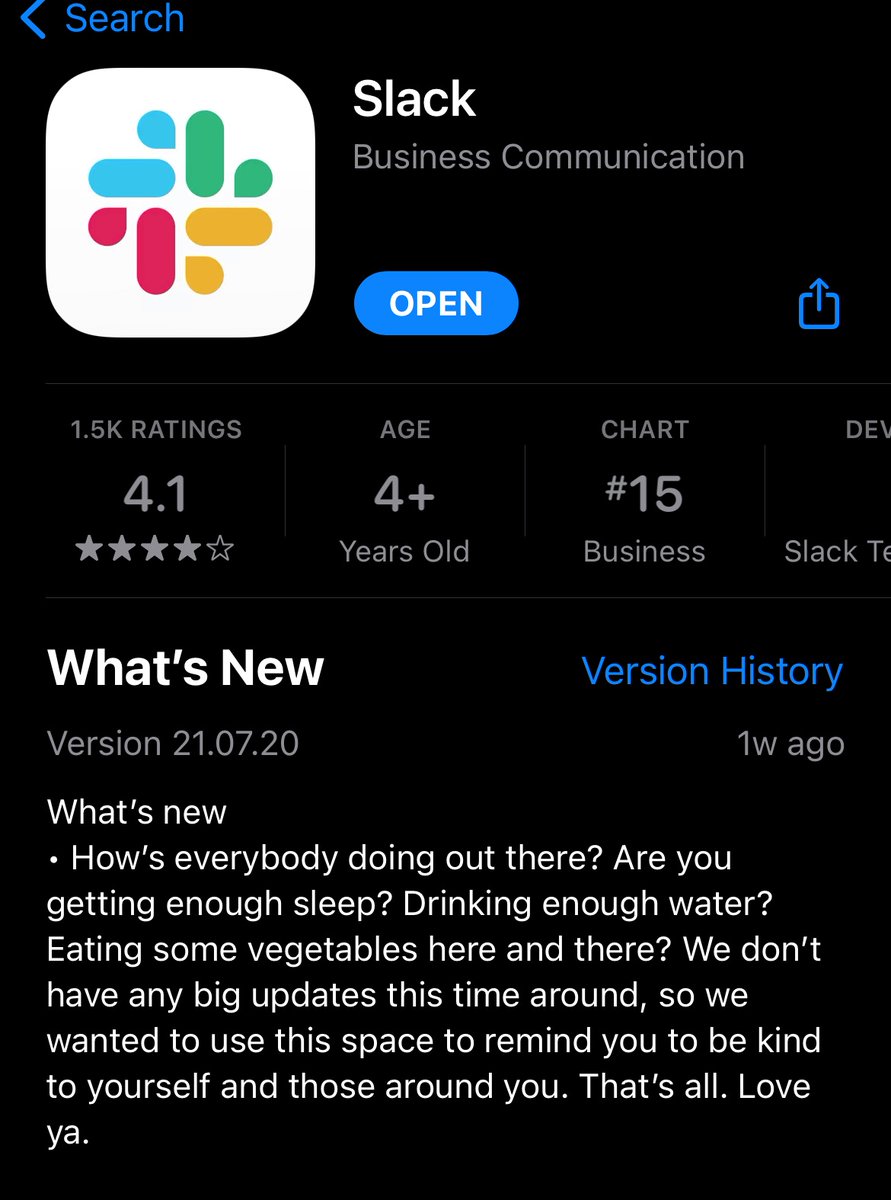 Stack Overflow Developer Survey 2021 60% learned how to code from online resources, they love Redis and Postgres nearly as much, prefer Typescript over Go, dread COBOL even though COBOL pays better than Java or PHP, only 2.75% use Svelte but swear by it, and other random insights. 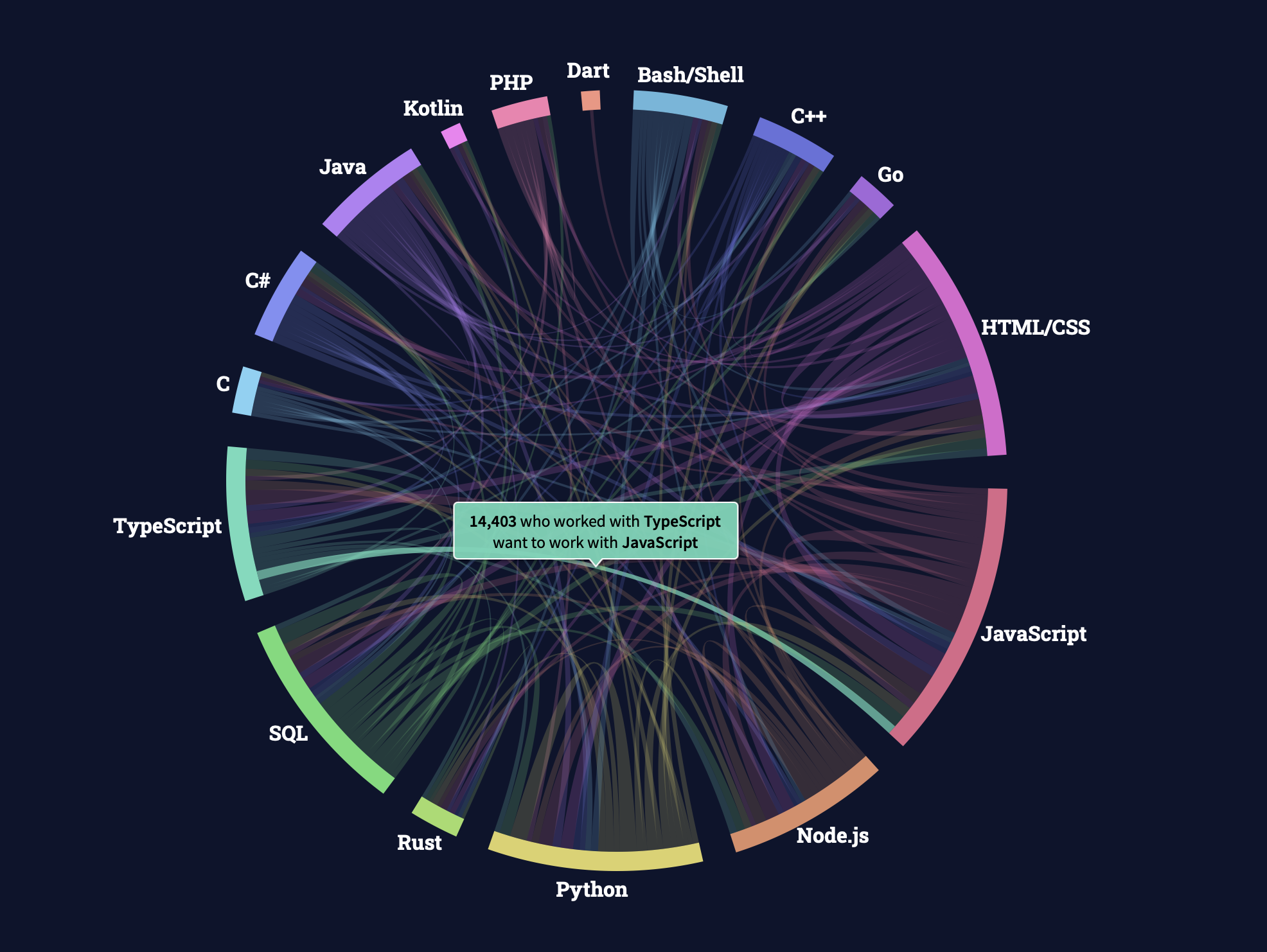 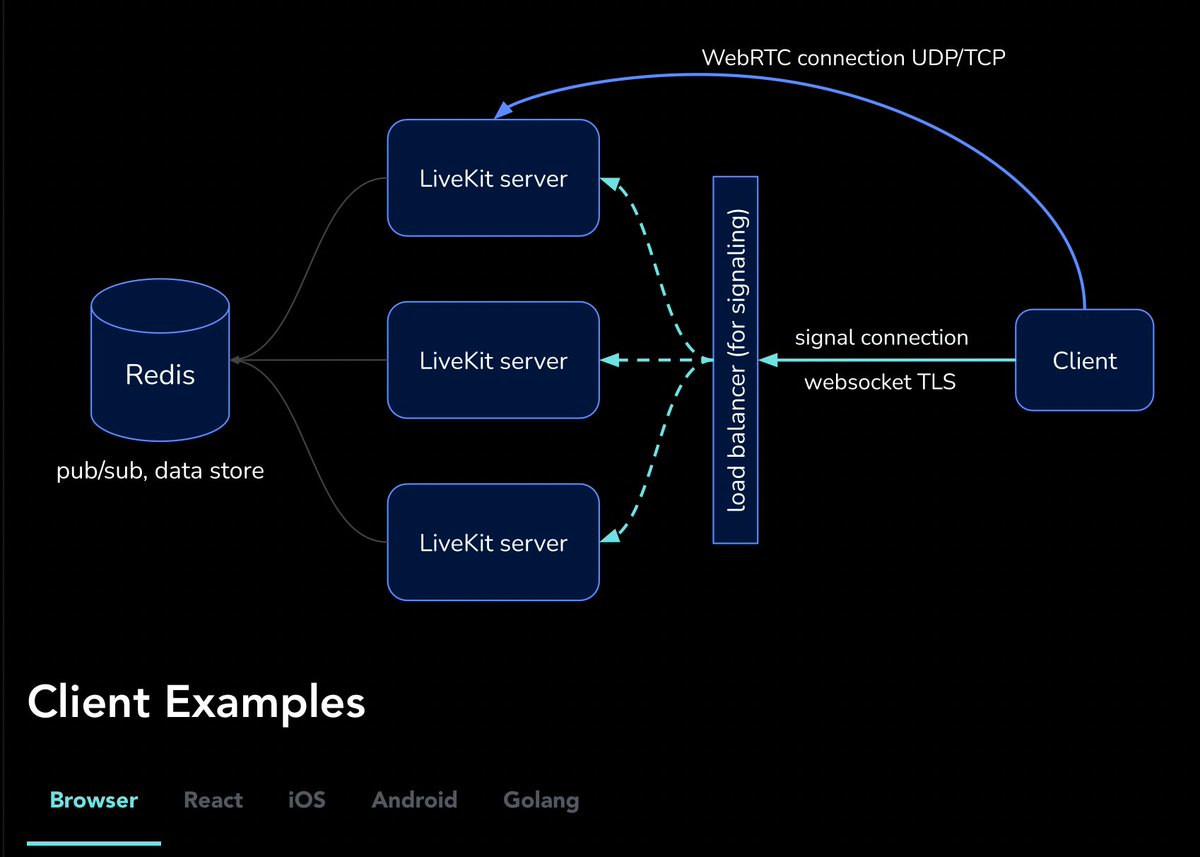 How we reduced Next.js page size by 3.5x and achieved a 98 Lighthouse score Analyze your dependencies, use dynamic imports, purge unused CSS, optimize images, and cut down on prefetching. 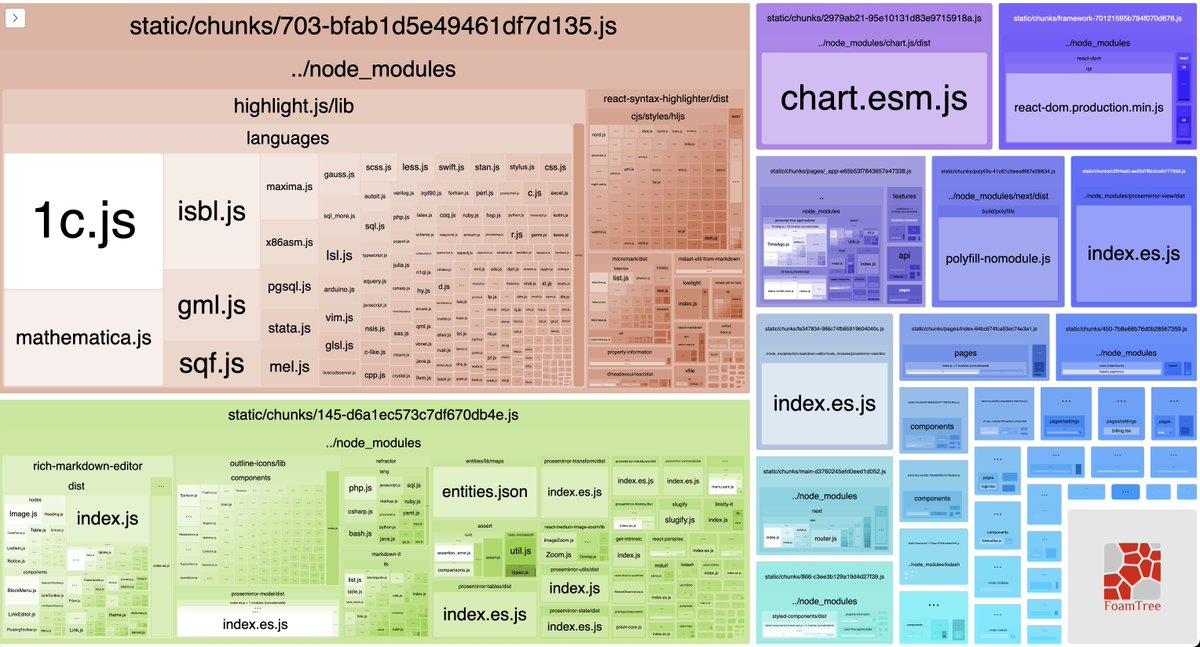 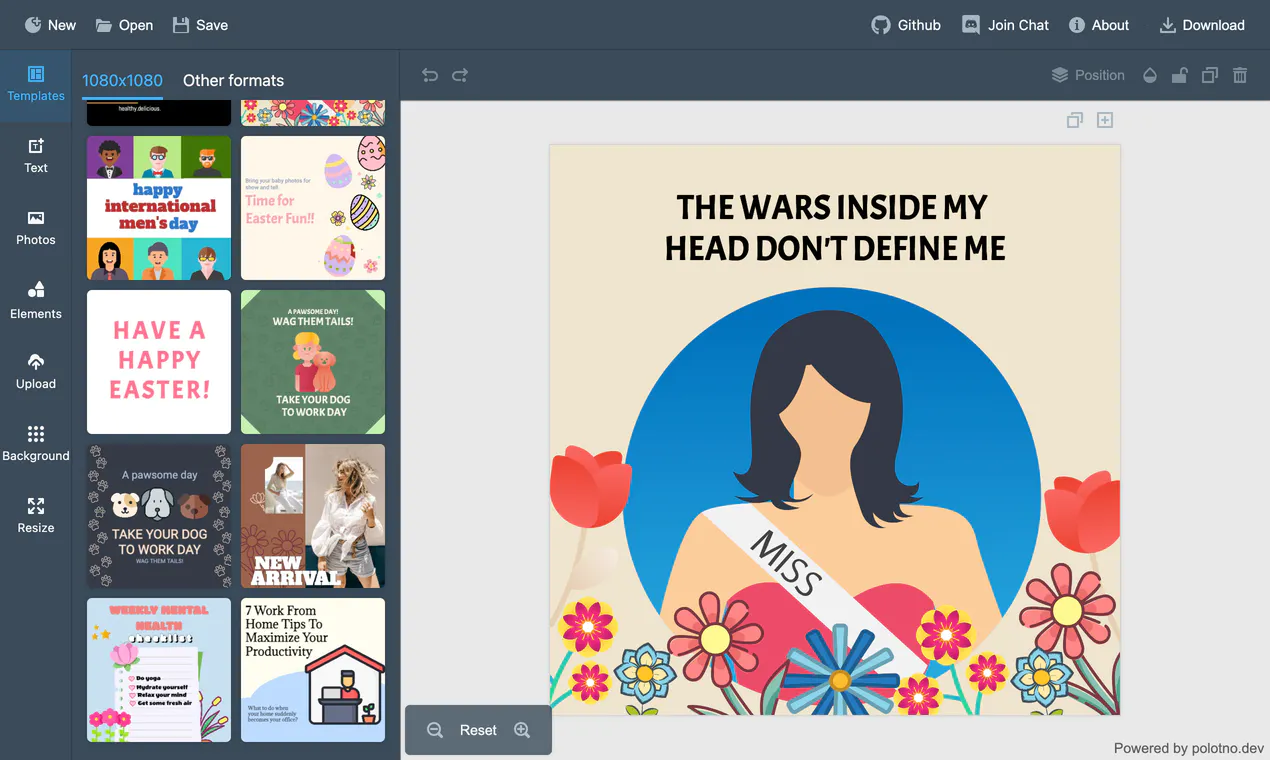 Making an interactive digital frame with head-tracking using Three.js and TensorFlow.js “As the user moves, the perspective changes to give the impression of being able to look inside the frame, even though this is a 2D display.” 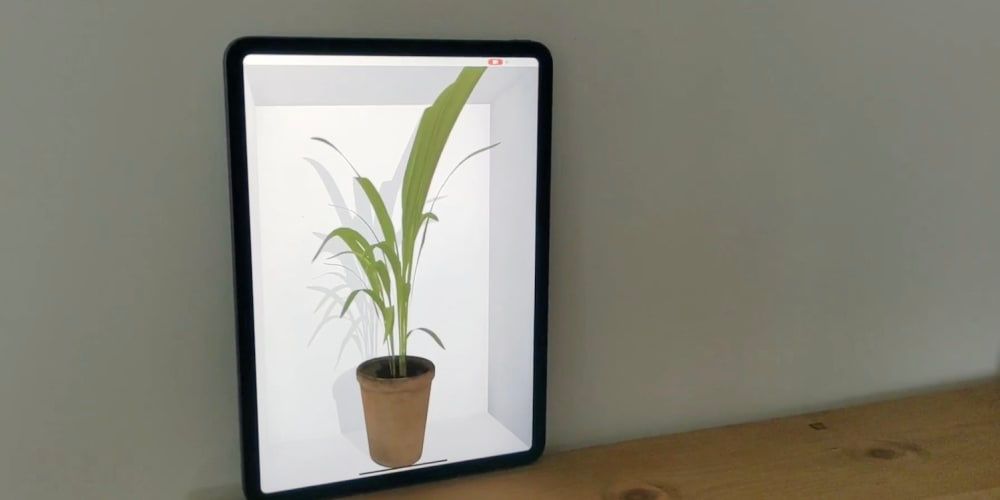 Every few years people realize that efficient joins are hard and that 80% of the use-cases don't require joins, so they build an efficient join-less product. Then month someone hacks a join on top. And eventually the thing is replaced by a product that does efficient joins.

Zoom Nothing to see just Zoom posting a Tweet with a TikTok video showing how to use SnapChat filters.

Foundations So the Chrome team decided they don't like alert/confirm/et al … can't blame them … and what if they just disabled these APIs and damn what pages break in the process?

Still, I was shaken to see such a cavalier attitude towards breaking changes on the World Wide Web. …
If you published a website ten or twenty years ago, and you didn’t use any proprietary technology but only stuck to web standards, you should rightly expect that site to still work today …and still work ten and twenty years from now.

It's one thing to deprecate APIs, it's another thing to expect businesses and individuals to jump on the Chrome treadmill. Edward Faulkner:

Most organizations and individuals do not have the resources to properly test and debug their website against Chrome canary every six weeks. Anybody who published a spec-compliant website should be able to trust that it will keep working.

It isn't just a head-shot of me. I'm doing a thing. I'm peering from behind a plant and pulling a bit of a silly face. There's humour expressed in the image. I'm not saying the it's going to win any comedy awards, but the image expresses a particular tone, and that matters. So, it should go in the alt 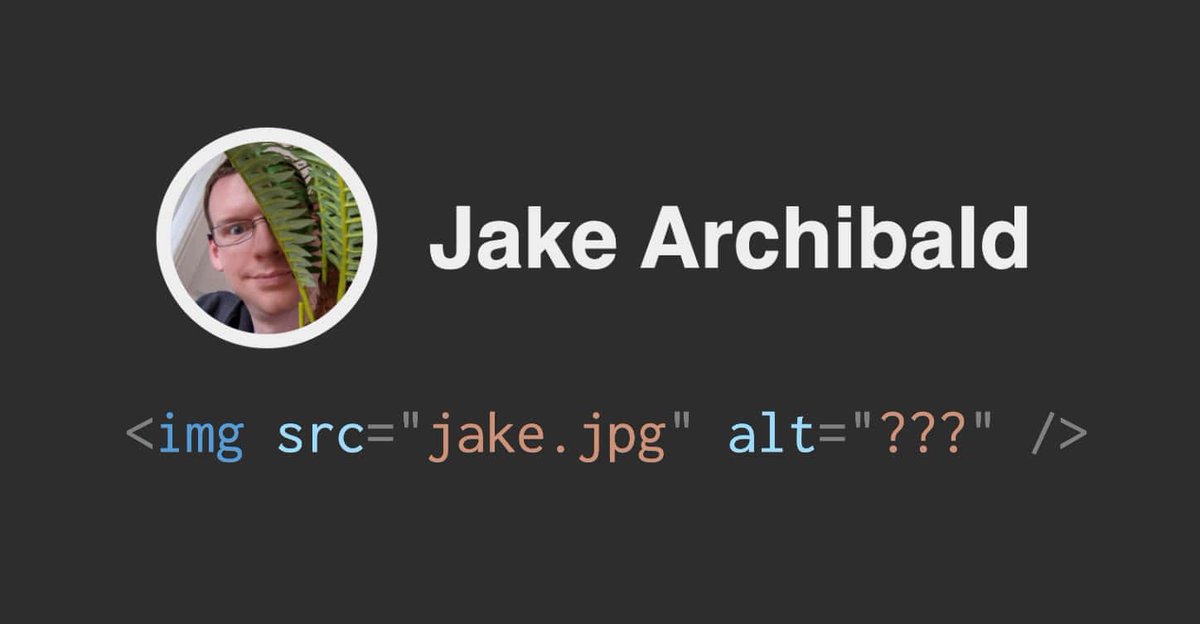 Predicting new major depression symptoms from long working hours, psychosocial safety climate and work engagement: a population-based cohort study I wonder if, when HR talks about increasing engagement, this is what they have in mind:

The slow collapse of Amazon’s drone delivery dream You only need a handful of markers tell that a project is doomed:

Insiders describe how the parameters for the project regularly changed with no explanation … Another source says their only contact with the central office was an American executive, who would visit every few months, buy the team pizza and then ask them to double their workload, without any explanation or answering any questions
…
“Everything started collapsing inwards because they [Amazon] piled too much on, they put people in charge who didn’t know anything about the project and they oversold. It’s all one gigantic oversell – just so many promises that can’t be kept,” one former employee says.

“In a post-pandemic age, what employees want is to be taken care of not as just employees, but as people,” says Gruman. “They want their employers to be truly concerned about them. The era of thinking about performance and productivity divorced from the rest of life is over. We now have to consider those things in the context of people’s lives.”

Sabba Keynejad Startups only get to be nimble for so long:

$1M ARR and under. I want something done, I just do it myself, ship that day/week.

The realty of growth

My landscaper said that he made $80k in profit last year.

I said, “That’s it?! Follow me on Twitter and I’ll show you how to scale a business.”

He’s on track to lose $270k this year but he’s hired a chief of staff, a head of community, and has 4 YouTube subscribers.

Joshua Mauldin “I’m not trying to be in a cult, I just want to order some pants”

Apple’s New ‘Child Safety’ Initiatives, and the Slippery Slope This is nothing short of amazing technology for dealing with CSAM, but … and there’s always a but …

Will Apple actually flatly refuse any and all such demands? If they do, it’s all good. If they don’t, and these features creep into surveillance for things like political dissent, copyright infringement, LGBT imagery, or adult pornography — anything at all beyond irrefutable CSAM — it’ll prove disastrous to Apple’s reputation for privacy protection. The EFF seems to see such slipping down the slope as inevitable.

Hospitals Still Use Pneumatic Tubes—and They Can Be Hacked I can't believe someone wrote full article about hacking pneumatic tubes and missed the opportunity to reference Terry Gilliam’s Brazil. 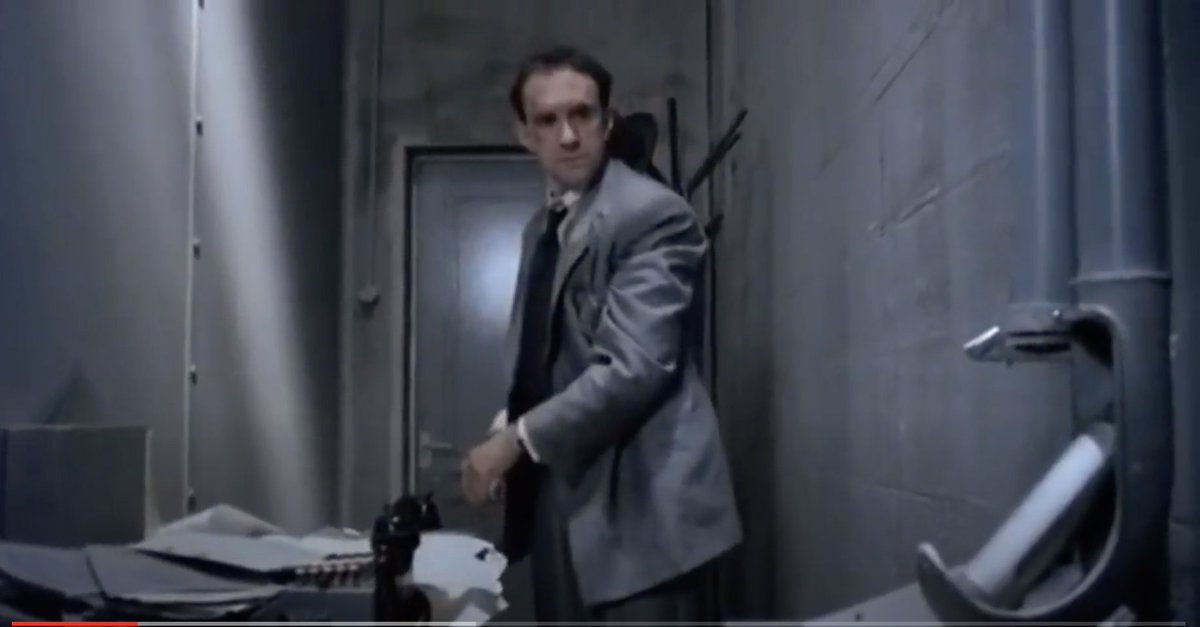 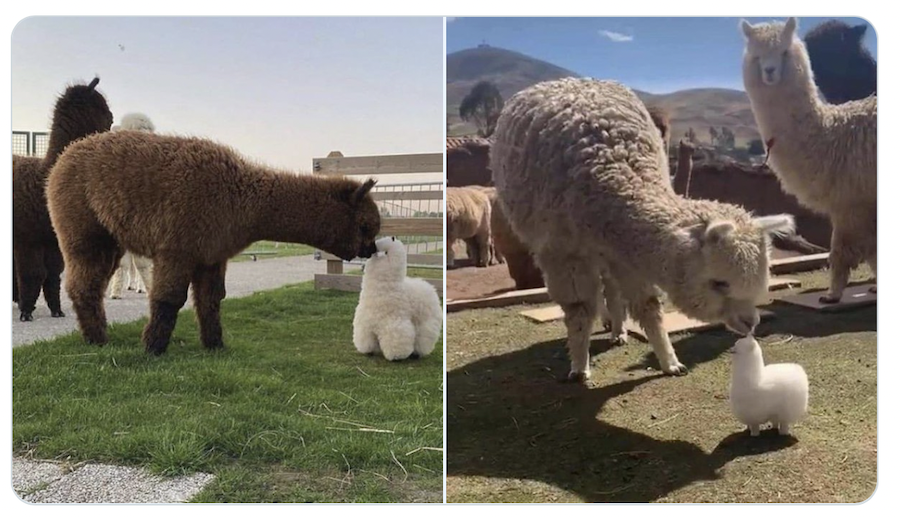 well well well, if it isn’t the bridge i said i’d cross when i came to it

237 tabs open, 3 are frozen, and I've no idea where the music is coming from.

Alison Burke “I’m losing my mind over this”

reddit: my [21F] boyfriend [53M] boyfriend forbids me from going into the basement and has a sock drawer full of missing women's driver's licenses, AITA for being uncomfortable? the wedding is in three hours

Stop taking social media so serious. Nothing here is real. Look at this chicken 🐓🚗 it is bigger than the car

How the coronavirus infects cells — and why Delta is so dangerous Fascinating look at the lifecycle of the virus and the Delta variant. 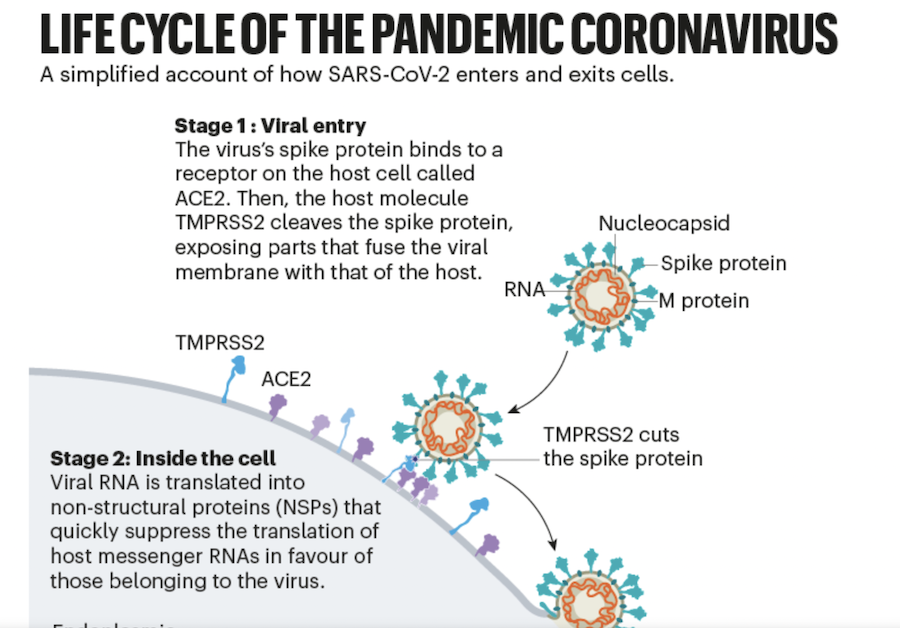 Order of magnitude, only 10% of people who see a headline on social media actually click on the story.

When we log off and get to back to work or head off to sleep, we take with us a picture of what happening in the world that is mostly a collage of the headlines we've seen. 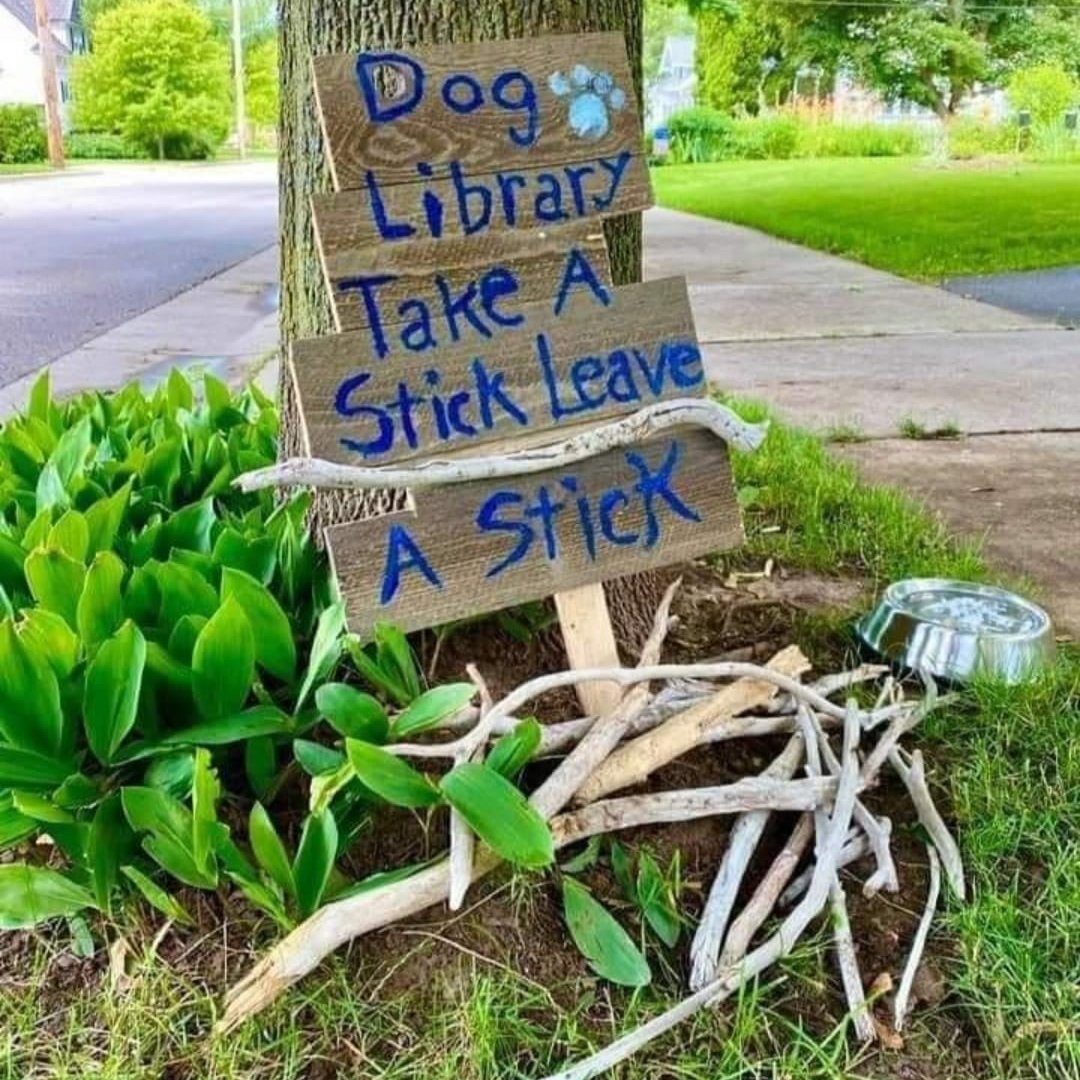 New AI App Tells You How Your Cat Is Feeling

So how do you know when your cat is ailing or unhappy? One innovative new way is by using the Feline Grimace Scale (FGS), developed by veterinary experts at Canada’s Université de Montréal.

Typos, tricks and misprints Why is English spelling so weird and unpredictable? The quirks of timing and technology. 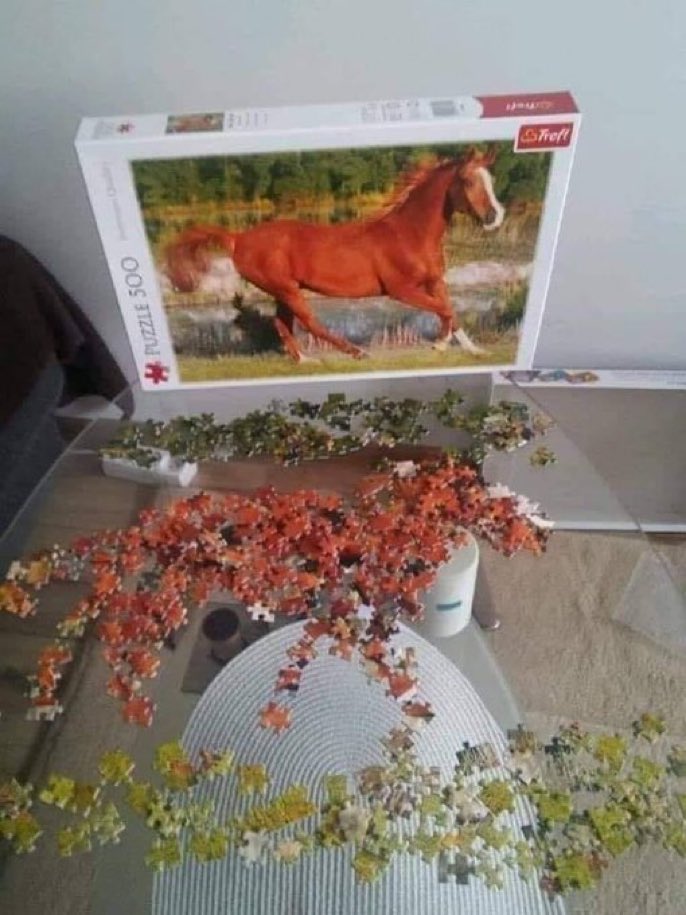