"This is a REST-room" via @danveloper

Style Guide Driven Development: A How To Guide To Improve your Development Workflow

The first step to incorporate SGDD into your development process is creating a live style guide. Live Style Guides (LSGs) are living documents that are generated straight from the source code.

clipboard.js Minimal JS library for adding "copy to clipboard", works in all browsers except Safari. Doesn't use Flash.

How both TCP and Ethernet checksums fail Beward the myth that travelling bits don't flip. They do.

The conclusion is that when transmitting or storing data, you should always include strong CRCs that protect the data all the way from the sender to the final receiver.

AMP and Incentives Sums up what I think of AMP (though, the incentives are not there quite yet):

TThe AMP Project is reporting some rather significant improvements for publishers using the AMP pages: anywhere from 15-85% improvement in Speed Index scores when compared to the original article.
…
The advantage that AMP has over anyone else who might try to make similar claims is that AMP provides clear incentive by promising better methods of distribution for AMP content than non-AMP content.

filename:.npmrc _auth Be careful checking your .npmrc into Github.

Overcast 2 Overcast gets even better in its second incarnation, and switches from freemium to a patronage model. My favorite podcast app because it strikes the right balance between features and simplicity.

volkswagen ":see_no_evil: Volkswagen detects when your tests are being run in a CI server, and makes them pass." Inspired by phpunit-vw.

Immutable JavaScript: You can't change this by Christian Johansen One last video on immutable.js, I promise.

Enumerability in ECMAScript 6 As you would expect, an inconsistent mess of slightly varying semantics: for .. in vs for .. of, Object.keys vs Reflect.ownKeys, oh my.

This is why you don't print your stack traces. It might contain your credentials.

“If you think test-first is hard, try debug-after”
— someone on LinkedIn

@old_sound This is the Turing Machine's equivalent for keyboards:

Gimme Google, Stack Overflow, and this keyboard, and I'll program you anything. 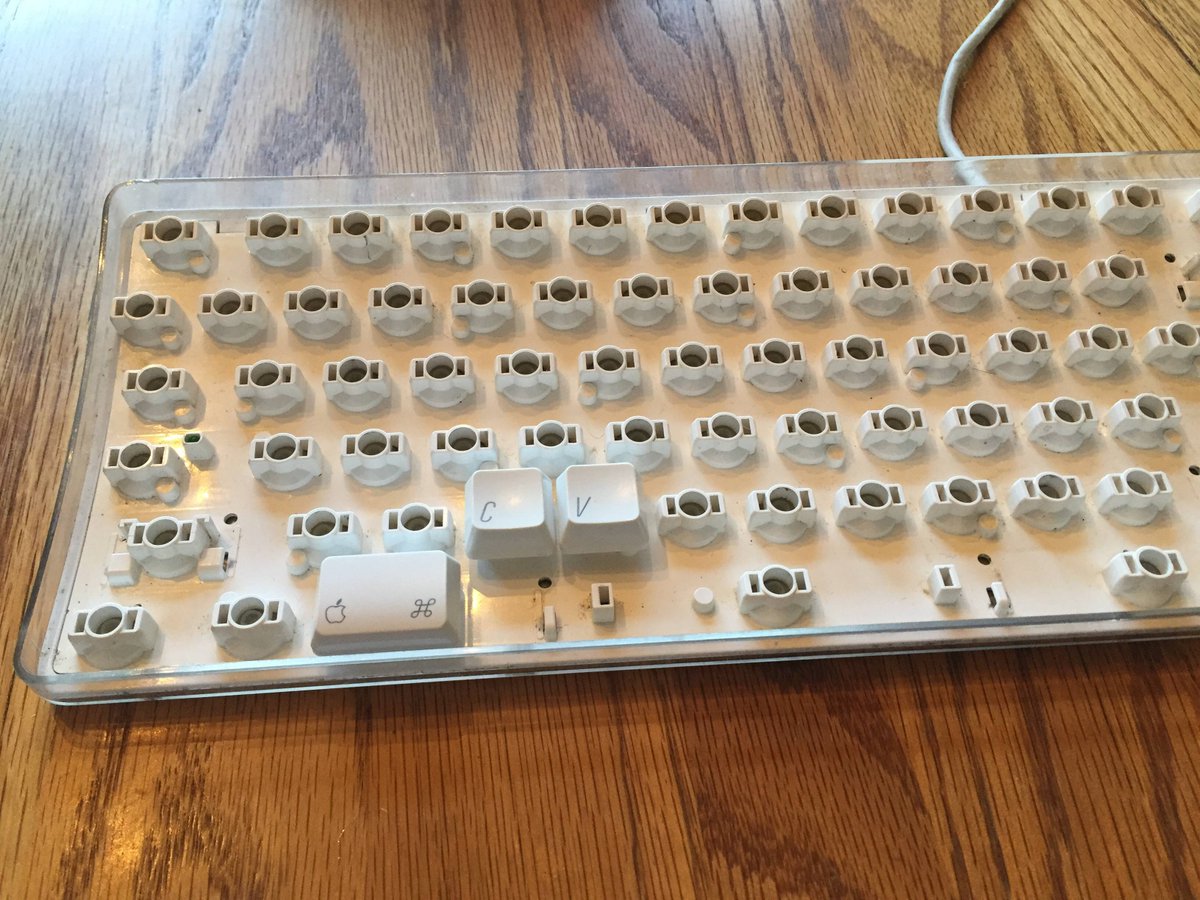 AWS Import/Export Need to import/export 50TB of data? Amazon will FedEx you this rugged disk in a suitcase. They should have called it The Tanenbaum.

Never underestimate the bandwidth of a station wagon full of tapes hurtling down the highway -- Andrew S. Tanenbaum

Calling it the private cloud and encouraging people to build one actually pushed them to the public cloud. Because now the value is clear.

Data Transfer Pact Between U.S. and Europe Is Ruled Invalid TL;DR EU court rules that all US companies' privacy policies are bollocks, because NSA. Companies that operate in Europe can no longer move data they collect there to their US servers. Everyone's freaking out, none sure what happens next.

We're being promised a new generation of devices that, on the surface, operate the same as they did before: lights that still illuminate, and cars that still drive. Is it fair that we understand the implications of how they've been re-wired to function and interconnect underneath?

they're not hackers - they're "undocumented admins"

Creating a Software Engineering Culture From the list of principles:

TODAY'S QUESTION: Should we be using more golf, football & war metaphors in management? Might encourage more men into senior positions?

Just before the tubes took off, plausible estimates put worldwide industry revenues at $40 billion-50 billion. Mr Thylmann thinks they have fallen by at least three-quarters since then.

Blue Skies Taser is in the business of selling police body cameras. What could possibly go wrong?

In 2005 and 2006, the Securities and Exchange Commission investigated the company’s dubious claims about stun gun safety.
...
Unsurprisingly, Taser entered the body camera business out of a need to protect its high-voltage shock weapons and the police departments that use them from lawsuits. The first iteration of body cameras were the ones Taser put on their stun guns.

When people hope it’s going to be a free update, basically they are hoping Tapbots dies as a company and we go find separate day jobs.

At the bank I was told "pick your four digit pincode but it can't be a year." "Aren't they all years?" I asked. We sat in silence for a bit.

His arms tingled, his legs felt numb and his loins were on fire . . . it was definitely time to get a new laptop.

Kickstarter campaign to help Syrian refuges "All of us can help the UN Refugee Agency provide them and other refugees worldwide with the necessities to survive and rebuild."

@jonrowlandson "Pac Man is in a bad place these days." 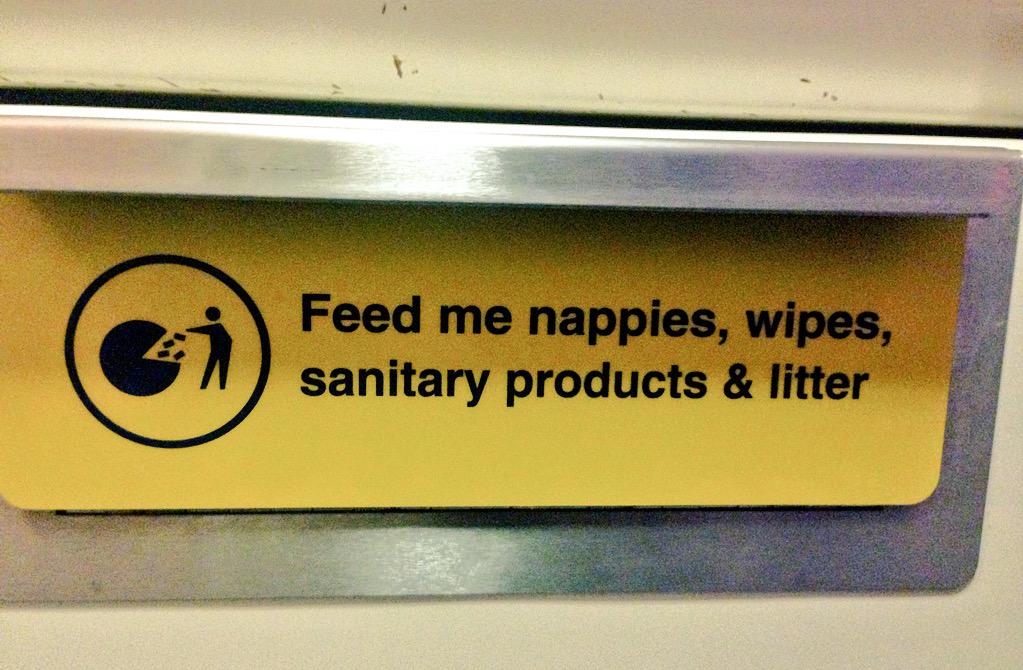 What's the most American book?

Violent man has a confusing revenge fantasy against a cheap source of oil.

What Exxon knew about the Earth's melting Arctic Exactly what you'd expect:

The board’s response: Exxon had studied the science of global warming and concluded it was too murky to warrant action.
...
Yet in the far northern regions of Canada’s Arctic frontier, researchers and engineers at Exxon and Imperial Oil were quietly incorporating climate change projections into the company’s planning and closely studying how to adapt the company’s Arctic operations to a warming planet.

Hardware Reductionism "If we talked about phone hardware, the way we talk about brain hardware" 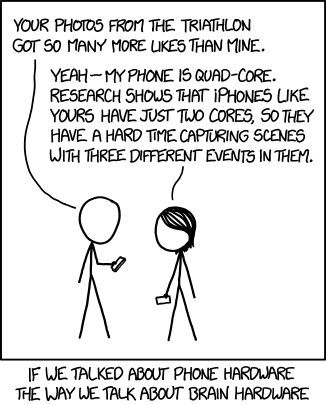 Schools, parents, coaches, religious communities all need to be thinking deeply about how traditional ideas about gender, gender stereotypes and stereotype threat work to create a national culture in which bullet-proof clothing and backpacks for children are a clothing category and gun deaths occur at 20 times the rate of peer nations.