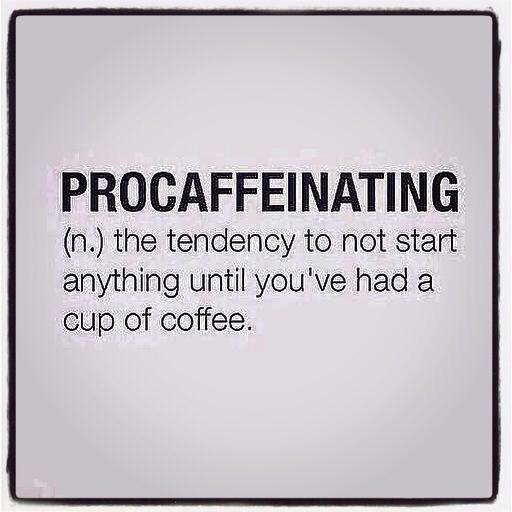 The War on Women

Trouble at the Koolaid Point Kathy Sierra harassed and forced off the Internet, but left us with an incredible narrative about the war on women. If you read nothing else this week, read this.

At the core is a form of weaponized mansplaining: nothing a woman says is valid, so they don't deserve an audience, whoever pays attention is just "drinking the Koolaid" and must be stopped. For their own benefit.

From the hater’s POV, you (the Koolaid server) do not “deserve” that attention. You are “stealing” an audience. From their angry, frustrated point of view, the idea that others listen to you is insanity. From their emotion-fueled view you don’t have readers you have cult followers. That just can’t be allowed.

Telling My Troll Story Because Kathy Sierra Left Twitter Adria Richards once complained about a joke made in bad taste. Death threats ensued. Because our tech community.

Life and Times of a Tech Feminist Killjoy: You Can’t Go Back & There’s No End in Sight Add Julie Pagano to the list of women harassed off the Internet.

Yet another woman in gaming has been driven from her home by death threats GamerGate again, this time taking it out on Brianna Wu.

The “good name” of GamerGate In case you're wondering, GamerGate is an effort to harass women and drive them out of tech, hiding behind a campaign about ethics in game journalism. And when you give voice to the later, you're helping shield hate and abuse:

If you truly care about ethical journalism in video games, then now is the time to act. Don’t give harassers a shield of respectability to hide behind. State your clear, unequivocal rejection of harassment tactics and then start a new movement.

Narcissists: Sexists, Racists, Child Abusers, Saboteurs, Internet Trolls "Narcissists are “never” at fault". Which means someone else needs to be at fault, and the narcissist will find their scapegoat.

Just don't call it "trolling", please. Trolling exists somewhere on the subjective scale of jest, and it's that "lulz factor" that gives online bullies denability and a place to hide.

I think part of the harassment problem might be that we-as-a-culture use baby words (trolls, haters) instead of real words (sociopaths).

A Front-End Developer’s Ode To Specifications Why you should invest time in design documentation:

Investing in the development of workflows and tooling around to make this communication easier and more efficient will pay off big with the speed and effectiveness with which products are built and, ultimately, with the success of the businesses that depend on those products.

move fast & break nothing How Github finds the right balance between rapid development and keeping their service stable and your sensitive data secure.

Strip "A Less Intrusive Responsive Lightbox" I really like the design and how well it works on mobile devices.

conveyal/transitive.js Generate dynamic stylized transit maps. Wish I had a reason to use this.

How to set the order of stacked columns in a responsive email design Using dir="rtl" to stack left/right as bottom/top.

Introducing Quip Spreadsheets If I'm going to collaborate on, or share a document, I always start it in Quip. Now with spreadsheets!

6to5 An ES6 to ES5 transpiler that produces vanilla ES5, without the heavy runtime dependency (I'm looking at you, Traceur).

ECMAScript 6 promises (2/2): the API An introduction and reference and everything you need to know about promises in ES6.

Monodraw An ASCII art editor for the Mac.

How do project owners use pull requests on Github? The results of a survey of 750 maintainers and how they deal with pull requests and code quality.

The Origin of The Daily Stand-up "I want aggressive teams—ones that come out of the daily meeting knowing the most important thing they need to accomplish that day."

USER_AGENT=“This is the book of the generations of Mozilla. And KDE lived four years, and begat KHTML. And KHTML begat WebKit…”

CodeFights How fast can you find a one-line bug in a piece of JavaScript? A fun game that's also great for practicing your skills.

Every line of code is always documented The case for writing clear code and commit logs, you'll need them when you revisit the code months for now. Also how to use Git tools (blame, pickaxe, overwritten) when you need to dig around to understand how that code came to be. And the best argument I've seen in favor of the "line-based coding style".

The lesser known aspect of code optimization is "using fewer resources". For me, the term, resources, refers to the amount of effort needed to comprehend the code and its context. Be aware that increasing code brevity does not necessarily equates to increased comprehensiveness. This misconception doesn't just apply to rookie developers. Even very experienced developers advocate the concept of "Short Code === Optimized Code".

What’s wrong with Angular.js I'm only pointing to this article for the money quote:

Abstract layer can solve many problems, except problem of having too many abstract layers.

The Horror of a 'Secure Golden Key' This is one of the best reads about security and the nonesence of "secure" golden keys. In particular, this point about security in the digital age: "The invasion of personal space should be detectable"

In general, when your personal space is invaded, you want to know. Historically, this was easy. You had neighbors who could watch your doors, maybe some cameras, maybe an alarm system. You licked your envelopes. An intruder - legal or not - was someone you could hope to catch.

iPhone Encryption and the Return of the Crypto Wars More on why "golden keys" are bullshit and law enforcement can do just fine without exposing our phones to hackers:

And, more importantly, there's no evidence that encryption hampers criminal investigations in any serious way. In 2013, encryption foiled the police nine times, up from four in 2012 -- and the investigations proceeded in some other way. 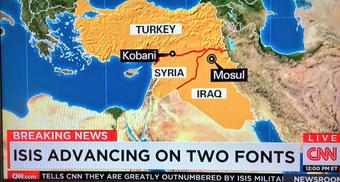 The internet has made defensive writers of us all The Internet trained us to add hedges and clarifications to everything we write, deflect criticism and bore our readers at the same time. The thing is, people who want to find something wrong in what you write, always will. This article makes the clear case that we should all be writing for “the common sense and ordinary charity of readers". Amen.

Embrace the Irony Lawrence Lessig v. Citizens United, and his plan to raise big money in order to drive the corrupting influence of money out of politics. I contributed twice to Mayday and plan on more, because this might be the most important political campaign of our time.

Key Figures In CIA-Crack Cocaine Scandal Begin To Come Forward This sounds like a crazy paranoid conspiracy theory: in order to topple the government of a foreign country, the CIA arms a militant group, the arms money comes from flooding LA with crack cocain, at the same time mandatory sentencing laws lock crack users for decades behind bars, most of them are black. Crazy, yes. Theory, no.

My favorite press release ever: "Malala will make her first statement on winning the Nobel Peace Prize after school."

SNAP! 6 Turns your iPhone into a point & shoot camera, with dedicated shutter button, a grip for steady holding, and interchangeable lens.