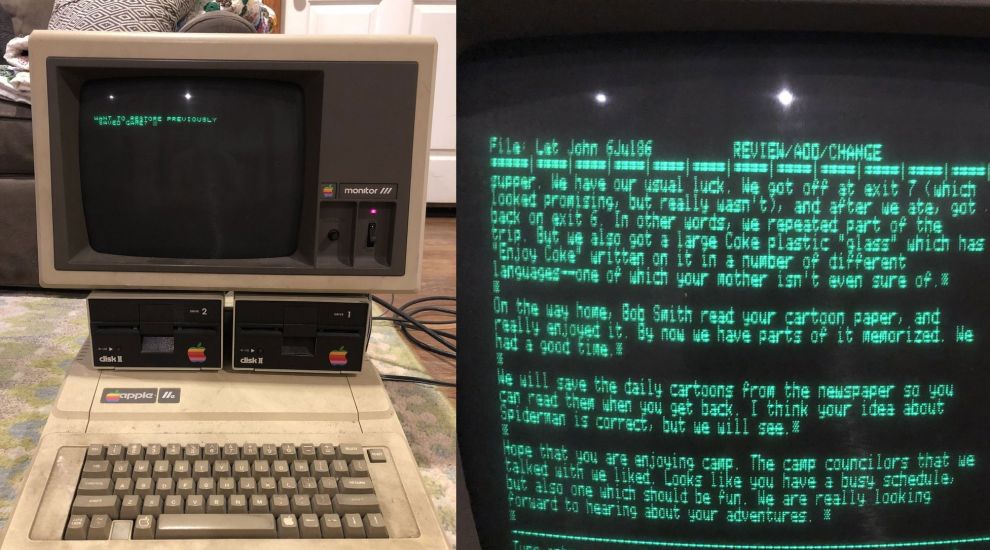 Why Trust Matters Short and to the point deck about trust and brands. 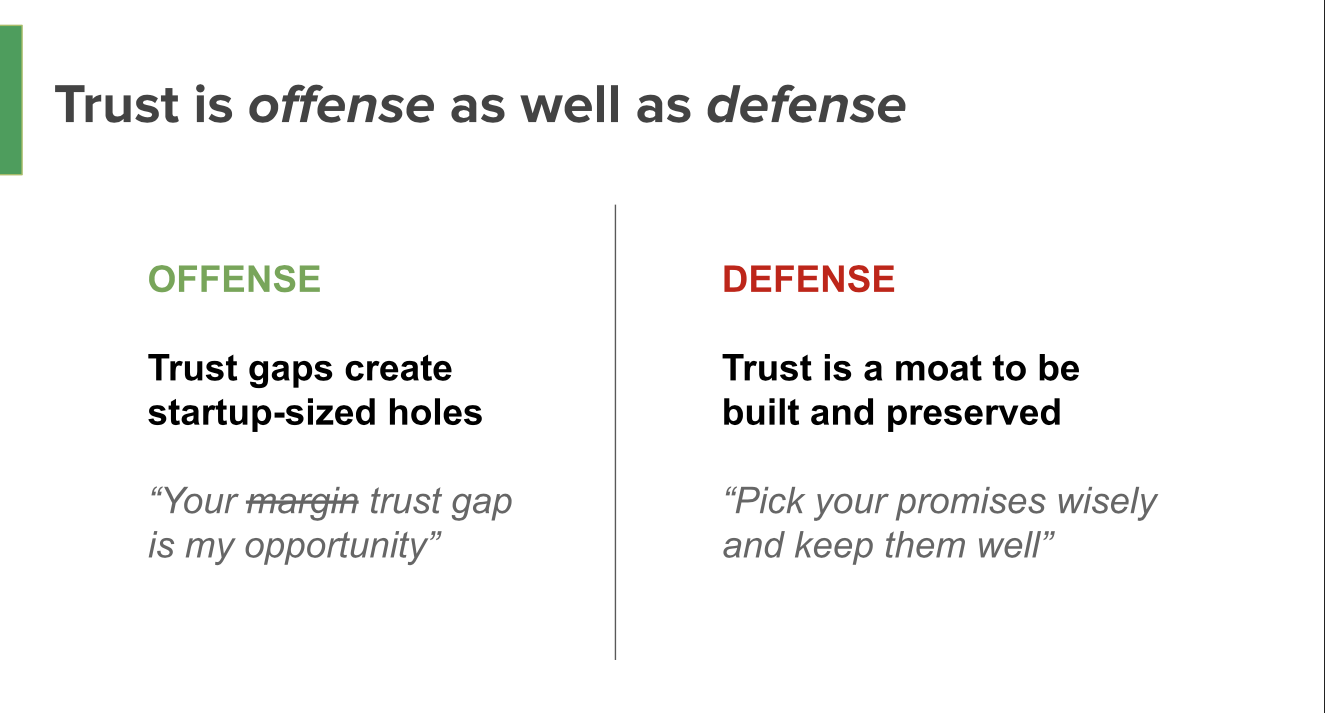 The one comment that turns me off when I'm interviewing designers TL;DR design is what ships:

Alex Sexton Me too! 😢

My favorite instagram feature is how every time I open the app, I see a photo/video that looks interesting and then the entire application refreshes and it’s gone forever.

As a Canadian I can see this happening 😱 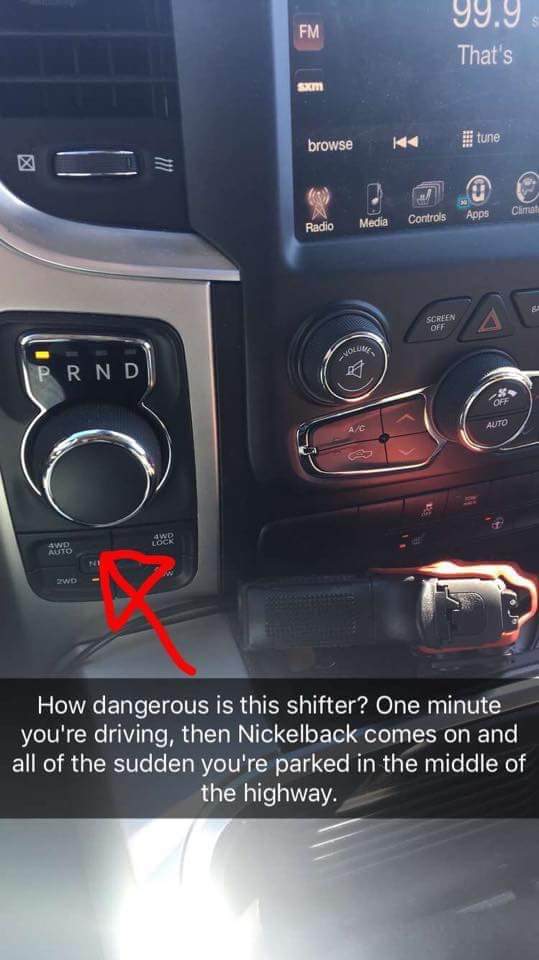 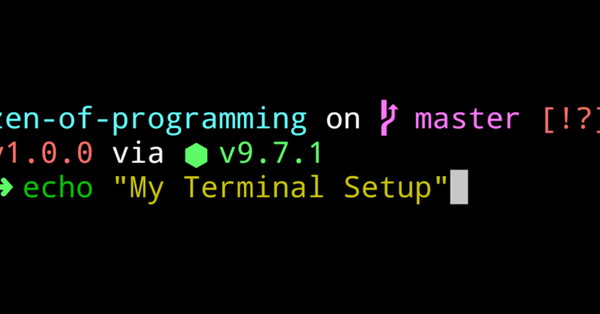 Do Productivity Playlists Actually Work? If you like listening to music while working:

That could be the reason why lo-fi and ambient-sound YouTube channels have amassed such huge followings. Chillhop provides boring background noise that is just distracting enough to make work seem, well, less like work. The slight groove elevates the mood, but it’s not funky enough to warrant dancing or daydreaming. Whether it actually promotes focus and productivity is still up for debate. 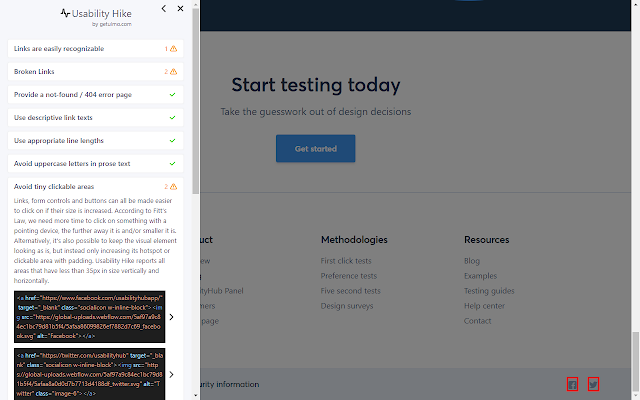 Eric Lawrence "Is there some reason that Word forgot how to autosave files locally?" 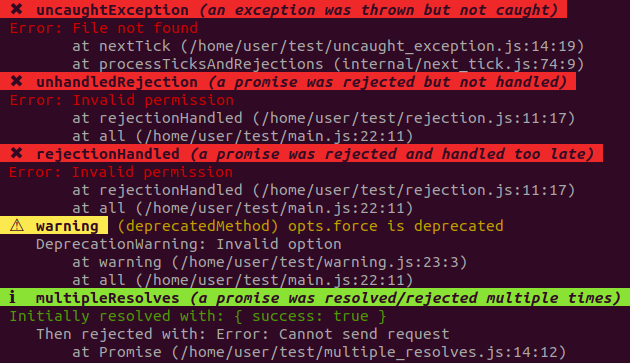 I Am Devloper I'm at level "crack egg single handed":

"full-stack" now means you can:

Vallery Lancey And good post-mortem is not about that last incident:

You don’t get reliability by chasing your last incidents.

You get reliability by having limited scopes, fast detection, and fast recovery.

jessie frazelle 👇 Lots of good stories in this thread:

Tell me the story about the weirdest bug you’ve ever found that left you wondering how computers even worked in the first place.

Clare Liguori "This recruiter is on to me, I respect that"

The Power of the Elastic Product Team Pioneers, settlers, and town planners:

While building modular product teams, startups also need to staff for their stage. When you’re pushing toward product/market fit, you’ll need a very different “type” of PM than when you’re scaling or, later, when you achieve scale and move on to platform initiatives. Each of those key stages is best tackled by one of three archetypal product managers

Where good roadmap ideas come from:

My number one predictor of whether or not a company will find product-market fit: High shipping cadence.

Tim Ottinger I respect people who give this answer:

"How long will it actually take?"
"Ask that again when it's finished."

Here’s Why All Your Projects Are Always Late — and What to Do About It Software developers are not the only ones with a chronic "over time, over budget" problem:

“Let’s say that, on average, projects go 40% over budget,” Flyvbjerg says. “You’d add 40% to the budget for your planned project. And then you would have a much more accurate budget.” The contractors are incentivized with additional profits if they meet their targets and penalties if they don’t.

How does Apple (privately) find your offline devices? This is speculative, but an interesting idea on how one can share private info with a central server (GPS location of a lost device), without compromising the intermediary:

All of this leads to a final protocol idea. Each time Timmy broadcasts, he uses a fresh pseudonym and a randomized copy of Ruth‘s public key. When Lassie receives a broadcast, she encrypts her GPS coordinates under the public key, and sends the encrypted message to Apple. Ruth can send in Timmy‘s pseudonyms to Apple’s servers, and if Apple finds a match, she can obtain and decrypt the GPS coordinates.

“WHAT HAPPENED????” How a remote tech writing gig proved to be an old-school scam Fake job offers and fake electronic deposits. 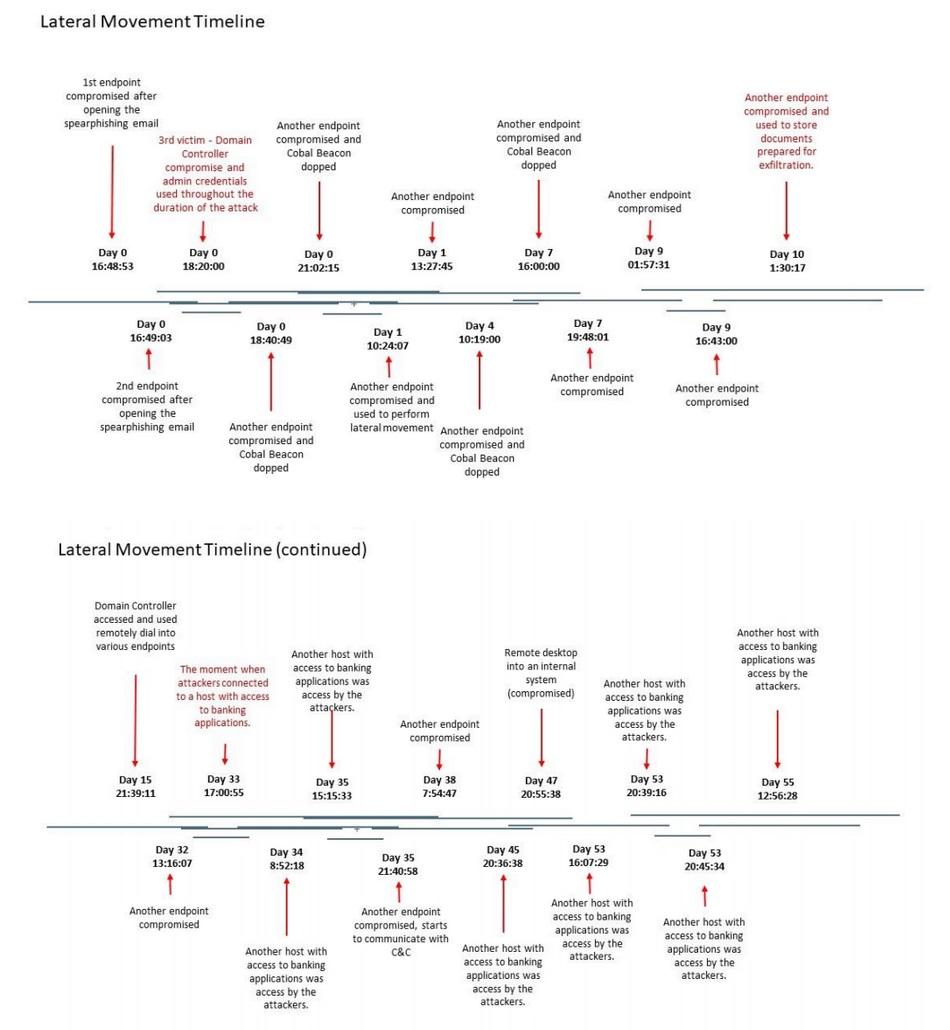 Apple’s Real User Indicator will tell developers when a new account may actually be a bot Interesting idea, and good luck with that:

“It uses on-device intelligence to determine if the originating device is behaving in a normal way. The device generates a value without sending any specifics to Apple,” an Apple spokesperson explained onstage during the event. The value is then “boiled down to a single value shared with your app at account setup time,” and “depending on the value you receive, you can be confident your user is a real user or get a notice you should take a second look.”

Daniel Holland "The greatest job in the world doesn't exi...."

sixthformpoet 👇 I did not expect the story to end this way …

My dad died. Classic start to a funny story. He was buried in a small village in Sussex. I was really close to my dad so I visited his grave a lot. I still do. [DON’T WORRY, IT GETS FUNNIER.] 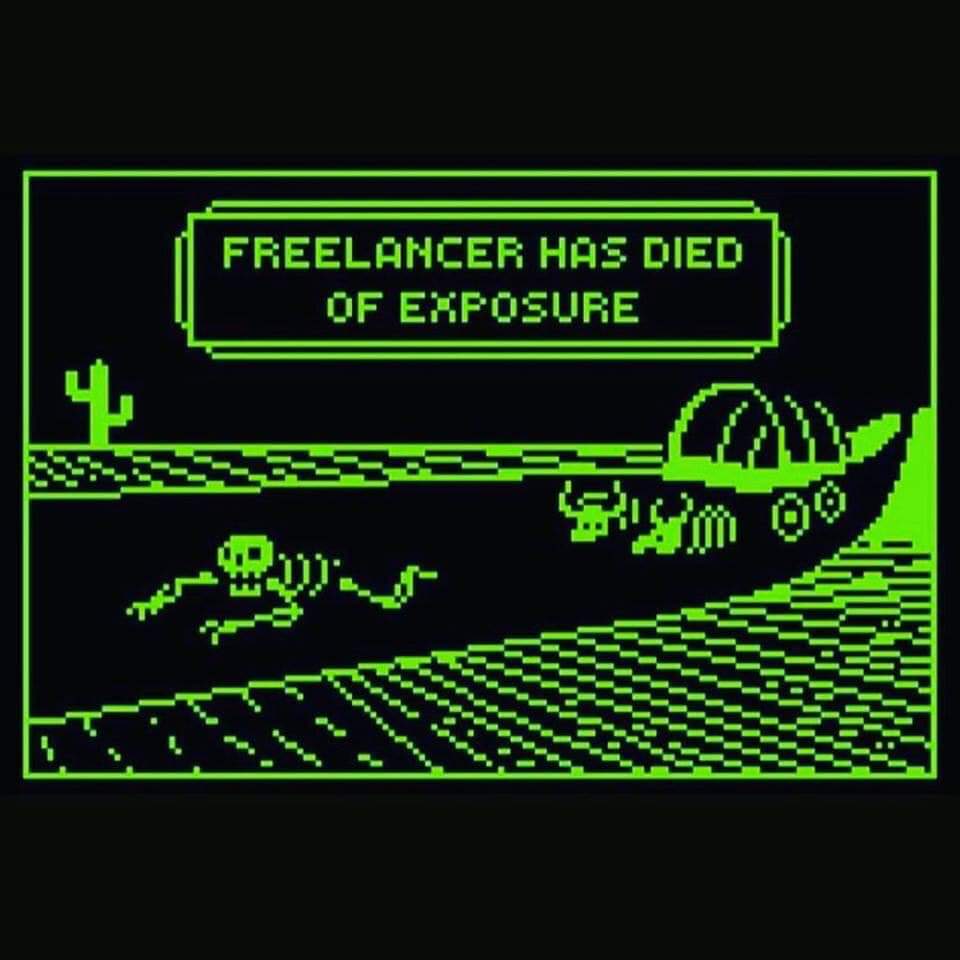 What 10,000 Steps Will Really Get You Courtesy of the Big Industrial Pedometer Complex:

“It turns out the original basis for this 10,000-step guideline was really a marketing strategy,” she explains. “In 1965, a Japanese company was selling pedometers, and they gave it a name that, in Japanese, means ‘the 10,000-step meter.’” 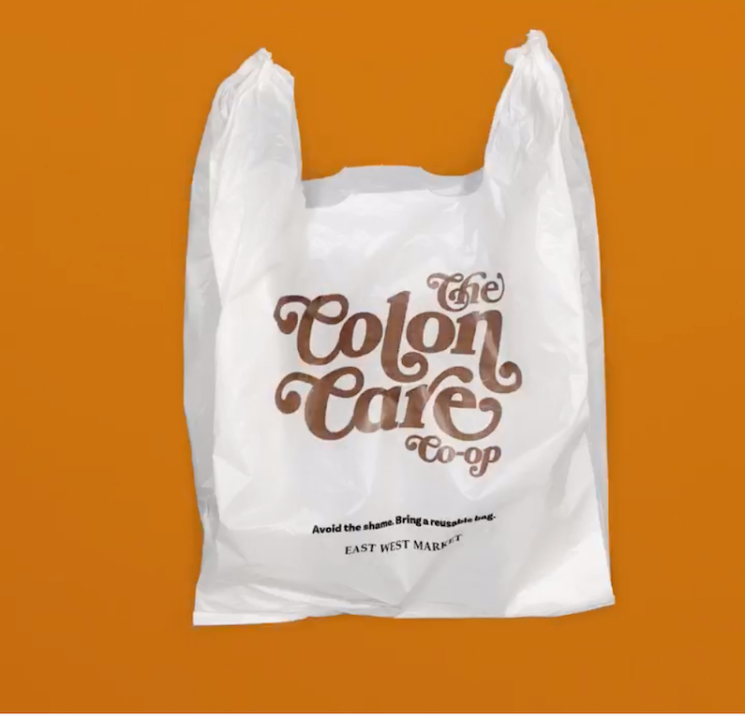 Fellow cyclists: Seems some of you remain confused about how to ride around pedestrians. My simple rule: People walking get the right of way. Always. Even if they're looking at a phone or crossing a street mid-block. Being aggressive or clueless around pedestrians is unacceptable

When Grown-Ups Get Caught in Teens’ AirDrop Crossfire Several startups tried proximity based social networking apps, Apple got it done without any app:

Zhong, who is 22 years old, says she’s seen some friends AirDrop people repeatedly in an attempt to crash their phone. The humor comes from watching the poor souls’ reactions as their phone stops working, or their confusion at being bombarded with an endless stream of obscure references.

So Long, Gay Brian 👇 For anyone watching Chernobyl on HBO, it's not just Russians that cover up nuclear disasters:

So Long, Gay Brian Retweeted Karol Markowicz
On July 16, 1979, an earthen dam burst at a uranium mill in Church Rock, New Mexico, releasing 94 million gallons of radioactive waste into the Rio Puerco. For most people reading this, this is likely the first time they’ve ever heard of the event. 1/

Edge Empress "Remember the pride flag is a symbol of resistance." 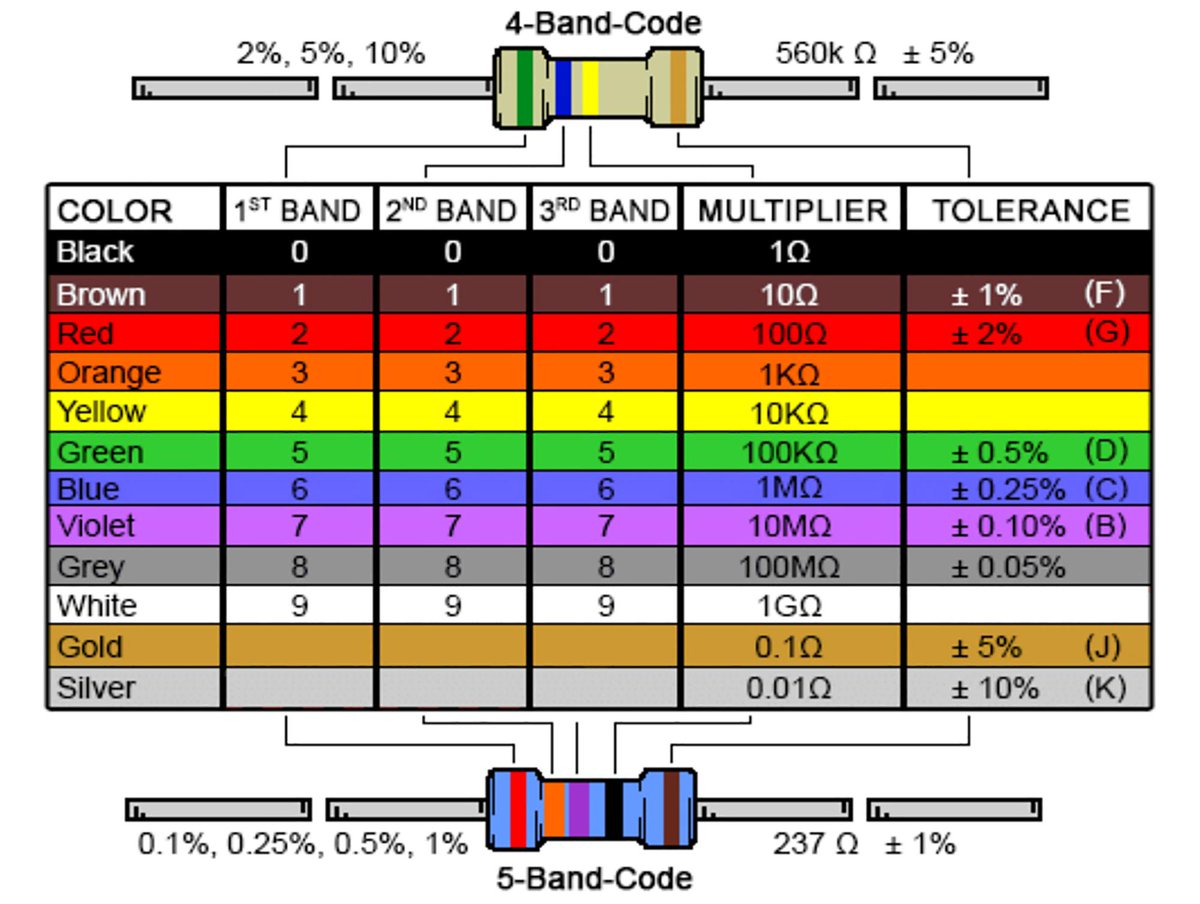