Published on 5 years ago This week we compare Material Design with iOS Design; swap Chrome for Safari to extend battery life; learn to write functions that use promises; reminisce about Nokia candybar phones; dodge a bullet by not upgrading to Windows 10; learn about the exciting world of pro teaching, and finish with even more creative street art.

Material Design is Different, Not Better Worth a read:

But while the colors are pretty and the use of cards give a great sense of depth and tactility, I often asked myself, is this really better than Apple’s iOS Design as a lot of designers say it is? I’d like to give some of my thoughts on why I think it’s different, not necessarily better.

I was surprised by two things: how readily most of the kids understood what design was for, and how they can express things through it; and also, for someone who specialises in explaining things to a target audience, how it took me doing a talk to children, to force me to confront my own profession, and explain its value in clear terms.

Gender and sex The UK government's guidelines for UIs that need to deal with gender/sex, starting with the "you probably don't need to know, so don't ask".

The Worst Product Manager Interview Question I Was Asked A parable about how too many software companies build their product.

Git 2.5, including multiple worktrees and triangular workflows Basically clones your local repo and keeps all clones in sync, so you can work on two branches simultaneously, or start long-running tests in one clone while continuing development in the other.

Power consumption of the worlds most popular websites calculated on different browsers – Chrome vs Safari vs Firefox TL;DR If you're a MacBook user, you'll want to switch to Safari to get the most battery out of your laptop.

The bug wasn't ours. It was in an open source project we use, but do not fund or contribute to in any way.

Writing Promise-Using Specifications Must read for anyone working with promises (every time you write a function for someone else to use, there's a spec in there):

This document gives guidance on how to write specifications that create, accept, or manipulate promises. It also includes a series of prose shorthands you can use in your specification to work with promises.

Want to troll the frontend devs in your team? Use the username "[object Object]" and send them a screenshot. Enjoy the imaginary bug hunt.

Put #Haskell on your resume even if you don't know it. When asked, say your resume is lazy and you'll learn it when results are needed

Hairless Head in a Clueless Photo Booth A bizarre example of what is fast becoming a cliché in our digital age — the tyranny of the algorithm.

The Internet of Things You Don’t Really Need In case you're looking for some snarky reading. Or really need a bluetooth scale for your grill's propane tank.

What It's Like to Have the Oldest Phone in San Francisco There's something to be said for candybar Nokias:

I don’t worry about dropping my phone, because there’s nothing on it I can’t fix by jamming it back into place with my thumb.

A rose is not a good symbol for love, roses wilt...Our love is forever so here is a Nokia phone 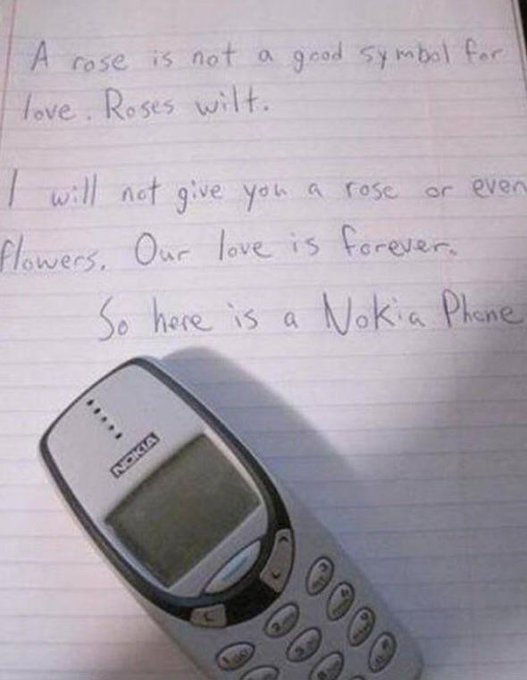 They've got Doom running on smart watches at 60fps while my 2013 Prius gets 2fps on its GPS.

Windows 10 These screenshots of Windows 10 look like it was designed in Fort Meade: spyware, keyloggers, password leaking, botnets. The thing is, unless you got the enterprise edition, you can't opt-out, so think twice before upgrading.

Windows 10 Solitaire requires a subscription to remove ads So basically Microsoft is giving Windows 10 away and making money from your data. Now it all makes sense.

Getting More Personal: California Amends Data Security Law Effective January, 2016, the definition of “personal information” under California data security statute includes "a username or e-mail address combined with a password or security question and answer for access to an online account."

';--have i been pwned? This website will list your company logo for free, once your customer data gets leaked.

If you receive a USB key in the mail from your automaker, its totally legit. Plug it into your car right away.

for shits and giggles I port scanned my wife's new Cadillac. Both FTP and HTTP are open.

Key & Peele - TeachingCenter Boyd Maxwell and Perry Schmidt report on the latest developments in the exciting world of pro teaching.

★✩✩✩✩ I placed the towel on the sand it promptly disappeared 3 seconds later.

No, it’s not your opinion. You’re just wrong This:

Many, many, many of your opinions will turn out to be uninformed or just flat out wrong. No, the fact that you believed it doesn’t make it any more valid or worthwhile, and nobody owes your viewpoint any respect simply because it is yours.

science: "the other galaxies are moving away from us because the universe is expanding"

other galaxies: "sure, uh, it's because of that"

Uber's Phantom Cabs So basically the Uber app is more like a screen saver, or a decieving ad, you decide:

“The app is simply showing there are partners on the road at the time,” the staffer wrote in an email. “This is not a representation of the exact numbers of drivers or their location. This is more of a visual effect letting people know that partners are searching for fares.”

OAKOAK – Street Artist with a Great Sense of Humor 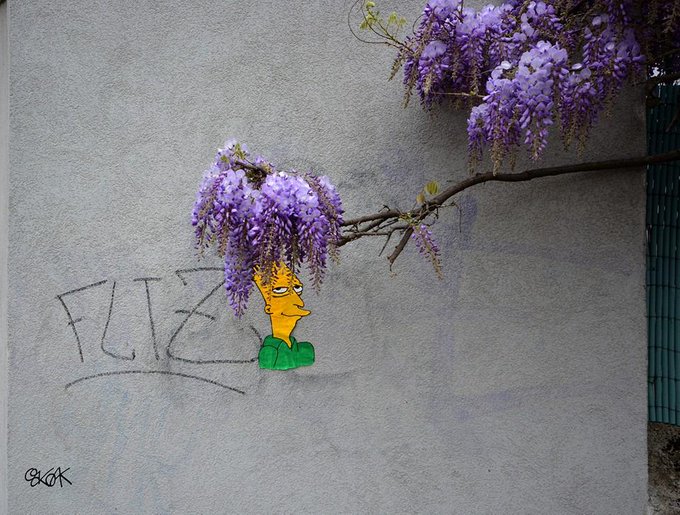