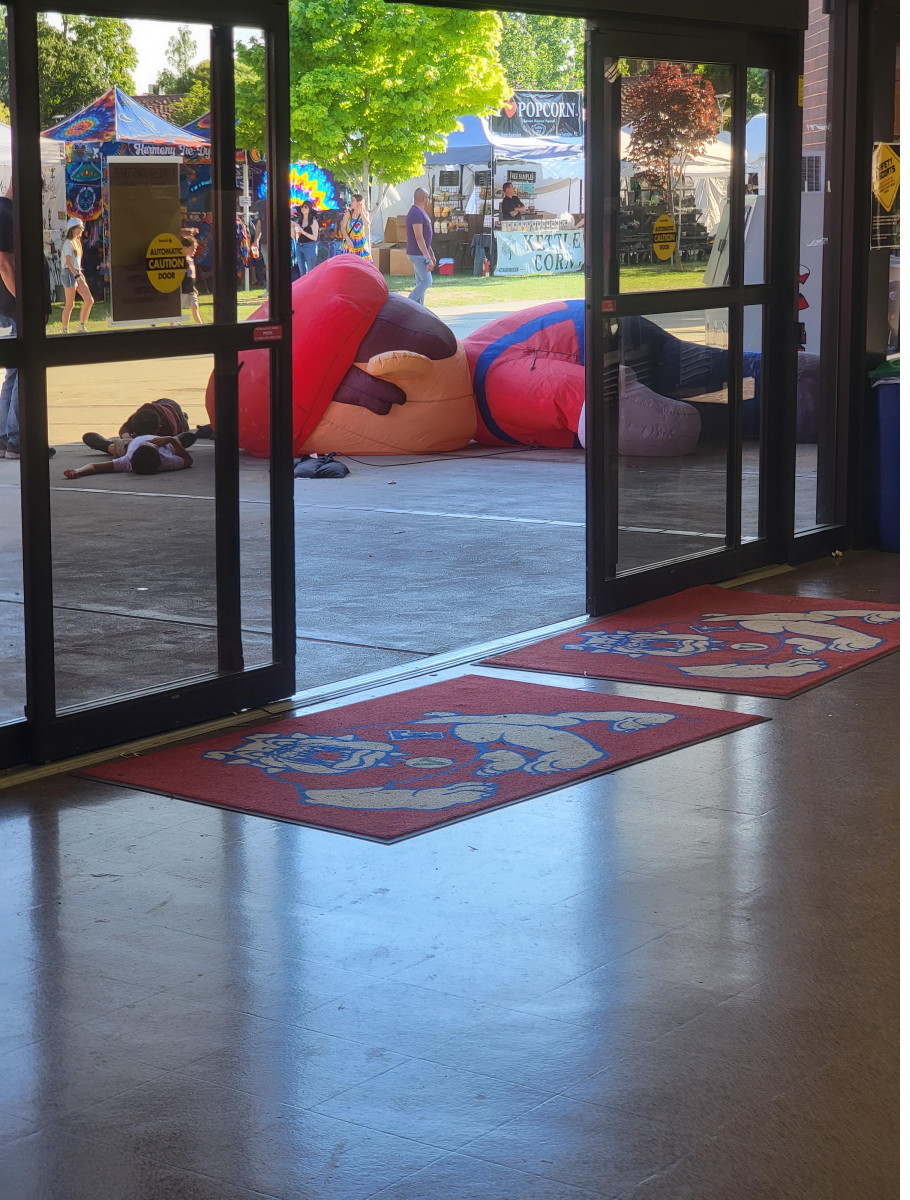 If that sounds like a bad idea, it's because complex products need specialized internal tools. But are you at the point where you need that complexity? Or can you do with something quicker and simpler?

As they say on the label: "skip building internal apps and focus on shipping revenue-generating features." I'm all for that.

For Node, in particular, this replaces the ungainly low-level APIs (HTTP/streams) and the "commonly used but showing their age" frameworks like Express/Connect. The end result would be apps and libraries that are portable between Node, Demo, Cloudflare Workers, and Web workers (PWA).

Obviously absent: AWS Lambda, which only finally just caught up with Node 16. From the Cloudflare announcement:

It is a minimal set of existing web APIs that will be implemented consistently and correctly in Node.js, Deno, and Cloudflare Workers. Most of the APIs, with some exceptions and nuances, already exist in these environments, so the bulk of the work remaining is to ensure that those implementations are conformant to their relative specifications and portable across environments. 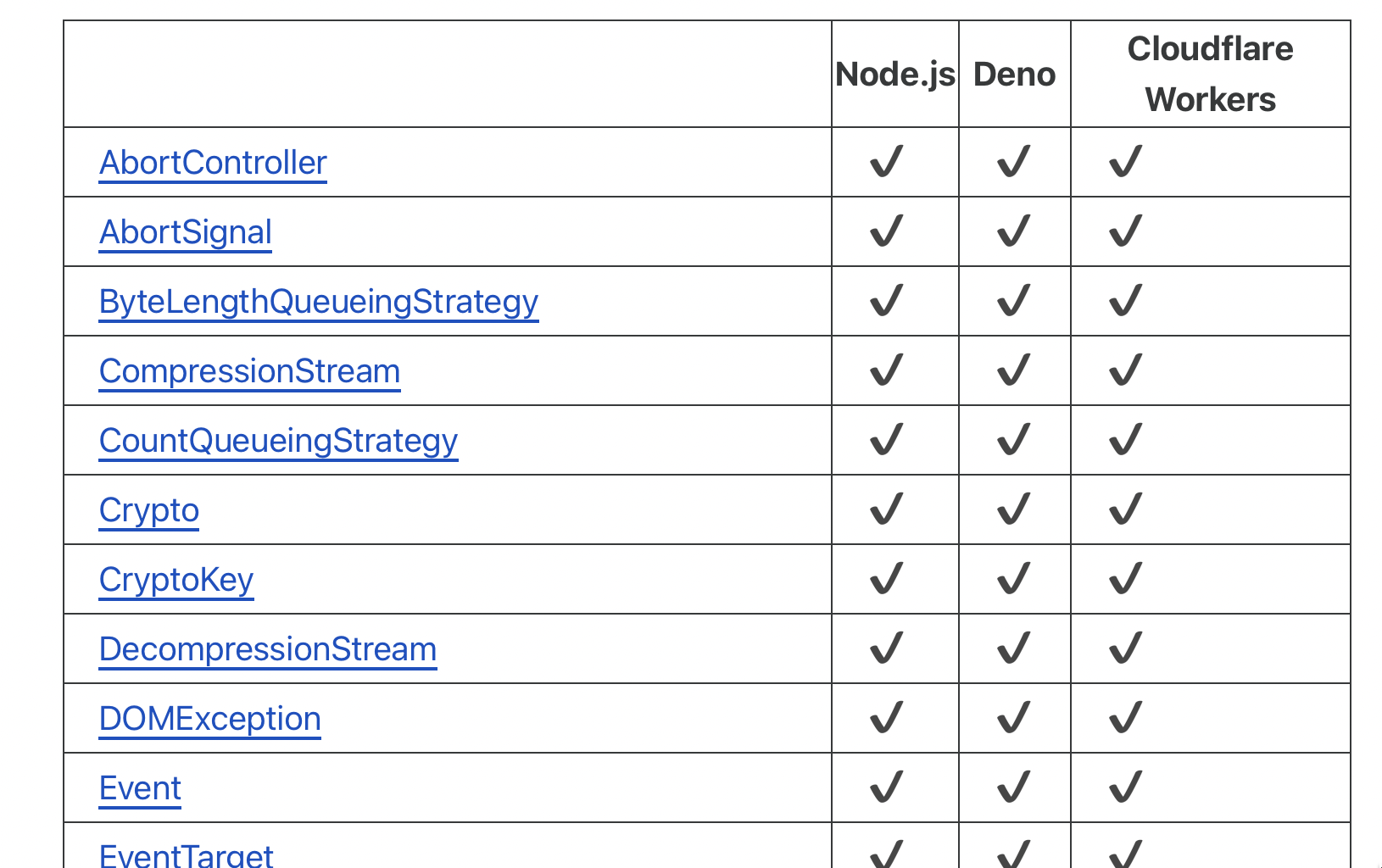 Server-side vs Client-side Analytics "My trust level in analytics products is low" is not a surprising conclusion here:

These couldn’t be more different. 2.1× the visitors, 18.5× the pageviews. Obviously the big numbers are the real numbers. 😉

Let's say you're building a platform and you want your customers/partners to extend it with new capabilities. You offer them an API and webhooks, but they still need to host and run the code somewhere.

What if you could offer them the API and a place to deploy and run their code? What would people build when you lower the barrier to entry?

It eliminates latency by downloading and storing data in the browser. And in the background, it syncs with the server and handles conflict resolution.

Comes with a generous free plan for pre-revenue companies and open source projects. 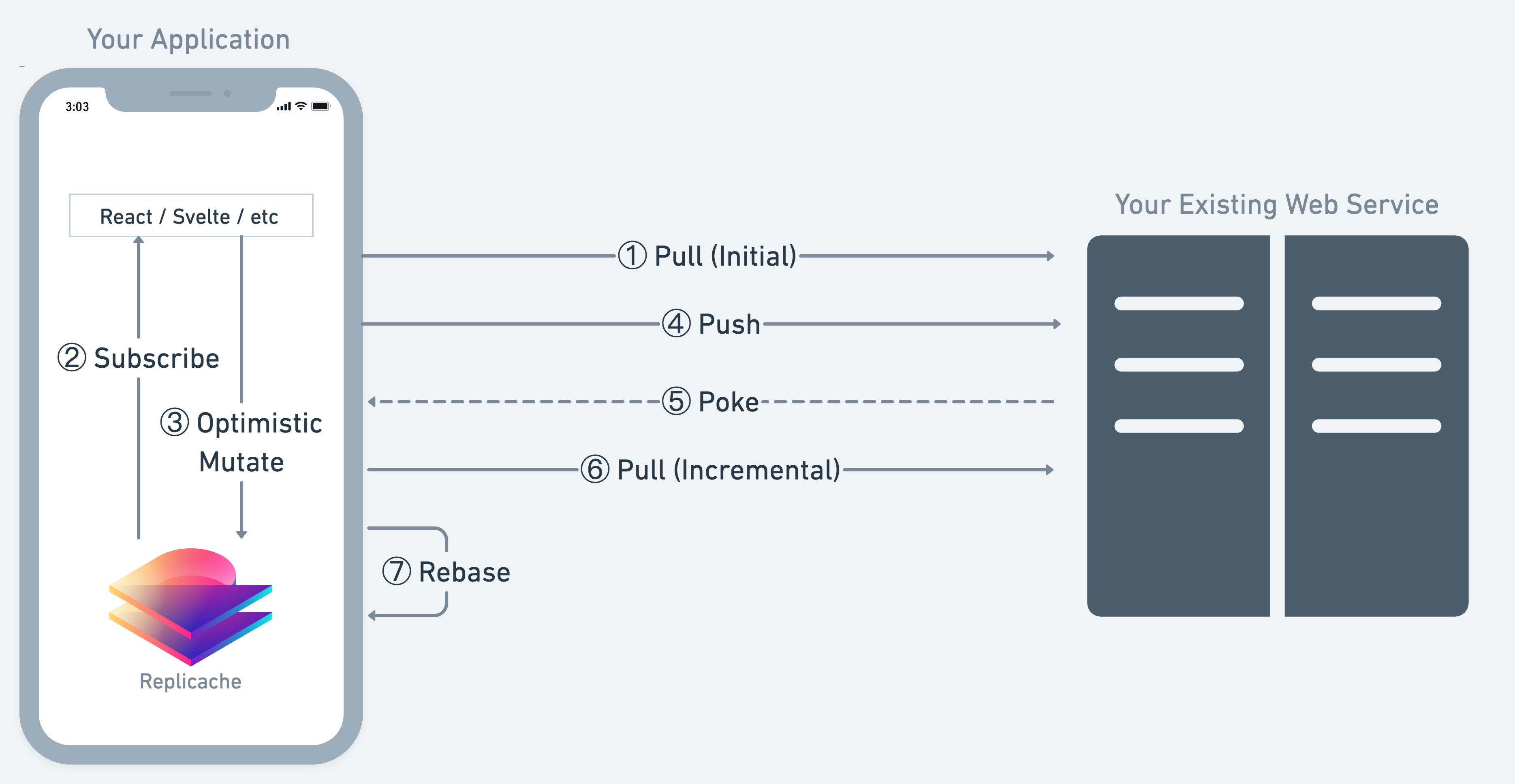 Announcing D1: our first SQL database No, I do not work for Cloudflare, just that they made a few interesting announcements this week.

One way to make apps more responsive is by moving the data to the browser, like Replicache does. That works well for client-heavy apps, but what if you want to render on the server?

Move the database to the data center that's closest to the user. This is the approach D1 takes, using SQLite as the replicated database:

D1 is built on SQLite. Not only is SQLite the most ubiquitous database in the world, used by billions of devices a day, it’s also the first ever serverless database. Surprised? SQLite was so ahead of its time, it dubbed itself “serverless” before the term gained connotation with cloud service, and originally meant literally “not involving a server”.

For good measure, Fly.io is also heading in that direction, I'm All-In on Server-Side SQLite:

My claim is this: by building reliable, easy-to-use replication for SQLite, we make it attractive for all kinds of full-stack applications to run entirely on SQLite. It was reasonable to overlook this option 170 years ago, when the Rails Blog Tutorial was first written. But SQLite today can keep up with the write load of most applications, and replicas can scale reads out to as many instances as you choose to load-balance across.

Greg Titus “Oh how this speaks to me... (found by @holliebutler on mastodon without attribution)” 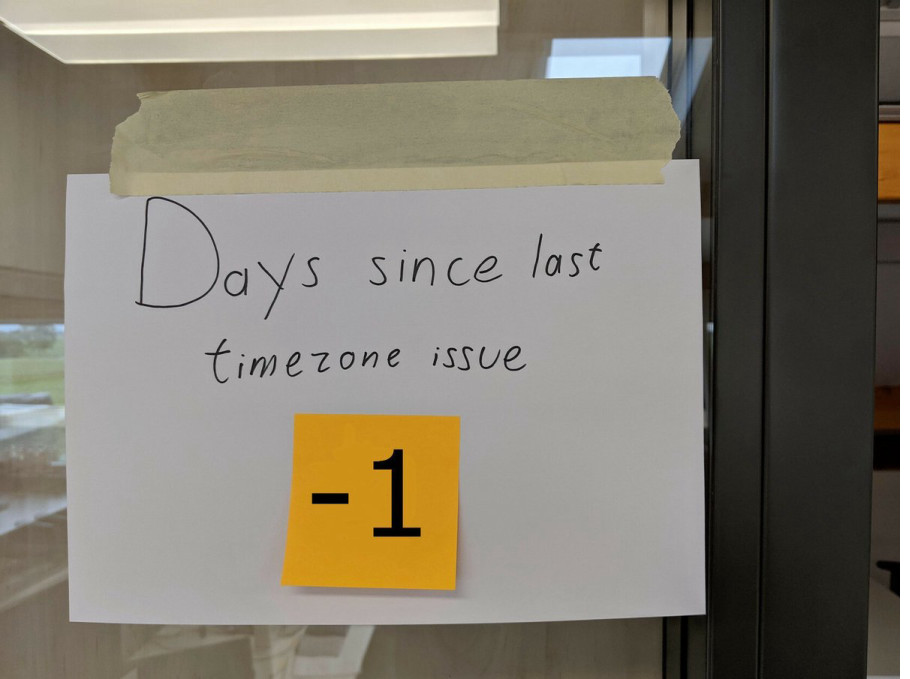 David Sacks 👇 Thread on the current mood in tech:

Investor sentiment in Silicon Valley is the most negative since the dot-com crash. 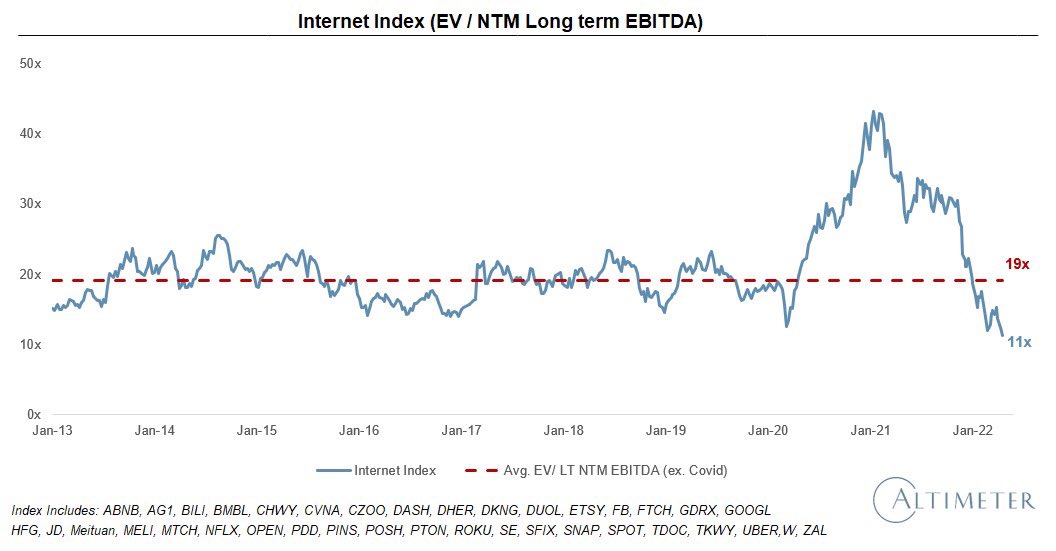 Rose W 👇 Apropos the Big Tech Meltdown, this thread has some level-headed advice:

Having survived the first dotcom bubble here’s my advice for those worrying about the current tech hiring slowdowns / layoffs. 🧵(I’ll add to it over the day.)

This one, in particular, is something to look out for. Any time there's belt-tightening or a strategy shift, the 2nd floor is first to experience it:

Avoid jobs that are “building the second floor” type problems. What do I mean by that? You want to be doing something directly responsible for how the company makes its $ and not something that supports the making. No one noticed the second floor unless it vanishes.

GDPR and the Lost Generation of Innovative Apps I'm on the opinion that GDPR has cost Europe some good tech, and the supposed privacy gains aren't all that:

Using data on 4.1 million apps at the Google Play Store from 2016 to 2019, we document that GDPR induced the exit of about a third of available apps; and in the quarters following implementation, entry of new apps fell by half. We estimate a structural model of demand and entry in the app market. Comparing long-run equilibria with and without GDPR, we find that GDPR reduces consumer surplus and aggregate app usage by about a third. Whatever the privacy benefits of GDPR, they come at substantial costs in foregone innovation.

JazzKeys JazzKeys turns your keyboard into a jazz instrument. Start typing and see what music you come up with. 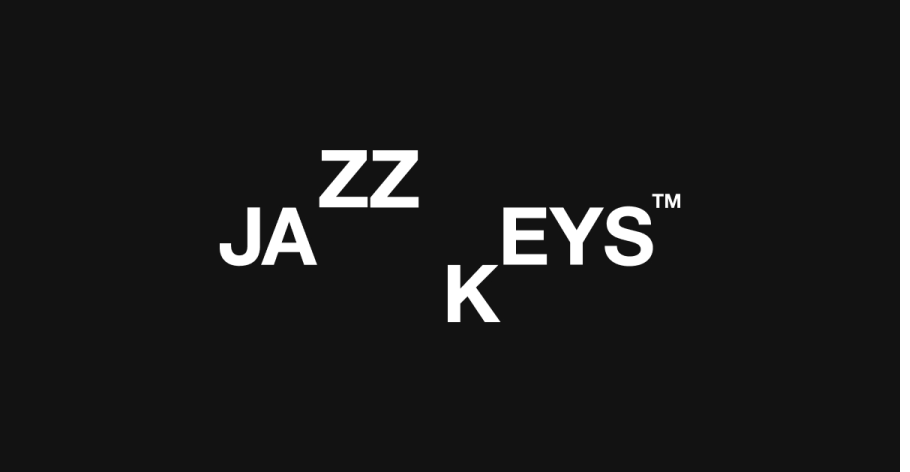 RIP to the iPod. Kids today will never know the glory of having these all listed as different artists 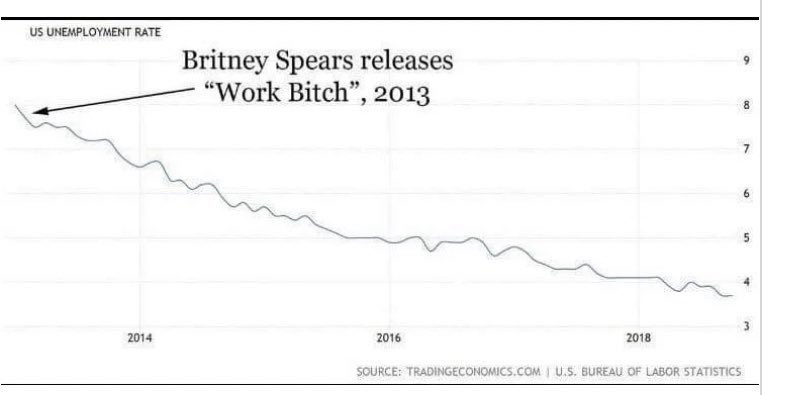 slate thanks for calling me out 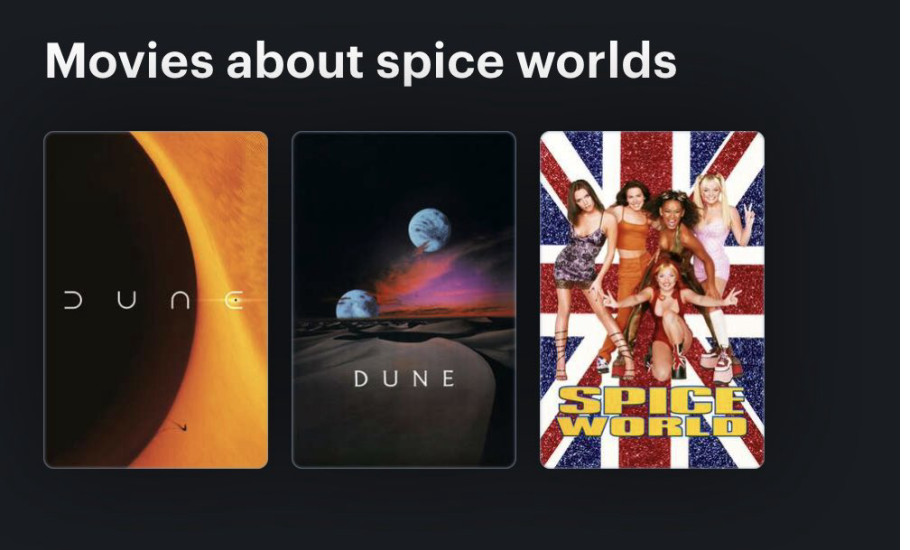 a party, but everyone brings potatoes prepared a different way 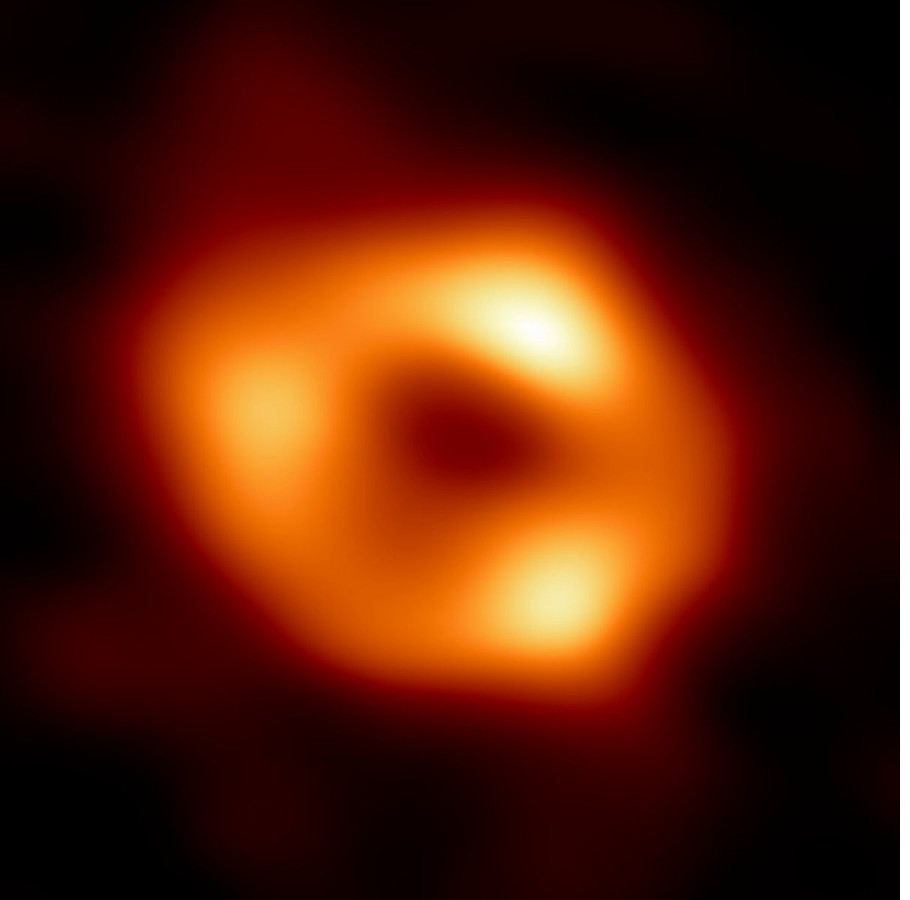 The Sound of Sunday Just a giant play button that streams Lofi. 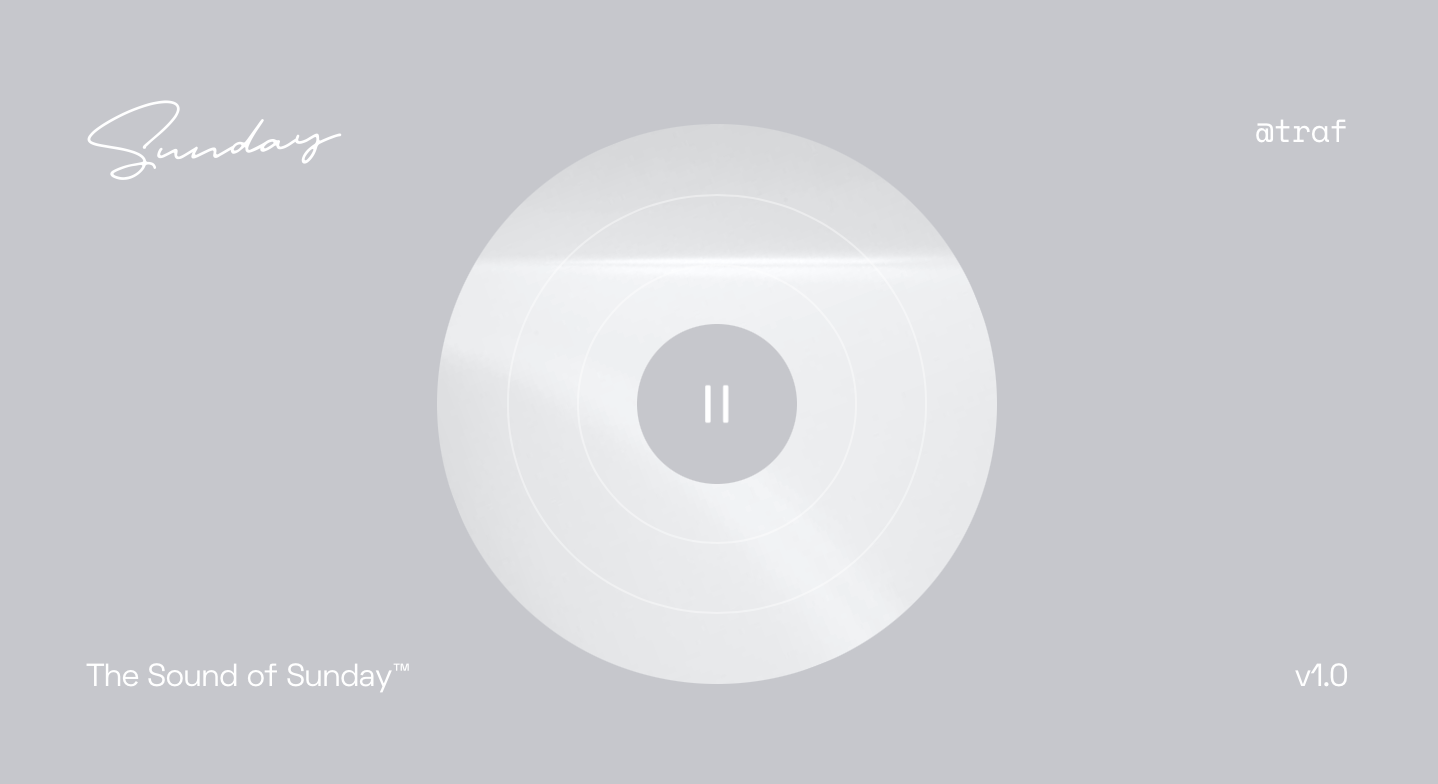