@GidgetNomates "Real footage of everyone who buys a raspberry pi"

The initial tip was all about getting people to the core value of the app. Which required adding some employees -how else do you manage an employee payroll?

So successful onboarding comes down to this: "getting to product value as fast as possible — but not faster." 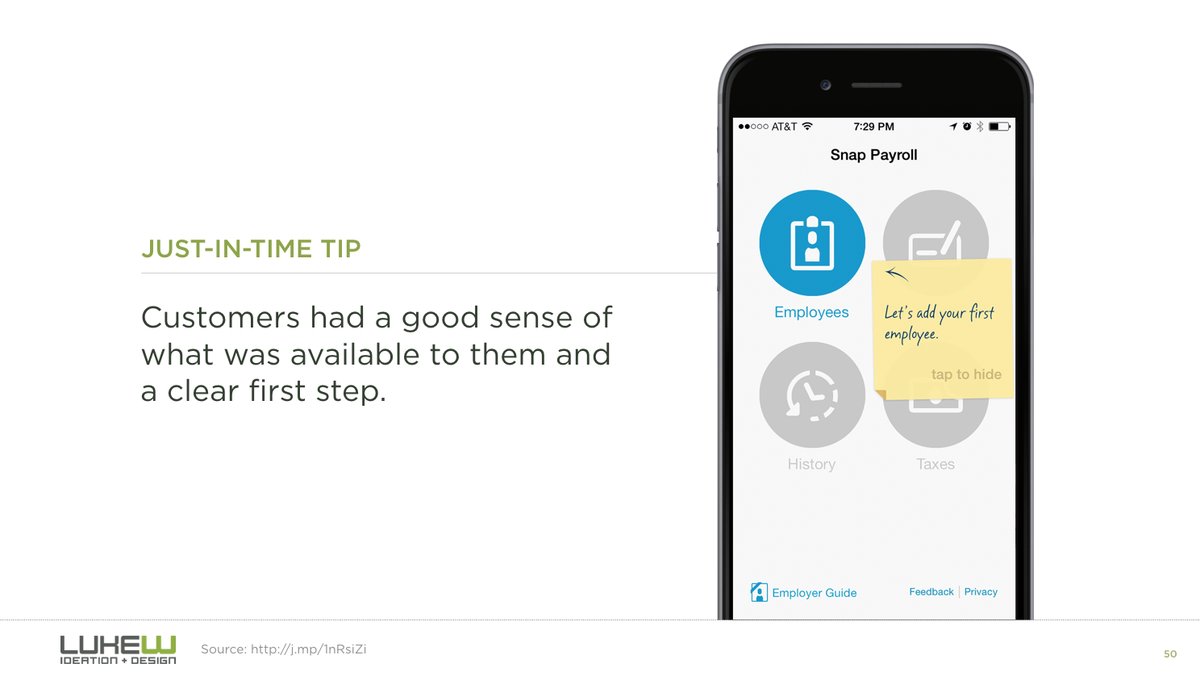 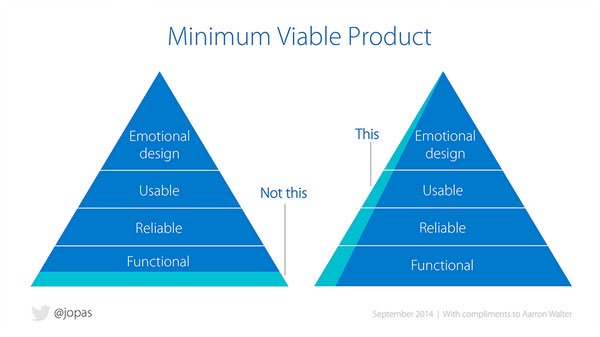 “42% of the tasks are complete.” What does that tell you? Very little.

What we really want to know is where the work stands. Has the team figured out how to do it? Are there unknowns that will block us ahead? What’s solved and what’s still full of uncertainty?

Jon Masters Kind of funny, in a meltdown kind of way:

Congratulations @intel and friends like @rsinghal1 for 40 years of x86 ! Also, while Congratulations are in-order, they may also be fully out-of-order these days thanks to modern designs 😉 #dadcomparchjokes

git pro tip: stick to a consistent style for git commit messages. I suggest starting them with “In which our hero”. E.g.,

WOW! Another reason to use Native HTML inputs like <input type=tel>, <input type=date>, & native <select> over custom controls made of <div> tags. The native controls will work on Apple Watch and already have #A11y included for free! 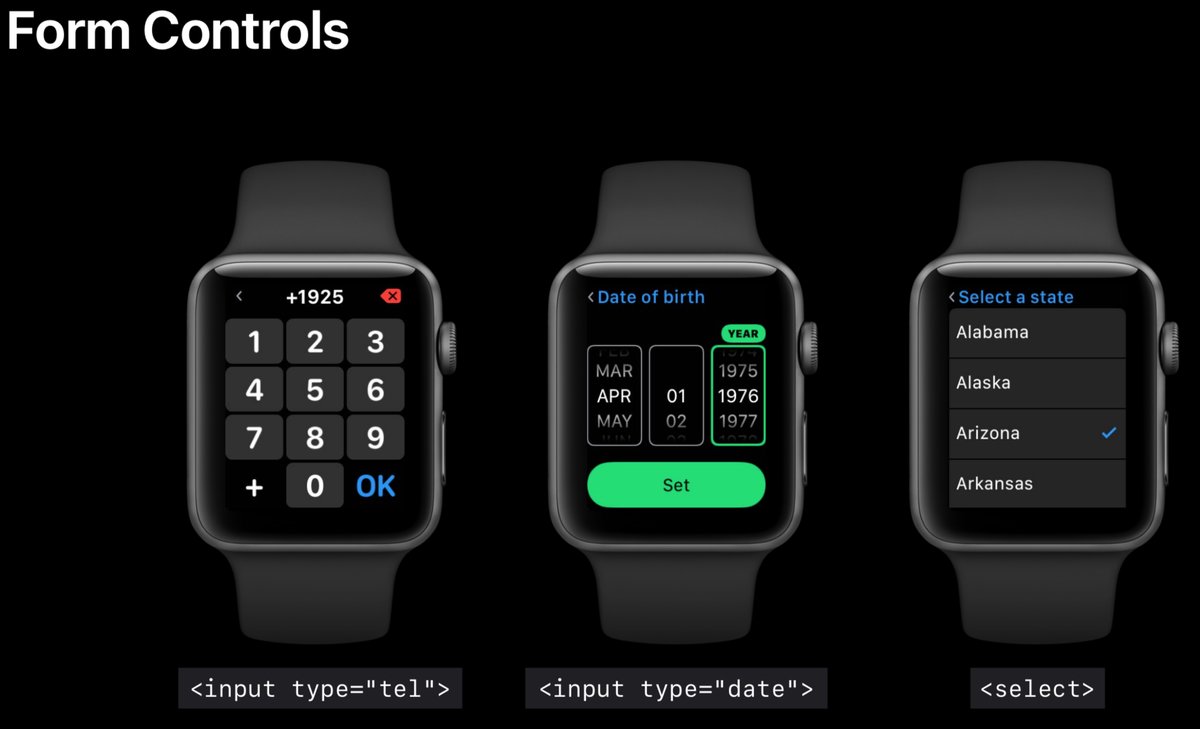 The CSS cascade is exactly as messy as your terrible serverside class inheritance hierarchies. But somehow we can deal with the latter because it’s “real code”

George Griffiths I need to try that:

I recently did a presentation to my team where I used a Webpack bundler visualisation to show everyone what goes into the app, people were shocked at the 6+ years of legacy code from backbone to 2018

Alerting on spikes in status page views: so wrong, or so right?

Cory G Watson There's a name for that:

Oncallogist: (n) Someone who studies cancer of computer systems.

Safari Browser in iOS 12 and macOS Mojave to Feature Enhanced Privacy Tools Coming soon to an Apple device, the new Safari has better security (including 1Password integration!), and stronger privacy protection. Also, takes a hard stance on Facebook, and we'll see how that plays out:

When viewing sites in Safari, "like" and "share" social media buttons, as well as comment fields, embedded on pages will be prevented from automatically tracking users until they're interacted with.

When users do interact with these items, they'll be shown an alert warning them that they may then be tracked.

CSS Is So Overpowered It Can Deanonymize Facebook Users Interesting exploit (bug fixed, no worries):

The attack consists of overlaying a huge stack of DIV layers with different blend modes on top of the iframe. These layers are all 1x1 pixel-sized, meaning they cover just one pixel of the iframe.

Habalov and Weißer say that depending on the time needed to render the entire stack of DIVs, an attacker can determine the color of that pixel shown on the user's screen.

Brian Janosch "because tech fixes everything …"

We trained Norman on image captions from an infamous subreddit (the name is redacted due to its graphic content) that is dedicated to document and observe the disturbing reality of death. Then, we compared Norman's responses with a standard image captioning neural network (trained on MSCOCO dataset) on Rorschach inkblots; a test that is used to detect underlying thought disorders. 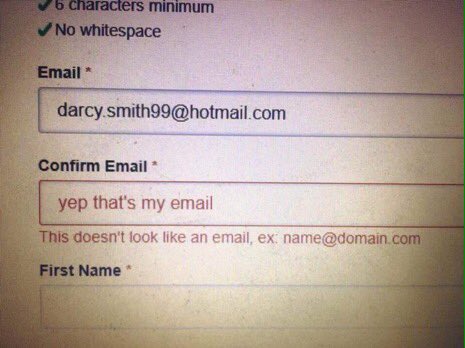 The Dictionary of Obscure Sorrows An attempt to name emotions we all experience but don’t yet have a word for, my favorite:

sonder n. the realization that each random passerby is living a life as vivid and complex as your own—populated with their own ambitions, friends, routines, worries and inherited craziness—an epic story that continues invisibly around you …

Microsoft Just Put a Data Center on the Bottom of the Ocean Free cooling and renewable energy (tidal). Might not be the easiest thing to repair, though. 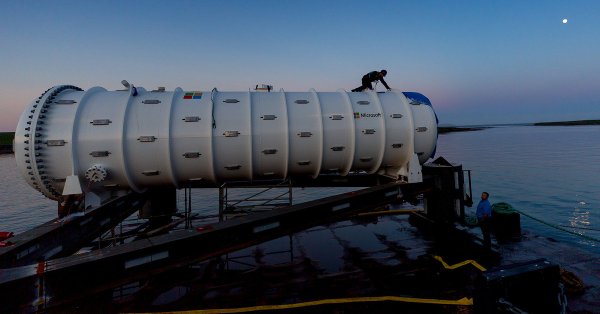 Would you travel on a windowless plane? Emirates is looking to use virtual ones instead Would you trade a physical window for a virtual one — a projection of the outside?

There were a number of benefits to removing windows, a key one being that it would save 50 per cent of the weight of an aircraft, "simply because in terms of build and structure and load [they] are quite a problem and you have to reinforce a fuselage to be able to take them".

S. Vaughan-Nichols What do you call the dread of throwing away AC adapters? Because I have a couple of boxes of junk to go through, and not sure which adapter I might need one day, and which are orphans. Help! 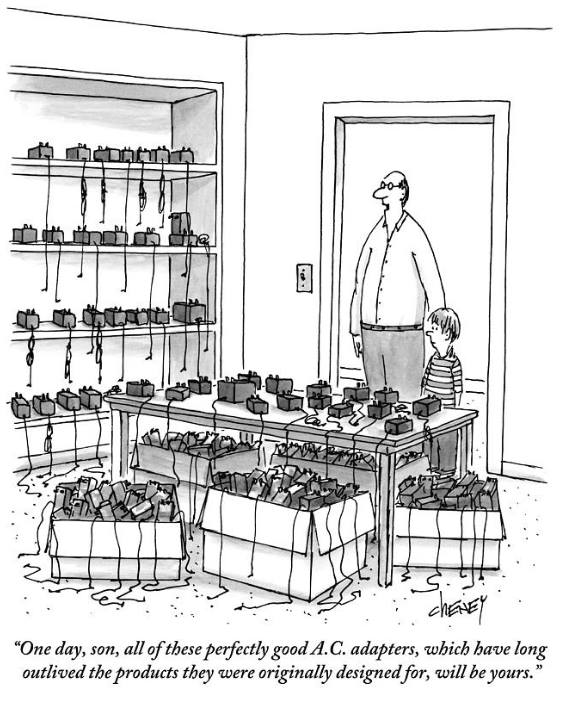 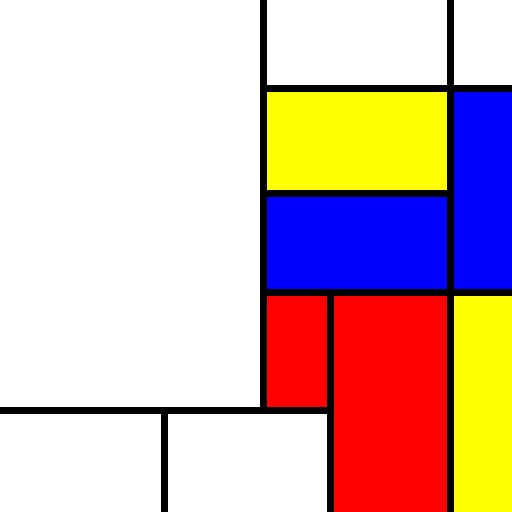