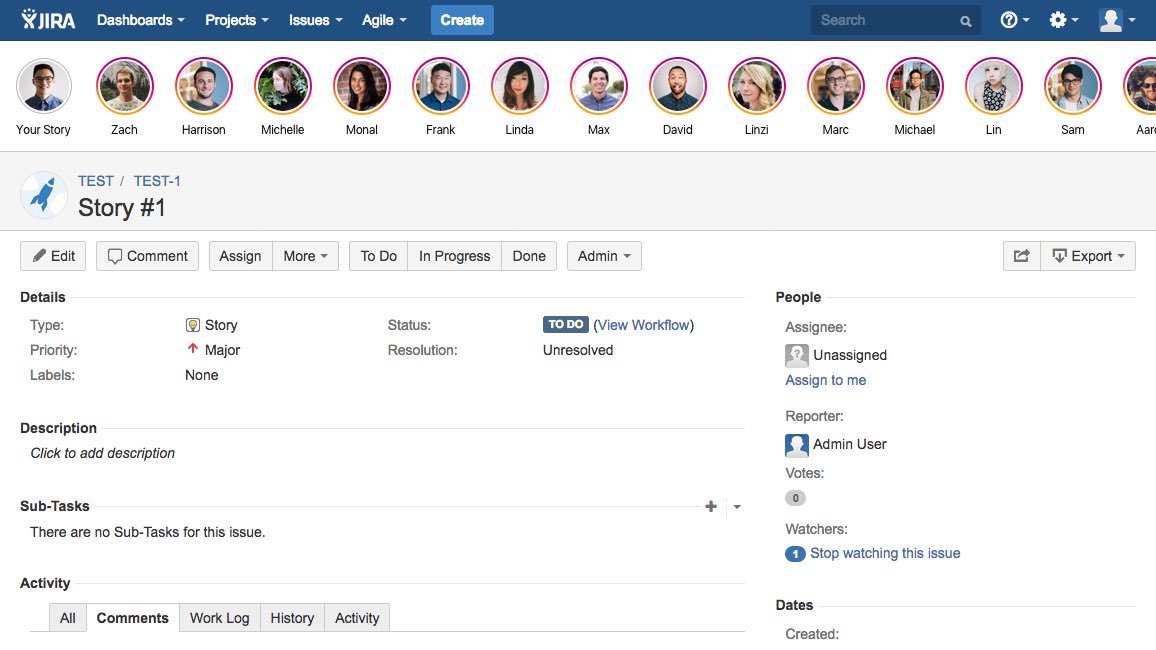 Design thinking lessons from our cats "Think inside the box."

Meet the inventor of the electronic spreadsheet Dan Bricklin's TED talk, on how VisiCalc came to happen, and prototyping in the age of punch cards.

On the Current State of Design Systems in UX The history, key considerations, and when/how to use design systems.

CSS in not broken If you plan on using CSS effectively, take this to heart:

Design your styles so they can be reused, anywhere in the app. Learn SMACSS and BEM. And don’t stop because you understand the “naming system”—these methodologies are about far more than double-underscores and double-hyphens. They are about code organization, reuse, and refactoring. They are the solution to dead code elimination. They offer ways to utilize the cascade instead of fearing it. They allow you to know precisely where in your code you can find a certain set of styles.

TIL loading your jquery script via a google cdn: users in china wont get any jquery as anything google is blocked in china

basecamp/geared_pagination Variable speed pagination gears up to give you more search results, the deeper you search. Simple and deceptively smart:

Geared Pagination allows you to define different ratios. By default, we will return 15 elements on page 1, 30 on page 2, 50 on page 3, and 100 from page 4 and forward. This has proven to be a very sensible set of ratios for much of the Basecamp UIs. But you can of course tweak the ratios, use fewer, or even none at all, if a certain page calls for a fixed-rate scheme.

One Line of Code that Compromises Your Server Reminder: "A session secret that is not sufficiently cryptographically random can be guessed with fairly little time, effort and resources."

Loopy A tool for thinking in systems.

For anyone who feels bad about their product backlog, just remember that Outlook has been rendering smiley faces as "J" for eight years.

JavaScript. But less iffy. What if you wanted to write JavaScript without using if/else statements?

The Debugging Mindset If you're reading one research paper this week, make it this one. It's about the psychology of different learning strategies, and how to develop your problem-solving skills:

Through continued learning, malleable views of problems, and effective use of tools, you can become successful in debugging. Still, some insist that debugging is more of an art than a science. I think we can dispatch this idea entirely. It is clear that debugging requires learning, and the scientific method is specifically designed to yield new knowledge. The method, summarized: (1) Develop a general theory of the problem. (2) Ask questions leading to a hypothesis. (3) Form a hypothesis. (4) Gather and test data against the hypothesis. (5) Repeat.

Programming is Writing is Programming What insights do we gain from viewing programming as similar to writing?

The core idea of the paper is that programming and writing are both, in essence, the activity of taking a very high-level idea and translating it to low level statements: sentences and words for the writers, and methods and lines of code for the programmers.

Here’s a thought: If we had viewed programming more alike writing from the start, would we have come to agile design methodologies sooner?

A group of StackOverflow users is called a "just".

Guidelines for Effective Collaboration If you're part of a remote team, here are some tips for better collaboration.

Almost everything will work again if you unplug it for a few minutes, including you.

Someone is putting lots of work into hacking Github developers Be safe out there:

Dimnie is a highly modular piece of software that gives attackers an extensive menu of capabilities that can be tailored to a specific target. Available functions include keylogging, the taking of screenshots, interacting with attached smartcards, extracting PC information, …

The campaign targeting Github users starts with e-mails that attach a booby-trapped Microsoft Word document. The file contains a malicious macro that uses PowerShell commands to download and execute the payloads.

[CVE-2017-7240] Miele Professional PG 8528 - Web Server Directory Traversal That is a dishwasher getting hacked because someone forgot about ../.

Adrienne Porter Felt "What can your ISP see in your browsing history?" (simplified, but gets the point across) 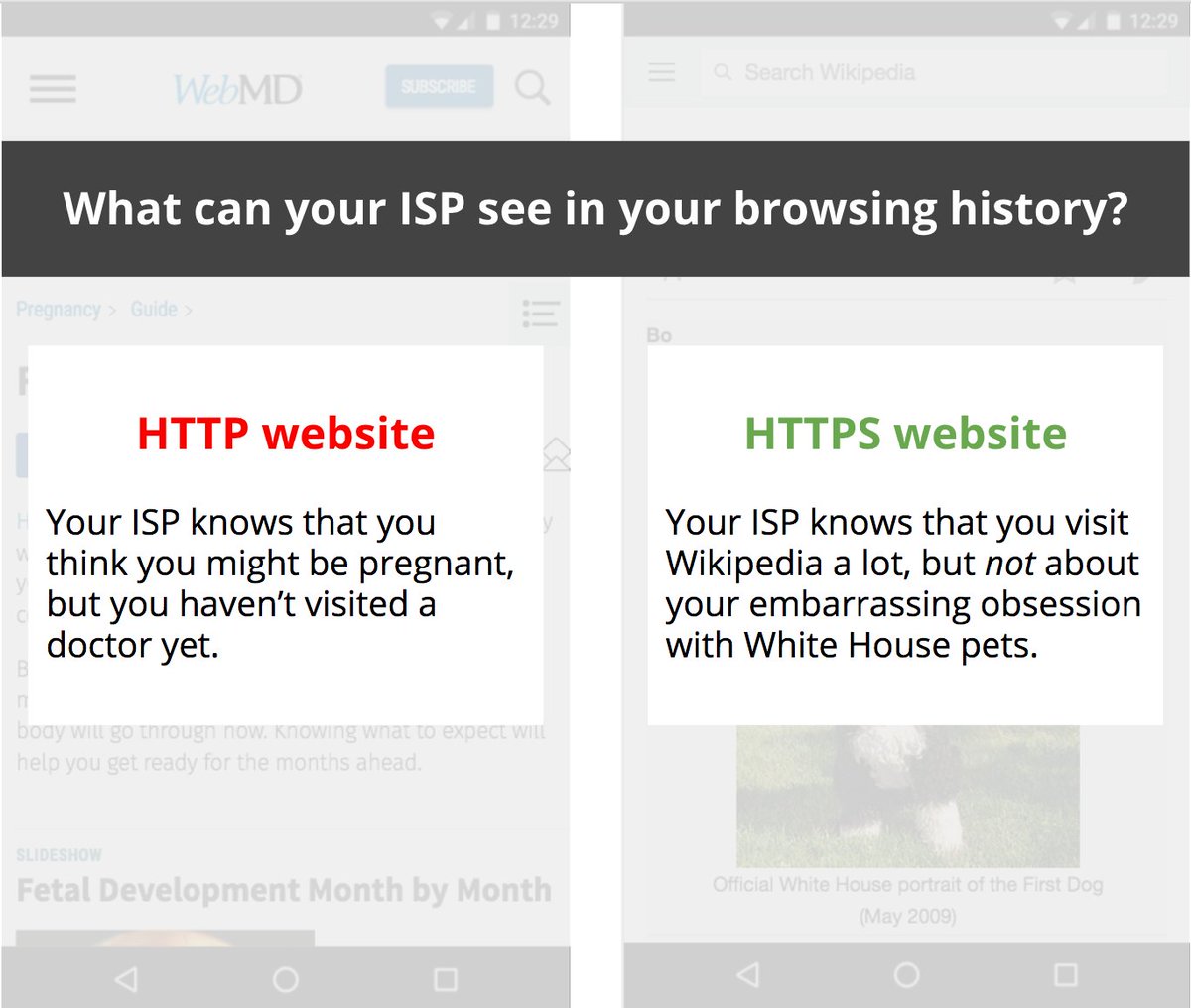 14,766 Let's Encrypt SSL Certificates Issued to PayPal Phishing Sites But then again, "HTTPS is secure" is wrong, and this where we get everyone confused.

This Is Almost Certainly James Comey’s Twitter Account Are you as good at hiding your secret online identity as the director of the FBI?

Ben Tolmachoff "This little girl thought a broken water heater is a real life robot. It's just not fair how cute it is"

State officials have said that between Oct. 1, 2013, when the MiDAS system came on line, and Aug. 7, 2015, when the state halted the auto-adjudication of fraud determinations and began to require some human review of MiDAS findings, the system had a 93% error rate and made false fraud findings affecting more than 20,000 unemployment insurance claims. Those falsely accused of fraud were subjected to quadruple penalties and aggressive collection techniques, including wage garnishment and seizure of income tax refunds. Some were forced into bankruptcy.

Charles Duhigg "People won’t stop staring at their phones, so a Dutch town put traffic lights on the ground" 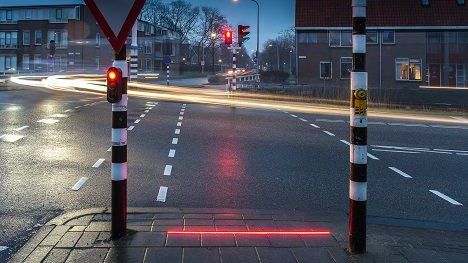 Stevosideways "I literally defy anyone to watch this video in full and not be smiling like a big idiot by the end!!! 😂😂😂😂"

Network performance on test data indicates that this author would have received an 87.2 (1)% chance of "Yes" given a particular set of environmental input parameters. Most critically, the optimal method of question delivery is found to be Secret Note rather than Verbal Speech. There also exists mild evidence that wearing a burgundy mini-dress might have helped.

Me: My computer is acting weird, I don't know what's wrong.

Friend: Maybe you should take you computer out to dinner. Let it know you care.

The Journalist-Engineer "Lately, some of the best articles in the NY Times and Bloomberg are 99% code. The end-product is predominantly software, not prose."

Rethinking our default profile photo Twitter finds yet another way to "tackle but not really, in fact not at all" abuse on its platform: rebrand those egg profiles!

We’ve noticed patterns of behavior with accounts that are created only to harass others – often they don’t take the time to personalize their accounts. This has created an association between the default egg profile photo and negative behavior, which isn’t fair to people who are still new to Twitter and haven’t yet personalized their profile photo.