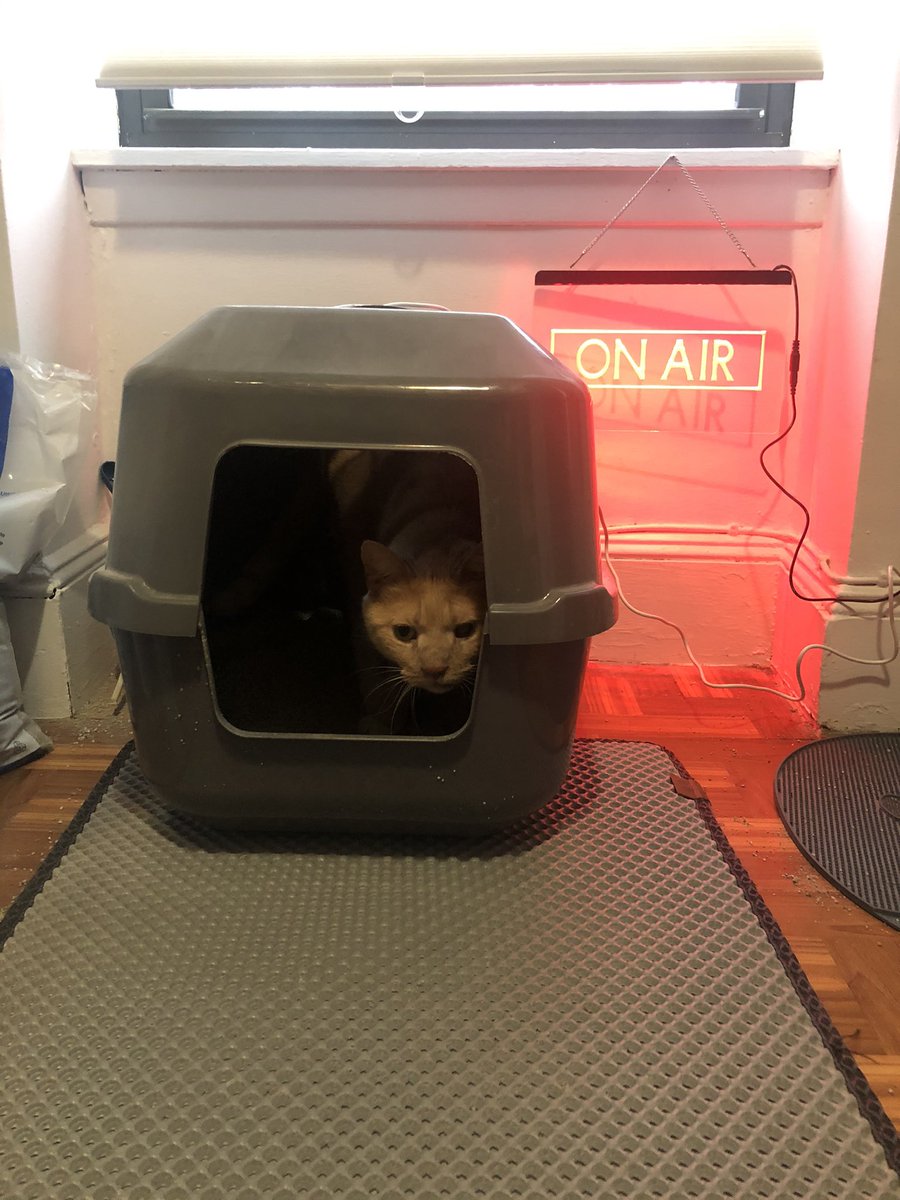 Hannah Solow “My husband set up a motion sensor sign that lights up when my cat poops....please hire him, he has too much time on his hands”

Average UX Improvements Are Shrinking Diminishing returns but also a sign of maturity:

This decrease in average improvement scores doesn’t mean we’re doing a bad job; it shows that, as an industry, we’ve done an excellent job over the past 10+ years. At the beginning of the human factors and usability movement, just about every product had substantial room for improvement. 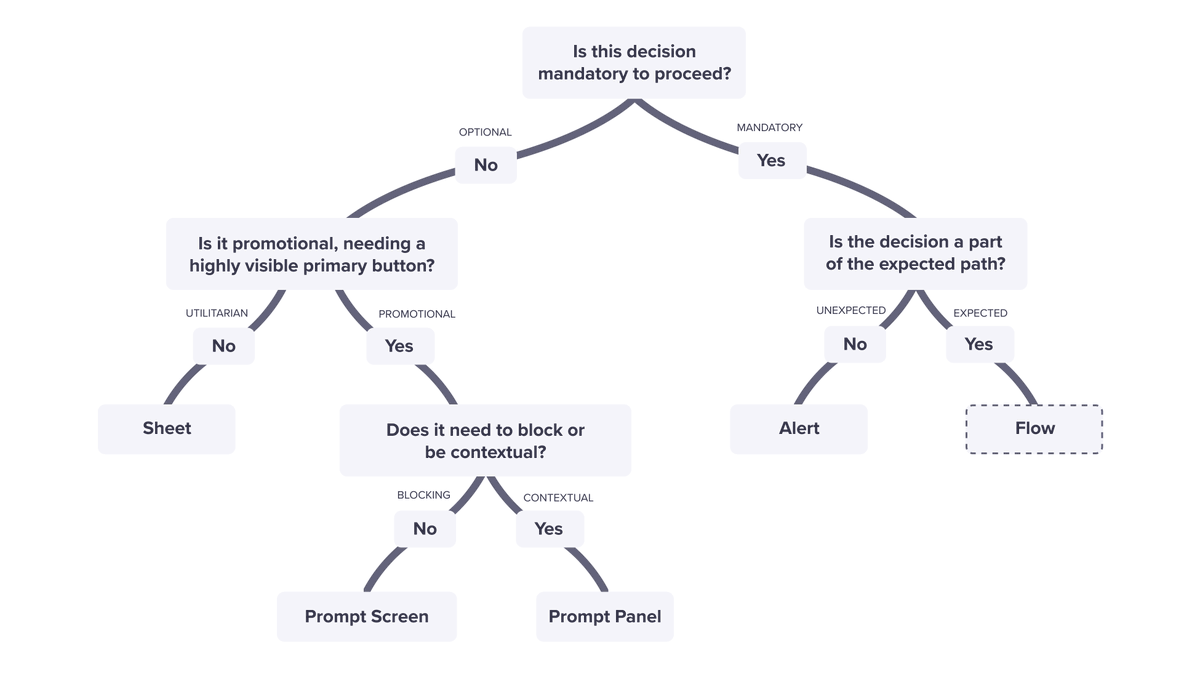 The great thing is creating accessible and inclusive email designs is easy. It comes down to some simple changes that most people can do. Spend some extra time adjusting your standard newsletter according to the tips featured in our guide. 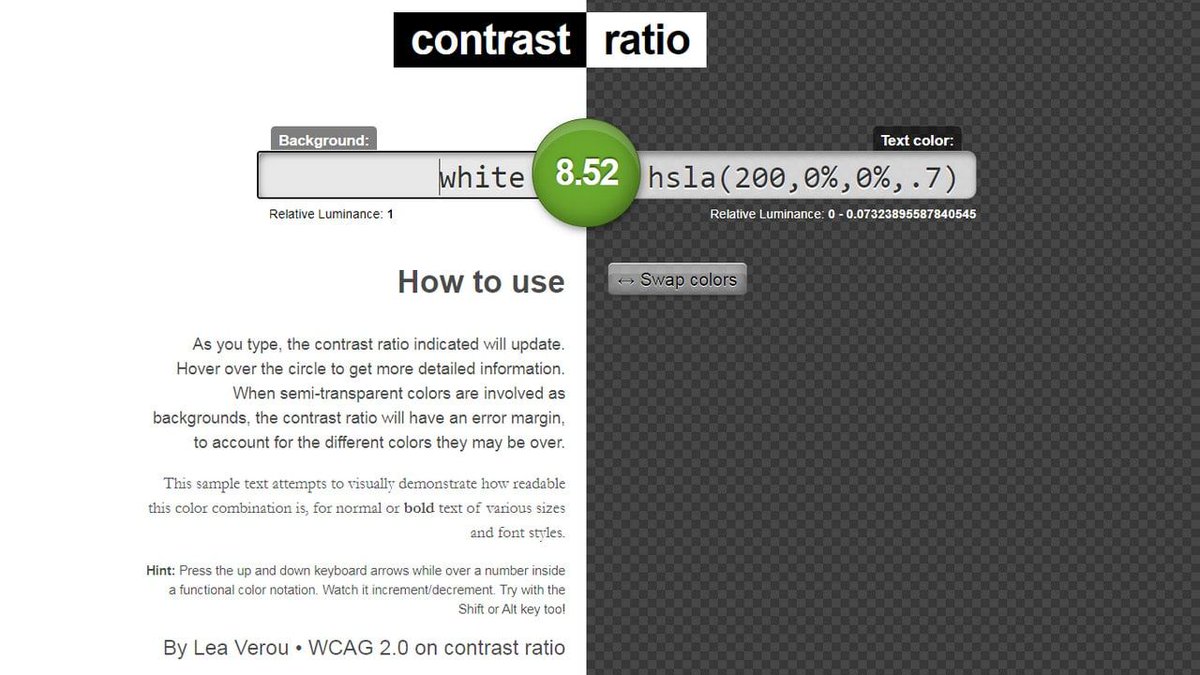 The power of unfinished Interesting take:

The power of unfinished is, perhaps not surprisingly, the power of starting. Once we start something, our brain starts rewiring itself. Now there is something, where before there was nothing. We gain momentum, pose, and keep the ball rolling.

One More Thing: The M1 Macs Damn. The MacBook Air is a delightful device to use. I got the first generation when it came out and loved it. Back then, it was under-powered, frustratingly so. Enter the new ARM-based Air, which is faster than your 16" Macbook Pro, iMac or Mac Pro. The new ARM CPUs is screaming fast, and also increase battery life to 18 hours!

* For developers and video editing, I would recommend the new 13" Pro, the fan is necessary for heavy workloads. 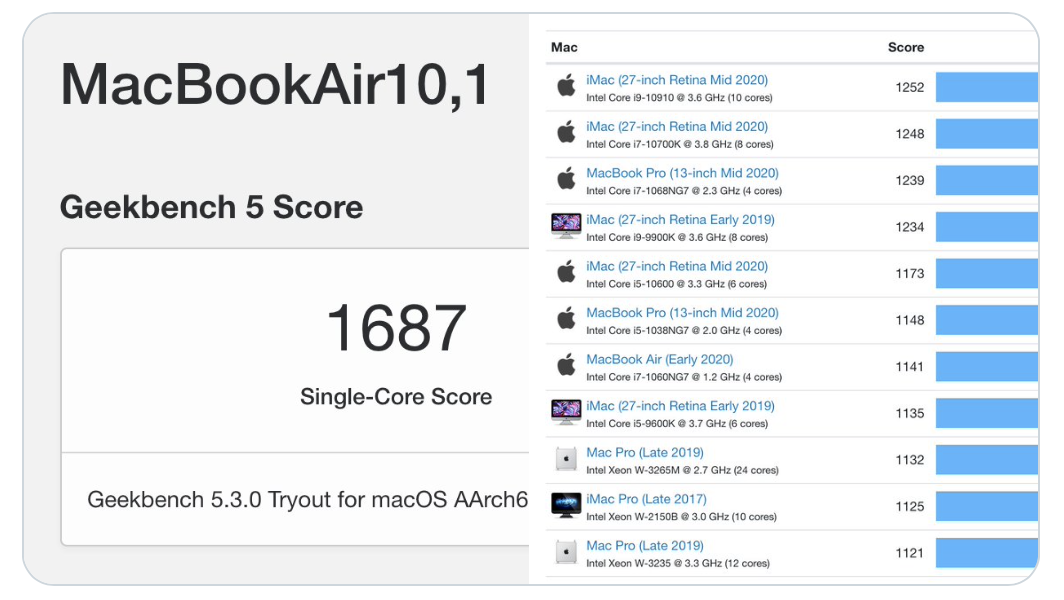 docker/for-mac/issues/4733 New architecture means some existing software won't work as expected. If you’re using Docker, wait it out and follow this thread.

TDD is older than you and me

Tomas Petricek: Turns out Test Driven Development was invented in 1945! A quote I mentioned in my #codemeshv talk yesterday, from Jean Jennings Bartik's autobiography: https://tsup.truman.edu/product/pioneer-programmer-jean-jennings-bartik-and-the-computer-that-changed-the-world/

Alvaro Videla : If you keep digging, back in Babbage days they were doing “TDD” as well, when they compared/produced logarithm tables.

Operator Lookup A search engine for JS operators: “Why? Because they're ungoogleable: search engines ignore special characters. I can never remember what these things are called, or how they work!” 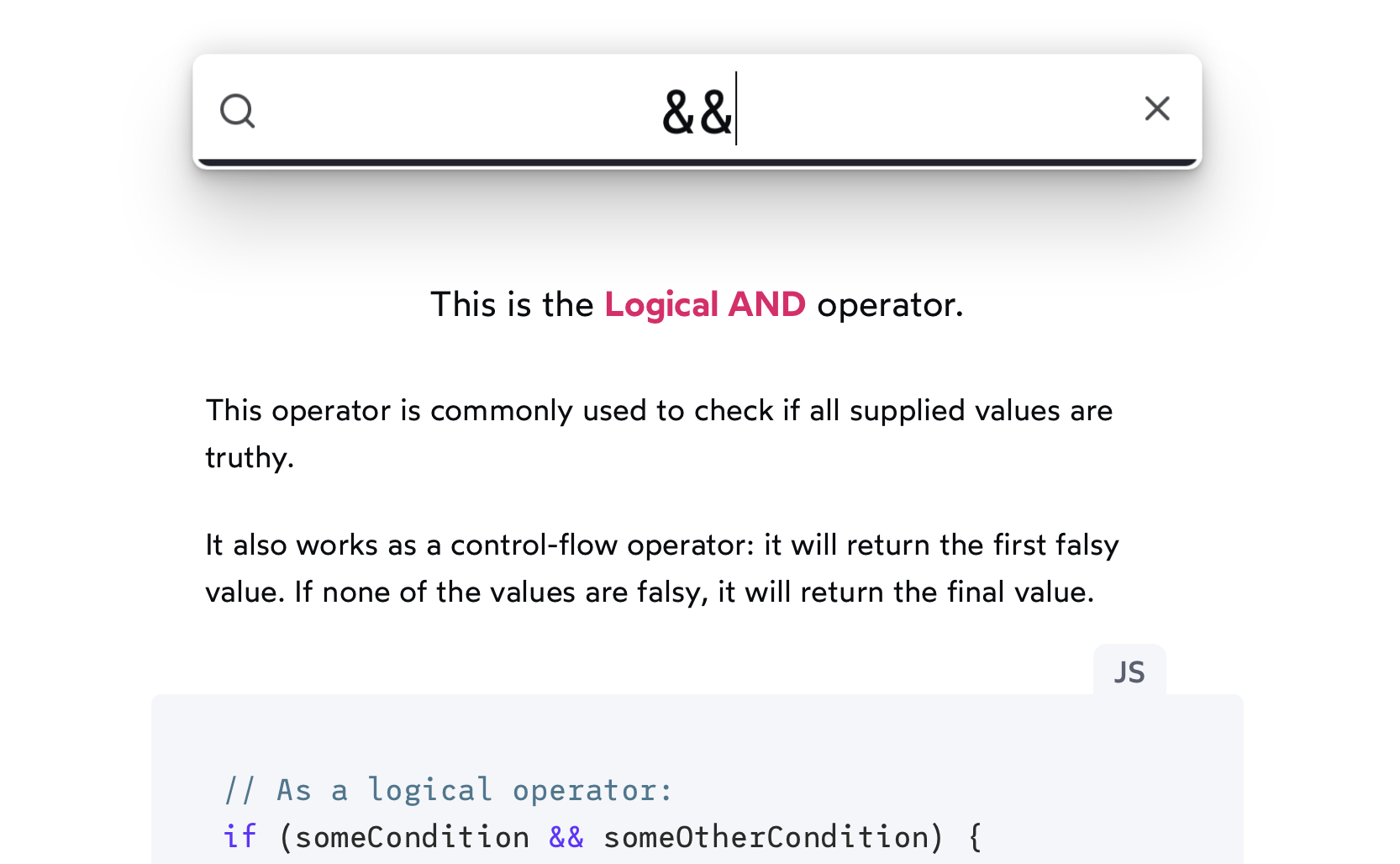 Attention Is My Most Valuable Asset for Productivity as a Software Developer Simplify, minimize, organize, prioritize, etc. There’s a few simple things you can do to cut down unnecessary distractions. That doesn’t mean work 8 hours straight, you should be taking breaks, make those breaks happen on your terms.

OH: You can't be confused about why engineers are looking for excuses to build a service mesh or whatever ridic thing. It's good for their resumes, their brand, it feeds talks and blog posts. The incentives of the engineering community are not aligned with the needs of business.

Also, Pro Tip: Using ARIA attributes as CSS hooks ensures your component will only look (and/or function) properly if said attributes are used in the HTML, which, in turn, ensures that they will always be added (otherwise, the component will obv. be broken)

Support WebAssembly (Mono Runtime) · Issue #38367 · dotnet/runtime .Net 5.0 can compile to WebAssembly and run in the browser, which means you can write client-side code in C# or F#, and is JSX# coming next?

Zach Holman Story of my life:

Did you know that it's physically impossible to write a new blog post without realizing you hate your layout and you NEED to restyle everything before writing a single new word?

I'm often complimented by CEOs on how I run meetings, and some (notably @tycloud) have asked for tips.

Before participants share their opinions, ask them to write them down.

Sometimes participants moan about it. Isn't that a waste of time?

The far bigger time-waster, I've learned, is free-form sharing. You inevitably get rat-holed because of someone's proclivity to blab or because one opinion generates endless debate.

7/ Apparently, the more experience I gain, the more my job is just asking questions?

Why We Will Never Have Enough Software Developers For one, demand will keep increasing and supply will always play catch up. This research looks at another cause: the “planned obsolescence” of developer skills, and how it affects the workforce. The high turnover of technologies — new stack every few years — means experienced software developers are always losing skills, as old technologies become irrelevant. The steady state is that your career will progress backwards, and so some developers switch to professions where skills last an entire career: accounting, legal, medical, etc. 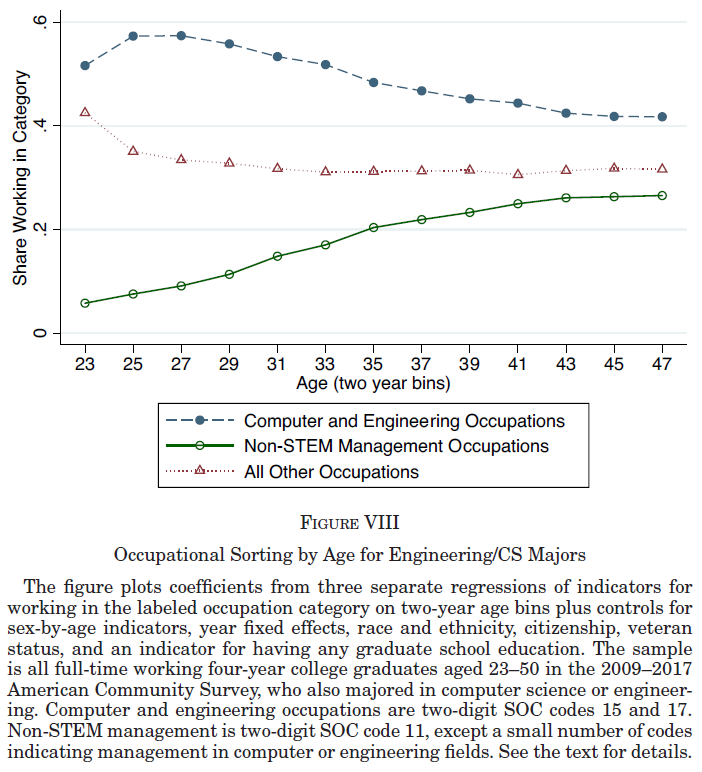 How to price your SaaS product If you’re building a SaaS product, this post will introduce you to the various aspects of SaaS pricing. It will save you guesswork, since it’s backed by data form ProfitWell. And yet, don’t forget to keep experimenting and tweaking:

Practically this is why you should be experimenting with your monetization every quarter. Experimentation can get tricky and have a few quirks, but you’ll find it’s similar to most growth frameworks out there (which are all versions of the scientific method). 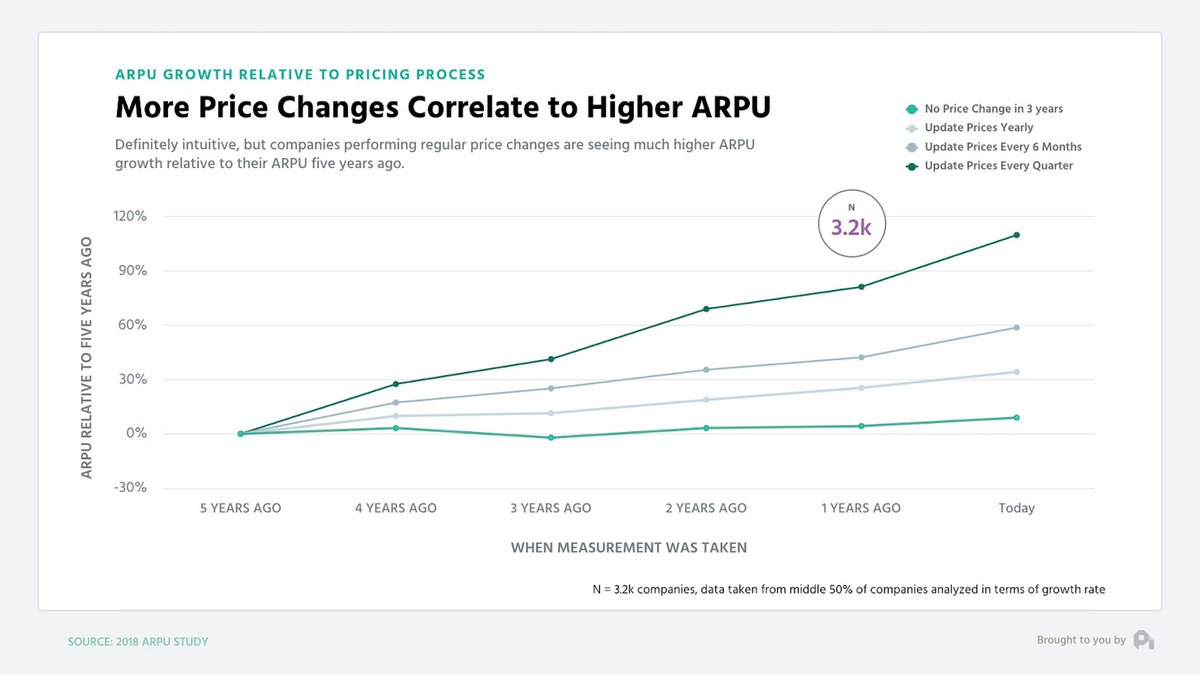 I don't know what the way out of this mess is, or what the path to success looks like. All I know is this.

*Privacy Not Included: A Buyer’s Guide for Connected Products “How creepy is that smart speaker, that fitness tracker, those wireless headphones? A guide for safe, secure connected products.” 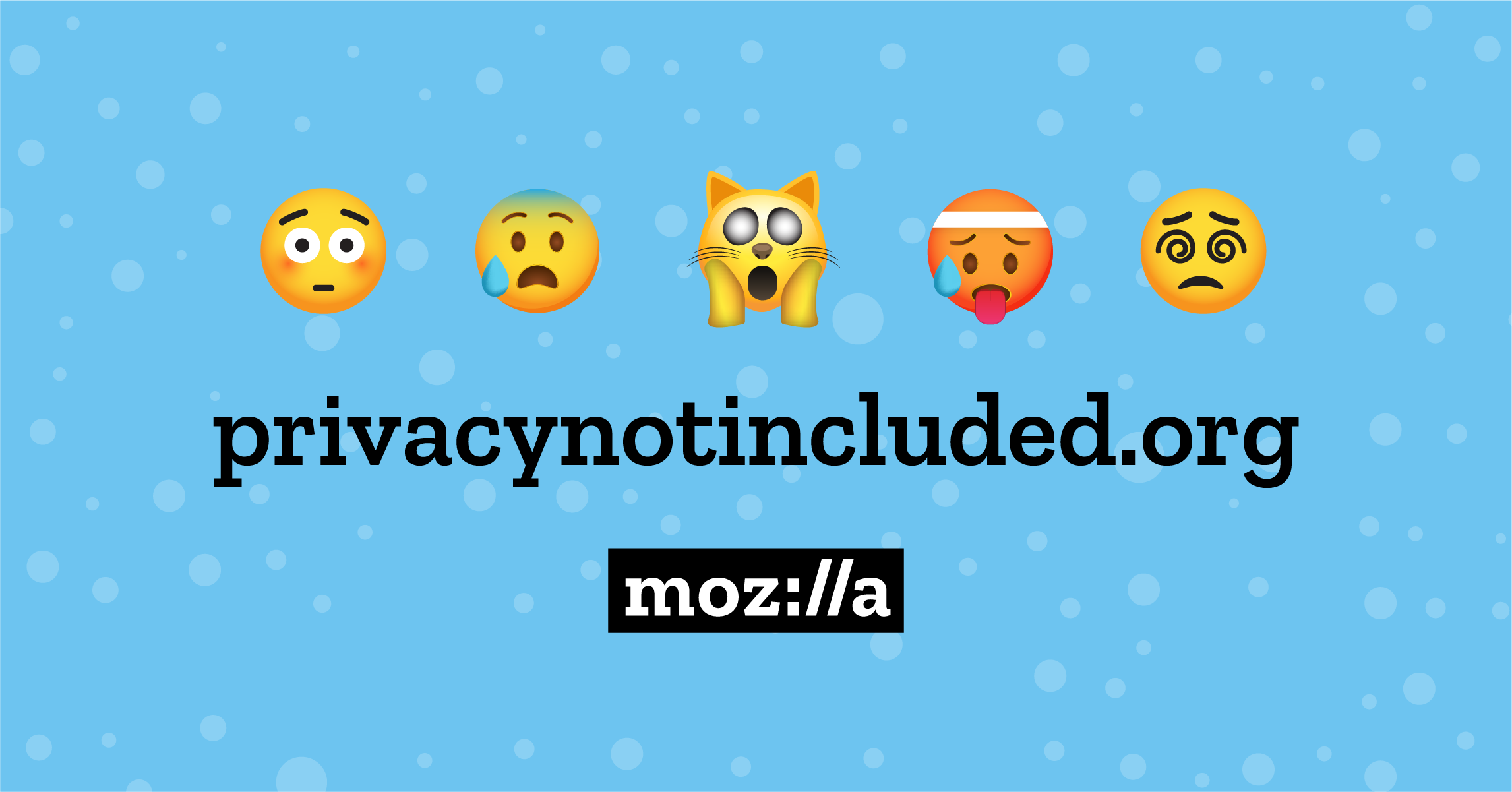 Will Knights “Johnny Cash warned us about this”

CNN: Amazon-subsidiary Ring is recalling hundreds of thousands of video doorbells after receiving reports of them catching fire

Airbnb Says It Turned Away 1.4 Million People Who Refused to Sign Its No-Bigotry Agreement 👏 Kudos to Airbnb for taking a stand:

The topic came up again this week when a Twitter user flagged a screenshot from an alleged Proud Boy claiming to have booked an Airbnb for this weekend’s Million MAGA March, and Airbnb quickly cancelled the booking (and banned the individual in question.)

Zuckerberg defends not suspending ex-Trump aide Bannon from Facebook: recording So tell me more about how Facebook is bringing the world closer together:

Chief Executive Mark Zuckerberg told an all-staff meeting on Thursday that former Trump White House adviser Steve Bannon had not violated enough of the company's policies to justify his suspension when he urged the beheading of two senior U.S. officials, according to a recording heard by Reuters.

But it doesn’t add up. Non-descript tech bro randomly meets ostensible Russian honeypot, travels to Russia, marries her, then returns to US to start a whacko social network with explicit political aims, in partnership with Russia aligned ops? Uh, ok.

TikTok says the Trump administration has forgotten about trying to ban it, would like to know what’s up Story so far: US Gov told ByteDance it must sell TikTok or else. ByteDance found unlikely partners in Oracle and Walmart (?!?), but asked for more time to close the deal. US Gov lost interest in all of this, left ByteDance on read.

Idk who need to hear this, but you're an adult & no one should pressure/guilt u into gathering/traveling to see family for Thanksgiving. Saying "no" doesn't make u a bad kid/relative/grandkid, it makes u a loving/responsible one that values the safety/life/health of ur family😷💙

Corona Virus explained in craft terms: you and 9 friends are crafting. 1 is using glitter. How many projects have glitter?

Cheryl Rofer “@BFriedmanDC Or, as someone pointed out back in April,” 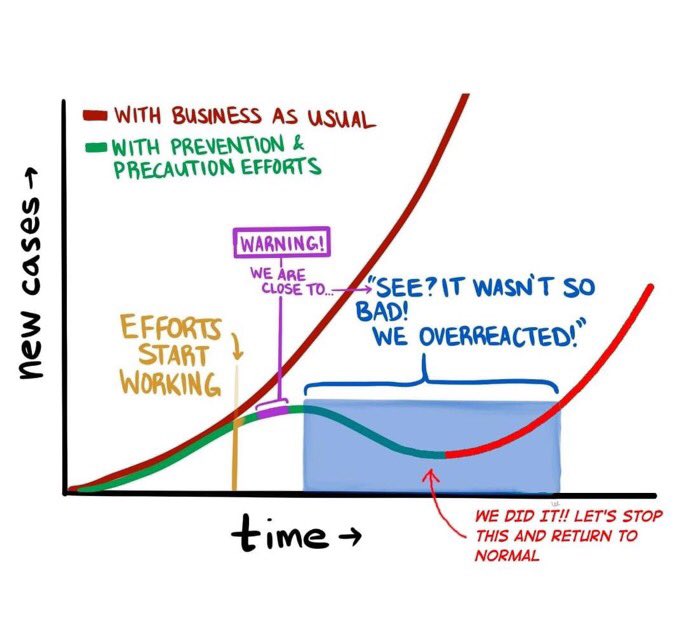 90% of The Mandalorian episodes feel like a D&D campaign where the DM had a lot going on in their personal life that week so they just set up some big time-consuming monster encounters for the group & promise everyone they’ll get to the plot next time.

Netflix Is Testing a TV Channel of Scheduled Programming 👍

From what I understand of particle physics, its both incredibly precise and 90% consists of screaming "can you NOT" at raccoons, gusts of wind, local teens smoking near the intake valve, minor earthquakes, and the sun itself

Prof Michelle Ryan “This dog is both a good dog and a bad dog at the same time.”

ProPublica experiments with ultra-accessible plain language in stories about people with disabilities Fantastic move and what if you used plain language for every story? What’s stopping you from doing that today?

ProPublica is experimenting with plain language — a type of text that uses common words, short sentences, and clear structure to make information more accessible to those with intellectual and developmental disabilities.

APStylebook Thank you! And yes, I sometimes use these words incorrectly, it takes time to unroll bad habits:

Do not use derogatory terms, such as insane, crazy/crazed, nuts or deranged, unless they are part of a quotation that is essential to the story.
Avoid using mental health terms to describe unrelated issues. Don’t say that an awards show, for example, was schizophrenic.

Jacob Wysocki “Me buying chips on acid at 711”

In Judaism, you’re not required to forgive someone who hasn’t done sincere, meaningful work of repentance & repair. And then, it’s complicated at best. But the literature is clear that if the harm caused was irreparable, you’re never required to forgive, even if they repent.

Sexual harassment and assault remains a toxic, widespread problem in our society. It has no place in our workplaces, schools, or anywhere else.