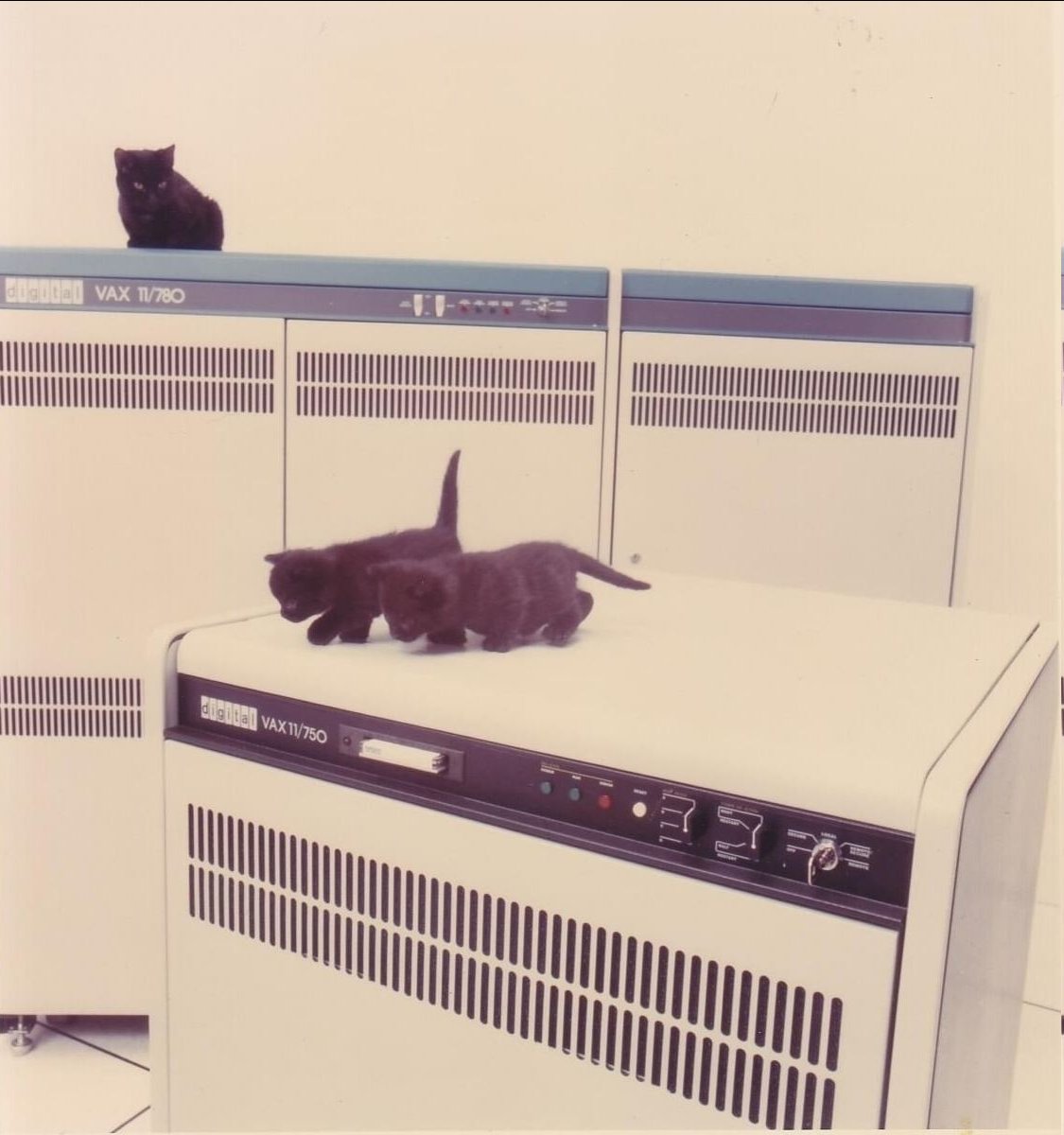 Gravis, Known EIAJ Truther “oh my god this is an official DEC advertisement THEY ARE SO SMALL AND THE COMPUTER IS SO LARGE”

Bill Buxton The Paradox of Capability:

Interesting. I have all 3 of these knives in my collection. Great example of feature creep/featuritis - alternatively strong specific vs weak general systems. The smallest is overall most useful since size means with you always. That which can do most is likely never with you. 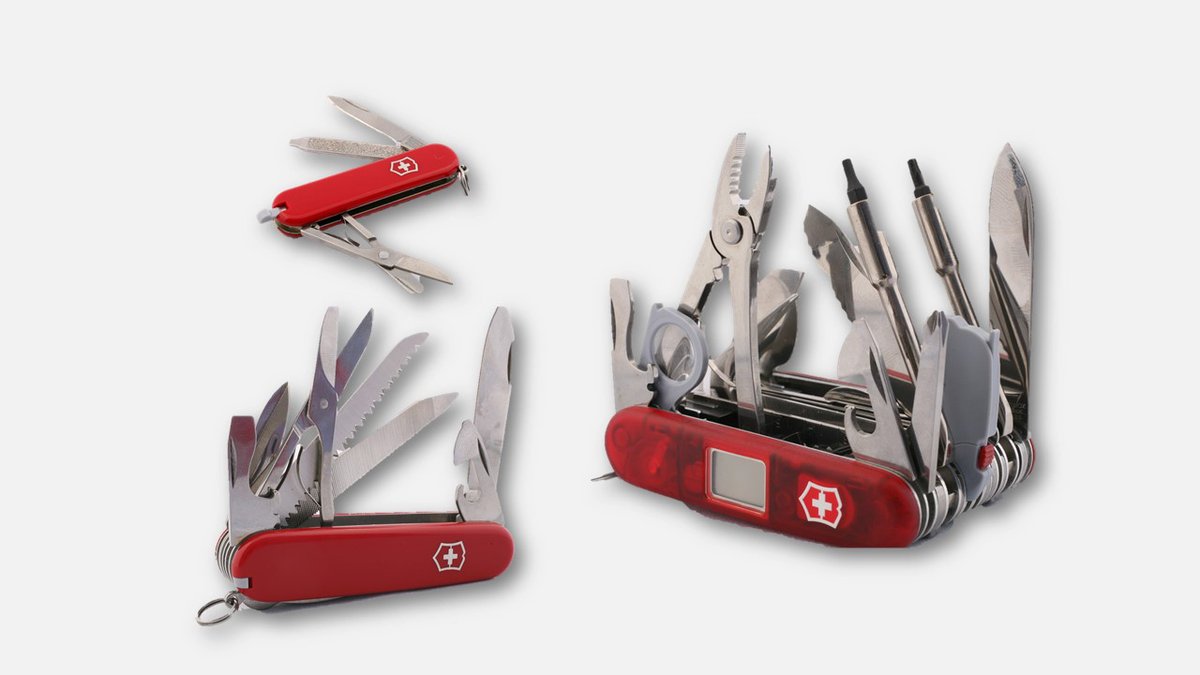 Julie Zhuo Looking for something to binge watch this weekend? This thread collects top talks/videos for designers.

atavik “made a simple diagram to explain the differences between product and UX design. questions?”

Cloudflare’s privacy-first Web Analytics is now available for everyone This looks interesting:

The concept of a “visit” is key to this approach. Rather than count unique IP addresses, which would require storing state about what each visitor does, we can simply count the number of page views that come from a different site. This provides a perfectly usable metric that doesn’t compromise on privacy. 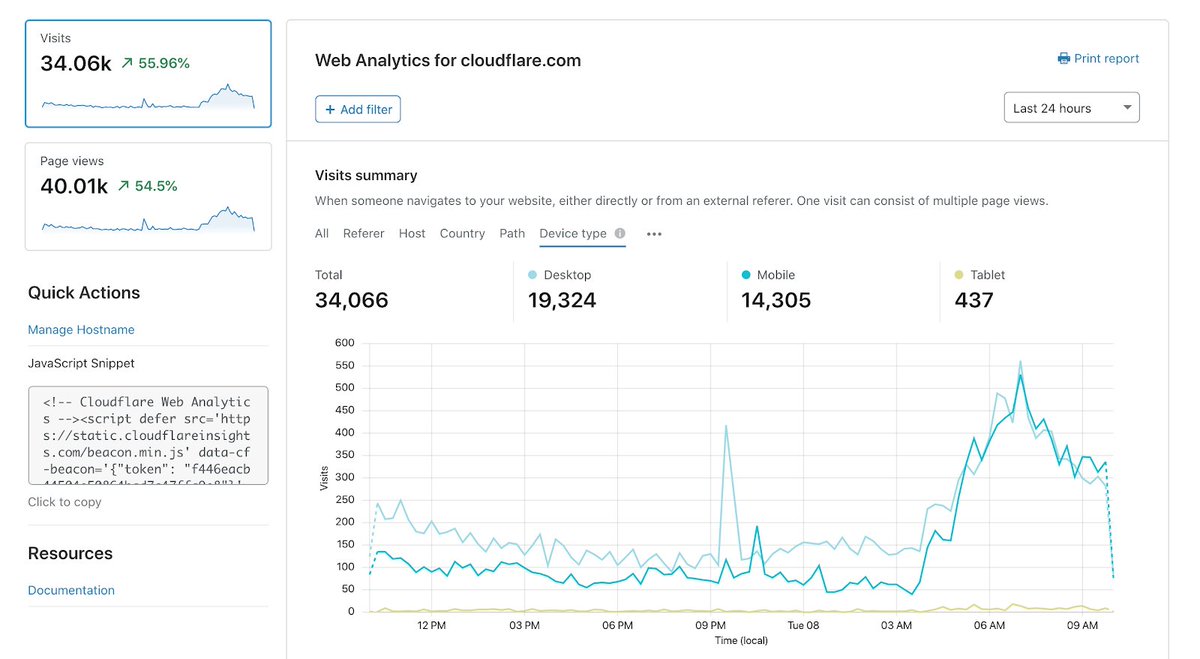 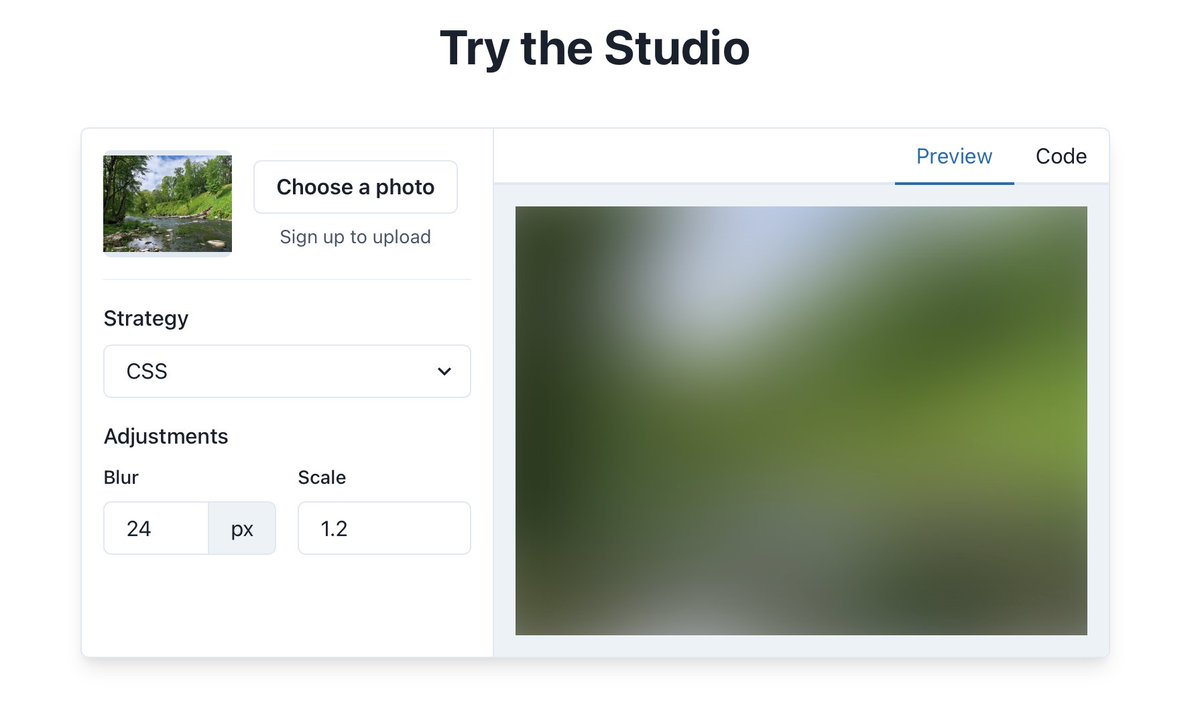 pg-listen TIL you can use PostgreSQL for pub/sub with the LISTEN and NOTIFY commands.

Healthchecks.io Monitors your cron jobs and ping you when a job fails to run on time. 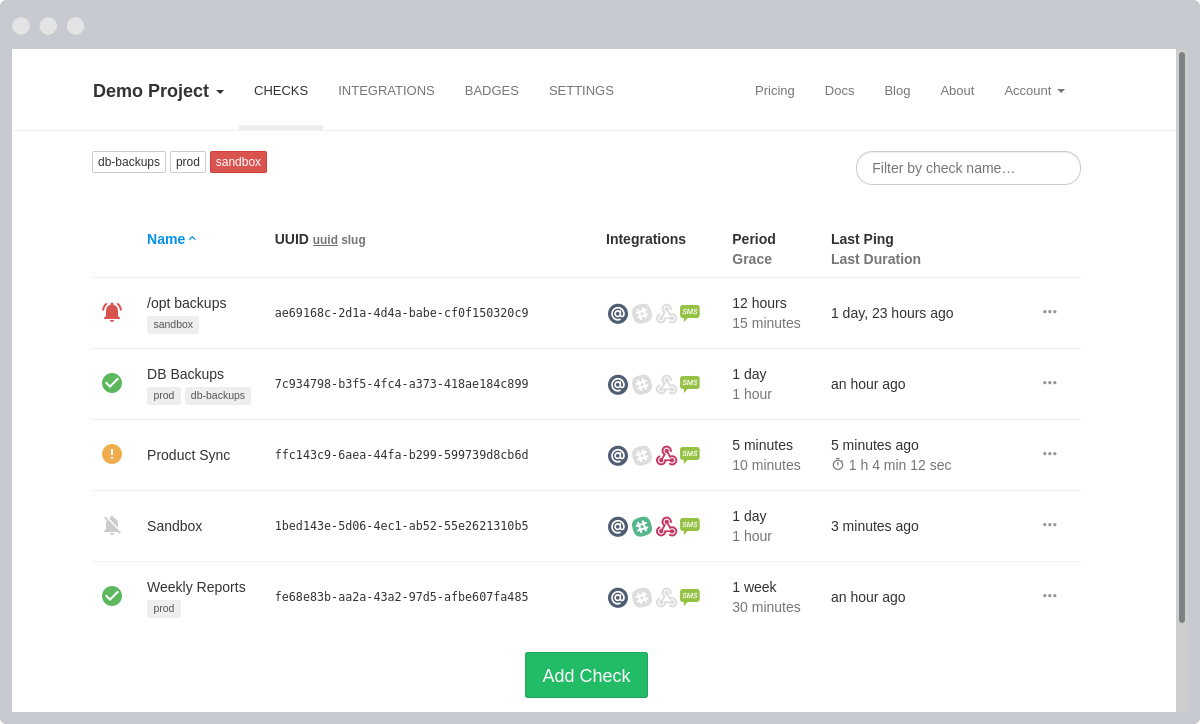 Josh W. Comeau “One of my favourite little tricks: use a different favicon for localhost. Makes it super easy to tell which environment you're working in, so you don't accidentally delete production data thinking it's dev stuff 😅” 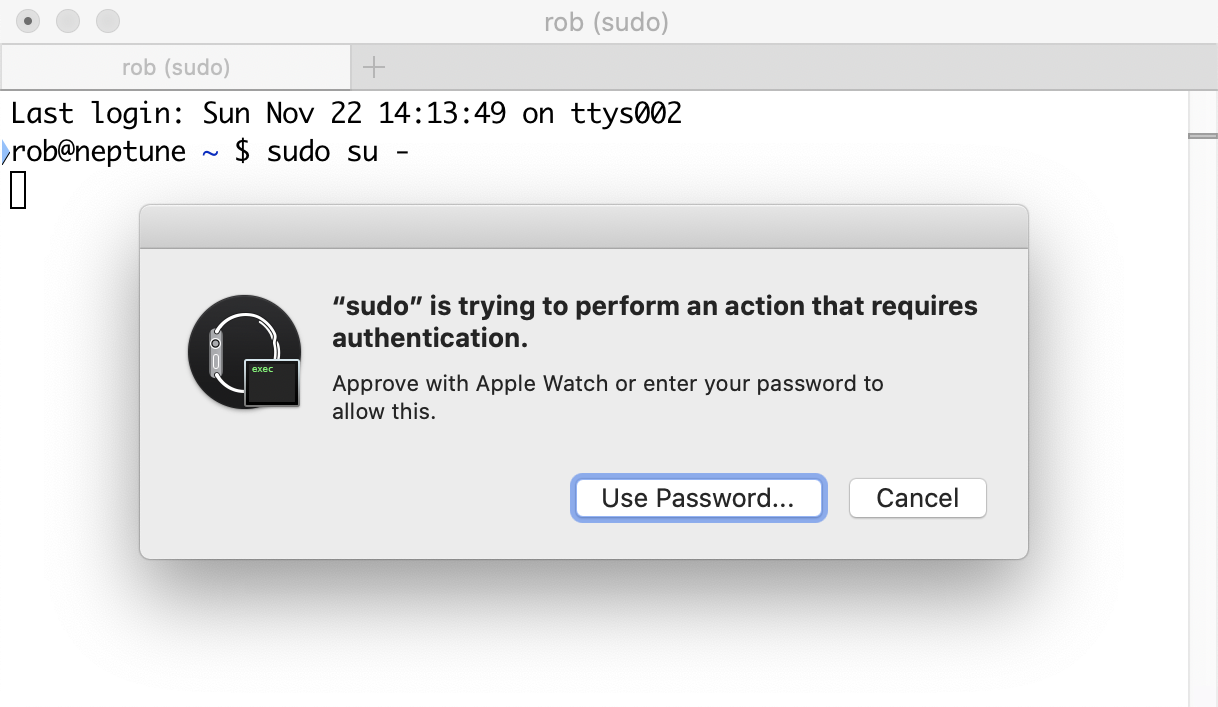 Getting a build error on any modern software package is like ordering a cheeseburger and receiving a forty page document explaining a design problem with a spark plug in a combine harvester that was supposed to collect the grain needed to feed the cow.

Underestimated techies - Every Tuesday, I send a newsletter curated specifically for you.

I'd love for more folks to take advantage of these resources.

How old are these keys? The age of each letter, number of symbol on your keyboard (via Daniel Feldman)

I Am Devloper “Kubernetes strikes again”

The 2020 Web Almanac The HTTP Archive’s annual state of the web report, chockfull of data, comparisons, and charts. 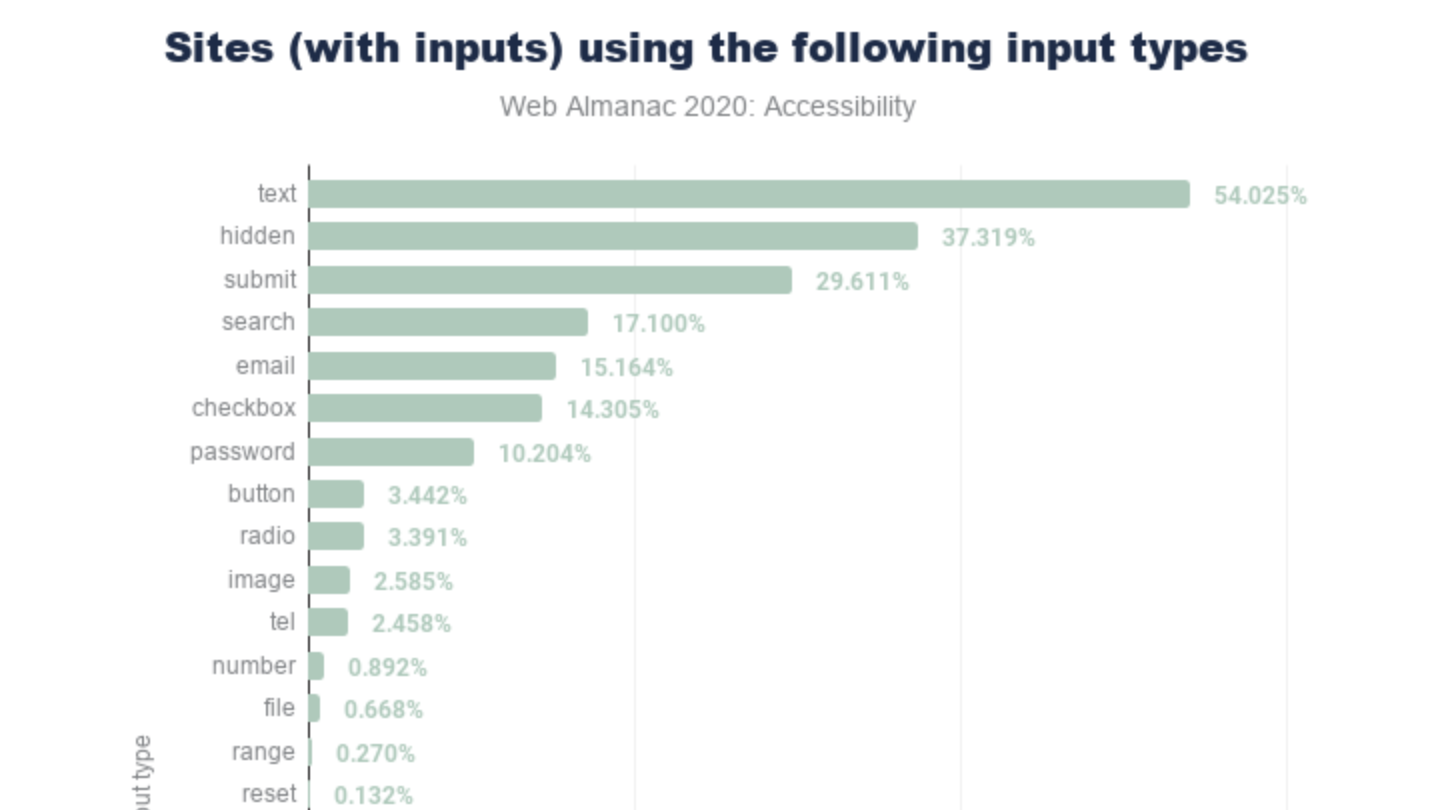 Time to Say Goodbye to Google Fonts The answer is to self-host the fonts on your CDN:

Google Fonts was designed to be distributed on a global CDN and reap the caching benefits from it. … Since Chrome v86, released October 2020, cross-site resources like fonts can't be shared on the same CDN anymore. This is due to the partitioned browser cache (Safari has had this for years already).

sindresorhus/css-in-readme-like-wat Do you want to style your GitHub's README? This simple CSS-in-SVG-in-MD trick got you covered.

The Rules of Margin Collapse Like everything else in CSS, the rules of margin collapse means some of your HTML won't look like you expect it to. There's a logical explanation, and if only our design brains worked in accordance with the CSS spec … 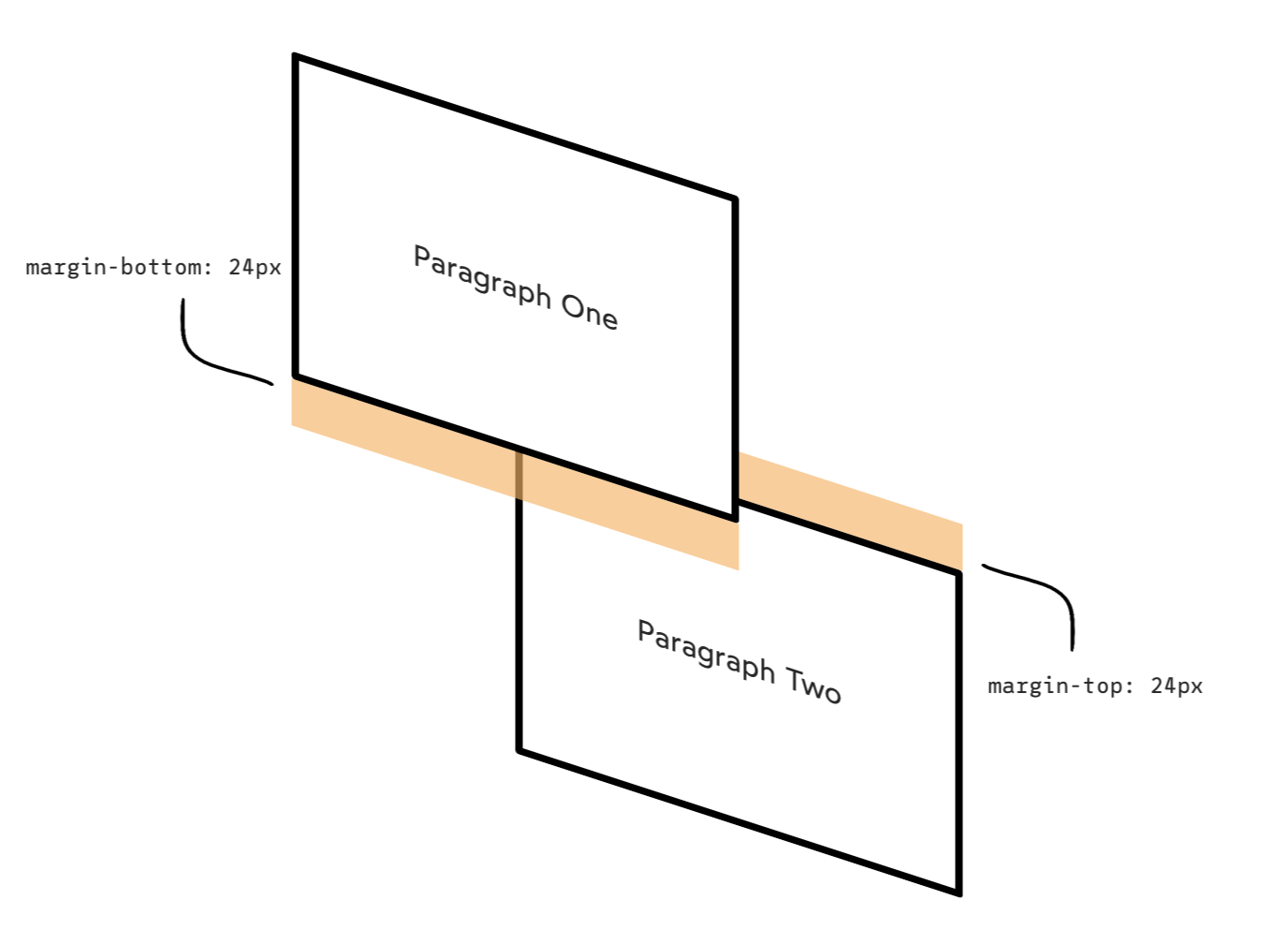 WDR Cool trick: “This website is a valid JSON!” 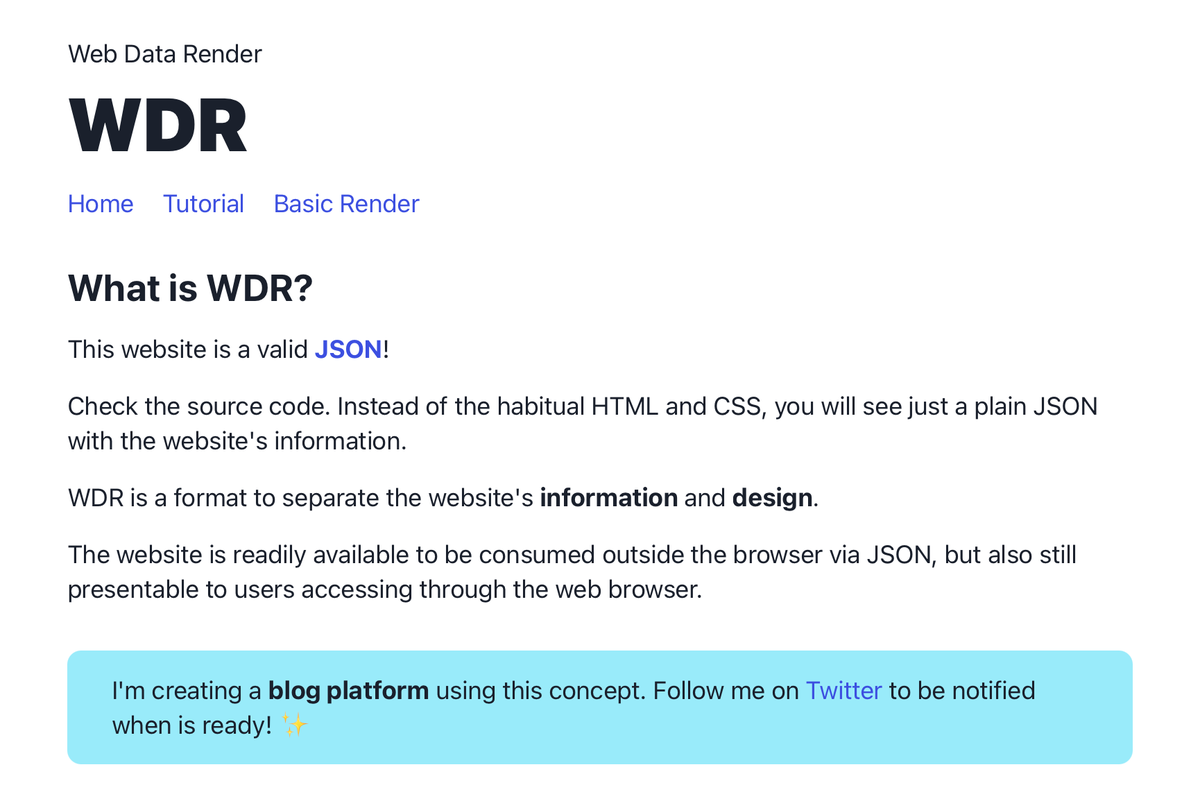 Alright folks, gather round and let me tell you the story of (almost) the biggest engineering disaster I’ve ever had the misfortune of being involved in. It’s a tale of politics, architecture and the sunk cost fallacy [I’m drinking an Aberlour Cask Strength Single Malt Scotch]

OH, on technical interviews: “if I saw a live-ass engineer at my company hand-rolling a linked list I’d parachute right the fuck on in to figure out why they’ve gone all historical re-enactment on company time”

Your friendly reminder: invisible work doesn’t count. Since some people don't love the term “brag document”, what if instead we called it “release notes for your manager”?

keziyah: TIL, the hard way, about visibility at work

It's not enough to actually get work done, people (your manager & peers) need to see you doing it. Or see evidence that you're doing it.

If no one sees your work, it doesn't count. And you might even be punished for that.

Then when you finish something send it to your manager and their manager.

The Rise and Fall of Getting Things Done At some point you realize that having the perfect system for managing interruptions is the illusion of control. It’s better to have a system that doesn’t demand so many interruptions. Productivity is not an individual solve:

To move forward, we must step away from Drucker’s commitment to total autonomy—allowing for freedom in how we execute tasks without also allowing for chaos in how these tasks are assigned. We must, in other words, acknowledge the futility of trying to tame our frenzied work lives all on our own, and instead ask, collectively, whether there’s a better way to get things done.

Frank Rotman 😆 I love this parable:

I can't believe Zoom gives away their best feature, limiting meetings to 40 minutes, for free.

It's mostly not my story to tell. But I'll share a bit today about how it started.

My goal is to give aspiring entrepreneurs a window into one founding story.

The Greate Relocate Oracle is the latest tech giant to announce a change of address, and like HPE they're taking their business from Bay Area to Texas. Musk is also relocating that way, but Tesla/SpaceX staying put for now.

If anything, COVID is the accelerator of companies moving their HQ to states that have more sunshine and less taxes. And while high-tech is taking I-10 East and stopping in Texas, finance is taking I-95 South all the way from NYC to Florida.

All That Glitters (Like Stars) Is Not Gold No secret that GitHub stars are a vanity metric; issues are a better proxy of engagement (and soon, discussions):

When looking at adoption, Issues is the name of the game. It grows the fastest and most consistently among all the metrics, because it shows that external developers are actually engaging with your product. Growth stage companies typically have 5x the number of Issues as seed stage companies.

The underlying principle is mouse vs keyboard:

In conversation with Jason Warner, CTO of GitHub, he offered a fun analogy for understanding this: there are two inputs to a computer — a keyboard and a mouse. He values the keyboard and doesn’t value the mouse. Typing up Issues indicates a far stronger interest than clicking to Star a repo.

beurtschipper/Depix “Depix is a tool for recovering passwords from pixelized screenshots.” — this is why you black-out – DONT PIXELIZE — sensitive info!

ICYMI. Yesterday was a wild day of infosec news. Allow me to recap our coverage:

FireEye, one of the largest cybersecurity companies in the United States, said on Tuesday that it had been hacked, likely by a government, and that an arsenal of hacking tools used to test the defenses of its clients had been stolen.

Be the reason why ransomware gangs can't pay rent.

Zodiac ’340 Cipher’ cracked by code experts 51 years after it was sent to the S.F. Chronicle

To crack the 340 Cipher — so named because it contains 340 characters — Oranchak teamed up with two fellow amateur code crackers and ran the bewildering set of symbols through special software programs. 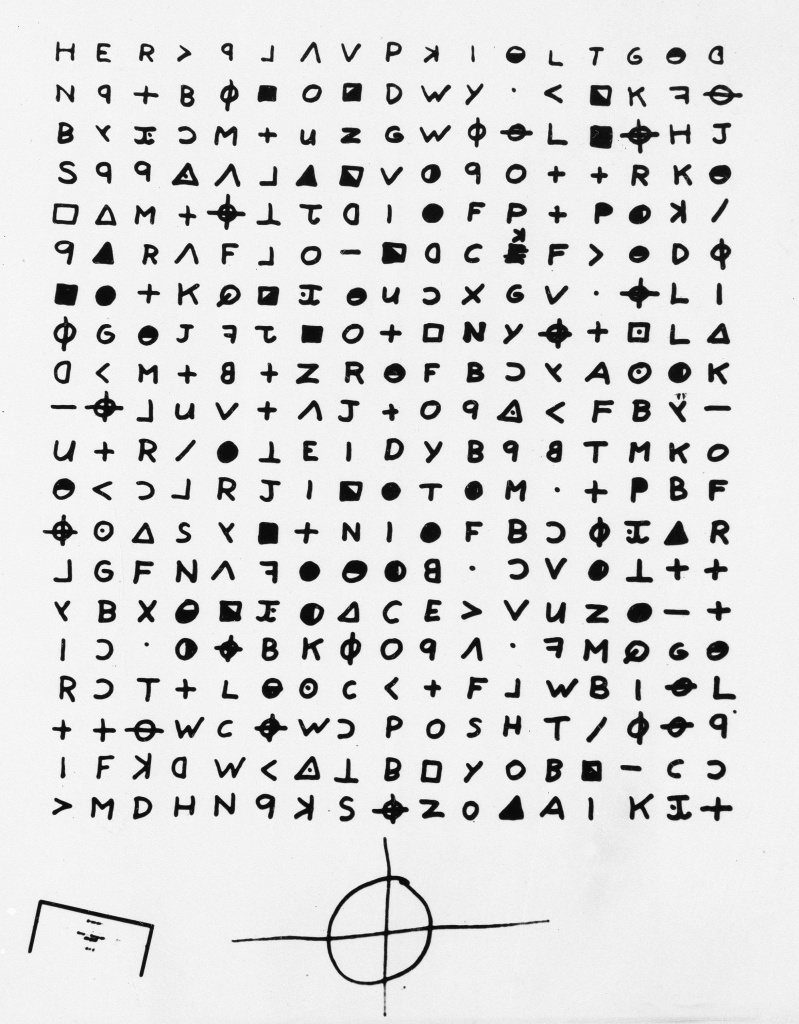 Jason Kint 👇 Preliminary reading of The US vs Facebook case:

Overall, it's a very smart read on Facebook, Inc. As much as industry pundits like to say govt can't understand tech or digital media, I've been in online biz for 26yrs and there isn't one thing in this complaint I read and said, "they don't GET IT." That's impressive as hell. /3 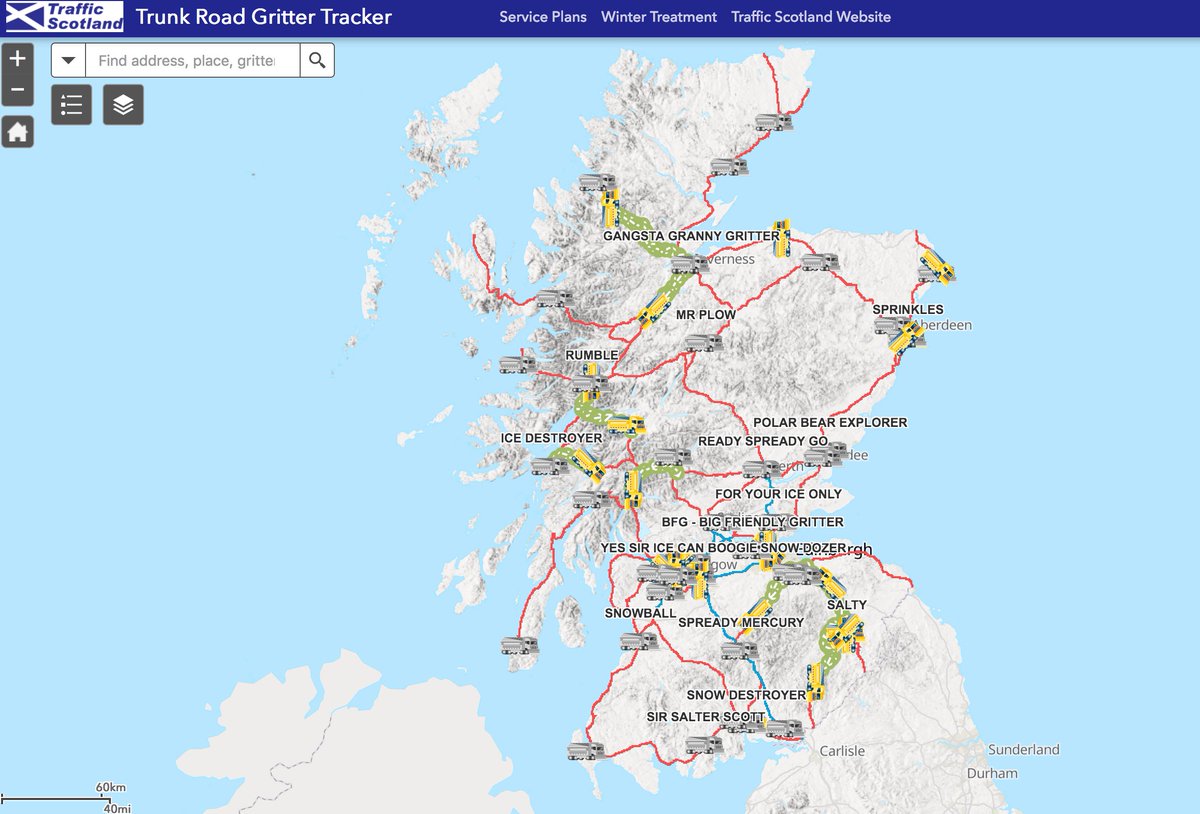 grandma said twitter is just reader's digest for gen x and I had to sit down and stare at the floor for a few minutes.

Website idea: you input the year you graduated high school and the website generates a list of outdated “facts” and concepts you were taught in school that have since been disproven.

Is it "for fucks sake" or "for fuck sake"?
It's for a work email so it has to sound professional.

ISU study indicates diet may help reduce cognitive decline This is exactly the type of research I wanted to read!

1) Cheese, by far, was shown to be the most protective food against age-related cognitive problems, even late into life;

2) The daily consumption of alcohol, particularly red wine, was related to improvements in cognitive function; 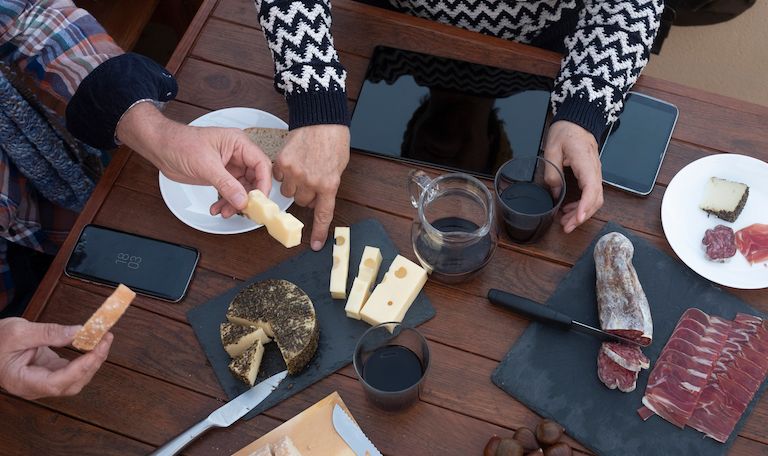 Chris Kohler “Around this time of year, people who strung their Christmas lights the wrong way start wandering into hardware stores looking for what they later find out is often called a "suicide cable."” 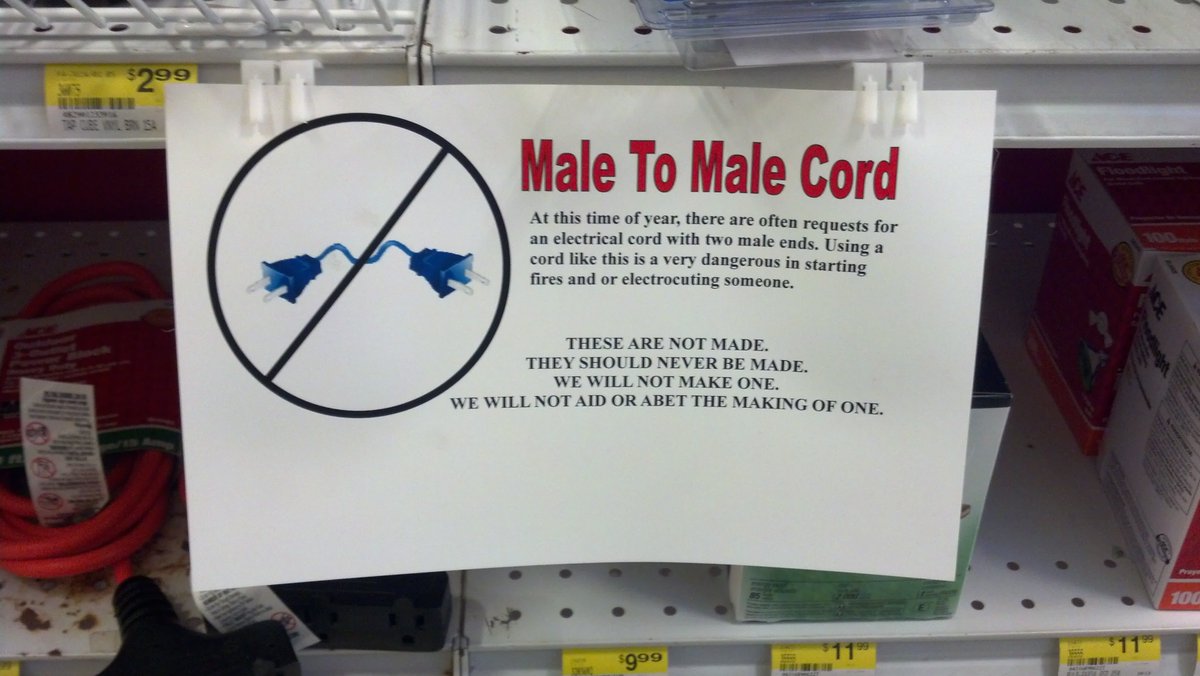 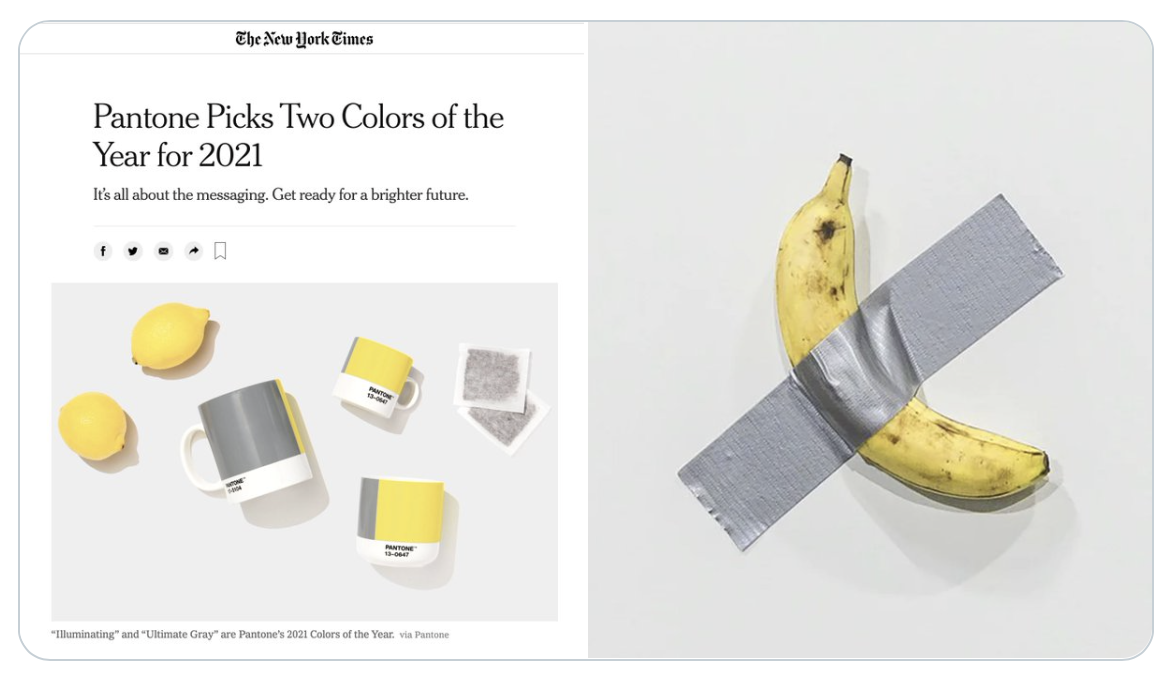 I Tried The App That Lets You Vent To Strangers & It Was Game-Changing A paid service that exists in-between friend and therapist, and so necessary in times like these:

In the Hapi app, you type in whatever subject matter you want to talk about, and then you’re connected with a vetted and trained active listener within a few minutes. The listeners are mainly former volunteers at crisis helplines or psychology students who study mental health, all of whom are screened about their interest in helping others. 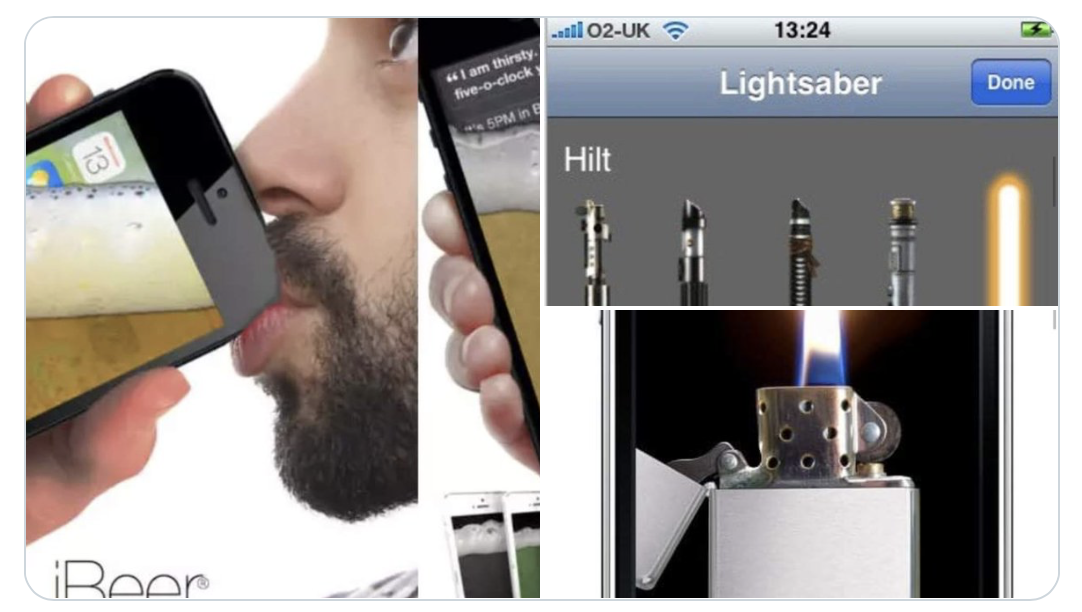