Mehrsa Baradaran “I just spit out my morning chai 😂😂😂”

Ethan Jacobs: “OK doomscrolling is bad but have you SEEN the quality of the doom this week?”

What. A. Week. At least here in the US things got a bit out of hand.

The first Monday of 2021 and Slack goes down: an omen of things to come?

By Tuesday Democrats take control of the Senate, allowing them to pass new laws and regulations. The “politically neutral” sector known as Big Tech quickly re-evaluate their content moderation policies. Little big of panic sets it.

Wedensday we get a coup. This is not the first insurrection in US history, see for example Civil War of 1861 or Wilmington insurrection of 1898. But it's a pretty big fucking deal.

ProfB: “I'm going to say something very unpopular right now but it's true. Americans needed to see this because some of you thought it could never happen here.”

By Friday, the leading social networks hang an “Under New Management” sign on their office door. They de-platform Trump and some of his reply guys, proving they could have done so at any point since 2016, but chose not to.

Today, it's light's out for Parler. After Apple and Google kicked the app from their stores, Amazon can't afford to be last holding the hot potato.

One Year of Excalidraw What started as a way to procrastinate, and ended up being one of the more interesting whiteboard products. This blog post about the journey was so fun to read.

Why the iPhone Timer App displays a Fake Time Sometimes good UX is based on a little white lie:

So there you have it, the iPhone timer is technically lying a little bit to you. 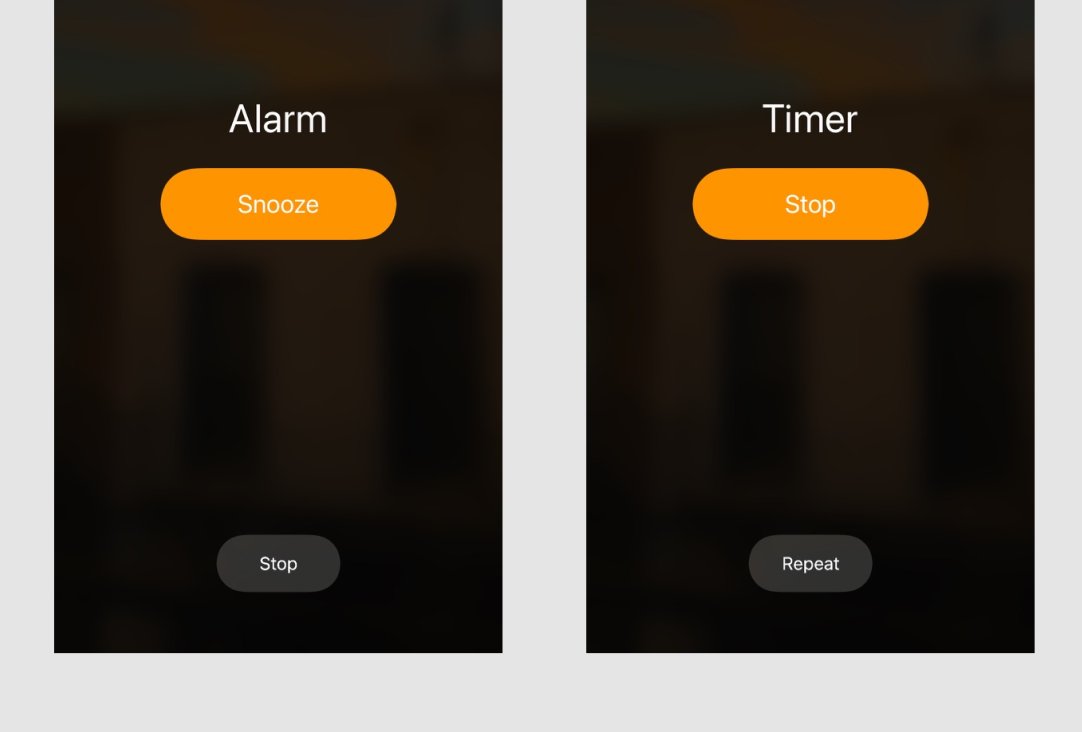 davidhampgonsalves/life-dashboard Repurpose your Kindle as dashboard. Leon Bambrick Watch out. I used symlinks before purposefully to get Dropbox to backup a few files. Regretted it and moved the files back to their ordinary place. Dropbox should know better …

Holy jesus. Dropbox now has this Shitty crypto virus feature called “backup my pc”. Contrary to their documentation, users are opted in by default, including free users. It deletes your documents and replaces them with a symlink to their magic copy of it..

If your document/desktop/download folders are over 2Gb then Dropbox is now “full” and they can start the shakedown for cash. 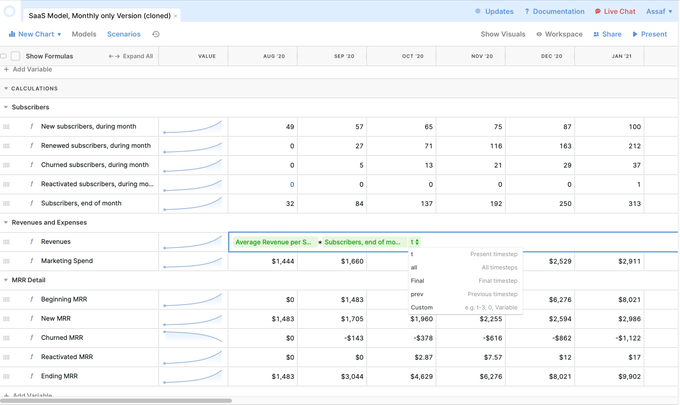 The Impractical but Indisputable Rise of Retrocomputing Maybe I should have kept my 80's home computers?

Cost can also intimidate. For computers that are contained systems like the Amiga, released in 1985, collectors can pay anywhere from $300 to $650 for a working device. Other PCs have separate parts, and scavenging for pieces can get expensive quickly.

In this article I’ll show you how to set up Jupyter Notebooks running inside Excel. Share data between the two and even call Python functions written in your Jupyter notebook from your Excel workbook! 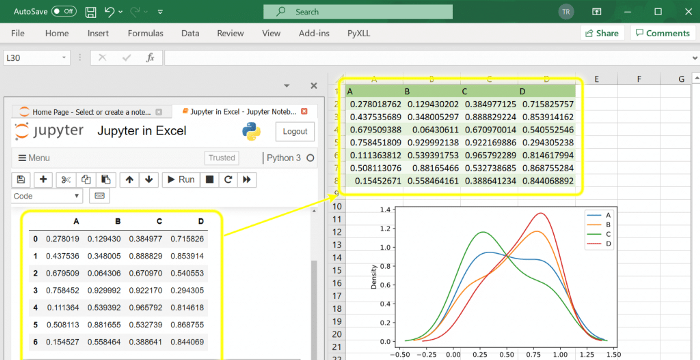 One interesting feature of the Serverless'n'CDN architecture is that you can have as many versions of the codebase ready to run at a moment's notice (and can run them all at the same time).

Every branch you're currently working on, and every version you ever had. That's because new deploys add but do not subtract.

hooking up with artists is hot cuz theyll be like "i thought of you when i wrote this song". what are tech guys gonna do? name a git branch after you? the fuck

Progressive Web Apps in 2021 So far it's been a slow start for PWA. The thing is, they're pretty hard to deploy or retrofit into existing websites. But I expect new stacks will ship with PWA support and at some point they'll become the default choice, the tide will turn:

At the end of 2020, approximately 1% of websites included a Service Worker, and 2.2% had an installable Web App Manifest file. Remember that some platforms -such as Safari on iOS or Chrome on Android- do not require a Service Worker to have a standalone experience after installation. We can assume that 2.2% of websites are installable, and 1% may pass the PWA criteria on Android, 71% of which offer some offline experience.

Quincy Larson If we had more PWAs, would the internet have been a better place? Who had “Progressive Web App will save us from civil war” on their 2021 bingo card?

Apparently Parler just got pulled from the Google App store.

Over at TheDonald they're teaching each other how to install the PWA version.

I thought this exchange was funny.” 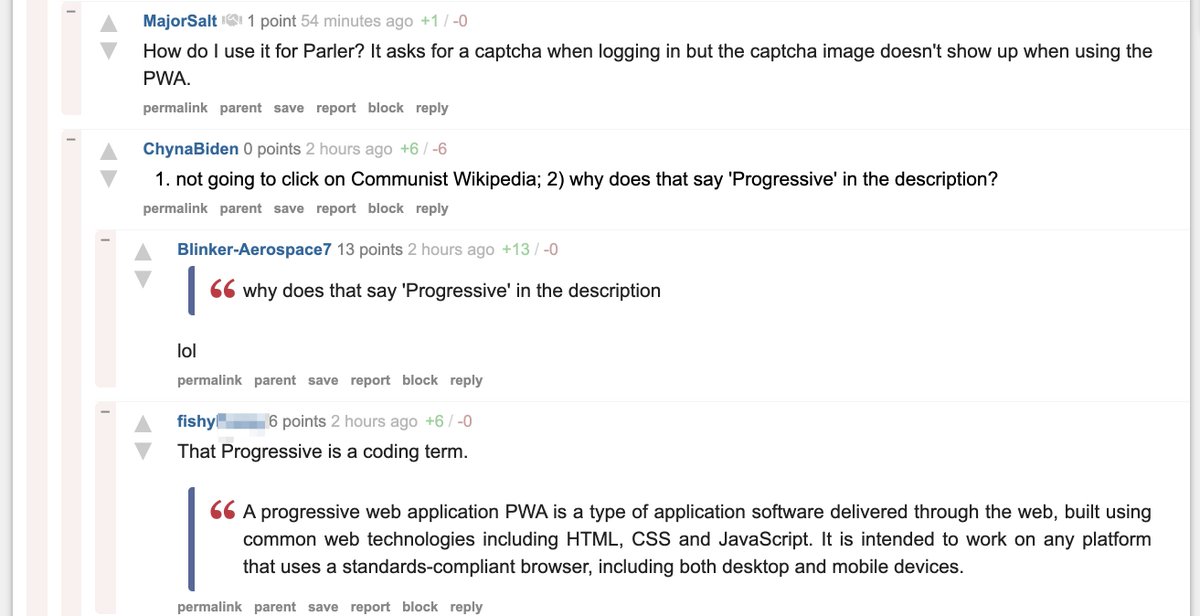 Maximally optimizing image loading for the web in 2021 Did you know that the first web browser didn’t have an img tag? It wasn’t until 1993 that Mosaic introduced inline images. For 2021, here are the 8 techniques you need to optimize image loading on your website. The complexity is the modern web, this article is actually a beauty in how it simplifies it, along with examples that are easy to read and adapt. 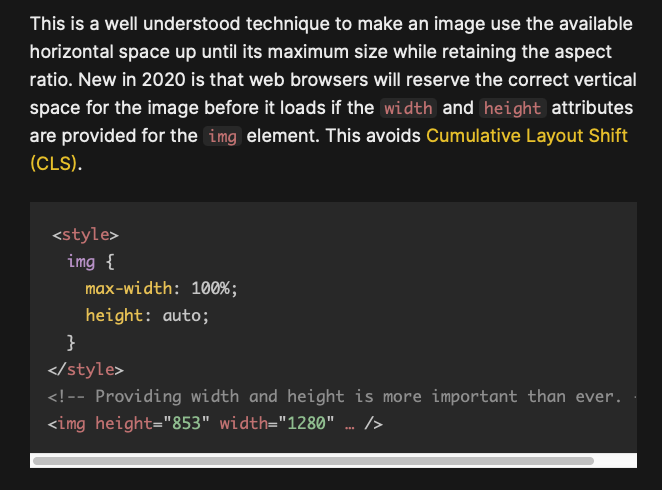 No Meetings, No Deadlines, No Full-Time Employees What if work was like open source?

Today, working at Gumroad resembles working on an open source project like Rails. Except it’s neither open source, nor unpaid.

Instead of having meetings, people “talk” to each other via GitHub, Notion, and (occasionally) Slack, expecting responses within 24 hours. …

Everyone writes well, and writes a lot.

There are no deadlines either. We ship incrementally, and launch things whenever the stuff in development is better than what’s currently in production. …

Instead of setting quarterly goals or using OKRs, we move towards a single north star … It’s simple and measurable, allowing anyone in the company to do the math on how much a feature or bug-fix might be worth.

People can work on what’s fun or rely on their intuition, because as long as we remain profitable and keep shipping, we tend to get to the important stuff eventually. …

Nandini Jammi If you’re in marketing, you might want to check out Branded: a newsletter that exposes the adtech grift. This specific story comes from a different source, the Ad Contrarian newsletter:

The biggest story in tech no one’s talking about is Uber discovering they’d been defrauded out of $100M - or 2/3 of their ad spend.

And all bc Sleeping Giants kept bugging them to block their ads on Breitbart.
…
This shit is BRAZEN, right? So at this point, Kevin turns off 2/3 of their ad spend...and once again, no change in performance!!!

Over $100M worth of ads was doing jack shit. Uber’s customers were coming in organically, on the strength of their brand, WOM, referrals, etc.

Patrick Vlaskovits Pricing should match value, and both intersect at usage. I’d use a service like:

Just saw a SaaS product that is infrequently used but probably very intensely at times.

They charge individuals and small teams by the hour.

What’s happening here is that Clover Health wants to become a public company and trade on Nasdaq. But they don’t want to go through an IPO — too much regulation.

IPOC is a shell company, it doesn’t operate a real business, but somehow it’s a public company traded on Nasdaq. So Clover Health buys IPOC in a “reverse merger”, meaning Clover gets all the money out of IPOC, and IPOC shareholders become Clover Health shareholders.

Now, I happen to think Clover Health is a solid business, but this run-around regulation known as SPAC will get us in trouble one day. (And of course there's hedge fund scam built into SPAC) 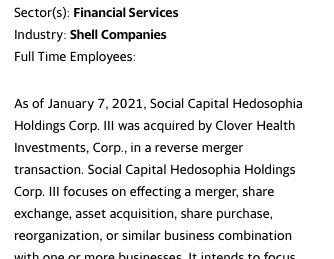 I‘ll miss finding all the BITE brushes scattered around the city and bringing them home to charge them.

It was a great idea while it lasted. Thank you to @pwnkip and their team. 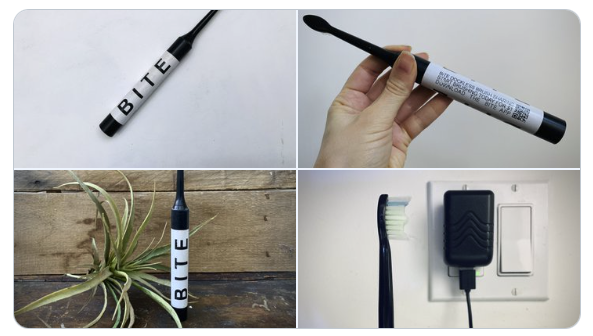 Platforms Must Pay for Their Role in the Insurrection We don’t need new laws, we do need a government that can act:

Facebook’s own research revealed that 64 percent of the time a person joins an extremist Facebook Group, they do so because the platform recommended it. Facebook has also acknowledged that pages and groups associated with QAnon extremism had at least 3 million members, meaning Facebook helped radicalize 2 million people. 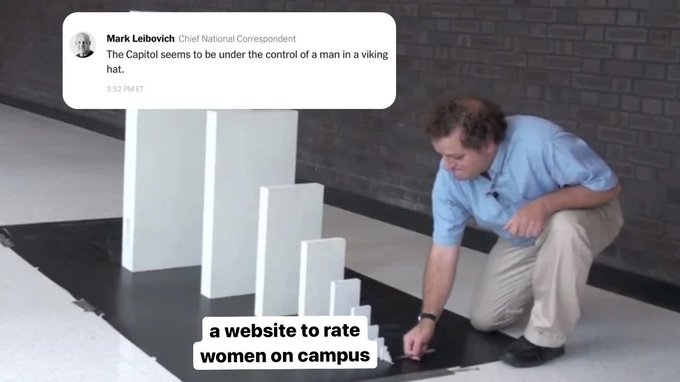 It has not escaped my attention that the day social media companies decided there actually IS more they could do to police Trump’s destructive behavior was the same day they learned Democrats would chair all the congressional committees that oversee them.

I'll never forget when I watched @monteiro's talk and it changed me as a designer:

Google Workers Say the Endless Wait to Unionize Big Tech Is Over Google employee form a union. It's more of a proof of concept at this point, ~200 members, but it's a start:

This morning, workers at Alphabet, the parent company of Google, announced the formation of the Alphabet Workers Union (AWU) … The AWU is starting with just over 200 members — a tiny fraction of the more than 200,000 total Google employees, including full timers and contractors, that make up the $1.2 trillion company. But, after years of isolated issue-based activism by employees, they realized that if they ever wanted a union, the only way to get it was to forge ahead.

As you can guess, Google management is giving AWU the finger:

“… But as we’ve always done, we’ll continue engaging directly with all our employees.”

Signal sees surge in new signups after boost from Elon Musk and WhatsApp controversy Starting this February, WhatsApp will share all your information with parent company Facebook. Yay! That and a glowing recommendation from Musk start a mass migration to Signal, which experiences issues under the load.

At the same time, Signal stock price jumps 70%. Except it’s not Signal the messaging app (which is a 501c3), but some unrelated company with a similar name. Remember when investors bought the wrong Zoom? 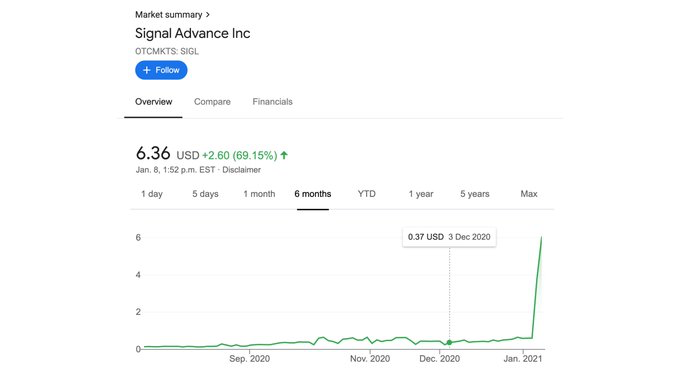 Australia’s spy agencies caught collecting COVID-19 app data Without fail, if the data is there, it will be collected by a government agency. See also, Singapore police can access COVID-19 contact tracing data for criminal investigations.

Widely Used Software Company May Be Entry Point for Huge U.S. Hacking The NYT blames JetBrains (TeamCity) for the SolarWinds attack. Security experts are convinced that NYT is full of air and also irresponsible:

As I continue to interact with folks dealing with the aftermath of the NYT JetBrains story, I'm calling it - the story was irresponsibly released. The story lacks any actionable details and has collectively cost overworked security teams *thousands* of hours in response. 1/4

Chris Kubecka “What do do when a burglar breaks in and you have IOT devices in your home.” 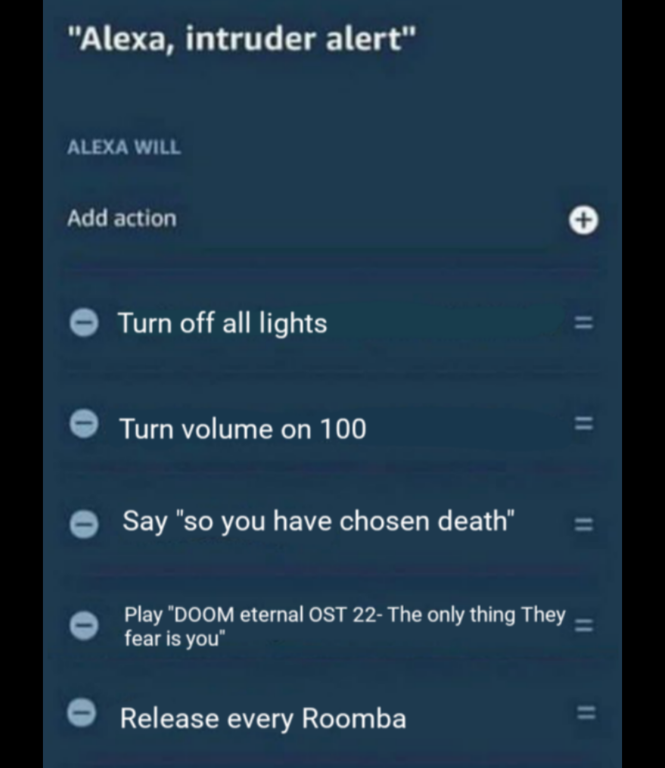 Ad Infinitum “no, you can't eat a whole ass capybara” 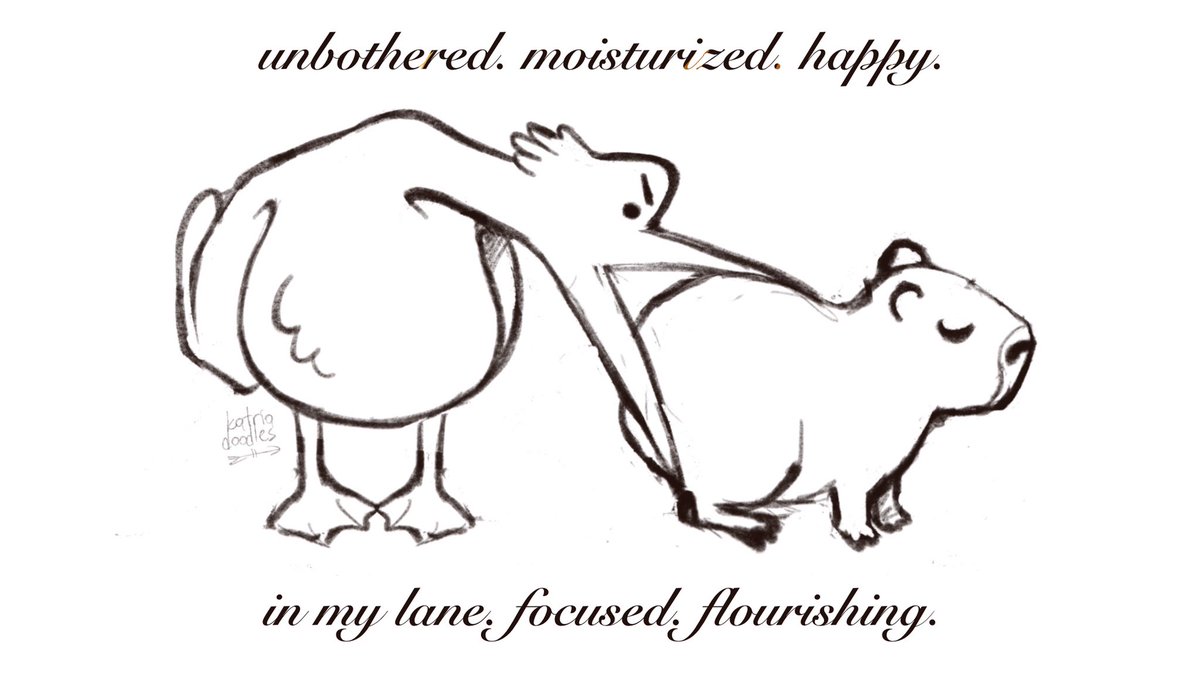 I’ve gotten a lot of bad advice in my career and I see even more of it here on Twitter.

Time for a stiff drink and some truth you probably dont want to hear.

The lesson here? All I did was open a door for a group of girls, and make the room safe for them to speak up. WHO ARE YOU GOING TO OPEN A DOOR FOR TODAY? 10/10

Mercedes-Benz unveils its absolutely massive 56-inch ‘Hyperscreen’ display The massive door-to-door display looks like it belongs in a concept car but will be shipping to production in 2021. 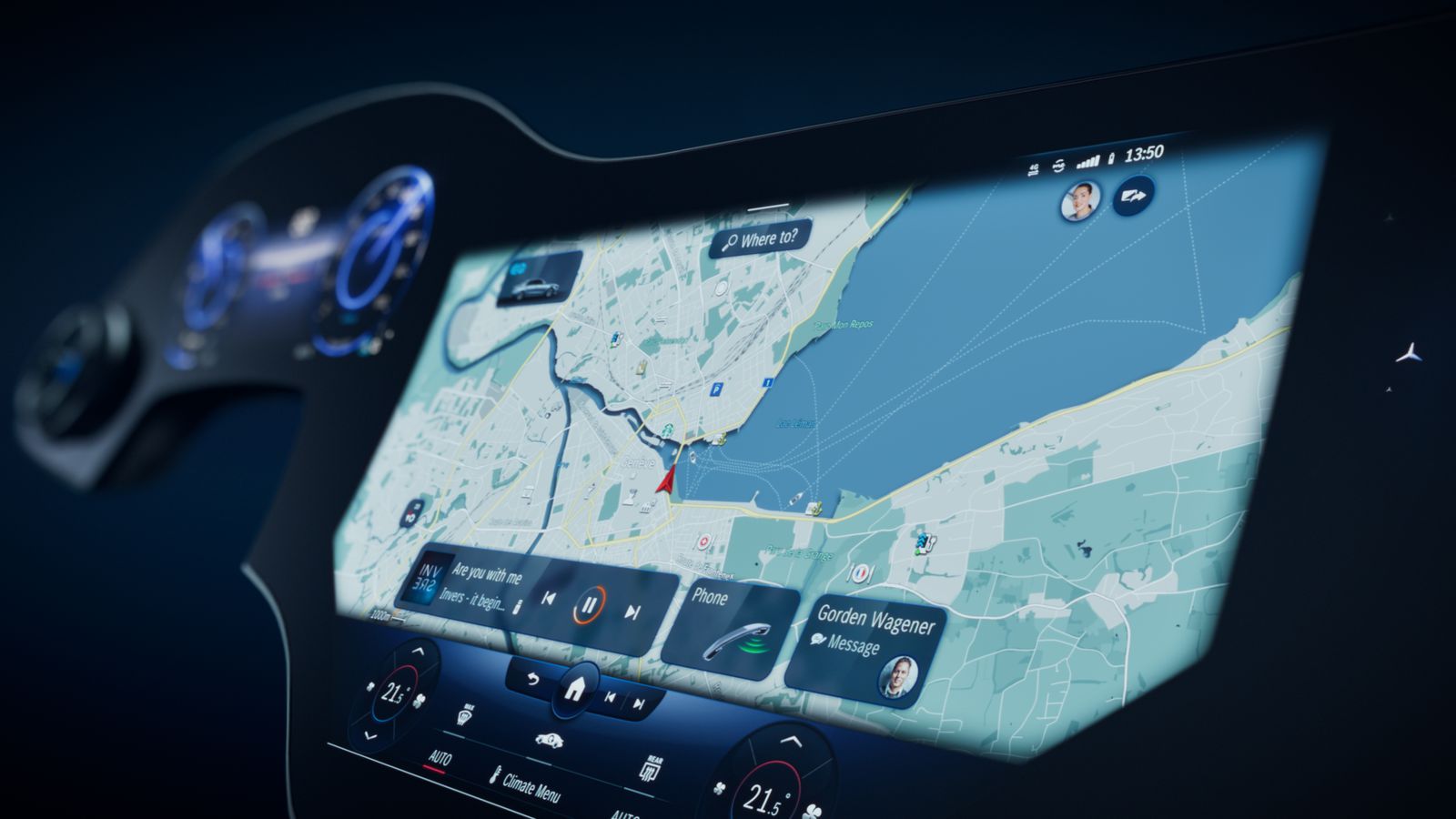 Talking out loud to yourself is a technology for thinking Effective and inexpensive.

Asawin Suebsaeng “The joke here is too obvious”

Ryan J. Reilly: NEW: “The FBI is seeking information that will assist in identifying individuals who are actively instigating violence in Washington, DC.” 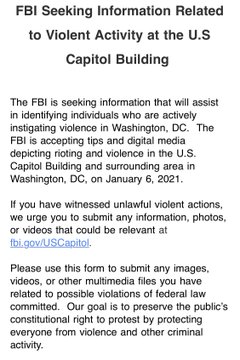 The US economy lost 140,000 jobs in December. All of them were held by women Deepening inequality:

Women accounted for all the job losses, losing 156,000 jobs, while men gained 16,000. … It also highlighted another painful reality: Blacks and Latinas lost jobs in December, while White women made significant gains. 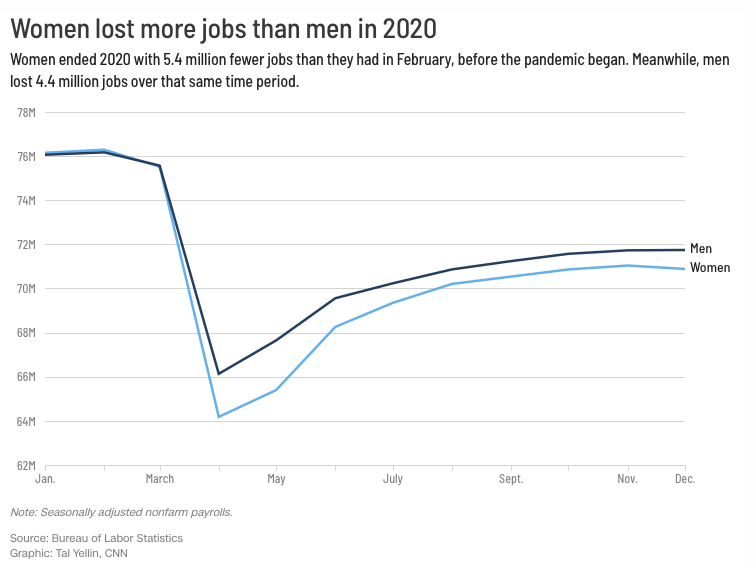 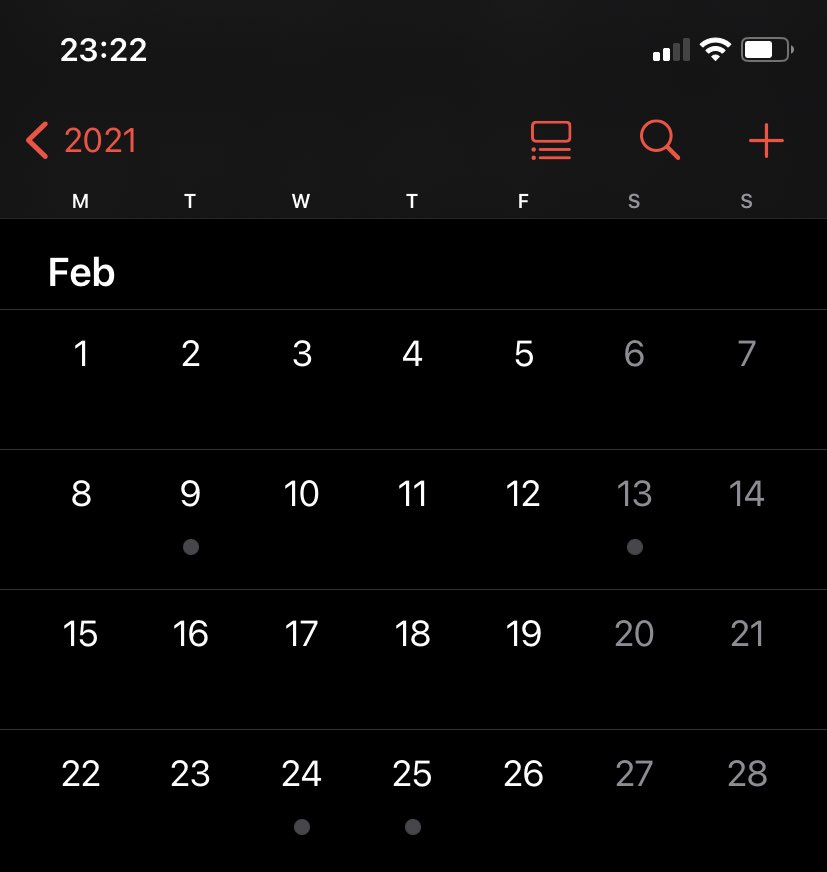