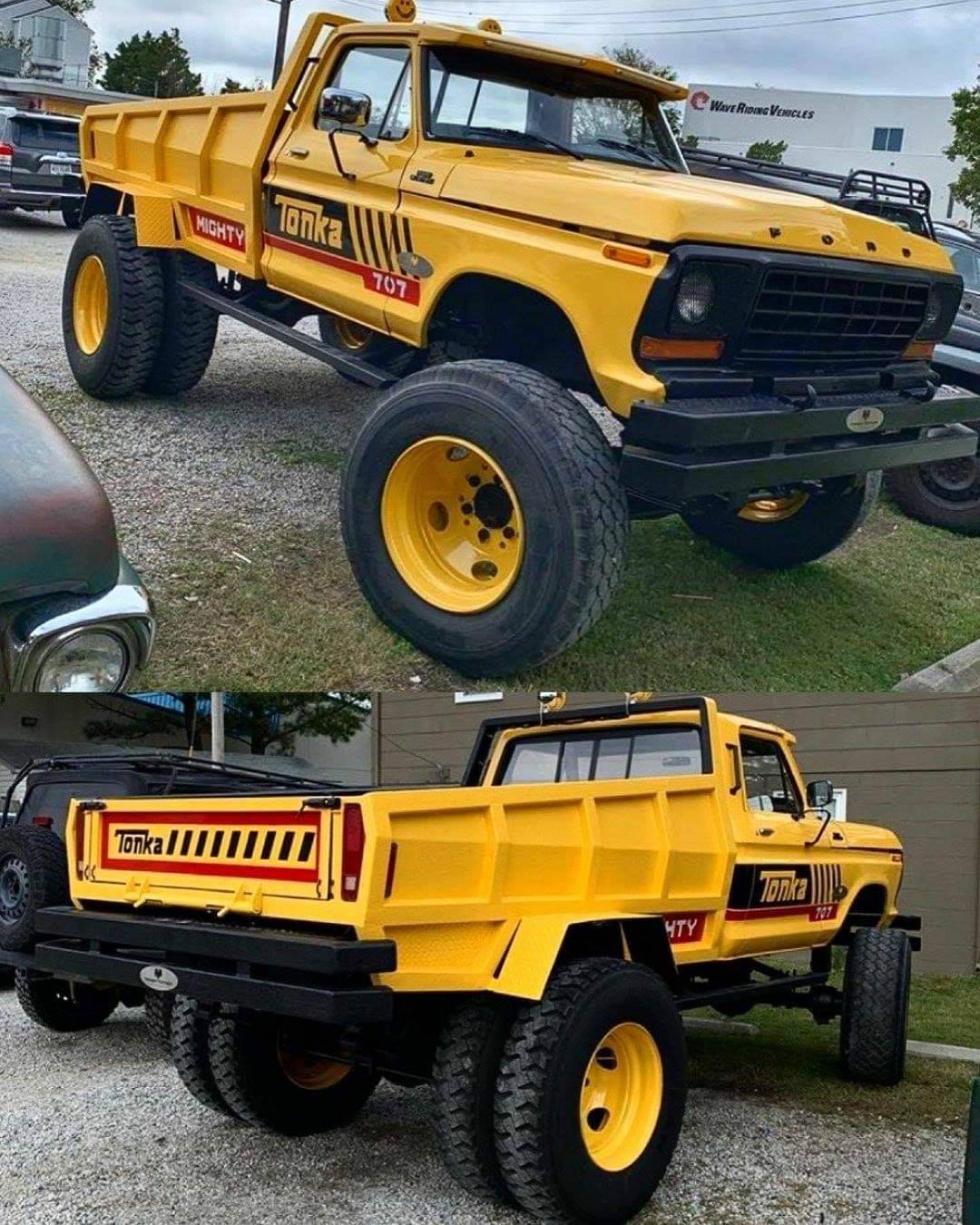 GrapesJS was designed primarily for use inside Content Management Systems to speed up the creation of dynamic templates and replace common WYSIWYG editors, which are good for content editing, but inappropriate for creating HTML structures. Instead of creating an application we decided to create an extensible framework that could be used by anyone for any purpose. 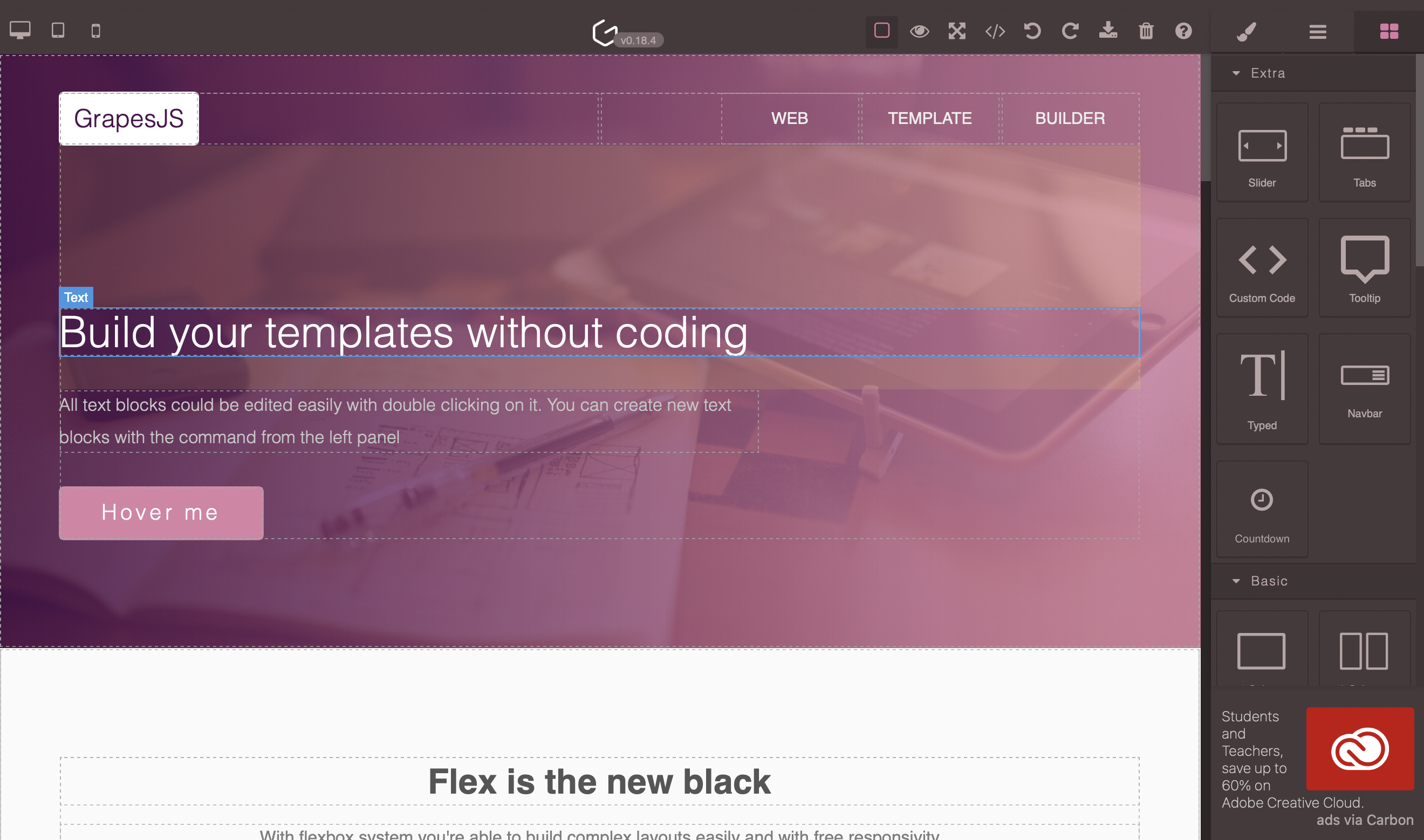 WeekToDo A minimalist weekly planner. Schedule tasks and projects with a simple to-do list and distraction-free UI. Web-based and native apps for Mac/Win/Linux. 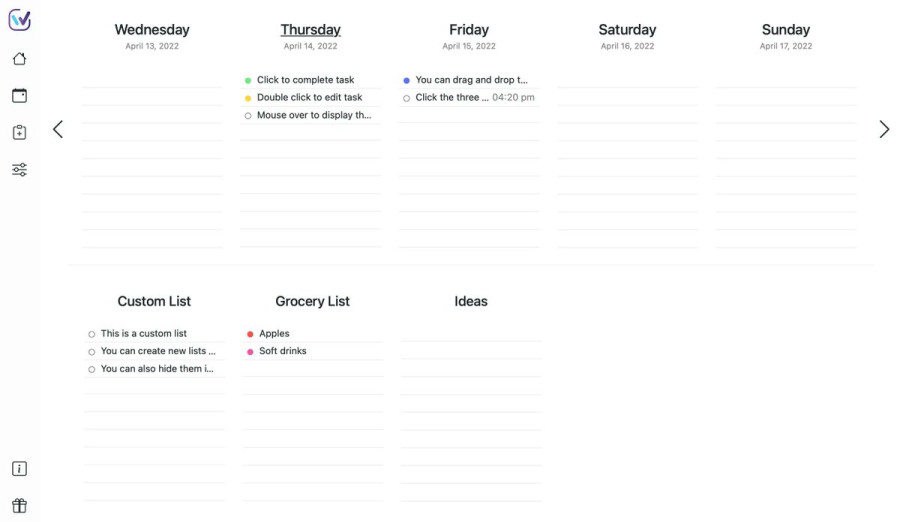 Papercraft computer models from back in the day. Print. Fold. Reminisce. 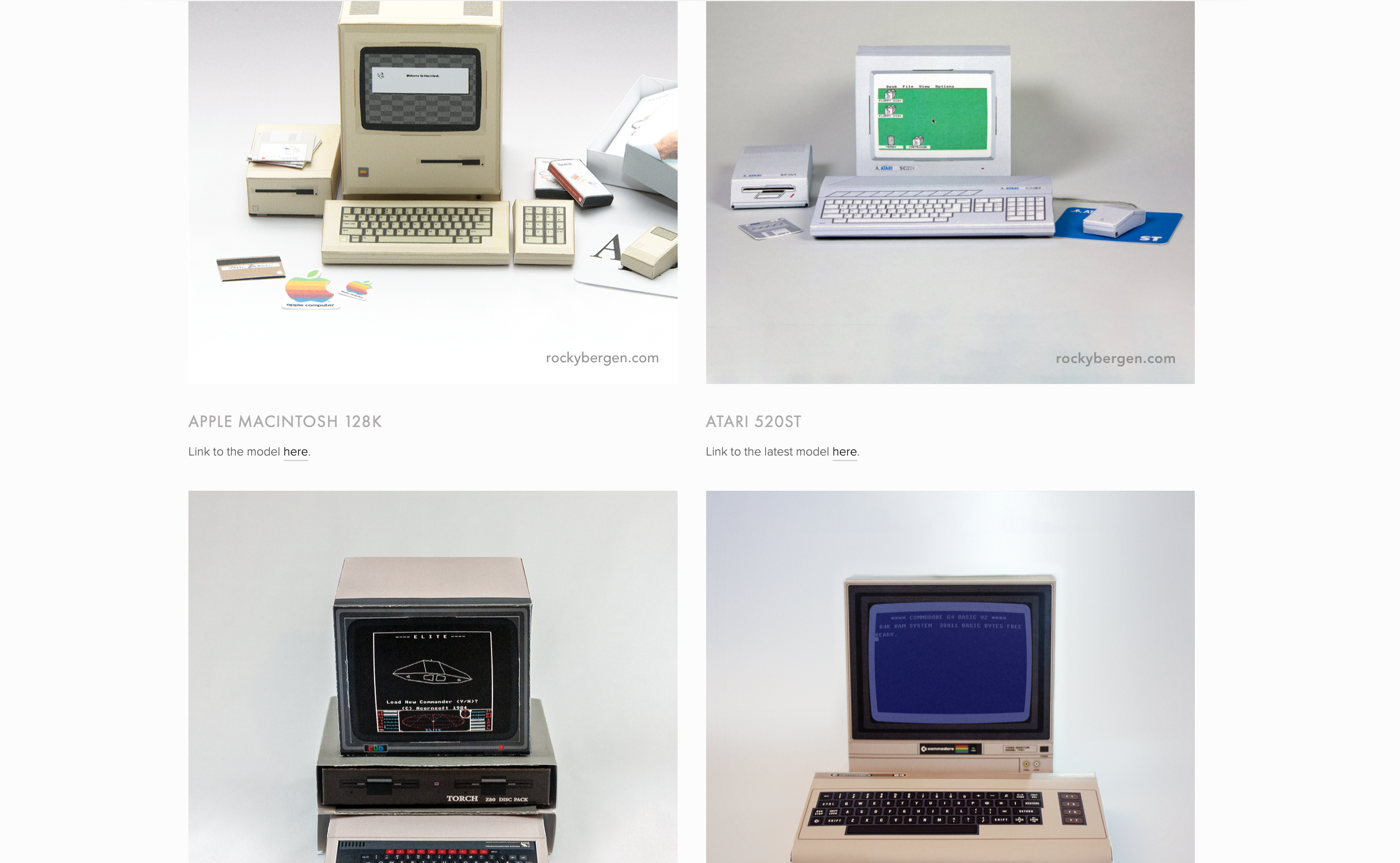 github-pewpew Love the name. CLI to pew pew all your unused GitHub repos. 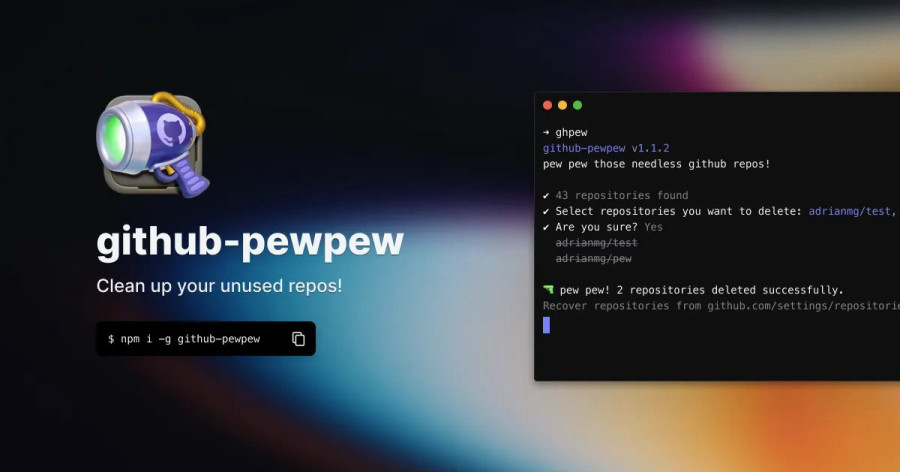 This is how we still all have jobs.

Linux is not magic, it's sudo science.

Sound the excuse When you’re stuck in a Zoom and need to excuse yourself: this site plays excuse sound for food delivery, sick cat, kids running around, DJ next door … 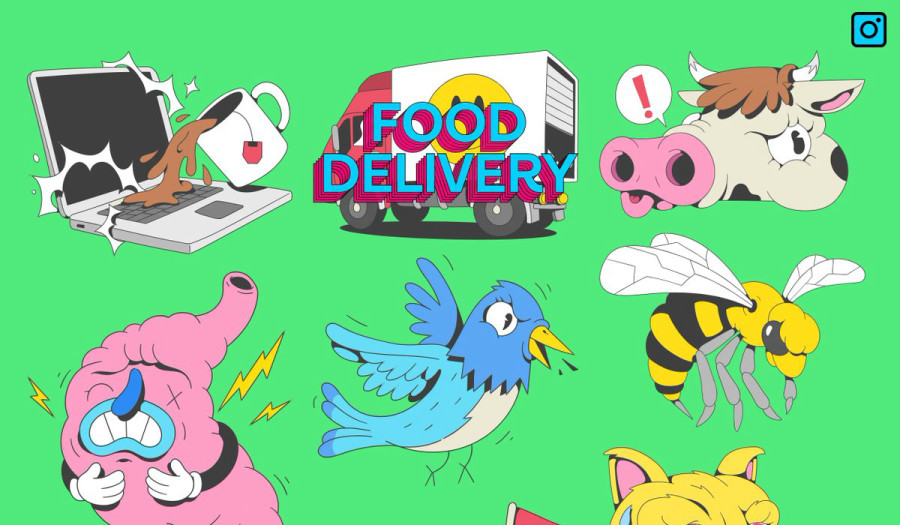 Startup Acquisitions as a Hiring Strategy: Worker Choice and Turnover This graph matches the rule of thumb to a tee — after the acquisition, 1/3rd leave in the first year, 1/2 in the second year, etc. (A rule of thumb is supposed to be predictive, but also easy to communicate, so typically not this precise) 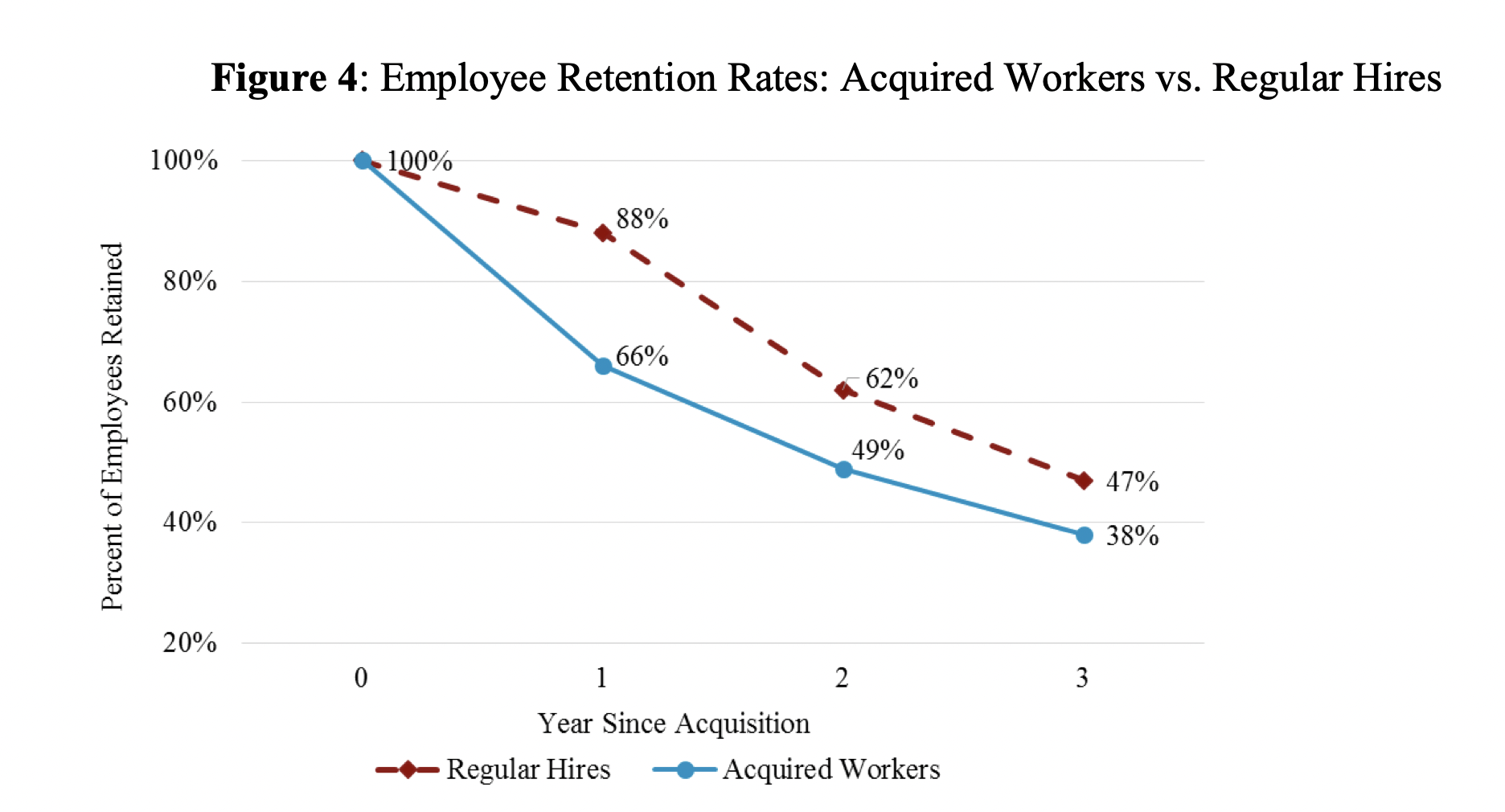 The math works in favor of acqui-hires: hiring a team of 5~10 is not fast and not easy, but hiring 5~10 individuals is even harder. That, even though you're going to lose top talent more rapidly (easy to higher, easy to lose).

People who joined a startup don't always enjoy a "too many meetings" and red-tape culture:

This is consistent with the view that the elevated rates of turnover among acquired workers is largely driven organizational mismatch, which is further tested in the next section.

In particular, many interviewees highlighted the tradeoff between bureaucracy and speed when comparing their experiences at the acquired startup and acquirer.

rands Lots of great replies to this one:

Making a list of small avoidable management mistakes that take no time to avoid, but usually blow up in unexpected ways when you fail to address them.

Example: proactively share what you perceive as trivial information acquired in that other meeting.

💻 Developers:
"I hate meetings"
"Just let me code, I'll skip this one"
"Sigh, not another meeting"

☹️ Also developers:
"This project has no clear vision."
"Management has no idea what's going on."

This Week In Tech

Elon Musk’s ‘Free Speech’ Twitter Risks Scaring Off Advertisers If I understand it correctly, Musk bought a sizeable chunk of Twitter, aided by the fact that he's not short on cash, and Twitter is not all that expensive.

Twitter said "welcome bro", and offered Musk a seat on their board. They did have a condition though, a background check.

Apparently, that’s not happening. Musk said "no, thanks" and instead offered to buy the whole of Twitter. Twitter said in response “how about that you don't?”

Looking forward to next week 🍿

On a more serious note, because this is a serious blog (sometimes), former Reddit CEO published a detailed thread explaining why social networks struggle with free speech and content moderation:

They would like you (the users) to stop squabbling over stupid shit and causing drama so that they can spend their time writing more features and not have to adjudicate your stupid little fights.

Because the problems are NOT about politics, or topics of discussion. They are about all the ways that humans misbehave when there are no immediately visible consequences, when talking to (essentially) strangers, and the endless ingenuity they display trying to get around rules.

It looks like Tesla is familiar with controversy around speech and harassment. Also from this week, Tesla must pay ex-worker $15 million for “disturbing” racist abuse, judge rules:

In February 2022, the California Department of Fair Employment and Housing sued Tesla, alleging that hundreds of complaints provided "evidence that Tesla's Fremont factory is a racially segregated workplace where Black workers are subjected to racial slurs … Tesla is also facing lawsuits from women who say they were subjected to rampant sexual harassment in Fremont factory facilities. 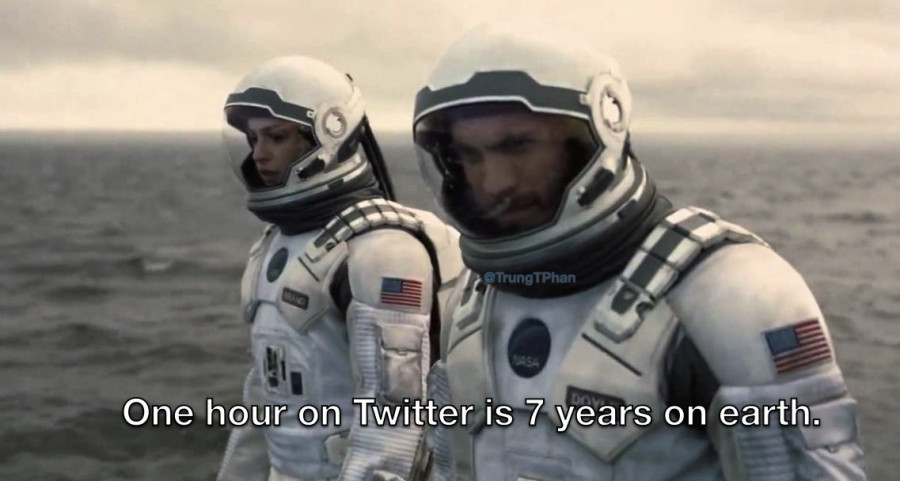 The Scoop: Inside the Longest Atlassian Outage of All Time Ouch. 🤦‍♂️ When you drop the database in production and there's no easy recovery procedure. On the plus side, this could be an excuse to wipe the backlog clean and start over. Or at the least switch your team to anything other than JIRA:

“The script we used provided both the "mark for deletion" capability used in normal day-to-day operations (where recoverability is desirable), and the "permanently delete" capability that is required to permanently remove data when required for compliance reasons. The script was executed with the wrong execution mode and the wrong list of IDs. The result was that sites for approximately 400 customers were improperly deleted.”

Fast, the easy checkout startup, shuts down after burning through investors’ money Old news. By which I mean just last week. Fast raised $120m+ to build a 1-click checkout experience (Amazon's patent expired in 2017). They turned that into $600k in revenue. For some reason, investors declined to pour more money into the fire:

"With Fast," said one former employee who requested anonymity out of fear of retaliation. "It was like, 'how quickly can we set money on fire?'"

Maybe they could have run a background check beforehand? Or maybe the investors didn't care? 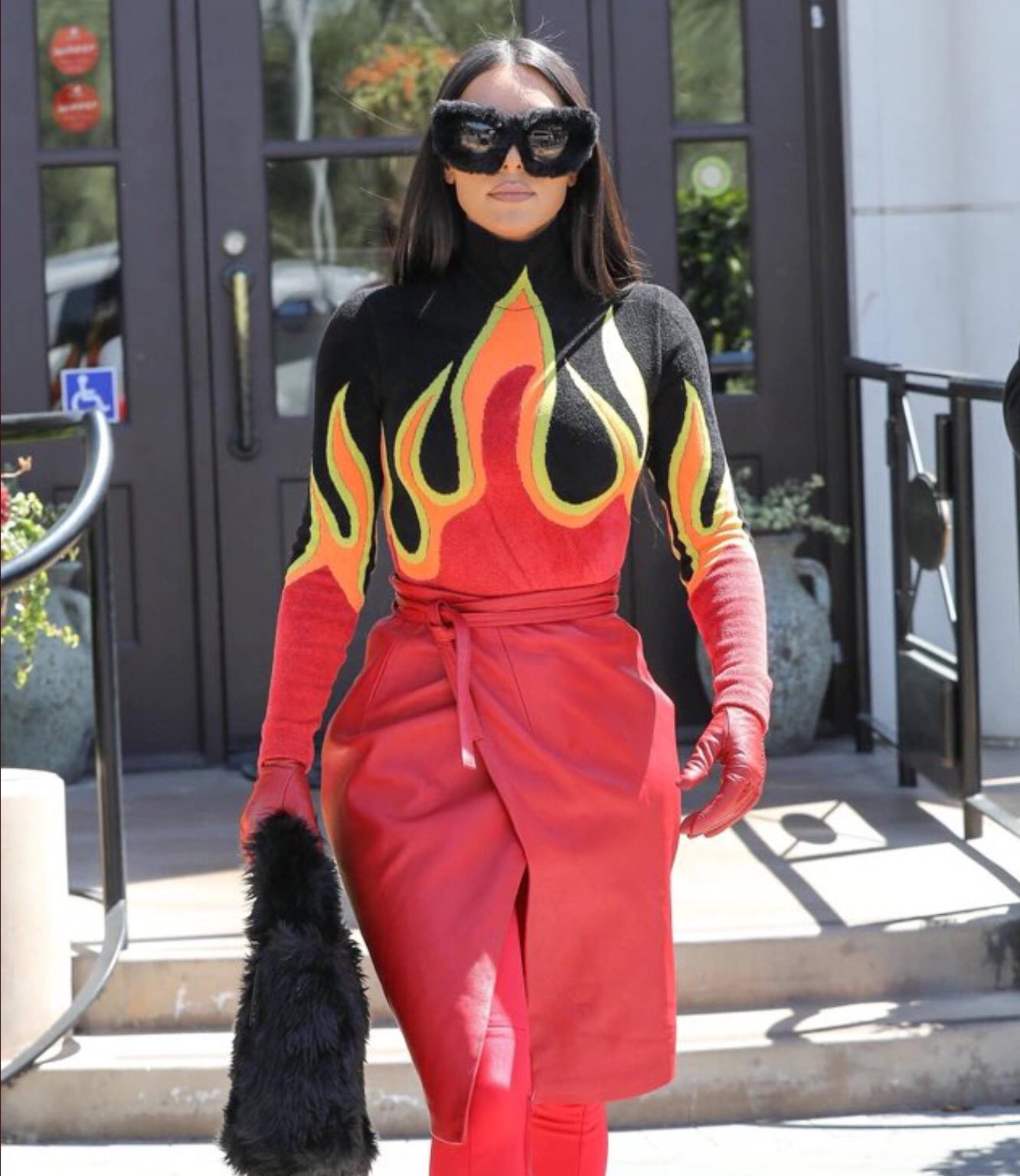 Jake Eberts 👇 This thread is the funniest thing on the internet this week. Don’t be put off, the actual experiment doesn’t start until the fourth thread:

Tomorrow I am going to be deliberately infected with dysentery and kept in a quarantine facility for 11 days as part of a Phase IIc vaccine clinical trial.

That sounds dark but I assure you I am extremely excited to overshare this journey with everyone. anyways here’s an FAQ

i was on tumblr when yahoo had to sell it for $3 million after buying it for $1.1 billion. we were all a little bit responsible for losing yahoo a billion dollars. and with that type of collective effort, i believe we here on twitter can lose elon musk even more

Oliver Carroll “The Russian warship meme — a masterstroke of Ukrainian propaganda — is now officially a stamp.” 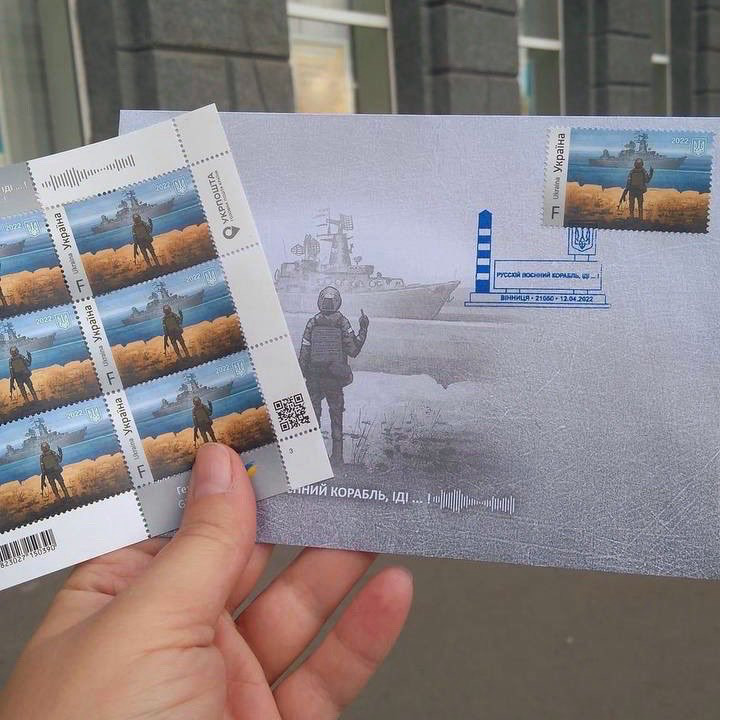 What Really Happens as We Die? “Near-death experiences suggest the brain keeps going after the heart stops, and death is not so absolute“ 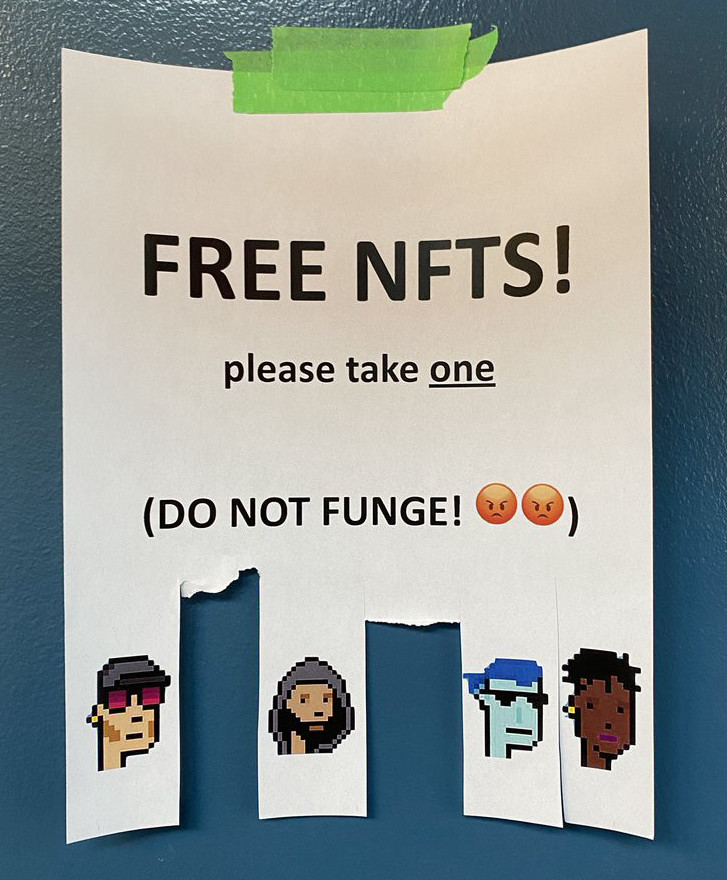