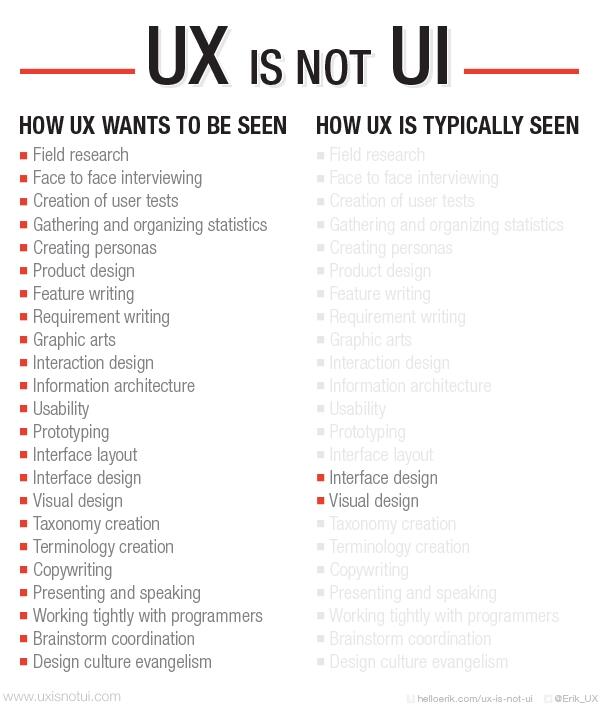 How Evernote Onboards New Users is a detailed analysis of the Evernote onboarding process, the good and the typical lack of attention to details.

A Simple Improvement To Product Mails The most effective improvement you can do right now: target active users separately from inactive users.

What you’ll like for dinner looks at persuasive design, by example of airplane food choice.

"Scroll-Jacking" in Full Screen talks about the reasons and reactions to this sexy homepage.

Cognitive Overhead, Or Why Your Product Isn’t As Simple As You Think:

Put your user in the middle of your flow. Make them press an extra button, make them provide some inputs, let them be part of the service-providing, rather than a bystander to it. If they are part of the flow, they have a better vantage point to see what’s going on. Automation is great, but it’s a layer of cognitive complexity that should be used carefully.

"We have no single point of failure. We have many points of not-success."

Design for Performance from the Etsy experience: slides and references.

Echobox, "actionable analytics for news publishers." An analytics tool that gives you action items to improve your site's content.

Headroom.js gives your pages more headroom by scrolling the header out of sight, brings it back when you scroll up.

Building Command Line Tools in Node with Liftoff, or the dependency that helps you build a hacker tool works with a Hackerfile.

HTTP 308 Incompetence Expected discusses (in the comments) how browsers really handle HTTP redirects. Another reminder the HTTP spec is a work of fiction, loosely based on real life events.

Are We Shooting Ourselves in the Foot with Stack Overflow? From which I learned how a simple stack overflow caused unintended acceleration of Toyota cars. Also, how real-time OS developers reason about memory usage.

Promise Anti-patterns covers the common gotchas of promises. From what I've seen, when promises are used to "solve" callback hell, there's an inherit misunderstanding that leads to buggy usage of promises. So watch out.

Where to work Read this list and choose your next employment opportunity wisely.

7 Interview Questions That Will Blow Hiring Managers Away. Some good questions to ask at your next interview. Or, if you're hiring, be prepared to answer these.

The Engineer Crunch TL;DR have a mission, source by yourself, look outside the Bay Area, and don't be cheap with equity.

We Don’t Sell Saddles Here is a wonderful pep-talk, the kind every early stage startup ought to have. You can say Slack is making a better HipChat, and HipChat is just corporate-friendly IRC that doesn't suck. Or read this piece, see why Slack could well be a big thing.

Crisis Management — From the Man Who Helped Save eBay Back in the days, eBay was slow, buggy and sometimes entirely down. This article takes a look at the hero culture created to fix early days eBay.

How To Make Sense Of The Michael Dunn Verdict Euphamism of 2014: the word "thug".

How the north ended up on top of the map:

The orientation of our maps, like so many other features of the modern world, arose from the interplay of chance, technology and politics in a way that defies our desire to impose easy or satisfying narratives.

How Modern Light Bulbs Work from which I learned that LED is short for party ⇆ relax junction diode.

And then i was like … lets you express yourself with Gifs and a webcam. Now, if someone could combine 3 seconds gifs with …

Inside DuckDuckGo, Google's Tiniest, Fiercest Competitor. DuckDuckGo is my preferred search engines. It fixes some issues that Google Search gets wrong, specifically privacy.

Women Outnumber Men For The First Time In Berkeley’s Intro To Computer Science Course So this is also happening.

Life Before (and After) Page Numbers Page numbers are 550 years old, but would they last another decade?

When I throw hard drives in the garbage, I smash them up a bit and then write "Bitcoin wallet backup" in bold on the label.

The pros and cons of owning a pet dinosaur