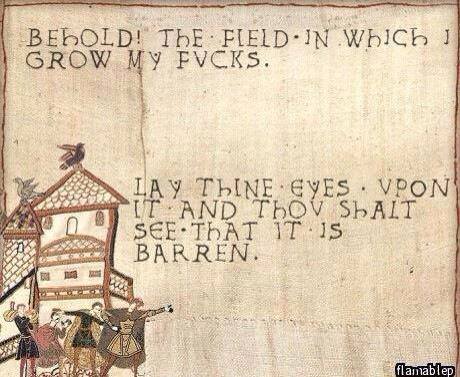 Only 90s Web Developers Remember This. 1x1 pixels and &nbsp all the things!

Numbers Made Beautiful shows how to make forms, navigation and charting work better on mobile.

Broken is harder to diagnose in a larger org, because there are more layers & more heroes in the food chain. #process

Thanks for downloading our app. We thought you’d like to start by looking at annotated screenshots of the app instead of actually using it

Paw – The missing HTTP Client for OS X looks like a fantastic tool for Web API developers. Also check out Postman, a Chrome extension that does the same thing.

Formspree.com is perfect for static sites that need to use forms: it captures the inputs and emails them to you. And free to use for up to 1000 submissions a month.

Animating SVG with CSS gives the effect of element being 'painted' onto the canvas without using JavaScript.

katiefenn/parker runs metrics on your stylesheets and reports on their complexity.

The Value of Background Fetch talks about the difference of fetching shared resources (e.g. feeds, podcasts) in an iPhone app vs server-side.

How To Safely Generate A Random Number. TL;DR ignore the man pages and use /dev/urandom.

bup is backup system, similar to rsync, but based on Git packfile format, so it can run incremental backups on large files (e.g. VM images).

How I want to write node: stream all the things! The title says it all. I'm working a lot with streams now, on a new secret project, and it's surprisingly easy and fun, not to mention useful. Thank you Node.js!

To close or not to close discusses void elements (img, link, etc) and whether you should use the XHTML self-closing (my take: not).

Not Seeing the Forest for the Gotos:

Focusing on goto or braces, misses the point. … The Apple SSL bug existed, and remained undetected for a year and a half, because Apple wasn't testing their SSL implementation against dodgy handshakes. And it made us unsafe because the NSA, presumably alongside an unknown number of other individuals and organisations, government and otherwise, were.

Related, A Brief History Of One Line Fixes.

batch emitting new values. I bet you didn't know the difference between tasks and micro-tasks, and why we need both nextTick and setImmediate. It's complicated, but not really.

Monad goes in, Monad comes out. Never a type error. You can't explain that.

How To Find Common Ground When Engineers Don’t Like Features. This happens a lot, and often shrugged as "engineers be engineers", when really we all want to succeed, but have different takes on the cost/benefit. How you frame features matters, so read this before your next product meeting.

My Management Lessons from Three Failed Startups, Google, Apple, Dropbox, Twitter and Square is a must read, whether you're in management or leadership.

Thirty Percent Feedback. I thought this was about giving less feedback, turns out it's about giving feedback earlier in the process (the 30% mark):

The new reality of venture capital looks at the numbers.

Selling to Enterprise: Why Your “Easy,” Developer-Friendly Offerings are HURTING Your Chances TL;DR you've got to understand what buyers need, and the needs of enterprise buyers are not the same as individuals or small businesses.

It's Crazy How Much Money a Startup Can Waste on Bad Hires:

A top performer in company A can easily be a Bad Hire in your environment. Do not underestimate the importance of fitting in with your surroundings.

IFTTT recipes for Automatic connects your car to the Internets. It can turn house lights when you get home and remind you to bring grocery bags into the store.

Spritz is a new way to speed read: one word at time. But it's different from anything you've seen before, by centering around the preferred fixation point. Doesn't get you tired as quickly.