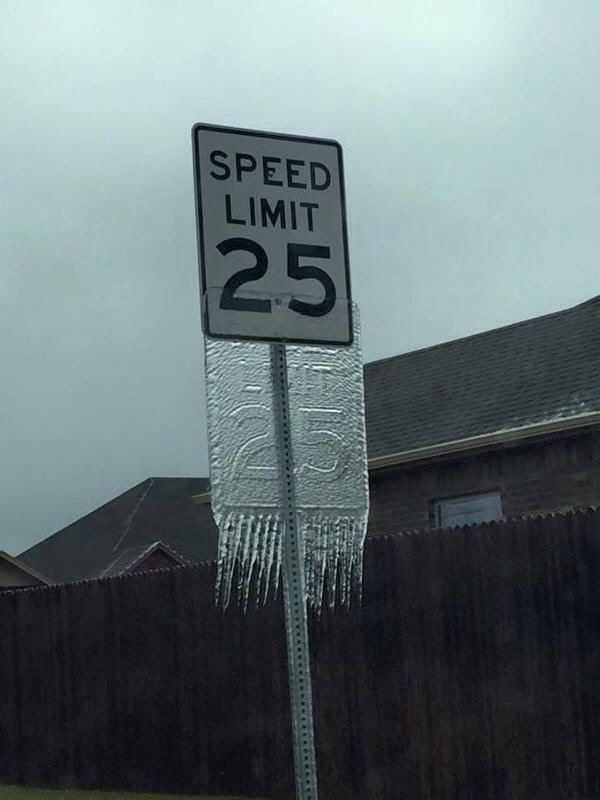 @DocHackenbush "The bittersweet moment when a signpost dies and its spirit leaves its body."

This week we learn a valuable design lesson from a metal band; we fill out Form RFC 791; a lot to learn from the JavaScript developer survey; we play the Github programming game; security, as easy as pasting a logo on your site; One Skill, Two Skill.

A poignant lesson in logo design from a death metal band. Don't follow the herd. Choose to be awesome instead.

@mortenjust The first principle for UI design is:

Your UI is your product's humble compensation for not being telepathic

EDD: What is the most important thing, outside of your curriculum, that you make sure to teach your students each year?

I also teach that whatever they do, no matter how they got there, no matter whose advice they took, who led them astray, who chewed them out, who loved what, it’s their name on the project, and they get to take the credit and also the responsibility. They don’t get to blame anyone else for how things turned out, because they made the final decisions and they need to take ownership of that.

Claim to fame Bias: The inclination to ignore research & repeat the same UX that was successful at the last company

Ask DTrace: Why are my tests so slow?

I'll skip right to the punch line: we cut the test suite's running time by better than half with a 1-line change, and DTrace was crucial in tracking down the cause of the slowness.

You can trust semantic versioning because no one’s ever discovered a backwards-incompatible regression after making a patch-level release.

Do not underestimate credentials leaks. Open source packages that leak their credentials to their Github repo. Double check your packages!

troll your collaborators by converting your project to use git submodules.

Hand-crafted IP packets with Form RFC 791: "Print legibly and press hard. You are making up to 255 copies." 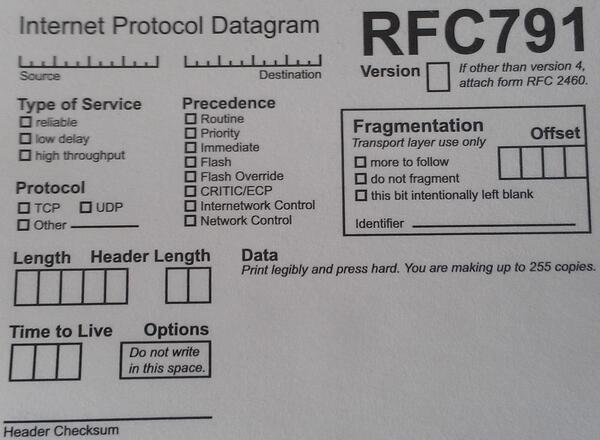 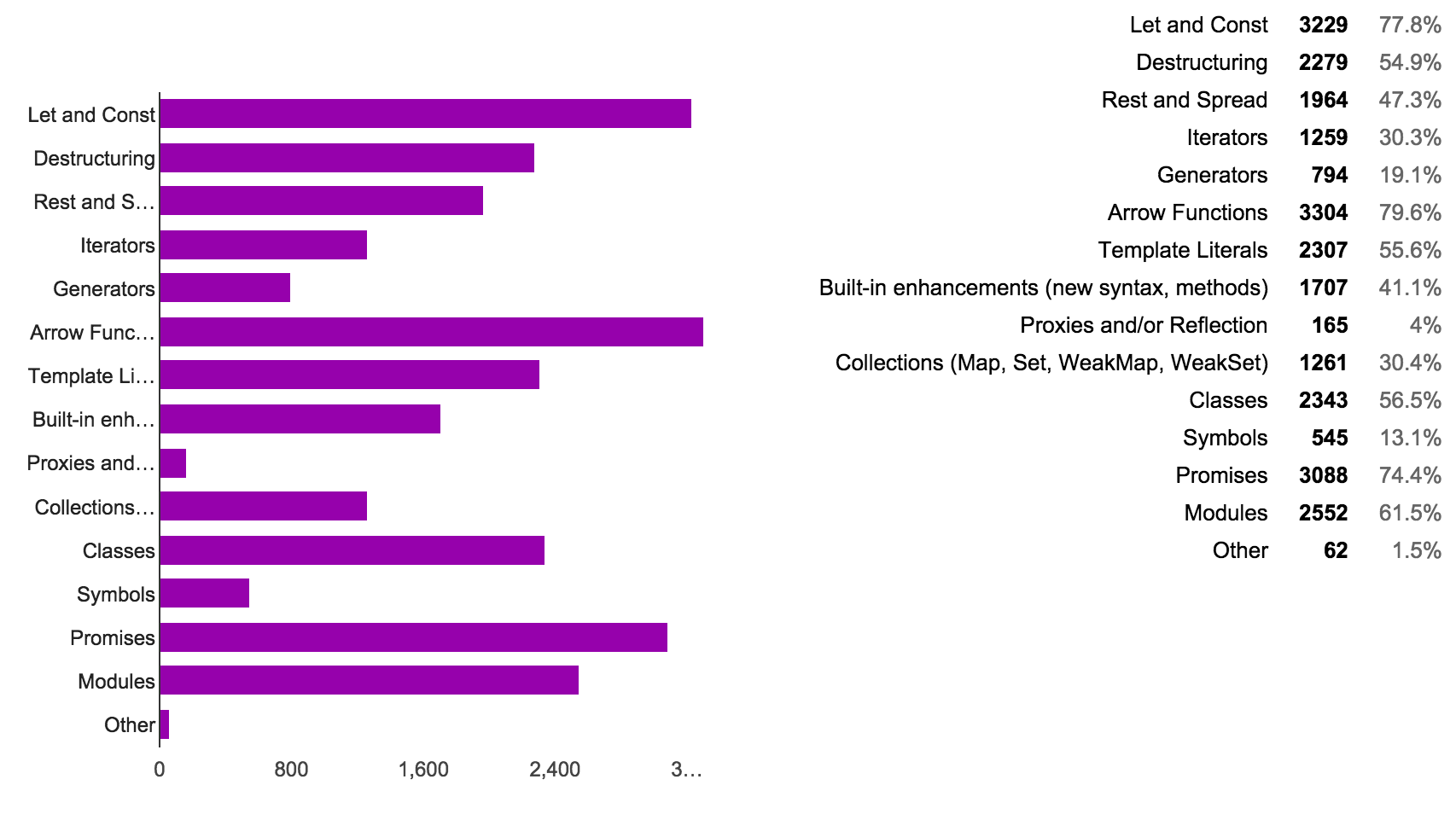 Writing Clear Code, Not Clever Code Do you measure the clarity of the code you write?

In 2009, as a member of a 7 person agile team, it was very easy to measure how I was doing in this category: How often did another team member ask me what a piece of code did? Once I began looking at these problematic blocks of code, I noticed a pattern, and began to work on resolving the problem. It doesn’t matter what my particular problem was… what mattered was that I began looking for it!

Three stories "It’s easy to recall the things that went well during your startup. Here are three stories about times when things weren’t going so well."

Yahoo’s Engineers Move to Coding Without a Net

What happens when you take away the quality assurance team in a software development operation? Fewer, not more errors, along with a vastly quicker development cycle.

@Twoo Security by "I have no idea what I'm doing here":

@BrandyPenguin Notice the Norton Secured by Verisign logo on our payment pages, which is proof of our high level of security.

Speak Up & Stay Safe(r) A Guide to Protecting Yourself From Online Harassment:

This guide is for anyone who fears they might be targeted, or who is already under attack, for speaking their mind online, but is especially designed for women, people of color, trans and genderqueer people, and everyone else whose existing oppressions are made worse by digital violence.

I have a student who insists on writing his economics essays in Suess. They're infuriatingly brilliant
http://nber.org/~jwolfers/teaching/OneSkillTwoSkill.pdf