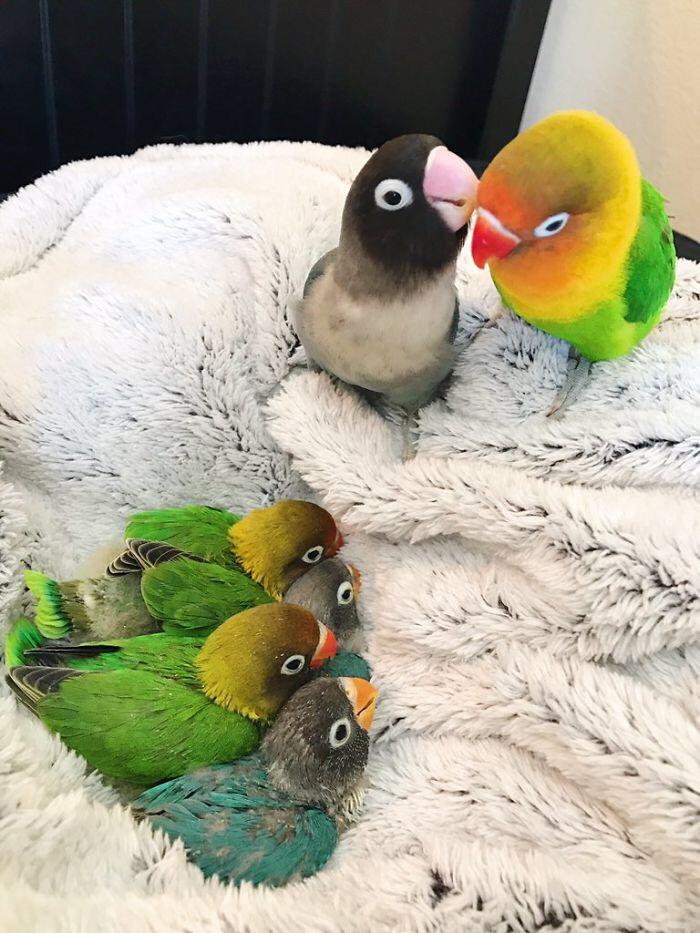 Details were copied onto semi-transparent tracing paper from the projected image and later transferred onto the drawing board by means of carbon paper. Again, all the labels would be added in pencil for approval before the time-consuming (and virtually irreversible) inking took place. No pressure! 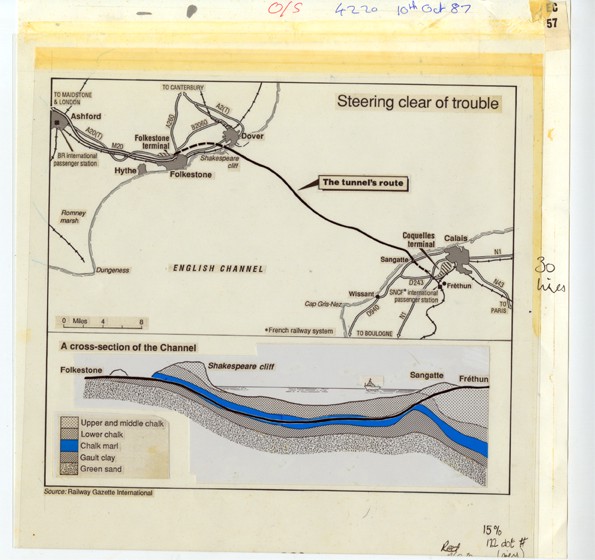 How to stay scrappy On keeping that scrappy mentality, even as your team grows big enough to fill a movie theater:

We’ve also been experimenting with different ways of working. We’re now trying something called “hack-a-sprint,” where a small group focuses on one project for 6 whole weeks. They can skip all meetings and other responsibilities, so that they can focus on just one thing. It’s like having a scrappy startup within a bigger team.

Did you know you can put console.log statements inside the breakpoint condition in chrome? Kind of crazy but it gets you nice logging in the console that you can easily enable/disable without actually editing your code.

Peeking Behind the Curtains of Serverless Platforms Some highlights from this study:

Jen Simmons Standard bodies I participated in, all had this same issue:

I find the difference between how front-end developers understand CSS and how browser engineers understand CSS utterly fascinating. There's a huge gulf — almost like these two worlds are working with totally different technologies. I had no idea until I joined the @CSSWG.

The Expert Beginner The hardest problem in computer science is parsing irony. 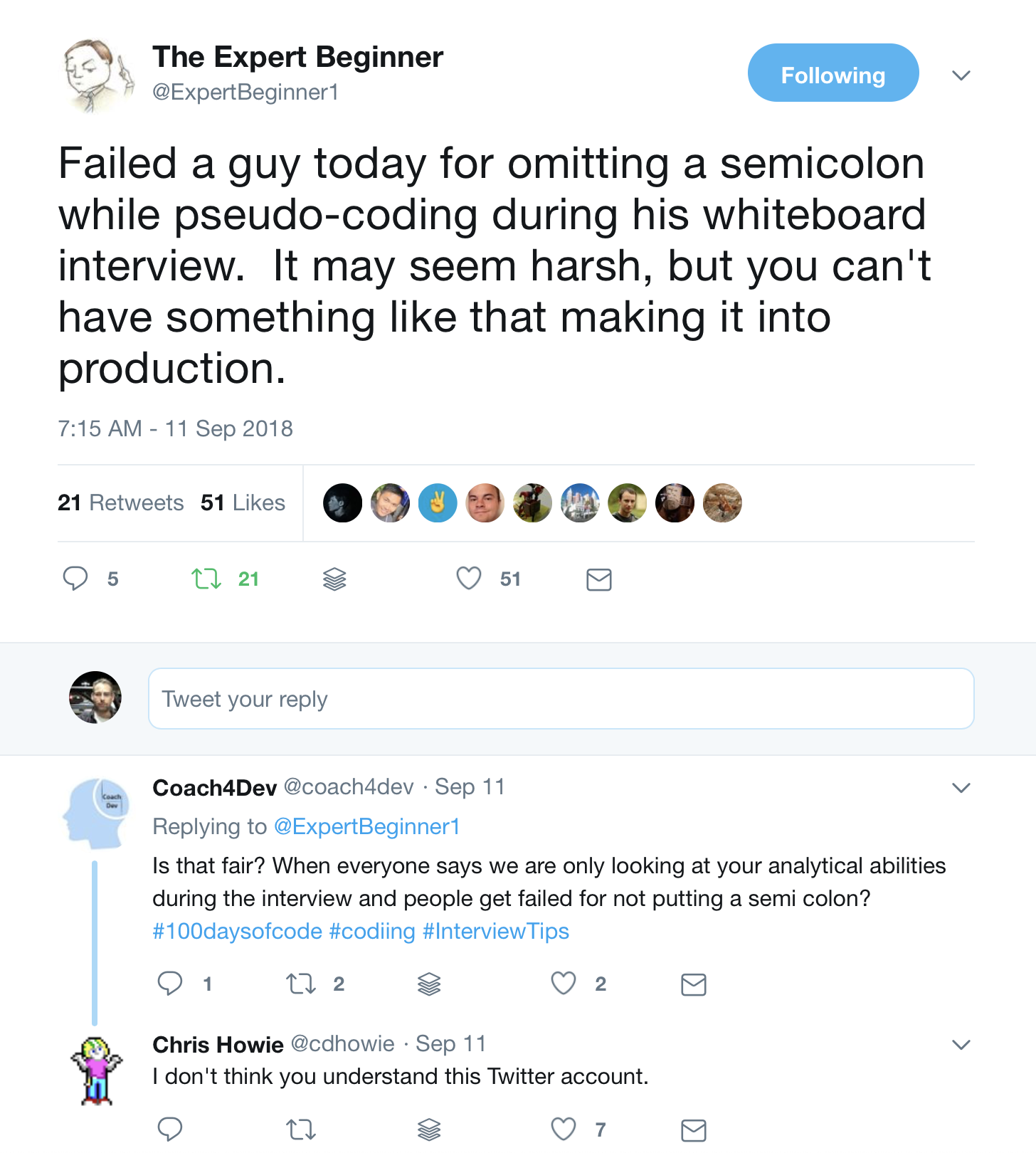 It happens far too often that the process of documenting a feature after its been implemented reveals serious flaws the design of that feature. I’m just not learning the obvious lesson.

M. J. Fromberger Optimizing for performance is hard, but it's a technical challenge. Doing less, or saying "no", requires political capital and emotional intelligence:

There are only three optimizations: Do less. Do it less often. Do it faster.

The largest gains come from 1, but we spend all our time on 3.

Today I learned the best phrase ever. "Load bearing optimization" - an optimization that has an unintended semantic effect that people come to rely on.

Encourage.exe When the server is down …

Here’s why so many data scientists are leaving their jobs Budding data scientist: "I want to change the world" Paying employer: "I need you to clean up this leads database". Also, being a one-person team not easy. 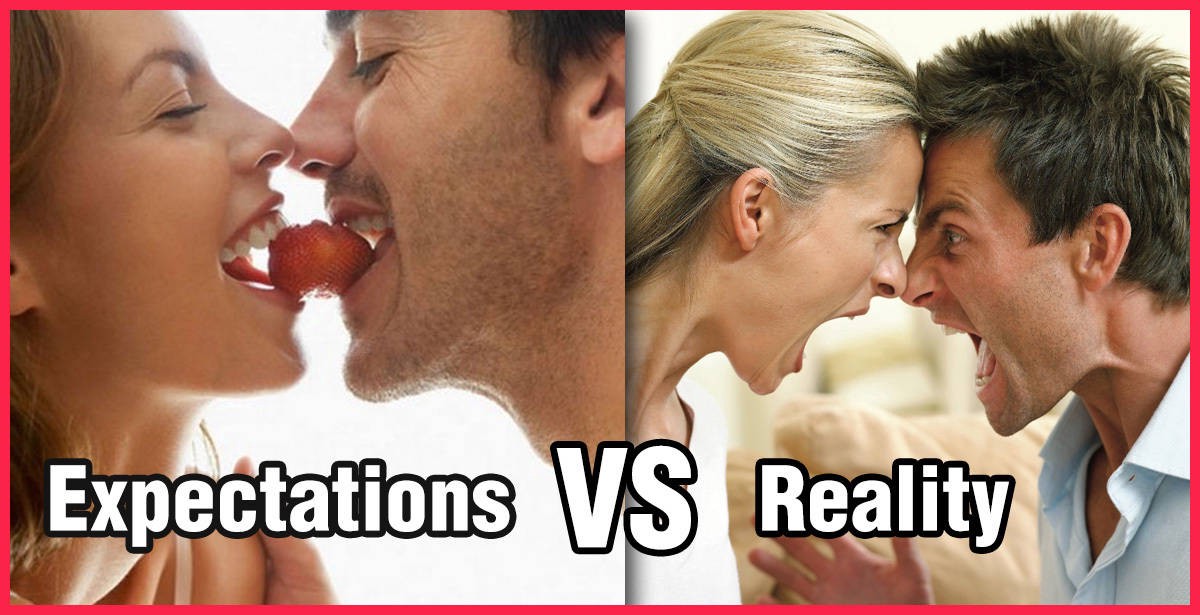 Naval I call it "Restless Founder Syndrome". But like smoking or gambling, someone's making money off it, so sure, let's find a better name and glorify it.

People with “founder mentality” can’t rest once a problem or opportunity is identified.

They take on personal responsibility without complaint, learn and recruit skills as needed, and deliver results despite politics.

There is unlimited global demand for founder mentality.

Dark Motives and Elective Use of Brainteaser Interview Questions That would not surprise me:

Brainteaser interview questions such as “Estimate how many windows are in New York” are just one example of aggressive interviewer behaviour that lacks evidence for validity and is unsettling to job applicants. … Results of a multiple regression, controlling for interviewing experience and sex, showed that narcissism and sadism explained the likelihood of using brainteasers in an interview.

A couple of weeks ago I was at a café and someone dropped a plate on the floor. Half a second after it exploded they shouted “I AM GROWING AND LEARNING” and I still think about it everyday

Private by Default While many moan the death of Google Reader, the void allowed other feed readers to thrive. And when there are paying customers, there can be privacy:

I want Feedbin to be the opposite of Big Social. I think people should have the right not to be tracked on the Internet and Feedbin can help facilitate that.

Since Feedbin is 100% funded by paying customers, I can focus solely on making the best product possible without compromises. Therefore, Feedbin can be private by default.

Almost half of US cellphone calls will be scams by next year, says report I'm looking at my call log for this week, and I've got zero legitimate calls in there. The last call that was not spam, was in August.

Brandon Friedman This was always the case, but back in the days we excused it as "engineers don't get along with marketing/sales/support/users", it was introvert vs extrovert, soft vs hard science, and we sighed and moved on. Well, now we're all paying the price for tech's inability to grok the world, and poor decision making:

Tech folks often sneer at college, believing degrees are unnecessary. They wear a high school education as a badge of honor.

The irony is that, while the U.S. system certainly has flaws, what Zuckerberg struggles with the most are things you learn with a well-rounded degree. 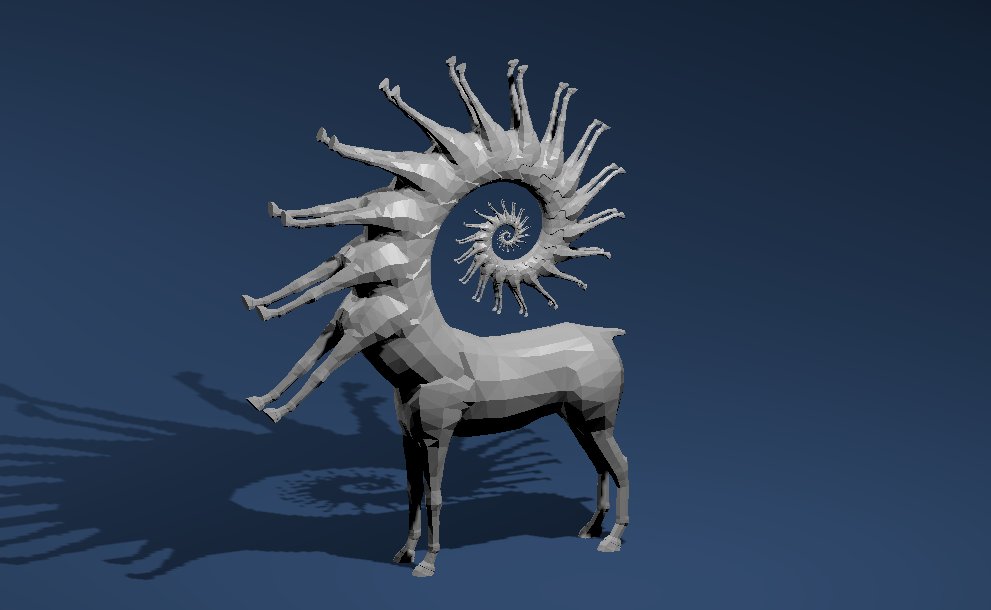 ARE YOU A HUMAN CAT?

My greatest accomplishment ever was today when I put my quarters in the gas station air machine and I filled all four tires and I checked that the pressure was right all before the air stopped running.

How The Weather Channel Made That Insane Storm Surge Animation A look at the tech behind this video. And to anyone in the affected areas, stay safe! 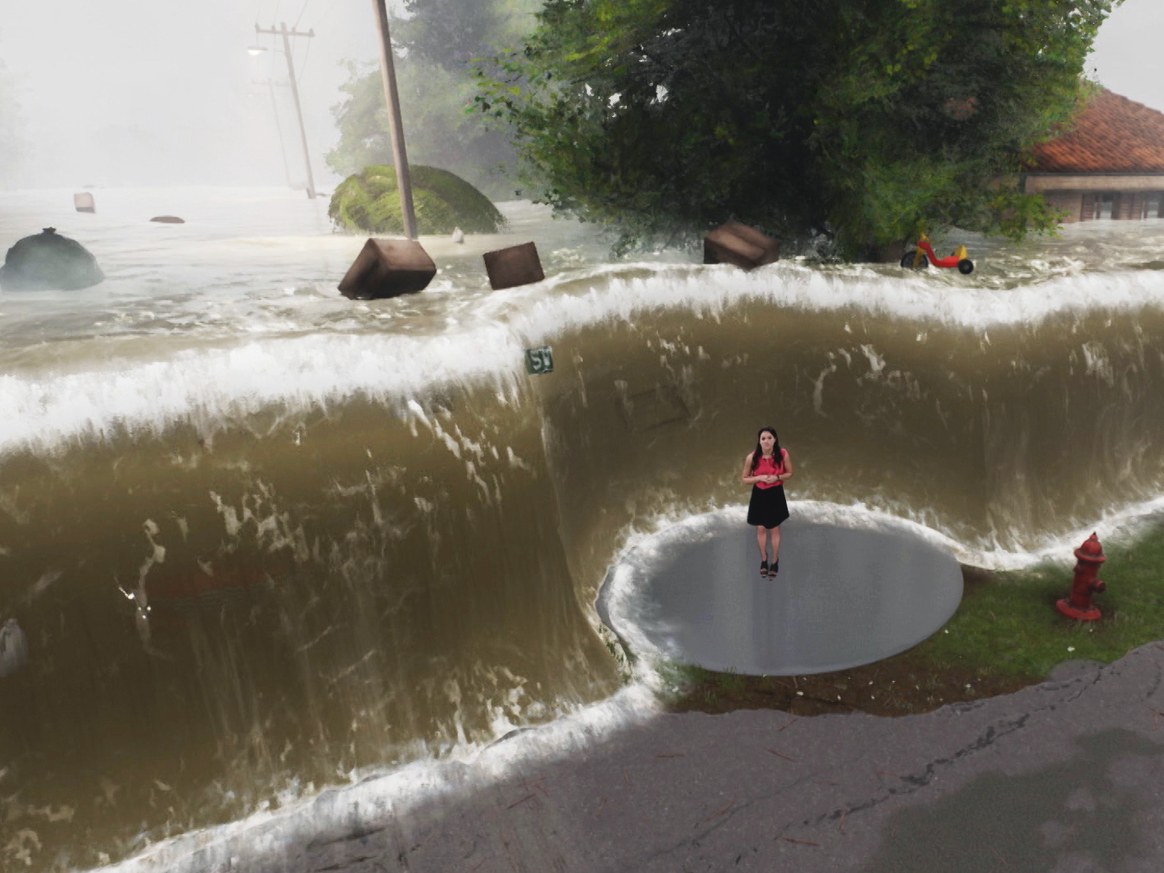 To me the most amazing thing about the universe is that if you take a bunch of hydrogen and leave it alone, 13.7 billion years later a small lump of that same matter will have the idea to sell hot fresh Nutella donuts right on my doorstep. Physics, y’all.

If you were wondering why most photos of the Pyramids in Giza always seem to be from the same angle, this is why

Because of the extensive tourism, they built a highway right up to site. And with tourism and traffic come shops. Businesses get money and they build houses and yet more shops, and so on... 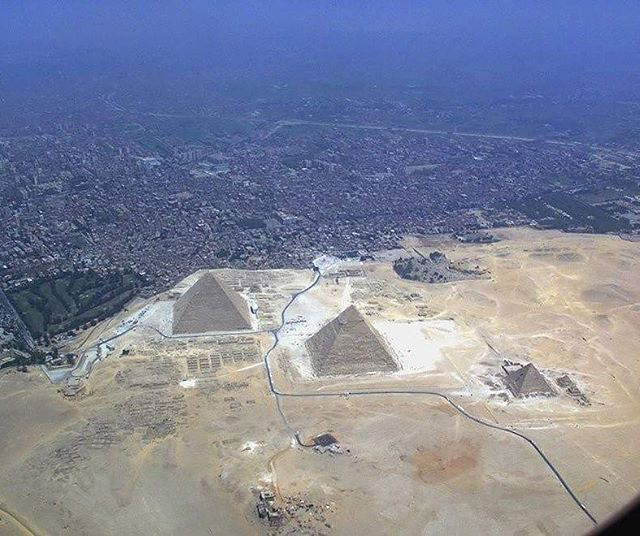 Nicole Cliffe How the boss key was invented:

I remember when I was a kid and wasn’t allowed to watch TV, the minute I heard my dad’s car in the driveway I clicked to a sports channel first and then the news channel and then off so if he hit “previous” I wouldn’t get caught.

I found a 90's phone that has a hashtag button on it, I thought Twitter invented hashtags? This is all the proof I need that people have travelled back in time to the 90's, and planted some clues behind for us to find:

My mom was going through a box of her old stuff and she found one of those bulky phones that are from the 90's and it has a hashtag button!!! Like for real it has ( # ) on it!!! Like Twitter wasn't even invented yet so why did they need hashtag buttons???

Third Thumb Changes The Prosthetics Game Ever wanted to have a third thumb?

i recently noticed that whenever life was getting me down, i'd usually find a dollar in my pocket the next day. i told my parents how weird it was and they told me my little sister puts a dollar in one of my pockets when she knows i'm sad to help cheer me up and now i'm cryin

How the West Was Lost The story of John Wesley Powell, who tried (and failed) to prevent an overdevelopment that led to an environmental disaster. 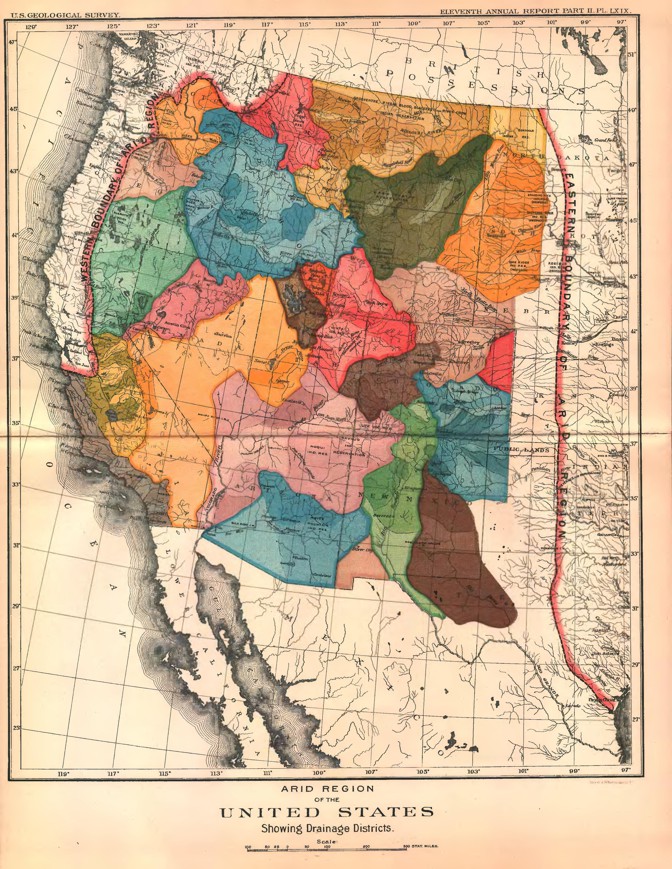 Ian Laking "If the world’s getting too much today here’s a cat cleaning an owl to get you feeling better again.👌🏼🦉"