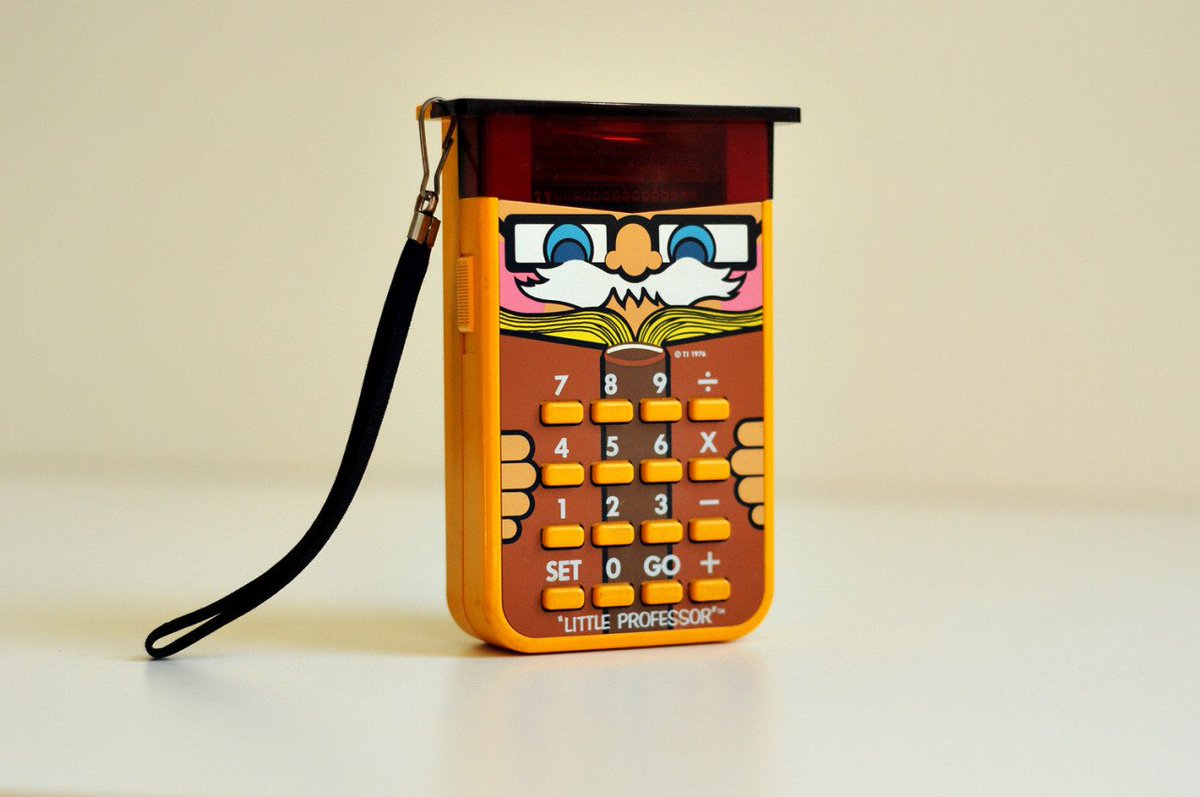 Pulp Librarian This is the story of the 1970s great calculator race... (thread)

Are we designers shamelessly good at self promotion? What do tech designers write about? What do they read and share most? Posts about templates, news, case studies, etc get far more attention than essays about ethics and responsibility. Much content is self promotion, no surprise. And unfortunately, the people with the most experience to share don't have time to do so; the people with the most time to post, don't necessarily have insight from experience. So remember, just because it was posted on the internet and shared wide and far, doesn't mean it's good advice.

Something I have always wondered: why do airlines tell you departure AND boarding time? Like, we really only need to know boarding time, and if you’d stop telling us when we were supposed to take off, we’d stop getting mad that you never seem to do it

Beyond Interactive: Notebook Innovation at Netflix Netflix has quite the infrastructure to power Jupyter notebook. 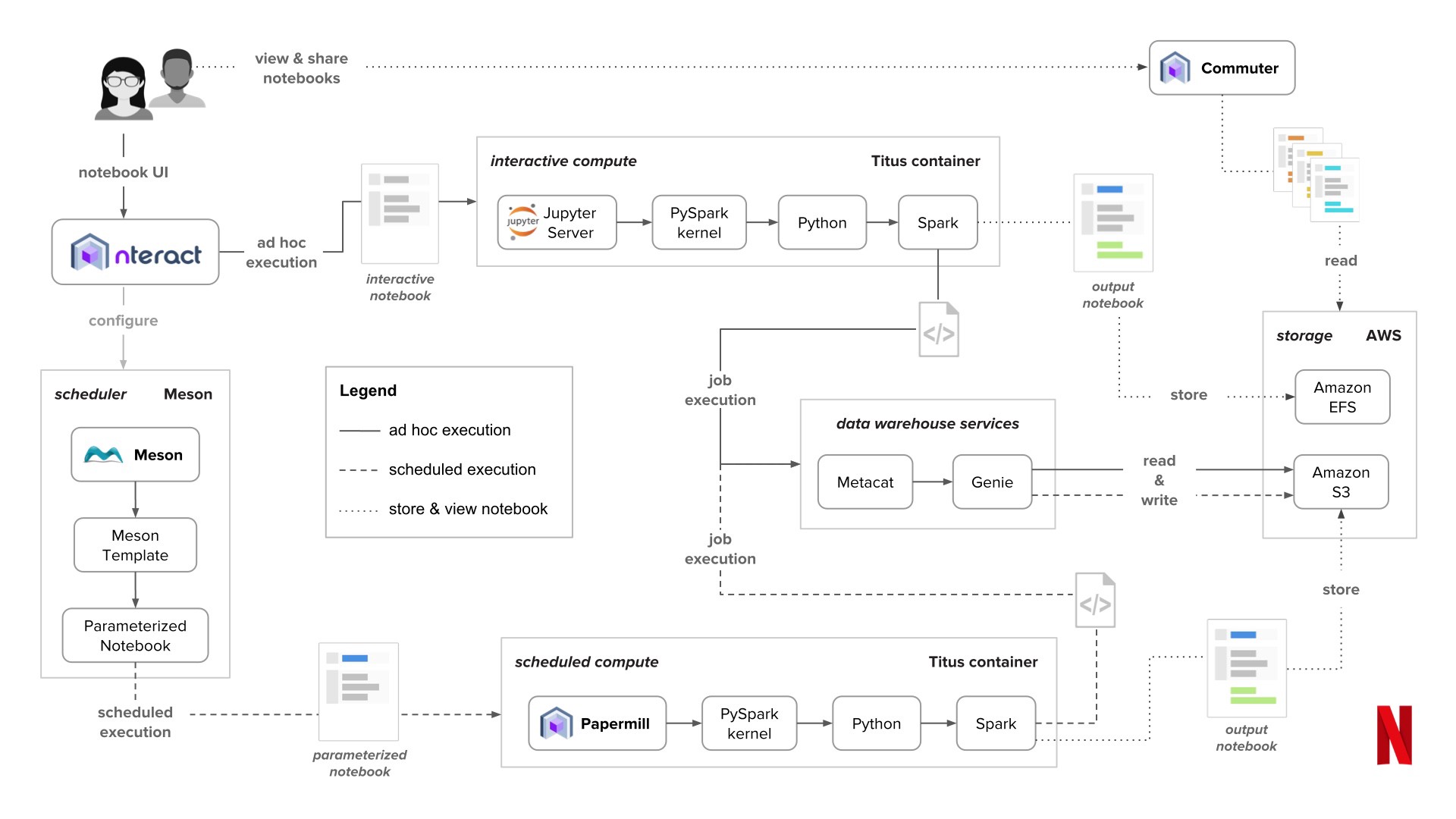 Timsort: Fastest sorting algorithm for real world problems. I missed this one in Computer Science, maybe because it was first implemented in 2002. Timsort is O(nlogn) for worst case, and O(n) for best case, due to interesting combination of Binary insertion and galloping. 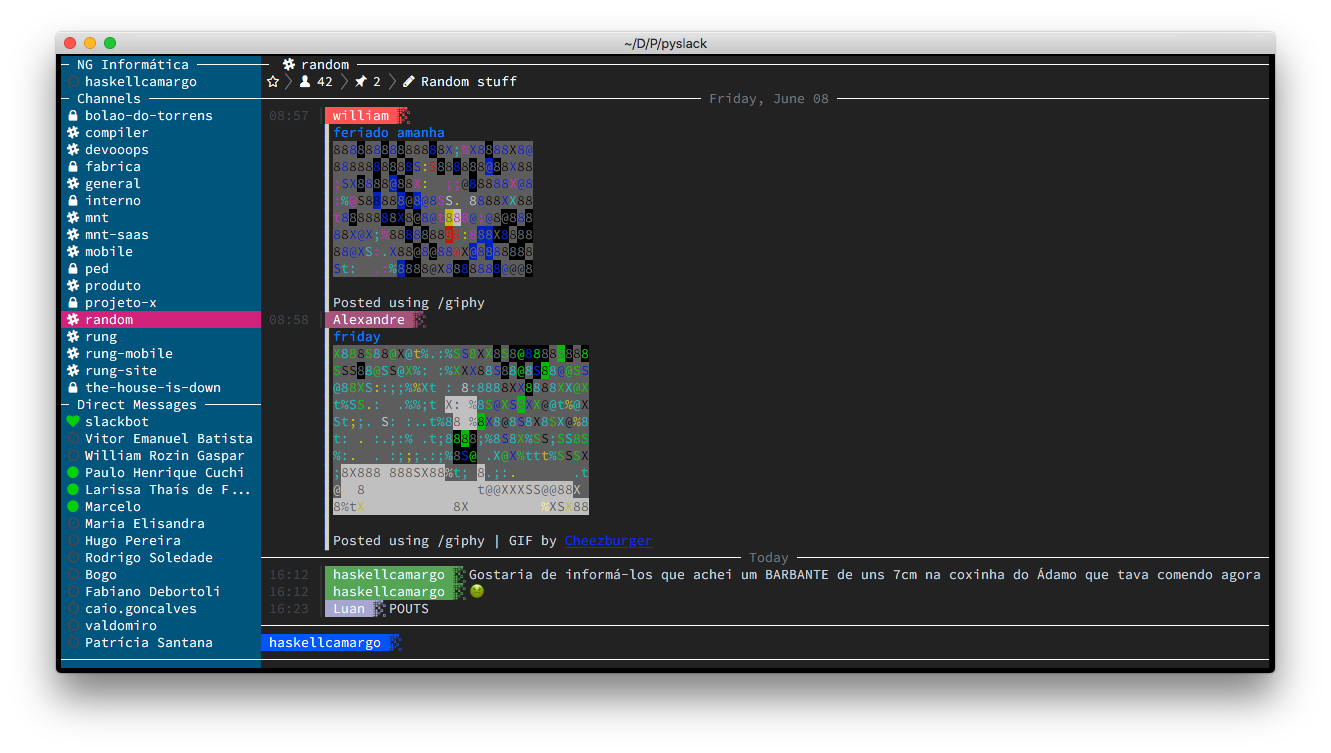 C Is Not a Low-level Language Unless your computer is a PDP-11: 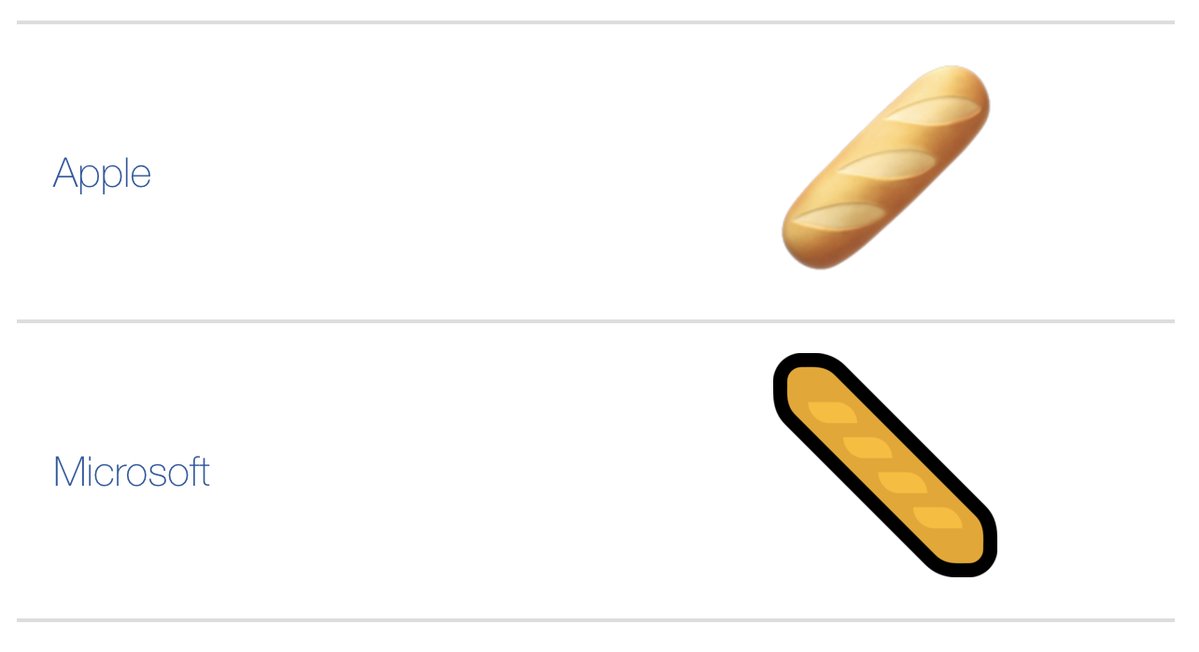 JavaScript for impatient programmers I often link to Rauschmayer's blog posts because I like how well he introduces new JavaScript concepts: accessible to novice and experienced developers, covers common and advanced use cases, distills the Good Parts. Anyway, the book's out, go buy it. 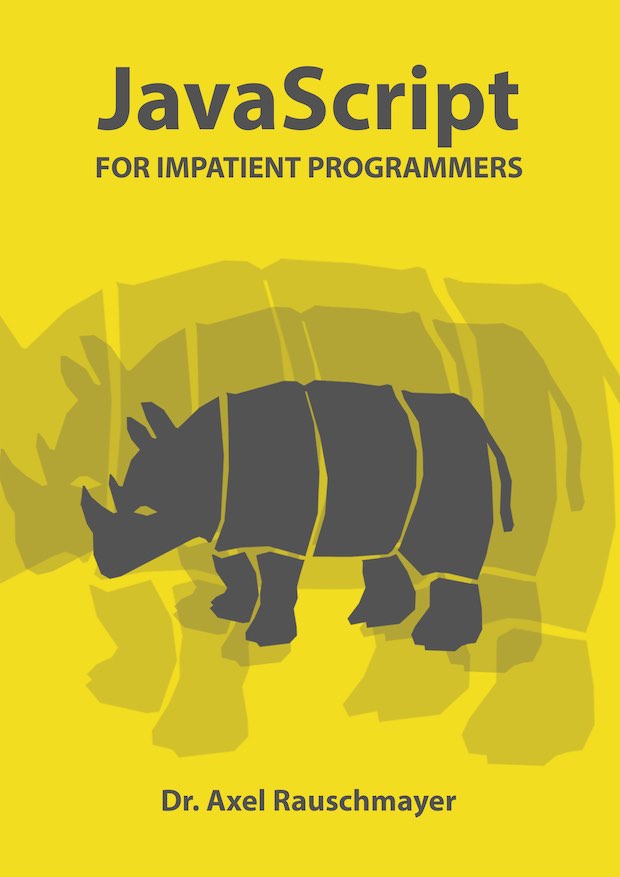 engineering values ⭐️⭐️⭐️⭐️⭐️ Hanging this in our engineering Slack room:

don’t be clever
code is a liability
ask, learn, and teach
design and architecture matter
first make it correct then make it fast
only make it fast if you know it matters
it’s not done until customers are getting value
it’s not done until there’s nothing left to take away
don’t automate something you haven’t done manually
quick incremental progress is better than the alternative
code is shared by the team. there is no such thing as my code
it’s easier to change a dry-erase board than a production system
code is written to be understood by humans first, computers second

how to write a garbage collector in bash: 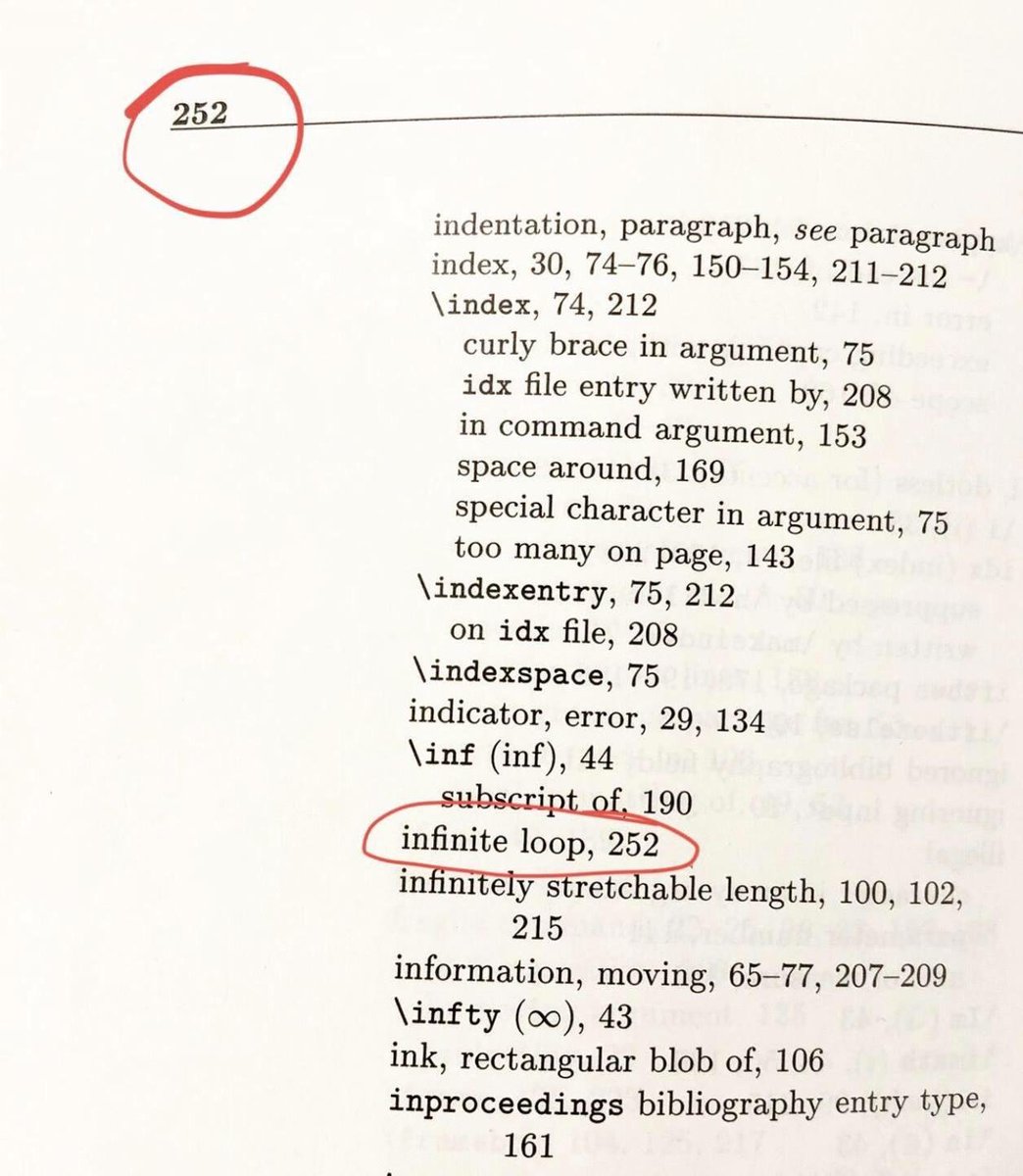 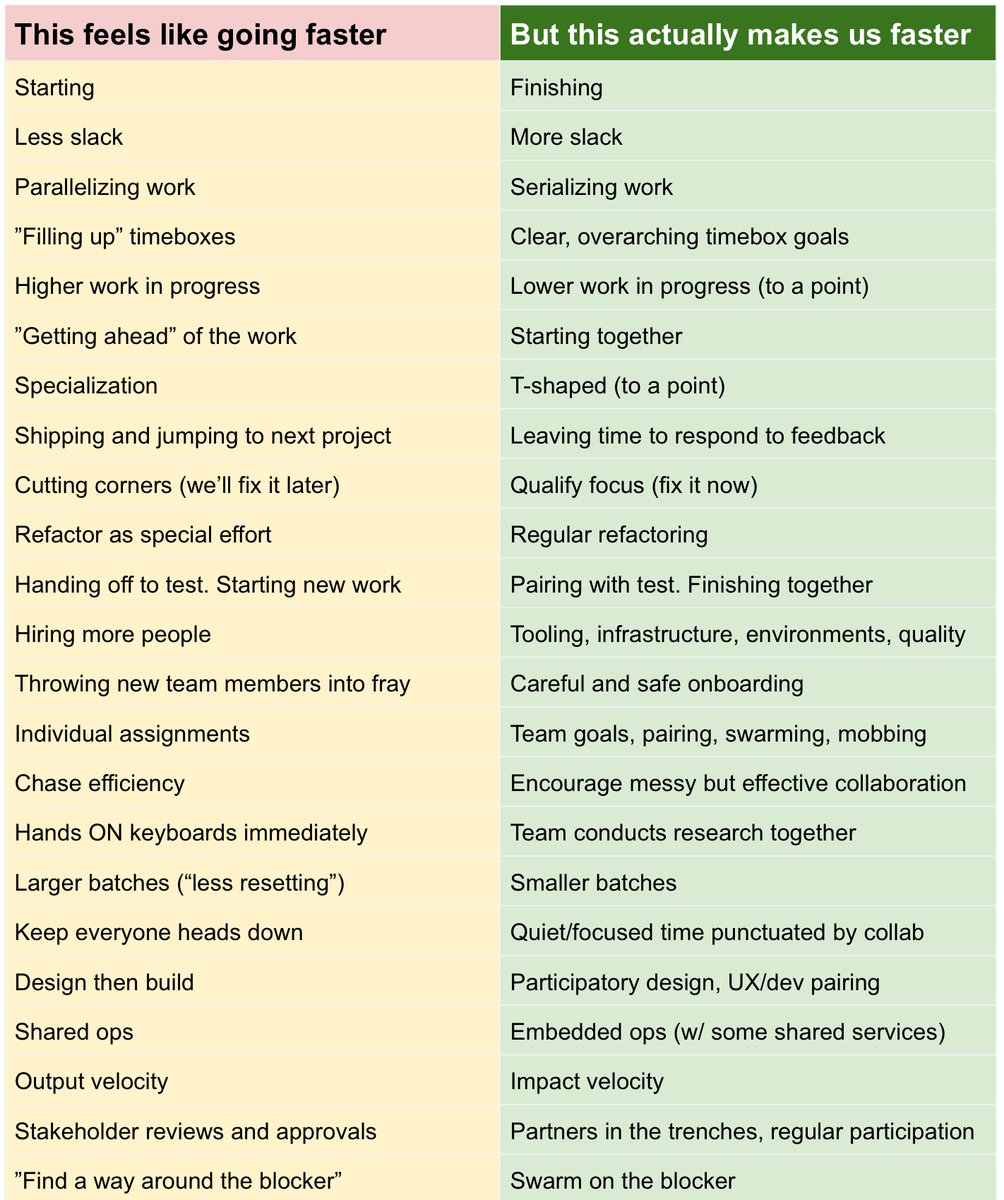 Programming is great because you can just take that huge messy chuck from the middle of your function and hide it away under a new name in a new function and feel good about how you "cleaned up" the original function by abstracting the internals.

This is exactly how I used to clean my room as a kid - I'd refactor all the junk on the floor to be under my bed. Boom - problem solved.

the enemy of tough decisions is, more often than not, a sunk cost.

a critical superpower in #TheMessyMiddle is being able to cut a loss rather than carry it as a subconscious debt.

I just figured out how to remove the stigma of remote workers. I now describe myself as a Cloud Native Employee.

TUESDAY. The day you realize that nothing can stop you, because you are a MAGIC SKELETON packed with MEAT and animated with ELECTRICITY and IMAGINATION. You have a cave in your face full of sharp bones and five tentacles at the end of each arm. YOU CAN DO ANYTHING, MAGIC SKELETON

Q: Why Do Keynote Speakers Keep Suggesting That Improving Security Is Possible? "A: Because Keynote Speakers Make Bad Life Decisions and Are Poor Role Models." Fantastic keynote by James Mickens, funny but also tackles serious topics like algorithmic bias, IoT security, and tech's Manifest Destiny. I watched it twice, it's that good. 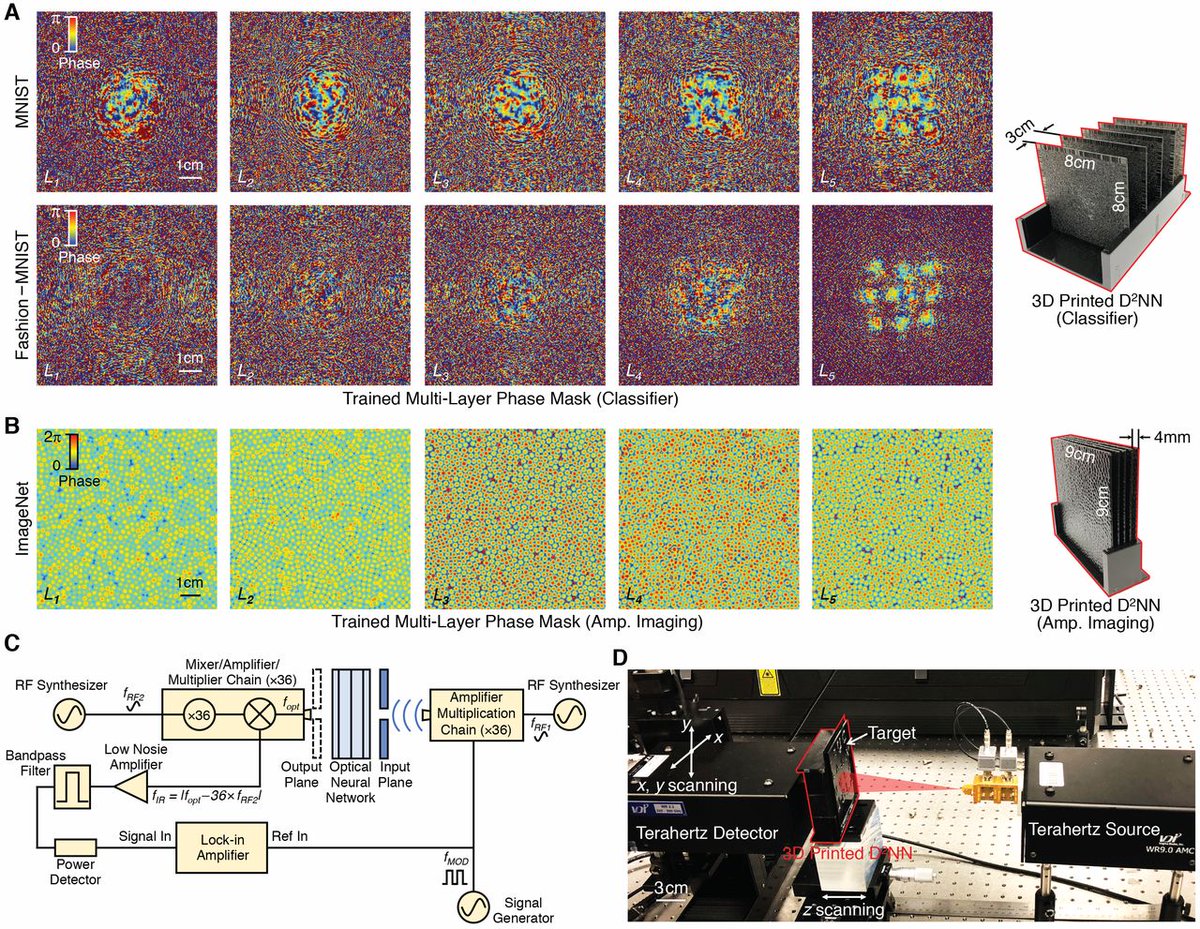 For people to have trust in their vote being counted, the voting machine needs to be understandable by everyone, not just software engineers specializing in cryptography.

A counting room full of people counting paper ballots is a machine, and it's a transparent machine where everyone inside it and outside of it can understand how it works, and trust that it's working properly.

But the biggest argument against electronic voting is that you're not solving any problems, you're just adding problems and decreasing the trust in the elections massively. And for what? To get election results a few hours faster? That's ridiculous.

Google Tracks You Even If Location History's Off. Here's How to Stop It FYI If you're using Google apps, Android or iOS, turning off Location History does not actually turn of location history. What a shocker that Google UI would make it difficult to stop Google from collecting your data. Article has more info on where to find the real setting.

Momma Meets World Something many of us can relate to:

Hello, I’ve finished my free trial of adulting and I’m no longer interested. I’d like to cancel my subscription. Is there a manager I can speak to?

Brooke Pryor I feel like proper use of the Oxford comma is something to discuss before moving in together: 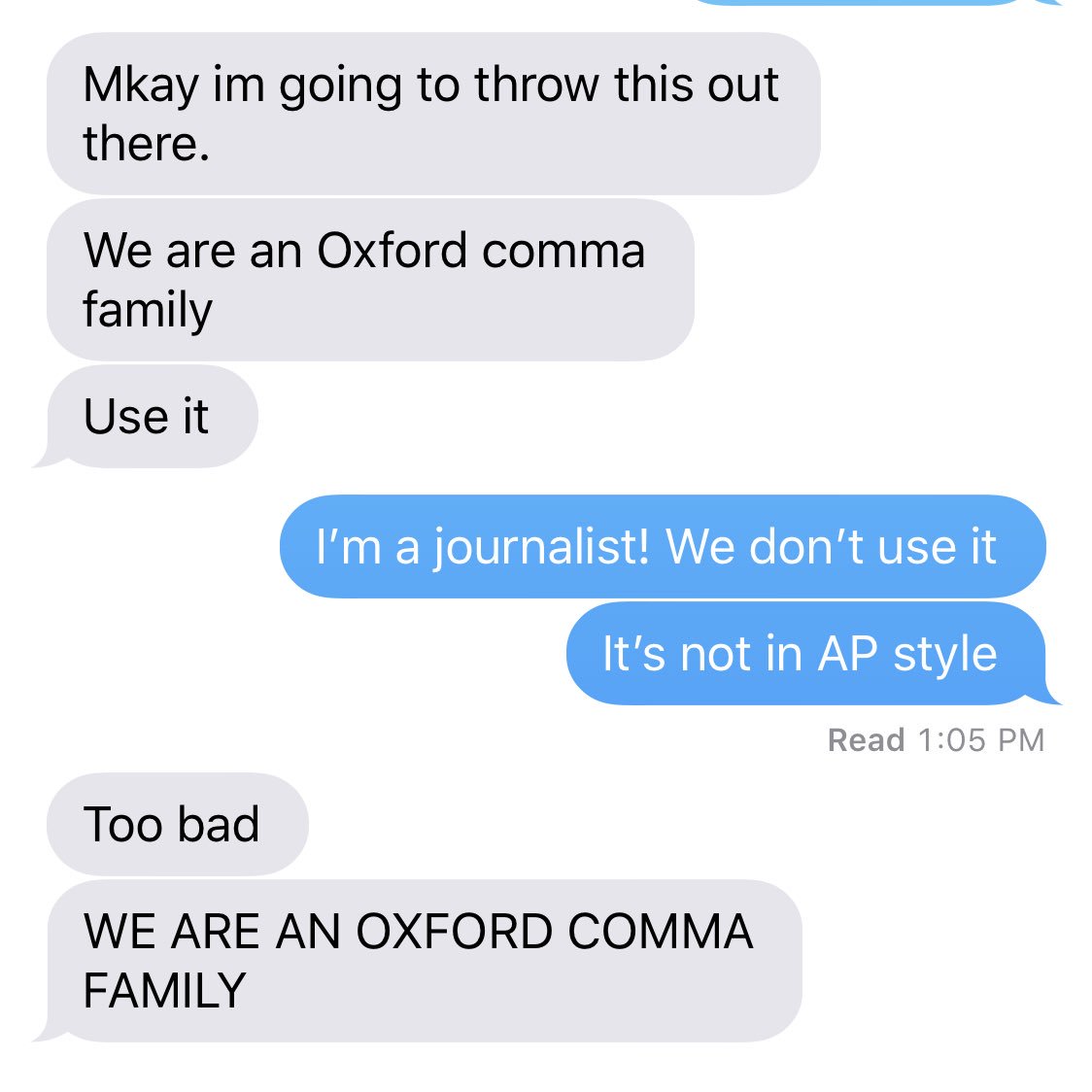 Goth Ms. Frizzle "today I learned that goats who won't stop head butting have to wear pool noodles and it feels like information I should share" 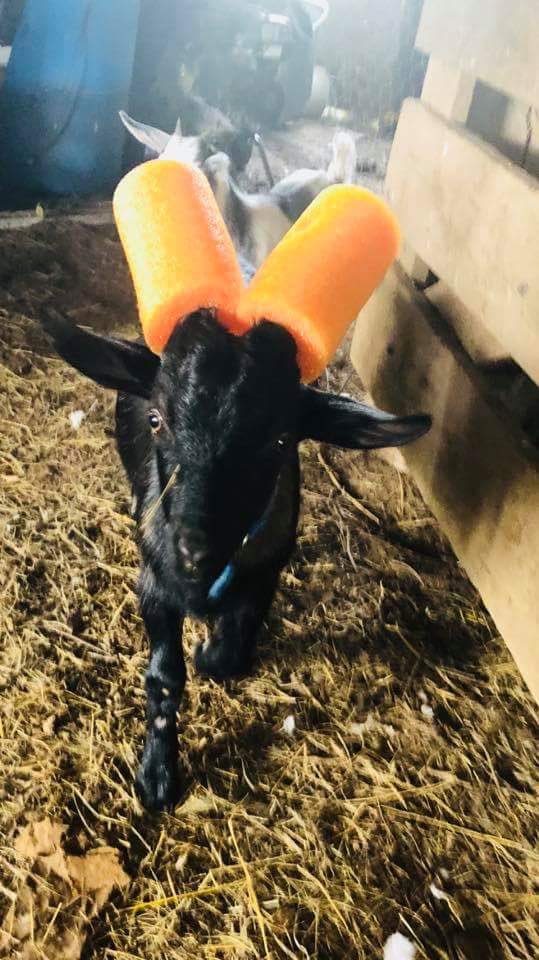 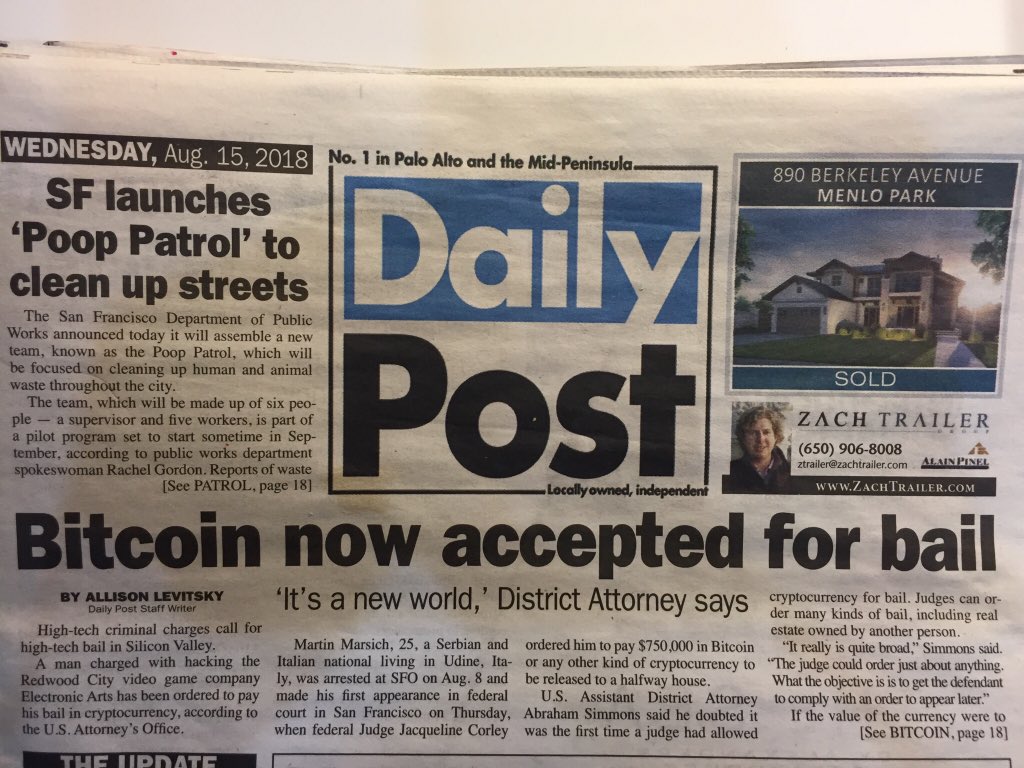 Silicon Valley expects you to start a company by finding a problem you have yourself, solving it, and it being a problem for others.

But Amazon’s story was basically, “I did the math on this new thing’s growth, then systematically found the ideal product to play into it.”

The Political Education of Silicon Valley "How the anti-government tech-libertarianism of John Perry Barlow gave way to enthusiasm for wealth redistribution and a Berniecrat named Ro Khanna."