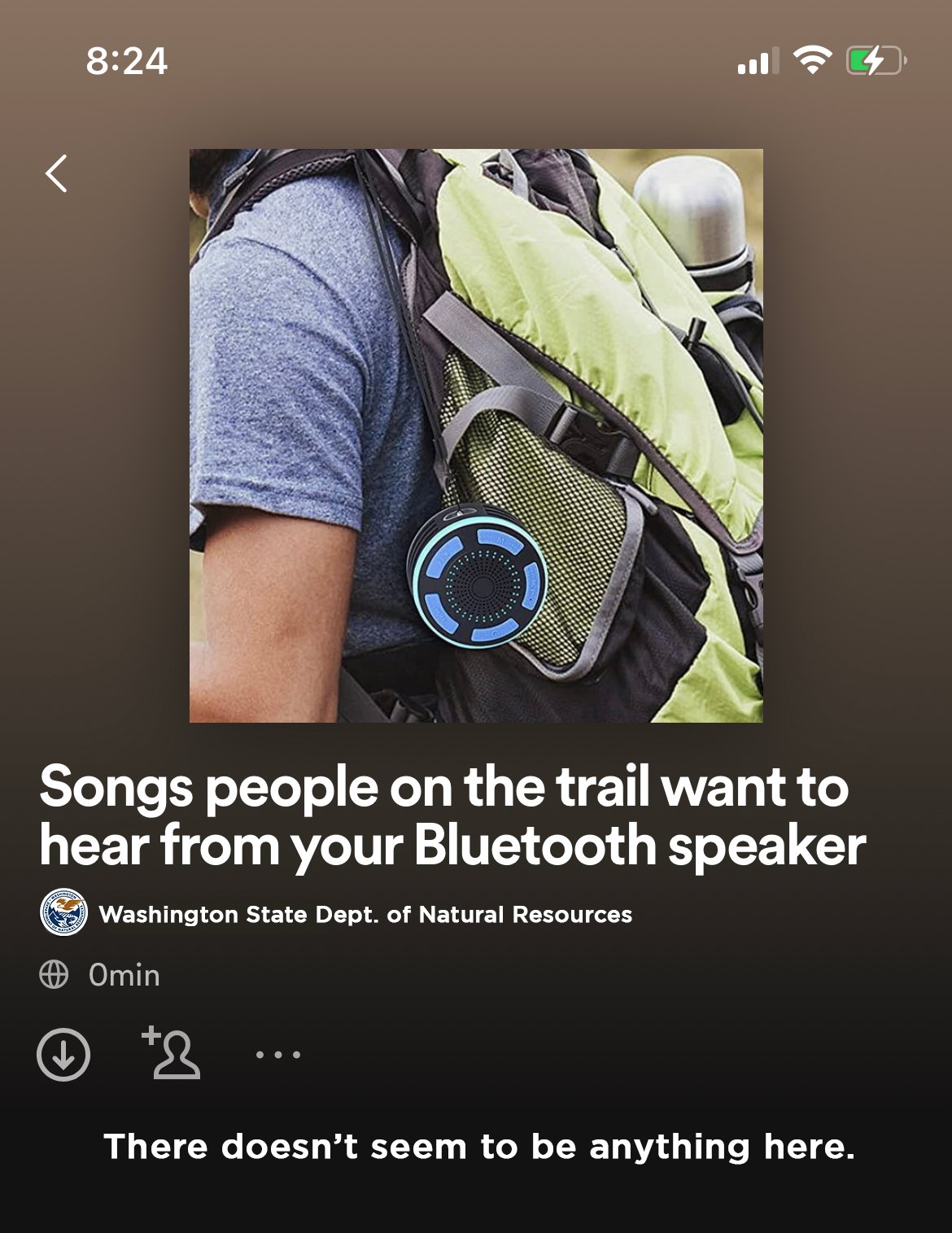 Washington State Dept. of Natural Resources A playlist for your weekend hike

Ever notice how a simple bug fix somehow takes hours if you start it Friday afternoon? It's actually a tribute we all make to Freyja on her day. It's a curse that started as a way to force us to share her annoyance at her husband, the god Óðr (who's apparently kind of a jerk).

Mintlify “is a continuous documentation platform to maintain quality documentation as you scale” and Swimm “keeps development smooth with smart docs that are always synced with your code.”

Two products that could help you keep docs synchronized with the code. If you have a good experience with either one, let me know.

I have complicated feelings about TDD I don't. I feel TDD's biggest win is getting some people speaker engagements at developer conferences.

Creating software through a pinhole — this is how TDD works in practice — leads to worse architecture and UX design. This doesn't mean testing is bad, but specific to TDD. And speaking of, what matters most is the impact on users — not code coverage — so focus on where the critical bugs are, not the code that's easier to test.

Are these necessarily bad? No. Can they bad? Yes! Sometimes large functions make for better abstractions and small functions lead to confusing behavior graphs. Sometimes dependency injection makes code a lot more complex and hard to understand. Sometimes large public APIs tightens module coupling by encouraging reuse of “implementation objects”. If TDD is at odds with your organization, *sometimes the TDD is wrong*.

Introducing the PlanetScale serverless driver for JavaScript An HTTP-based protocol for using MySQL from serverless apps.

Specifically for apps that run on Cloudflare Workers — also available as Netlify Edge and Vercel Edge — these are deployed on V8, so you can use any protocol as long as it's HTTP. 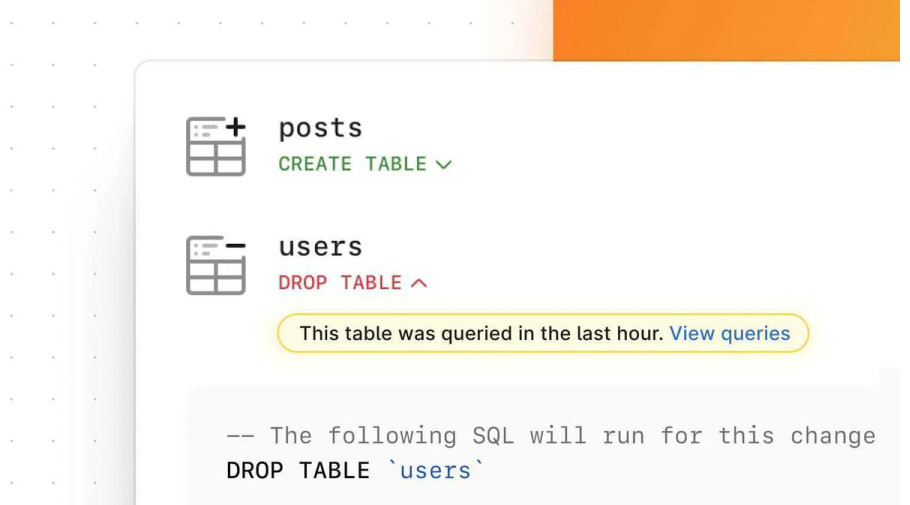 If you’re not actively debugging something in a separate window are you even really attending the meeting?

Felix Krause “Announcing InAppBrowser - see what JavaScript commands get injected when you use an in-app browser:”

However, there are data privacy & integrity issues when you use in-app browsers to visit non-first party websites, such as how Instagram and TikTok show all external websites inside their app. More importantly, those apps rarely offer an option to use a standard browser as default, instead of the in-app browser. And in some cases (like TikTok), there is no button to open the currently shown page in the default browser.

And then they discovered something extremely weird: Playing the music video on one laptop caused a laptop sitting nearby to crash, even though that other laptop wasn’t playing the video!

It turns out that the song contained one of the natural resonant frequencies for the model of 5400 rpm laptop hard drives that they and other manufacturers used.

Murf AI An AI voice generator. I've been looking at a few of these recently, not recommending anyone in particular. What I like is the website — the "see it in action" section shows different user personas, each one tells a story of how they're using the app, while demoing a different AI voice. A+ for website design.

Comtura Also an AI app, this one for adding notes in your CRM*. Also delightful marketing copy — choose your dyno persona.

(* notes are the soul-crunching feature in every CRM) 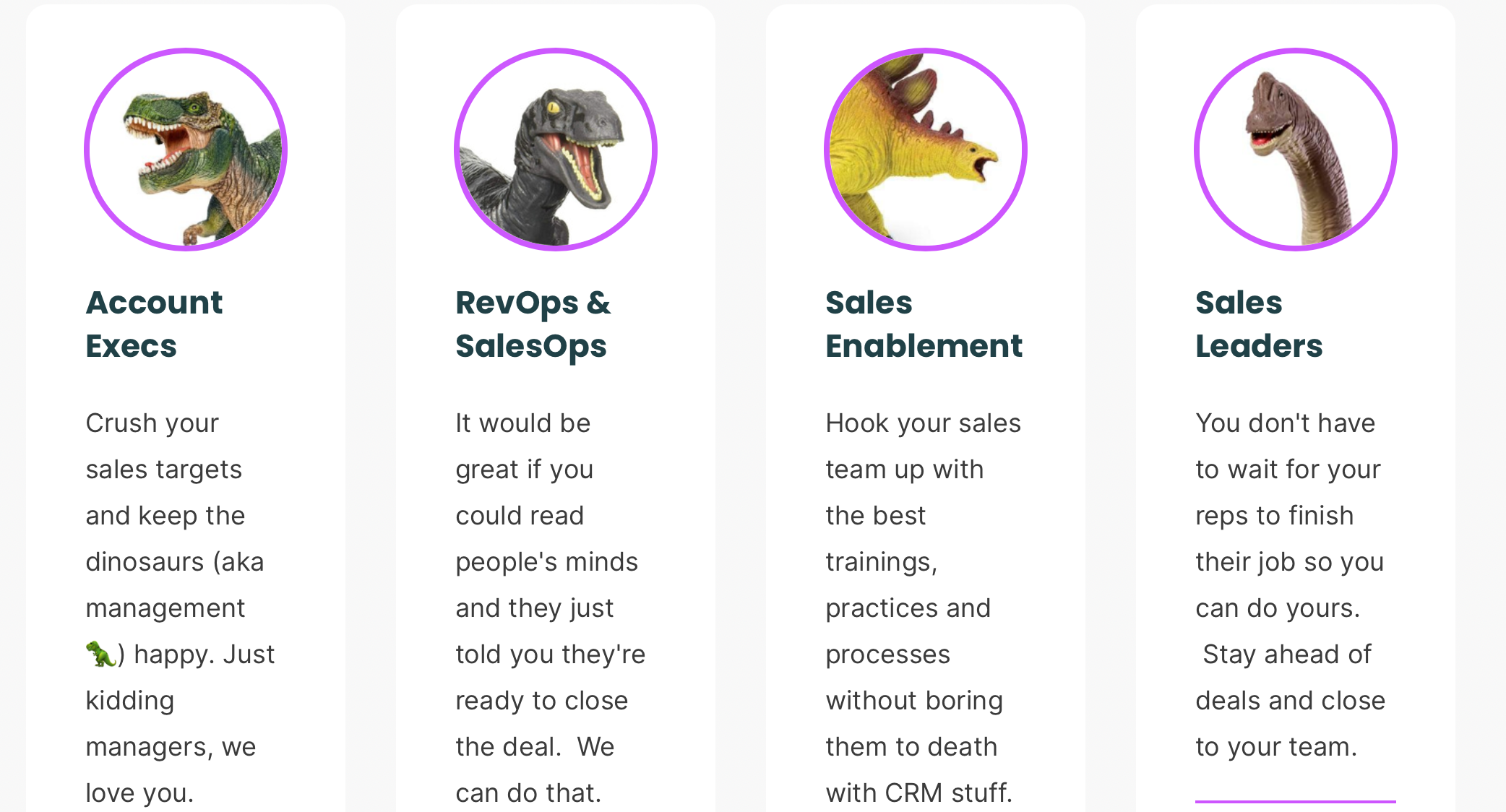 Alvish “I always try to reduce the length of a form by combining related info. And when you combine them with one label, the tooltip helps.” 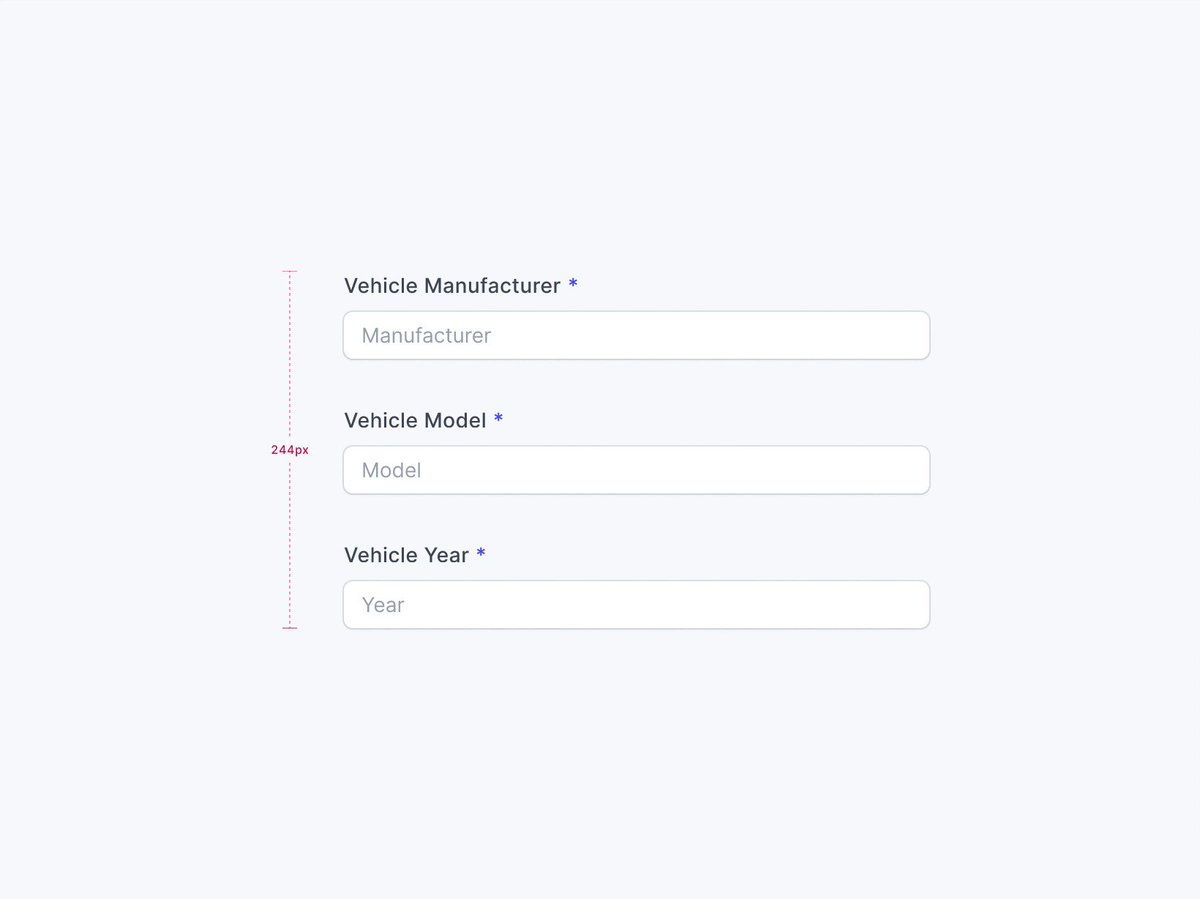 Physical buttons outperform touchscreens in new cars, test finds The article drives toward the conclusion that touchscreens are a safety regression. (bad pun all mine)

I think what they found out is that a) fewer constraints lead to a worse UI, and b) new tech needs time to mature.

Physical buttons are a constraint: you only get so many, and less choice makes for a simpler UI.

Also, with physical buttons, you can't roll out UI changes after you ship the car. You have to choose carefully, and so you'll choose a design that withstood the test of time.

Software gives you more room to experiment, but also make mistakes trying new designs that initially are going to be worse off.

Reminds me of 2007: Blackberry is the better smartphone, it has physical keys, and no one could figure out how to make a decent touchscreen device. We know how that turned out … 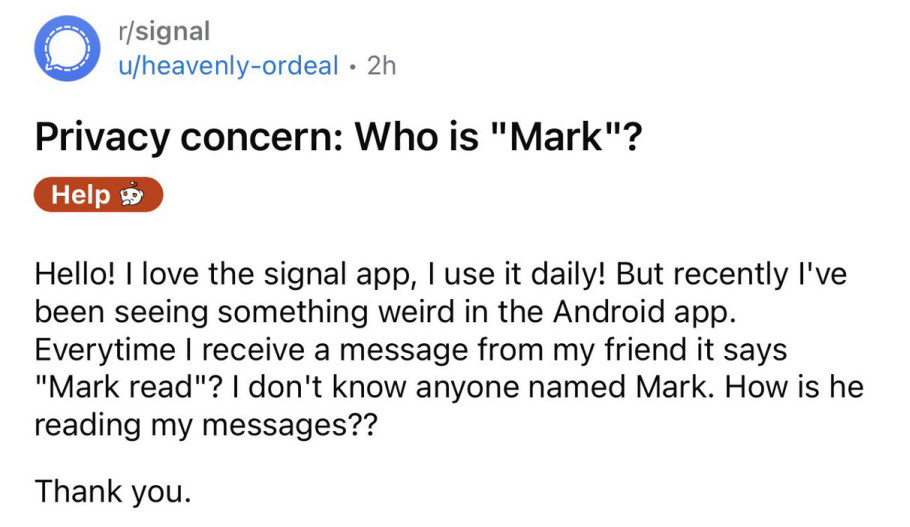 The Product Culture Shift Adding product management doesn't make for better products if you don't have the right culture. This article is about infrastructure teams, but any team struggling to build products would benefit from reading it:

You need to update your systems of recognition and reward. If you only promote people who solve big technical problems, you’re going to have a hard time retaining the people who do the work to smooth out the usability edges, actively listen to the customer teams, and adjust their work priorities to fix the stuff that is causing the most pain. So look closely at what you are celebrating, paying, and promoting, and make sure you are including work that makes the product better whatever that looks like, even if it isn’t the hardest technical bits. 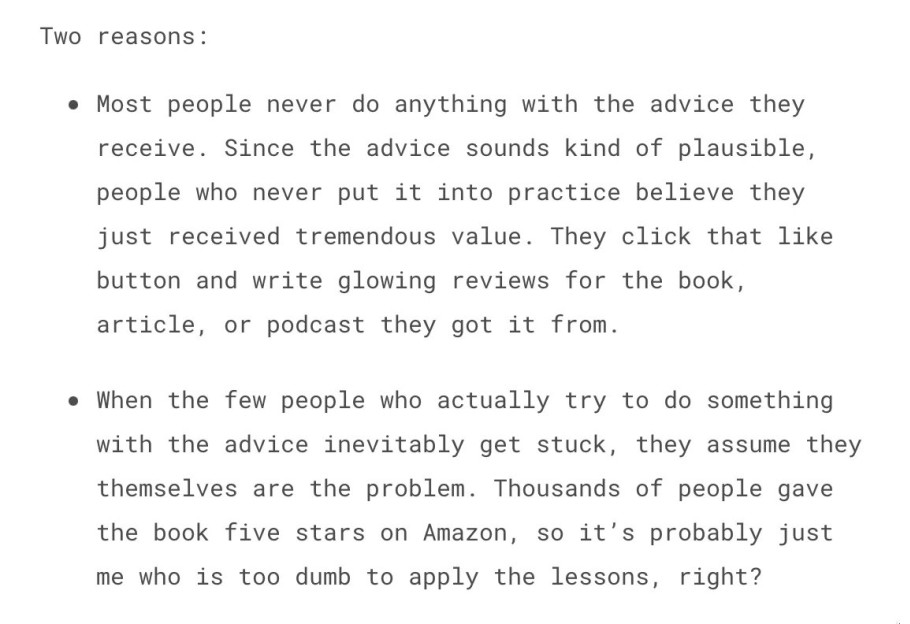 Strategy is when you have a bunch of important meetings where you talk about stuff you'd like to do in theory, which you then completely ignore so you can react quickly and do whatever random people ask you to do every day.

I replaced all our blog thumbnails using DALL·E 2 for $45: here’s what I learned

Blog posts with images get 2.3x more engagement. Here’s the problem - we make a query engine for streaming tables. How the heck are you supposed to pick images for technical topics like comparing the similarities between Deephaven and Materalize, viewing pandas DataFrames, gRPC tooling for getting data streams to the browser, using Kafka with Parquet for storage, or using Redpanda for streaming analytics?

The VC slowdown is happening faster for AI startups “In Q2, VC investment in AI fell by 44%, while overall funding fell by 25%.” — how long before we see true Artificial General Intelligence? That all depends on subscription revenue from product recommendation engines and customer support chatbots.

No Context Brits “None of that foreign rain.” 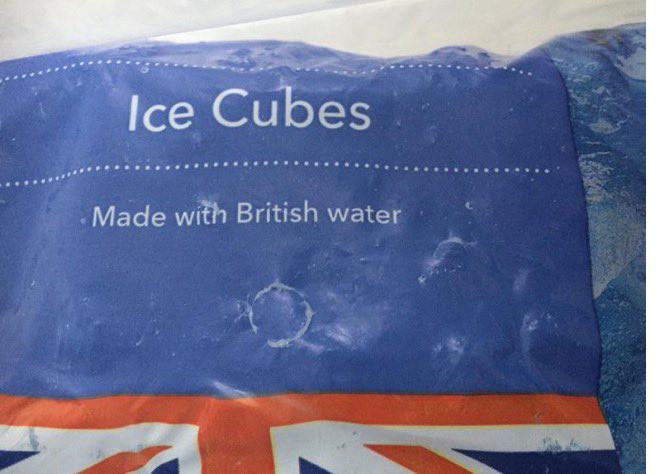 SCAM ALERT: do not accept a ring of power as a gift, for another ring was made, forged in secret, a master ring to control all others

Once you’ve read the “Helpful” reviews, if you want to be really bulletproof, scan the three- and four-stars too. Five-stars are invariably gushing, over-zealous — grade inflation is a plague on our world — and one-stars must surely be soured by something extraneous to the text: toothache, a messy divorce, an unpublished manuscript on the subject in their own bottom drawer. Two-stars, meanwhile, just don’t convince — why would anyone feel motivated to express such a thoroughly “meh” assessment at all?

The midfield generals are where the sober judgement is to be found. 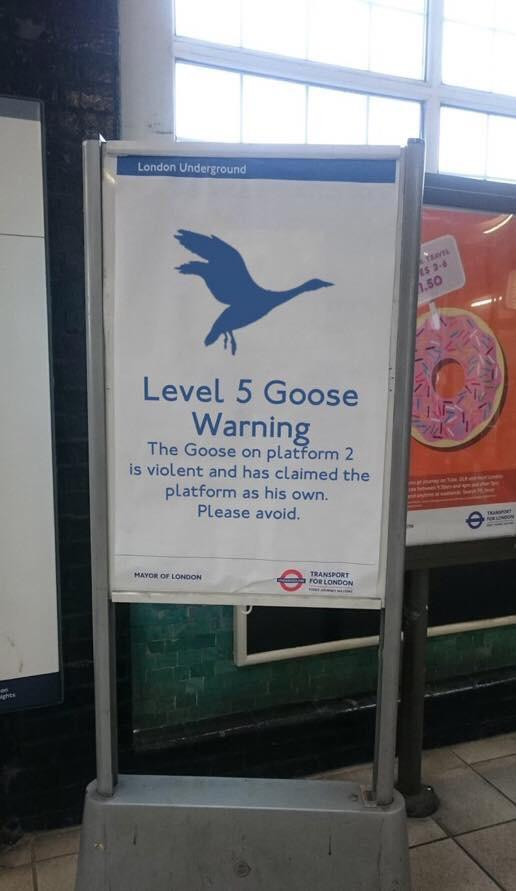 Buying journals and writing in journals are two separate hobbies

Patrick Collison Anecdotally I would confirm this works for back pain and wrist RSI and recovering from broken bones. Although the reviews on the specific book suggest it's too busy selling a cure-all to be bothered by science:

Another person just told me that they had their RSI cured by Sarno's techniques: Healing Back Pain: The Mind-Body Connection. While it sounds like preposterous woo, it has worked in 4/4 cases of people I personally know trying it. (One account: How I Cured my RSI Pain.)

There is a curious phenomenon that results from the relatively brief window of time a single human lifetime provides: we perceive the current state of the natural world as “normal”.

This is known as the Shifting Baseline Syndrome. 🧵 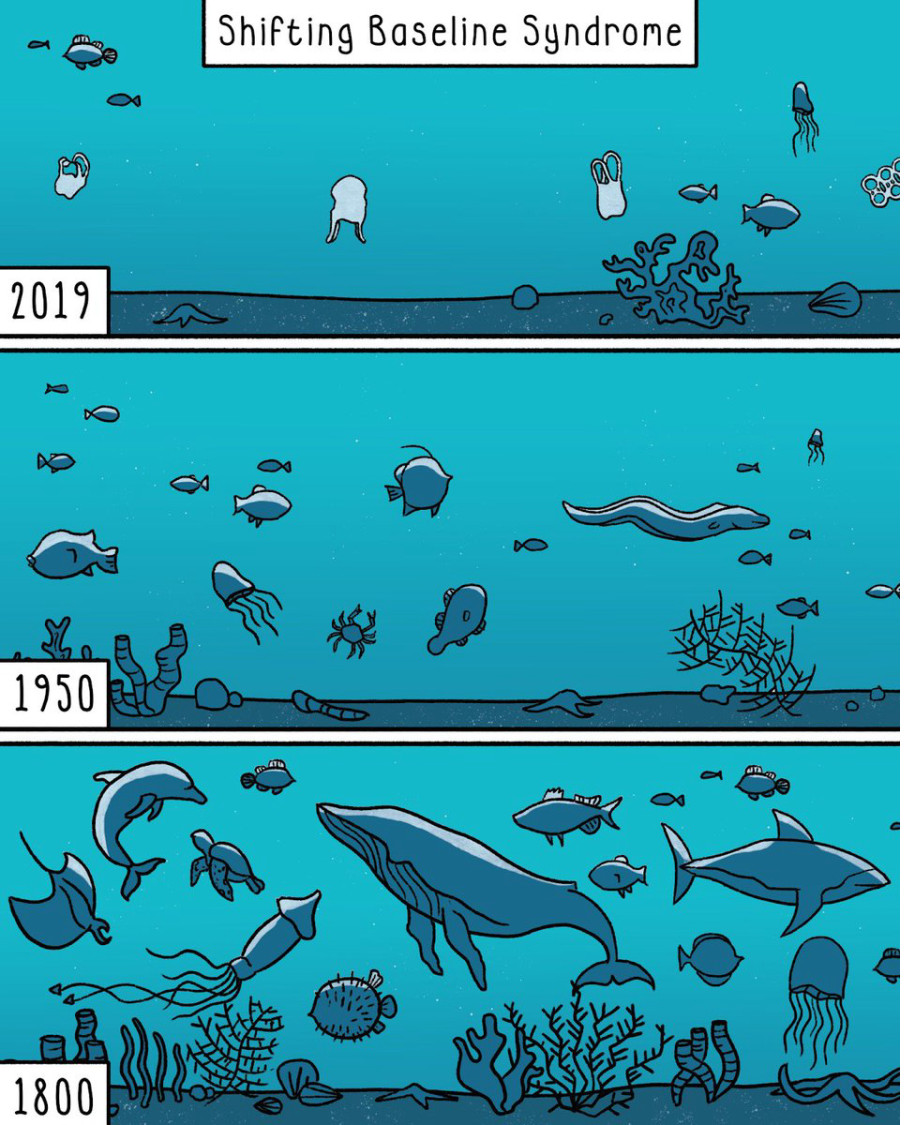 Teens, Social Media and Technology 2022 Basically, video is winning over teens, Facebook and Twitter are cringe, and did Tumblr even stood a chance?

YouTube tops the 2022 teen online landscape among the platforms covered in the Center’s new survey, as it is used by 95% of teens. TikTok is next on the list of platforms that were asked about in this survey (67%), followed by Instagram and Snapchat, which are both used by about six-in-ten teens. After those platforms come Facebook with 32% and smaller shares who use Twitter, Twitch, WhatsApp, Reddit and Tumblr.1

Moose “Be the chaos you wish to see in the world:” 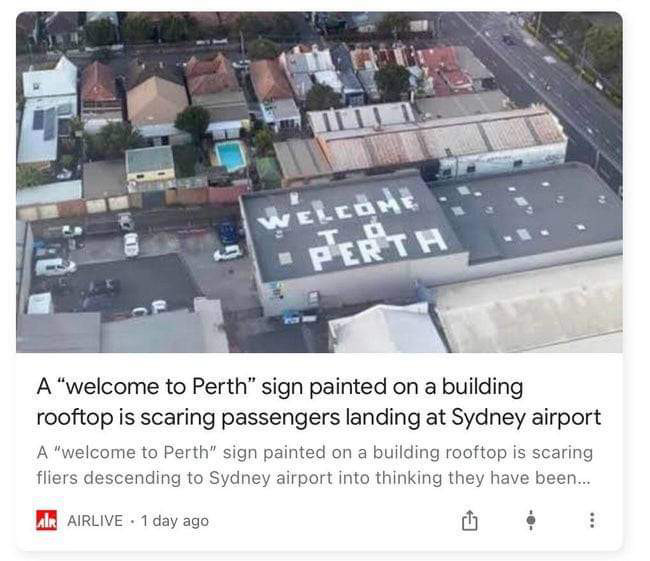