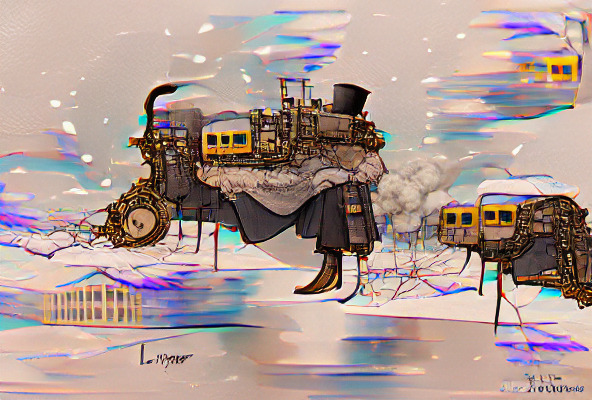 Kids who grew up with search engines could change STEM education forever Another generational divide:

Gradually, Garland came to the same realization that many of her fellow educators have reached in the past four years: the concept of file folders and directories, essential to previous generations’ understanding of computers, is gibberish to many modern students.

I agree. Folders are an old constraint that needs to retire. How many documents fit precisely in one specific place? Tagging wasn't much better (remember Web 2.0?) Laundry baskets for all:

“The most intuitive thing would be the laundry basket where you have everything kind of together, and you’re just kind of pulling out what you need at any given time,” he says, attempting to describe his mental model.

Building Dispo The behind the scenes of launching a product quickly. Encyclopedia of note taking apps No ads, only screenshots, feature lists, and pricing. Do you get more productive every time you switch to a new note-taking app? This site could help you stay productive indefinitely.

Motion One Small and fast animation library: “It's built on the Web Animations API, so it can run some animations off the main JavaScript thread. These animations will remain smooth even while your website is busy rendering or processing.”

shawn swyx wang “The @tailwindcss space-x utility is the best thing to happen to CSS Layout since Grid, dont sleep on it” (older browsers don’t all support gap)

Introducing Partytown 🎉: Run Third-Party Scripts From a Web Worker Allows you to use 3rd party scripts (analytics, A/B testing, etc) but isolates them, so they don't slow down your app. Partytown uses an interesting combination of techniques, some newer — Web Workers, JS proxies — and some much older … remember synchronous XHR?

Partytown's philosophy is that the main thread should be dedicated to your code, and any scripts that are not required to be in the critical path should be moved to a web worker. Main thread performance is, without question, more important than web worker thread performance. See the example page and test pages for some live demos. 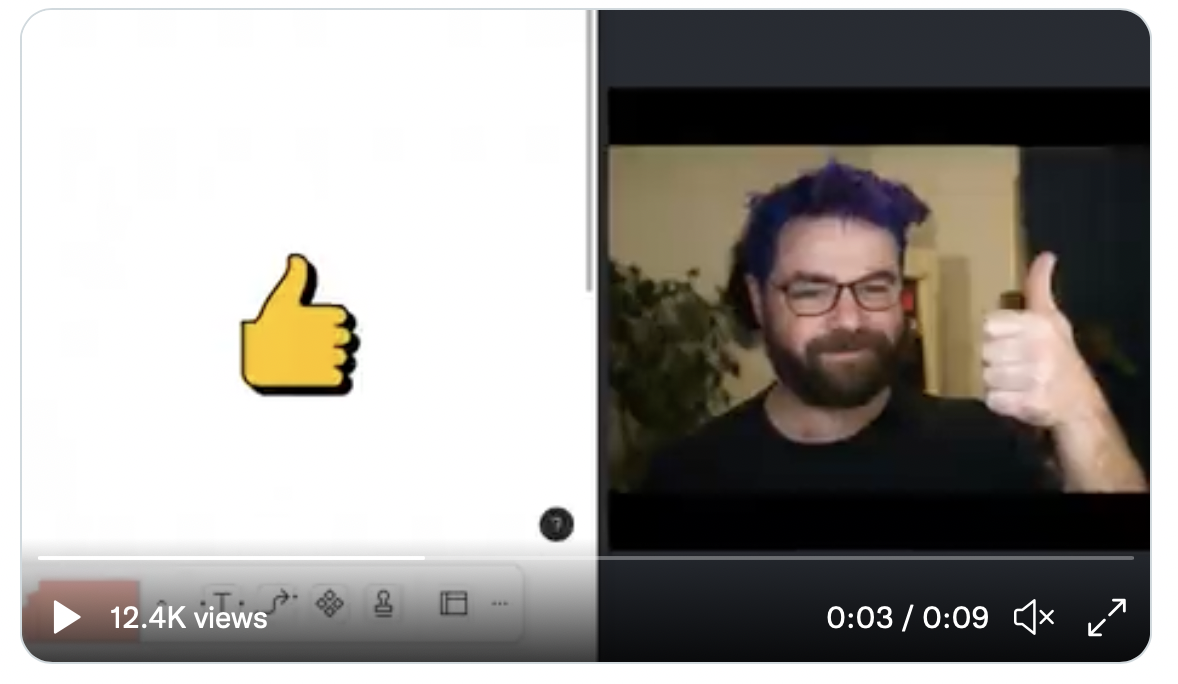 Relating Natural Language Aptitude to Individual Differences in Learning Programming Languages TL;DR There's a learning gap and you can measure it:

As expected, large individual differences were observed in each of the Python learning outcomes. For example, the fastest learner moved through the lessons two-and-a-half times as quickly as did the slowest learner.

When it comes to learning software development, language skills are more important than math:

Contrary to widely held stereotypes, the “computer whisperers” investigated herein were facile problem solvers with a high aptitude for natural languages. Although numeracy was a reliable predictor of programming aptitude, it was far from the most significant predictor.

And also, we need to revisit how we write about and teach software development:

We argue, as have others before us that both educational and engineering practices have proceeded without this critical knowledge about why, and for whom, learning to program is difficult. What is “Seeing The Matrix” For A Product Leader? Realizations that get product leaders to see challenges and opportunities in a new light. For example:

That a prototype is worth a hundred meetings, and almost all product meetings that aren’t grounded with a prototype are a waste of time (or worse). … A prototype immediately surfaces gaps in logic or business concerns. It is the fastest way to drive alignment.

Shreyas Doshi A thread on staffing the project with more people:

Since time immemorial, when a CEO asks a PM at Product Review, “what do you need to 10X users/revenue?”, “what will make you go faster?”, etc the PM steadfastly responds “We need [N] more engineers”. The Eng Mgr nods approvingly. 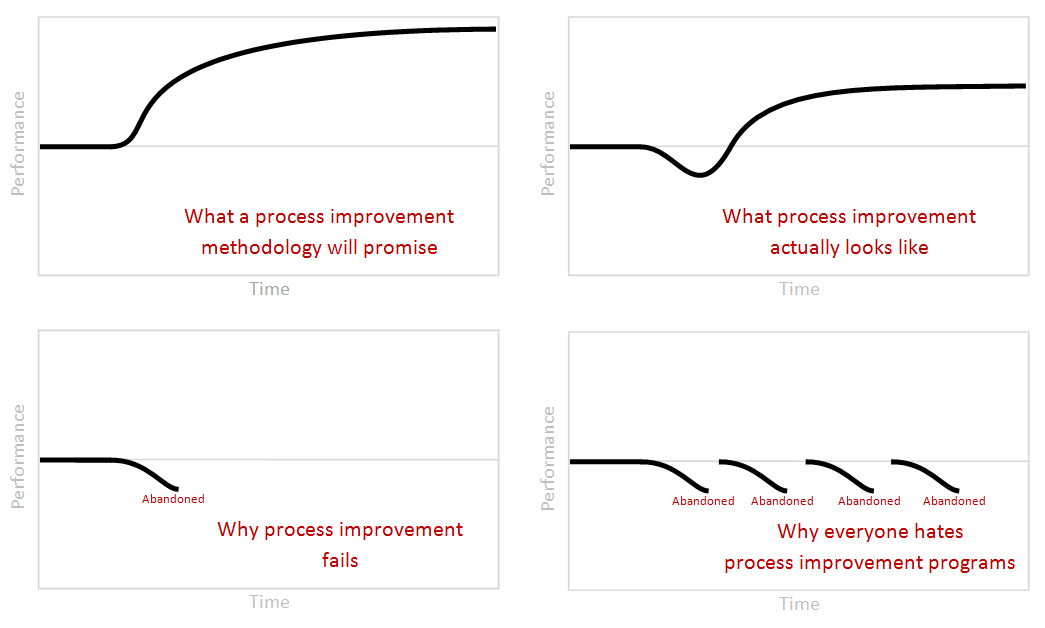 SaaS margins are terrible. Sammy is the Managing Director and… On the one hand, serving software is cheaper than physical products, services, etc. On the other hand, there's R&D …

The table has 42 publicly traded SaaS companies with median revenue of $180mm meaning they’re well past the startup stage and margins should benefit from their scale and maturity. However, even though they’re past the high burn growth stage, the median operating margin is -21% as 32 of the 42 companies generate operating losses.

Transcript of Rob Monster's live Q&A following the Epik breach Acquire a company. Don't look at their code but use it anyway. What could go wrong?

When this breach occurred, I think for many of our top engineers this was the first time they saw the code …
We acquired a company, they were protective of the code …
The code base that the Russians were totally safeguarding, they wouldn’t give our new engineers access to the git, now we know why: the code sucked. …
I think quite candidly that was some serious weak code, like hard-coding API keys… just weak sauce.

The NSA and CIA Use Ad Blockers Because Online Advertising Is So Dangerous “It turns out, the NSA, CIA, and other agencies in the U.S. Intelligence Community (IC) are also blocking ads potentially for the same sorts of reasons.”

Microsoft uncovers giant Phishing-as-a-Service operation Complete with built-in hosting, email-sending, a store where you can buy email templates, and tutorials. This is not a product endorsement, but alarming how cybercrime is evolving. Of course, some things do never change:

But Microsoft researchers said they also found that the service has also been stealing from its own customers by keeping copies of all the collected credentials, which the group is believed to monetize at a later point by selling the credentials on underground markets.

So remember kids, even if you keep all your info private remember you might have a mum or dad that might dox you anyway 😂 Amplosion If you hate AMP pages, this iOS app will always open the original page in Safari. Bonus feature, every user gets a puppy!

Okay and there's one last little secret. It has a Tamagotchi-style pet dog named Lord Waffles that lives in the Settings screen named that you can play with and get items for. You ever download like a keyboard app and it's like "Okay, enable me, bye" and there's like nothing to the actual app itself? I figured, why not have a dog that lives in the app? I love how it turned out, I hired a professional pixel artist (Lux) to design the code, and he's so freaking adorable.

f*** you pay me The most perfect domain name. The Verge Explains what it's all about:

FYPM is an app for creators to review and compare brand deals: what brands are paying, what it’s like to work with them, and whether people would work with them again. It’s kind of like Yelp or Glassdoor for influencers. 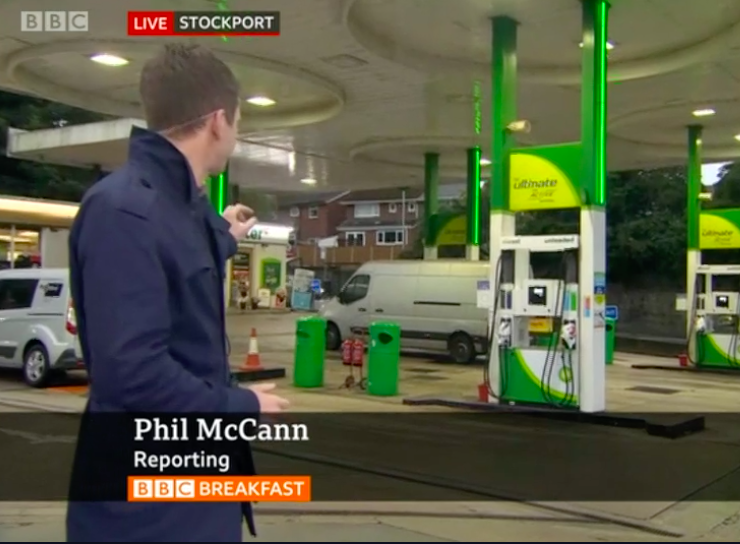