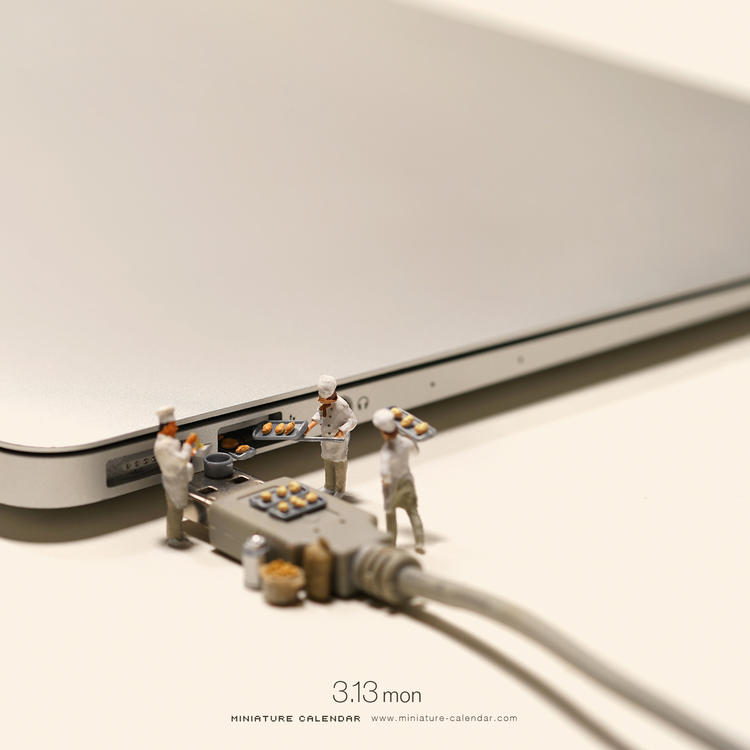 From the amazing Miniature Calendar.

This notion that "it's all just a guess until we ship to production" flies in the face of decades of research in HCI, psych, etc.

The point isn't knowing for sure, but increasing confidence as investment increases.

Deciding to ignore those opportunities to learn is reckless.

This mobile ad designed to make it look like you have a speck of dirt on your phone, making you tap on it. 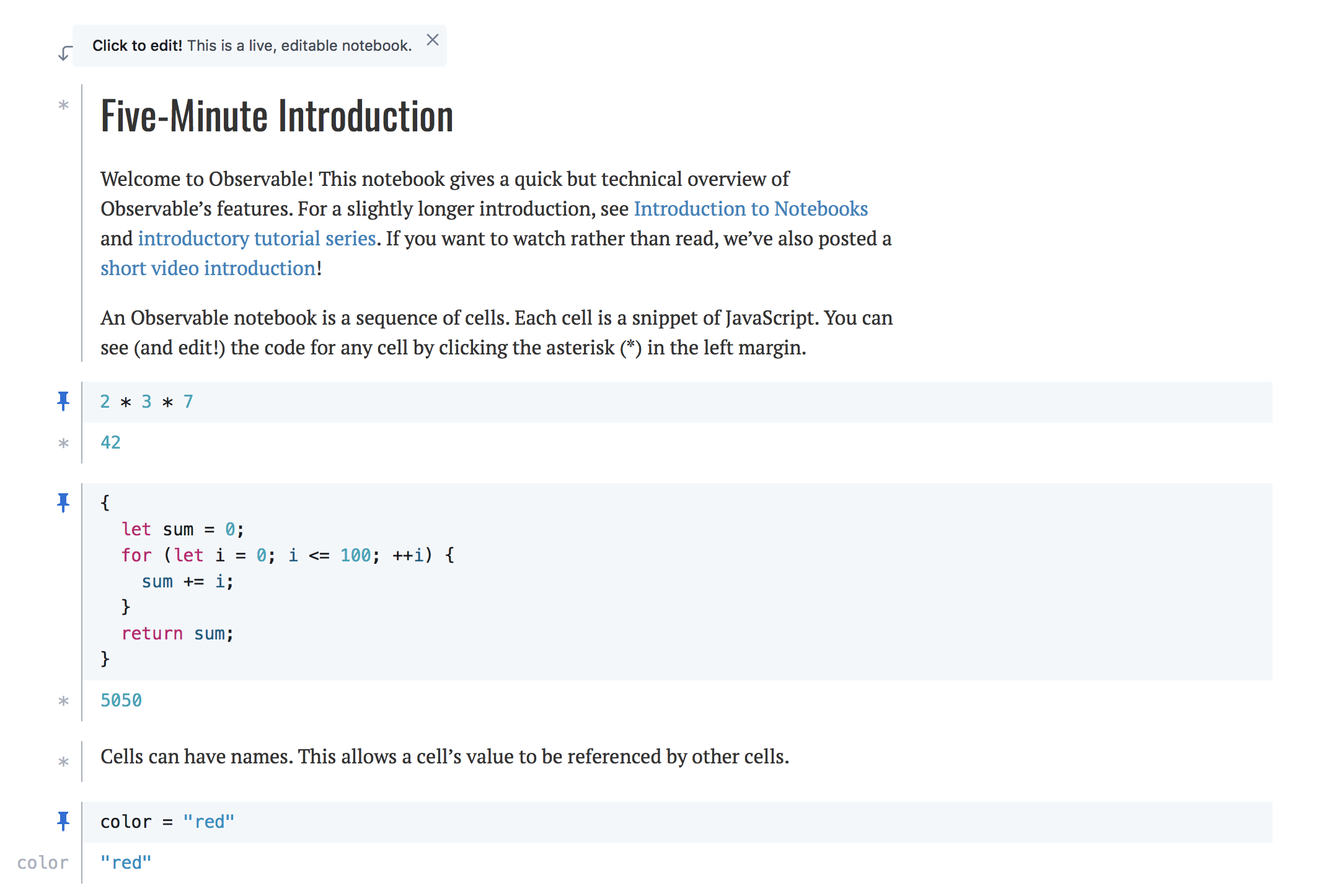 @ChromeDevTools has a copy method in the console. copy(myObj) will copy the entire myObj as json to the clipboard. 🤯 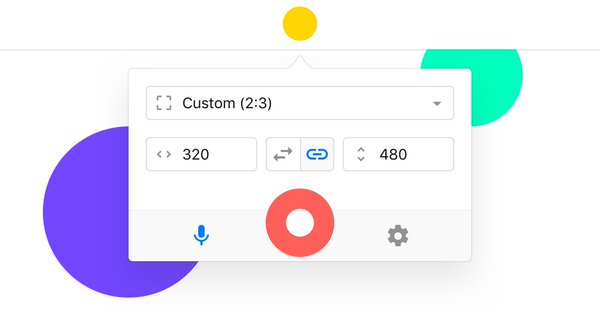 Hans Peter Luhn and the Birth of the Hashing Algorithm "In early 1953, Luhn had written an internal IBM memo in which he suggested putting information into “buckets” in order to speed up a search."

esimov/caire A content-aware image resize library, using Seam Carving, which is a pretty interesting algorithm (Wikipedia explains it quite succinctly).

Is your child texting whilst using vim?

Advice for starting web projects: think very carefully about url structure. You can change everything else later, but once someone shares a link you must support that indefinitely

XSS via a spoofed React element Watch out for this JSON-based vulnerability, not just with React:

I'd demonstrated to myself that I could cause e to have any JSON value I wanted … so it was no trick to make it into an object that had a key _isReactElement set to true … which would seem to tell the client that the object I'd created was a "valid element".

Bad news web nerds. Punxsapolyfill saw its shadow DOM today so it looks like we’re going to have 2-3 more seconds of blank screen until this page renders.

To start with, this little trick will do wonders to your code quality:

Self review: before you submit code for code review, take a ten minute break then print out the code and review it yourself. This can find up to half the errors that others would find, and it's super efficient to boot!

Developers are funny about language. We say "orthogonal" instead of "unrelated", "conflate" instead of "combine", and "algorithm" instead of "200 lines of shitty nested if statements".

Alejandro Oviedo git commit -m "look, I'm not proud of it but it works" 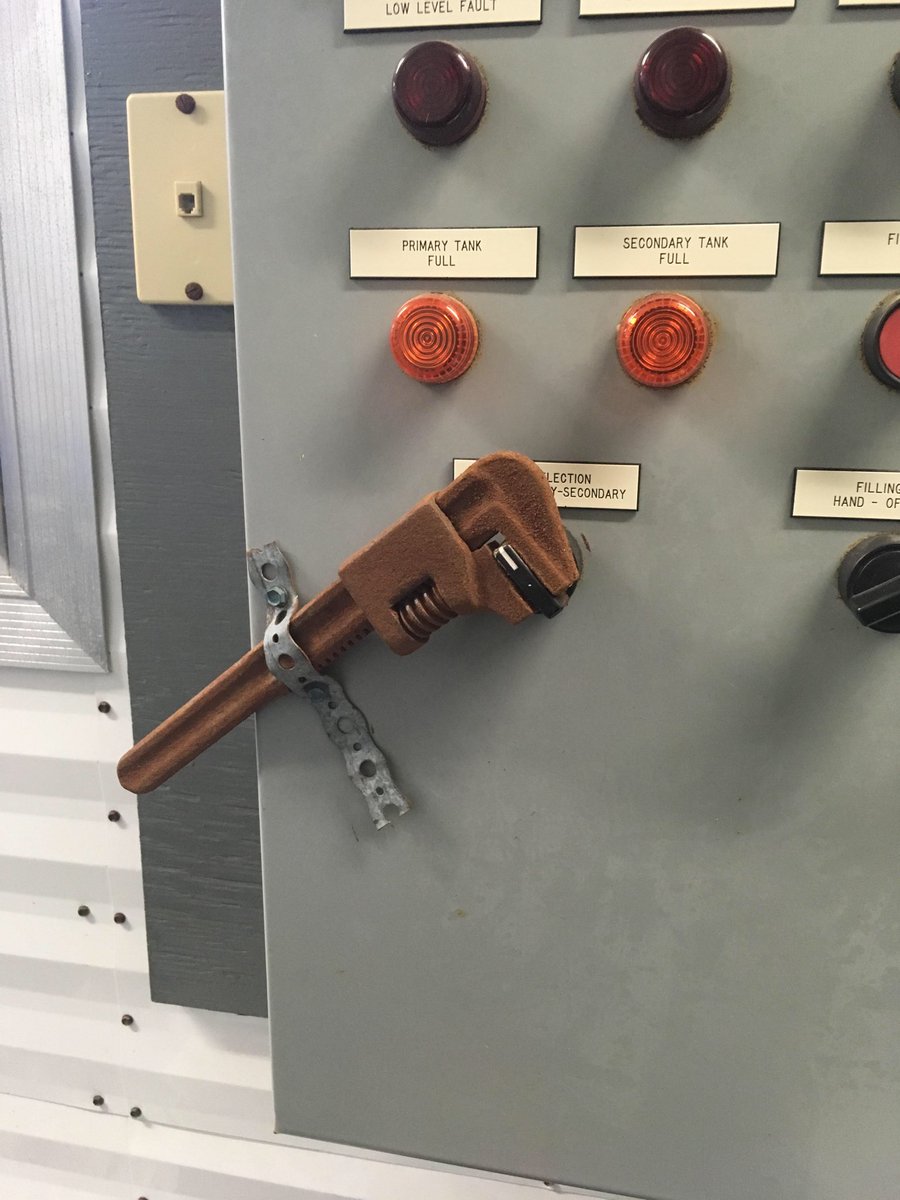 Using Postmortems to Understand Service Reliability Five questions for a postmortem, none of which are "Why?"

so, you avoid vendor lock-in by building your own. and then later realize you still have vendor lock-in, but you're the vendor, and there are no other customers. oops.

If the error message is different, you have made progress.

Let's just stop referring to interpersonal skills as "soft" skills. They are both hard work and essential. They are the bricks and mortar supporting your team and the fuel and keeps it alive.

Teaching Alexa when not to respond How does Amazon prevent Alexa from responding to TV ads.

'Fiction is outperforming reality': how YouTube's algorithm distorts truth YouTube calls it the "largest scale and most sophisticated industrial recommendation systems in existence." But without human supervision, this is what we get:

The algorithm has been found to be promoting conspiracy theories about the Las Vegas mass shooting and incentivising, through recommendations, a thriving subculture that targets children with disturbing content such as cartoons in which the British children’s character Peppa Pig eats her father or drinks bleach. 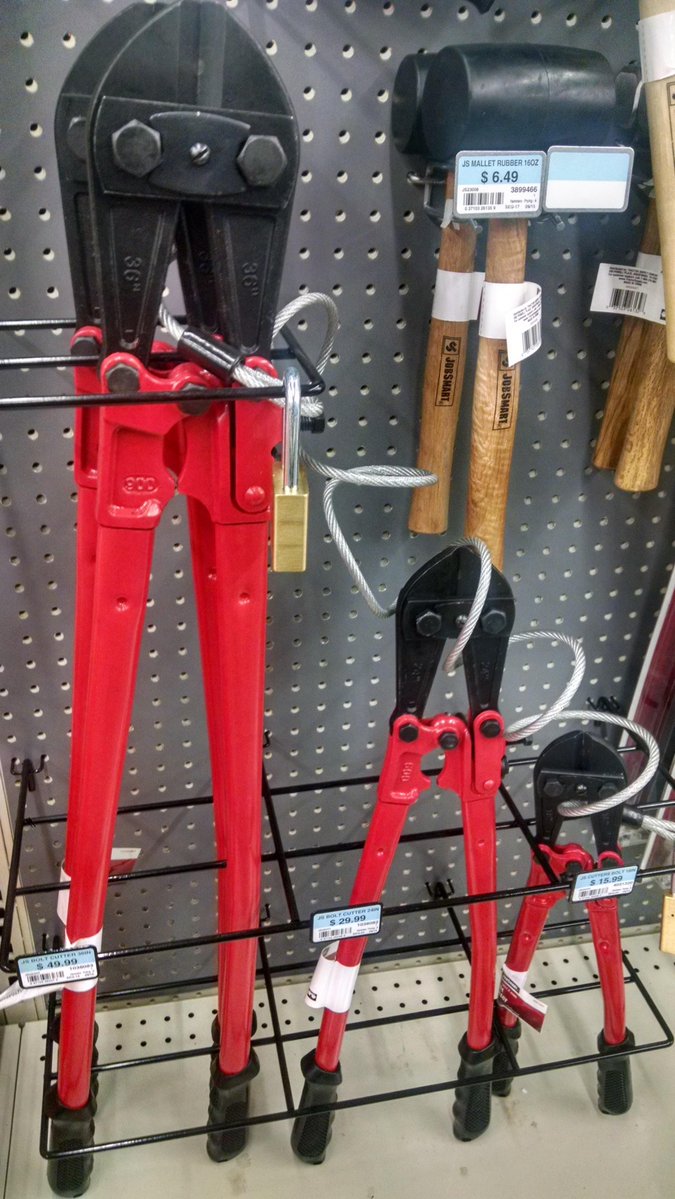 Shira Ovide A judge in a tech trial coaching jurors on Facebook privacy settings is possibly the most 2018 thing ever:

Judge Alsup in Waymo-Uber case tells jurors that they may want to change Facebook privacy settings because press might try to figure out who they are. In doing so, he delivers this classic line -- "There is something called friends of friends"

The Banana Trick and Other Acts of Self-Checkout Thievery How self-checkout lines are dealing with “external shrinkage”:

Perhaps it’s not surprising that some people steal from machines more readily than from human cashiers. 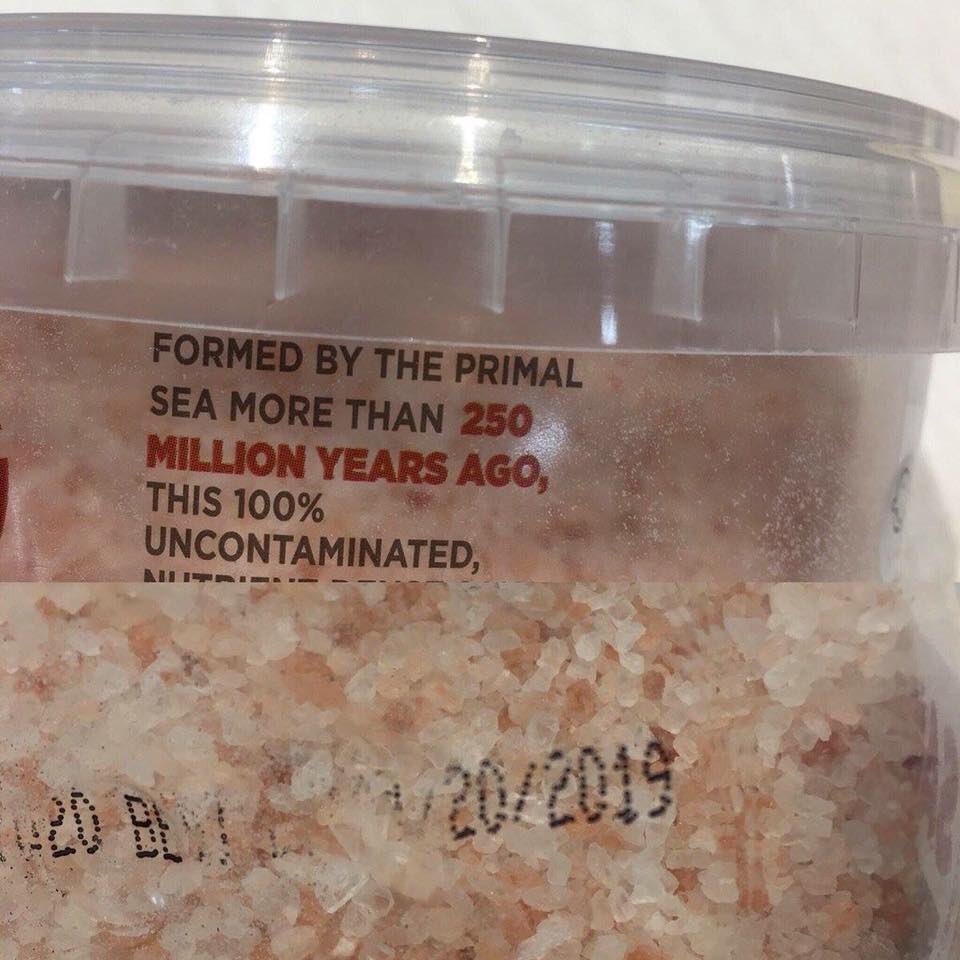 When you compare the size of a gummy worm versus a gummy bear, it starts to paint a horrific picture of the gummy universe.

Today's lesson about asking the right question to get meaningful data, brought to you by a 4 year old:

Me: Should I put a banana in your lunch today?
Him: Sure! They are healthy & I'm supposed to bring healthy food.
Me: Will you eat it?
Him: Definitely not. I don't like bananas. 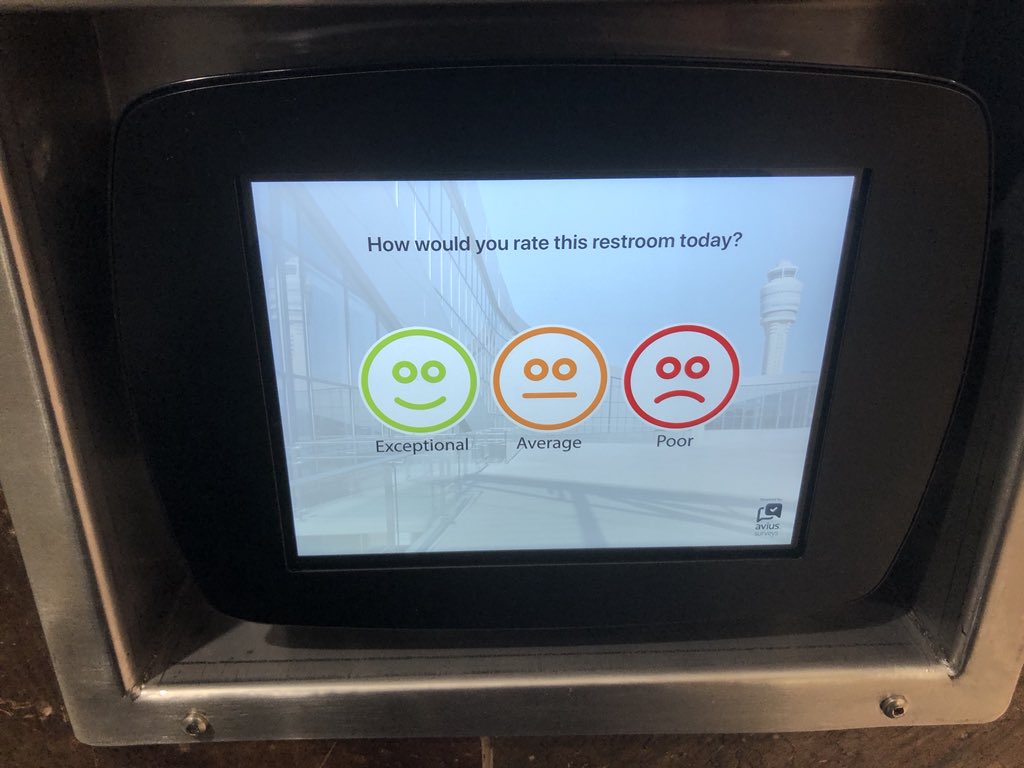 Bitcoin is a decentralised currency that is backed by energy that is harvested from traffic on the world wide web, or internet. 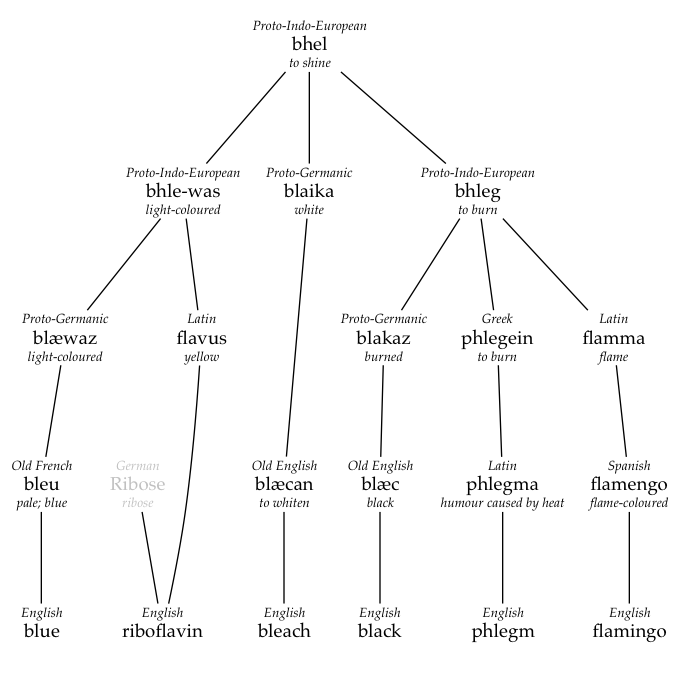