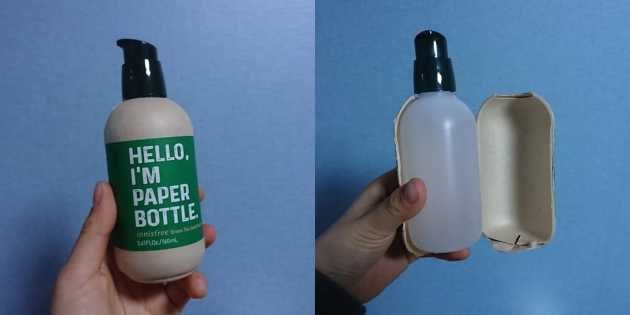 Could this bring back the computing aesthetic of personalized MySpace pages and Geocities sites all over again? No?? ...maybe? Well, either way, I'm happy to share a tool for people to experiment once again.

Clerk User management for Jamstack. Basically all the stuff you don’t want to implement (sign up/sign in, profile page, etc) wrapped up in easy to use React/jQuery components. 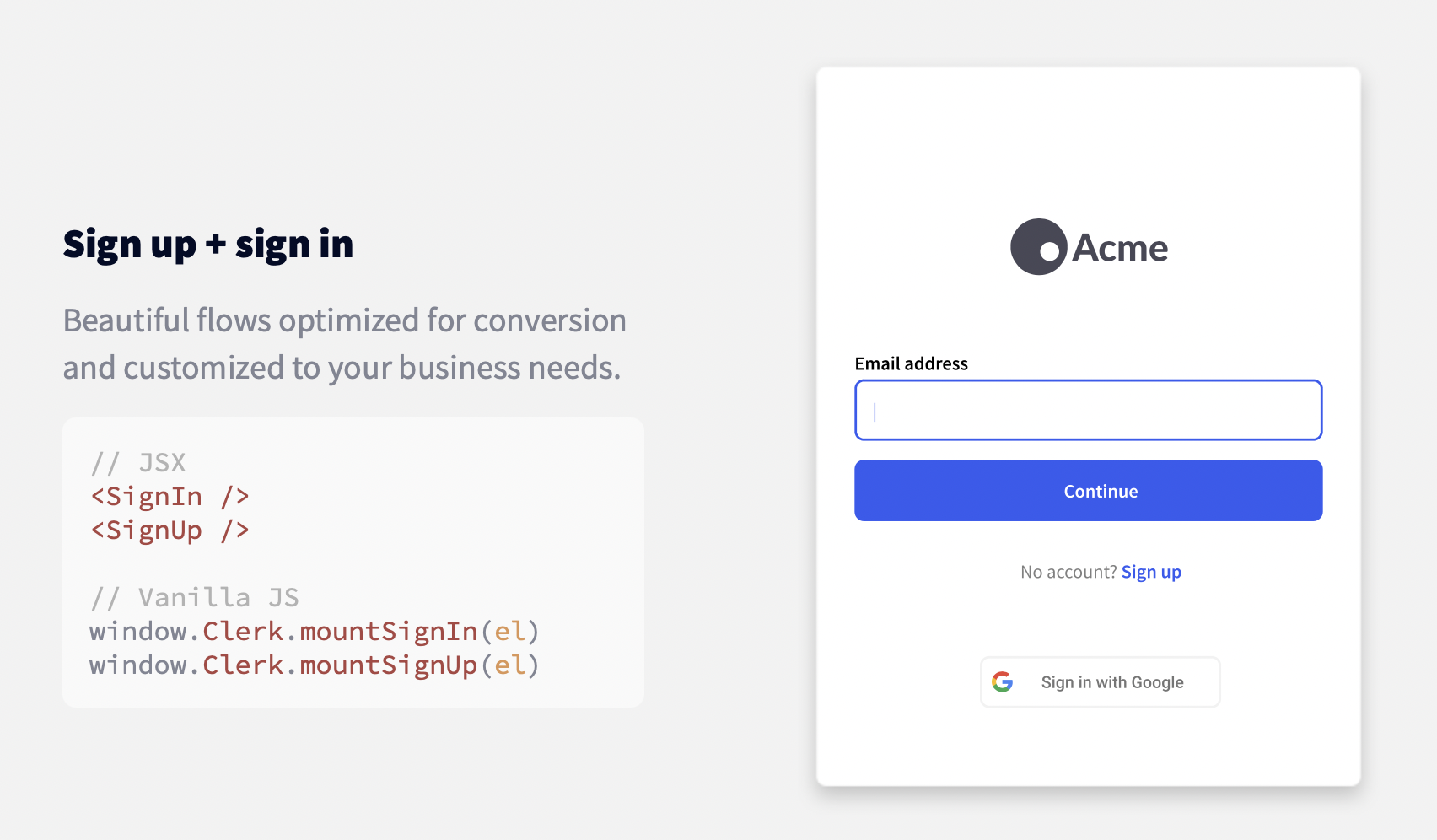 microsoft/codetour CodeTour is a Visual Studio Code extension, which allows you to record and playback guided walkthroughs of your codebases. This looks great for on-boarding developers, bug reports, and code review.

papercups Papercups is an open source live customer chat web app written in Elixir. The hosted version is an alternative to Drift/Intercom. With source code you can build other interesting chat-centric applications.

On 10 July 2020, three adult females were checked in for a flight as children. The reason was identified as the use of the title ‘Miss’, which the system interpreted as a child and not as an adult, equivalent to a weight difference of 34 kg. Action was taken to correct the problem, and the situation was monitored. On 21 July 2020, three flights by three different aircraft from the same operator departed from the UK with inaccurate load sheets caused by the same issue. G-TAWG was the first of the three to take off, at 0500 hrs from Birmingham International Airport.

Our, @1Password’s, gradual rewrite in Rust is motivated by several things. The most important is to share more code among our clients for different platforms. So rewriting was going to happen anyway. Rust was a good choice for lots of reasons.

Robert J. Hansen 👇 Thread on having better relations between IT and end-users:

Management screamed at my chocolate purchases — not quite $10,000/yr — up until they realized just how much reliability and safety had improved as the result of it. They quickly deemed it money well spent and I became the only corporate officer with a candy budget.

Instead, the hard work is to make yourself very open to hearing problems. But you also have to get good at being honest with people and saying "This won't be solved soon. What can we do in the meantime?"

Lenny Rachitsky “Types of projects you'll experience at work, as taught to us by Kurt Vonnegut” 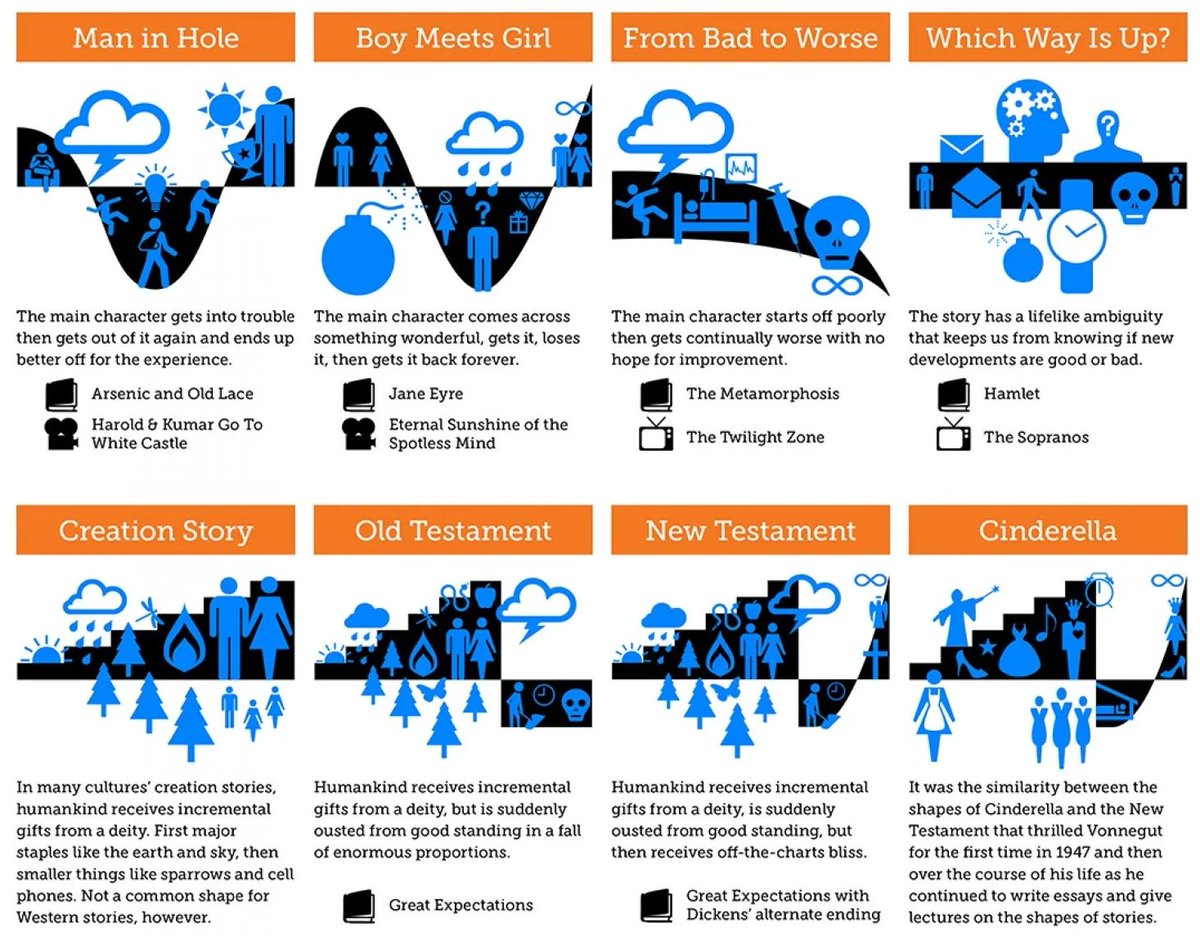 After Working at Google, I’ll Never Let Myself Love a Job Again HR can really mess people up:

The process stretched out for nearly three months. In the meantime I had to have one-on-one meetings with my harasser and sit next to him. Every time I asked for an update on the timeline and expressed my discomfort at having to continue to work in proximity to my harasser, the investigators said that I could seek counseling, work from home or go on leave.

Facebook Leaked the Data of 533 Million Users and Didn’t Tell Anyone Oops. But don’t worry, it's only your “old" phone/email/home address from 2019:

Facebook has been quick to downplay the leak; on Twitter, various Facebook executives have said that the data is from 2019 and is therefore “old.” What they don’t grapple with is the fact that phone numbers and email addresses don’t change that often. 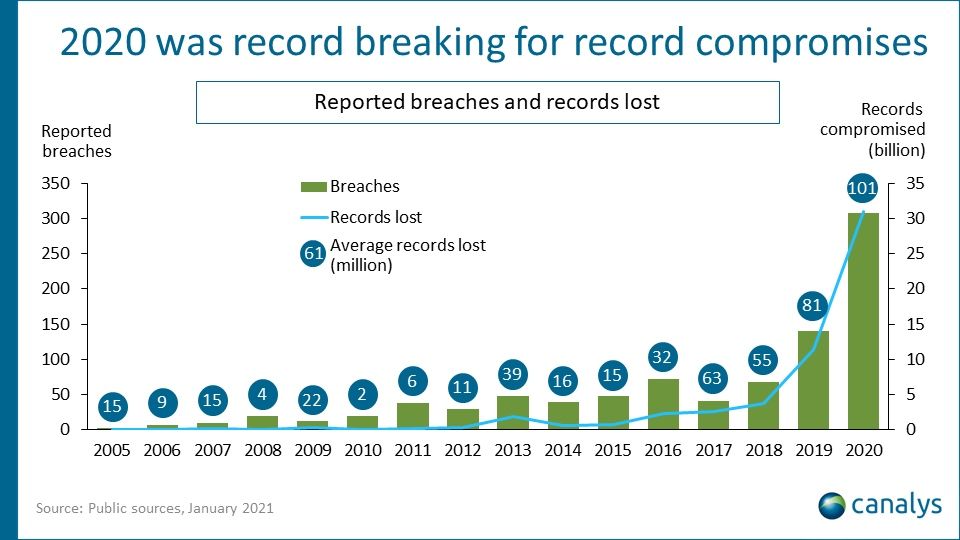 Ubik by Philip K. Dick, 1969 The future we were promised:

The door refused to open. It said, “Five cents, please.” He searched his pockets. No more coins; nothing. “I’ll pay you tomorrow,” he told the door. Again he tried the knob. Again it remained locked tight.

Jake Groves The future we got:

Night drive in a 530e. Pressed the high beam assist button, but a message from the car essentially said "no, you need to buy the feature first on the ConnectedDrive store." BMW and Merc both keen to do this more in future, so this won't be the first time we'll see it... 💡💰”

SCOTUSblog SCOTUS rules in favor of Google, and considers Google’s implementation of the Java APIs fair use:

We reach the conclusion that in this case, where Google reimplemented a user interface, taking only what was needed to allow users to put their accrued talents to work in a new and transformative program, Google's copying of the Sun Java API was a fair use of that material as a matter of law. The Federal Circuit's contrary judgment is reversed,

This ruling is more than just Google vs Oracle. Ruling that software developers can reimplement interfaces (APIs, protocols, etc) will allow for greater portability, minimize vendor lock-in, and give consumers more choice. 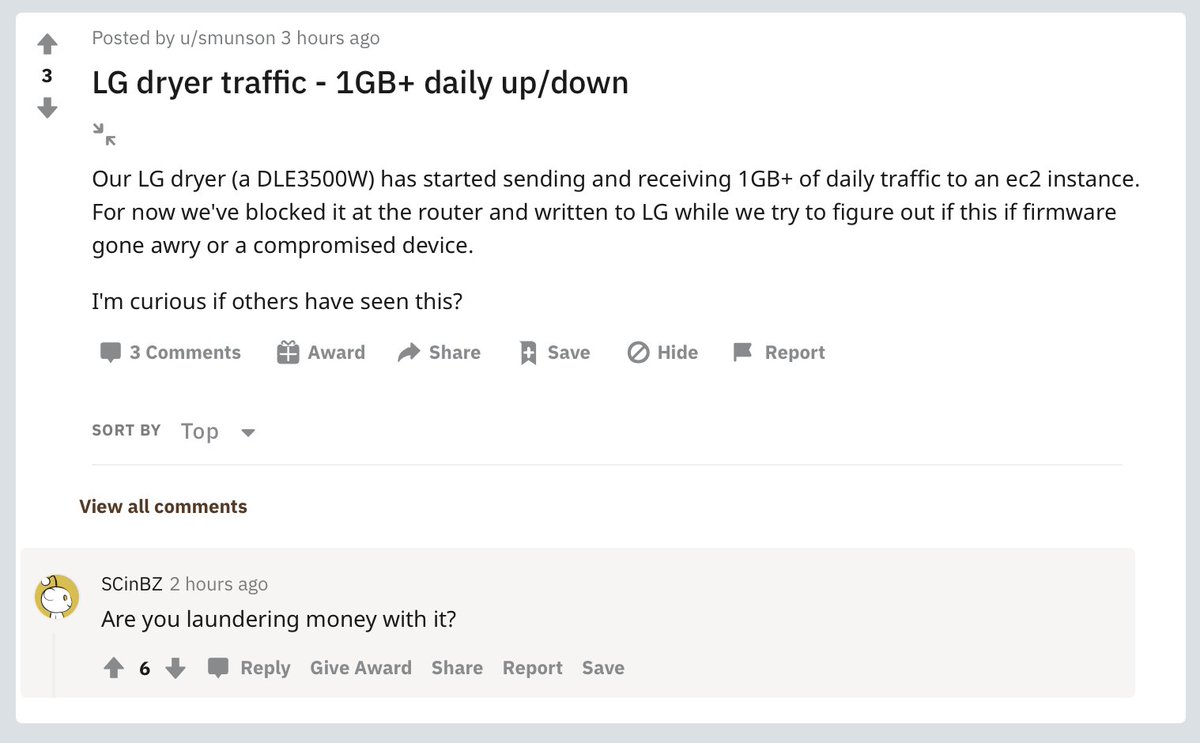 during the last year, it's okay if you:

do what you need to do to get by.

Why there really aren’t 2 million podcasts Everybody has a podcast, but a quarter of podcasts are just one episode. 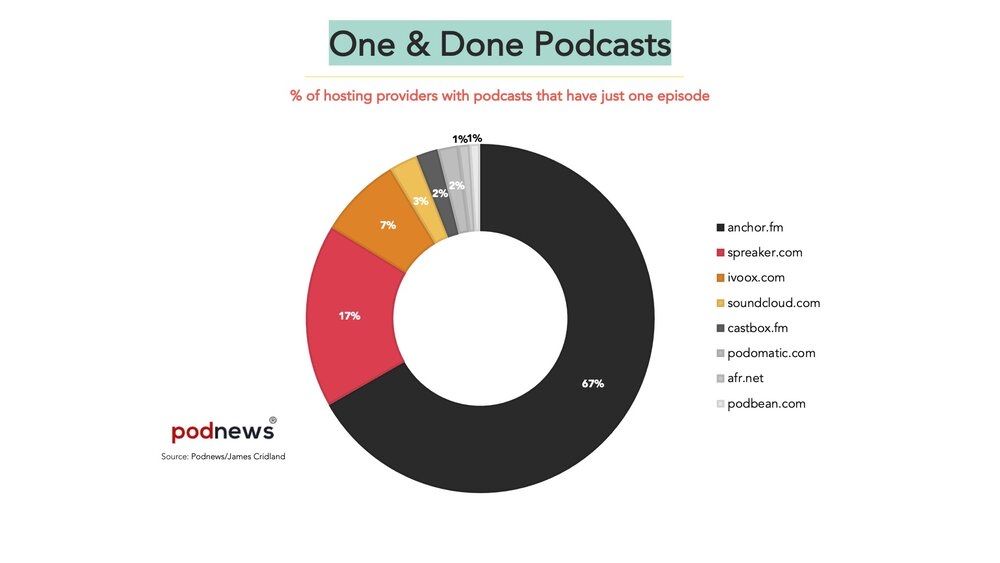 The New York Times: Breaking News: Evidence is mounting that a tiny subatomic particle is being influenced by forms of matter and energy that are not yet known to science but which may nevertheless affect the nature and evolution of the universe. https://nyti.ms/3uzXOCb

How QAnon Is Tearing Families Apart This reads like a social disorder: something that afflicts a group of people, makes it hard to integrate with society, and it's not a matter of politics or identity:

While the majority have come to QAnon from a right-wing political viewpoint, a significant number have been radicalized through wellness and spirituality communities online. 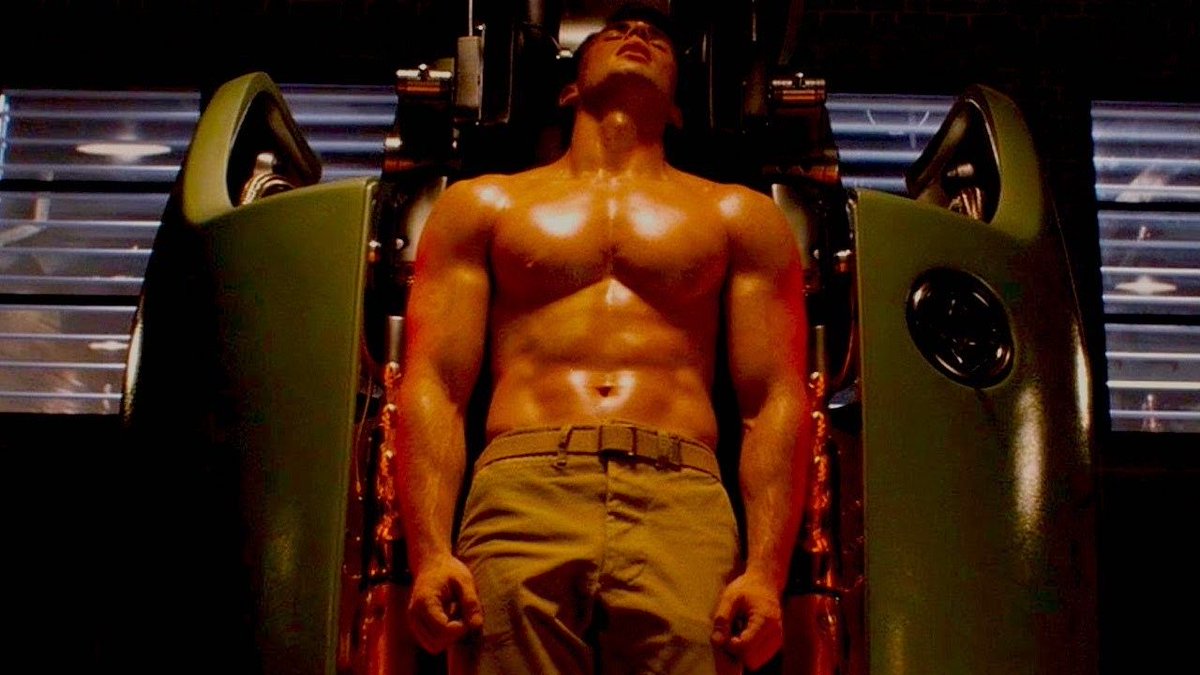