The Programmers’ Credo: we do these things not because they are easy, but because we thought they were going to be easy.

A collection of practical tips for writing CSS that can handle different content without breaking the visual style.

When we start thinking of defensive CSS as a strategy, it will help us to reveal hidden secrets that let us design and build layouts with as fewer issues as possible.

I like to think of it as something useful to designers, developers, and QA engineers.

One of those low-effort, high-value CSS things is transforming box-shadow.

A few changes to x/y shadow distance and colors makes all the difference here in faking the 3D look of this component.

Rome I tried Roam on a project I’m working on, and the first impressions are ”wow!”

It’s unbelievably fast, no waiting. It copes with broken code better than the leading brand linter. And the error messages are next level. The screenshot below (from their blog) don't lie.

This is exciting and promising, through, right now I'm sticking with ESLint + Prettier. I didn't notive the performance difference when editing in VSCode, and ESLint still catches more issues and offers more helpful quickfixes. 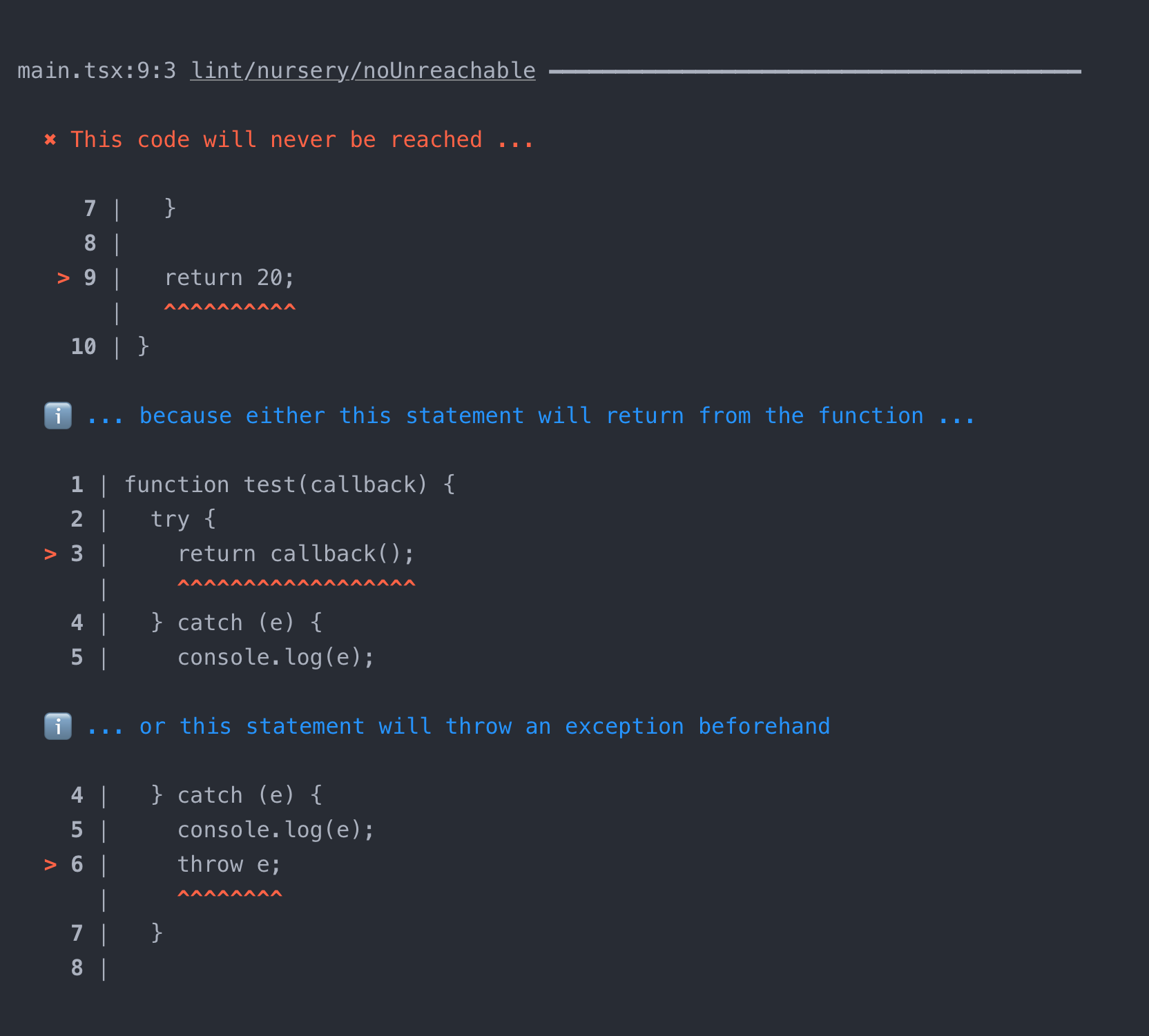 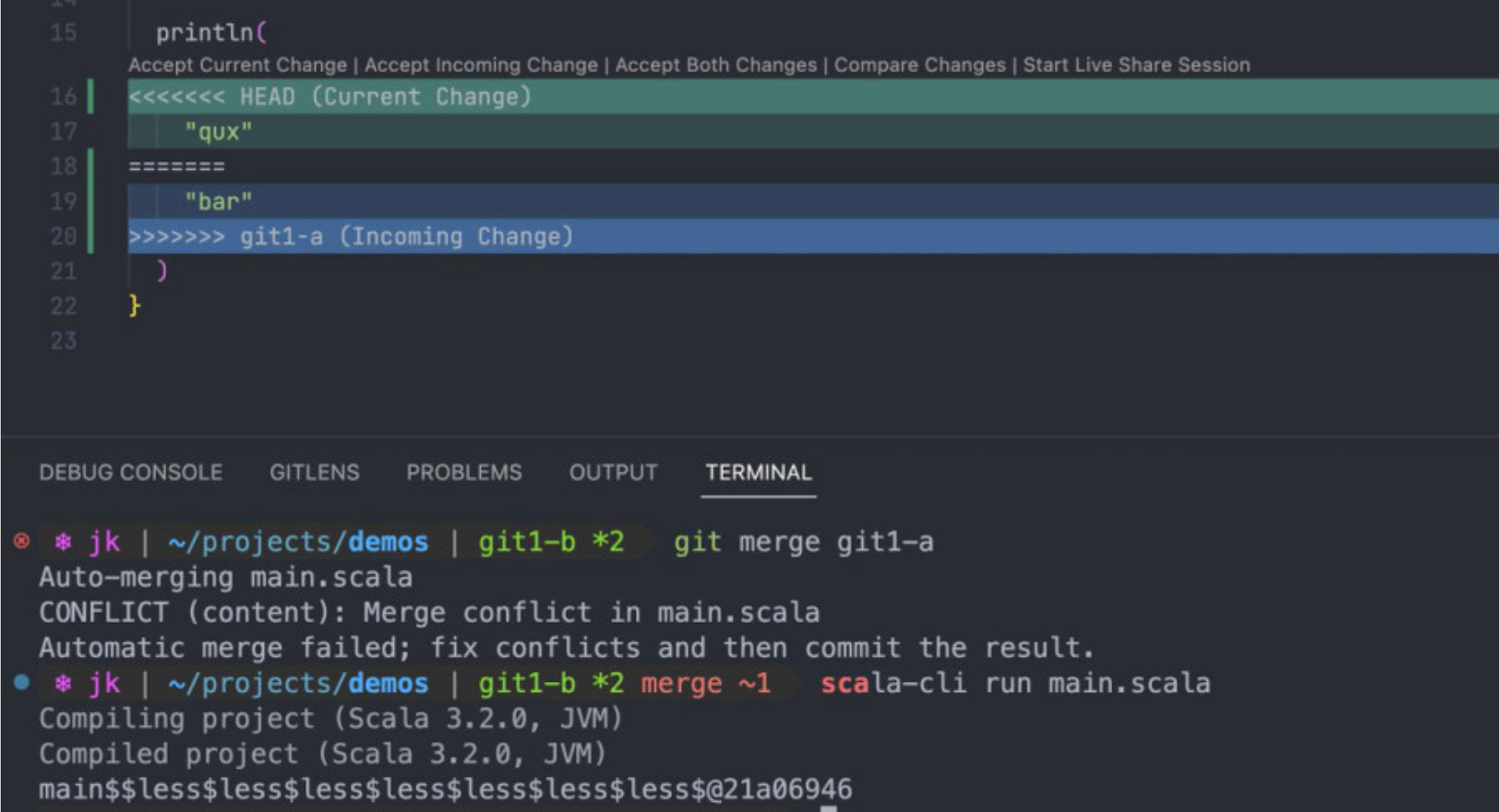 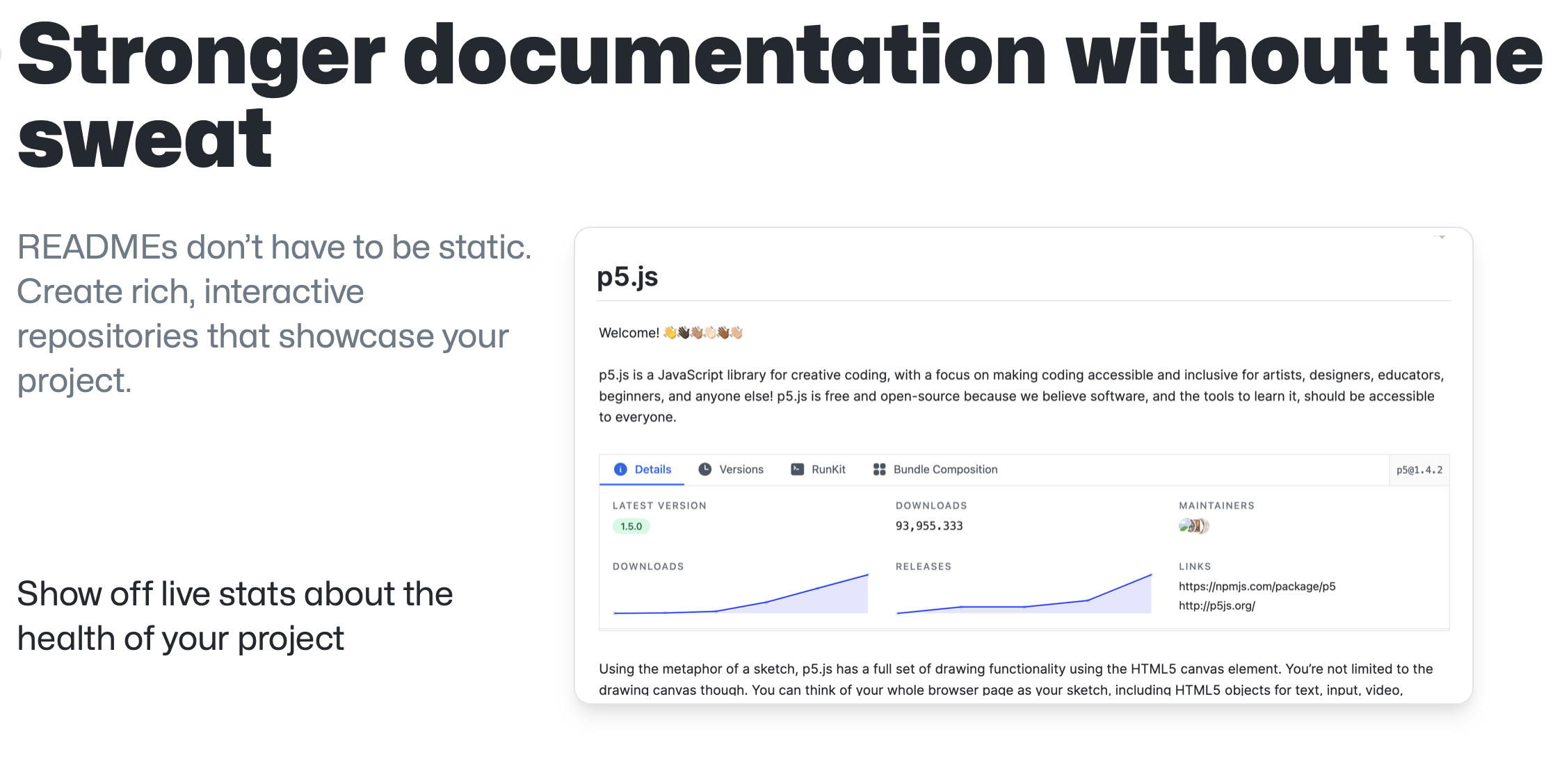 The history of personal computers can be broken down into two distinct eras: 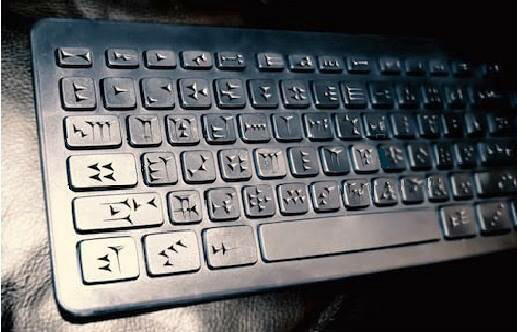 When designing a user interface, imagine some old woman using it, say Margaret Hamilton, and she's clicking your app's buttons and saying to you, as old people do,
"Young whippersnapper, when I was your age, I sent 24 people to the ACTUAL MOON with my software in 4K of RAM and here I am clicking your button and it takes ten seconds to load a 50 megabyte video ad and then it crashes

I'm not even ANGRY with you, I'm just disappointed."

The Seven Circles of Meeting Hell

First Circle: The Sloppy and the Unprepared. Meetings start late and run over. Attendees have not read the pre-supplied material, so we spend most of the time answering questions we had already answered elsewhere.

Biggest cost reduction that took me too long to learn:

Pay A-players 1.5x market rate to get 5x the output of a B-player.

I’ve heard about a few founders who are very nice when talking to people in-person, but when it comes to written communications like email/slack, it’s a completely different personality taking over communicating with the same people: an absolute jerk.

What is up with this?

File under “in person nobody knows you're an internet troll.”

You see that with people who are low in empathy yet very responsive to non-verbal cues (“can read the room”).

Other people's presence allows them to moderate their behavior. They can read non-verbal cues and deliver any impression they want: charming, charismatic, caring.

Take those non-verbal cues away and well …

(Not to be confused with people who are just bad at written communication, their brevity can come off as rude — rude you can change)

With so much uncertainty in tech right now, here's something you can control: the operating model your team uses to staff projects. In times of scarcity, picking the right model can give you and your team an edge in shipping quickly and creating impact. 🧵

FTX: The $32B implosion In case you're wondering how FTX went from $32B down to $0 in the span of a week. Fun fact: FTX filed for Chapter 11, the CEO quit, and was replaced by the Enron liquidator.

Related, Sam Bankman-Fried Has a Savior Complex—And Maybe You Should Too is the most cringe thing you'll read this week:

After my interview with SBF, I was convinced: I was talking to a future trillionaire. Whatever mojo he worked on the partners at Sequoia—who fell for him after one Zoom—had worked on me, too. …

… Of course, that’s the pitch of every crypto company out there. The FTX competitive advantage? Ethical behavior. … I’m a Nozick man myself, but I know who I’d rather trust my money with: SBF, hands-down. And if he does end up saving the world as a side effect of being my banker, all the better.

The Musk to Tusk Pipeline

Right now Twitter feels like a party that's winding down. We're all going home soon, and once strangers are exchanging contacts. Maybe we we'll get to meet some other place, some other time.

I'm not convinced Mastodon will replace Twitter for all it was, but at least in my small tech circle, if feels like the day-after brunch spot.

A Twitter User's Guide to Mastodon “Everything you need to know about Mastodon from someone who just moved. Getting set up, what it is, what it isn’t, and how to have fun.”

A missed opportunity, should have called it “a Tootorial” 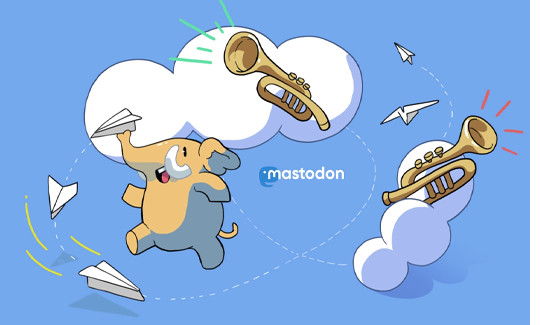 Find Fediverse accounts of your Twitter followings Don't forget to put your Mastodon handle on your Twitter profile, and then we can use FedFinder to find each other.

Inside the Twitter meltdown What a train wreck. I can't stop watching:

And, of course, Twitter would remain brand-safe: pressuring users to subscribe, he said, would (somehow) reduce the number of bots and spam on the site, making the service more welcoming to advertisers.

A day later, Roth was gone, the company’s new verification scheme had introduced a variety of serious new brand risks onto the platform, and a company that had already been battered by massive layoffs had lurched into a fresh crisis.

Two Weeks of Chaos: Inside Elon Musk’s Takeover of Twitter I'm no expert on running a social media company, I just don't think it's healthy to be overly concerned with enemies hiding in the shadows — first it's bots, now ghost employees:

But he had a condition. Before paying the bonuses, Mr. Musk insisted on a payroll audit to confirm that Twitter’s employees were “real humans.” He voiced concerns that “ghost employees” who should not receive the money lingered in Twitter’s systems.
Mr. Musk tapped Robert Kaiden, Twitter’s chief accounting officer, to conduct the audit. Mr. Kaiden asked managers to verify that they knew certain employees and could confirm that they were human, according to three people and an internal document seen by The Times.

i was on tumblr when yahoo had to sell it for $3 million after buying it for $1.1 billion. we were all a little bit responsible for losing yahoo a billion dollars. and with that type of collective effort, i believe we here on twitter can lose elon musk even more

Rachel Vindman “One of my life goals is to be as good at shade as this account.” 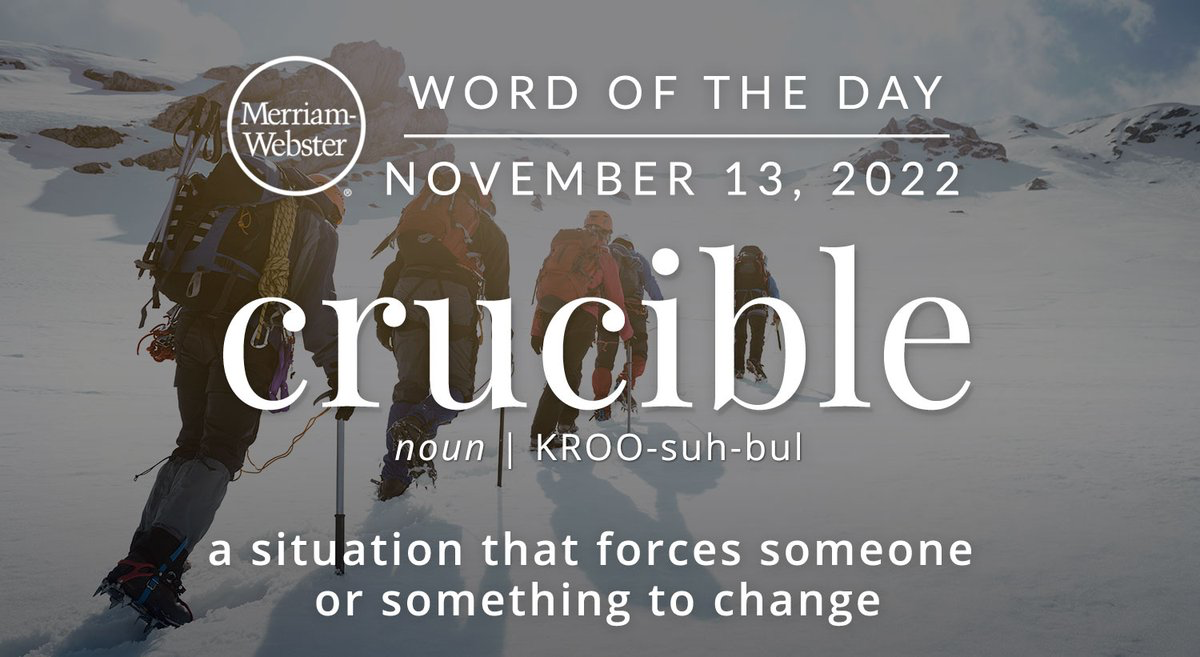 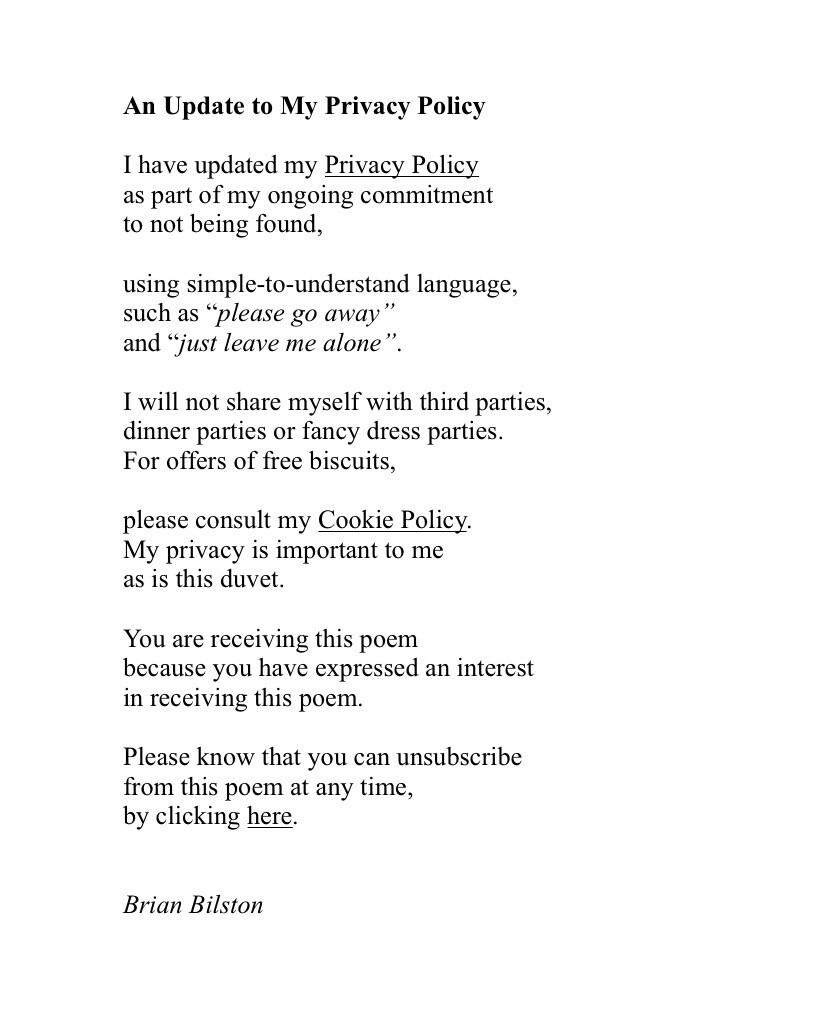 Word of the week: HOPIUM

a fae, a demi-female fae

Doing some retro computing and it’s wild that software back then didn’t have half the features we expect today, for example Lotus 1-2-3 doesn’t have a “stories” feature for sharing videos

Neil E. Hodges “Saw this while out today. #Seattle” 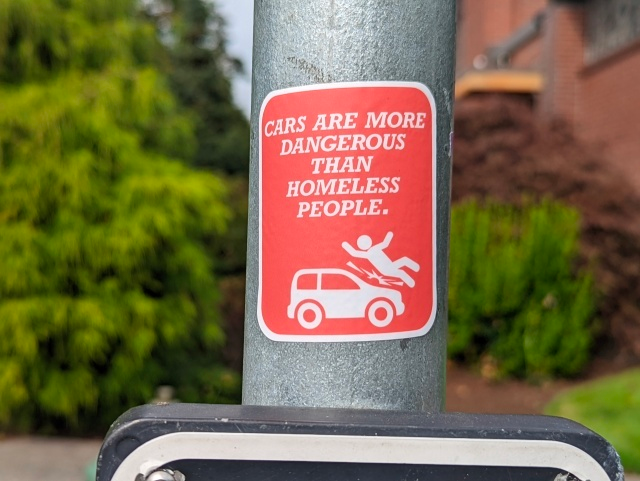 Bed Habits “One insomniac’s journey into contemporary sleep research to understand what screens before bed are doing to our brains.” — this article is more entertaining than scientific, I quite enjoyed reading it in bed on the iPad while falling asleep :)

Side note, I think the whole "blue screen is ruining your sleep" is bullshit. For one, it's 2022 and we have phones that tint the screen yellow at night and emit less light than a reading lamp.

Yet this will persist because science can't easily separate from the classist worldview:

“Many of the people who are writing these articles are looking at the general population, who are doing things that they don’t understand, things that they don’t find culturally rewarding. There’s a pejorative judgment there: Oh, you’re watching The Masked Singer before bed? That’s kind of lowbrow. It sort of goes back to Bourdieu’s class notions of what consumption and taste say about your position in society.”

Neoriceisgood “Here's a set of #pixelart doggies I've done. I should add some more when I'm in a doggy-mood.” 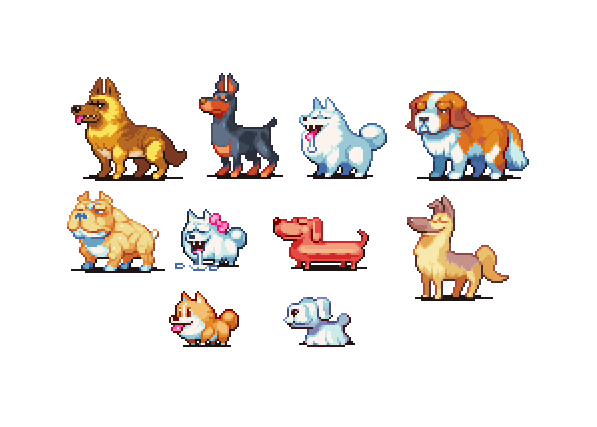 I very recently learned that the term “boycott” comes from someone’s actual name: Charles Boycott. Boycott was an English land agent who tried, in 1880, to collect unpayable rents from Irish peasants on behalf of an English aristocrat landlord. When he failed to collect the rents, he tried evicting the tenants. The Irish Land League responded with a campaign to ignore Boycott’s orders and isolate him socially and economically …