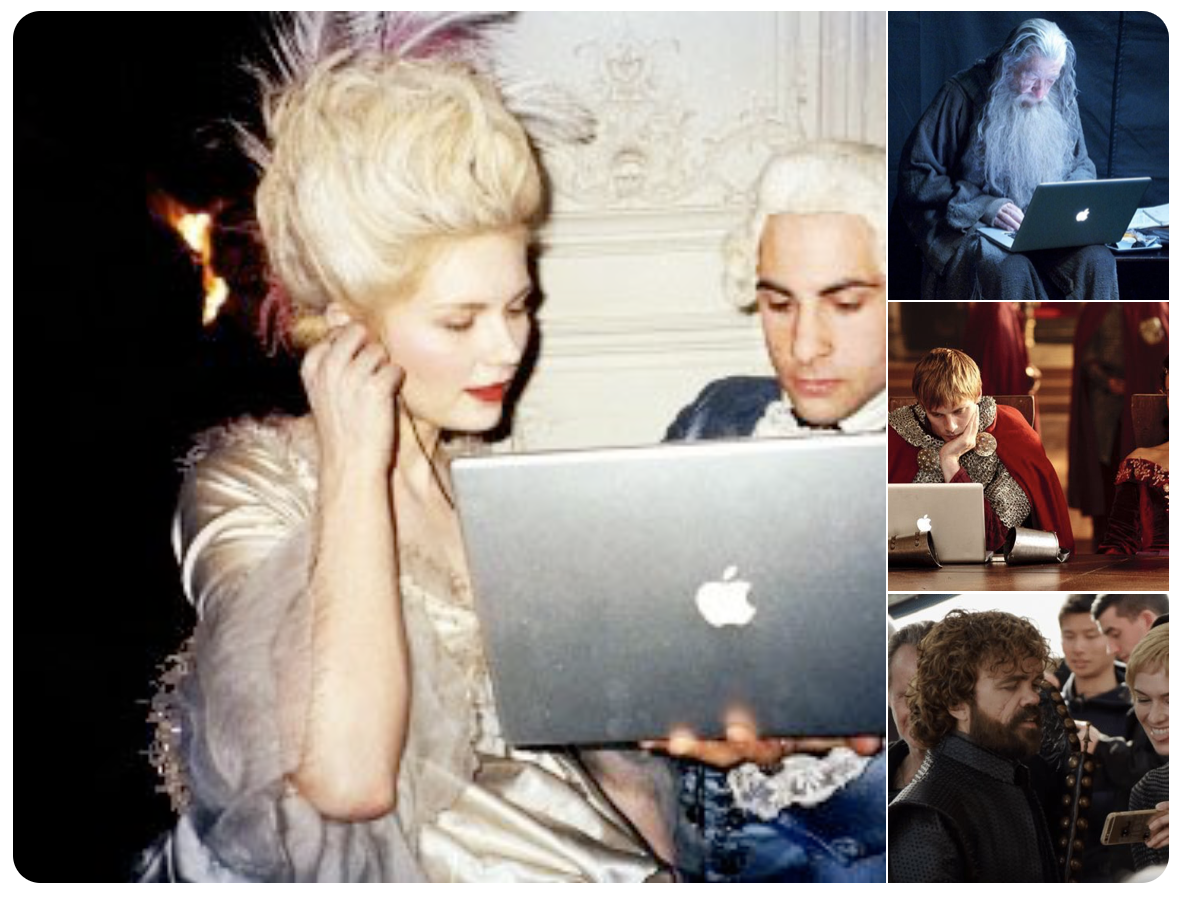 Everything you need to know about Loading Animations I love the creative animations in this article. 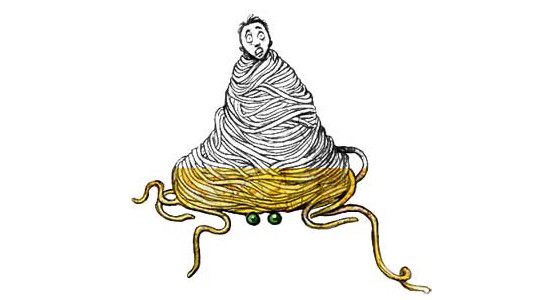 Joe Schmoe Get an avatar from a link. Try https://joeschmoe.io/api/v1/jess. 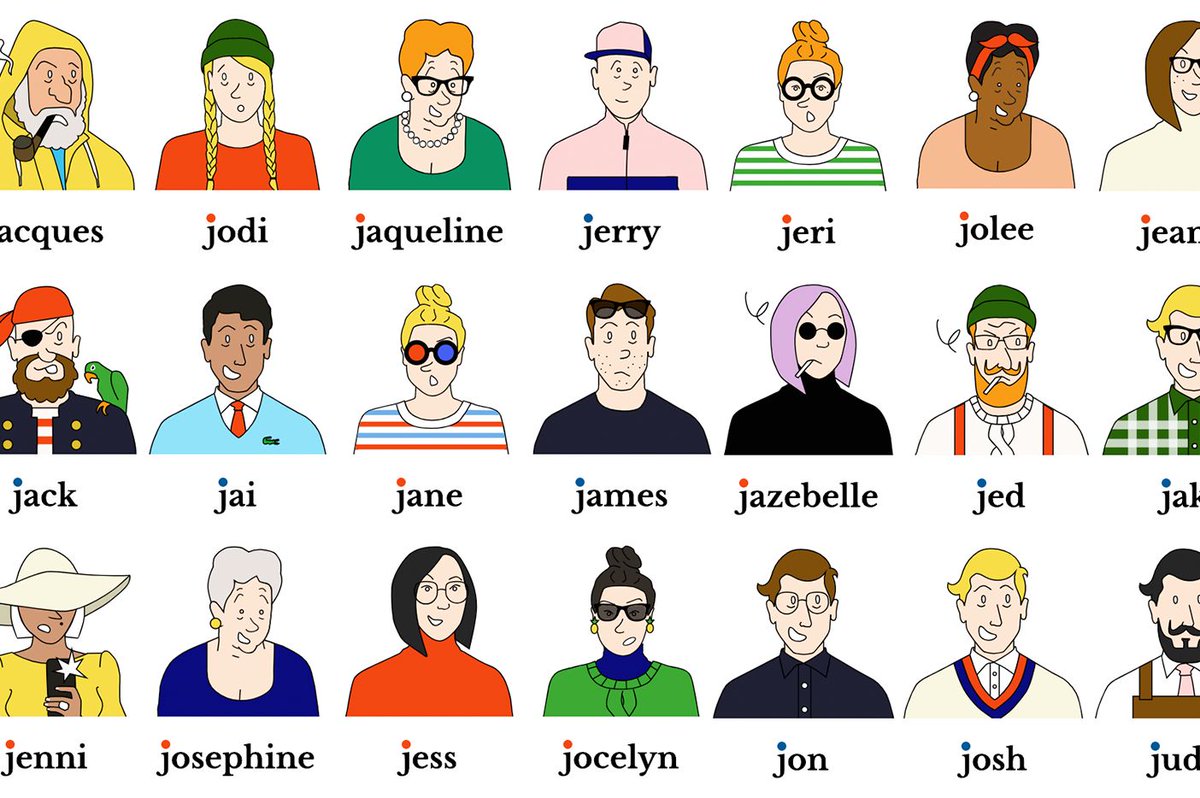 Mistakes, we’ve drawn a few The Economist learning from their errors in data visualisation. Important lessons there, because we're all bound to repeat these mistakes, even if we mean to do better. 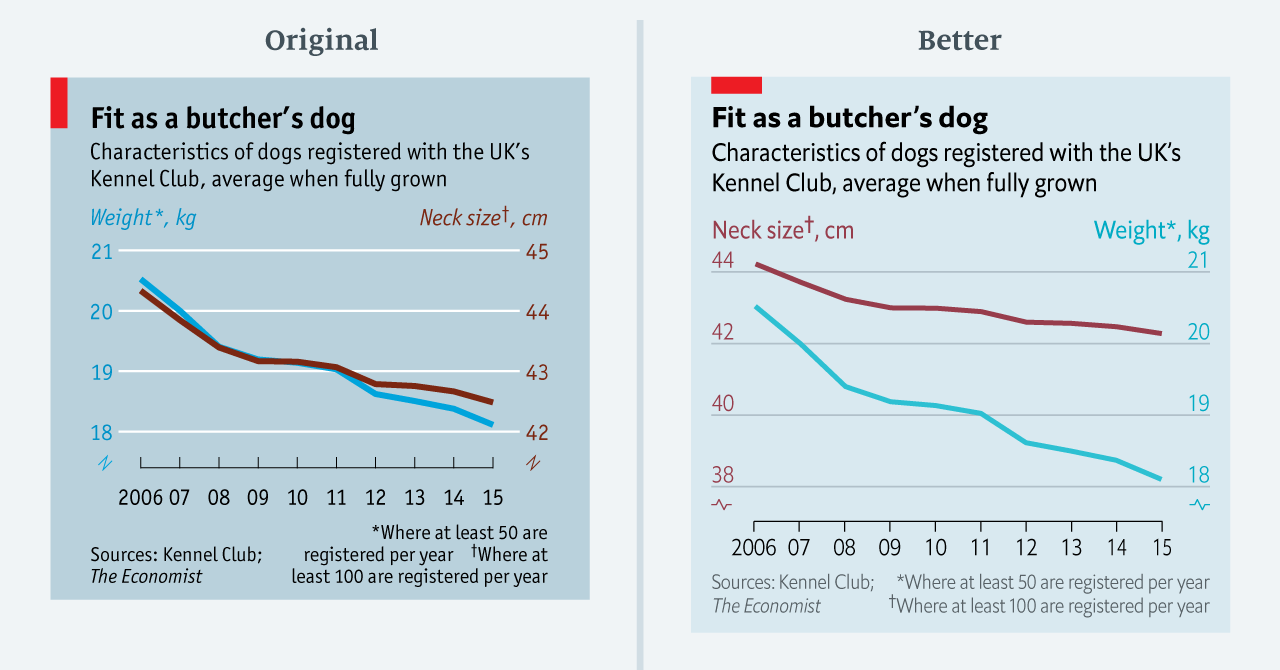 If a developer says they don't really care about design, change their editor theme to Hot Dog Stand.

The world’s first code-free sparkline typeface So simple and so useful, and will work with static HTML. 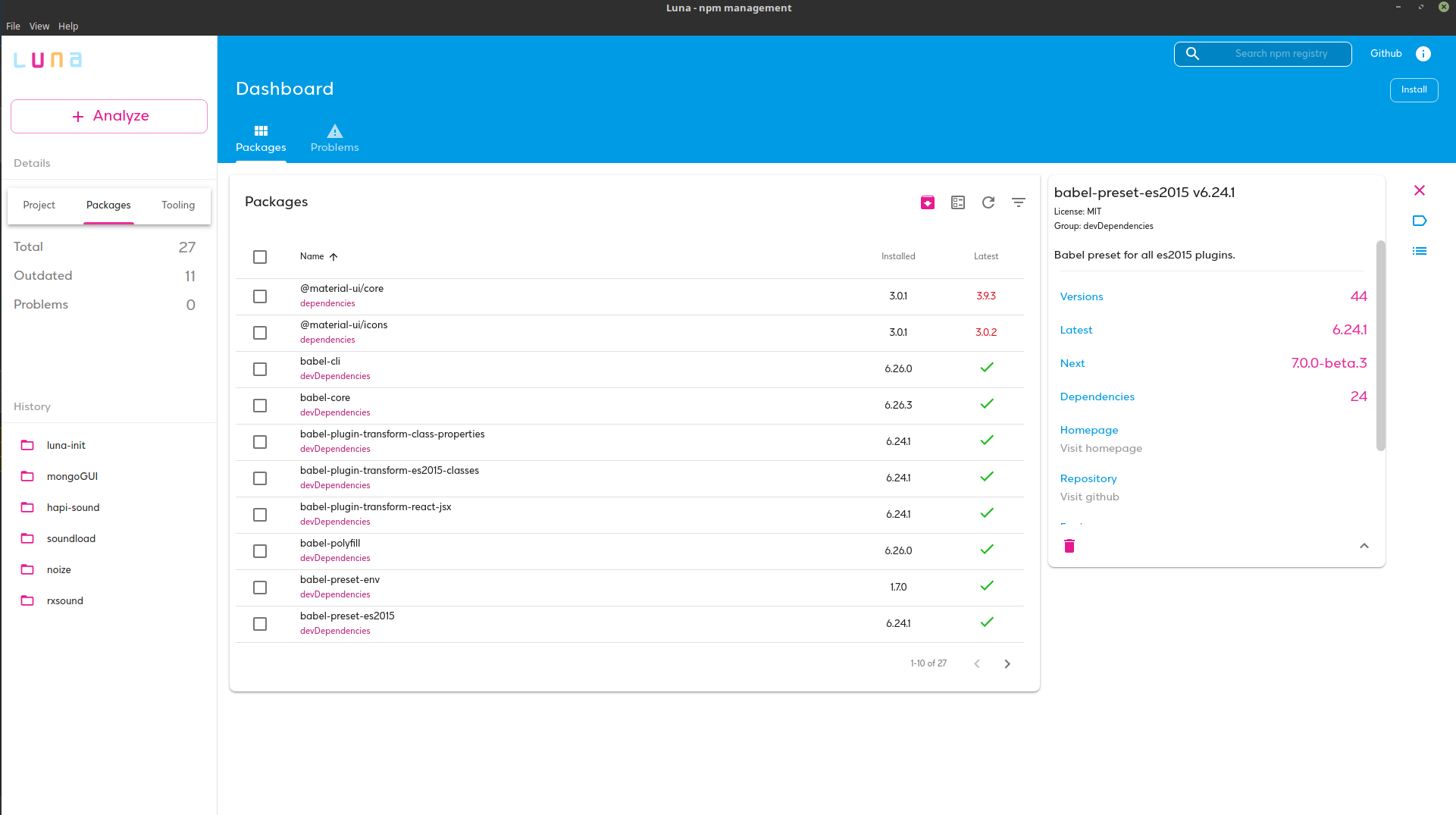 The Illustrated Word2vec I still don't fully grok Word2vec, but I did learn a bunch from this article, enough to get started on a prototype.

terraform-provider-dominos When you provision new infastructure, and it's running late and you're hungry, and you end up ordering pizza …

Dare Obasanjo "I was a tester for my first year at Microsoft. This reminds me a lot of that time 😆"

Thomas Wang This is a great concept for dealing with break points:

Fancy browser developer tools are great and all, but border: 1px solid red; has helped me figure things out more often than I can remember.

Roses are red,
Violets are blue,
Unexpected token ',' on line 32

93% of Paint Splatters are Valid Perl Programs I always suspected there's a relationship between Perl and LSD:

In this paper, we aim to answer a long-standing open problem in the programming languages community: is it possible to smear paint on the wall without creating valid Perl? 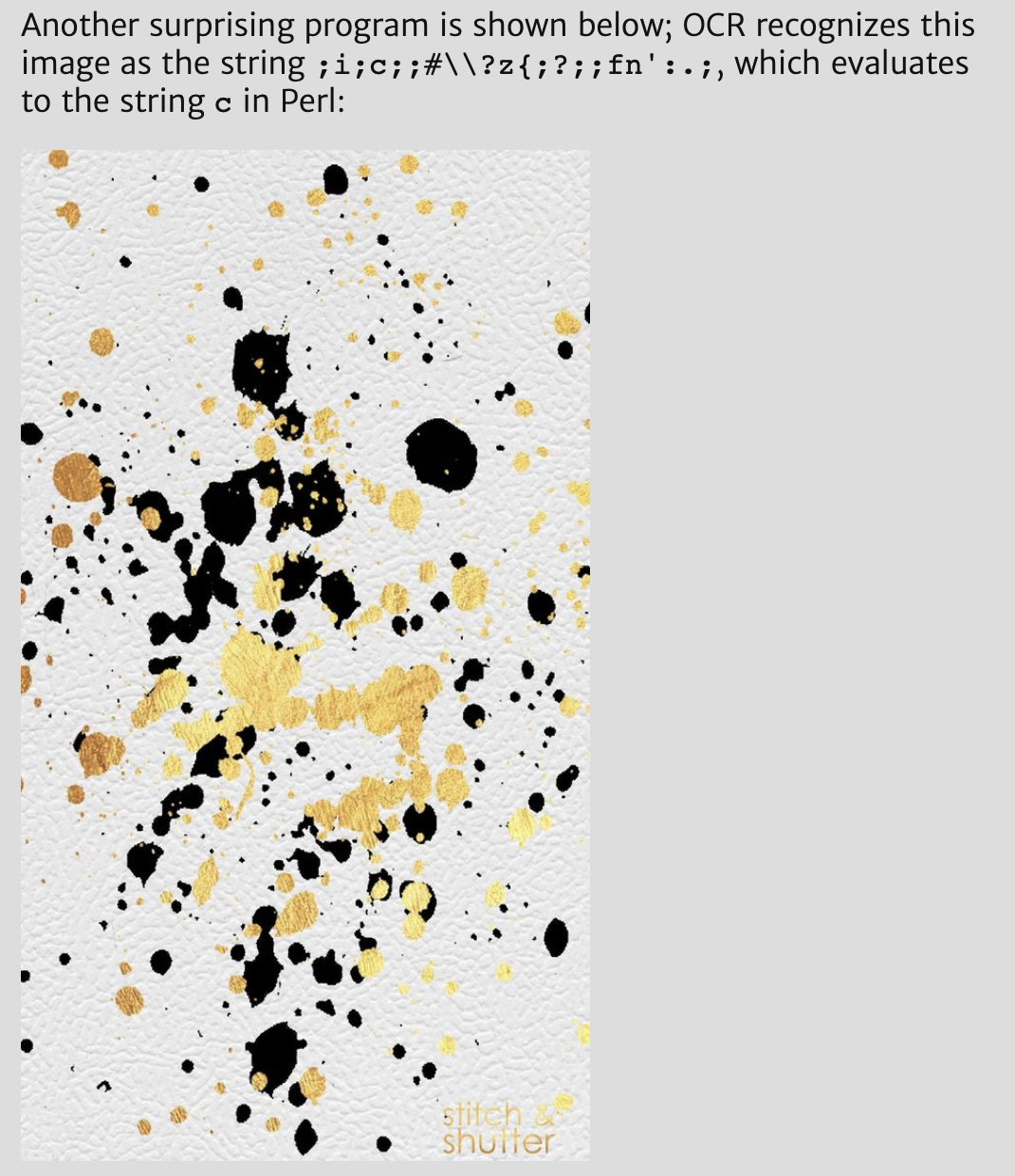 Storing UTC is Not a Silver Bullet TL;DR UTC is good for times past, but timezone changes make it less than ideal for future time:

Part of the point of writing this blog post is to raise awareness, so that even if people do still recommend storing UTC, they can add appropriate caveats rather than treating it as a universal silver bullet.

Sahil Lavingia This is ballpark similar to our costs, and I imagine other startups as well:

Graham Lea 👇 The case that was NOT prematurely optimized:

So I applaud the simple code. The code that was based on a reasonable assumption, and continued working for years after that assumption was broken before it complained. And I applaud the developer that was mature enough to just write an O(MN) function cause it worked. It's #agile

A Magician Explains Why We See What’s Not There Slight of hand is our brain constantly predicting what the future should be.

Nathan W. Pyle I can relate (used to freelance on and off):

me: it’s not that I mind freelancing, I love it. It’s just that the social interaction is pretty minimal and extremely uneven day-to-day and sometimes I wonder how that will affect me long term, you know?

barista: ok are you going to order

BBC - Future - Are we close to solving the puzzle of consciousness? TL;DR No. But this is an interesting read nonetheless, on our attempt to define what separates humans from lobsters:

From these axioms, Tononi proposes that we can identify a person’s (or an animal’s, or even a computer’s) consciousness from the level of “information integration” that is possible in the brain (or CPU). According to his theory, the more information that is shared and processed between many different components to contribute to that single experience, then the higher the level of consciousness.

Why the Human Mind Can Become More Motivated After Watching Cute Animal Videos According to science, I need to watch more cat videos on the internet. Something something baby schema something but who cares … science says so!

…it turns out that taking a break to view some cuteness might actually benefit your work there’s a lot we’re still learning but according to some research looking at cute animals is associated with a boost and focus and fine motor skills. 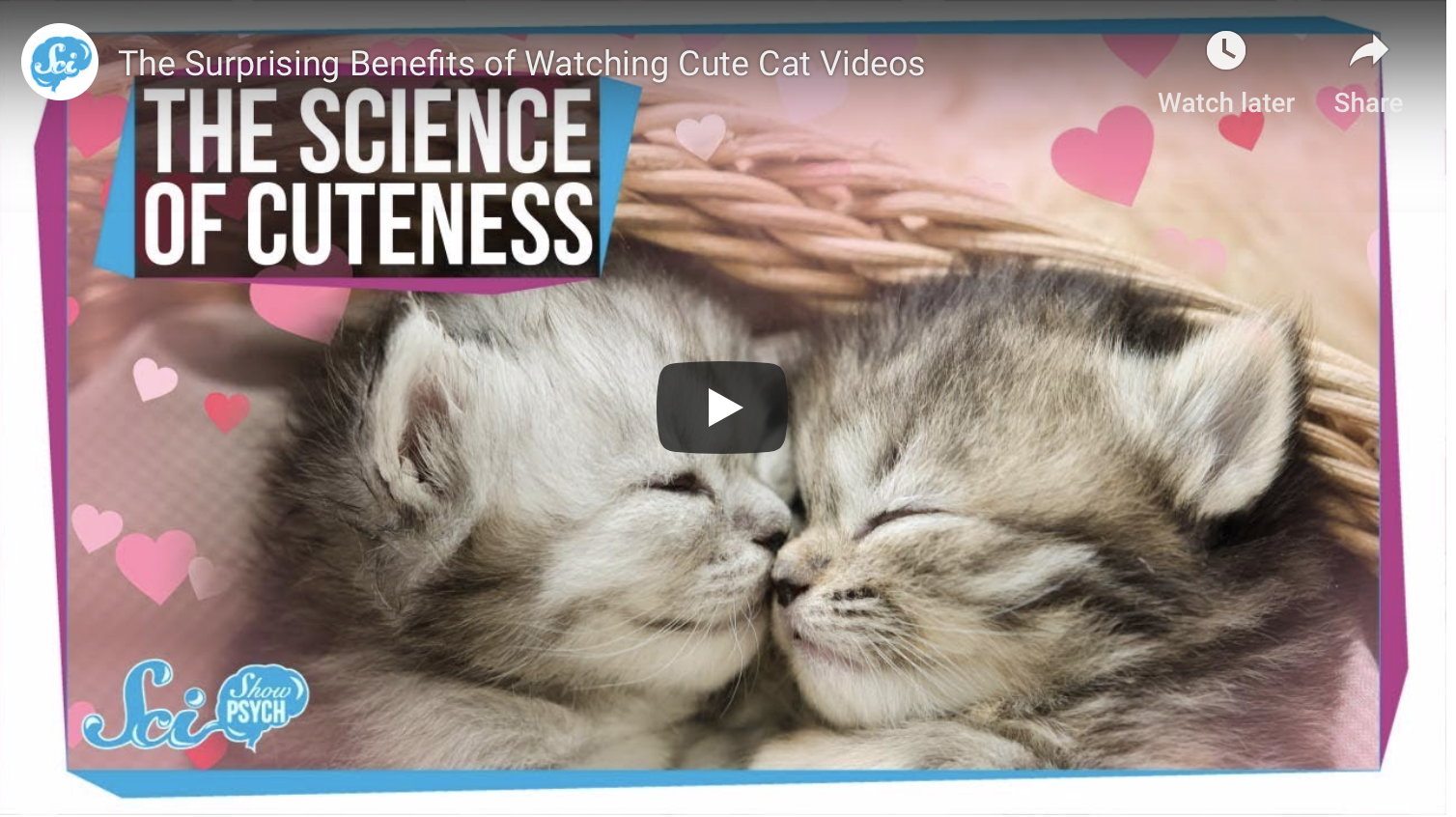 How NOT to hire a software engineer Excellent article with beautiful illustrations:

Wrong directions? Delayed tickets? A questionnaire that requires installing the original Adobe Reader specifically? Cheap ultrabook with unfamiliar keyboard layout and poor web-based editor with no shortcuts whatsoever that lags even on a local machine? Excuse me, I am in the office of the most capable IT-company in the world, am I not? 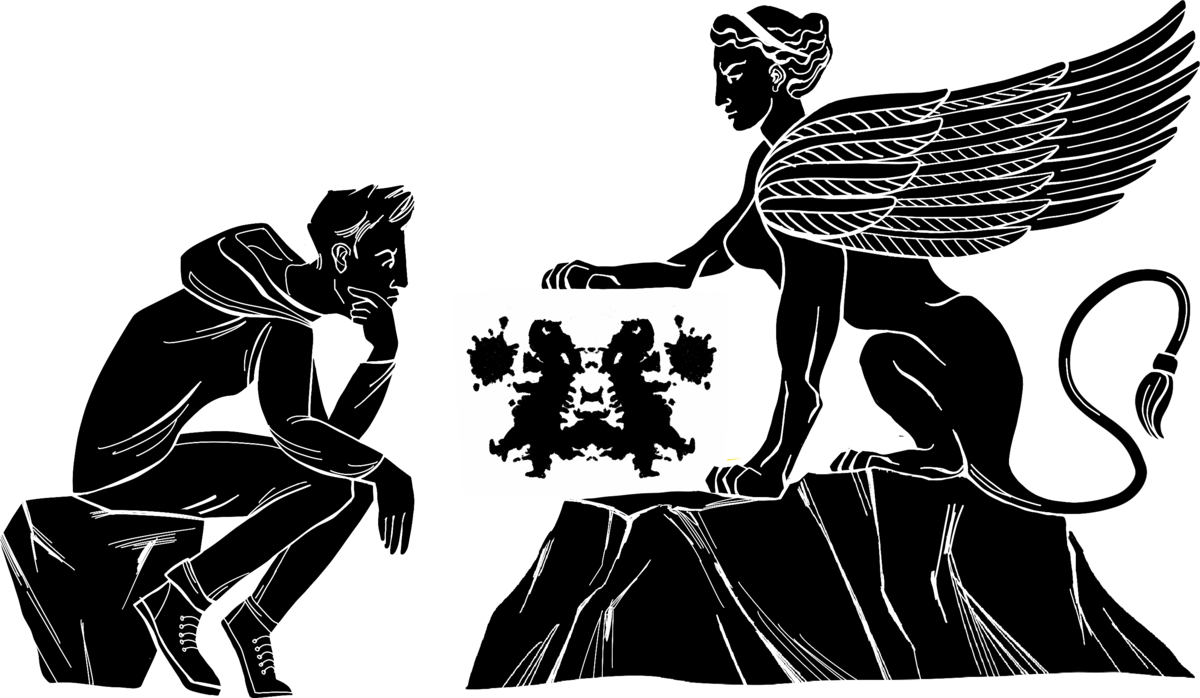 I may have invented story points. If I did, I am sorry now.

I’m so interested in all these people being shocked and appalled that AirB&B hosts don’t do good accessibility, or have secret webcams, or whatever.

You know this is why we have a regulated industry for lodging, right? It’s more expensive because fire alarm checks, insurance…

I prefer to deal with people who have been sued into minimum standards.

Ben Cohen "This is the best text message interaction I’ve had in some time." 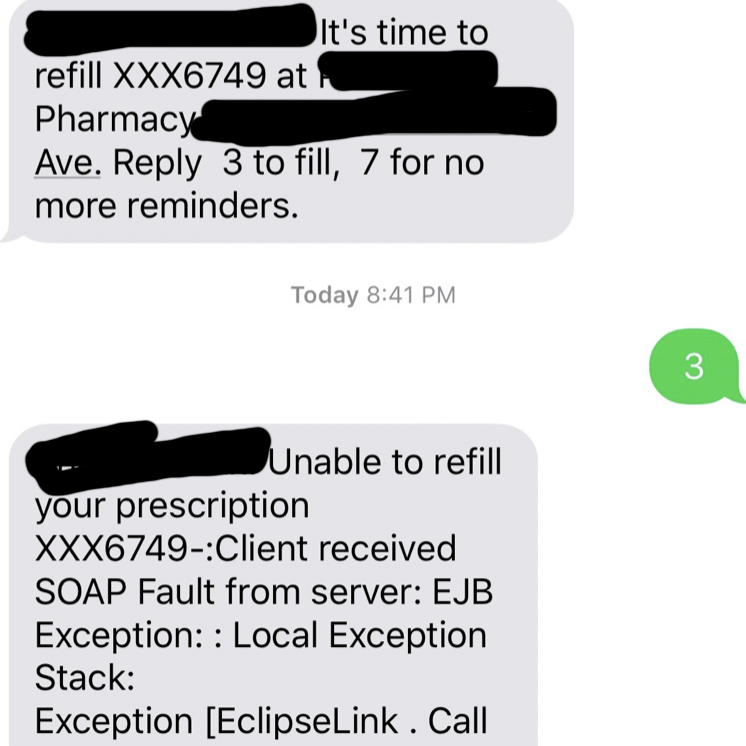 My Roomba has gone missing. It's not an outdoor Roomba either so I'm really worried about it.

Iron Spike 👇 Such an interesting thread about Flemish art and its symbolism.

Let's talk about one of the most misunderstood genres in European, specifically Flemish, art. 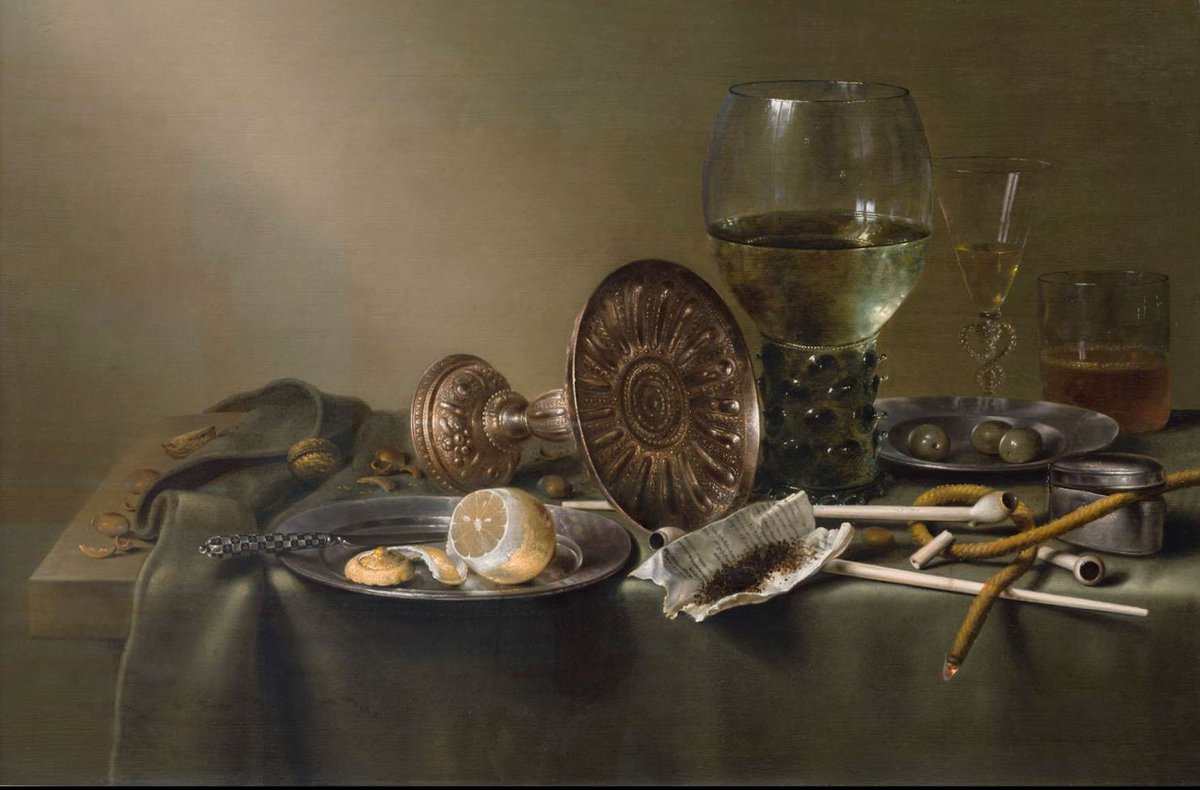 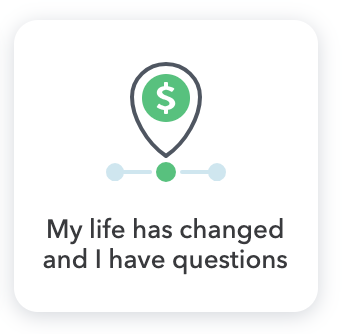 Qasim Rashid, Esq. "If you need a reason to smile then remember that someone built a water slide for ducklings & they are totally here for it😃"

1/ A vulture can fly up to 400 kilometres each day in search of carrion. Little should it care whether this flight takes it from one country to another. The vultures of Spain, however, skirt around the Portuguese border with uncanny accuracy. 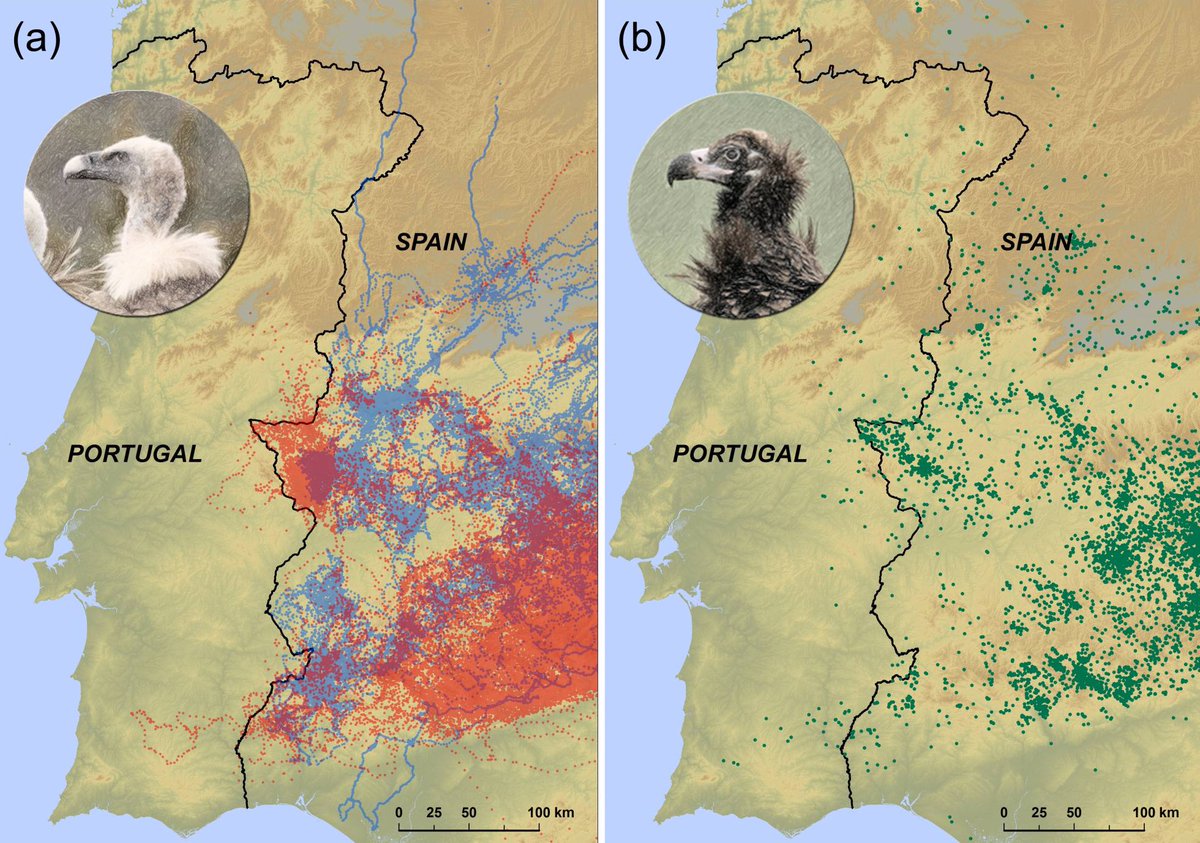 There should be a hotline you can call where you can safely pronounce words you've only ever read out loud for the first time, and they say "oh sweetie" and kindly explain how it's pronounced.

saac "Some mailman had a real fucked up day"

I had to stop reading business books. It's aggravating to read only 20 pages of insight that's spread across 400 pages of blatant filler.

Listen to the author's podcast appearances. They summarize the book for you.

Then Patreon them to give back :)

Mac William Bishop 👇 If Seinfeld was reporting at the Ecuadorean Embassy:

Hello Twitter. As you may have heard, WikiLeaks is asserting that Julian Assange will be forced to leave the Ecuadorean Embassy in London within “hours to days.” 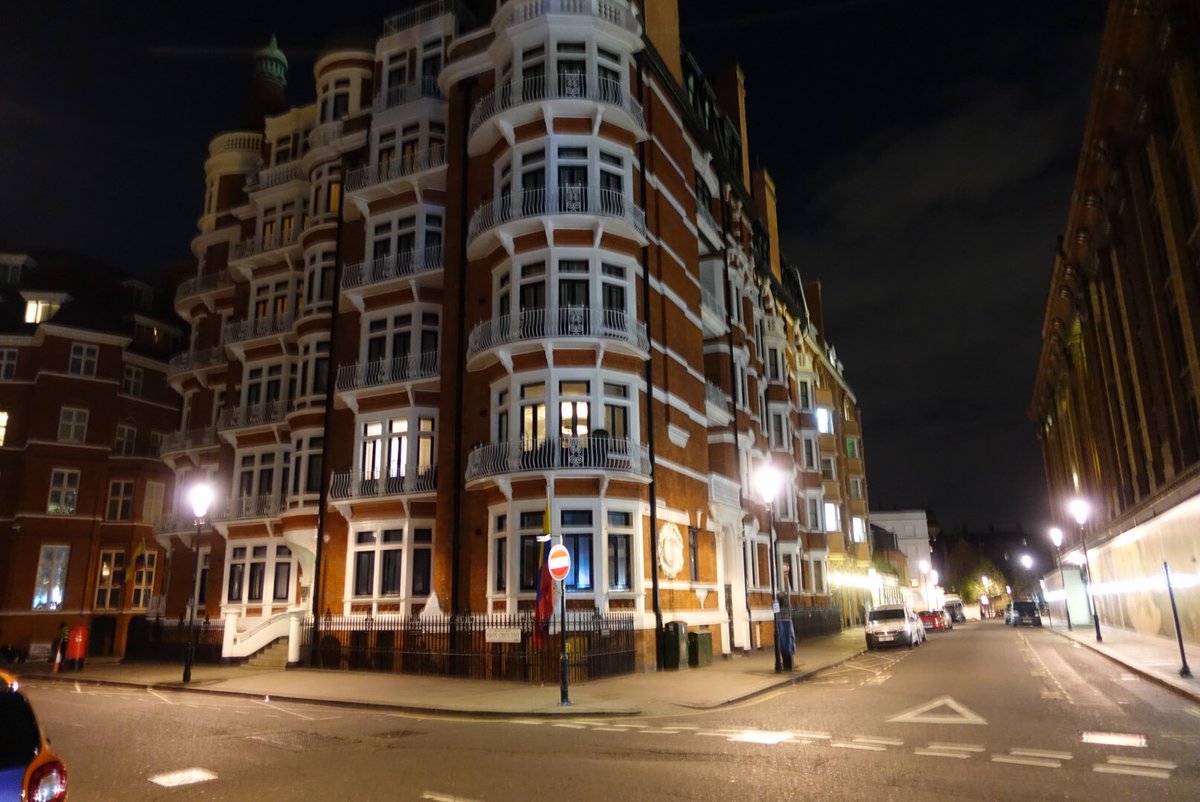 It’s really ridiculous that we expect adult femme game devs & members of other nerd professions to have an encyclopedic knowledge of Mario, Batman, & Star Wars, but dudes are rarely criticized for not knowing the names of the Babysitter’s Club members or Barbie’s younger sisters.

This man was the only passenger on a Boeing 737 to Italy That is what my dream flight looks like (plane would have flown with or without him). 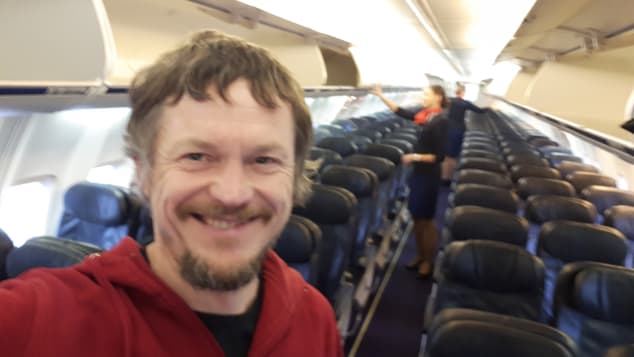 When We Say 70 Percent, It Really Means 70 Percent 538 trying to explain how statistical probabilities work, what calibration is, how to judge the success of their models (*), and also stay patient with their critics. The last part, not so successfully:

If you say there’s a 29 percent chance of event X occurring when everyone else says 10 percent or 2 percent or simply never really entertains X as a possibility, your forecast should probably get credit rather than blame if the event actually happens. But let’s leave that aside for now.

(* They have been the most accurate source for predictions, if you understand the difference between "85% chance to win" and "guranteed win")

Scott Barolo 👇 This is how you review assorted gummy bears:

12 flavors? Let’s see what this is all about 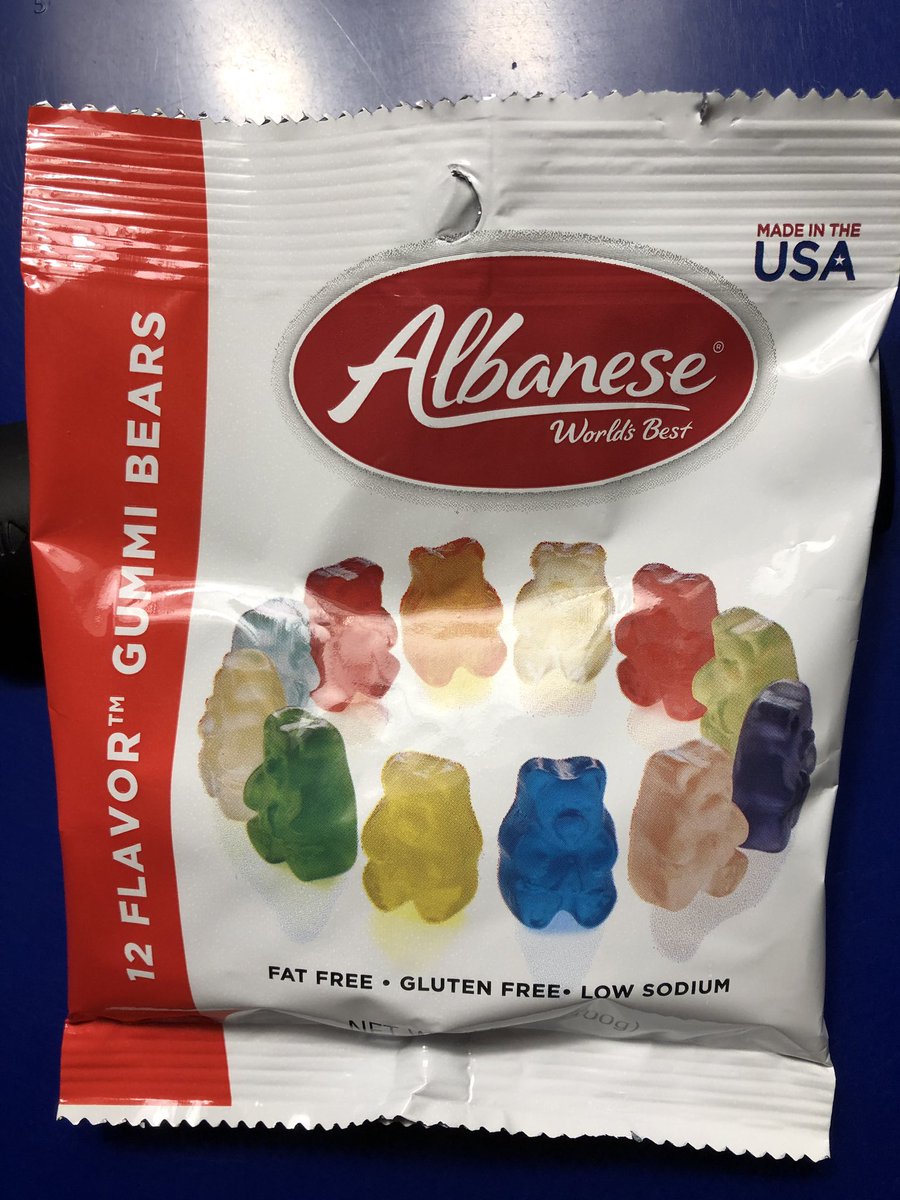 This Week’s Mail Bombs Are No Surprise TIL about stochastic terrorism — individually random, but these days, statistically predictable. (h/t Dare Obasanjo):

In recent years, a term has begun to circulate to capture this phenomenon — “stochastic terrorism,” in which mass communications, including social media, inspire random acts of violence that according to one description “are statistically predictable but individually unpredictable.” In other words, every act and actor is different, and no one knows by whom or where an act will happen — but it’s a good bet that something will.

Brett S. Vergara "This is the best video I’ve ever seen oh my g—"