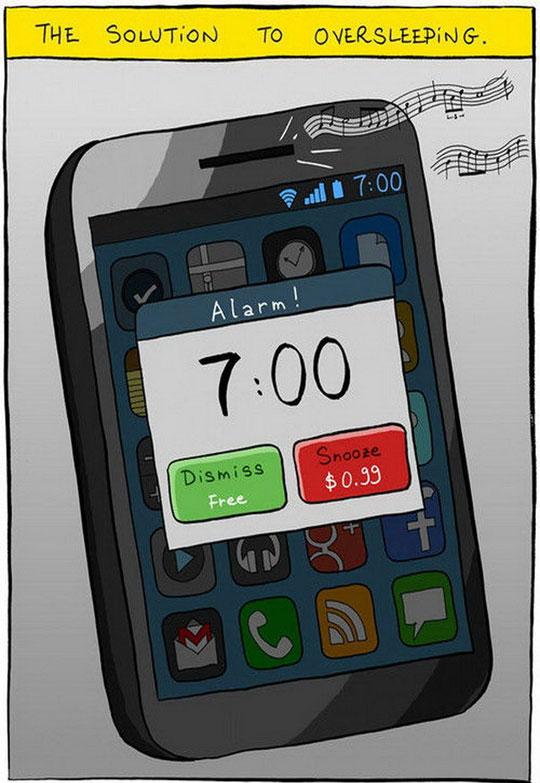 This is a million dollar idea

Horror Vacui Ever wondered why software UI degrades over time?

Humans have the same tendency when it comes to visual design. No empty space! Your screen has a few white pixels? What feature can we put there! Quick! Find something we can put there!

Not only are your users sitting there, seething in resentment as they realize you've moved everything that gave them a sense of control over their device/service/website, your team thinks they have just delivered sliced bread 2.0.

So they brought a slide-deck to a prototype fight. Oh dear!

Productivity is full of emotions Productivity may be something you do at work, but that doesn't mean we don't have an emotional relationship with our productivity software.

Year class: A classification system for Android To make sense of the mess that is Android device capabilities, Facebook started classifying mobile devices by "year class": in what year would a given device have been considered “high end?"

Overall, about two-thirds of the phones connected to Facebook are equivalent to something released in 2011 or earlier.

Amazon EC2 Container Service (ECS) - Container Management for the AWS Cloud You could always use Docker on EC2, but I'm glad to see AWS backing Docker with official support and tooling.

New AWS Tools for Code Management and Deployment If you want to move up the stack, this looks compelling: AWS CodeDeploy takes care of all application deployment needs, even includes Git repository and lets you customize deploy pipelines.

AWS Lambda - Run Code in the Cloud Want to move even higher in the stack? How about reactive programming? AWS Lambda makes it easy to deploy individual functions that act on AWS events, like uploading S3 objects, new messages, database updates, etc.

Nibbler Runs a quality report on your website that covers everything you should care about: SEO, social media, mobile support, accessibility, reading level, etc. Fantastic stuff.

ARIA Examples Bookmarked! This page has simple, practical and well designed ARIA examples to help you improve your application's accessiblity.

cssnext A CSS transpiler that allows you to write CSS4+ today, transforms it to CSS3.

Why Node.js Is Facing A Possible Open-Source Schism I'm in camp "keep Joyent out of my Node."

How I write software This. A thousand times.

My favourite property of good code is boredom. Dull statements one after another, no surprises, no tricks, no special cases, and absolutely no meta-programming. Boring code is the easiest to debug, to verify, and to explain.

Boring code usually doesn’t use global state, has very precise effects, and isn’t strongly tied to the project it lives in. Boring features like single assignment, where each variable only holds one object, and not relying on changing the world around it. Boring code will only do what its asked of it and does not rely on implicit behaviours.

On the awesomeness of fn.displayName Naming functions for better stack traces.

RTX2010 Based on a 1983 design, this two-stack Forth CPU is radiation hardended, used routinely in spacecrafts. The design was 20 years old when we tossed it out of earth orbit, so it can land on a comet 310 million miles away.

Debugging is like being the detective in a crime movie where you are also the murderer.

Potentially catastrophic bug bites all versions of Windows. Patch now What a year:

Tuesday's disclosure means that every major TLS stack — including Apple SecureTransport, GNUTLS, OpenSSL, NSS, and now Microsoft SChannel — has had a severe vulnerability this year.

81% of Tor users can be de-anonymised by analysing router information, research indicates

Son Of Stuxnet More questions than answers right now, but Duqu looks like an interesting development in the Stuxnet spy tree.

Hire More Women In Tech A few simple things you can do to find and hire more qualified women in tech.

“He Hits Me Because He Loves Me” A short story. Multiple viewpoints. Life in America.

Dropbox, Airbnb, and the Fight Over San Francisco’s Public Spaces

“It’s a literal interpretation of what our city is facing right now,” Edwin Lindo, a leader of the San Francisco Latino Democratic Club, said, at last Thursday’s rally. “Someone coming with a piece of paper who says you have to leave.”

Americans Are Working So Hard It's Actually Killing People Corporate irresponsiblity at its best.

Rosetta Rosetta has a Flickr album and it's 1000x more interesting than anything else.

FLUX All-in-One 3D Printer $600 3D printer with swappable head that can also 3D scan and etch with laser. On Kickstarter.