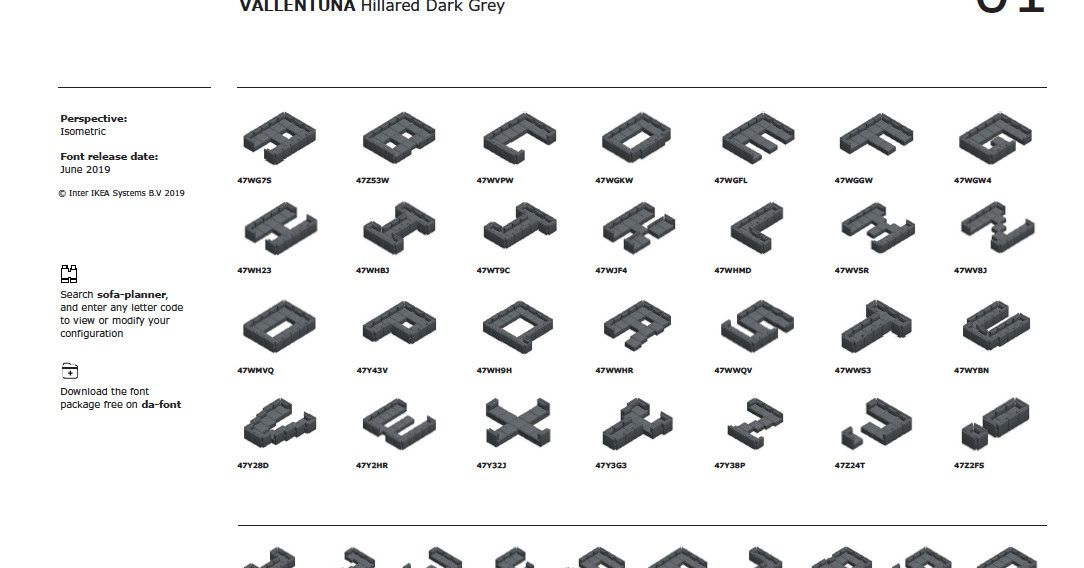 User Inyerface Let me ruin your day with this “A worst-practice UI experiment”. 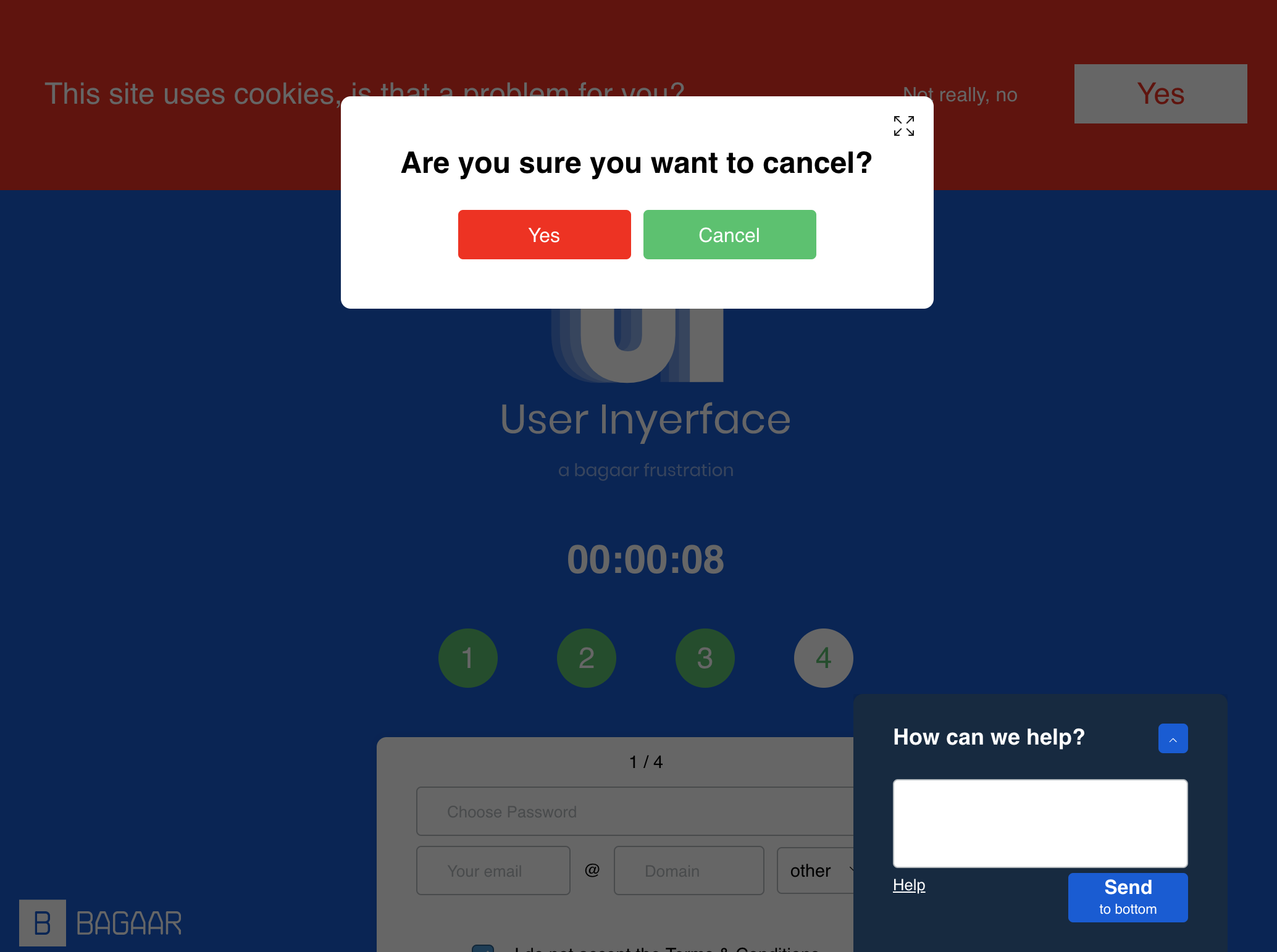 The counter argument that “best support is no support” is false. There always will be people who struggle to use the product successfully, you decide whether to support them, or exclude them.

So much of what is written about growth is noise. Here are ten of the concepts I find myself coming back to over and over again 👇

1/ The Hierarchy of Engagement by @sarahtavel
A framework for sustainable growth: (1) users completing the core action (2) accruing benefits and mounting losses to drive retention (3) virtuous loop by which user engagement fuels future growth. 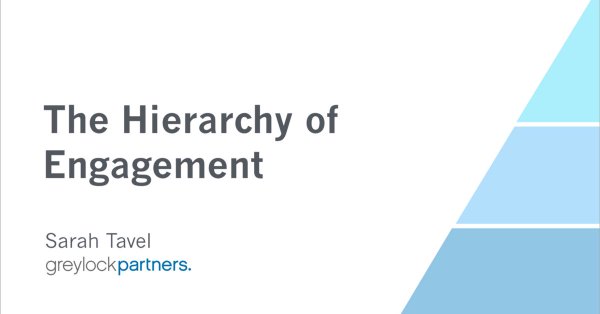 A designer is about to learn a critical lesson in affordance.

Just because you can doesn't mean you should, but if it looks like you can, someone out there will. #ux #design 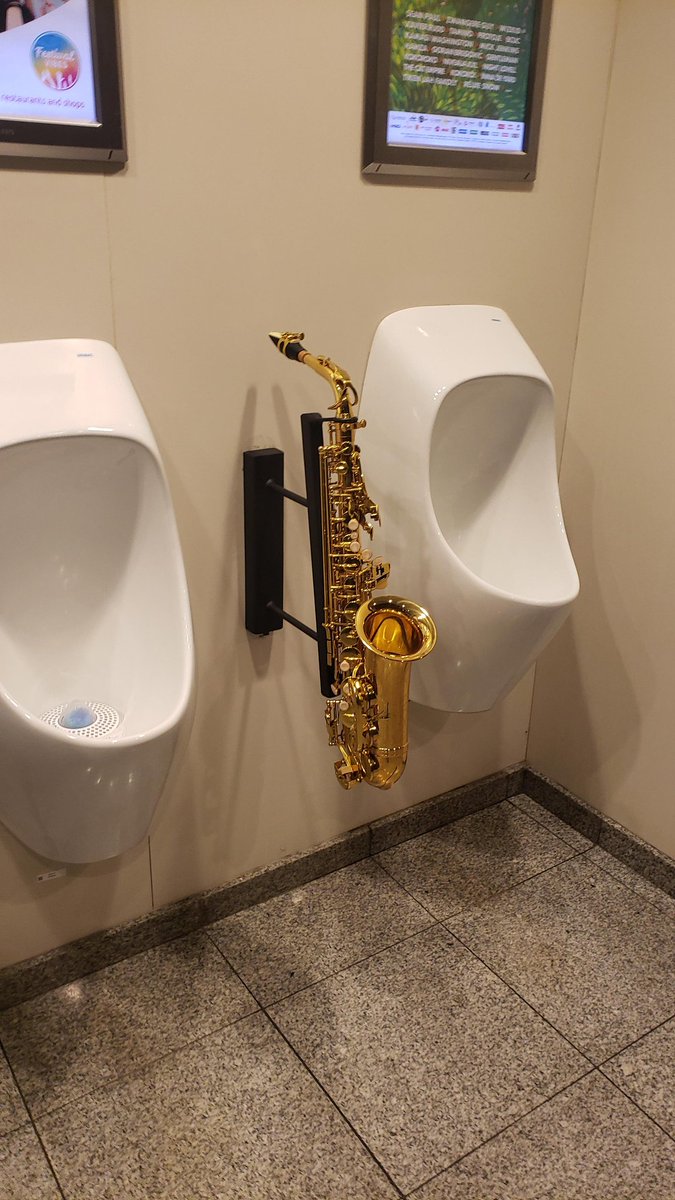 A request: don't label categories of things as "type 1" and "type 2" (etc). If you do I can't remember which is which, or indeed what is the basis of the distinction.

The only way to know if you've chosen the right technology, is to wait a couple of years. You then sum up the maintenance cost, and if it was lower than the value created, you did well.

The Simple Genius of Checklists, from B-17 to the Apollo Missions Checklists are under-rated, so here's another post about the power of checklists. 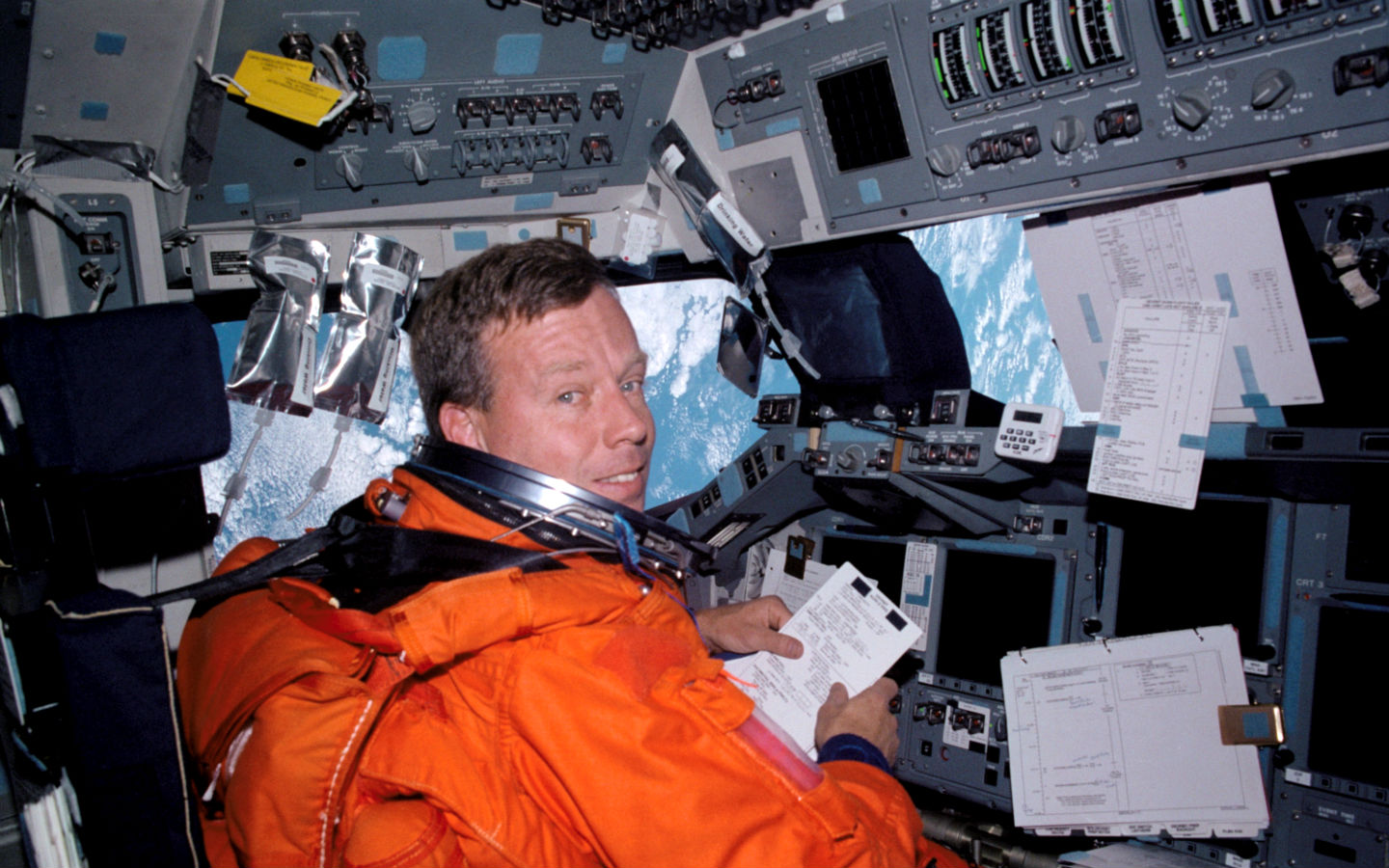 Why did moving the mouse cursor cause Windows 95 to run more quickly? TIL

Since the main mechanism was to rely only on the message loop and background operations were done through timer messages, moving the mouse would trigger a lot of messages, move the app up in priority, wake the app up, and get the app to process the background tasks messages. Without moving the mouse, the timer messages would be read up only at a rather slow interval.

The most famous app for this was the disk defragmenter where operations would wait for a message to update the graphic interface! so shaking the mouse would speed up the defrag.

"I've got databases with better consistency than you" is a thing I just yelled at an umpire.

This is a good reminder that when we say “too much magic,” what we mean is “the seams and errors are unclear to me, so I don’t feel like I have agency over the code.”

“Too much magic” is something that paints the framework as terrifying, unchangeable, and at fault.

“This is unclear to me” invites us to ask why: poor documentation? Poor foundational understanding? Too few seams in the design?
— and then fix the problem. 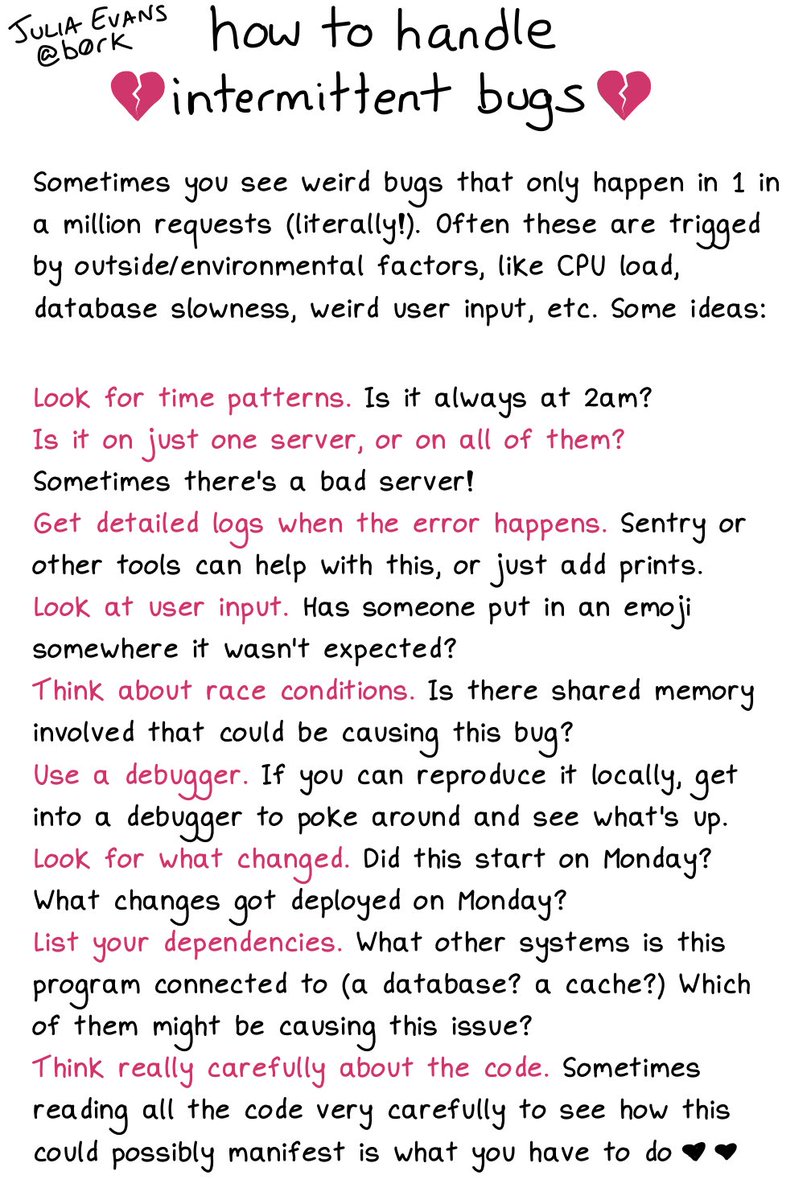 and, why I really cannot wrap my head around the "real programmers just don't write bugs" crowd. engineering is the art of building safety margins, redundancy, and tolerances into things.

But I do know that it’s indicative of a much deeper problem. The people who wrote the code for the original MCAS system were obviously terribly far out of their league and did not know it. How can they implement a software fix, much less give us any comfort that the rest of the flight management software is reliable?

Things that do NOT predict how your org is learning from incidents:

Things that MIGHT be signals that real learning is happening:

Unfortunately, one of these rules contained a regular expression that caused CPU to spike to 100% on our machines worldwide. This 100% CPU spike caused the 502 errors that our customers saw. At its worst traffic dropped by 82%.

Rich Rogers Ops in a nutshell:

If a feature is taking longer than it should, the answer is more visibility. Pair a senior engineer. Open a WIP PR. Watch out for distractions - don't try to fix everything in one PR.

Shackleford Hurtmore 👇 Thread about outside consultants and the downward spiral:

A local beehive recently hired a wasp as their queen and they then invited management consultant wasps in to identify opportunities to improve productivity. We listened in to conversations in the workspace to understand what kind of changes had been made. 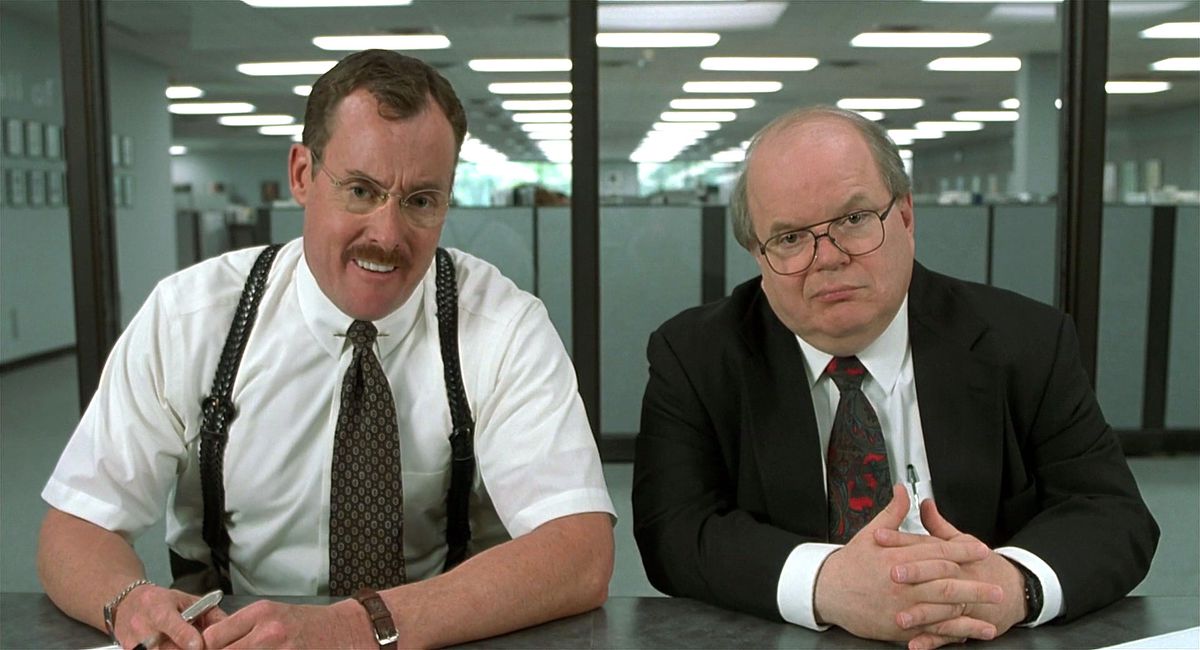 Kelly Eng 🤖 Please and thank you!

a bot that surveys everyone after a meeting “could this have been a email?” and everyone votes and results are posted to public slack channel

Track This Cool idea by Firefox. Pick a persona, and it will open 100 tabs of pure madness to fool trackers into thinking you're someone else. 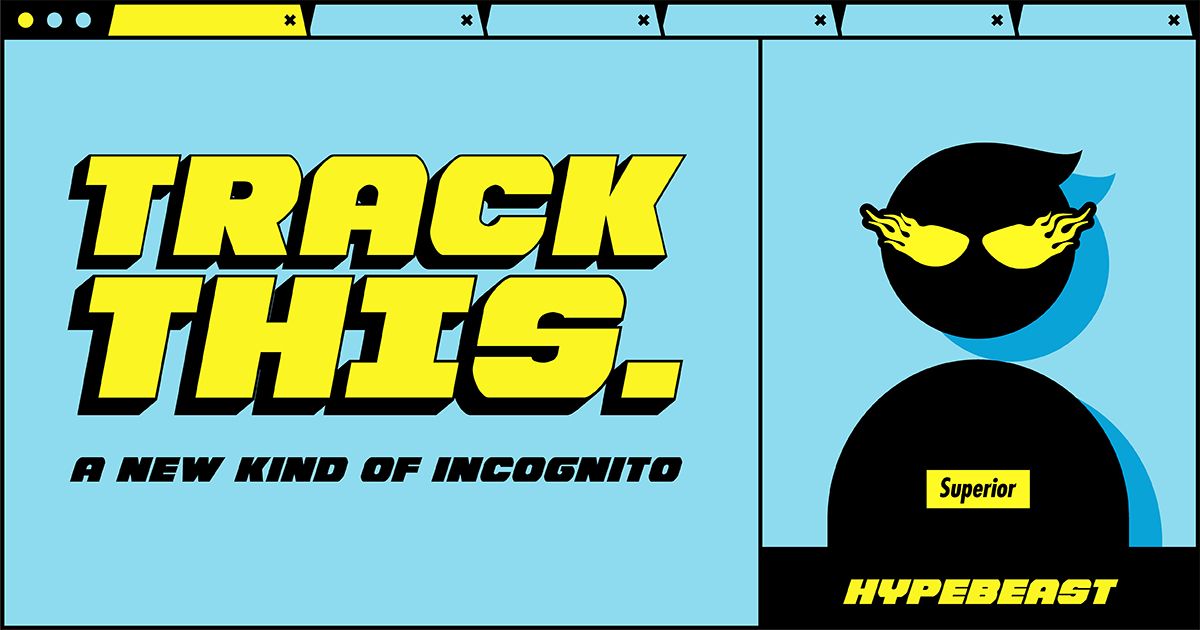 Apple just blew it with macOS 10.15. Too many unnecessary prompts popping up when you're trying to get stuff done. And they block the app from making any progress, until you press OK. This UI is conditioning people to accept all prompts.

Apple can say “we're adding security all through the OS”, but I'm so disappointed they took this approach.

Alex Stamos Alex is right, this is a bad take, yet another clickbait article:

This is bad framing and The Verge should be a bit ashamed of trying to create a little scandal out of letting blind people have a slightly better experience.

If a company has your photo THEY HAVE THE DATA OF WHAT IS IN IT. Exposing that to screen readers is only positive.

danee, goddess of dinosaurs “Can everybody just Please look at this cat”

One of the best pieces of advice was from my Year Two teacher, on how to draw a bicycle: "Spend twice as much time looking at it than drawing it".

I apply that to so many areas. More time listening than talking. More observing than doing. The outcome will always be better.

I love how people in LA rate earthquakes like wine.

“It was crisp with a good weight and a nice finish.”

For this weeks #FridayFun Nokia ad we are going all the way back to '96 when the smartphone was heralded by the Nokia 9000. This was before there was GPS in phones, but there was Fax ! A big thing at the time :-)

Apple is reportedly giving up on its controversial MacBook keyboard 🕺 Finally!!! And an edge-to-edge 16" screen MacBook Pro?

25 Words That Are Their Own Opposites In English you can be running fast, but also holding fast.

Brandon Wall 👇 Reminder that some “controversial” tweets are an attempt to incite and divide. Check before you rage-tweet (and Facebook/Instagram have the same problem):

This viral tweet complaining about the Little Mermaid casting being racist has a profile pic stolen from an Instagram model. The “half black best friend” pic is taken from god knows where, but shows up in a bunch of Pinterest BFF roundups 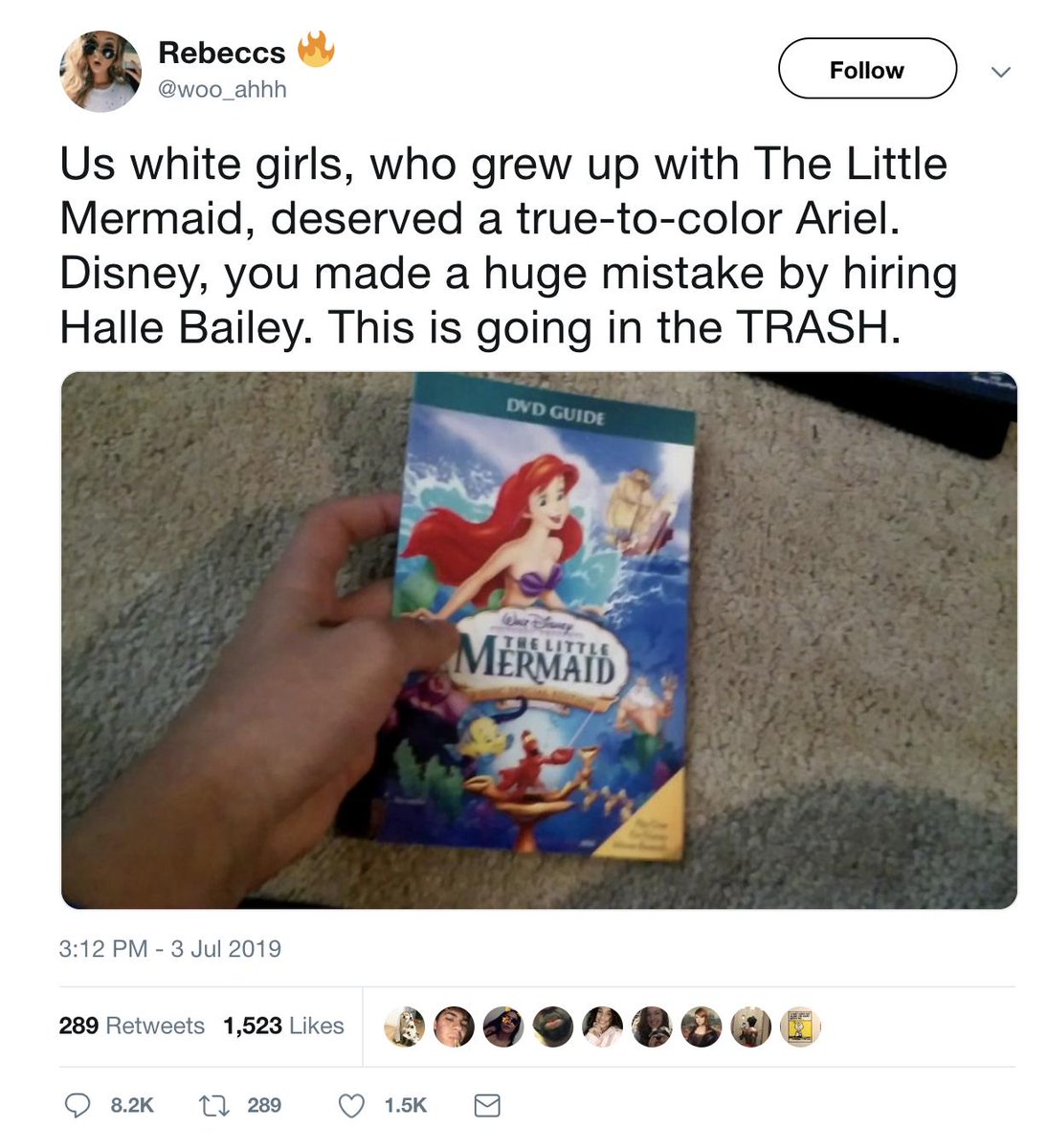 The Neuroscience of Cravings Fascinating, even though doesn't explain my love for pickled vegetables:

“I’ve never met anyone who struggles with vegetable cravings,” says Sherry Pagoto, a PhD behavioral psychology researcher at the University of Connecticut. 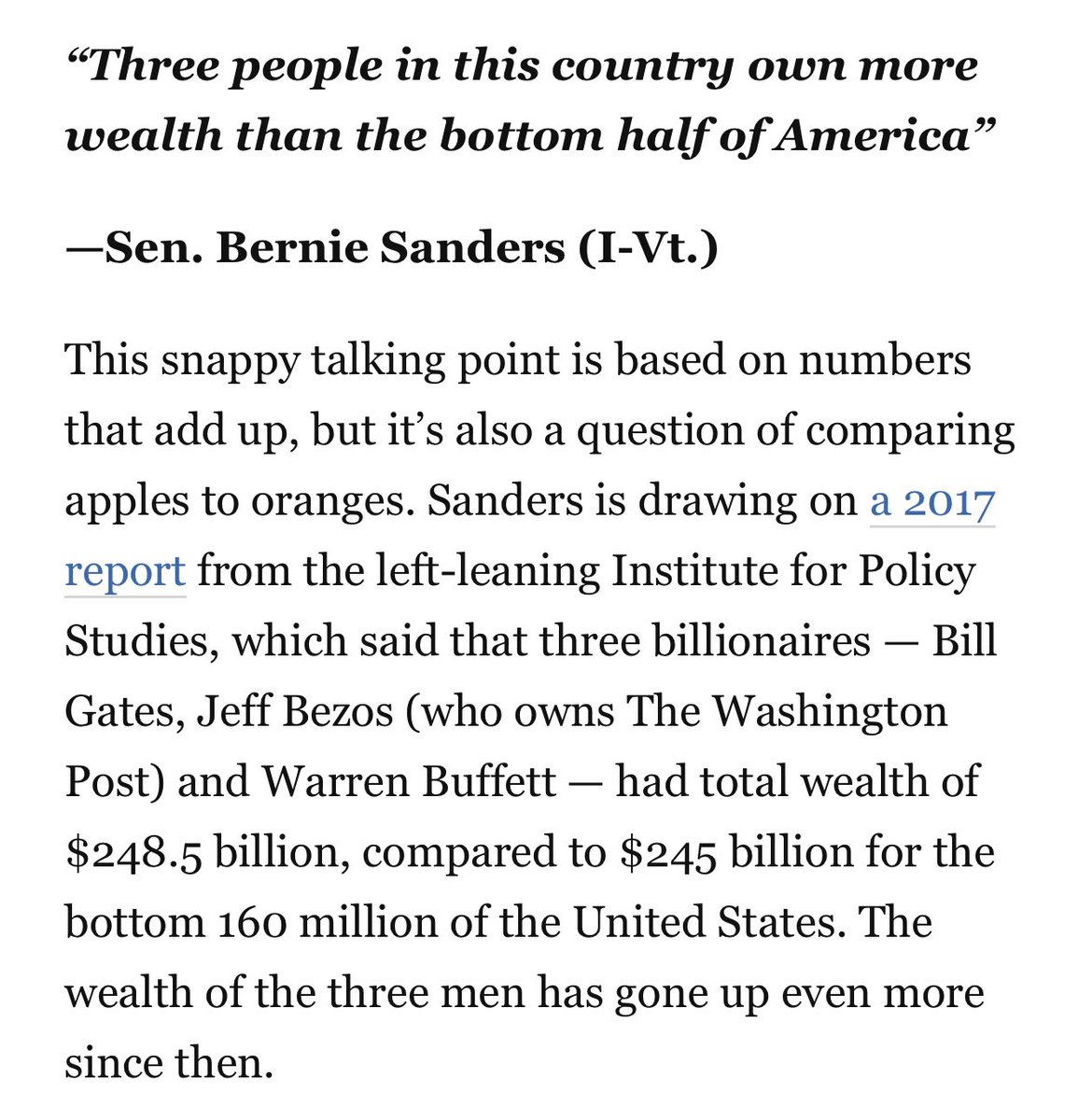 Remote Work is to millennials what Suburban Sprawl was to boomers. Geographic arbitrage enabled by new technology. The Internet & the car respectively.

WeWork vs Starbucks as office:
WeWork hotdesk cheapest in London is £200/mo, in Hackney. Free coffee and beer.
Starbucks let's say 4 coffees/day at £2/coffee (really much more) = £176.
Starbucks as an office that sells takeaway coffee, or WeWork as a coffee shop w/perks. Hmm.
Flip side of this is that Starbucks makes ~$700m/qtr selling coffee, while WeWork loses ~$700m/qtr giving it away.

We Challenged Kids to Stay Completely Still Too funny …