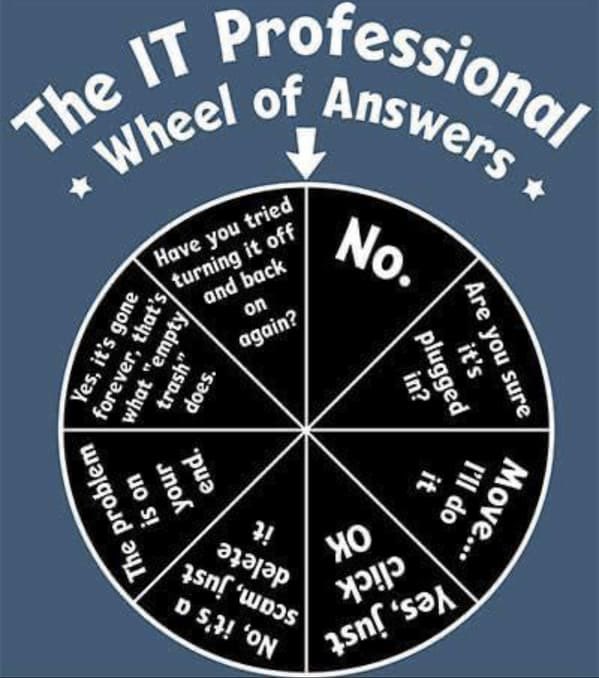 I find this incredibly hard to believe from the so called “twitter whistleblower”:

“Twitter doesn’t have a development, testing, or staging environments… just has the production environment and engineers use it for testing & development — all on live data.”

In my experience, when it comes to software quality, you want the shortest cycle time between idea and feedback. Shorten your OODA loops.

The more layers you add to your process — particularly the 4-layer cake of dev -> qa -> staging -> production — the more quality suffers.

It's an artificial disconnect between ideation and feedback. Not to mention. you're making improvements more expensive, and good ideas die in committee.

Software quality is a complex problem, adding more steps to deployment is the simple and wrong solution.

Sometimes a field can be null, have an unexpected value or be missing entirely. View any field's related values and see what to expect when you least expect it. Or check out the inferred JSON schema to see what your JSON is really made of.

Lightning CSS A new fast CSS bundler/minifier. Written in Rust, and claims to be 4x faster than ESBuild. I like how this website uses 6 different visual styles. 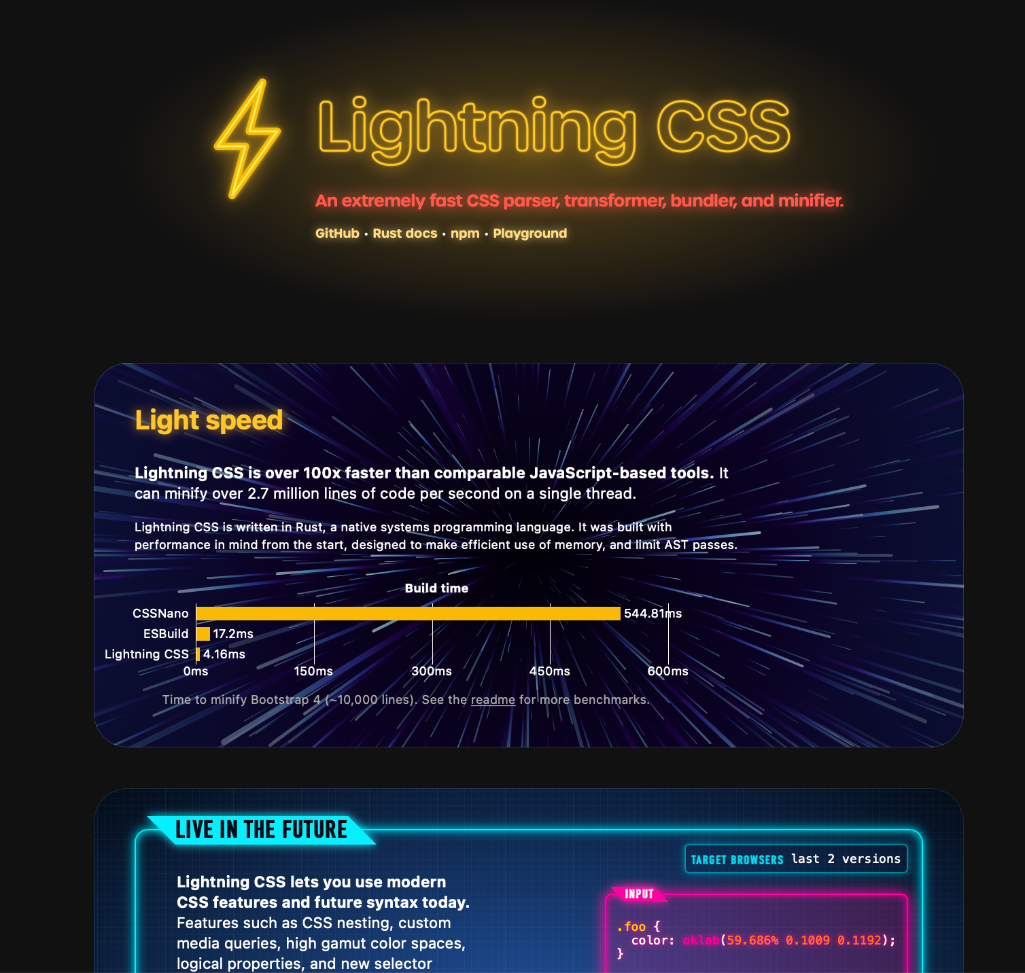 Aidan W Steele 👇 If you're designing backends or APIs:

After using AWS for ~14 years, I've internalised a handful of design patterns that I try to apply to my own software. I'm keen to know if it's the same for other folks.

(I'm not going to use the thread emoji)

Patterns An interesting take on building data pipelines and analytics. This tool wants to be cross-functional, so heavy focus on visual design, with a mix of Python code and SQL. Trigger workflows from webhook, connect to databases and APIs, ETL in and out, streaming and batching, and more. 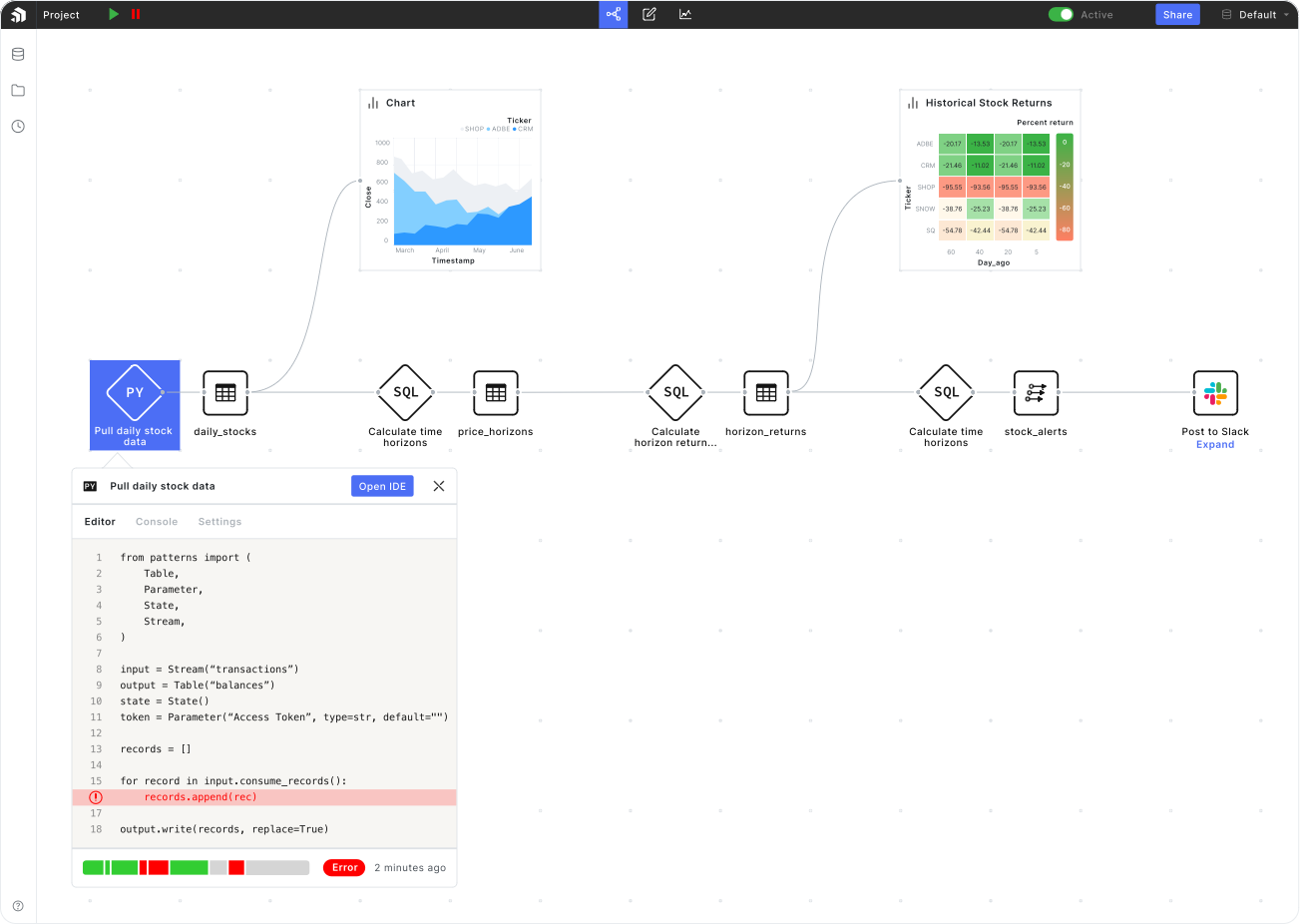 Torchlight Syntax highlighting as a service. Uses VS Code engine, so supports more languages and better syntax highlighting than client-side libraries. No flash of unstyled content. And can focus, diffs, and code collapse with CSS only.

SafeQL ESLint plugin for writing safe SQL queries. Works with any PostgreSQL client, including Prisma, Sequelize, pg, postgres, and more. Looks interesting, even though I couldn't install and get it working (Node 16).

The goal of this series is not to present music as disposable background noise to be mostly ignored or tuned out, but the complete opposite — the goal is to present music that can engulf the listener, carefully selected works that can be fully appreciated (perhaps even enhanced) despite sometimes only having peripheral attention paid to them.

Performance is the Moat So Adobe is acquiring Figma, and much of my Twitter timeline is not happy about it

Mike has a great post on what makes Figma so great that Adobe had to buy it — for $20B — and what's at risk post acquisition:

I don’t think people mind the abstract concept of Figma being acquired by another company nearly as much as they mind the very real threat of Figma losing what makes it so special in the first place: focusing maniacally on performance, thinking differently, and optimizing for user experience above all else. The backlash is an expression of how a lot of people feel Adobe has done in those categories over the last decade.

One fundamental mistake software design teams make is behaving like they are the main character in their user's life story, and not the other way around.

Okay y'all, I think I found the best idea for the Dynamic Island on the iPhone 14 Pro. I added a cat that lives up there like a tamagotchi and just hangs out and does cute stuff as you browse Reddit in my app (Apollo).

We Spoke With the Last Person Standing in the Floppy Disk Business Sometimes the easiest way to grow a business is to stay in a shrinking market:

You can see from this conversation that I’m not exactly a person with great vision. I just follow what our customers want us to do. When people ask me: “Why are you into floppy disks today?” the answer is: “Because I forgot to get out of the business.” Everybody else in the world looked at the future and came to the conclusion that this was a dying industry. Because I’d already bought all my equipment and inventory, I thought I’d just keep this revenue stream. I stuck with it and didn’t try to expand. Over time, the total number of floppy users has gone down. However, the number of people who provided the product went down even faster. If you look at those two curves, you see that there is a growing market share for the last man standing in the business, and that man is me.

‘Gifs are cringe’ TIL gifs are for ~old people~ millennials:

In a filing with the Competition and Markets Authority, Giphy argued that there was simply no company other than Meta that would buy it.

“They have fallen out of fashion as a content form, with younger users in particular describing gifs as ‘for boomers’ and ‘cringe’.”

“So now they are basically the cringe reaction image your millennial boss uses in Slack. Rather than what they used to be, which was a decentralised image type for communicating on blogs and message boards. It’s actually kind of sad how choked out the gif was by large corporations, copyright laws, and mobile browsers.”

divamgupta/diffusionbee-stable-diffusion-ui Download and run Stable Diffusion locally on your M1 Mac. This is a one-click installer, no complex setup. Helps if you have 16GB and not running Chrome + Slack in the background. Only generates one image at a time, so needs a patient hand. 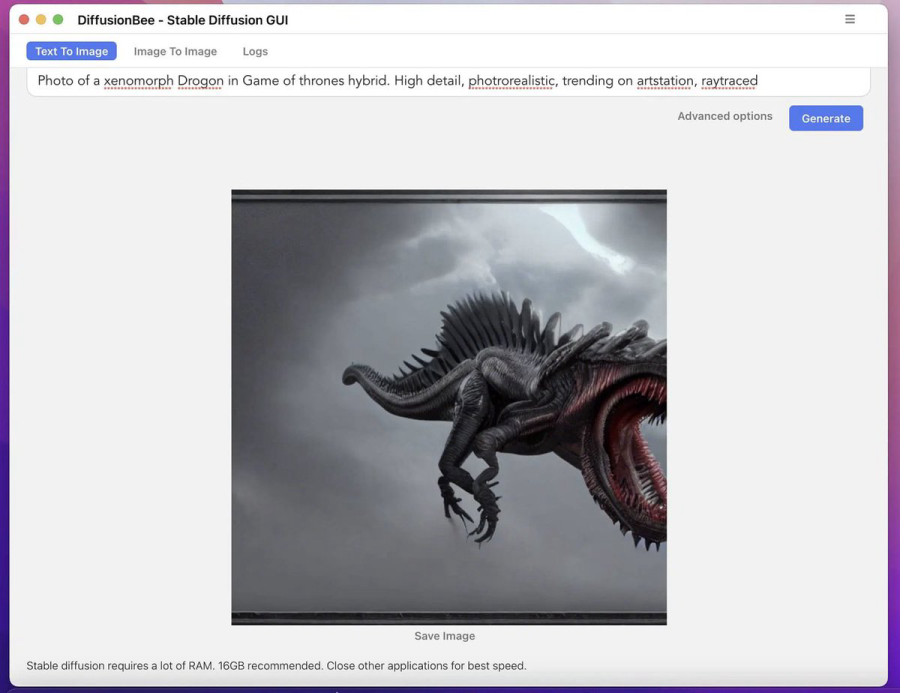 AI Mode's flagship feature is GhostWriter: an AI-powered pair programmer. We believe that GhostWriter is faster, more powerful, and more accessible than any other comparable offering. The best thing about GhostWriter? It makes writing code on mobile devices not only tolerable, but actually enjoyable: Swipe right to accept! 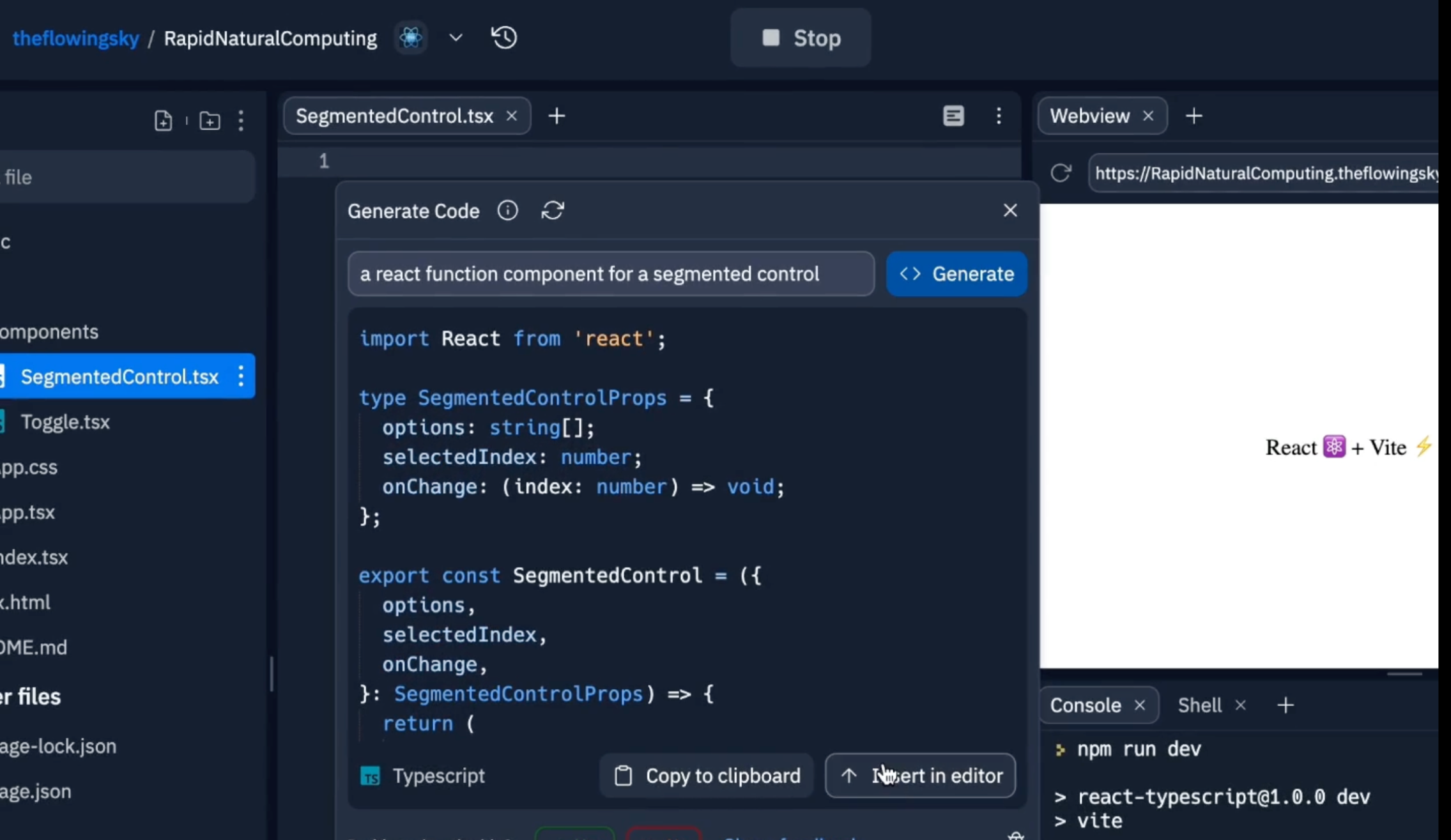 Ethan Mollick For a totally different take on data visualization (the thread has many more examples):

Data visualization inspiration thanks to DALL-E: how Rothko, Basquiat, Picasso, and Monet would create an academic chart. 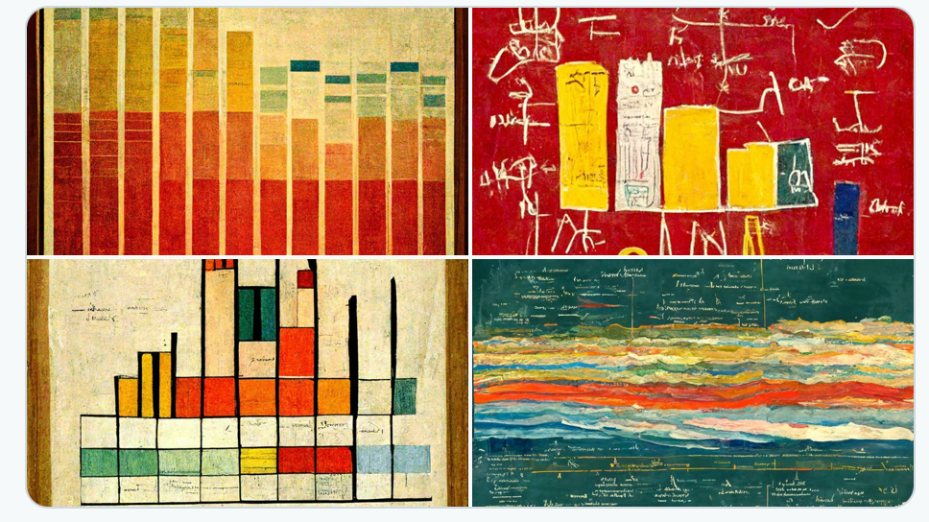 The hacker, who provided screenshots of internal Uber systems to demonstrate his access, said that he was 18 years old and had been working on his cybersecurity skills for several years. He said he had broken into Uber’s systems because the company had weak security. In the Slack message that announced the breach, the person also said Uber drivers should receive higher pay. 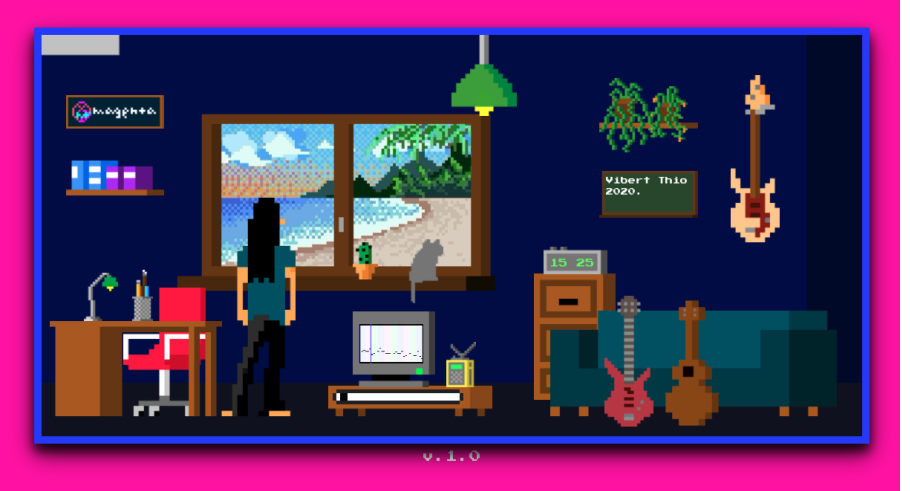 Ever wondered how a QR code works?
No, me neither but it's low-key fascinating.

(Warning, there is some extremely nerdy shit here.👇 ) 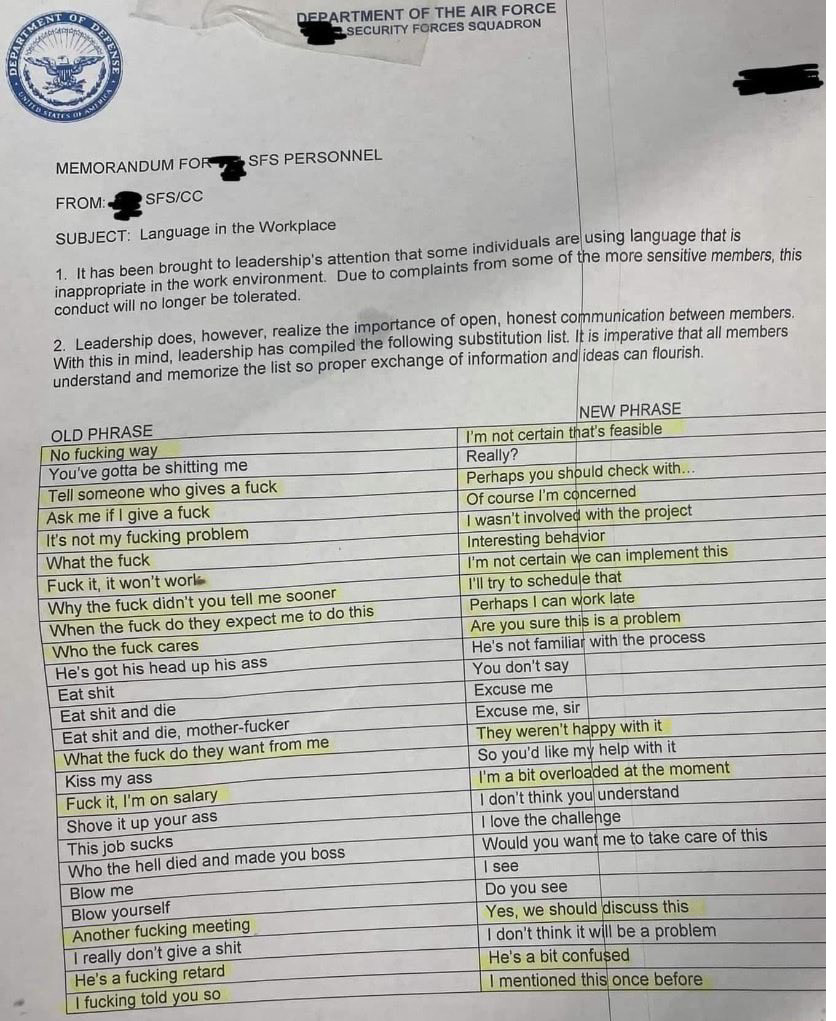