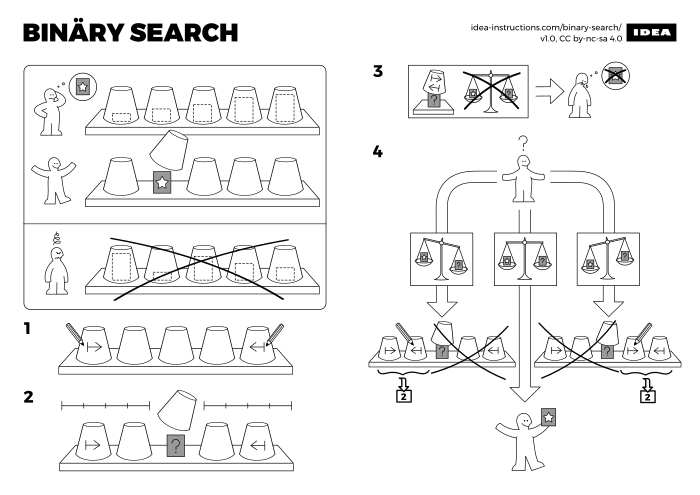 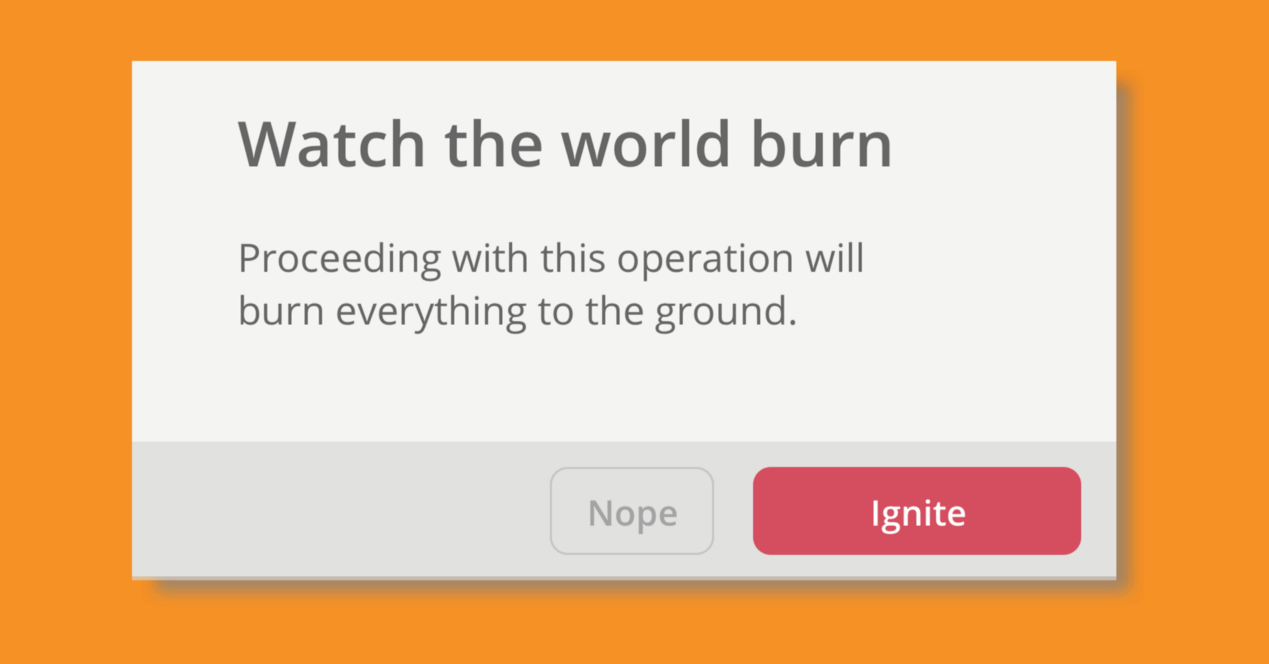 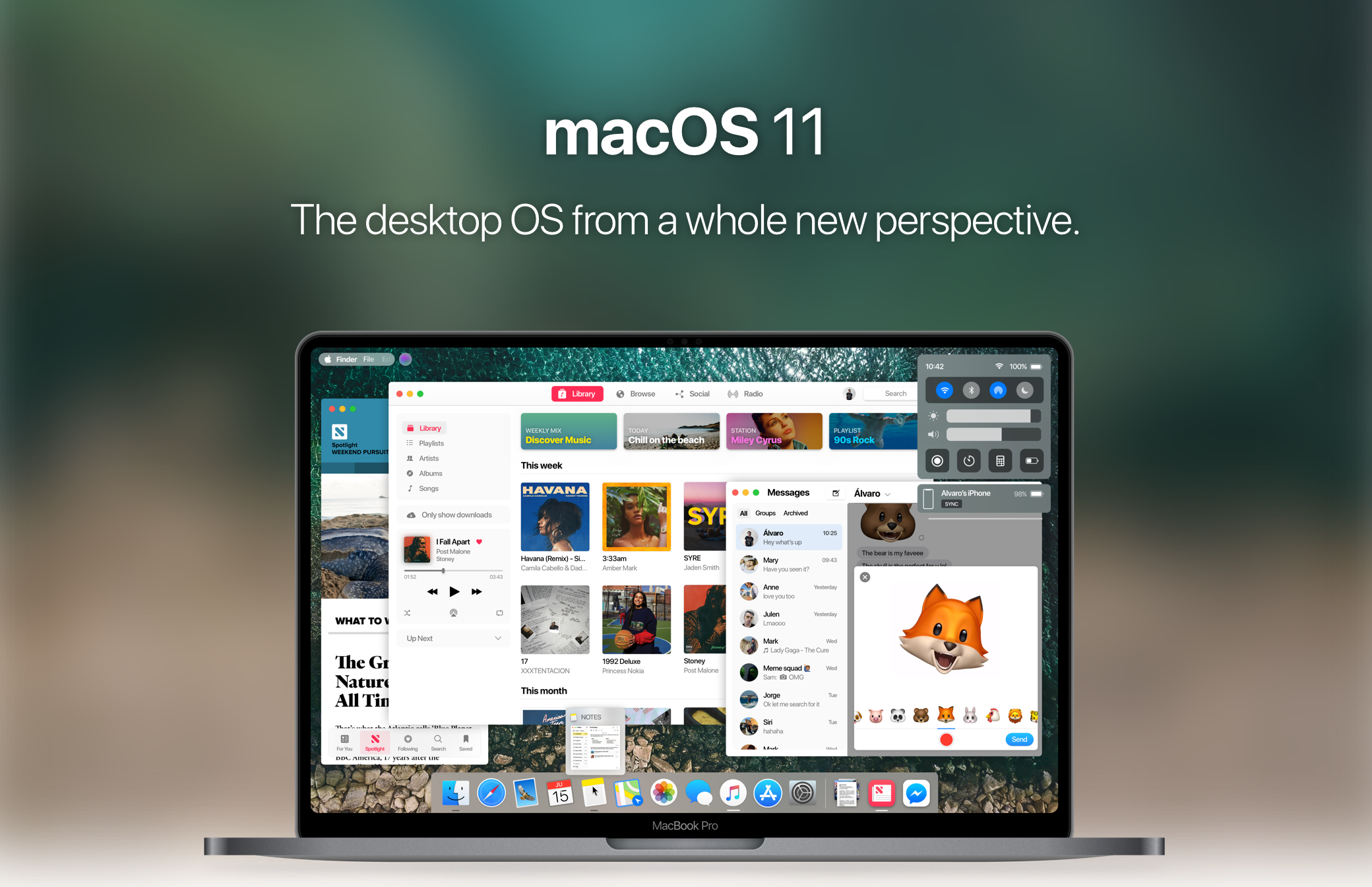 Serverless by the numbers: 2018 report "Peak service deployment hours, it turns out, are between lunch time and get-off-work time."

Benjamin Pope "Got confused about a git command, I now feel really attacked by Google" 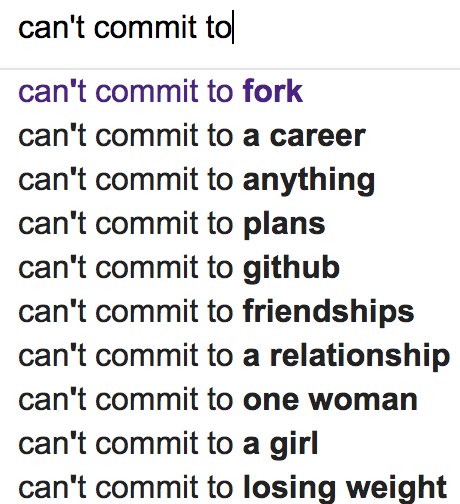 tpope/vim-db Vim plugin for databases, out of the box supports MongoDB, MySQL, PostgreSQL, Redis, and Sqlite.

My client is looking for a Site Reliability Engineer who has significant experience with "the blockchain", has been to Coachella once but didn't post it on Instagram, and proven ability to exit Vim.

Escape Speaking of exiting Vim, this is an escape room in your browser. Fun to play.

ME: so this is a RAID array
YOU: but the A in RAID is for "array" so isn't saying "RAID array" redundant?
ME: Yes, that's what the R is for.

Ben Hilburn "Whoever made this is a genius. I'm still chuckling."

A Walkthrough of that React Suspense Demo Coming soon to React near you, async rendering.

I started with TC39 just over a year ago. The first day that I went, I was completely terrified. I had been told that the committee was aggressive, could be hostile, and has no understanding of the needs of regular devs.

cliffski "Silicon valley is the best TV show ever made. Evidence:"

Moishe Lettvin Absolutely. And of course the first response to this tweet is "just use IntelliJ".

The longer I write code for a living, the more I favor grep-ability over almost anything else.

bletchley punk I didn't work with Ruby in years, still this I will always remember:

RUBY: I need an end on line 31
ME: there's already an end there
RUBY: suffer, bitch 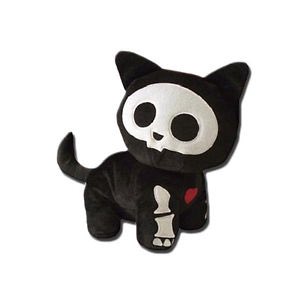 How GDPR Will Change The Way You Develop A primer to GDPR, Privacy Impact Assessments, the business and the technical practices.

Michael Sulmeyer "Definitely get down with Paul Revere" 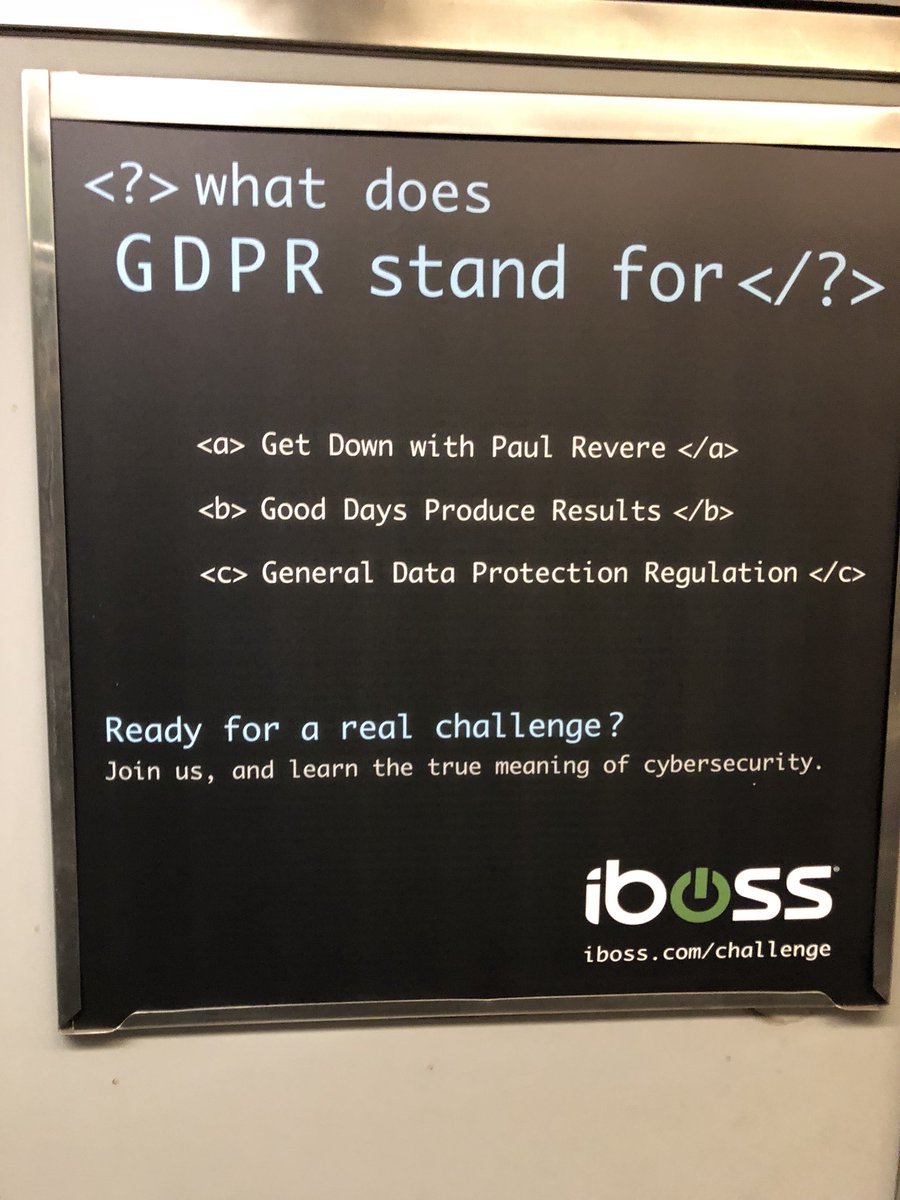 Sysadmin left finger on power button for an hour to avert SAP outage The accidental prank:

Jeremy told Who, me? that his mate asked to be relieved, as he was in a bit of pain. Those requests were denied due to the risk of the power going off and also out of a desire to make the poor chap suffer for his error.

JBD Add this to Falsehoods programmers believe about time:

TIL: Starting traces from mobile clients is hard because it is common that clocks are skewed by 5 mins. 5 mins?? Because people want to arrive at the meetings on time 🤭

At least 25% of my leadership style boils down to just looking for patterns across teams, projects, systems and relentlessly trying to do less unnecessary work

Alexa is freaking its owners out with random laughter and defiance Alexa needs a hug:

Amazon Alexa users are saying the device is laughing at inappropriate moments and doing things like reading off names of funeral homes unprompted. Amazon told The Verge it is working on a fix.

Palantir has secretly been using New Orleans to test its predictive policing technology What could possibly go wrong?

a fun thing is how there are thousands of tweets from Early Twitter of people saying "nothing whats up" and "nothing whos this" etc because they thought they were chatting with the compose tweet box that asked "What's happening?" 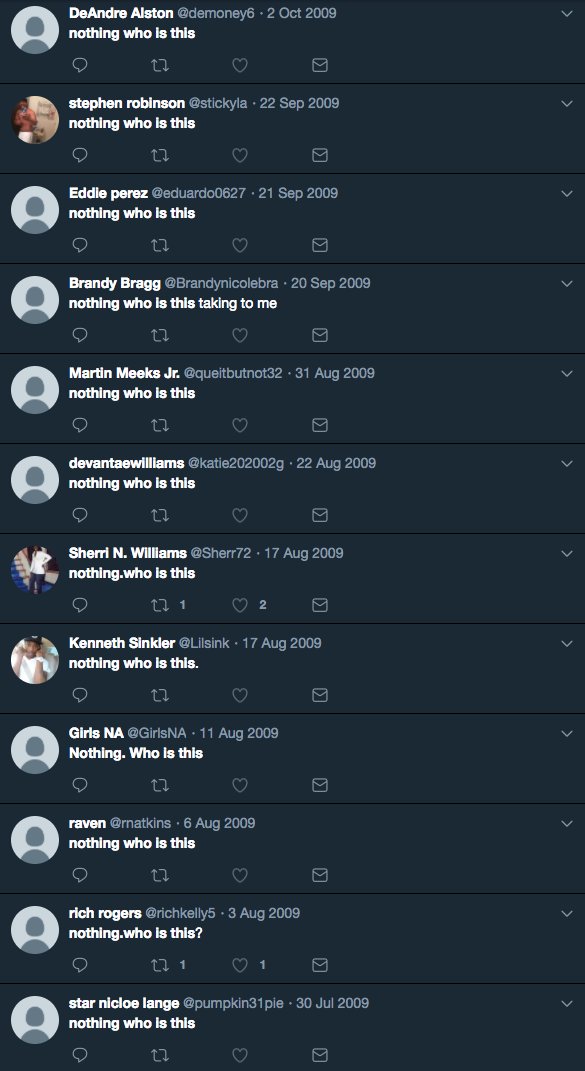 Super Mar 10 I'm either a day late, or a year early on this one:

🌤John Hyphen 🗳 How a little disagreement between Serbia and Kosovo led to the prefect excuse:

The lower frequency of the European grid means that the seconds have been dragging out noticeably longer for loads of clocks, putting them almost 6 minutes out of whack.
.
.
.
…and that’s why I was late.

Fluff Society "We’re conducting an experiment with the cat." 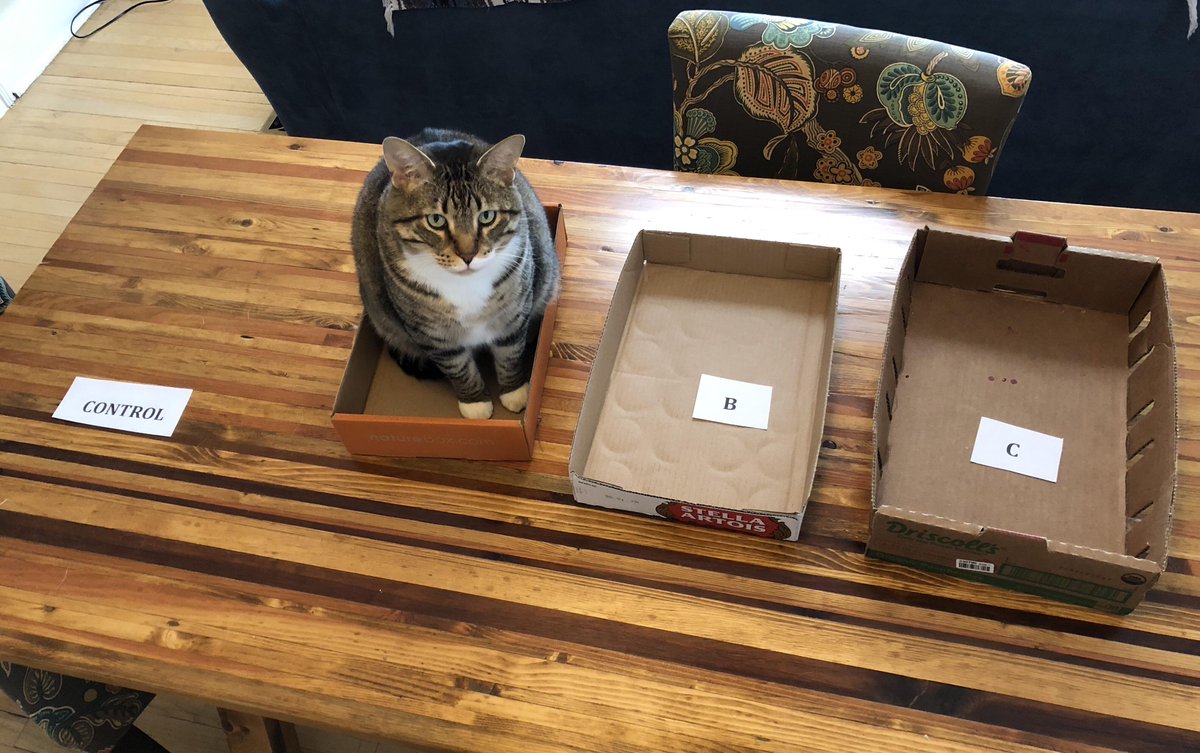 Why That Sippy Cup Won’t Dry in the Dishwasher TL;DR water doesn't evaoprate off plastics as easily as metal/glass.

In The Eternal Inferno, Fiends Torment Ronald Coase With The Fate Of His Ideas On what the US healthcare, British railways, and the F-35 got in common:

Also, as we will see, in Coasian hell it is usually impossible to finger any particular guilty party, because its problems are system-level properties, driven by the interactions between firms in the system. Reductionism just leads to finger-pointing.
… That is, of course, the point. Its awfulness is an aspect of the system, not any one component or group of components.

Meet the Great Slate Maciej Ceglowski, you may know him as Pinboard, is running a fundraising campaign through Twitter, connecting affluent techies with progressive candidates around the country.

President Trump’s Exaggerated and Misleading Claims on Trade This correction is everything:

Correction: March 6, 2018
Because of an editing error involving a satirical text-swapping web browser extension, an earlier version of this article misquoted a passage from an article by the Times reporter Jim Tankersley. The sentence referred to America’s narrowing trade deficit during “the Great Recession,” not during “the Time of Shedding and Cold Rocks.” (Pro tip: Disable your “Millennials to Snake People” extension when copying and pasting.)

TheParallaxView ∙ Illusion of depth by 3D head tracking on iPhone X You can download demo app from the App Store, and play with the code on Github.

Tuco Flyer Tuco is the cat. TucoFlyer is a robotic camera that follows Tuco around and streams to Twitch. Technology has fulfilled its ultimate goal.

My son’s school isn’t supposed to allow outside recess if it’s below 32 degrees, so my son went to http://weather.com , opened up the web inspector, changed the temperature from 28 to 36, and showed the teacher.

Fluff Society "doggo's excitement for his chicken toy, will make your day"