Responsive Design A/B Testing Leads to a 130% Increase in Clicks Litmus shares some data that backs what we ancedotally know: people prefer opening responsive emails on their mobile devices.

I want to get to an even deeper problem, which is that there's no way to tell where the border is between measurement and manipulation in these systems.

Build a SAAS business you're proud to send an email receipt for.

Flow A static type checker for JavaScript. And if you miss types, it also lets you add them to your source code.

How to Flush DNS Cache in OS X Yosemite with discoveryutil So Apple has this thing where, every OS X release has a different way of flushing the DNS cache.

Google Public DNS Flush Cache And this page let's you flush any entry from Google's Public DNS (aka 8.8.8.8).

Learn how to make webpages with HTML & CSS on Khan Academy Bookmarking this, for the next time someone asks me "how do I get started with HTML/CSS?"

Node.js in Flames NetFlix runs into a performance issue and solves it using flame graphs, which I just learned are provided by V8 for all platforms, no need for DTrace.

npme-docker npm Enterprise is an on-premise npm registry for your private modules, and npme-docker is a Docker container for easily setting up npme.

Creating containers - Part 1 An introduction to Docker, so you can get started creating that new container.

The Group That Rules the Web The New Yorker looks into the W3C sausage factory, the process that almost brought you XHTML 2.0 and EML, and the quibble with the WHATWG over the fate of HTML5.

I confess, I laughed. #css

Almost everything that sucks in programming is because somebody was trying to be clever.

Let’s Encrypt: Delivering SSL/TLS Everywhere HTTPS is nice except for that part where you have to deal with SSL certificates. Let’s Encrypt wants to solve that pain with free certificates, automatic enrollment and renewals, using an open spec called ACME, and open source code:

When Let’s Encrypt launches in Summer 2015, enabling HTTPS for your site will be as easy as installing a small piece of certificate management software on the server:

Detekt: A New Malware Detection Tool That Can Expose Illegitimate State Surveillance I probably got added to some watchlist just for sharing this link:

Detekt is an easy-to-use, open source tool that allows users to check their Windows PCs for signs of infection by surveillance malware that we know is being used by government to spy on activists and journalists.

Code of Conduct. #11 A PR to the Node.js Advisory Board for adding a Code of Conduct, the inevitable troll appearance, and a boatload of community patience. TL;DR

The idea that anybody would start haggling over details of a Code of Conduct whose basic purpose is to say "don't be an asshole" is amazing. -- @seldo

On Gender Inequality and Being “Other”

The Long-Tail is subtle and harder to spot – it’s moments like being diverted to home economics classes instead of wood shop, it’s not having female engineering role models, it’s being told you look too young and too much like a girl to be taken seriously as a professional, it’s finding out you’re not being paid quite as much as your male colleagues.

The Programmer’s Price The New Yorker's fluff piece about 10x, an agency for software talent, raises some interesting question about the role agents can play in the software industry, also what we can learn from the movie industry:

By many measures, the star system didn’t work that well for Hollywood: it made moviemaking more expensive, which made studios more risk-averse, which led to inferior creative projects.

This Teacher Taught His Class A Powerful Lesson About Privilege Crappy title because BuzzFeed, still good story to bookmark for when I need to explain how privilege works and why it's invisible to some.

This weekend, ISS astronauts will get their first zero-g coffee maker Another good reason to pay the ISS a visit: they serve espresso! 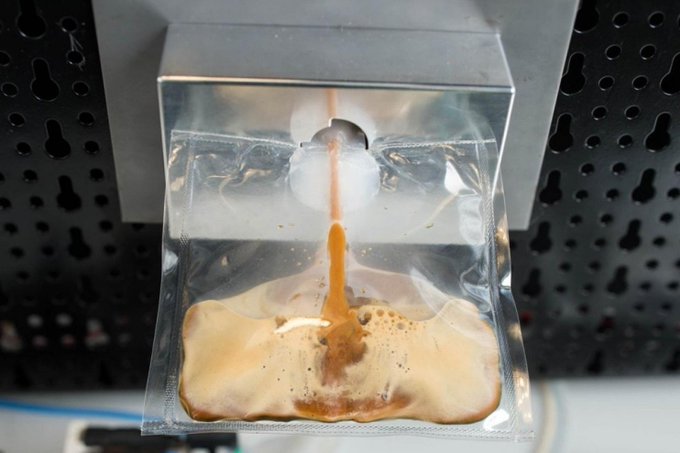 It does something that you could previously do in the regular Facebook app, except now it’s a completely separate app.

And Lo, a Taco Emoji Appeared Among Them Unicode consortium considering adding taco, robot face, mosque … why no facepalm?

When Government Succeeds The cheap cynicism we take at face value is a disease that sickens American politics:

The moral of these stories is not that the government is always right and always succeeds. Of course there are bad decisions and bad programs. But modern American political discourse is dominated by cheap cynicism about public policy, a free-floating contempt for any and all efforts to improve our lives. And this cheap cynicism is completely unjustified. It’s true that government-hating politicians can sometimes turn their predictions of failure into self-fulfilling prophecies, but when leaders want to make government work, they can.