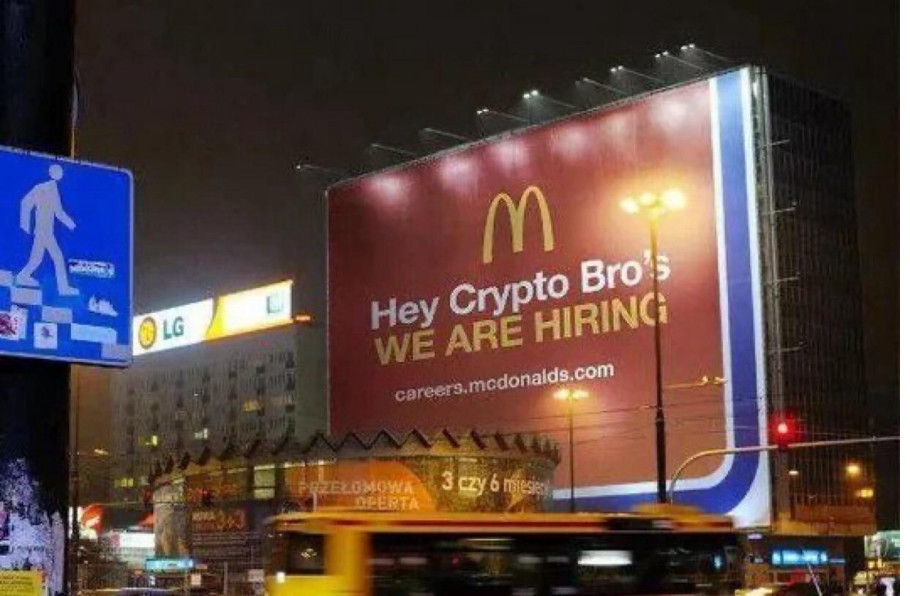 AutoAnimate add a nice touch to your UI. Use autoAnimate on the parent element, and it will add transition effects whenever a child element is added, removed, or moved. Works great for lists, grids, tables, etc. And for UIs that show/hide elements, you get a nice reveal/disappear effect.

This is what it looks like if you're using with React. Also supports Vue and vanilla JavaScript. 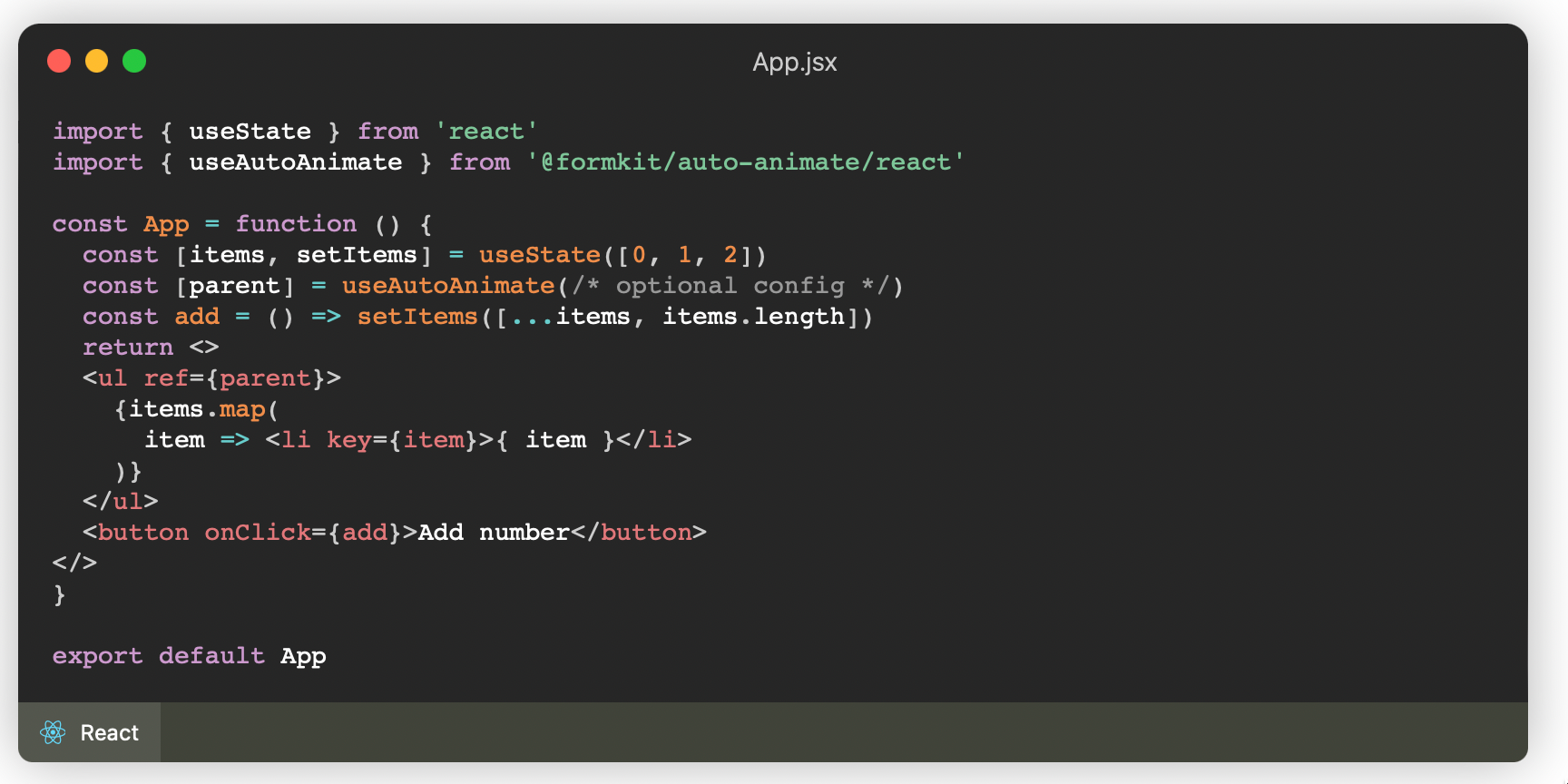 Markdoc Stripe's Markdown-based authoring framework goes open source. While MDX gets its superpowers from mixing Markdown and React components, Markdoc keeps them separated: the document is Markdown with templating capabilities:

With Markdoc, contributors can iterate quickly without having to subject their edits to a code review and the standard of technical scrutiny that we would have to apply to a format that supports embedded JavaScript. Markdoc also helps us enforce stronger controls around presentation and page logic, avoiding situations in which one-off hacks and procedural content generation introduce bugs and unpredictable behavior. 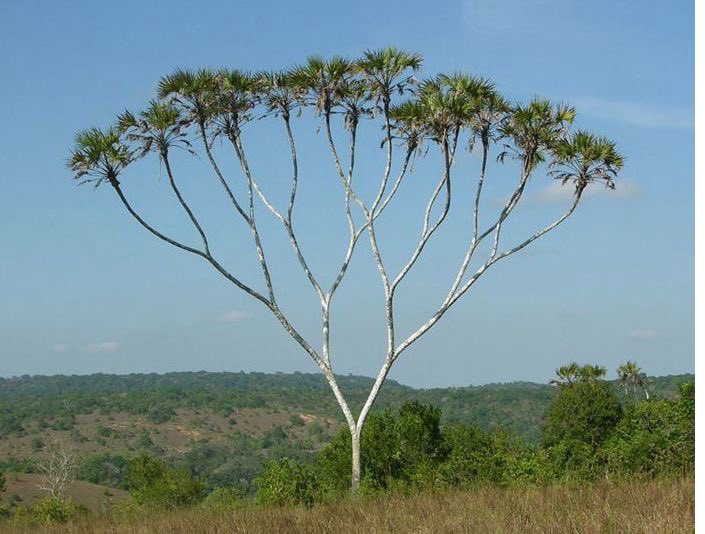 The Surprising Truth About Pixels and Accessibility A great explainer of why UIs need to use a combination of px, em, and rem, and where you would use each unit of measurement:

Remember that rem values scale with the user's default font size. This is a good thing when it comes to typography. Is it a good thing when it comes to other stuff, though? Do I actually want everything to scale with font size?
…
When we use rem values for horizontal padding, though we amplify this negative side-effect! We're reducing the amount of usable space, further restricting how many words can fit on each line.

If Programming Languages Were Futurama Characters 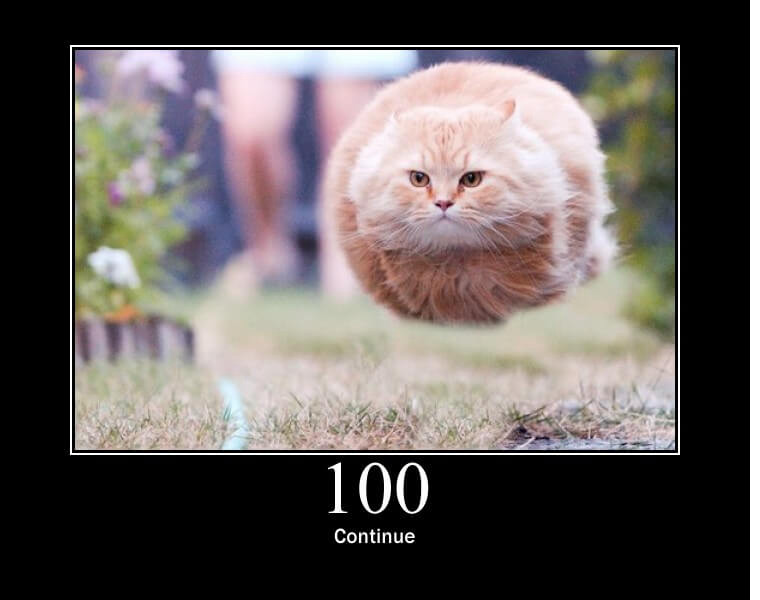 One of the secrets was in how we used them: DRIs routinely skipped levels in the org chart. The project/DRI hierarchy was separate from the org chart. It was a stripped down version of it.
…
This is part of what is so frustrating about project methodologies. They add terminology, process, paperwork, and bureaucracy. We did our best to take away, to do more with less. /end

Why a Meeting Costs More than a MacBook Pro Related, this seems more or less accurate:

And this is dead-on accurate:

In my experience, corporations with the most meetings are often also stingiest with dev equipment and educational/training expenses – a classic case of penny wise and pound foolish.

The death of ‘mandatory fun’ in the office I feel you:

During a particularly weird HR intervention at a branch office I worked at, all the managers were required to sit through a team building exercise where we were handed crayons, construction paper, glitter, markers and other kindergarten craft tools, and required to create some kind of personal expression and share the result with each other.

Since then, what I have come to think these exercises are is a test of supplication, and of whether you can convincingly and competitively debase yourself better than your next peer.

Dan Robinson 👇 Some great stuff in this thread:

README - Uncurled “everything I know and learned about running and maintaining Open Source projects for three decades.“ And the name of this book is spot-on!

Because of my background and life with Open Source and probably a lot because of the relative success some of my projects have had, I frequently get questions about subjects related to maintaining Open Source. How to run a project and what makes them succeed? … This document is my attempt to convert those thoughts and experiences into words.

Manish Singh YC's message to founders is the new RIP Good Times. Growth-first is taking a break, and please welcome "You can often pick up significant market share in an economic downturn by just staying alive". 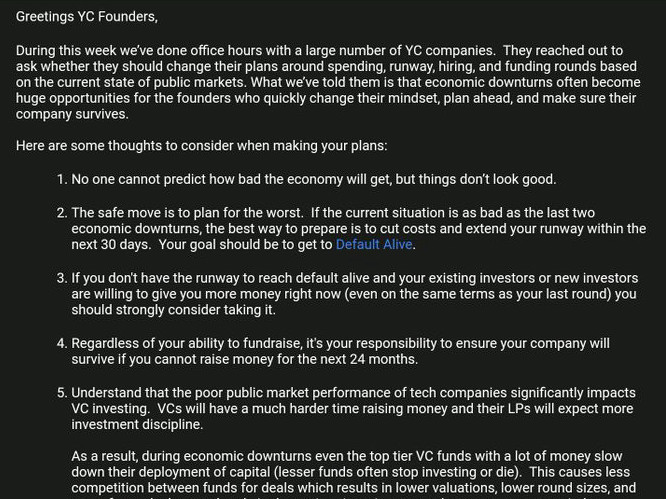 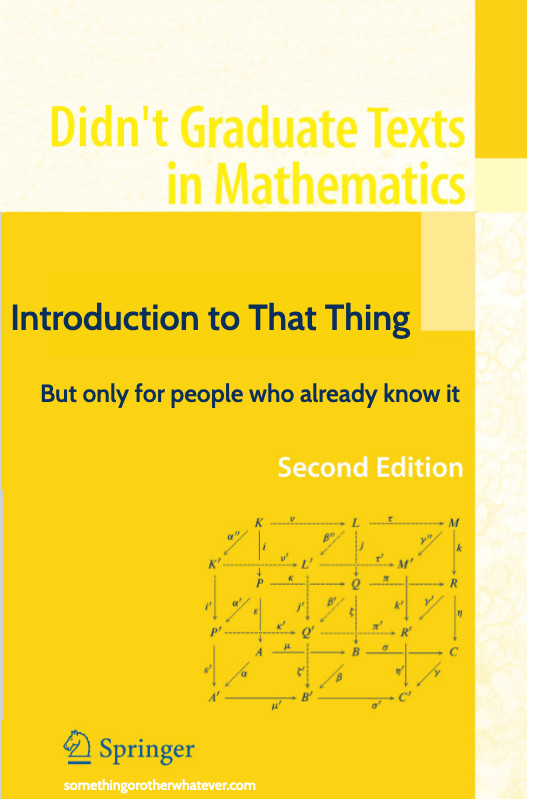 The power move at this point would be for Twitter to offer to buy Tesla.

Spite buildings “Feuding brothers, thwarted lovers, and a lot of spoiled views: ‘spite buildings’ are our smallest human pettiness made manifest in bricks and mortar. Here are some of the best/worst” 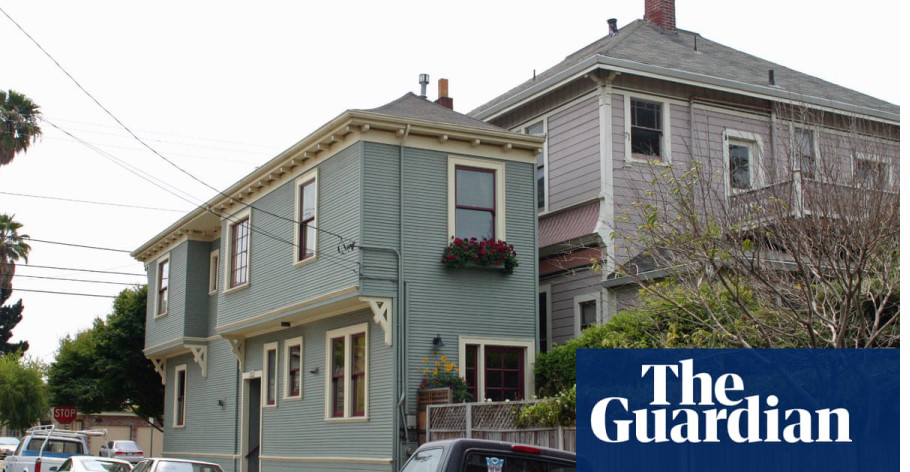 OnlyFans creator says when her IG account got deleted she started stalking down FB employees on LinkedIn and having sex with them until one finally gave her her account back.

Why This Computer Scientist Says All Cryptocurrency Should “Die in a Fire” Is this why VCs are so bullish on web3 (via Sujal)?

JaDropping Science The fastest way to empty a bottle.