The End Of Apps As We Know Them Very insightful post from Intercom on the changing ways in which we interact with mobile apps: indirectly through notifications, widgets and cards embedded in other apps.

@andywhitlock: I drew you a picture. To help those conversations. 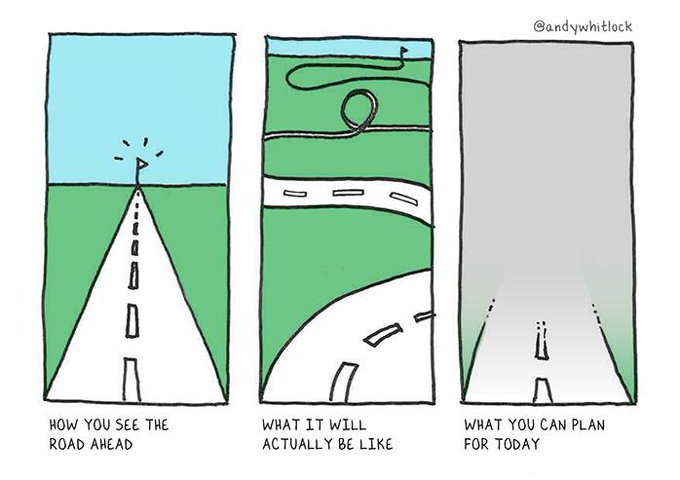 Appetize.io If you don't have access to a Mac, or the patience to install XCode, Appetize lets you access the iOS Simulator on demand from your browser.

Data Visualization with JavaScript Free online book that will teach you how to write data visualization in JavaScript. Looks like a good read, complete with code samples.

Gemba Bills itself as "Drag & Drop Git for Designers". It's a nice idea, allows designers to think in terms of files and assets, developers to manage commits and diffs. And I like that you drag & drop file, it figures out where to place new files, or which existing files to replace.

Optimizing SVG for the Web SVGO is a command-line tool for optimzing SVG files by trimming the XML fat.

AdDetector For a more transparent internet: Chrome/Firefox extension tells you when you're reading sponsored content.

Espruino Pico Kickstarter campaign for a USB stick that runs JavaScript. Basic building block for make your own hardware and run your favorite language.

The iPad Air 2 (And a Few Cursory Words Regarding the iPad Mini 3) Consider that today's iPad Air has the same storage, much sharper display, longer battery life, and better performance than the first MacBook Air. Here's how it compares to an iPhone.

The Art of Creating Simple but Flexible APIs I really like the practical tips presented here. Given that we work with APIs all the time, let's all strive to be better at designing and implementing them.

Service Oriented Architecture vs. Dunbar's Number The relation between Dunbar's number and how many servers one person can administer, and how SOA affects that.

No time to write tests because you’ve got a deadline, but there’s always room for marathon debugging session

Who Really Found the Higgs Boson Modern day scientific discoveries are no longer the domain of the lone genuis, but the collaborative effort of tens and sometimes thousands of people. But especially, I like how they deal with data dredging:

“We don’t work with real data until the very last step,” she explains. After the analysis tools—algorithms and software, essentially—are defined, they are applied to real data, a process known as the unblinding. “Once we look at the real data,” says Tackmann, “we’re not allowed to change the analysis anymore.”

Company culture: unwritten rules are worse than badly written ones

“That is just the way things work around here.”

“They should have known.”

GM's hit and run: How a lawyer, mechanic, and engineer blew open the worst auto scandal in history More about company culture and unwritten rules:

The report mentions the “GM Nod,” which the company’s newish CEO, Mary Barra, explained was a staple of GM managers, nodding in agreement at steps that should be taken then doing nothing, and the “GM Salute”: where employees would sit through meetings with their arms folded, as if to say responsibility lay with anyone else but themselves.

When You're In Charge, Power (And Testosterone) Corrupt--No Matter How Honest You Are Well, it's great to have some research behind this, even if it's based on WEIRD people playing games.

Immigrants aren't taking your jobs, they're making their own Interesting statistics about immigration and job creation.

Adjust your iPhone's brightness from the homebutton with this iOS 8.1 trick Really nifty trick that allows you to turn brightness up/down with a triple click on the home button. I use this to darken the screen when it gets close to sleeping time, and brighten again when I wake up.

Retailers Are Disabling NFC to Block Apple Pay Retailers like CVS and Rite Aid are disabling Apple Pay in their stores because they're part of a competing standard called CurrentC. Here's what we know about CurrentC so far: it will link directly to your checking account, which is a great idea, because retailers never get hacked (CC have fraud protection, checking accounts don't). It will use QR codes which consumers love, love and also love. In return, retailers don't have to pay any CC processing fees, while passing all fraud liability to you the consumer, and also get to better track your spending habits.

The ethics of The Guardian's Whisper bombshell In a surprising discovery, the "anonymous" Whisper app is actually tracking its users in the most creepy way possible. To me the surprising part was how brazen they acted, telling a Guardian reporter all about it.

Hostile Subdomain Takeover using Heroku/Github/Desk + more Service providers like Github and Heroku allow you to claim xxx.example.com subdomains under their service, but they don't validate domain ownership, so anyone can claim your subdomains. Watch your DNS settings to make sure they don't allow this.

The War On Women

Rape and death threats are terrorizing female gamers. Why haven’t men in tech spoken out? Shame on us:

The truth is, even if we stopped Gamergate tomorrow, it will have already come at too high a cost.

We're Losing the War for the Smart Home Standards are so great, let's have more of them! If you're hopeful for the Internet of Things, it's going to be a few more years before all your devices actually work with each other. Or maybe never.

An updated map: The devastating toll of the anti-vaccination movement Scary, scary stuff.

This Man’s Simple System Could Transform American Medicine A good writeup on bringing more science to the medical profession and applying NNT (Numbers Needed to Treat). Also check out this site which categorizes various treatments by their real life effectiveness (as measured in NNT).

Around 1:30 ET, three-and-a-half hours into his coverage, Mansbridge paused to update viewers. “What do we know with certainty right now?” There was no place for exaggeration, rumor, or mistakes. It was like watching grown-up news.

Douchebag: The White Racial Slur We’ve All Been Waiting For Well written and worth a reading.

Peter Thiel, Believe It Or Not, Is A Marxist Consider this:

Marx’s true argument wasn’t that capitalism was unjust, but that it was self-contradictory. His core economic idea (and Thiel considers the same point central to his own philosophy) was that capitalism and competition are incompatible, because a perfectly competitive market yields no profit.