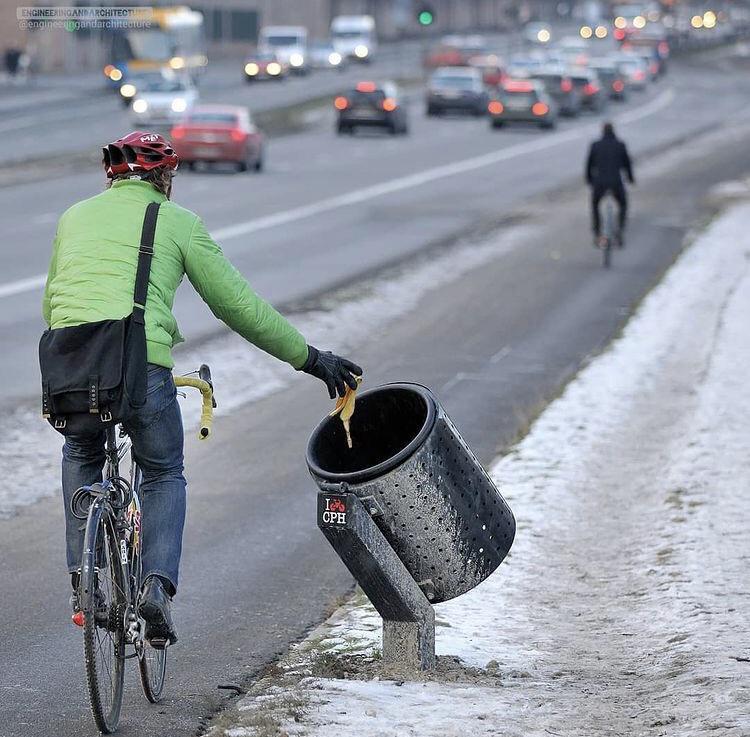 Bin for cyclists in Denmark

Behind the scenes, AWS Lambda To better use a platform, you need to know how it works:

Workers have a lease lifetime of 14 hours, when a worker approaches this maximum, no further invocations are forwarded to the worker and the worker is terminated. Each worker has the ability to host one concurrent invocation, but is being reused if multiple invocations of the same function occur. Lambda never reuses an execution environment across multiple functions. 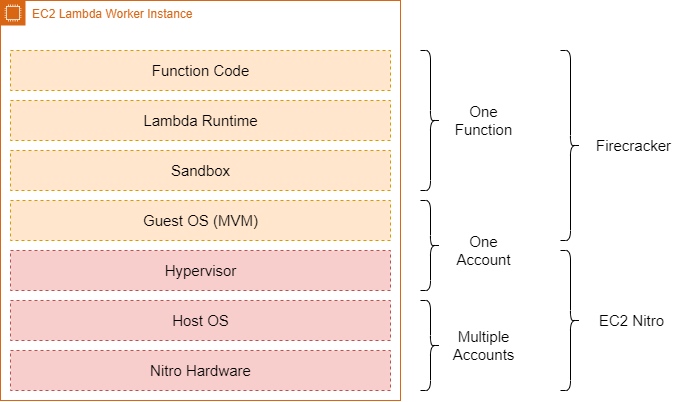 Give me /events, not webhooks This post clearly explains the benefits of using an /events endpoint + long polling. Simpler and more reliable than webhooks. On the web we don't have much of a choice, most platforms support webhooks and few support event streams. For internal applications don't go with webhooks as the first choice just because they're prevalent on the web.

The advantage of long-polling over websockets is code reuse and simplicity. Most integrations involve some form of polling anyway, whether you are backfilling data or replaying mishandled events. The ability to switch from eg backfilling to listening for new events in real-time with a single parameter tweak is a huge win.

Earthly “It's like Makefile and Dockerfile had a baby.” 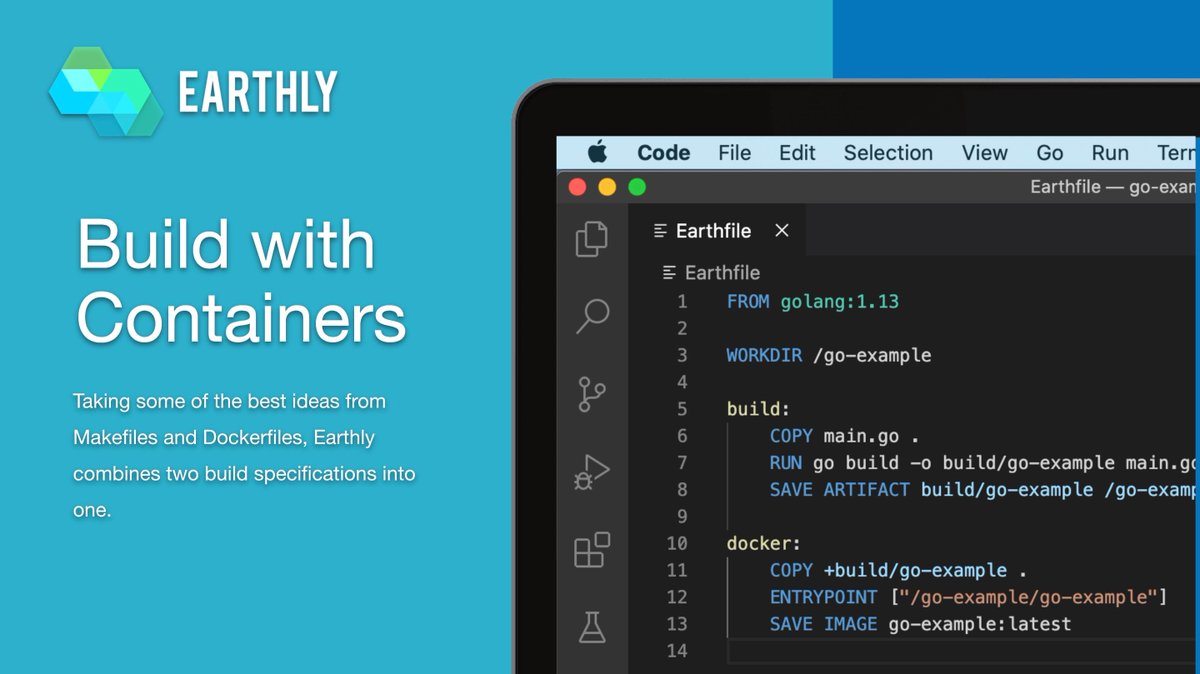 Scalable but Wasteful or Why Fast Replication Protocols are Actually Slow The difference between practice and theory:

While many sophisticated protocols, such as EPaxos, Atlas, SDPaxos, Comprmentalized Paxos, appear in the literature, and some of them are rather popular in the academic community, the production systems tend to rely on more conservative approaches based on Raft, Multi-Paxos, or primary-backup.

I have a theory here. I think many of these “faster” protocols are often slower in real life. This has to do with how the protocols were designed and evaluated in the first place. So bear with me and let me explain.

badidea If you travelled back 20 years and told my past self this would happen, I would not have believed you:

Who named it Go and not Errlang?

Auth0 I enjoyed this ad, maybe too much …

A former boss is turning into an anti-vaxxer because the COVID vaccine is “untested” which is an ironic turn of events if you’ve ever had to maintain code he wrote. 🙊

Wow! This Compiler Won’t Compile Anything Unless The Code is Perfect On the First Try

am I testing this software or is it testing me

How to Ask Useful Questions Asking useful questions is a skill that requires practice:

Keys for asking for advice:

Be clear and precise about what you're trying to achieve.
Be clear about your priorities, and include any known tradeoffs. The recipient can't read your mind or set your priorities for you.
…

Workers who realise they’re experiencing boreout may also be reluctant to flag it up as an issue to line managers or human resources. While the behaviours that feed into burnout – overwork, drive – are appreciated and rewarded by employers, boreout “reflects a lack of interest, a lack of motivation”, says Harju. “These are very much taboo in organisations.”

Jackson Palmer 🧵 The founder of Dogecoin has some choice words about the current state of cryptocurrency:

After years of studying it, I believe that cryptocurrency is an inherently right-wing, hyper-capitalistic technology built primarily to amplify the wealth of its proponents through a combination of tax avoidance, diminished regulatory oversight and artificially enforced scarcity.

Ming Zhao A look at the Ransomware Economy:

Maybe it’s taboo to learn business strategy from a cybergang. But the ransomware industry-- from supply chain operations to market microstructures-- is truly genius. 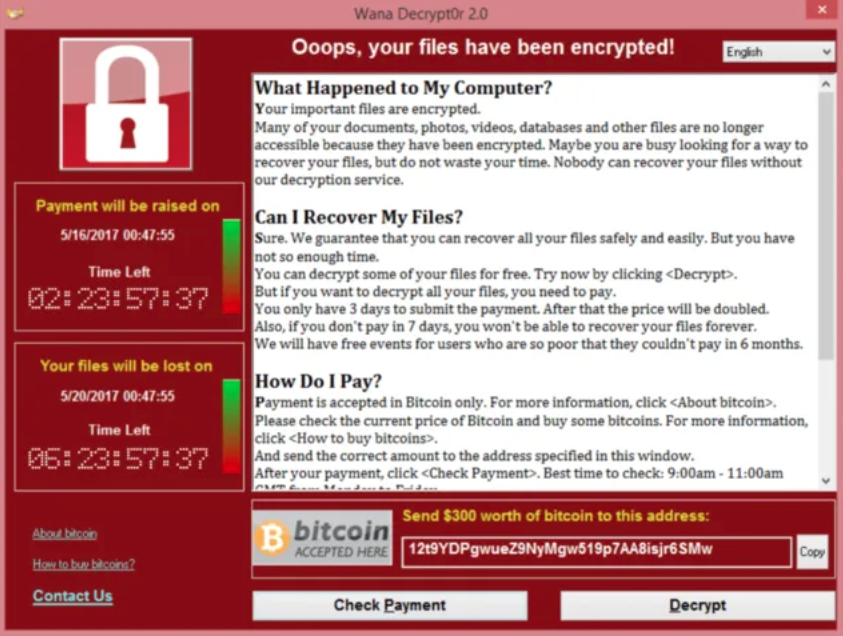 Blender Bot 2.0 An open source chatbot that has long-term memory and can search the internet so you get better conversations. This is interesting and all, but what caught my eye is this term … “hallucinate knowledge”

If you told GPT-3 or BlenderBot 1.0 something yesterday, it will have forgotten it by today. Worse, because of deficiencies in their algorithms, those models infamously hallucinate knowledge — that is, confidently state information that isn’t correct

… With its ability to access memory and reduce hallucination, BlenderBot 2.0 builds on the original version of BlenderBot, the first chatbot to blend a diverse set of conversational skills — including empathy, knowledge, and personality — together in one system. 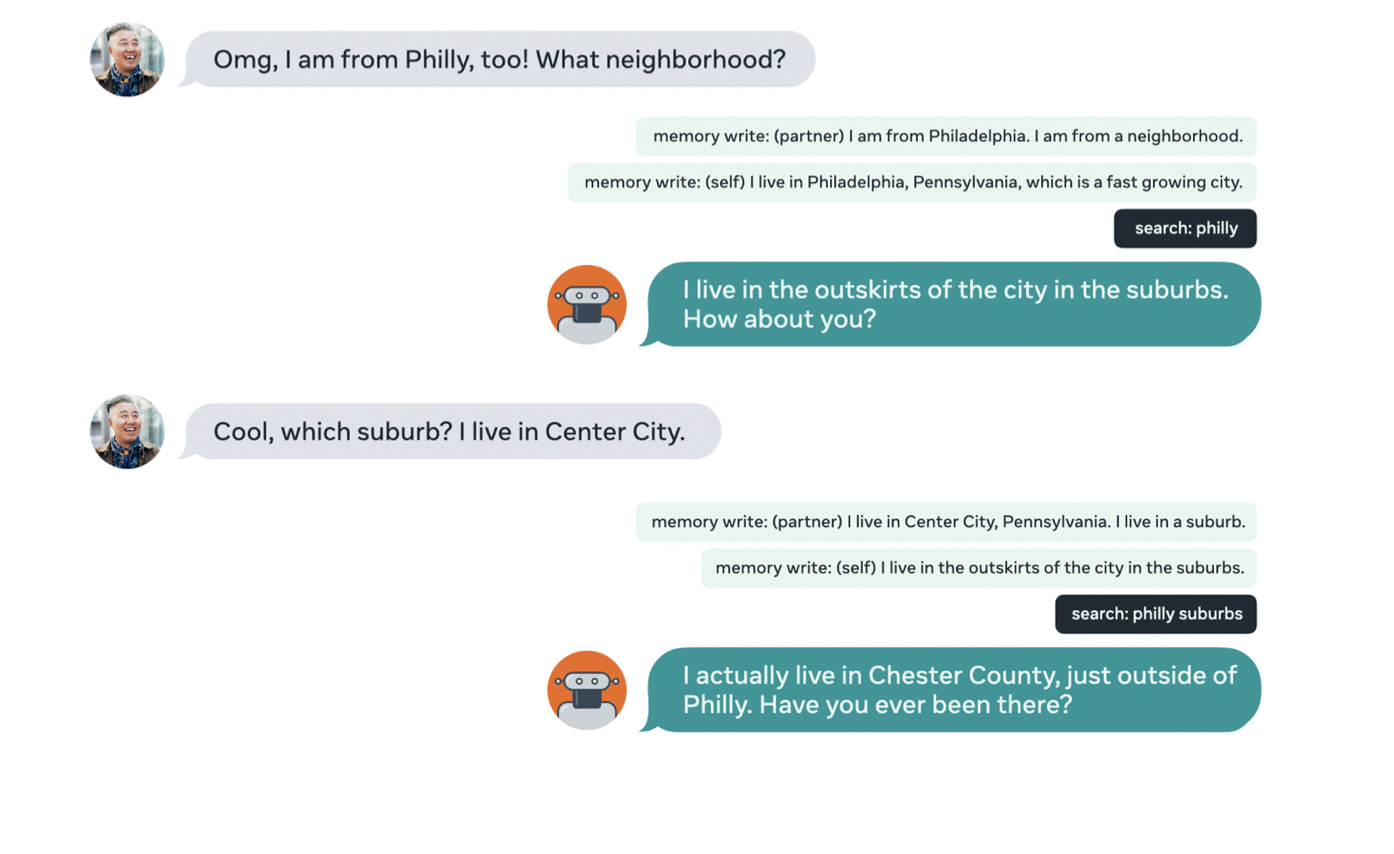 “When we created robotics [systems], we thought that we could go very far with self-generated data and reinforcement learning. At the moment, I believe that pretraining [gives] model[s] 100 times cheaper ‘IQ points,'” Zaremba said. “That might be followed with other techniques.” 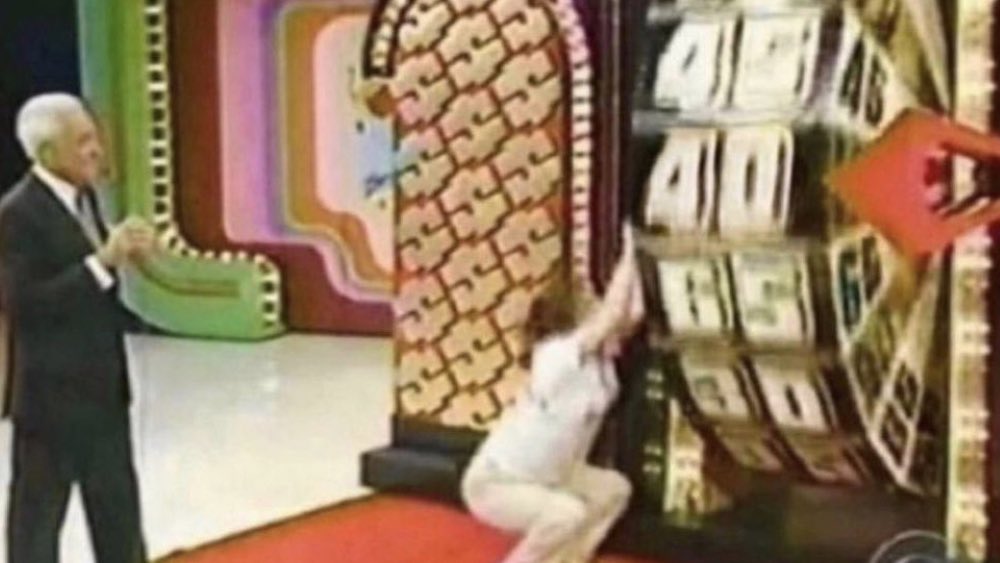 Director of Taco Relations The perfect job does not exist …

You will be our official eyes and ears for all things tacos. … travel across the country in search of the latest taco trends, dialogue with other like-minded taco connoisseurs across social media …

jd vance's "holler aunt" “I'm sorry this is... a dress, right? Like I am not against it! But we've invented GuyDress: The Badass Dress for Special Ops Woodsmen” — badass dress comes with pockets … deep large easy-reach pockets. 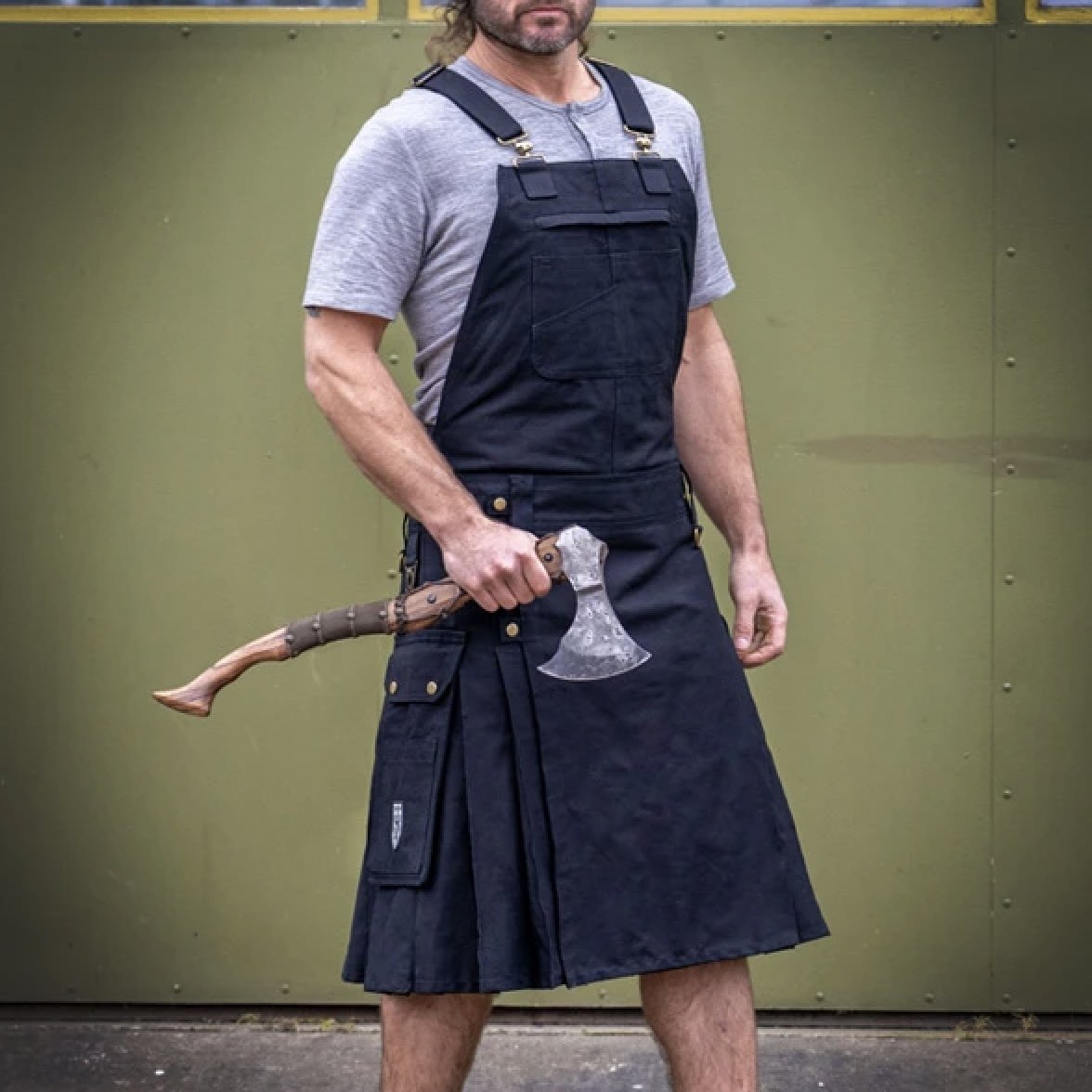 Doctors Might Have Been Focusing on the Wrong Asthma Triggers If you think about it, it’s a world of viruses taking advantage of human need for closeness and touch:

Ordinary respiratory viruses may play a bigger role in asthma attacks than previously thought, Israel said. People with asthma, like everyone else who masked up and practiced social distancing, were this year exposed to many fewer viruses known to trigger flare-ups. Even asymptomatic infections that normally go unnoticed might cause an asthma attack in someone whose airways are especially sensitive. “That extra irritation, that extra inflammation, pushes them over the edge,” Israel said.

Some places avoid paying kitchen employees overtime using various strategies such as misclassifying them or asking them to clock in for two distinct jobs. Gabi, for example, starts her day as a prep cook, then shifts to a line cook. “When we came back, they told us, ‘Here we don’t just have one hourly. We have a mixed hourly. If you like that, take it, if not, well …’”

kayewhitehead “There are a lot of conversations that we need to have: this right here is NOT one of them” 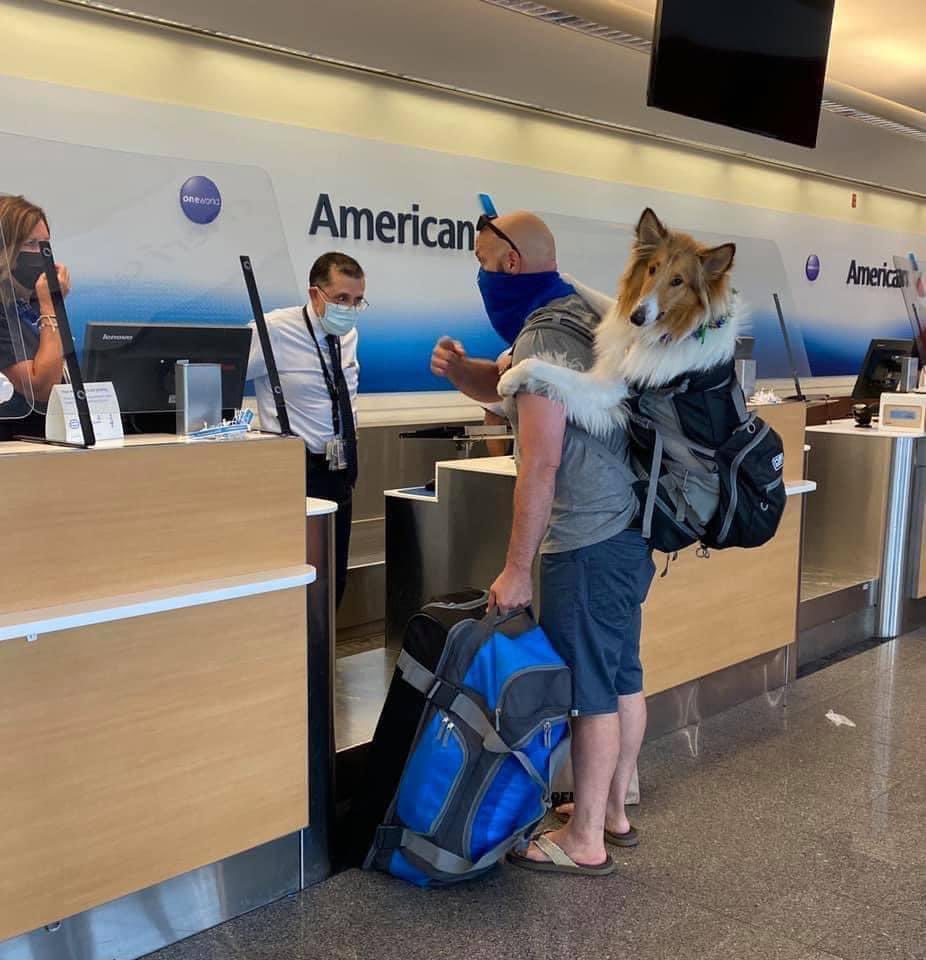