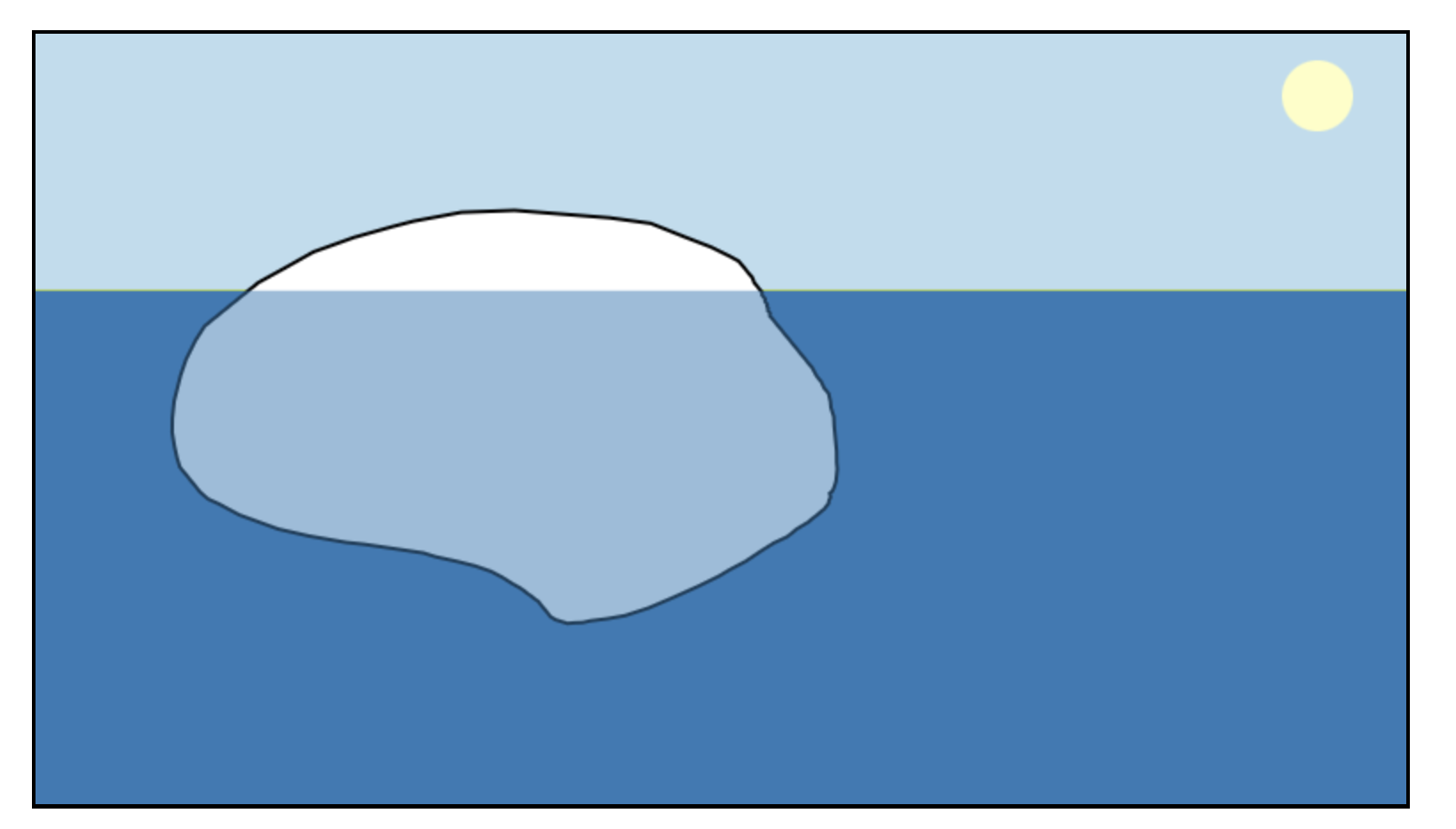 Iceberger Draw an iceberg and see how it will float.

jungmin-ryu These 3D characters are so delightful. 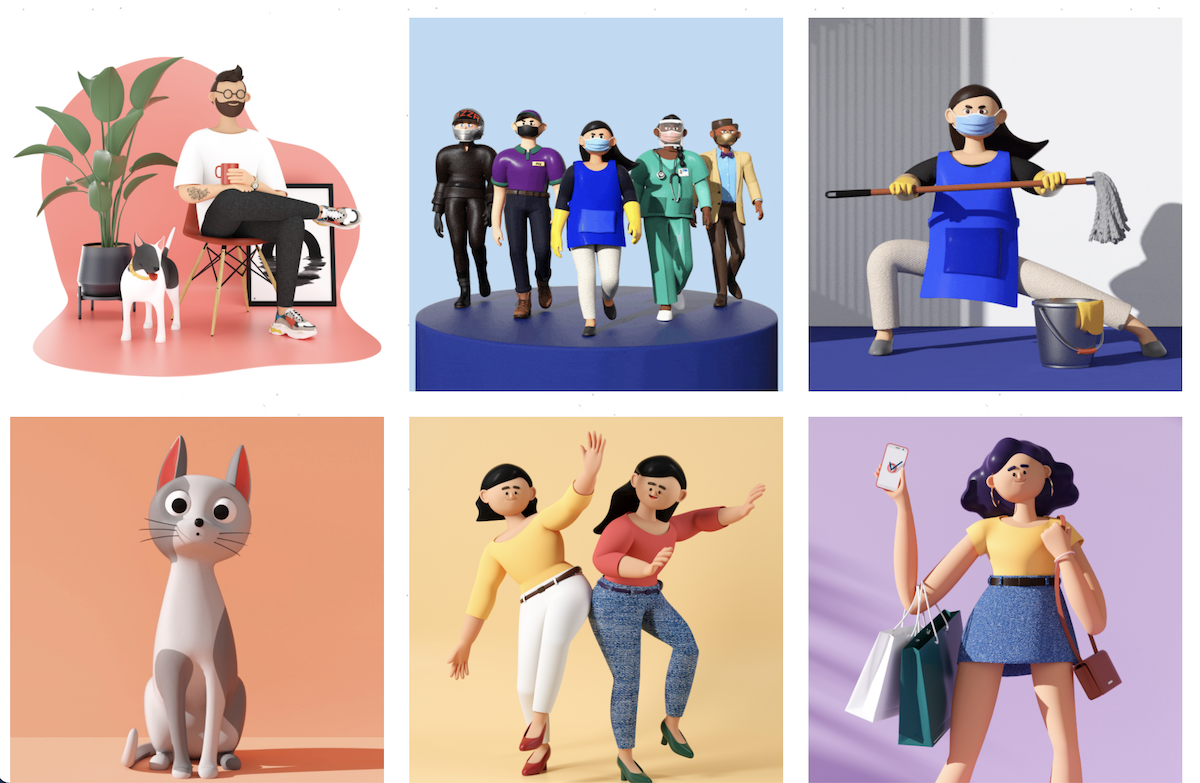 LinkedIn’s Alternate Universe This makes a pretty interesting argument. In my network, the makers (developers, designers, etc) hate on LinkedIn. The people who use LinkedIn all come from the business side of the house (sales, marketing, etc). It does feel like LinkedIn is antagonizing because it's aggressively fake and performative:

The professional platform doesn’t quite work because it's a collection of contradictions. It's the site with millions of users that nobody you know uses. It’s where you put your resume, but never apply for a job.

LinkedIn is bizarre because it tries to make this hostage situation fun. Even though it’s not. Not when you add stories, audio messages, DMs, a social feed, or anything else. The platform might be less alternate universe and more down to earth if the truth was acknowledged: performative professionalism, job hunting, and networking are extensions of work not play. 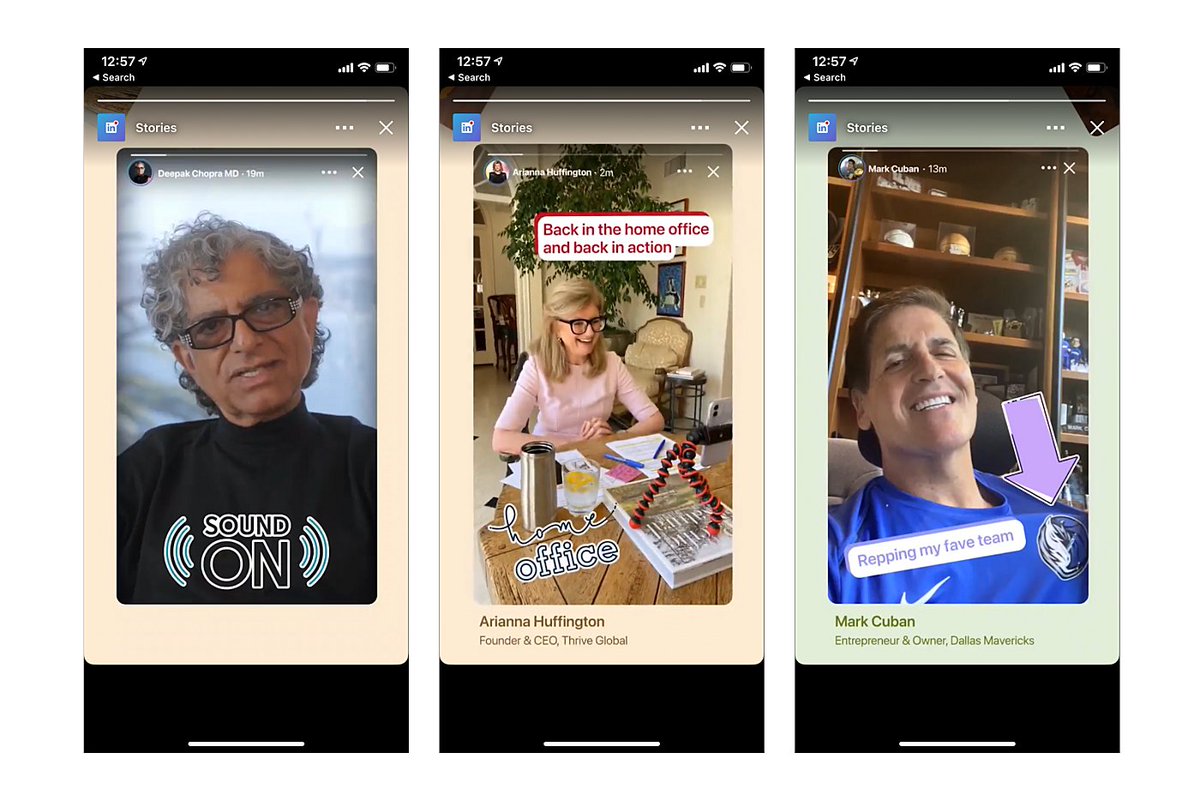 conwnet/github1s Instant VS Code in your browser for reading Github repositories. Add 1s after the github like so: https://github1s.com/assaf/zombie (the 1s stands for “1 second” which is about how quickly it loads) 🔥 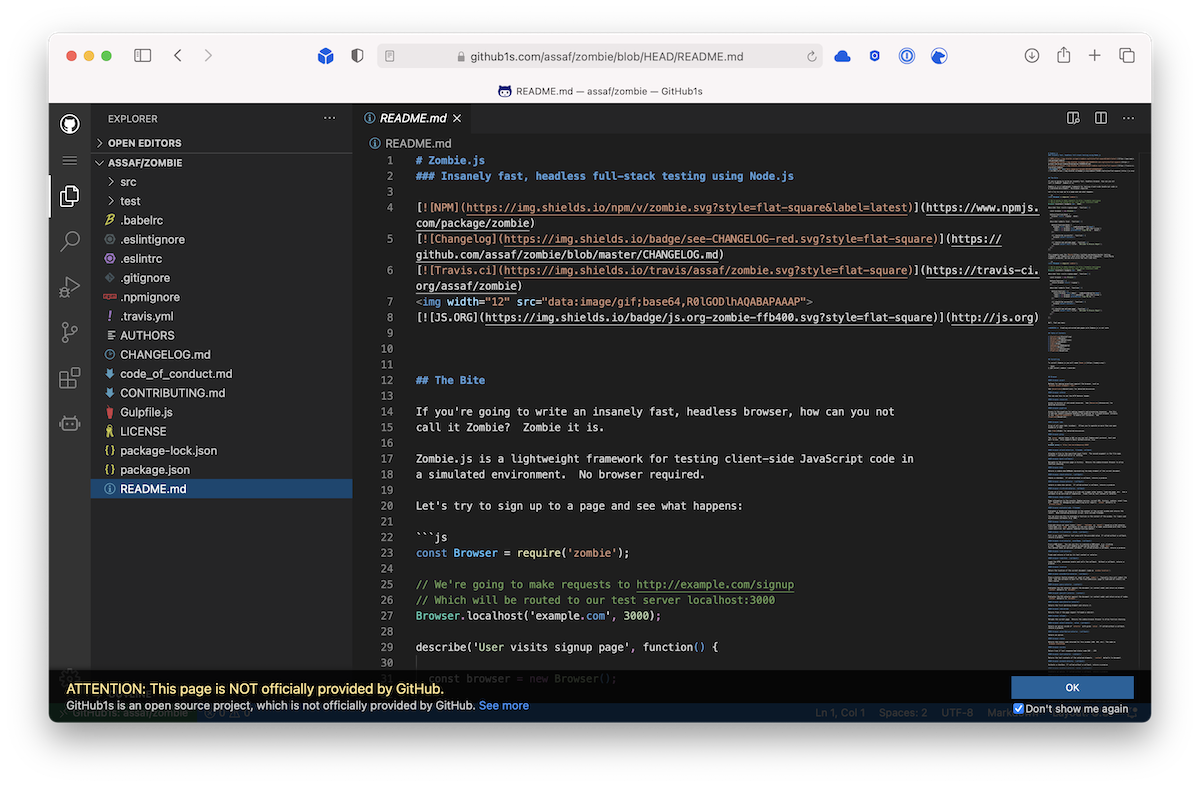 Have you screwed up in git and are afraid you've lost data? `git reflog` is your friend, but it's the second thing you do. The first thing is recursively copy the directory elsewhere as a backup because when you find yourself in a hole, stop digging.

It integrates multiple branches. It has a few uses, but be aware that it rewrites history like it's a Texas textbook.

Uizard Uizard wants to be the design tool for everybody. Scan a paper scribble and you get a wireframe. Upload images and it will extract color and style to generate a matching theme.

EconoBen/headsdown macOS menu app: with a click of the mouse, temporarily block distracting websites and applications to encourage "heads down" time.

Hugging Face NLP models as a service: “build, train and deploy state of the art models powered by the reference open source in natural language processing.”

Shorten URLs using invisible spaces zws takes a URL like http://example.com/landing?utm_this_is_long_and_annoying_and_why and shortens it to example.com by encoding the rest into non-visible space characters.

I once spent a hour or so debugging a piece of code that was broken because it had a zero-width space character. ZWSP are not my friends, so I'm just going to not use this, but I admire the creativity.

MIT CSAIL 🎂 Happy birthday you don't look a day over 43.

The term was coined in a textbook published #otd in 1978: “C Programming Language,” written by Brian Kernighan and Dennis Ritchie. 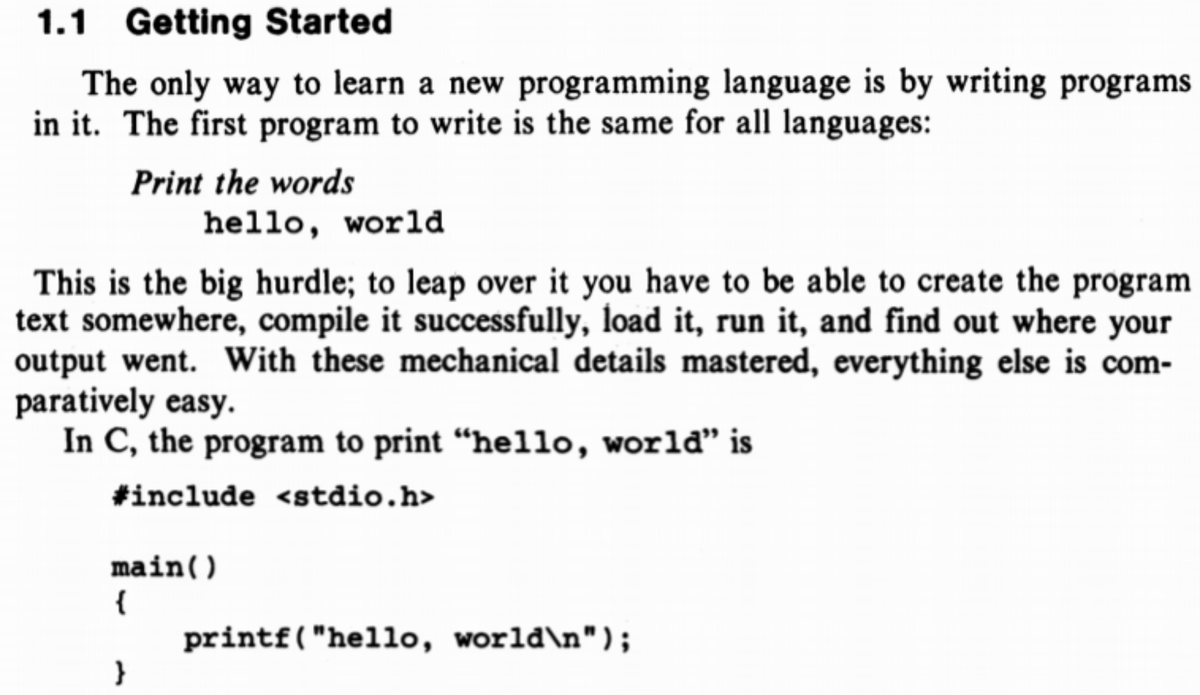 "Sometimes it pays to stay in bed on Monday, rather than spending the rest of the week debugging Monday's code." - Christopher Thompson

redbean 🤯 It’s a zip file. Also a web server that can serve those zipped files, at a rate of 1 million/second. It runs on BSD, Linux, macOS and Windows! And the entire thing is one file written in C. This article explains the magic.

Savvas Stephanides: Offend a programmer with a single tweet

Customer support agents are the most powerful hackers. A huge part of their job is hacking the software their engineers churn out in order to help customers, even when large swaths of capabilities are missing or broken.

Talk to your customer support/relations/experience teams.

joel “Hunnies, when you publish your job ad as a notion doc, your comments are still visible ... 🤡”

Molly Struve “The simplest fix of all”

Why an Animated Flying Cat With a Pop-Tart Body Sold for Almost $600,000 The NYT explains what the hype behind NFTs (non-fungible tokens) is all about:

The sale was a new high point in a fast-growing market for ownership rights to digital art, ephemera and media called NFTs, or “nonfungible tokens.” The buyers are usually not acquiring copyrights, trademarks or even the sole ownership of whatever it is they purchase. They’re buying bragging rights and the knowledge that their copy is the “authentic” one. 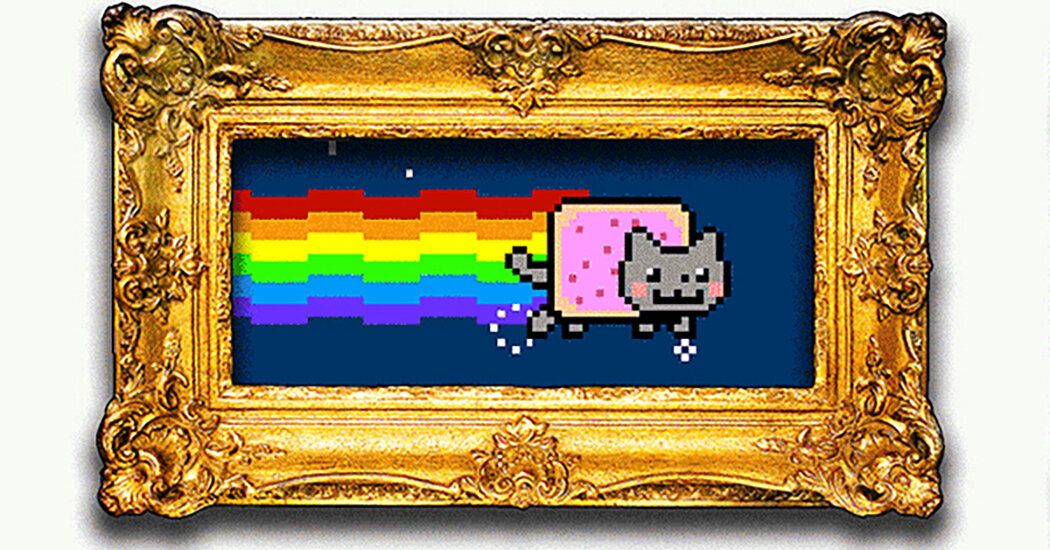 All records are made to be broken, and 3LAU Just Sold His Ultraviolet Album NFTs For $11.7 Million.

Dare Obasanjo The interesting consequences of this:

EMPLOYERS: We care about your mental health.

EMPLOYEES: Does this mean we can get more PTO, hire more people to reduce our workload and work fewer hours?

EMPLOYERS: No. We meant here’s an email on mindfulness techniques and a coupon for a meditation app.

… is a multi-billion dollar industry with a bizzaro product-market fit: few people use these apps for long, yet companies can't stop buying them. It's a cynical market where usage metrics don't even matter.

"I've got a stronger password than 'solarwinds123' to stop my kids from watching too much YouTube on their iPad," said Rep. Katie Porter. "You and your company were supposed to be preventing the Russians from reading Defense Department emails!"

Firefox replaces GA with a fake no-op GA (rather than outright blocking it) in strict tracking protection, to prevent websites from breaking:

Google Analytics is being shimmed by Firefox

Sheryl Sandberg and Top Facebook Execs Silenced an Enemy of Turkey to Prevent a Hit to the Company’s Business TL;DR

“I am fine with this,” Sandberg wrote.

Australia passes law to force Facebook and Google to pay for news So here’s where we stand right now. Australia passed its “pay for links” legislation at the demand of the old world media lobby. Facebook called the bluff. The showdown lasted about a week. Australia flinched:

After several days of intense bargaining, Facebook and Australia reached a deal that let both of them save face. Facebook agreed to re-enable sharing of news articles. In exchange, the Australian government allowed Facebook to opt out of the forced arbitration process if it could convince the government that it had already "made a significant contribution to the sustainability of the Australian news industry through reaching commercial agreements with news media businesses." 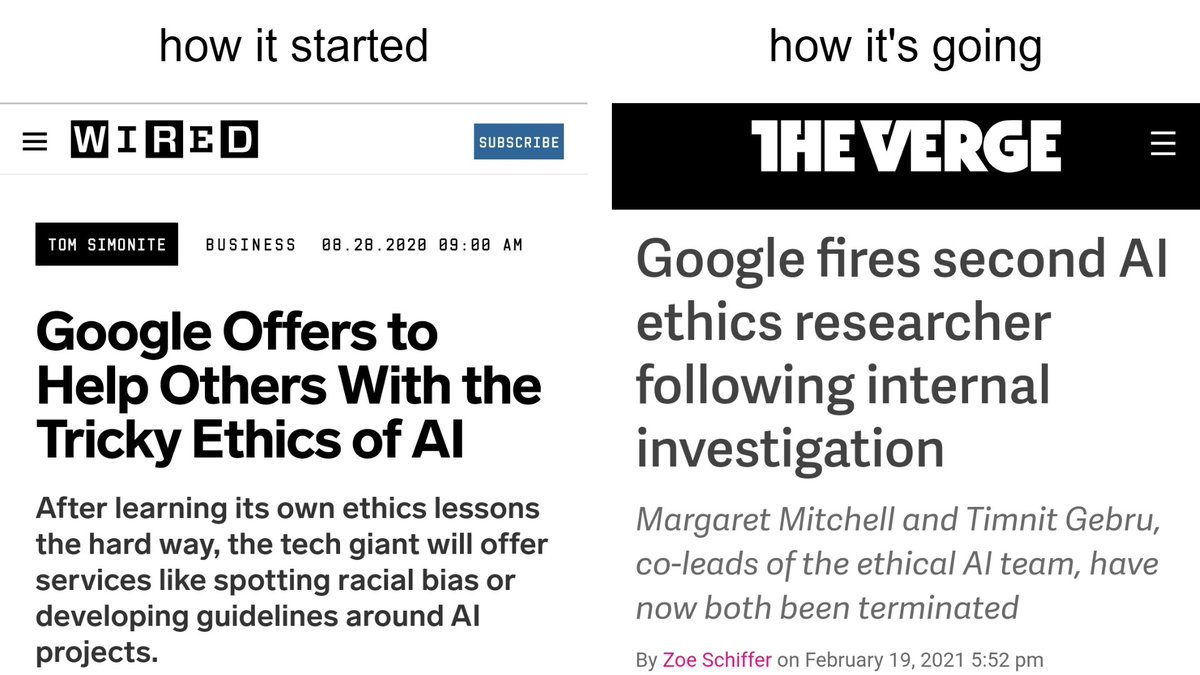 Reincubate Camo Camo makes you look great on Zoom by using your iPhone as a webcam. You can control lighting, cropping, focus, Bokeh effect, stream 1080p with no stutter (needs cable), use front-facing, telephoto or wide lens. 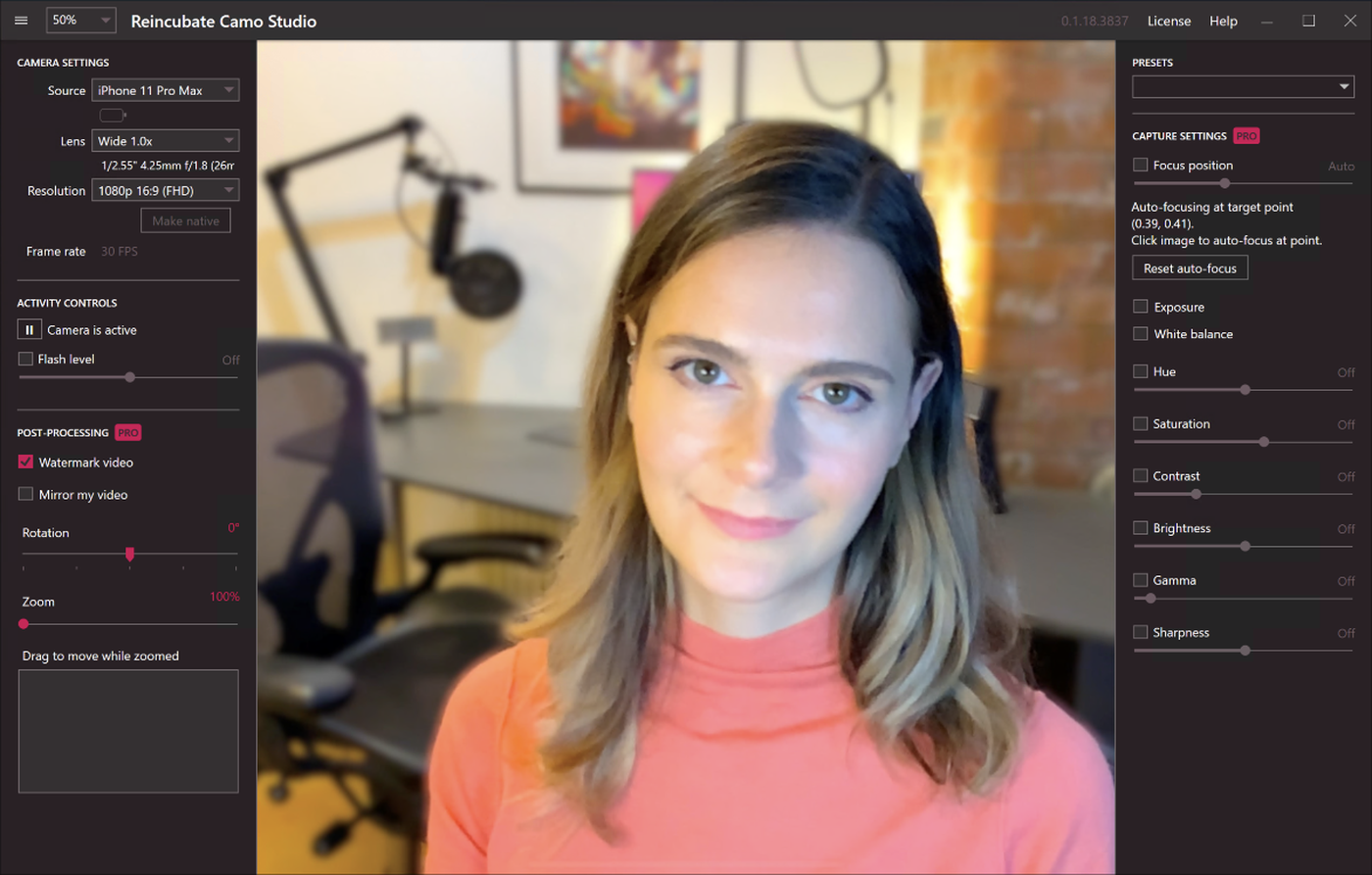 rémy anne “may I introduce you to the phone call”

www.clubpad.co Reaction sounds to play in your clubhouse room. You can also use this to liven up Zoom calls. 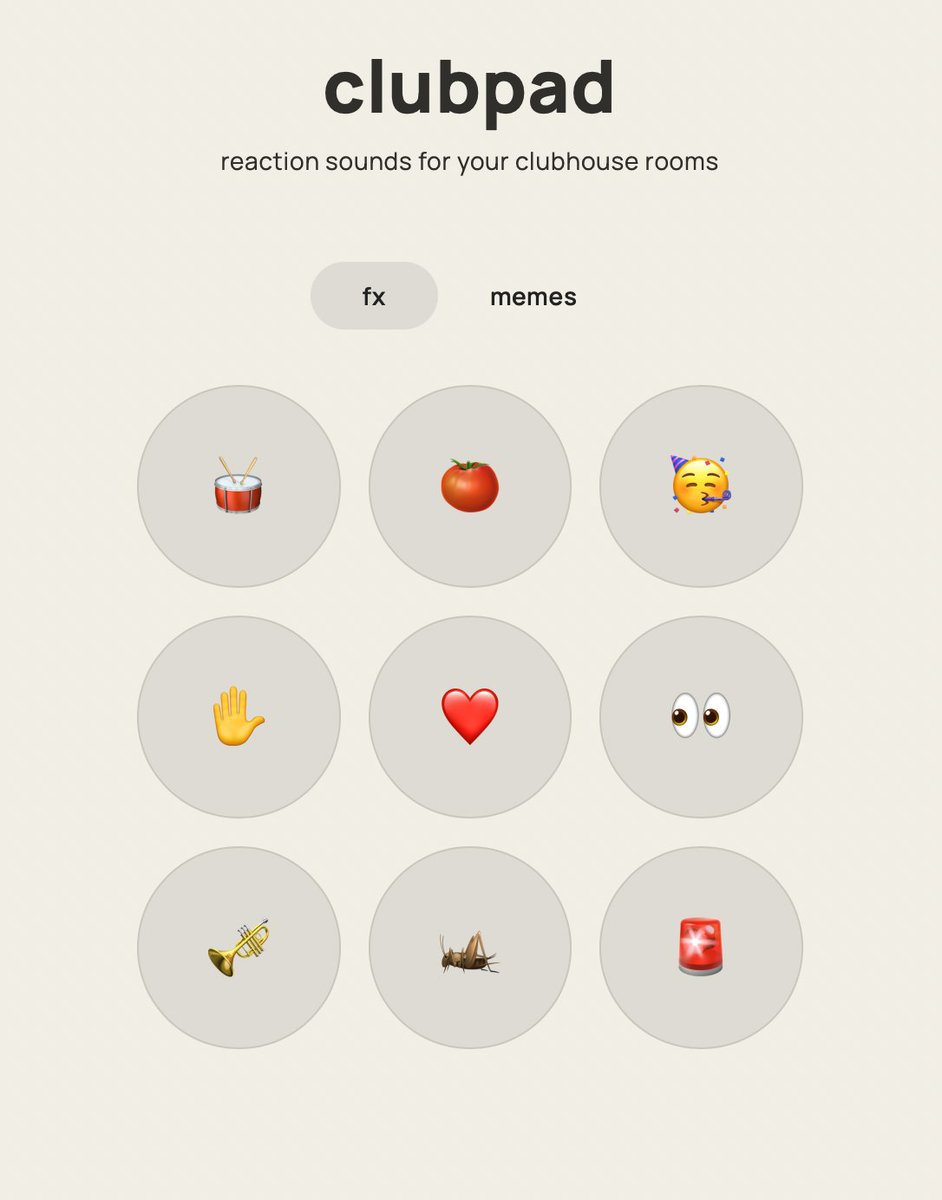 There’s a hidden message in the parachute of NASA’s Mars rover If you’re going to land a rover on Mars, and broadcast it live, there better be an Easter egg there somewhere. Percy the rover also has a message for you. 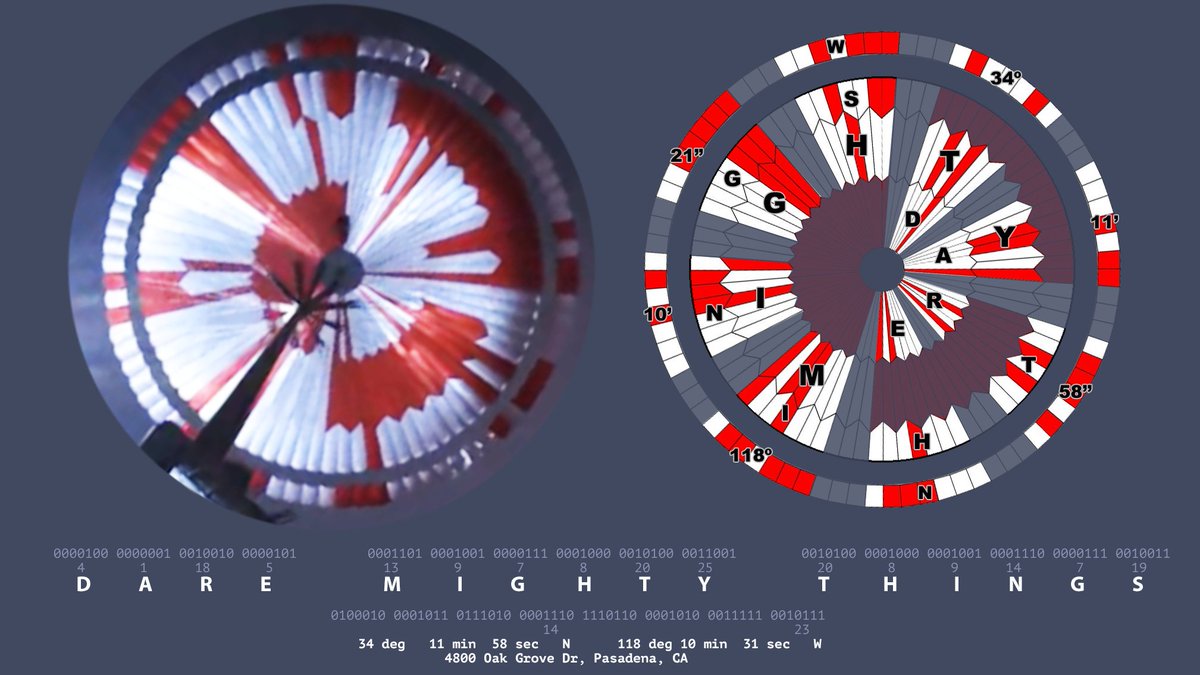 What small decision did you make last February that brought all this about?

I’ll go first. I finally got TSA pre-check for all the traveling I’d do lol

Tim Dillon “This is the crap Hollywood is throwing at us now. I can’t fucking believe this.”

Once you learn it, you see it everywhere...like in Vlad Tenev's GameStop speech.

"When in doubt, draw a distinction."

Not sure where he got it, but in grad school one of my teachers told me that. Some of the best advice I ever received.

This THREAD is about some of the key distinctions I draw on to do my work. If you're into that kind of thing.😎

Jared Spool “Probably not the best choice for a call to action.” 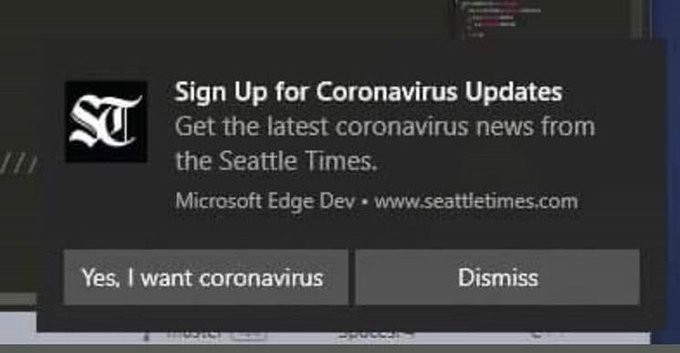 Researchers at Paller’s lab at Northwestern University in Illinois, along with researchers in France, Germany and the Netherlands, have independently demonstrated two-way communication with people as they are lucidly dreaming during REM (rapid eye movement) sleep.

Paynefully “TikTokers really need to start getting their own Oscar categories because some of these videos are just...wow 👌🏾”

Michelle Collins “A listener in Medina, Ohio messaged to tell me that her local fire department rescued 10 turtles from a blaze and they made LIL TURTLE OXYGEN MASKS for them!! My heart truly can’t handle this ❤️🐢❤️”

Sabin “We bought this pillow and it’s perfect” 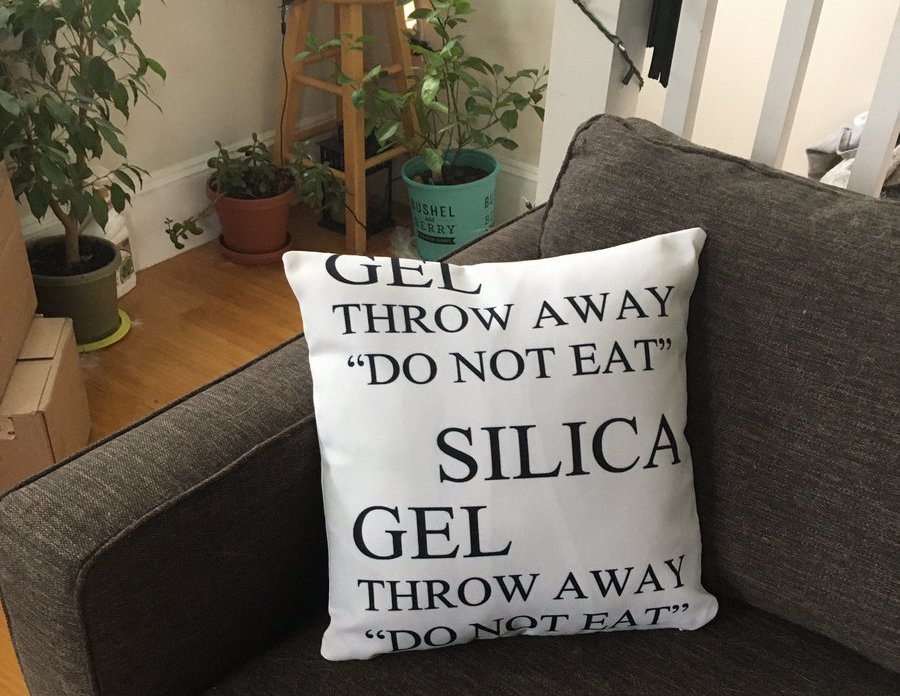