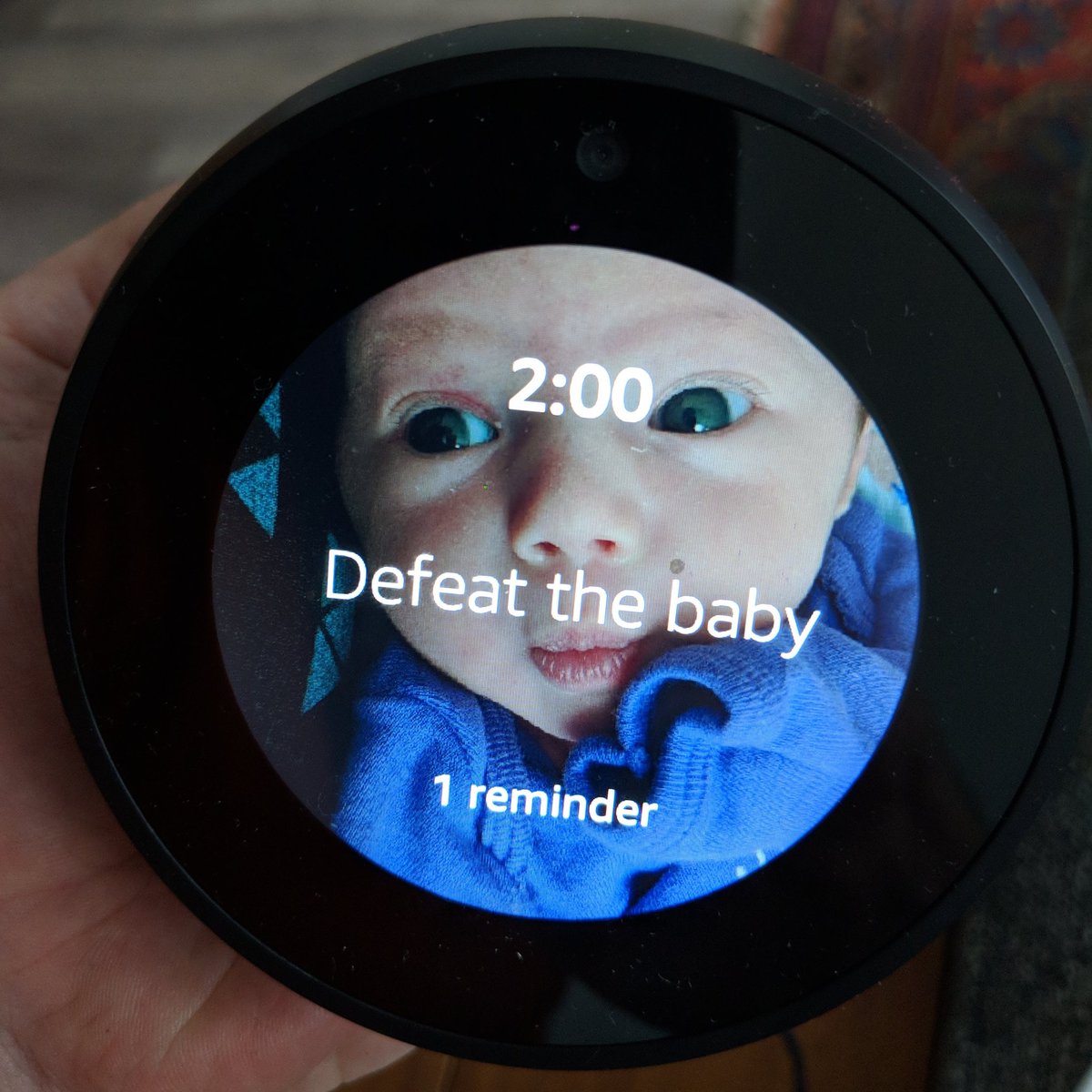 Michael Margolis "Alexa: remind me to feed the baby"

Iván "This is what person with low vision sees (2008: 45m people in the US alone)
Supporting dynamic type in iOS is not a nice to have. It’s a must." 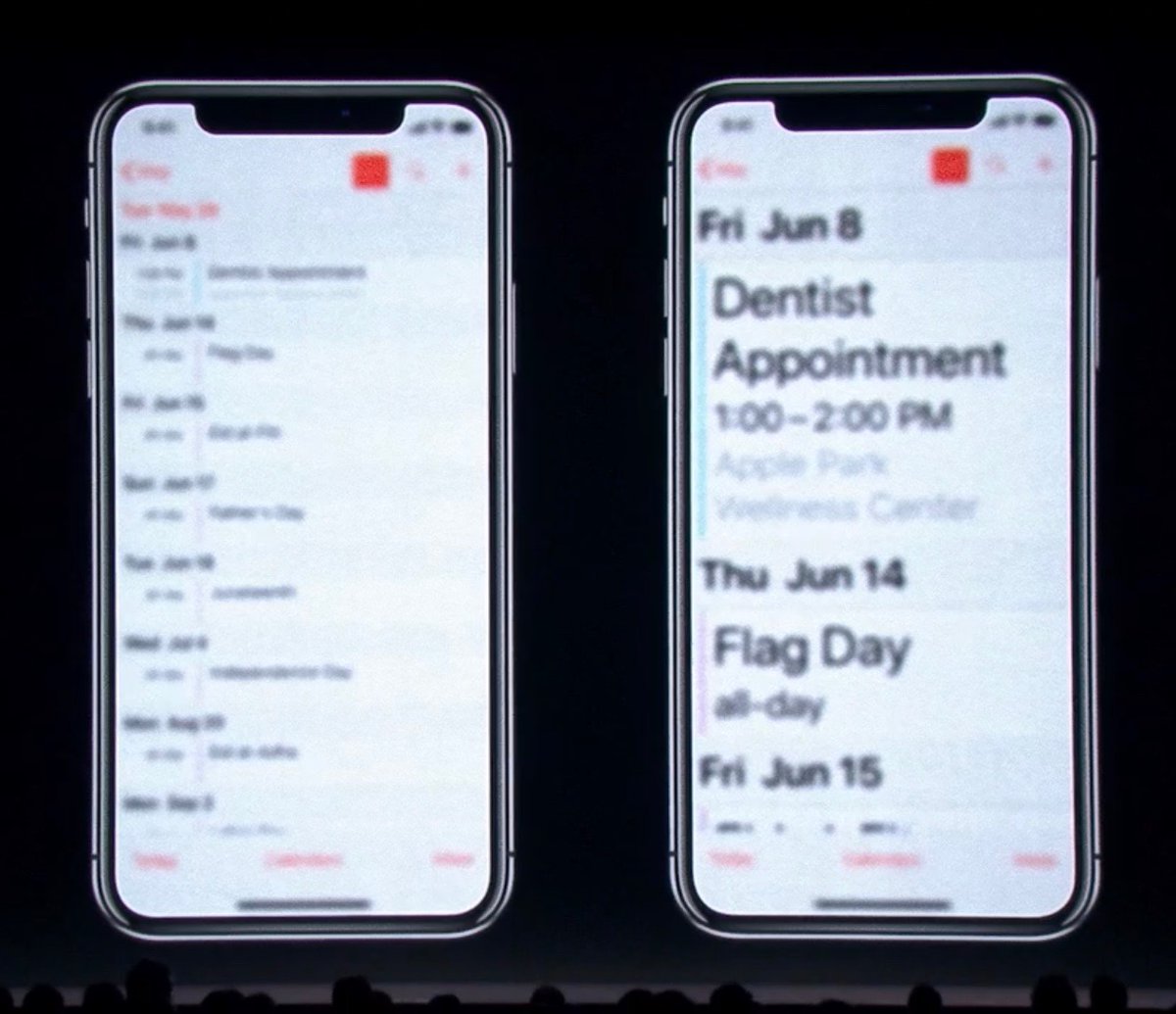 Is that metric true engagement or is the user merely lost in houseware trying to get to checkout at IKEA?

The Land Before Binary Curious how a balanced ternary computer would work? Why is binary-coded decimal a thing? And why do mainframes, like this 650, have blinking lights? 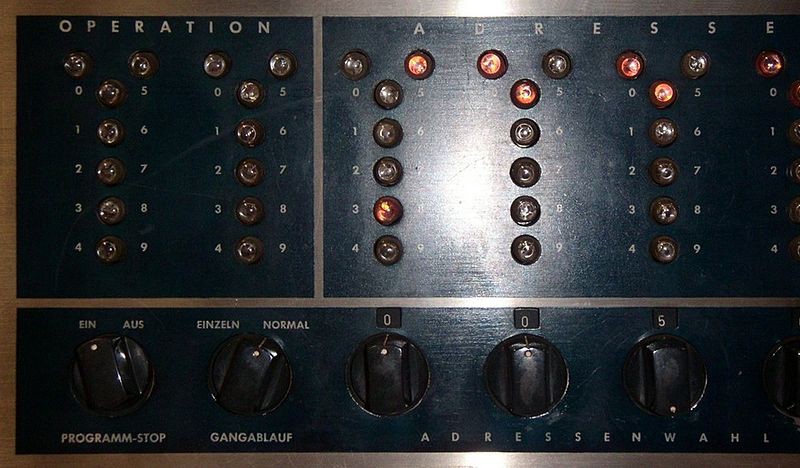 Andrew Emerton Speaking of TCP, how about that RFC 1149?

Yesterday, my coworker very casually mentioned that as a raft guide, he used carrier pigeons to send SD cards back to the shop so the guest photos would be printed on time. I still haven’t figured out how to process this in my mind. 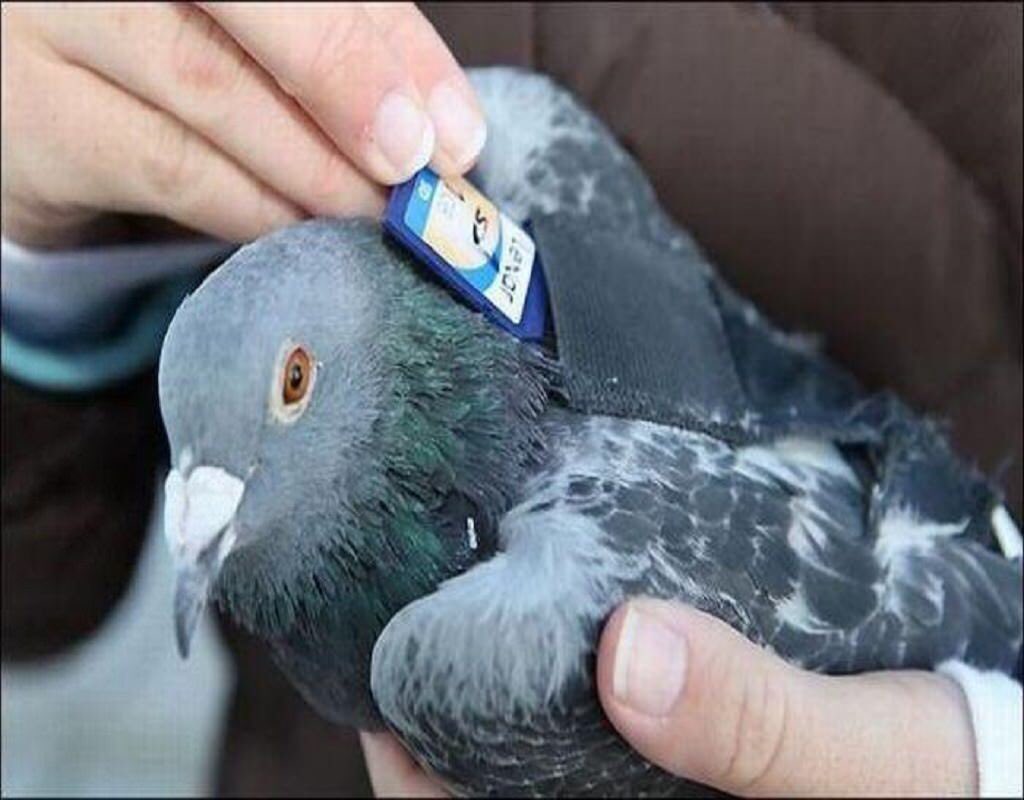 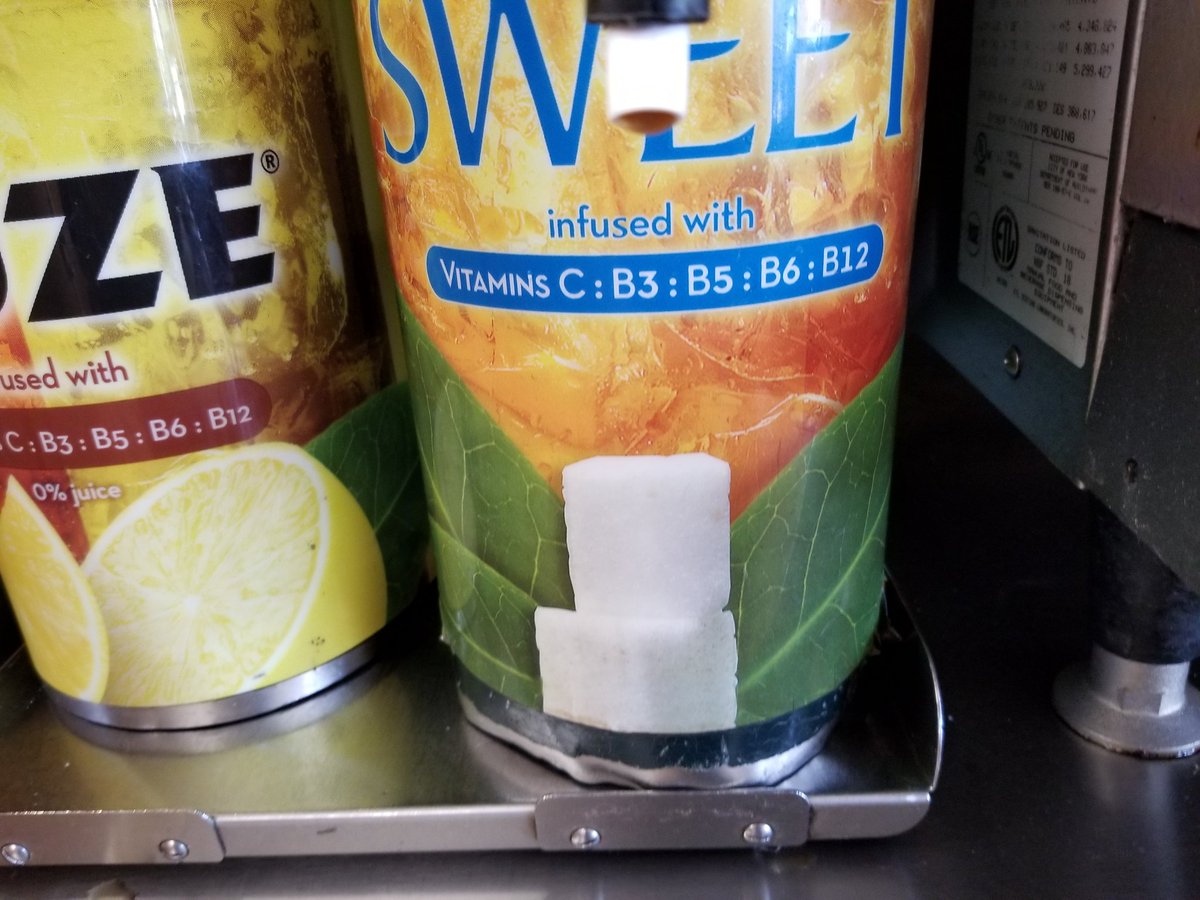 Being able to work with the DOM API directly and browsers’ built-in development tools comes with distinct advantages, and helps replace the cognitive load of framework specifics with standardized techniques and tooling (HTML element attributes/properties, encapsulated styling via CSS, etc.). 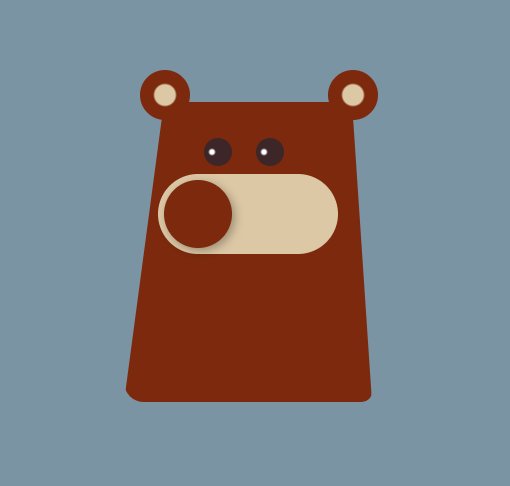 "abstract driven development": looking up your own abstract on a conference website so you know what to write your slides about

“Velocity” makes me cringe as I imagine all this unvalidated complexity rolling out the door, bloating up the product, adding debt.

Value throughput matters. And ratio of value to added complexity.

Oleg Isonen It's also ok if your employer sets up a sacrificial project that you can over-engineer and get it over with:

Please DO totally overengineer your side projects with the coolest tech you can probably find.

Maybe this way we will be able to not overengineer real apps and learn when to use the cool tech.

FYI
Everything that goes to production is tested in production.
It just might not be so well organized, structured and informative as you would like it to be. And in stead of a bug report you might get a bad review or lose revenue.

I've always been fascinated by how work can get atomized into various ticketing systems, and almost impossible to reassemble back into business intent. @fgoulding #does18

Cyan I would go:

Maybe someone can create a SleepCon, where there’s no schedule for speaking and you come and you sleep as much as possible then have random interactions with people in the lobby.

The Lifespan of a Lie How a sham experiment got to be world famous, for so long, in spite of the evidence:

The appeal of the Stanford prison experiment seems to go deeper than its scientific validity, perhaps because it tells us a story about ourselves that we desperately want to believe: that we, as individuals, cannot really be held accountable for the sometimes reprehensible things we do. As troubling as it might seem to accept Zimbardo’s fallen vision of human nature, it is also profoundly liberating. It means we’re off the hook.

I breached a company through a newly constructed branch location.

today I learned that there is a word for the fear of palindromes (aibohphobia) and that it was deliberately constructed to itself be a palindrome.

this is truly the worst thing about the English language since whoever decided the word “lisp” should have an s in it.

The Psychology of Money Worth a read. Our relationship with money is more emotional than (we'd like to admit) rational:

It helps, I’ve found, when making money decisions to constantly remind yourself that the purpose of investing is to maximize returns, not minimize boredom. Boring is perfectly fine. Boring is good.

Malte Ubl This is why people hate banks:

Wells Fargo charges $15 for an incoming wire transfer because, as everyone knows, that is how much a database transaction costs if you use Oracle with more than 2 cores.

Sarah Taber The thing about diets and sustainable agriculture:

Traditional vegetarian societies are trotted out to showcase that low/no-meat diets are possible. But it's done w/o recognition as to why those particular societies did it, and others did not.

Janelle Shane They're still entertaining, but don't take them too seriously:

These "I forced a bot to watch X" posts are almost certainly 100% human-written with no bot involved. Here's how you can tell. 1/12 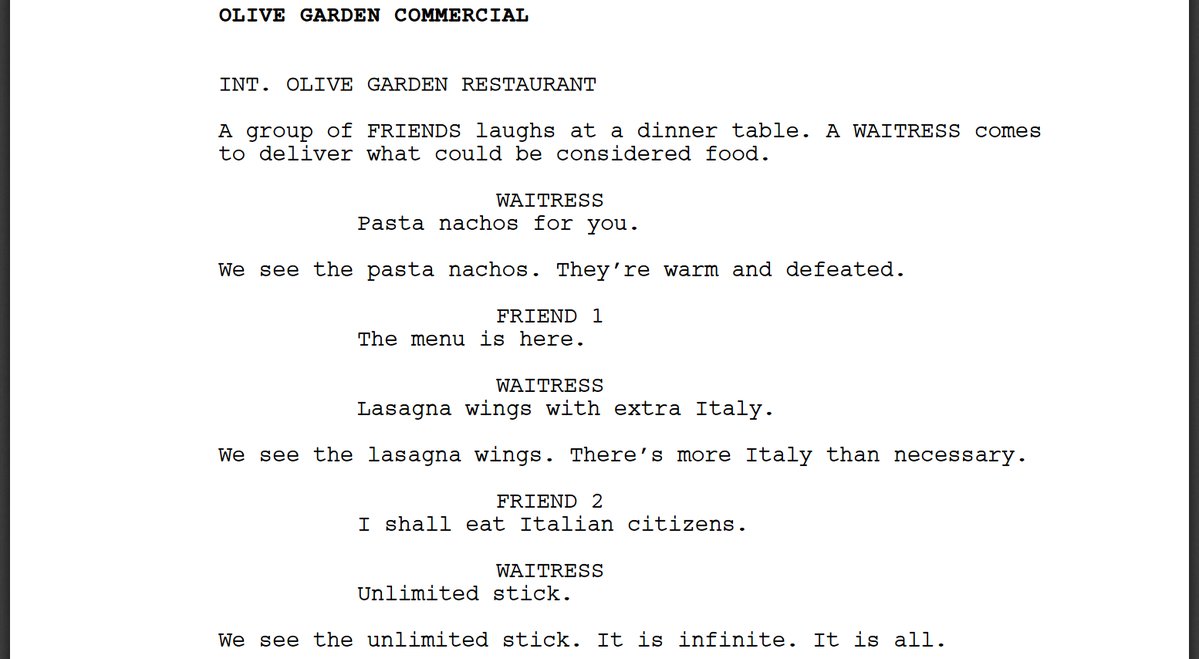 Don’t Eat Before Reading This This Anthony Bourdain piece has me convinced to avoid restaurants on weekends and Mondays. And never order a steak well-done.