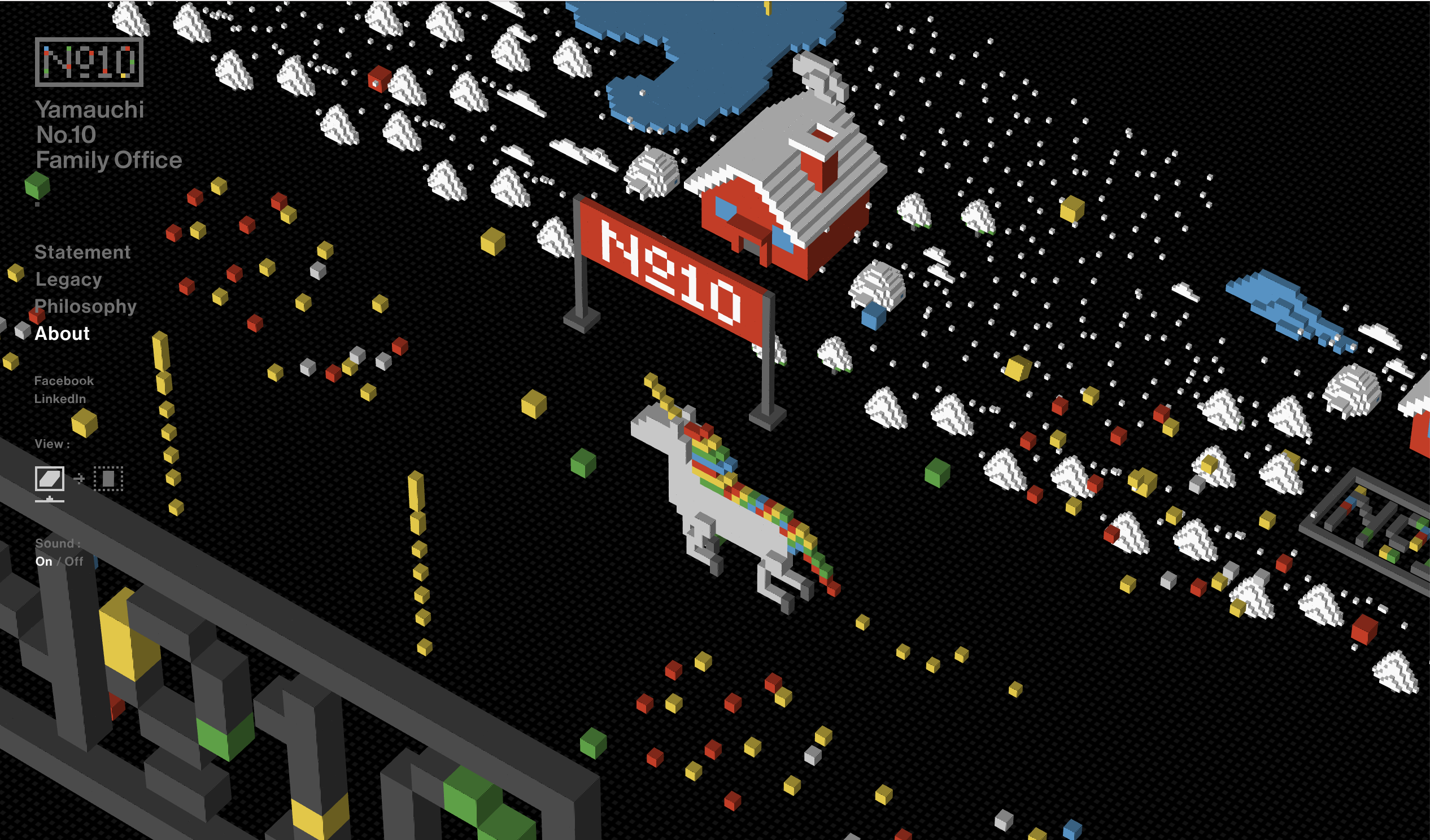 Yamauchi No.10 Family Office There are websites, and then there’s this website … (turn sound on and keep scrolling)

The Market for User Research Platforms A market full of products, but we’re still at the early stages where user research is held together with glue and Google Docs:

But even though support tickets and video recordings are known to be a treasure trove of customer insights, there’s no effective way to combine or distill this information and present it in a coherent format. Amplitude, Mixpanel, or Fullstory capture user journeys through clean, structured data, but some of the most valuable feedback in open response survey questions, researcher notes, or audio/video files is by nature messy and disorganized.

Andrew Hart This is really amazing!

People have dreamed about this for years, but the tech challenges are really hard, and nobody’s been able to crack it.

ProductShot Upload a screenshot, add a spotlight, save as PNG. 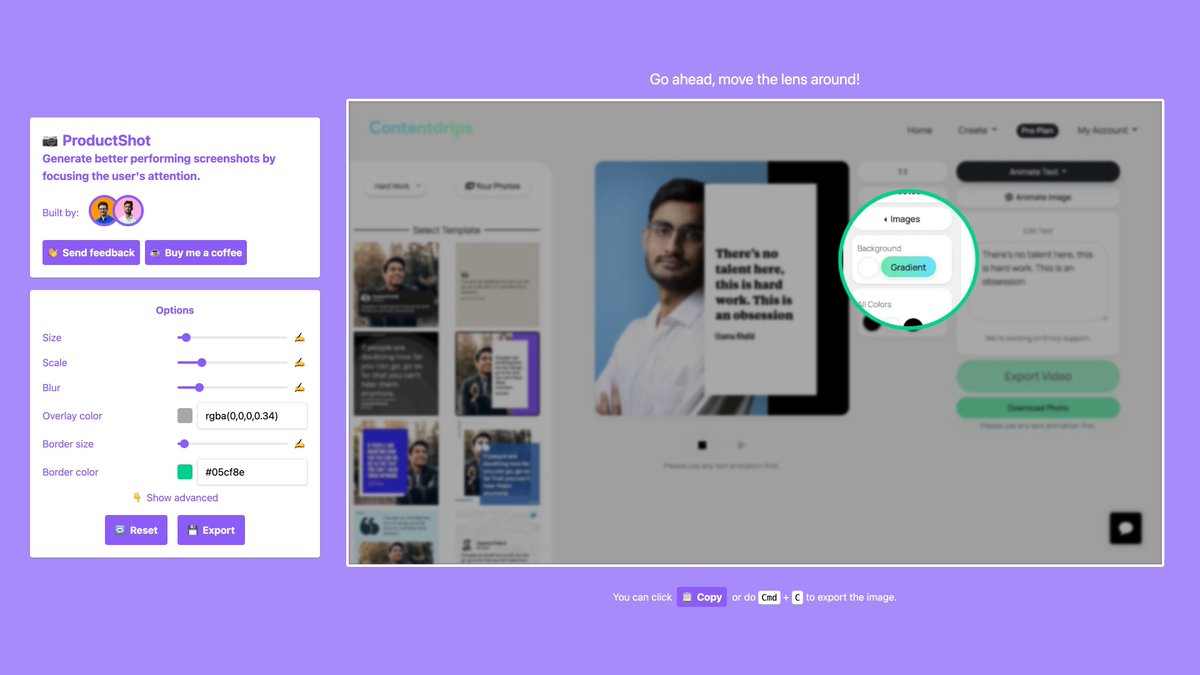 Is WebAssembly magic performance pixie dust? Comparing WebAssembly and JavaScript performance. Performance depends on the source language and the compiler you use, and since compilers get better with time, I can see how WebAssembly turn into the universal execution language.

💯. Job hopping in tech is a symptom of a more or less smoothly functioning market (despite attempts to artificially suppress wages) where bad management is pervasive.

So, engineers get blamed for a lot of stuff.

To be clear, engineers have a lot of power and share blame for a lot of stuff.

But also, engineering suffers a bit from the goalie problem, and it ends up negatively impacting orgs' opportunities to fix things. 1/

Because it's a kind of a trolley-problem that makes people make wrong decisions because of how society assigns blame. If the vaccine kills 1 person, they can be held directly responsible for that death. However, if the lack of vaccine kills 100 people, their deaths are the result of COVID, and would not be considered the result of the decision. In trolley problem terms, they would be blamed for pushing someone in front of the train to save others, but not for their inaction leading to a larger number of deaths.

If Your Boss Could Do Your Job, You’re More Likely to Be Happy at Work The argument in favor of promoting technical people to management:

Although we found that many factors can matter for happiness at work – type of occupation, level of education, tenure, and industry are also significant, for instance – they don’t even come close to mattering as much as the boss’s technical competence. Moreover, we saw that when employees stayed in the same job but got a new boss, if the new boss was technically competent, the employees’ job satisfaction subsequently rose. 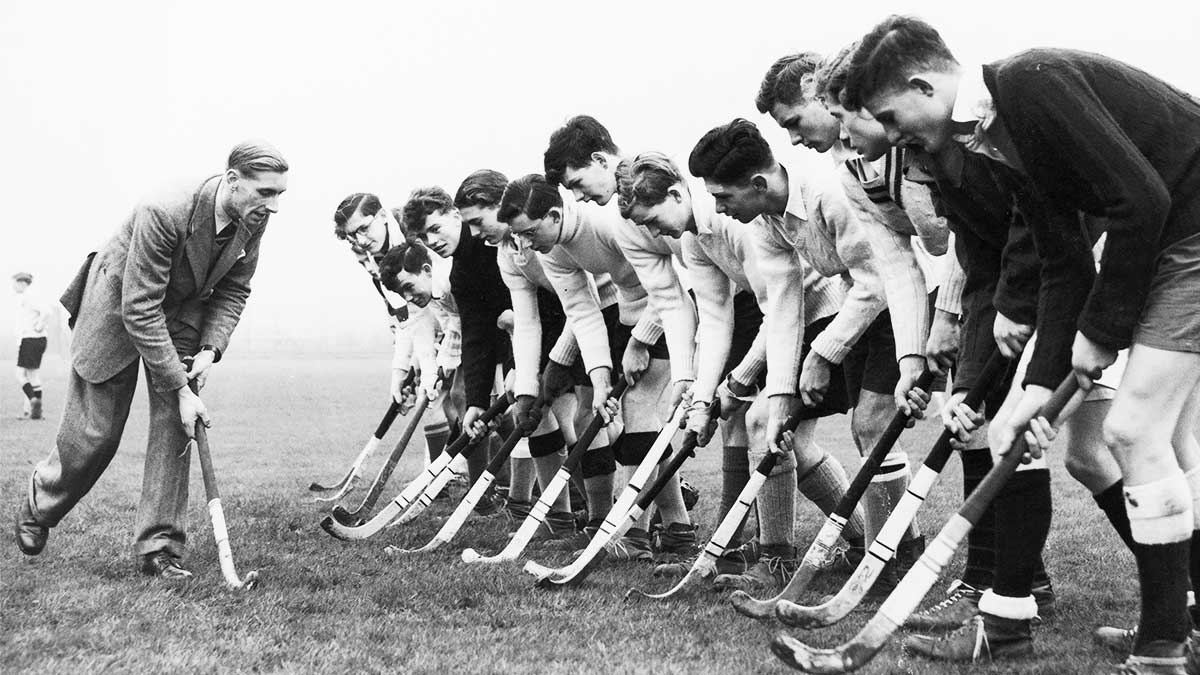 1/ Cash App overtook Venmo by embedding itself in culture and by targeting all of America, not just NYC, SF, and LA.

Over 200 hip-hop artists have name-dropped Cash App in their songs—the app has captured the zeitgeist in a way that Venmo hasn't been able to. 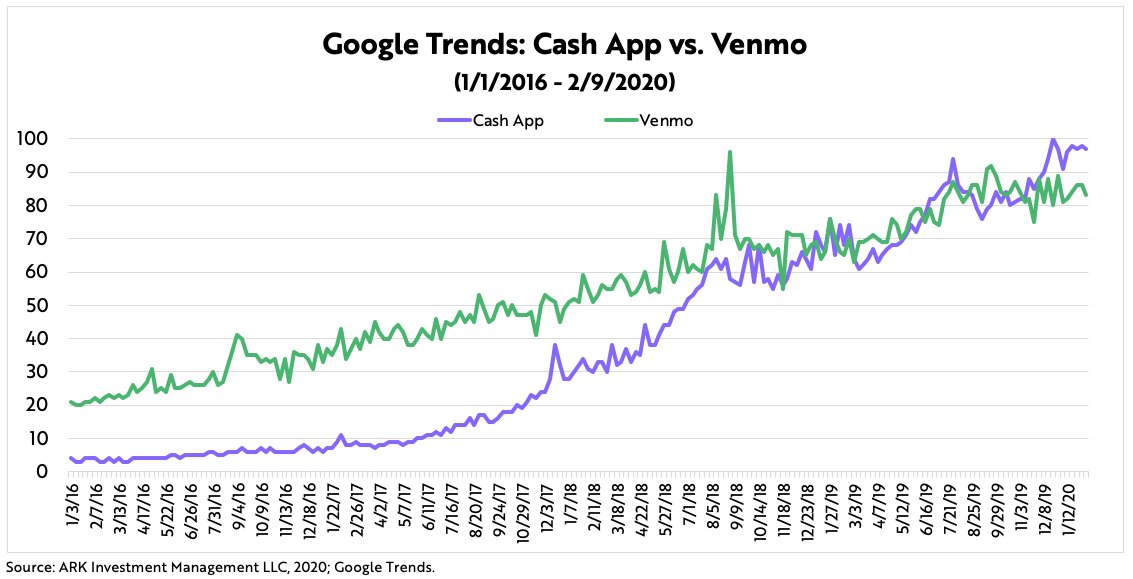 Distributed service sector productivity Will the pandemic be the start of a Zoom Boom?

Everyone is talking about whether the pandemic is going to create a long-term shift toward remote work. But so far I’ve seen very few people talk about the possibility that it will change our entire system of production. The possibilities for productivity improvements — and for disruptions of existing businesses, cities, and infrastructure — could be enormous.

Nick Maggiulli And they say stock markets are about price discovery: 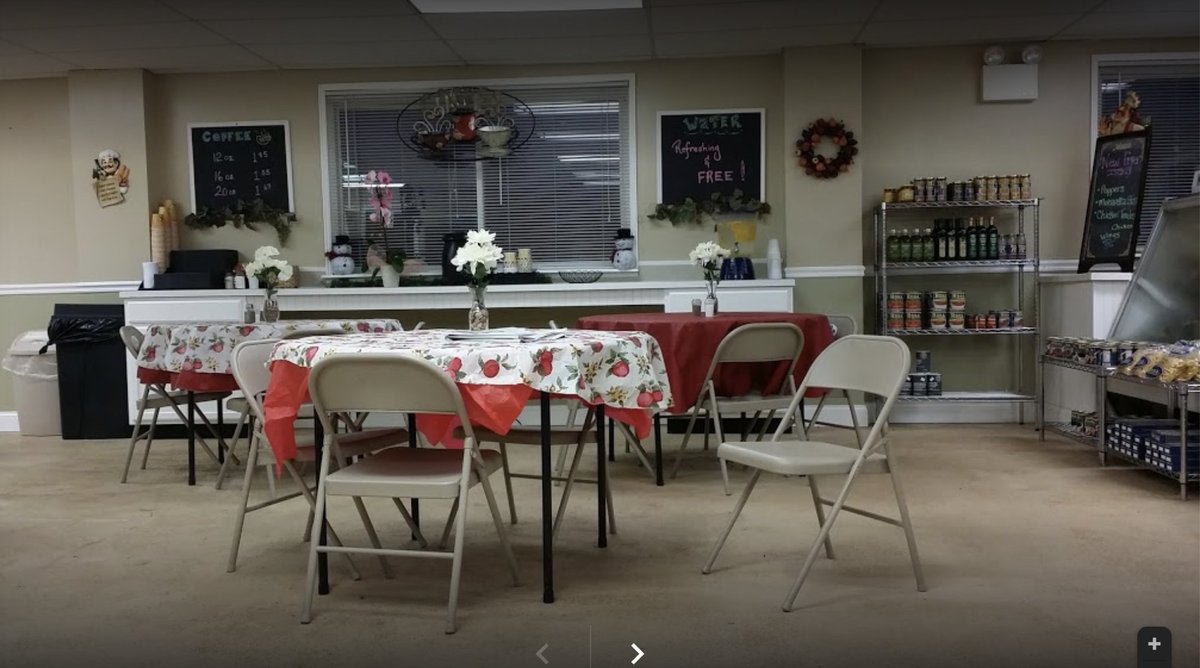 W3C Technical Architecture Group slaps down Google's proposal to treat multiple domains as same origin Google’s way of dealing with the Cookiepocalypse is bringing back the same tracking technologies under new names. W3C calls it like they see it: "It is likely that this proposal only benefits powerful, large entities that control both an implementation and services"

Google is also getting a lot of pushback on FLoC: EFF’s Am I FLoCed, DuckDuckGo FLoC blocker, Edge and Mozilla won’t support it (and neither would Apple). 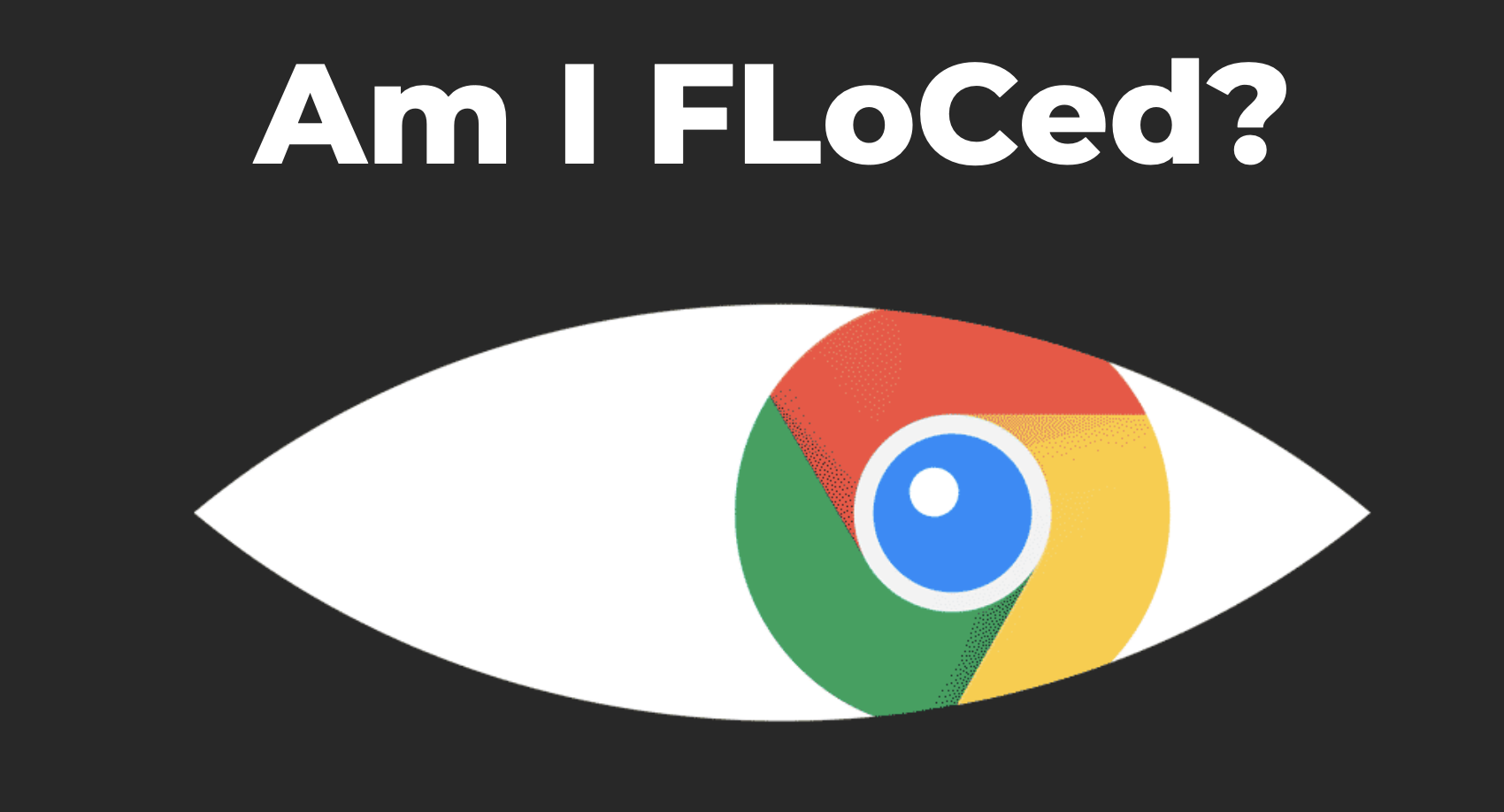 Face editing: Japanese biker tricks internet into thinking he is a young woman "No-one will read what a normal middle-aged man, taking care of his motorcycle and taking pictures outside, posts on his account," he said. 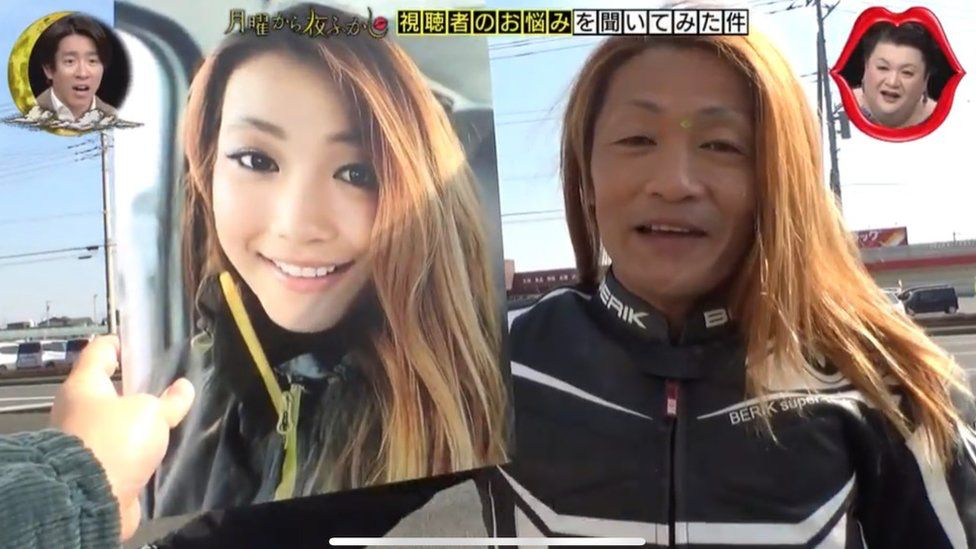 Meg Wasmer 👇 A thread about independent bookstores and helping them stock the books you want to buy:

So, where I’m going here is by not ordering what you love, you give the people who order for the store at best no data to use to order from, at worst a self fulfilling ‘X readers aren’t our customer’. 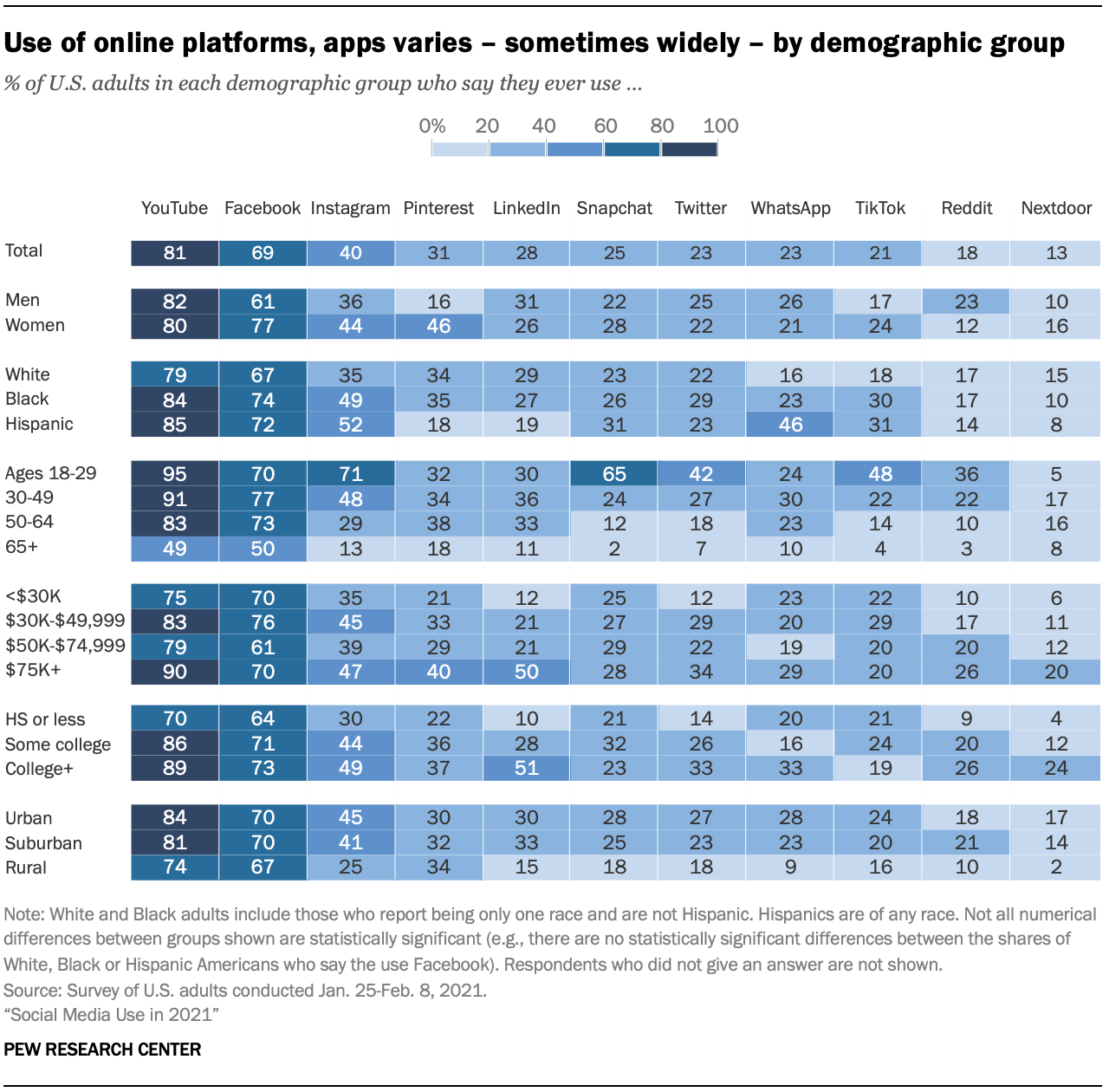 How Fit Can You Get From Just Walking? The answer to that is a simple “The best fitness routine is always going to be the routine that you follow consistently.” 🚶‍♂️

John Burn-Murdoch 👇 Thread about the affects of COVID vaccines (or lack of) around the world:

There’s already a clear and well-established vaccination effect in the US, with hospitalisation rates falling fastest and furthest among the vaccinated. 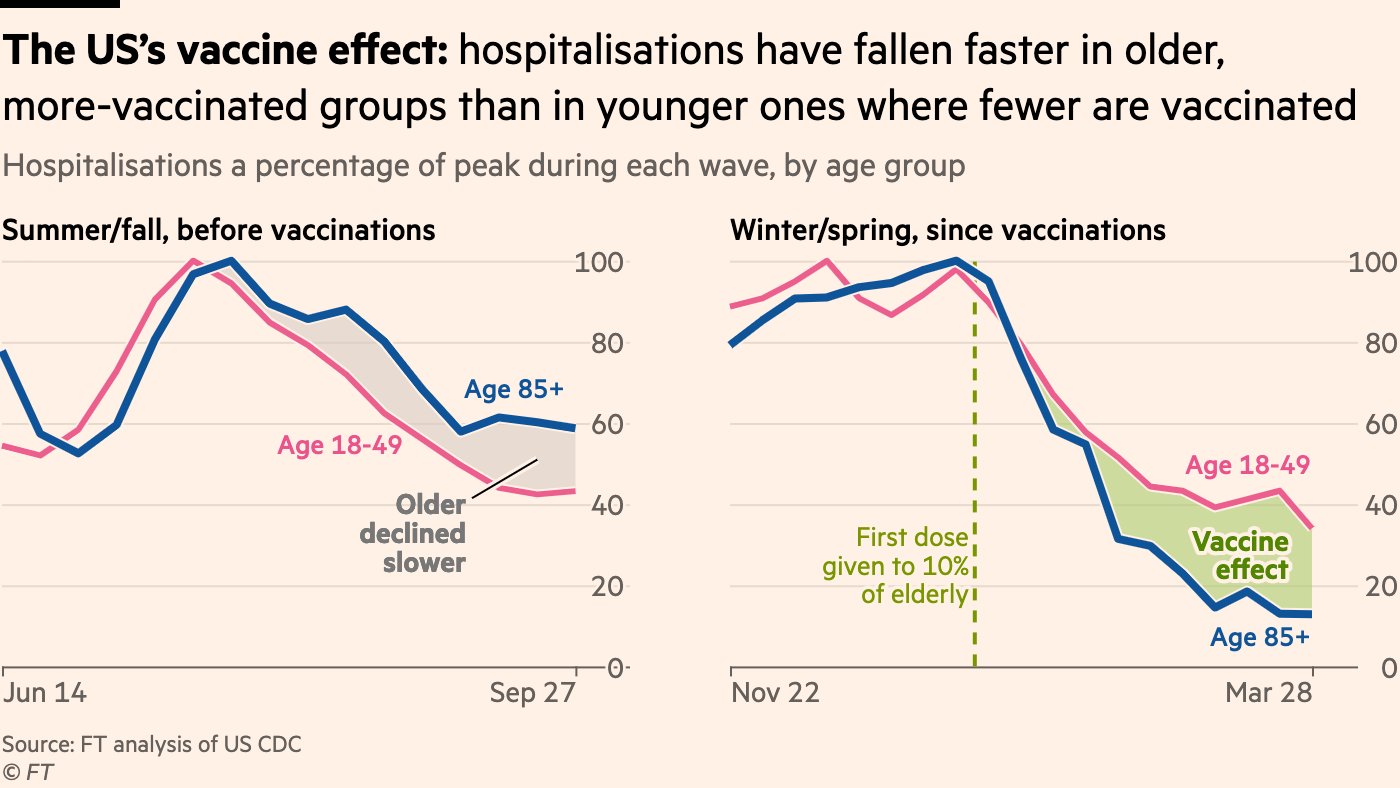 We think of ancient humans as “cave men” because caves preserved the evidence better than open plains, or other environments more exposed to the elements.

It’s a good reminder that most obvious data isn’t the whole story.

But also, it's how they used those caves: Ancient Cave Painters May Have Limited Their Oxygen for Creative Inspiration