There is No Fold "The fold" on the Web, not a real thing. In fact, if the web has taught users anything, it's to "scroll before page fully loads".

Everybody Scrolls Need more data points? "Almost all participants scrolled, no matter what."

The entire screen of one game You can't win this game. It exists only to destroy your mind.

Hawkee Think Medium but geared towards developers: beautiful articles that can include source code and running demos.

The offline cookbook Everything you need to know about writing JavaScript apps that run offline.

Eventually Consistent Distributed Systems with Node.js for Finance This talk will teach you what Event Sourcing is, and how you can use it to build better distributed applications.

FiltrES.js ElasticSearch query engine that can accept arbitrary search expressions from users (e.g. transactions <= 5 and profit > 20.5) and sanitize them before sending to ES.

ES7 - The Evolution of JavaScript Fantastic talk about ES7 and where it picks up after ES6, introducing async/await and yield async, a symmetric pull/push API that brings stream/reactive programming into the language.

@NodeSummit If #nodejs would have existed in 1995 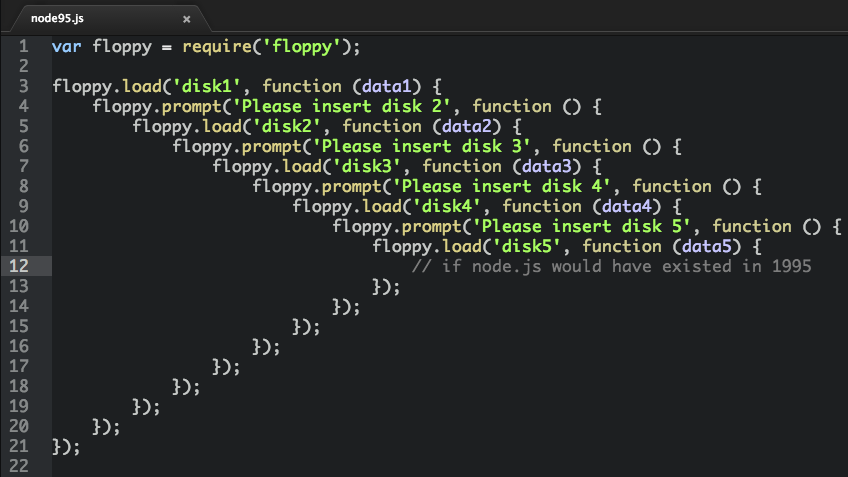 An Effective Code Review Process Go beyond code review of pull requests, take the time to review code that's already in production. It's an investment that will pay dividends, and I absolutely +1 this practice.

Why Most Unit Testing is Waste I echo the sentiment: write tests at the highest level possible, only use unit tests for what you can't easily test at integration or functional level. Other good advise from this article include:

bashstyle "Bash is like the JavaScript of systems programming" This is a great style guide for writing better Bash scripts.

//TODO change this if we get a customer

Astronaut readjusts to life back on Earth "Don’t give him a baby for a while."

Mother Jones’ nonprofit fix for serious journalism Great journalism can exist in the age of the Internet, and it doesn't require pop-up ads or silly paywalls.

Email transparency at Khan Academy -blackhole@ addresses are an interesting way to keeping everyone in the loop without flooding their inbox.