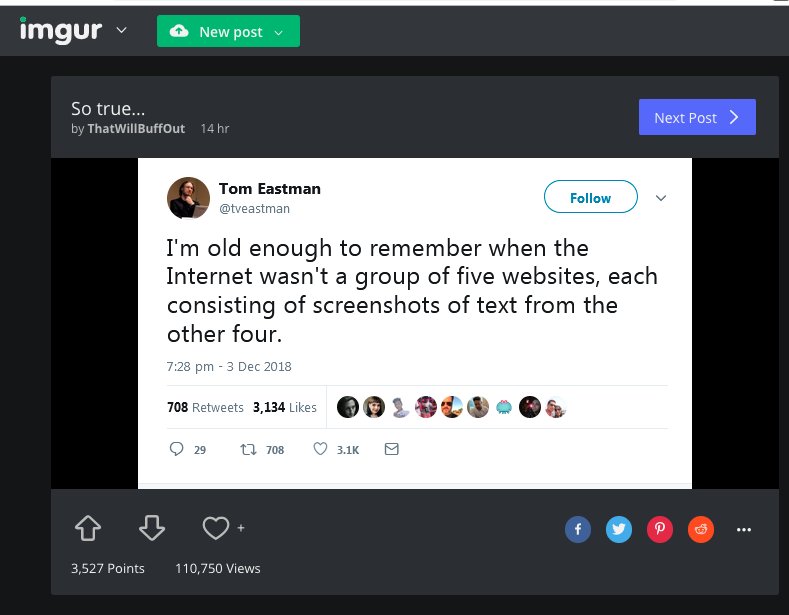 The State of UX in 2019 Where to begin? I thought this would be another "hot UI trends for 2019 that will make you look cool to your Dribble friends", but this article is much better than that.

It talks about the evolving roles and expectations from UX designers. The industry's moral and ethical responsiblity, and doing right by the users. Ponders the Vim vs Emacs question of UX: should designers code? And many other serious topics.

If you read one thing this week, I recommend this link *.

As an industry we have become obsessed with our design methods. Some designers are so addicted to following the specific set of steps outlined in a playbook, or filling out a persona template that they found online, that they forget to reflect on why they are using that method in the first place. That extreme focus on output rather than outcome can be extremely dangerous to Design as a profession , creating a whole generation of designers who always have to be told what to do next. 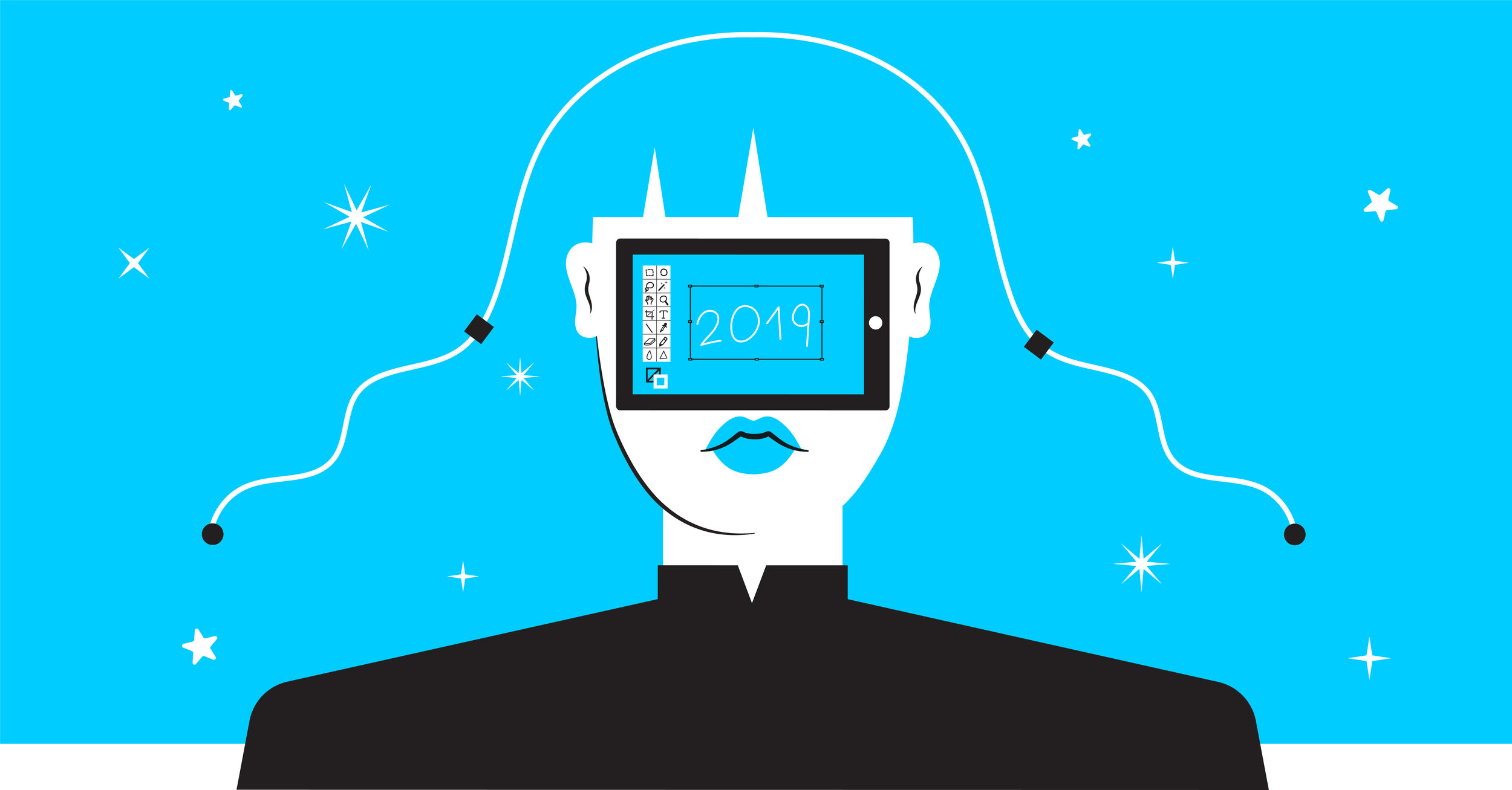 * Ironically, the overly fancy UI makes reading this article painful, and it crashes Safari. Use reader mode or Instapaper or something like that.

Nassim Nicholas Taleb This thread is about books, but captures user research all too well:

Pple think they prefer restaurants 1) quiet so they can tawk, 2) roomy, 3) no line.

Never ask pple what they want, watch what they do. Revelation of preferences.

Also, bold lead-ins is a great idea for office memos and such:

We use bold lead-ins as labels, to help the reader know what kind information they are being offered. “How we know” allows us to give a behind-the-scenes look into The Times and reveal a little bit about the reporting process — like how many months our journalists spent reading through secret documents for a particular story. Other lead-ins: “Why it matters,” “Background” and “Another angle.” 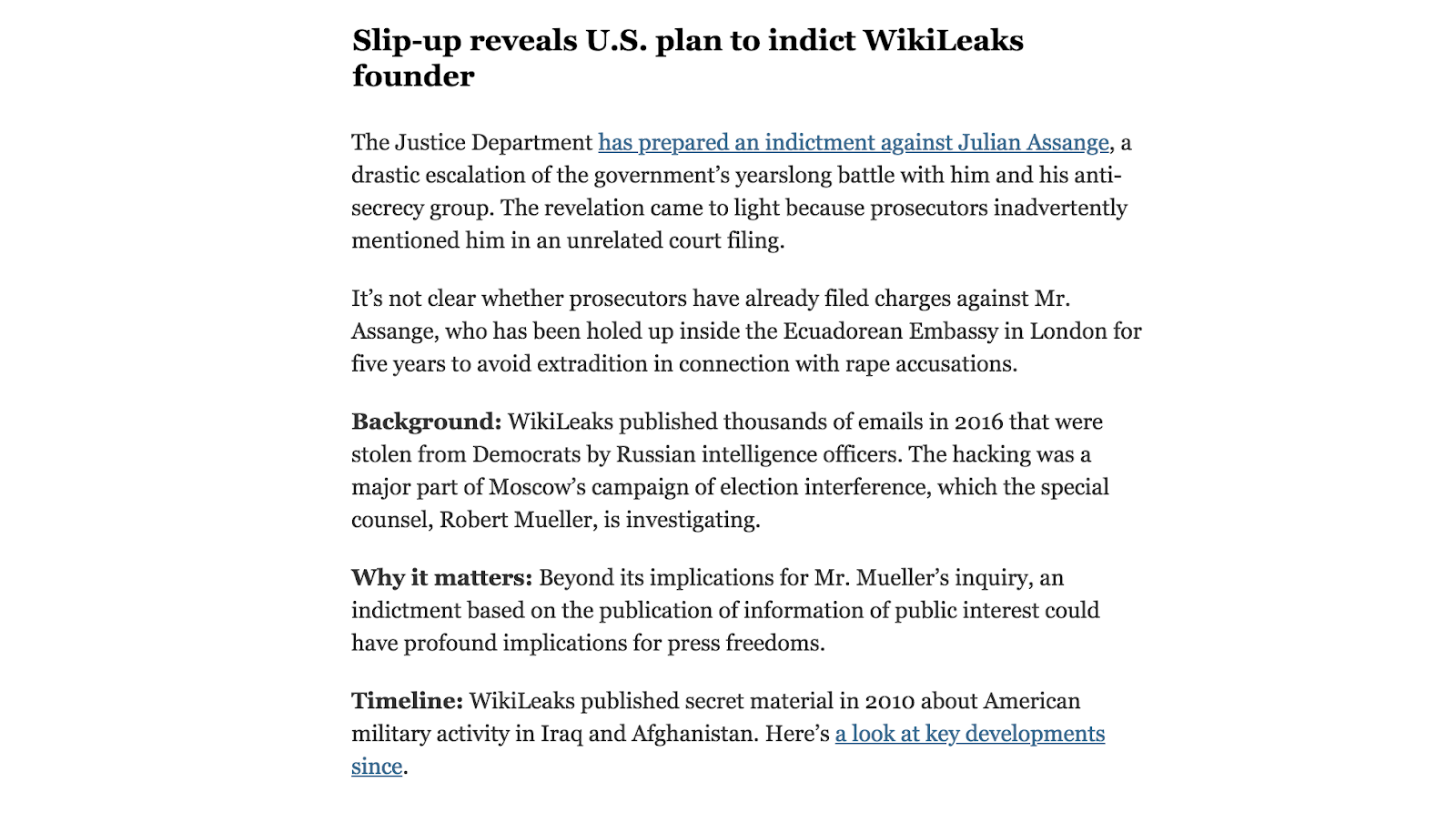 You can’t predict if people are going to like your product nor should you, there is no more mentally exhausting exercise

All you can do is have a crystal clear point of view, obsessively reduce and deliver

The market will sort the rest out

Why Truly Great Product Managers Love Code Review PMs should be aware when the team is over-engineering, or being held back by technical debt:

For a developer who takes pride in her work, eight weeks of trudging through a swamp of technical debt is crushing. As a PM, you know the concrete costs that come with each day your fixes aren't yet live, and there are also the intangible costs to your development team—a loss of trust and faith in you as a leader, in the project, and in the team to get things done.

$10,000 Fellowships for women working on open source programming projects, research, and art Apply, or share with people who may be interested:

Is there a project you’ve always wanted to start or contribute to, but you haven’t had the time or resources to do so? Now’s your chance: apply to RC this winter for a one, six, or 12-week retreat. We’ll provide up to $10,000 in funding (depending on batch length), 24/7 access to our space, and a supportive community of fellow programmers.

JavaScript Teacher True. Invest in learning the principles, not the tools.

When you are hired... no one will ask you what "best" framework is. You will be coding in what is already set up and available by the lead engineer. Don't try to learn every single thing out there. Learn to adapt.

The Rise of Microsoft Visual Studio Code Also, check the end of this article, for how Triplebyte correlates interview performance with choice of text editor:

remotedebug-ios-webkit-adapter You can use VS Code or Chrome DevTools to debug Safari and hybrid apps running on iOS.

tobyhede TIL butterflies are not made of butter!

Netflix: This episode is 58 minutes long.
Me: But I'm to tired to stay up that late.
Netflix: Then watch it later.
Me: But I want to watch it now.
Netflix: Tough.
Me: document.querySelectorAll('video').forEach(v => v.playbackRate = 1.5)
Netflix: Snds gd.

golang's compiler is quite strict and opinionated, for example, the compiler actually forces you to brag that your code is written in go

Mike Riethmuller Raises hand. Me too.

The one thing in web development I will never remember how to do without looking it up, is linking a stylesheet: <link href="styles.css" rel="stylesheet" />, Why is this so hard to remember?

bterlson.d.ts Edge was "yet another browser to QA", a tax on developers, but once it's gone, which browser are we going to vilify and blame for missing the deadline?

Laurie Voss I agree, but skeptical that Mozilla can make a difference:

karen Which probably explains how we got here:

2012: low powered netbooks for internet browsing
2018: browsing the internet is one of the most resource intensive tasks you can do on a computer

Jared Hanson Once you learn to treat code as disposable, you'll become a much better developer. For this, and other reasons:

When solving the problem, explore the possible solution space. Code is often a great tool to aid in that process. Don’t think of it as a final product.

AWS Lambda Now Supports Custom Runtimes and Enables Sharing Common Code Between Functions With Lambda layers and the runtime API, you can now deploy many different types of serverless workloads.

Not just choice of language, but tool, and precise control over execution. For example, the Node|Solid runtime bundles Node 10 and code instrumentation:

In essence, N|Solid for AWS Lambda is an augmented Node.js runtime that enables extraction of metrics with as little overhead possible. This is achievable thanks to the approach we’ve taken with the N|Solid Agent – it sits outside of the Node.js event loop in the native C++ layer, meaning that your application’s performance isn’t affected while being monitored.

Kelsey Hightower I think containers are about to peak:

Given the combination of the Lambda Runtime API and Lambda Layers I no longer believe adding support for containers would add any additional benefit to Lambda.

The Lambda Runtime API provides a major benefit over containers for Serverless workloads: a well defined and opinionated runtime API for getting work done. 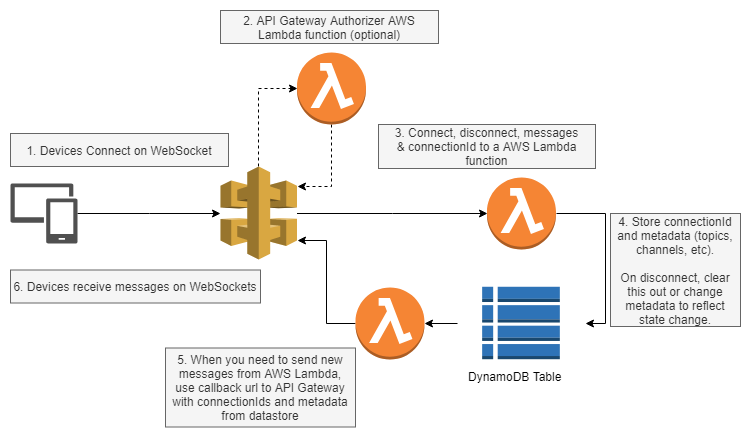 Morgan McGuire You can be right most of the time, or innovate, but not both:

It's easy to be right about the future 99% of the time as a pessimist. Most new ideas really don't work!

A scientist's job is to be unreasonably optimistic and fail a lot. Because that's the only way to find a 1% idea like penicillin, transistors, or the fast Fourier theorem.

betsythemuffin And don't let anyone block you from learning:

Sometimes, reinventing the wheel helps us understand how the wheel works.

When we shit on learning as a purpose in itself, we force people to rationalize it by pretending they’re not “just” learning, they’re “innovating.”

John Cutler How can you use roadmaps to keep everyone in sync:

4/8 Feature-based roadmaps are often used because "everyone in the organization needs to know what's coming!" Fair point. But what if I told you that this need causes premature convergence which impacts outcomes?

The trick is to converge at the last responsible moment.

Raise your hand and own something no one is owning

Instant career accelerator in a startup

Staffan Nöteberg Applies to individuals, and to teams at every scale:

Overloading the brain disables Kahneman slow thinking. The same goes for organizations. Starting too many initiatives inevitably leads to firefighting rather than continuous improvement. #monotasking #multitasking

SwiftOnSecurity In response to outage caused by expired certificate:

I cannot emphasize enough to skeptical security people about LetsEncrypt autoenrollment:
Manual certificate cycling is a massive operational risk that makes IT hesitant to enforce encrypted communications. The old way is not the best way. It’s time to move

Camilo Martinez "If someone asks you: what's your password?"

I caught my cat running out of my office with my yubikey in his mouth--a threat model I hadn't considered.

It’s the End of News As We Know It (and Facebook Is Feeling Fine) "Right-wing propaganda is still doing great. Journalism, not so much." What makes Mother Jones' reporting different from mainstream media, is that they do not try to shield newsroom reality behind a contributor op-ed. They let it all bare:

Still, the decline in Facebook audience over the past 18 months translates into a loss of at least $600,000 just from advertising (not counting donations or subscriptions that won’t happen when people don’t see our stories). That’s a big part of the reason why we need to raise $400,000 this month. It’s a big goal, more than what we did in December ’16 and ’17—because it has to be. We can’t pull back from investigating right now, with the stakes so high.

Allison Parrish "why can't you use" 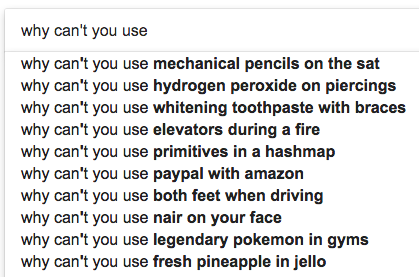 My new requirement is that if my kid wants to download a new app, she has to write a one page report on the founders, company story, and business model so that she understands how the app benefits from her use.

This is what happens when your mom works in tech.

alexis "wait what" this thread 😭

Spooky Automated Jobs "Are you calling me fat?" 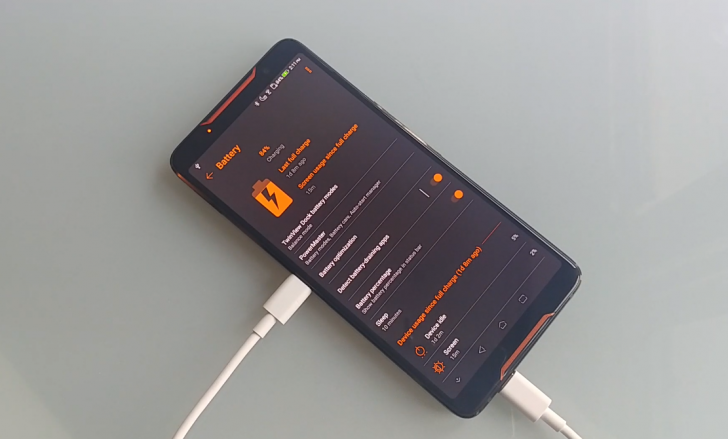 Aditya Mukerjee Thread on the latest in internet censorship:

Now that Tumblr is shutting down all "adult content", will people finally start paying attention to #SESTA/#FOSTA (and hold the people who created it accountable)?

Cohort and Age Effects Me too. 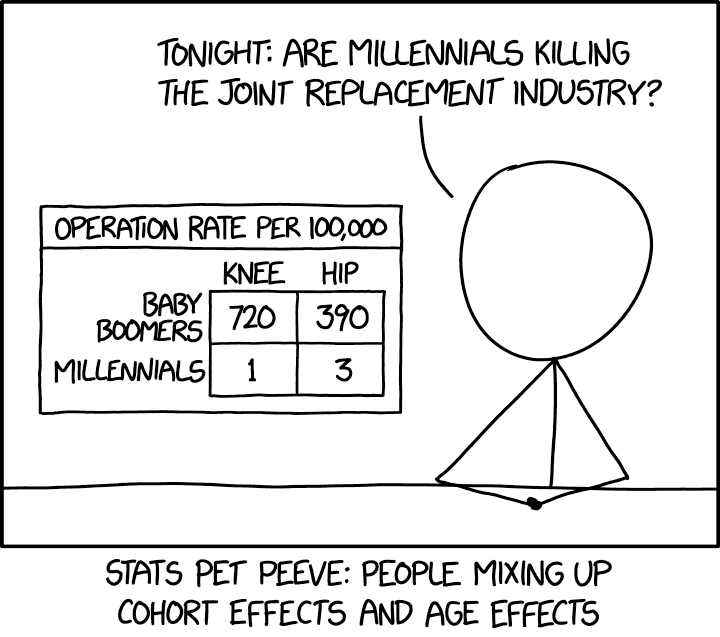 Stephanie Hurlburt AKA the bystander effect:

A social media phenomena to be aware of: After a certain number of likes/shares on a post, sometimes people think person is overwhelmed and doesn’t need help anymore. When in reality everyone’s thinking that & the person ends up with very little help. Always reach out to check!

I'm having a bit of fun playing with the scale of things on https://thetruesize.com

let's start gentle: this map is actually a really good explanation of 1) how fucking big the lower 48 are and 2) why so few people in the US become fluent in a second language 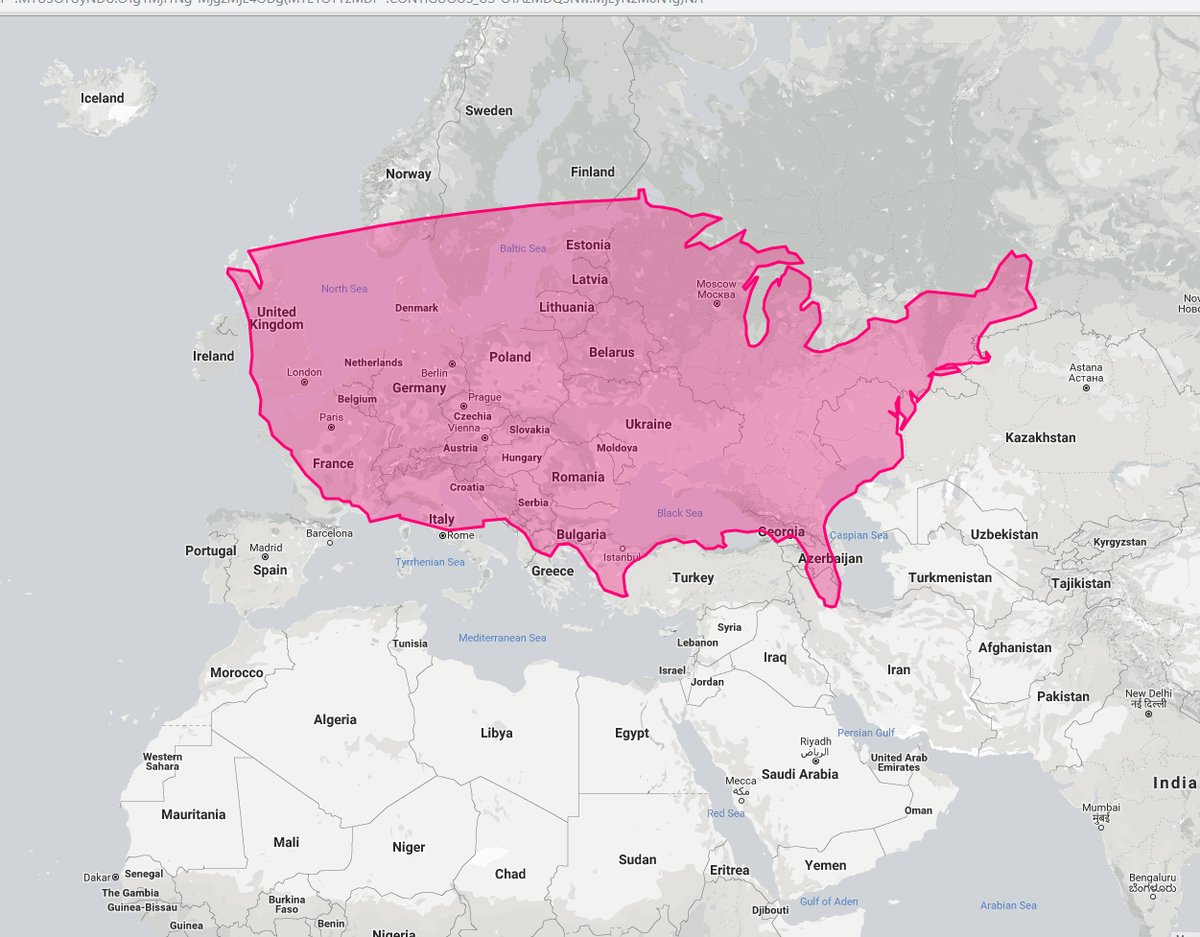