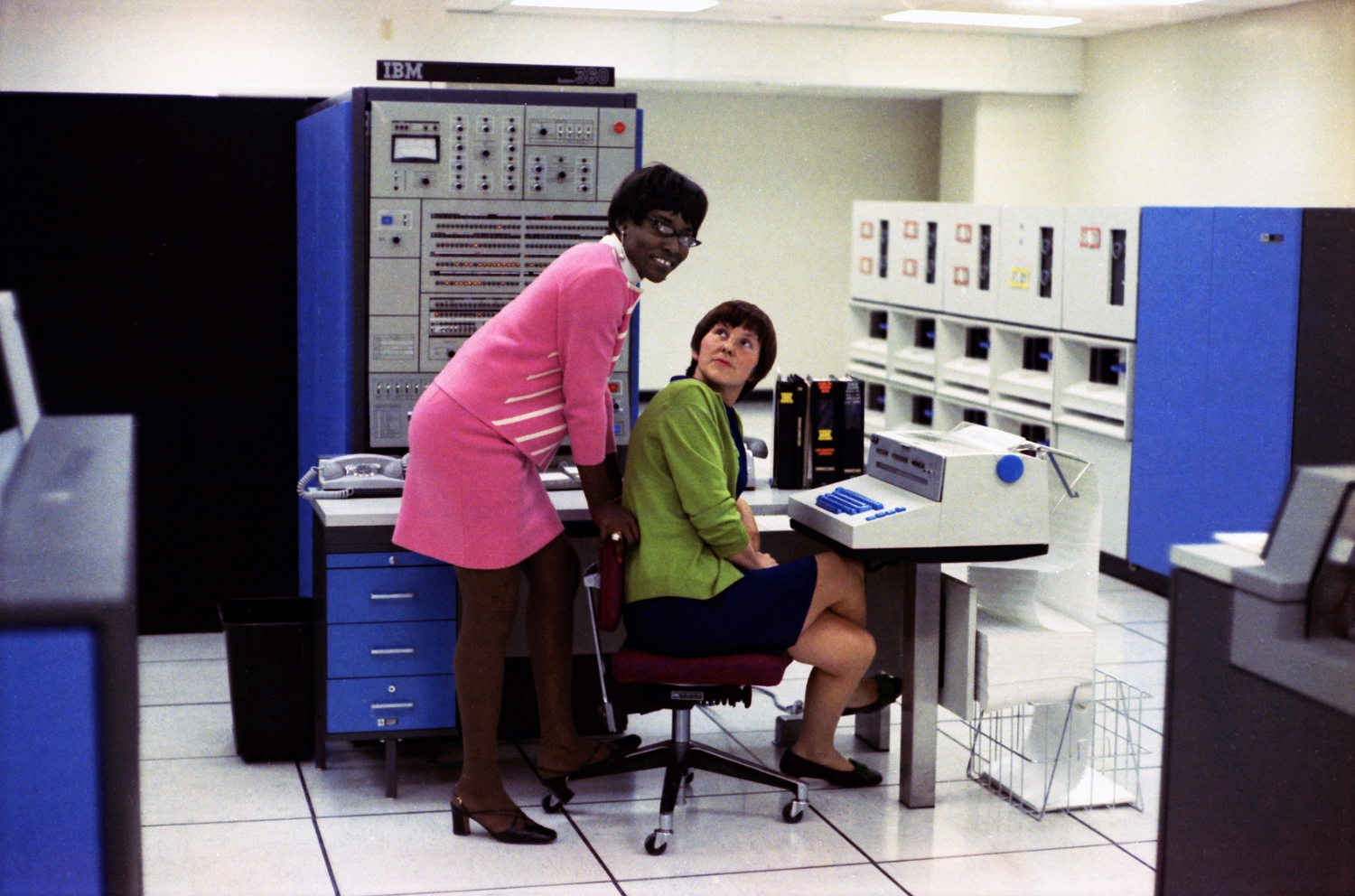 Can't Unsee Fantastic game. If you're a developer working to bring designs to life, and struggling with the finer graphics, this is a good way to train your design eye. 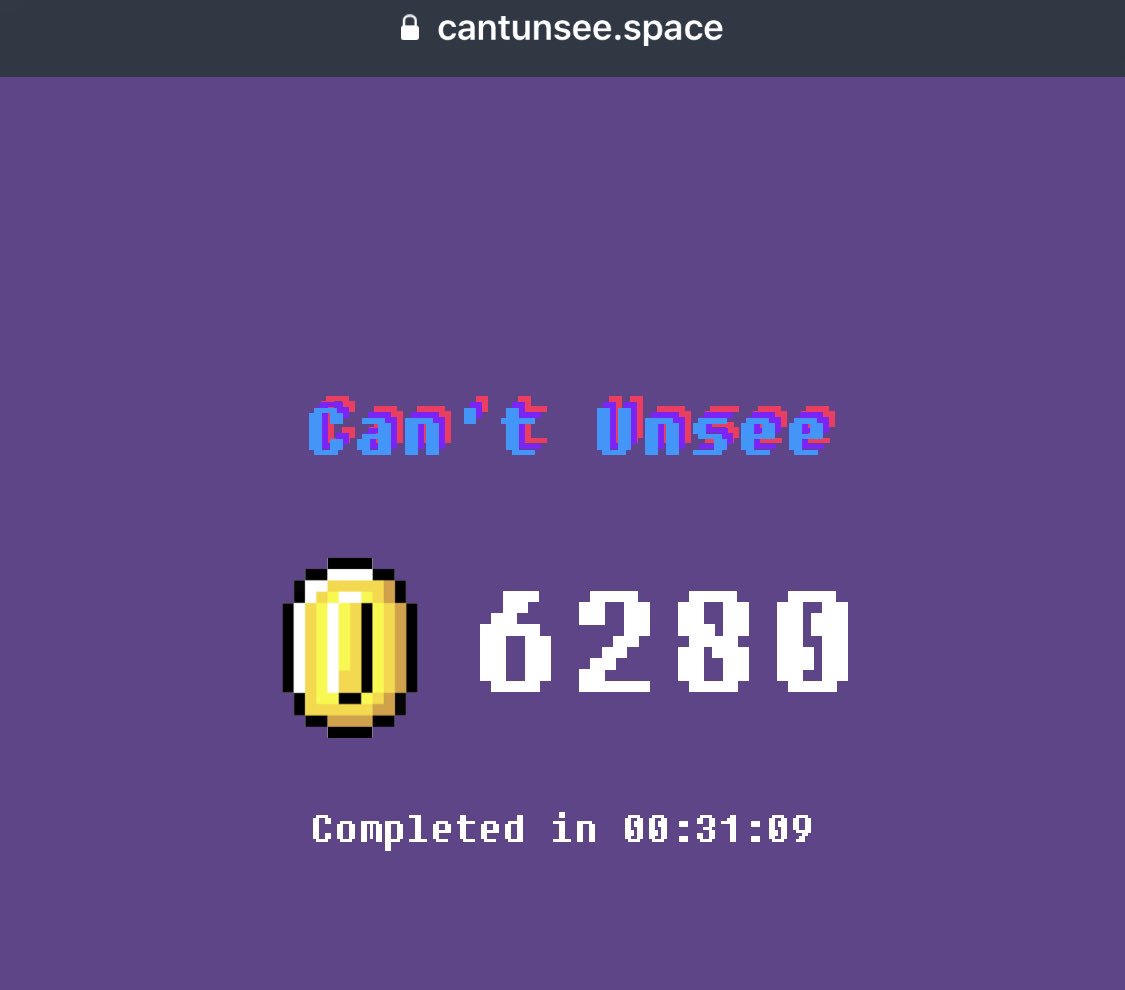 I've felt absurdly lucky the past two years working at Tinder and now it's my last week here. I'm heading over to Amsterdam soon to go work at @Framer ❤️

A couple of lessons that I learned from the Tinder interface as parting advice. None of this is gospel.

If you look at it this way, there’s nothing magic about useState or useEffect. Of course they “know” which component they belong to! React knows it just like your language knows which variables belong to which function, and when to destroy them.

WebSockets the UNIX way "It's like CGI, twenty years later, for WebSockets"

Working on a new Bash book. So far:
Intro: You chose the wrong tool.
Ch 1: Have you considered Python?
Ch 2: Try calling Python from your Bash script.
Ch 3: If you're still here, try adding quotes.

TIL some @SlackHQ channel names that'll result in a nice message once someone leaves the channel... like a funny goodbye:

Gary "Wrong. The ONLY way you should organise CSS properties is like a Christmas Tree." 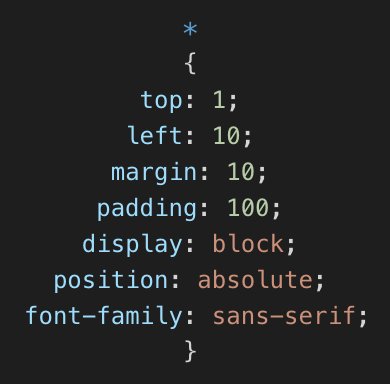 qntm "Try this, kids at home! (V8 only AFAIK so Chrome or Node.js)" 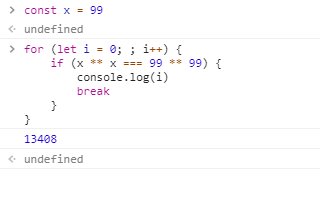 to increment some counter on the page,

I find myself running code I wrote with the irrational hope that it has developed some improvements since I wrote it.

The “Bug-O” Notation “The Bug-O describes how much an API slows you down as your codebase grows.”

Nest makes great points, but I dislike the trend of saying devices being maliciously accessed or abused weren’t ‘hacked’. It’s a weird kind of gatekeeping that kind of discounts the security hygiene and education issues most consumers are still struggling with. Outcome = same.

Oh wow, Apple is getting rid of the mostly useless "Do Not Track" signal in Safari because it was a way to track people: https://developer.apple.com/documentation/safari_release_notes/safari_12_1_release_notes 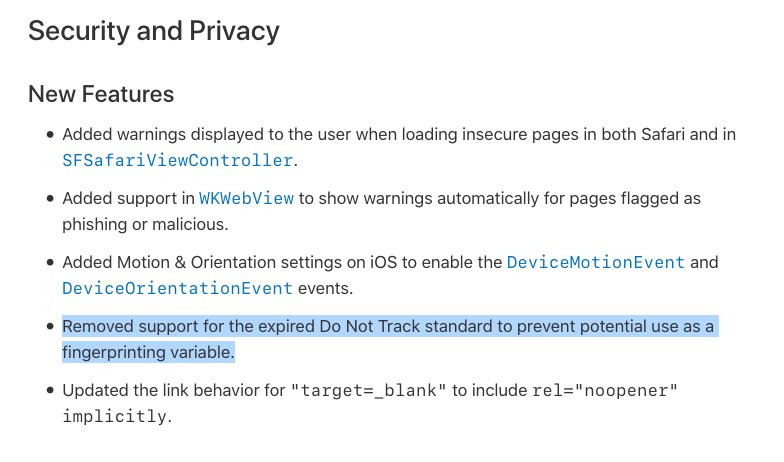 So every now and then my company sends out phishing emails to us to “test” us. The emails are obvious phishing emails but if you click one you have to sit through a boring hour long training that’s the equivalent of detention. The malicious compliance is I now open no emails from management with headlines that maybe a mundane task or generally something I don’t want to do. Whenever I’m asked why I didn’t respond I simply say I was being careful about phishing and I get praised for it rather than yelled at for dodging work.

In infosec folklore, if you leave a USB under your pillow at night, there will be malware on it the next morning.

Five Things That Scare Me About AI Not AI per se, but the blind use of algorithms we don't understand (could be anything with if/else branches):

Returning to the account of the popular 5th grade teacher who was fired by an algorithm, she suspects that the underlying reason she was fired was that her incoming students had unusually high test scores the previous year (making it seem like their scores had dropped to a more average level after her teaching), and that their former teachers may have cheated. 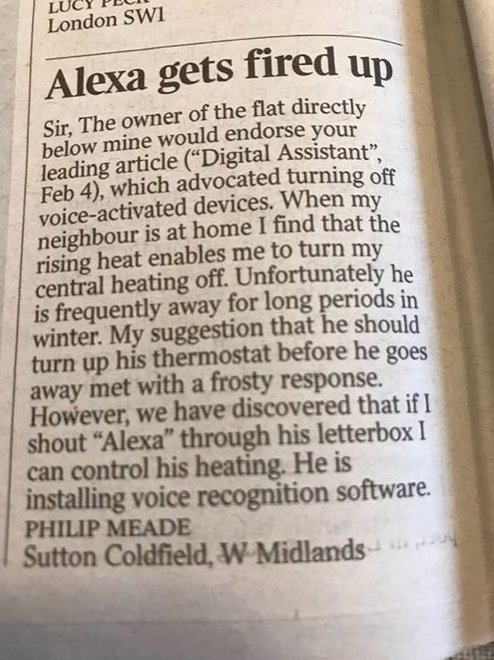 "We learned a lot"

This phrase is almost always a euphemism for “We've spent nearly all of our capital, don’t have traditional traction, but need more money.”

Those four words that will chill a VC’s soul - here's what you should say if you're running out of cash/time. 1/9

Alex Rampell "This is the most brilliant iPhone app grouping I’ve ever seen..." 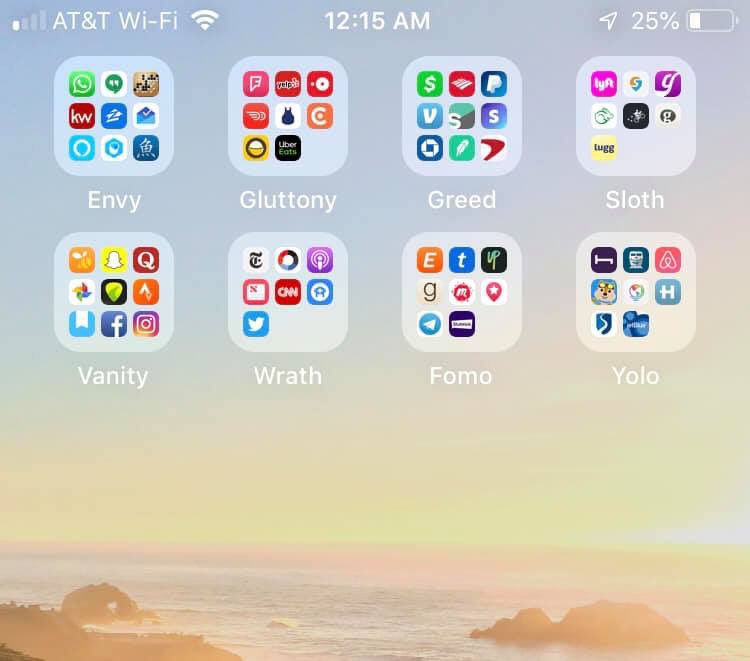 Jeff Bezos Brings the Receipts In which Jeff Bezos stands up to blackmail, comes across as everyone's favorite underdog, there are nude pictures, and even the Saudi government is involved:

That strategic positioning hasn’t gone without notice. As Kristin Kanthak, a professor of political science at the University of Pittsburgh, put it on Twitter: “You know we are at a disgusting moment in our nation’s history when the billionaire sending out dick pics is the HERO of the story.”

pico-8 Virtual console app for making, sharing and playing tiny games and other computer programs. Looks like tons of fun!

Mike Rosenberg Journalism has a future, if you care about your subscribers:

The Seattle Times changed course to focus on stories that drive subscriptions - not clicks. Now we're at 41,000 digital subscriptions, up 21% in a year. And no layoffs.
Love working in a community that values independent journalism enough to pay for it

julius tarng Of course this blows up on Twitter:

So everyone was joking about Konmari-ing their Twitter, but I went ahead and made a tool for that:

Hang out with virtual me and go thru your follows one by one. Do their tweets spark joy? If not, hit [Unfollow]!