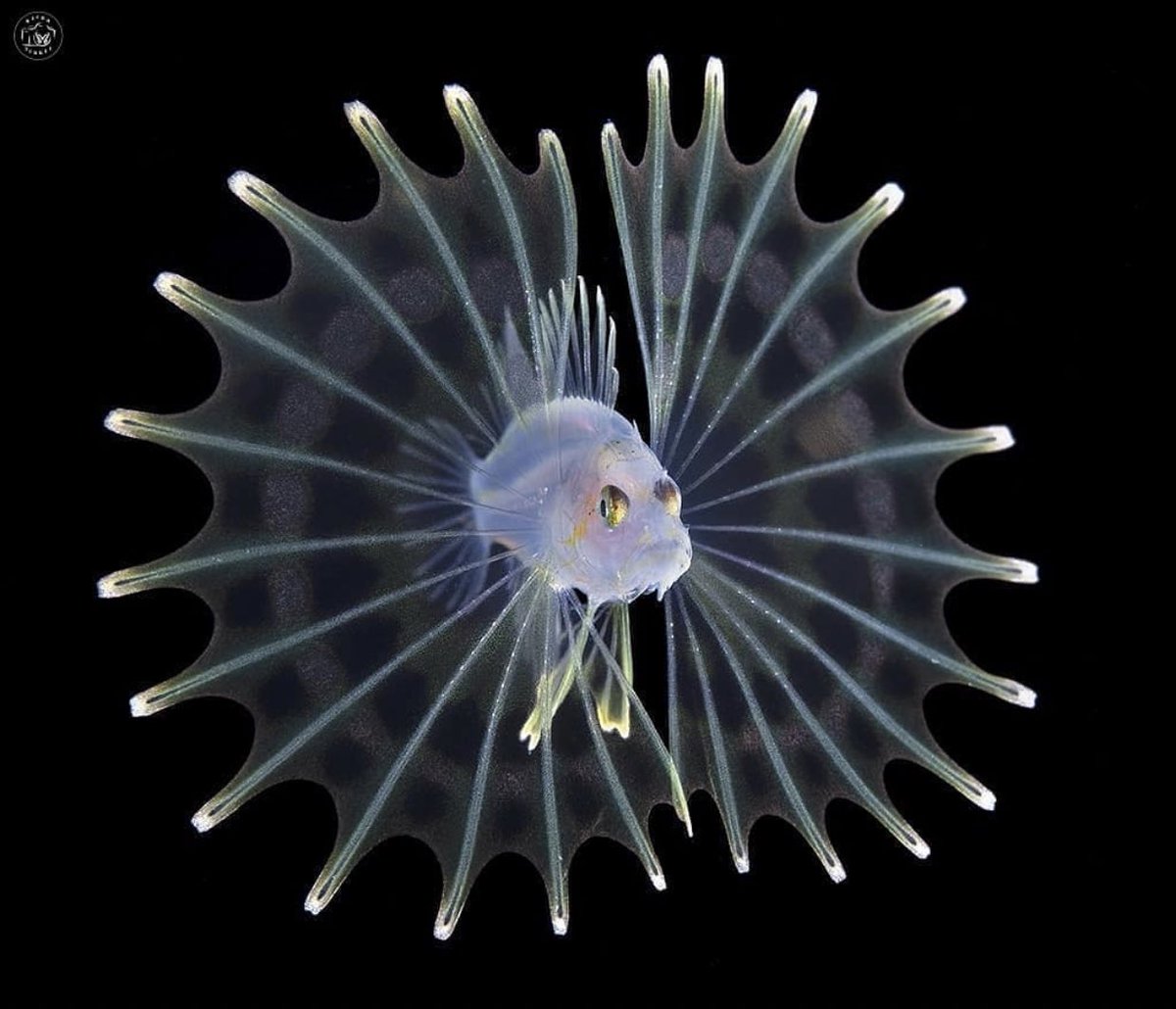 This is the essence and opportunity of Web Brutalism: more than a utilitarian aesthetic, it’s a way of creating spaces for thought and expression on the web that reflect the nature of thought and the web. … When that task is thinking, the best tools reflect the way that thinking happens, a meandering, back-and-forth process of exploring and refining our hunches and questions and notions.

You must first remind people of their own bias, and that they are NOT like their customer... 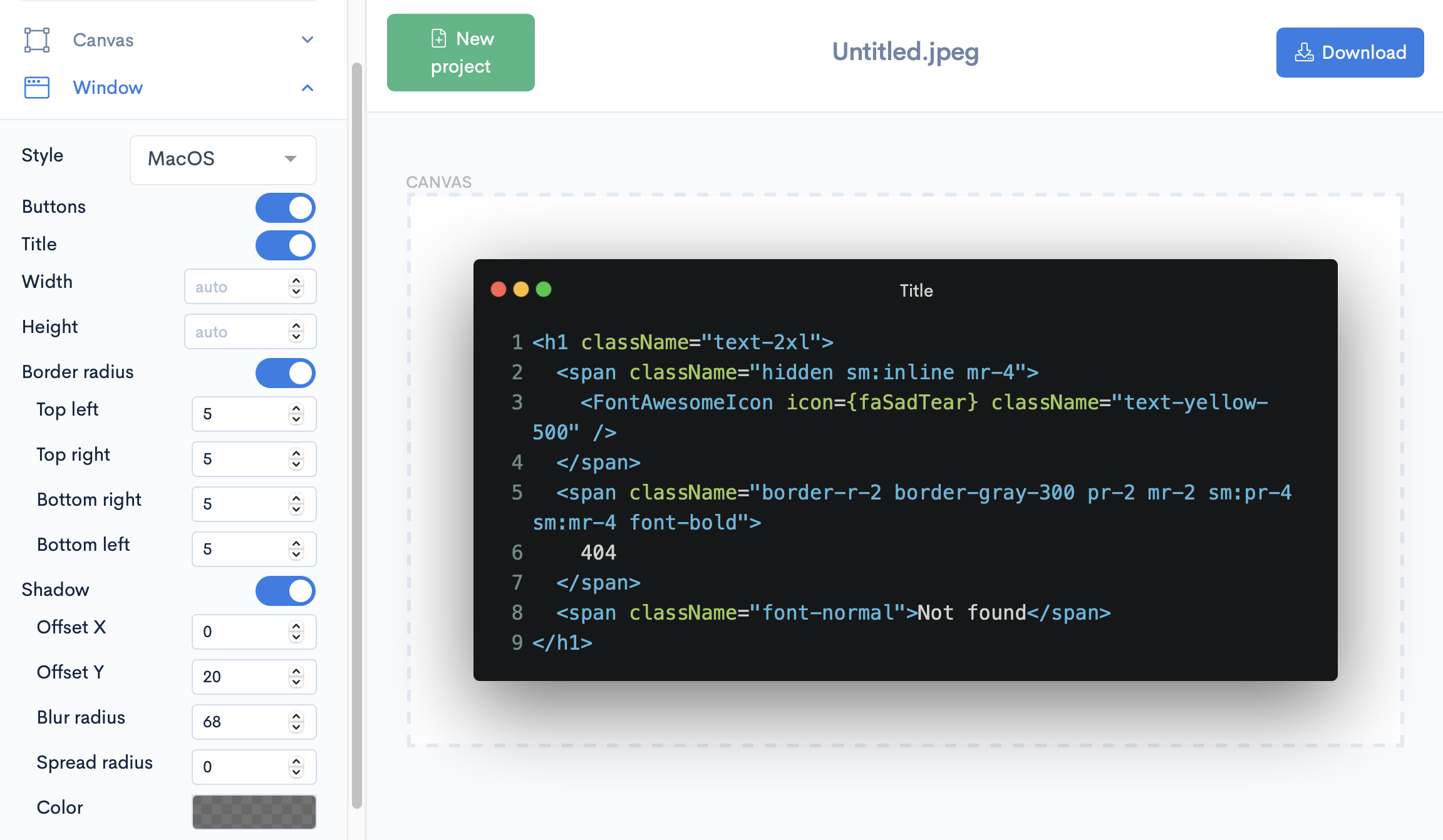 airbnb/ts-migrate Since all the cool kids are TypeScripting today, don’t forget to use this before posting Instagram stories of your source code.

Meta Tags Slick tool for generating meta tags for any website/page, and previewing how they would look on Google, Facebook and Twitter. 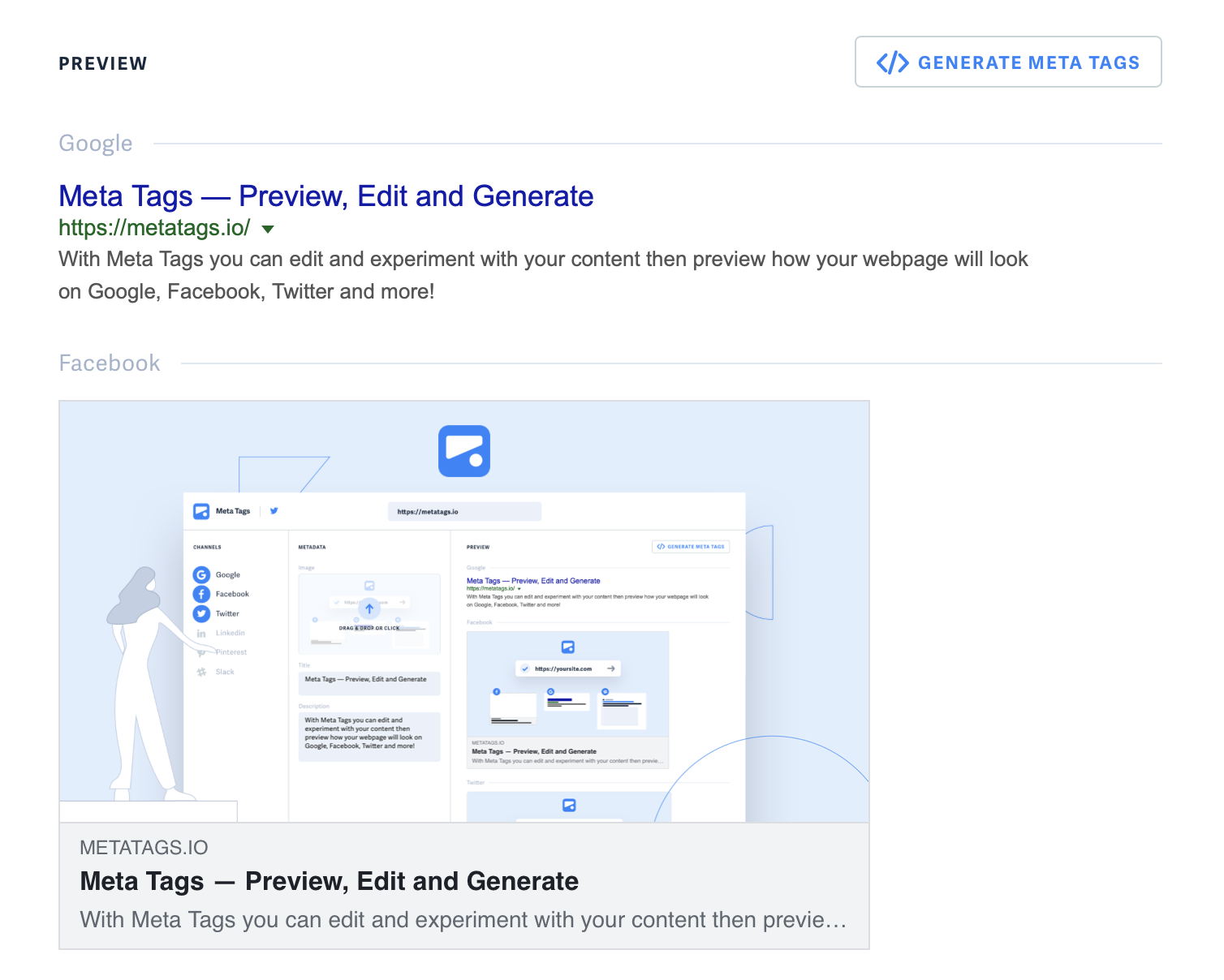 Danfo.js is an open-source, JavaScript library providing high-performance, intuitive, and easy-to-use data structures for manipulating and processing structured data. Danfo.js is heavily inspired by the Pandas library and provides a similar interface and API.

so I accidentally held down something and deleted all cells in this jupyter notebook I've been building for ~2 months, and the "undo delete cell" isn't bringing them back. Lol.

There is still no better way to get things done than the following:

mainframed767 Can you guess how much S/370 weighs?

I will let out a bit of a secret.

I have been running a full IBM System/370 Mainframe on a $20 Raspberry Pi Zero for ~5 months.

Thousands of lines of COBOL and HLASM running flawless.

Tested an entire bank’s mainframe COBOL on it.

Mislav Marohnić 👇 I have a similar story about old Sinatra and Node apps. Too many modern day web technologies are planned obsolescence:

I needed to make a small change to my hobby Rails app I was maintaining since 2009. Web development is easy, so how hard could it be?

Famous last words, as it turns out. (thread)

Sitrep: F-35 upgrades aim for more compute power (and maybe new software) It’s common knowkledge that when you make enough PowerPoints about Agile, software suddenly assembles ahead of schedule, below budget, and with zero defects:

Agile processes were supposed to magically turn the F-35 program into a more cost-efficient series of feature-ships—a process called Continuous Capability Development and Delivery. This "devops for fighter jets" was supposed to speed up delivery of features to not just DOD, but all of the allied militaries receiving the F-35.

Just because an OSS framework is free of charge, it doesn't mean it shouldn't also offer:

Harassers are nice to me, and probably to you Yes.

Suddenly, I understood why he had sought to establish a relationship with me early on. I was going to have power in the org, and he wanted that power to view him favorably. I also realized that most or all of the other people at my level – the very people who could do the most to address Peter’s behavior – likely didn’t know what everyone else thought was common knowledge.

One form of Toxic Positivity is when people say "let’s keep it positive" in order to shame or silence those with legitimate criticisms or concerns.

Julia Evans “what to talk about in 1:1s (permalink: https://wizardzines.com/comics/1-1s/)” 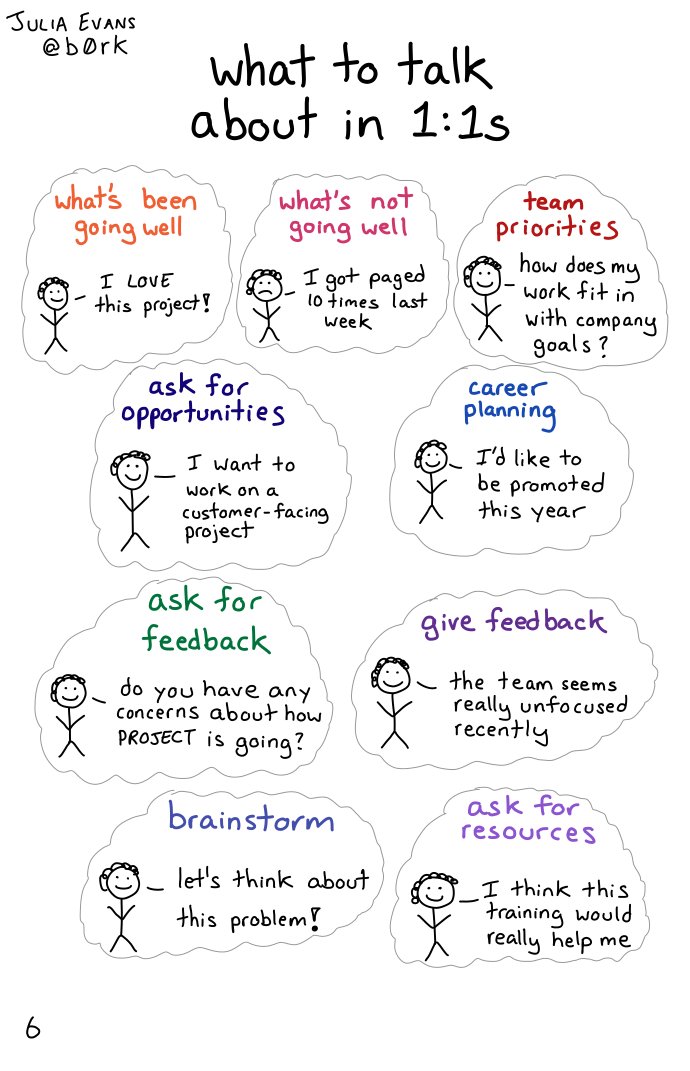 The verbal clue your business is stuck, and how to get unstuck 👍

This logical process is natural. It is also toxic, in that it places an impossibility (having something you don’t) as a condition for progress, thereby justifying indefinite procrastination.

Life, and business, at its most dynamic and most successful, works the exact opposite: Be => Do => Have.

Ant Murphy “When a measure becomes a target, it ceases to be a good measure.”

Buying NPS. That’s a new one.

Just got the obligatory NPS q. I said 8/10. They followed up by calling saying anything below 9 is a failure in their eyes (cough KPI) and wish to compensate with a discount...

Followed by “would that be enough to change your exp to a 9/10 now?”

Guide: Make money building Shopify micro-SaaS apps The Shopify marketplace is more B2C than B2B: flat, crowded, and customers that buy on price, not value. If you’re thinking of selling Shopify apps, read this first to figure out your strategy.

Apple Accidentally Approved Malware to Run on MacOS TL;DR Even with gatekeeper and notarization, you still have to watch what you install on your Mac.

foone Damn, that would’ve been a cool hack:

Sadly, the "C" in the HT48C06 means this is the mask ROM version, so there's no reprogramming this chip to run other programs. We can't run Doom on this pregnancy tester, I'm sorry.

Turns out the single-use $3 “digital” pregnancy tester is … well, read for yourself:

and why does it do that? so it can detect the lines on the paper! In other words, the whole point of the digital part, the battery, IC, LEDs, and photodiodes... is to read the lines and tell you "PREGNANT" and "NOT PREGNANT" instead of "||" or "|+" 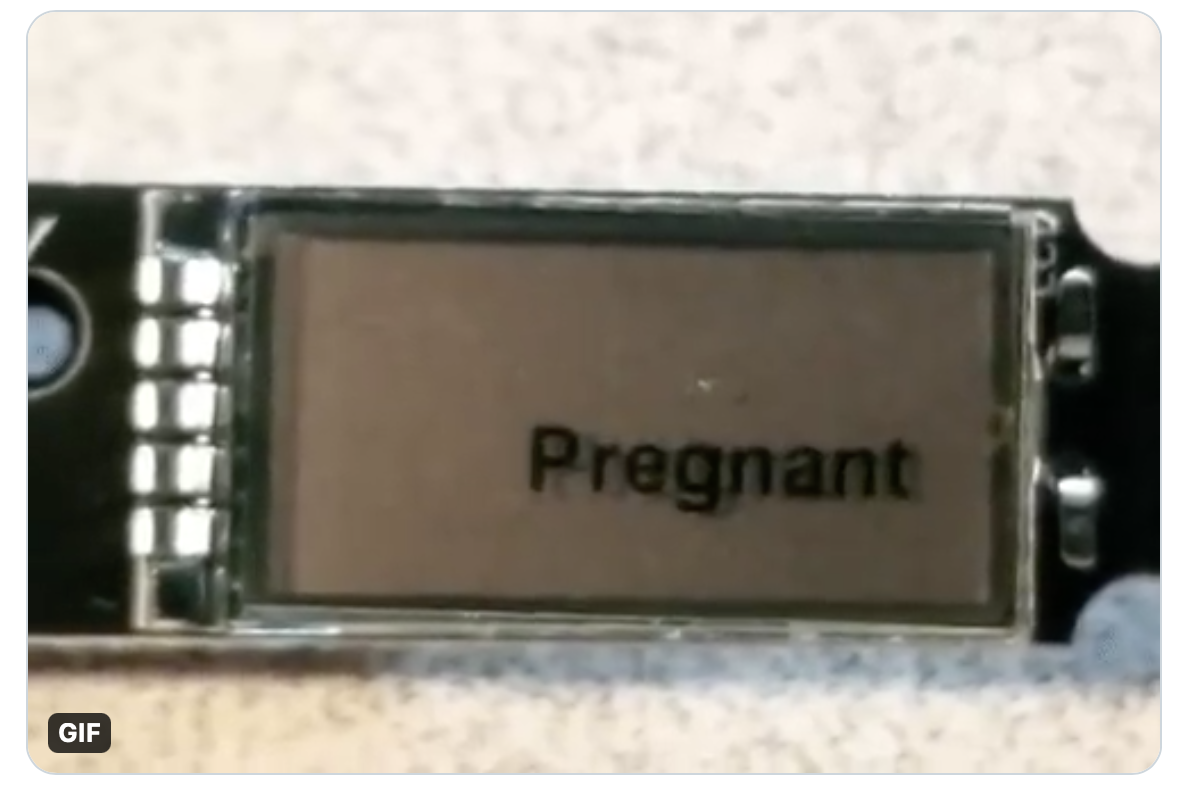 These students figured out their tests were graded by AI — and the easy way to cheat The cheating here is whoever sold this piece of software as “a learning solution”. The students just did what the simplistic algorithm expected them to do.

Brendan Loudermilk “It's been over two years since the GDPR became enforceable and many websites still completely block European visitors. I'm beginning to think we're are not as important as they claim...” 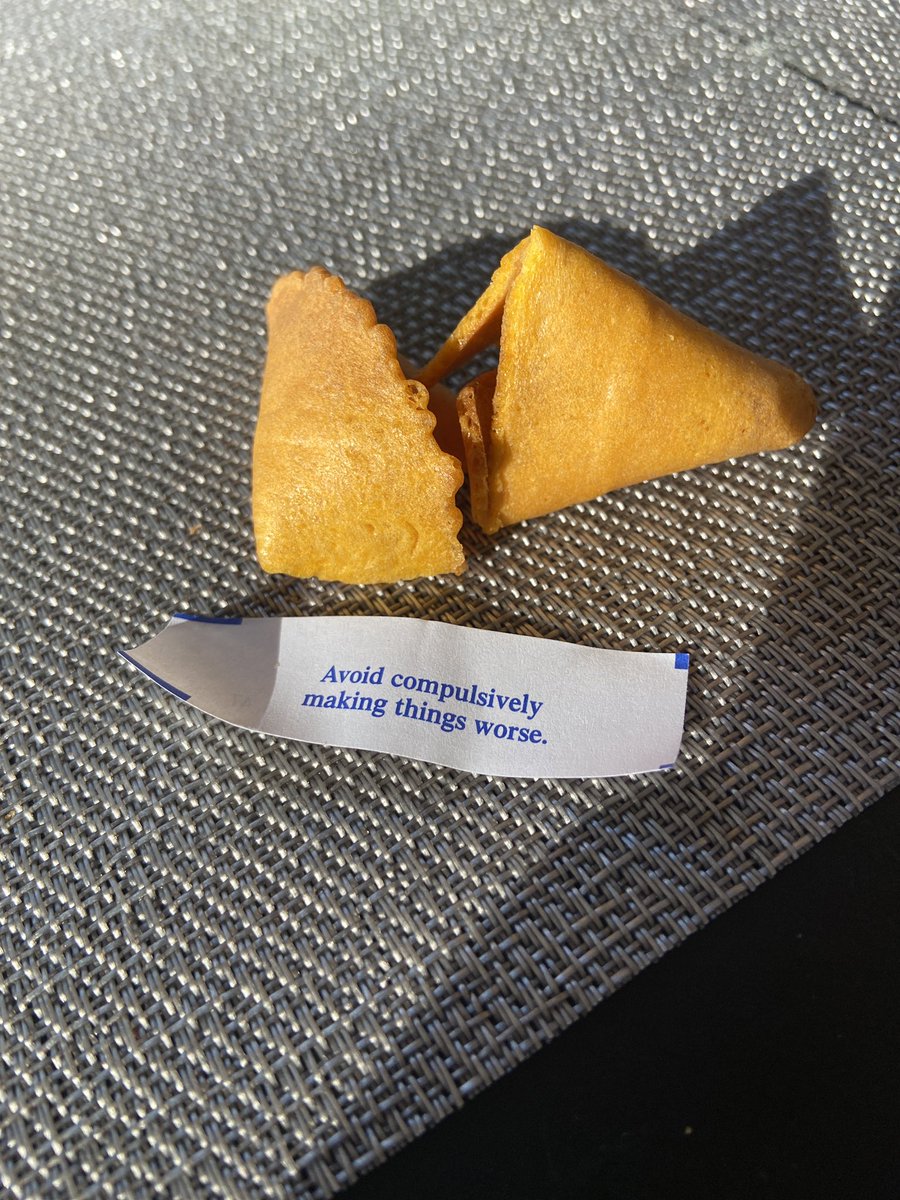 OMG my brother in law, the gift that never stops giving, was tired of being sent to get rice every day so he decided buy in bulk, talked to the shop about it, wires got crossed, now there is a literal TRUCK FILLED WITH RICE outside the house and my sister is losing her shit lmfao

Here's a conspiracy theory I just invented: I don't think narwhals existed before 2004. Every child I know has sophisticated opinions about narwhals. Meanwhile, an informal poll of GenXers reveals that none of us have any recollection of EVER hearing about narwhals as kids. 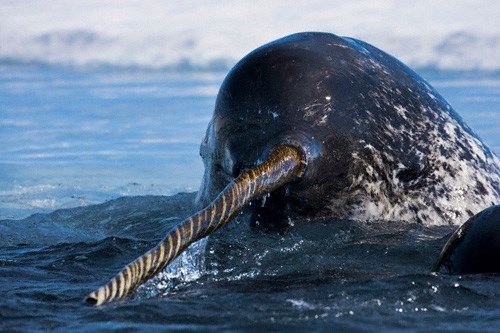 I'm spending more time mentoring younger people lately. I'm consistently delivering the message that they should be seeking relationships where the other person or business wants a relationship with them as badly as Apple wants them to Upgrade their iCloud Storage. 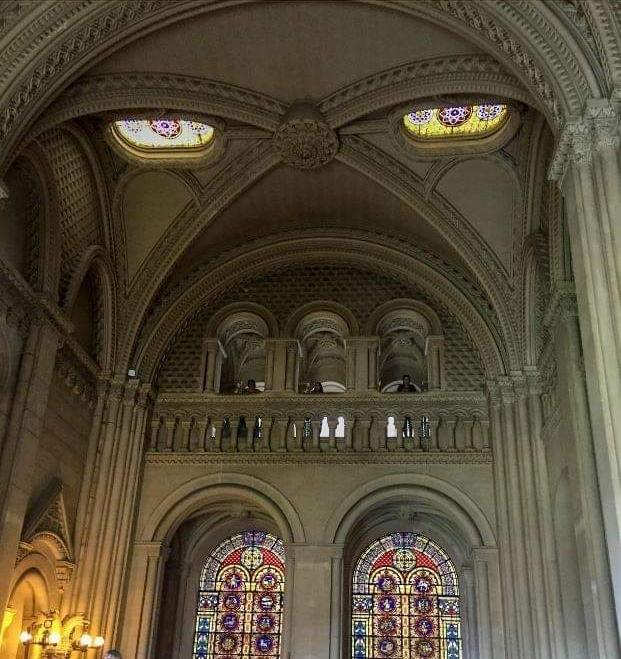 Airline pilots reported seeing ‘a guy in a jetpack’ flying 3,000 feet over Los Angeles The 2020 plotline has some unexpected side stories.

A Supercomputer Analyzed Covid-19 — and an Interesting New Theory Has Emerged It’s becoming evident that, while COVID spreads through the respiratory system, it’s primarily a vascular disease. This article talks about the Bradykinin hypothesis.

Why are there 5280 feet in a mile? Something to do with Roman soldiers, Viking laws, bible translations, and taxation (of course). Fascinating story:

The military at this point didn’t do that much marching and didn’t care much about the Roman mile: England was a maritime power and ships don’t navigate by counting footsteps. By the time of Elizabeth’s reform, the Age of Exploration was a century old, and navigation at sea was highly developed. 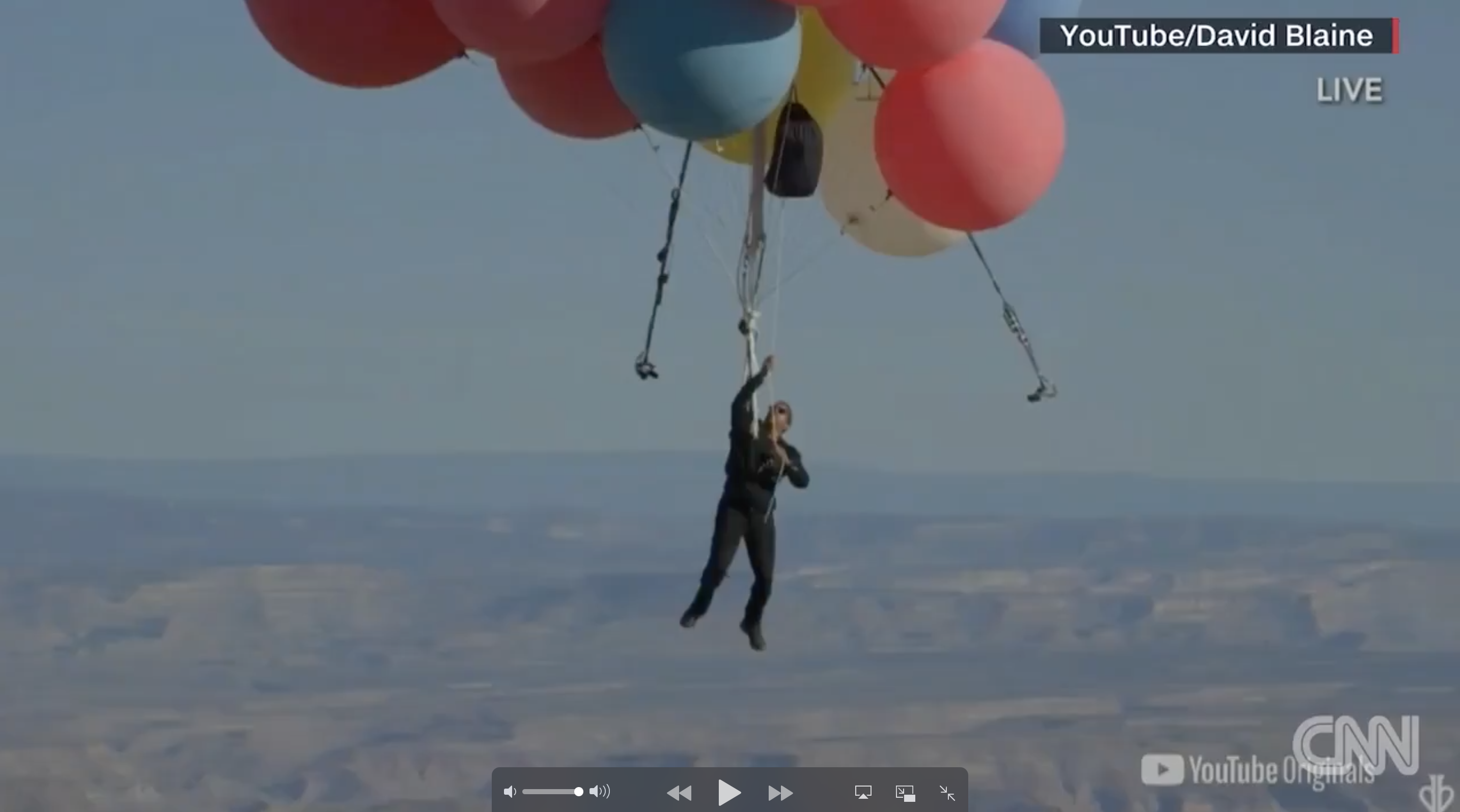