Steve Sanderson "A heatmap visualisation of where the door handle should be:" 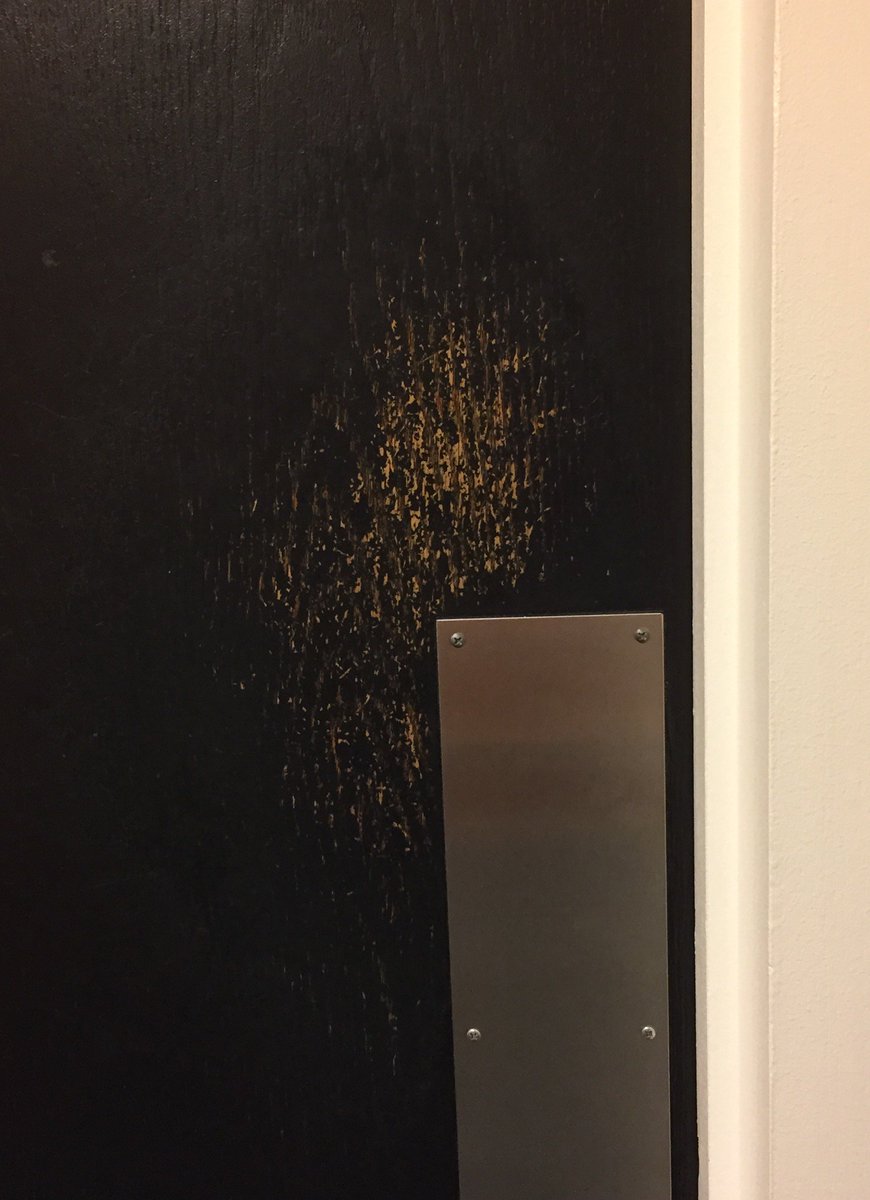 LiquidText Inking The Liquid Text demo video is brilliant. This is one of the most interesting, tech-augmented, user interaction I've seen in a long while. I've yet to figure out how to actually use this app. But this demo video …

PunchesBears ㅎ㉨ㅎ "The new Samurai Jack is like a masters class in color theory."

Learning CSS Grid Layout How to approach learning grid layout. Solving problems that you actually have rather than trying to learn the entire thing at once.

A Complete Guide to CSS Grid Related, guide and reference for CSS Grid.

Jen Simmons CSS Grid vs Flexbox in a nutshell:

My super simple theory at the moment — if you are putting widths on flex items, you are doing it wrong. Use Grid. (Let’s see if that holds.)

The State of Browser Caching, Revisited The difference between specs and reality. Mark Nottingham reviews the current crop of web browsers, which HTTP cache headers they honor, what heuristics they make, how they deal with status codes, etc.

Shell Scripts Matter How to bash like a pro, including linting, unofficial strict mode, testing, logging, and more.

Using Node.js to Interact with Facebook's Graph API Facebook's API documentation deals with code that runs in the browser. This article fills the missing pieces, and shows you how to use Facebook's API from Node.

Building an Amazon Alexa Skill with Node.js Looks easy enough: "The only real restrictions are that it must accept POST requests over HTTPS and respond with very specifically organized JSON."

Your startup either dies, or it lives long enough to use JIRA.

Self-driving cars in the browser "The goal of this project was to create a fully self-learning agent, that would be able to control a car in a 2D bottom-down environment. Written solely in JavaScript."

Oh Microsoft Word, I know you're proud of your range of templates but I will only ever require a new blank document. Nothing else.

Seeing Theory A visual introduction to statistics and probability. Beautiful and insightful. 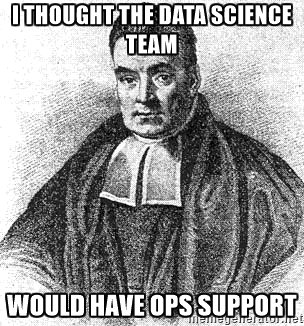 Relevant in an ever growing #JavaScript language:

"We are not paid to use every feature of the language." - Douglas Crockford

Communicating Sequential Processes: an alternative to async generators "In the process, we will also take a look at the ECMAScript proposal that async generators are a part of: asynchronous iteration"

Surprising polymorphism in React applications Even though both objects have the same properties, it matters how they were created.

if you ever code something that "feels like a hack but it works," just remember that a CPU is literally a rock that we tricked into thinking

Brandon Hays "Oh look it’s one of my old codebases" 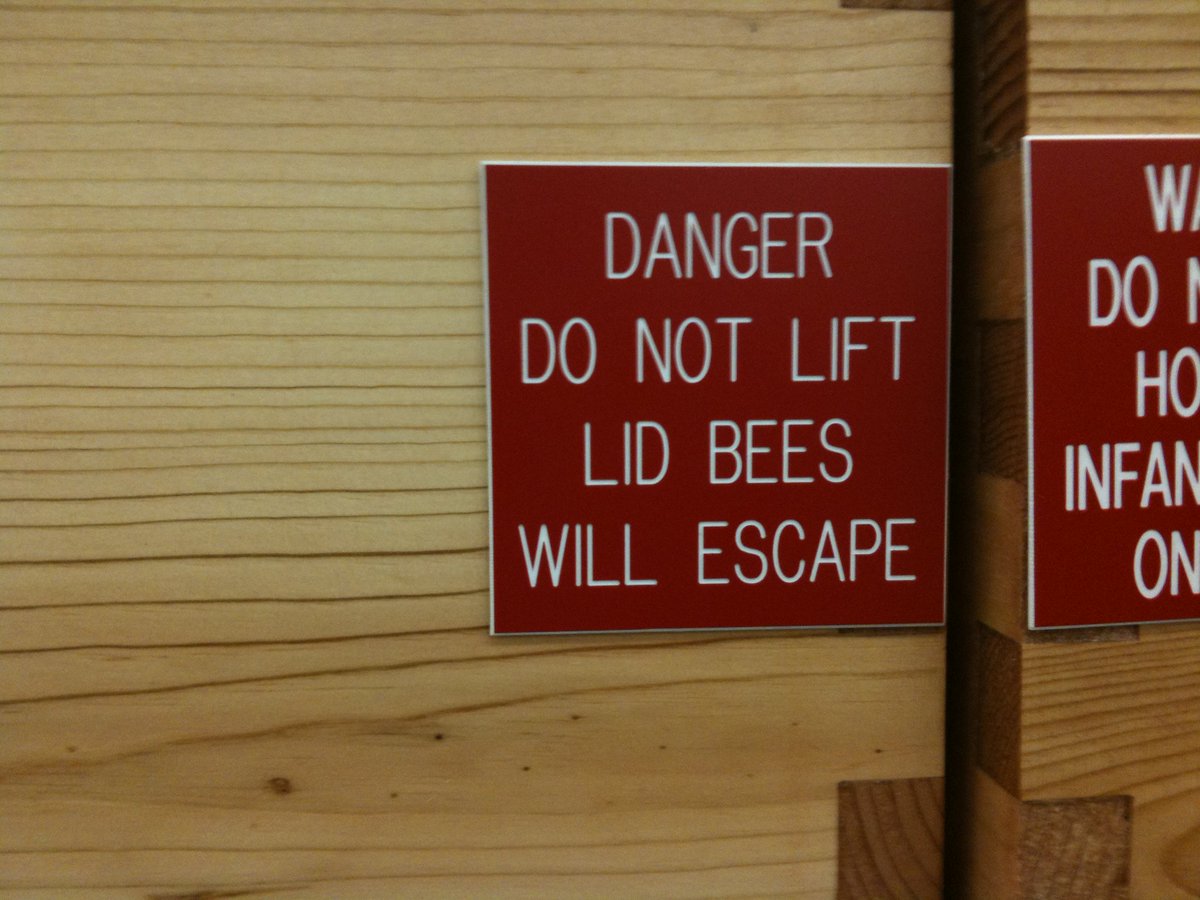 Determining which components are worth isolating, getting teams to agree and unify on them rather than letting “a thousand flowers bloom” is hard ongoing work. It does not end up looking like a breakthrough — it looks like an engineering team that is just getting things done. That always seemed like a worthy goal to me.

How should startups think about culture?

Culture is a mirror that reflects back the combined personalities of the people at the company, and so I think the only tool that you have as a founder to define a culture is hiring and firing.

Hi, did you know, English is a mutable language. Definitions of words change over time. We can use the word engineer in a new way!

I often advise people to take on projects you're only 70% qualified for, but then learn like crazy to bridge that 30%.

Your DNA is just millions of years worth of software updates

We’ve lost control of our personal data (including 33M NetProspex records) I got an alert from ';--have i been pwned?, no acknowledgement from D&B yet. And yes, that's the same D&B that demand you “change your password every 90 days to ensure the security of your account”.

The more I learn about cryptography, the more I think Alice and Bob should probably just talk in person.

Rob Graham "This is my MacBook login screen, to defend against compelled password disclosure" 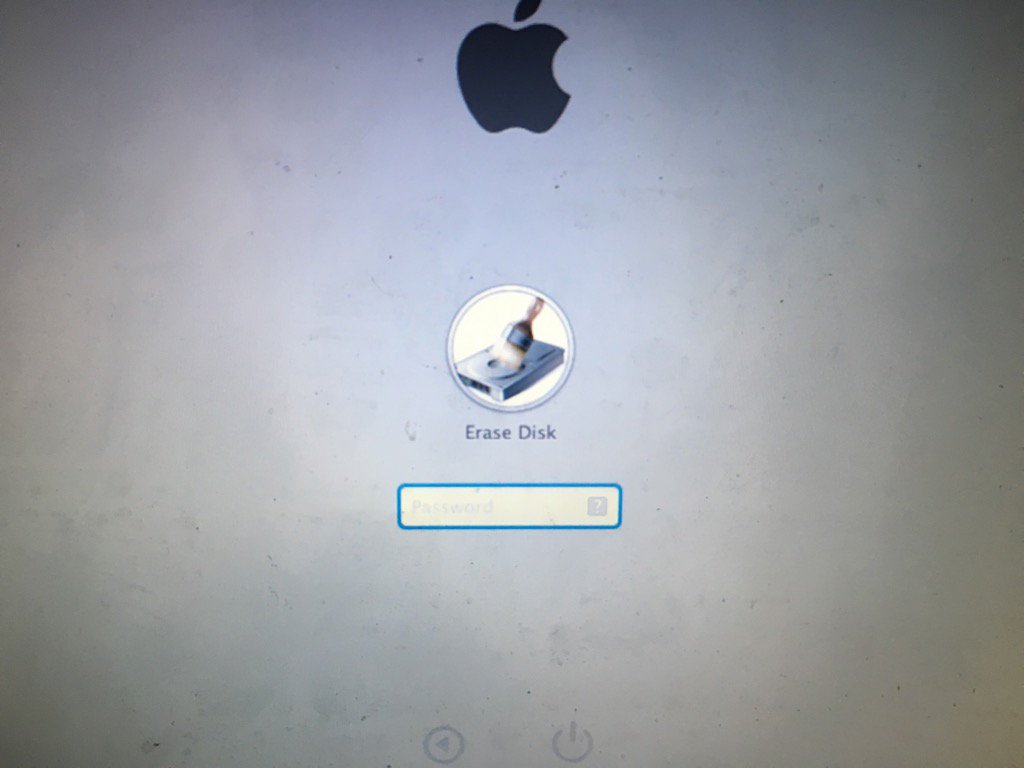 Google Home is playing audio ads for Beauty and the Beast Even Google is ashamed at this turn of events, witness their weasel phrasing: "This isn't an ad; the beauty in the Assistant is that it invites our partners to be our guest and share their tales.”

An artist turned iTunes' 20,000-word terms and conditions into a satirical graphic novel Each page is a different art style, inspired by well known comics. And, of course, the text:

I loved the idea of using a well known text — in its entirety — that everyone has heard about, but very few people have ever actually read. That's something that the Terms share with many classic works of literature.

Woman interrupted during BBC interview Remember BBC dad interview from last week? What might have happened if a mother was interrupted in the same manner?

AirBnB, whose business model is "Uber for toilets," claims it's finally making money, a claim backed up by the fact that it just borrowed another billion dollars. Half of the comments are from people slowly realizing why consumer protection laws exist. The other half are from people trying to figure out what AirBnB is hiding from by not taking the company public.

i love preparing technical talks, my apartment has never been so clean

Sideways dictionary It's like a dictionary, but using analogies instead of definitions:

HTTPS —
It’s like wearing good headphones. So the music is channelled directly to your ears and no one else gets to hear your favorite Nickelback CD. 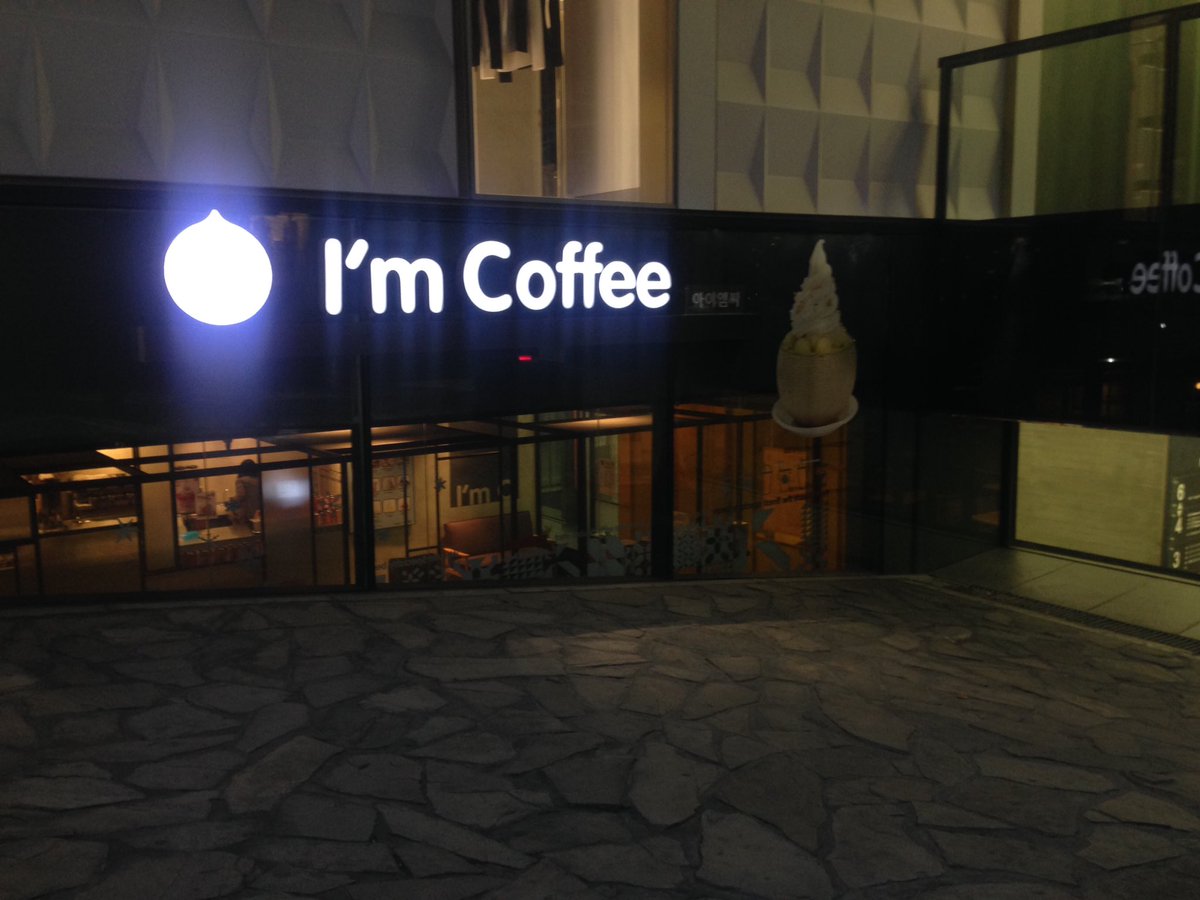 Lack of Oxford Comma Could Cost Maine Company Millions in Overtime Dispute "A 29-page court decision handed down on Monday, was an exercise in high-stakes grammar pedantry that could cost a dairy company in Portland, Me., an estimated $10 million."

juno 🐓 "this poor woman is just trying to clean the leaves"

Yes, Your Sleep Schedule Is Making You Sick This article made me a bit dizzy, it's written to confuse. But looks like you can piece useful advice on managing your sleep schedule, especially dealing with jet-lag.

Allison Hughes "In case any of you are wondering what Tinder is like in San Francisco." 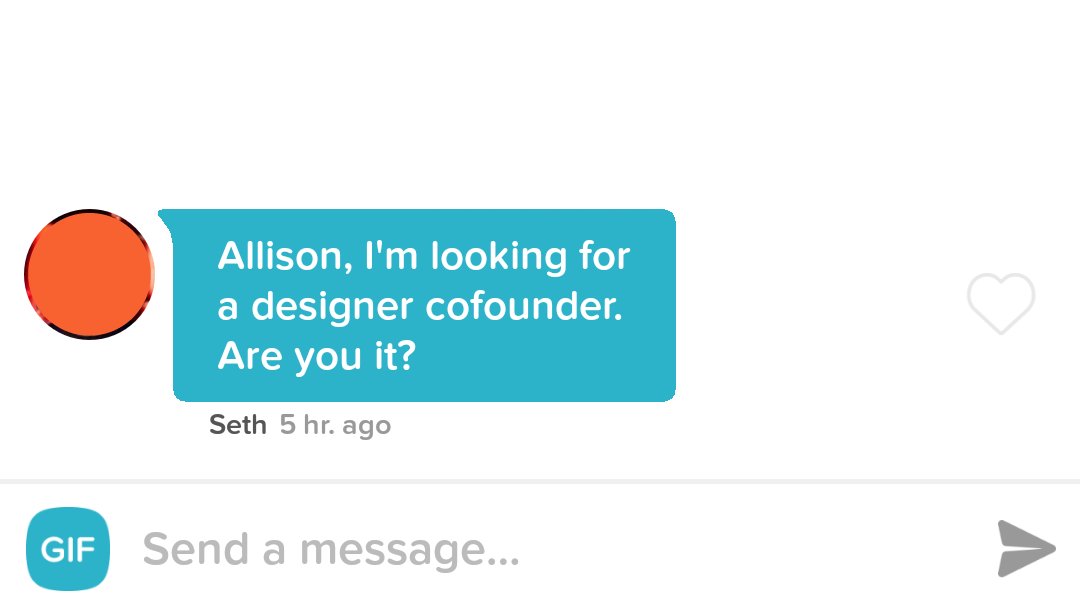 rae paoletta "cats who prove all boxes are cat-sized: a thread"