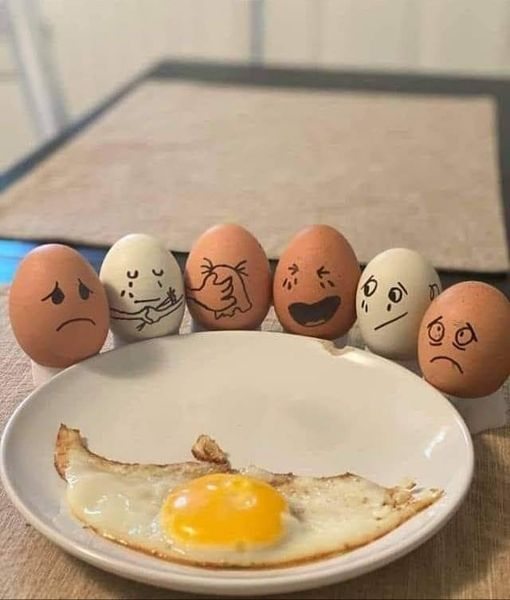 3 design choices that make Whatsapp the best instant messenger I don’t love the aesthetics of WhatsApp, but I agree with the premise of this post. WhatsApp feels like a living room, the place you hang with family and friends, very casual. iMessage is the immaculate boardroom, it’s business attire, people speaking in turns. The UX affects how we choose to communicate and with whom, and WhatsApp nailed social casual. 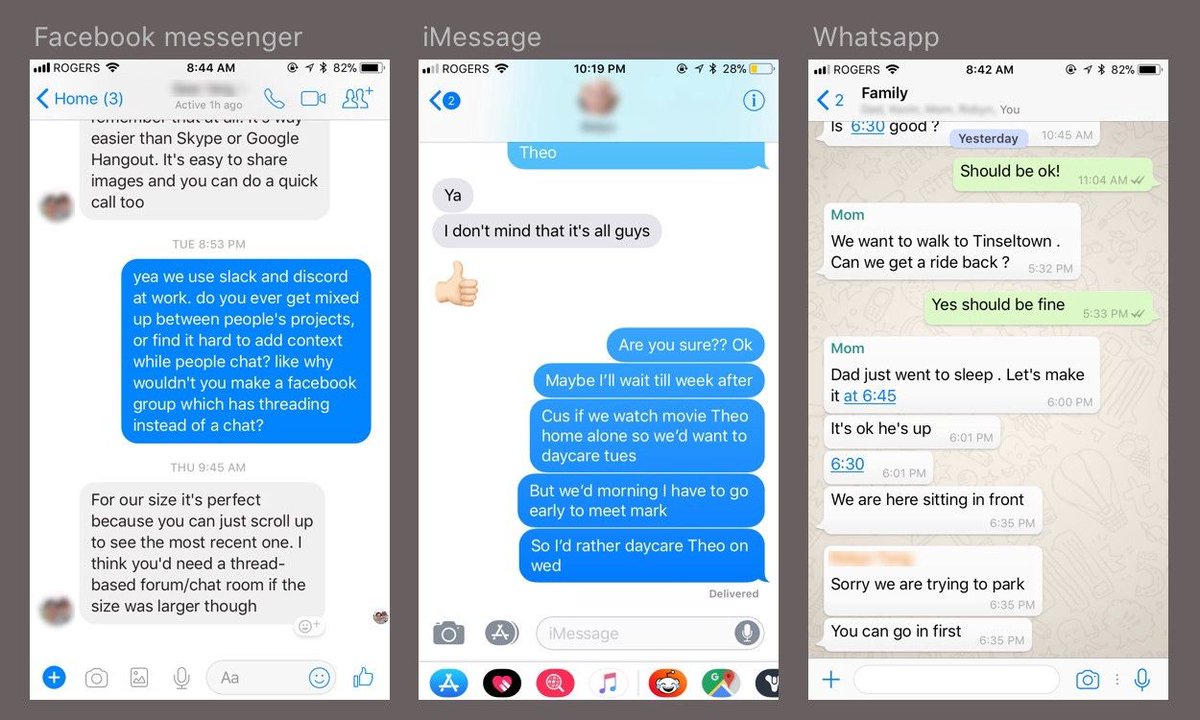 Nat Zor-vax “This is one of my favorite memes. Capitalism breeds innovation”

FigJam for online diagramming Figma just came up with essentially an online whiteboard for team collaboration. FigJam is hand drawing, shapes and connectors, sticky notes, stickers, and reactions. I love the name, and it's a joy to use, except it doesn't seem to work with iPad + Pencil. 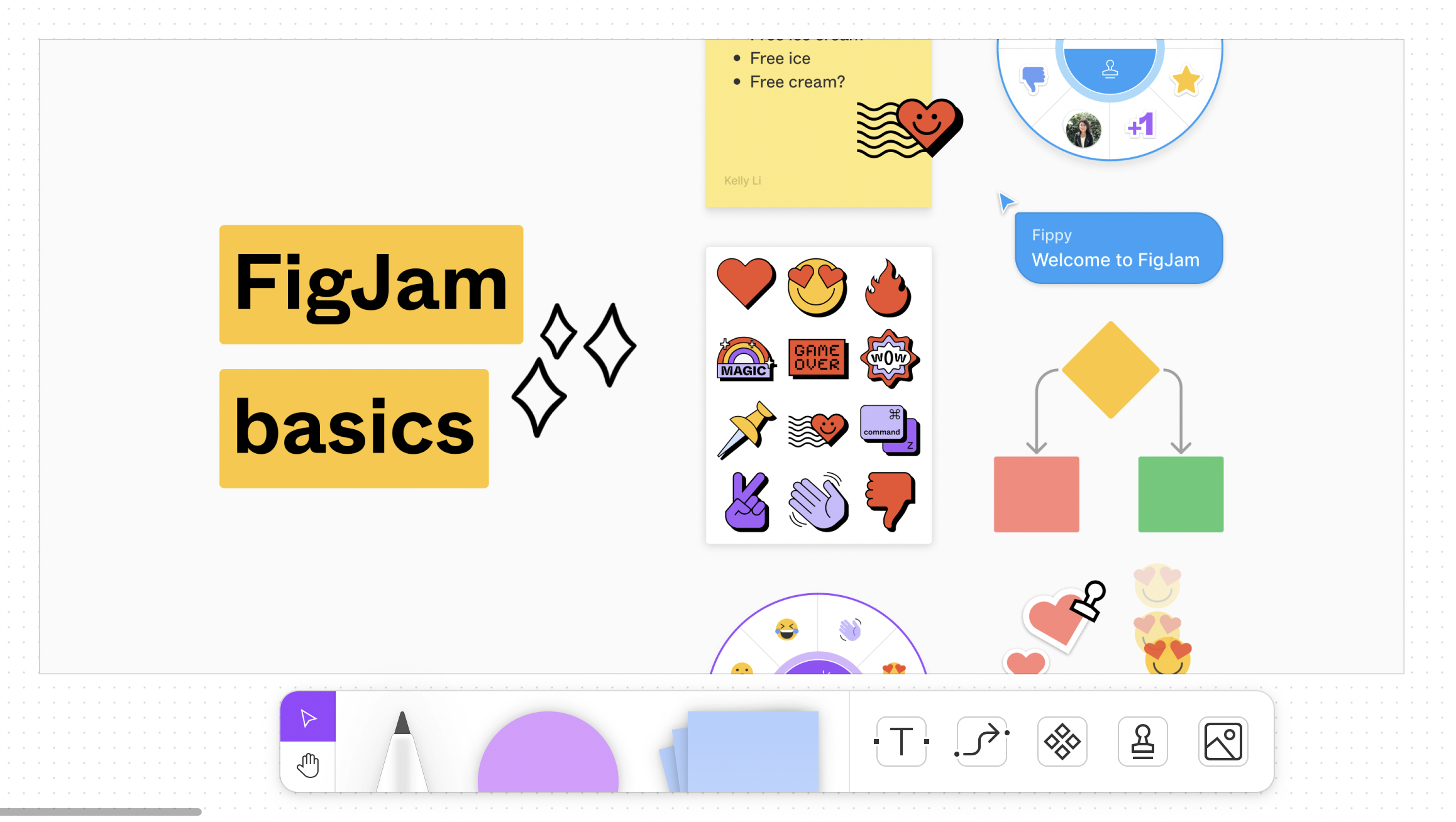 Using the Switch(true) Pattern in JavaScript Once in a while I'm reminded that this cool trick exist: flip switch on its head and uses it instead of if … else statements:

Content-aware image resizing in JavaScript When you need to resize an image to different proportions, you can either crop the edges, or drop content from the middle. js-image-carver uses the Seam Carving algorithm to remove reundant content, and the article explains how it works in practice. 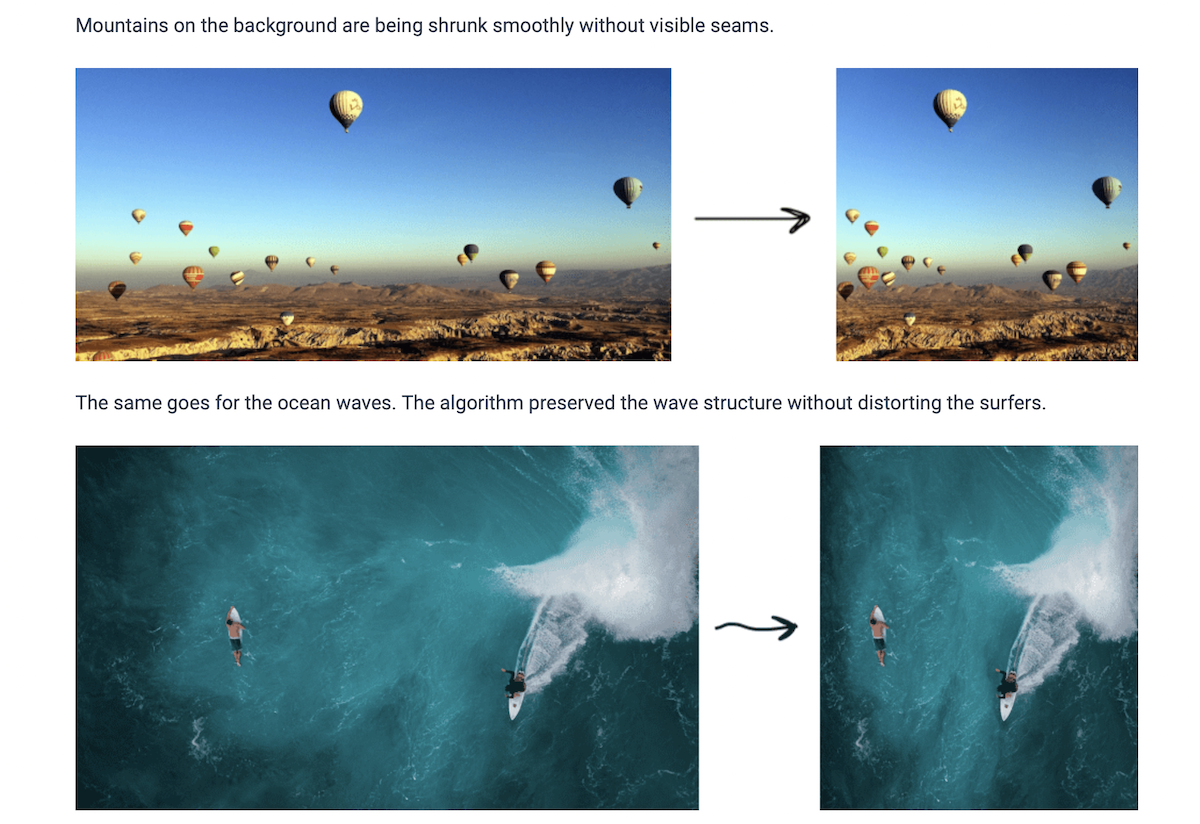 How I set up my Mac I installed these two modules and love them:

I cannot help but think of the time I explained the terms "yak shaving" and "technical debt" to a friend in a non-software field, and she said, "But isn't that just work?"

Cerebras Unveils Wafer Scale Engine Two (WSE2): 2.6 Trillion Transistors, 100% Yield The opposite of miniaturizing, the WSE2 is a massive 71 in² chip with 850,000 cores, 2.6 trillion transistors, and 40GB of SRAM. Costs more than a nice house in Palo Alto. 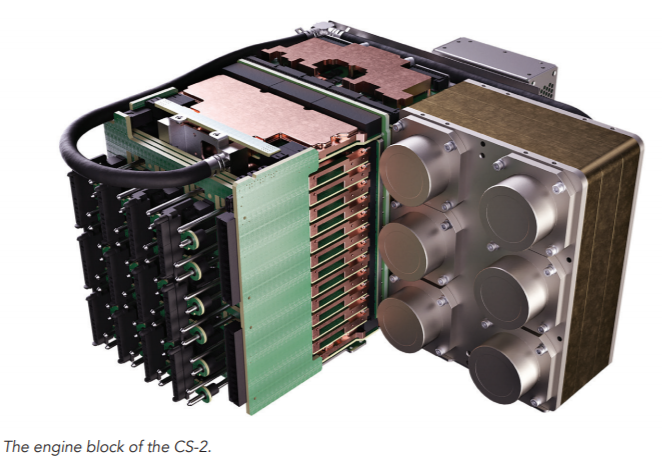 What’s the origin of the phrase “Big Data Doesn’t Fit In Excel”? 😆

Jean Yang “Software engineers: would you leave your job because you didn't like the tech stack?”

Nadeem Bitar The consequence of monorepo is that every technical cost bears on all projects. Could explain why Google discontinuous products as often as they change underware.

Ryan Petrello “Proud to see that code I wrote for parsing timezones in Python was such a travesty that @NASA decided to take it and bury it on another planet.”

Lea Verou Can we say forever goodbye to .ico files?

Now that all modern browsers support SVG favicons, here's how to turn any emoji into a favicon.svg:

Useful for quick apps when you can't be bothered to design a favicon!”

Research Proves Your Brain Needs Breaks Microsoft is reminding you that back-to-back Zoom meetings are bad for you. Take breaks between meetings, let your brain recharge. Microsoft also reminds you that Teams has this feature, where it can schedule all meetings to start 5 minutes late. I prefer to start the meetings on the hour, but schedule for 25/45 minutes. 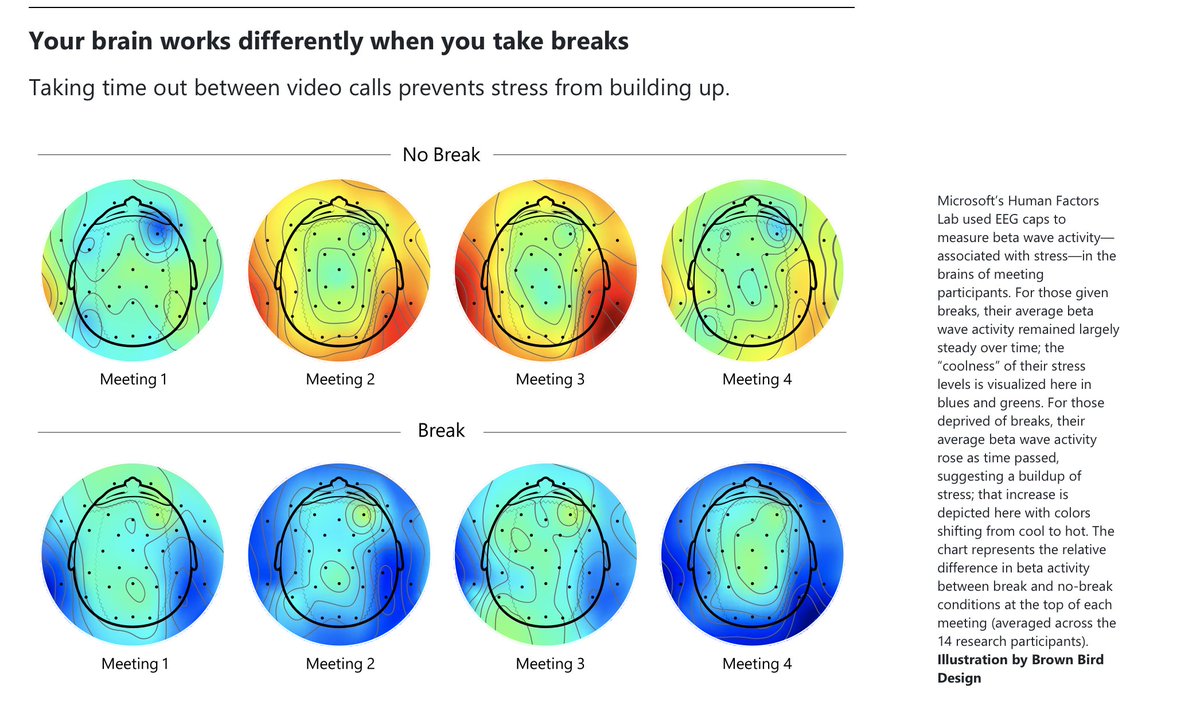 Andrew Gazdecki Or you could …

Most startups would probably grow faster if they just held 80% less meetings.

If I’m a person using this feature, is it making my work life simpler? Is that ultimately changing how I work for the better? This is what our users love about Slack, and it’s how we’ve differentiated ourselves. It’s seen not just in our product, but in all aspects of our brand.

Product principles exist to inform execution rather than roadmapping, strategic thinking or planning. They’re best thought of as a checklist to help anticipate feedback to features you’re presenting in review.

tokizabeth “I don’t get paid enough for this shit”

Casey Newton This week Facebook announced social audio, Reddit is adding audio to its forums, and Twitter Spaces is also a thing that exists. While everyone is rushing into this space, looks like Clubhouse hit the peak of early adoption:

"So far in April, Clubhouse has seen approximately 643,000 installs globally. This is down 68% month-over-month from the same period in March, when the app saw about 2 million installs from March 1 to March 18."

Apple's M1 Positioning Mocks the Entire x86 Business Model Apple is trolling Intel and AMD by putting the same chip in both iPad and iMac:

All of this talk of capital gains tax hikes reminds me that if you’re a Roblox developer, you take home about 19% of revenue you generate after taxes.

If people still keep building on their platform despite that, I’m sure we can survive a cap gains tax hike.

Exploiting vulnerabilities in Cellebrite UFED and Physical Analyzer from an app’s perspective Most entertaining blog post I read this week. Cellebrite sells devices that extract data files from mobile phones (Android and iOS). Signal developer discovers that Cellebrite is full of security holes, and if Cellebrite happens to read the wrong file, bad things happen. Well …

In completely unrelated news, upcoming versions of Signal will be periodically fetching files to place in app storage. These files are never used for anything inside Signal and never interact with Signal software or data, but they look nice, and aesthetics are important in software. Files will only be returned for accounts that have been active installs for some time already, and only probabilistically in low percentages based on phone number sharding. We have a few different versions of files that we think are aesthetically pleasing, and will iterate through those slowly over time. There is no other significance to these files.

Sell franchisees a complicated and fragile machine. Prevent them from figuring out why it constantly breaks. Take a cut of the distributors’ profit from the repairs. “It’s a huge money maker to have a customer that’s purposefully, intentionally blind and unable to make very fundamental changes to their own equipment,”

isyourguy 👇 Some background info about BitClout:

it is completely busted at its core, by design, because all of these projects are designed to make money. they're all gunning for vc, investors, govt funding, grants, or worse... to nickel and dime regular folks by selling them a get rich quick scheme.

Jack Lynch “Famous topics in art history: Hercules attempting to give his cat a pill” 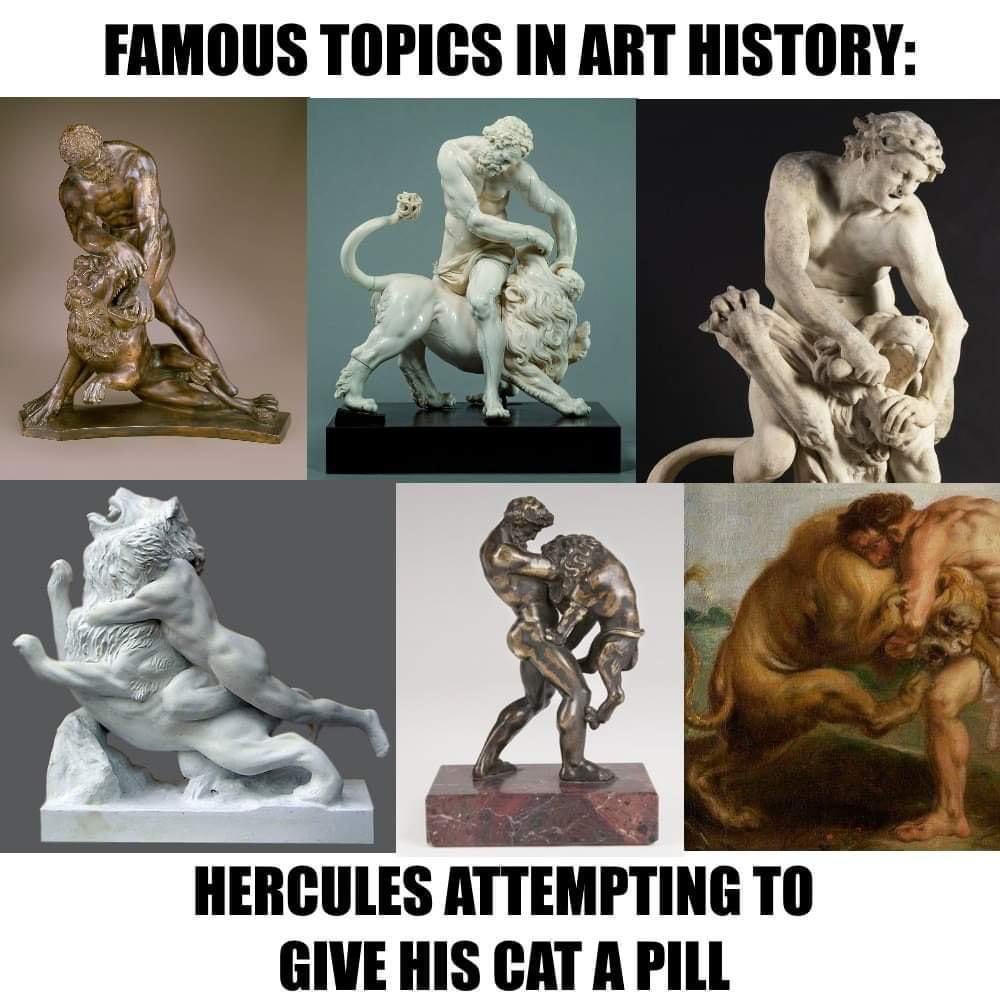 Count Dracula was 412 when he moved to England in search of new blood.

Cthulhu had seen galaxies flare into life and fade to darkness before he put madness in the minds of men.

Étienne FD If this doesn’t get an Ig Nobel … “A Field Study of Pokémon Biodiversity Outside and Inside Mt. Moon, Northern Kanto Region” 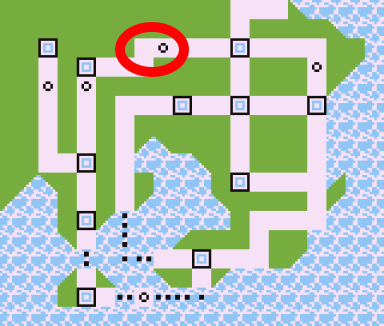 Millennials: What was the most middle aged thing you caught youself saying recently? 😭

“No, I’m okay. It just takes my back a little while to loosen up in the morning.”

In a conversation with a friend "I managed to find a really good knife block recently..."

Scrolling through my Spotify and constantly asking who the hell are these people?

Turning an iPad Pro into the Ultimate Classic Macintosh 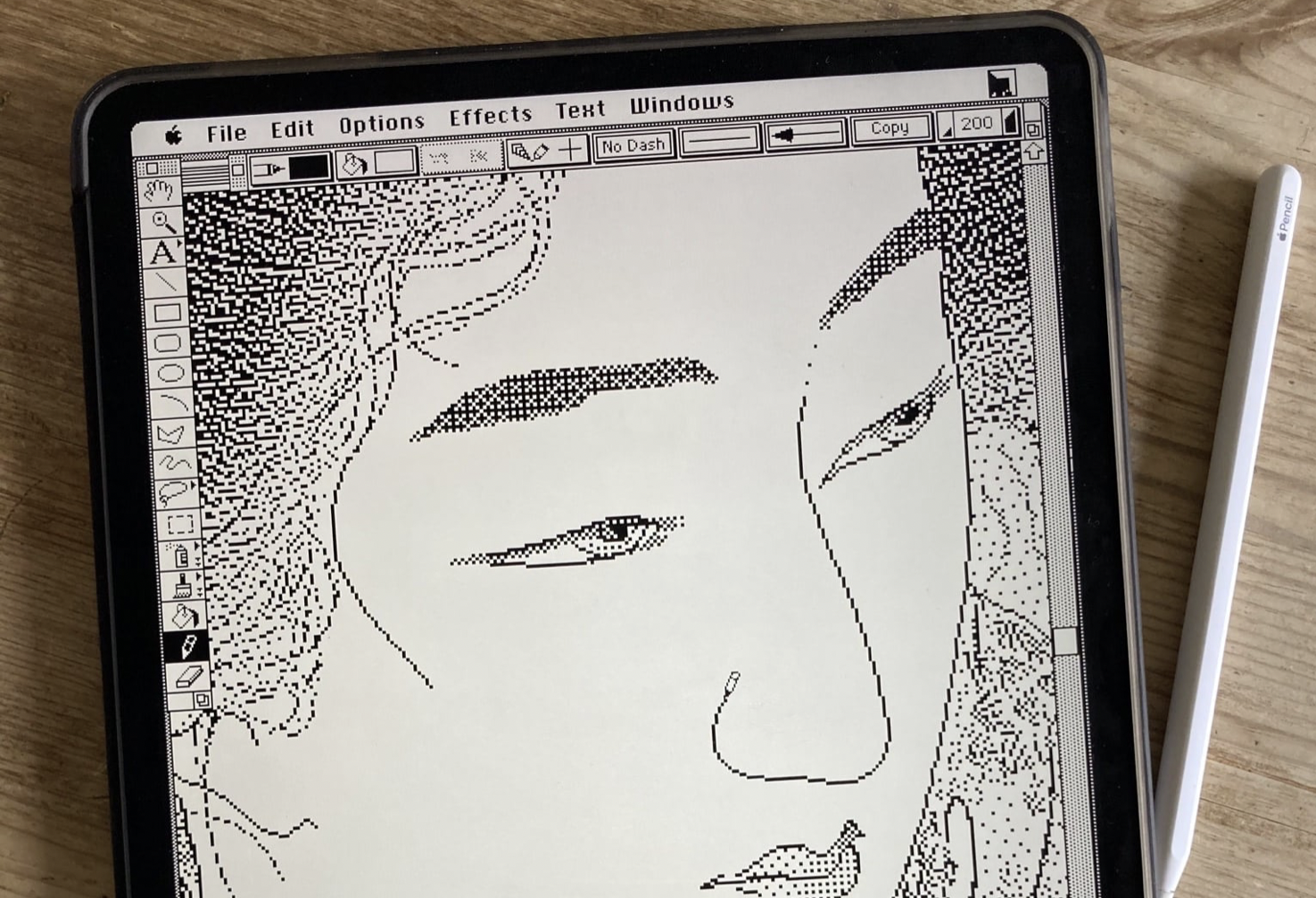 Trapped on Technology’s Trailing Edge The challenges of dealing with obsolete technologies (and we’re not talking about last year's iPhone):

Electronics obsolescence—also known as DMSMS, for diminishing manufacturing sources and material shortages—is a huge problem for designers who build systems that must last longer than the next cycle of technology. For instance, by the time the U.S. Navy began installing a new sonar system in surface ships in 2002, more than 70 percent of the system’s electronic parts were no longer being made. 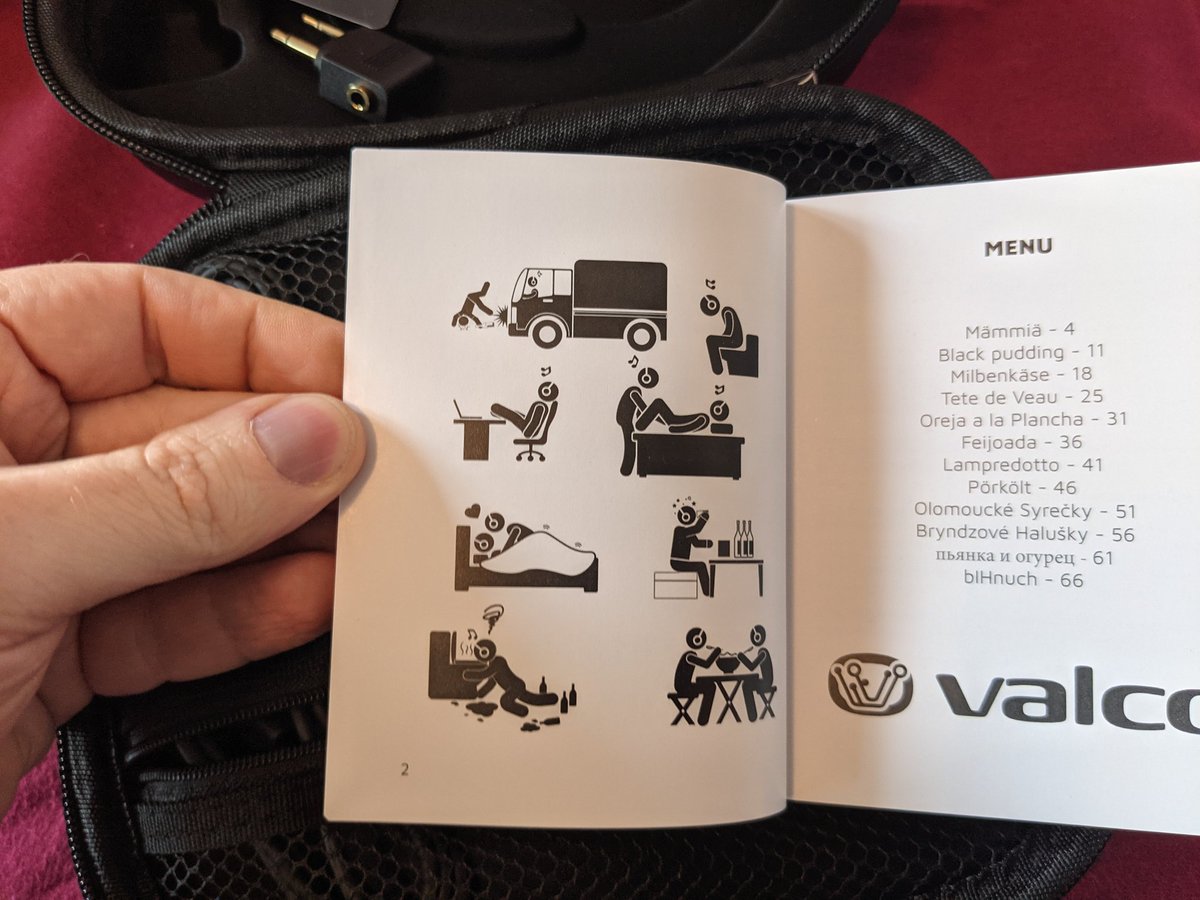 Feeling Blah During the Pandemic? It's Called Languishing This was a problem before but made much worse by the pandemic:

Languishing is the neglected middle child of mental health. It’s the void between depression and flourishing — the absence of well-being. You don’t have symptoms of mental illness, but you’re not the picture of mental health either. You’re not functioning at full capacity. Languishing dulls your motivation, disrupts your ability to focus, and triples the odds that you’ll cut back on work. It appears to be more common than major depression — and in some ways it may be a bigger risk factor for mental illness.

The Flu Vanished During Covid. What Will Its Return Look Like? What if we normalized mask wearing at the first sign of symptoms (flu, cold, whatever)?

Scientists do not yet know which public health measures were most effective in eradicating the flu this season, but if behaviors like mask-wearing and frequent hand-washing continue after the coronavirus pandemic is over, they could help to keep influenza at bay in the United States. 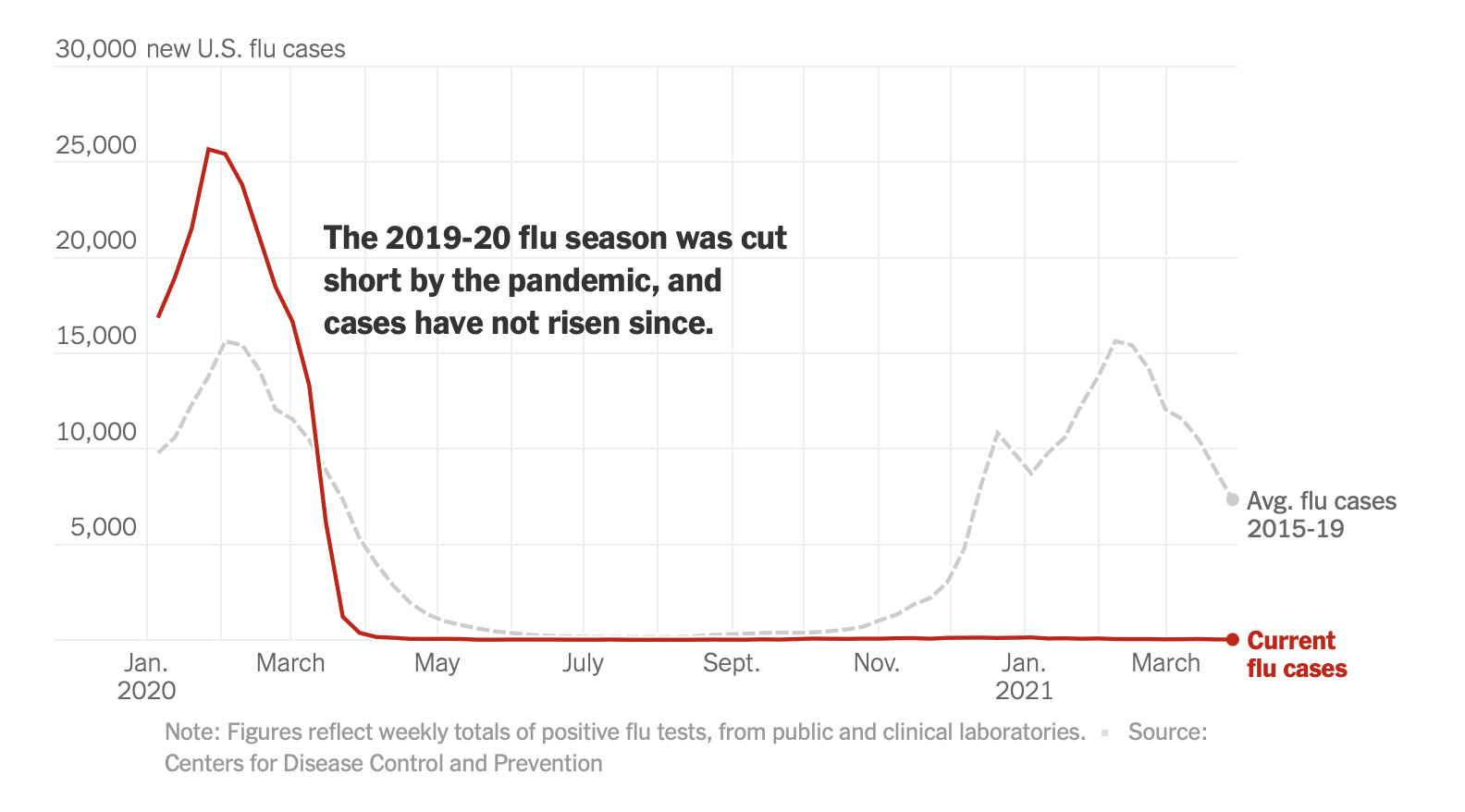 This is one of the world's smallest houses - assembled inside a scanning electron microscope’s vacuum chamber, the house is just 20 micrometers long. It was built to test whether a robot could achieve nanometer accuracy in building 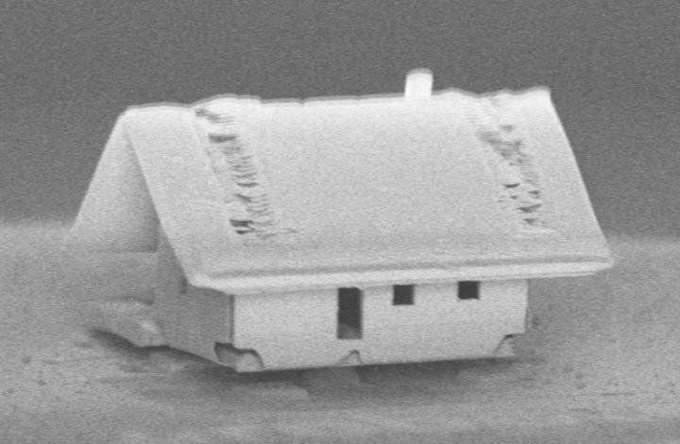