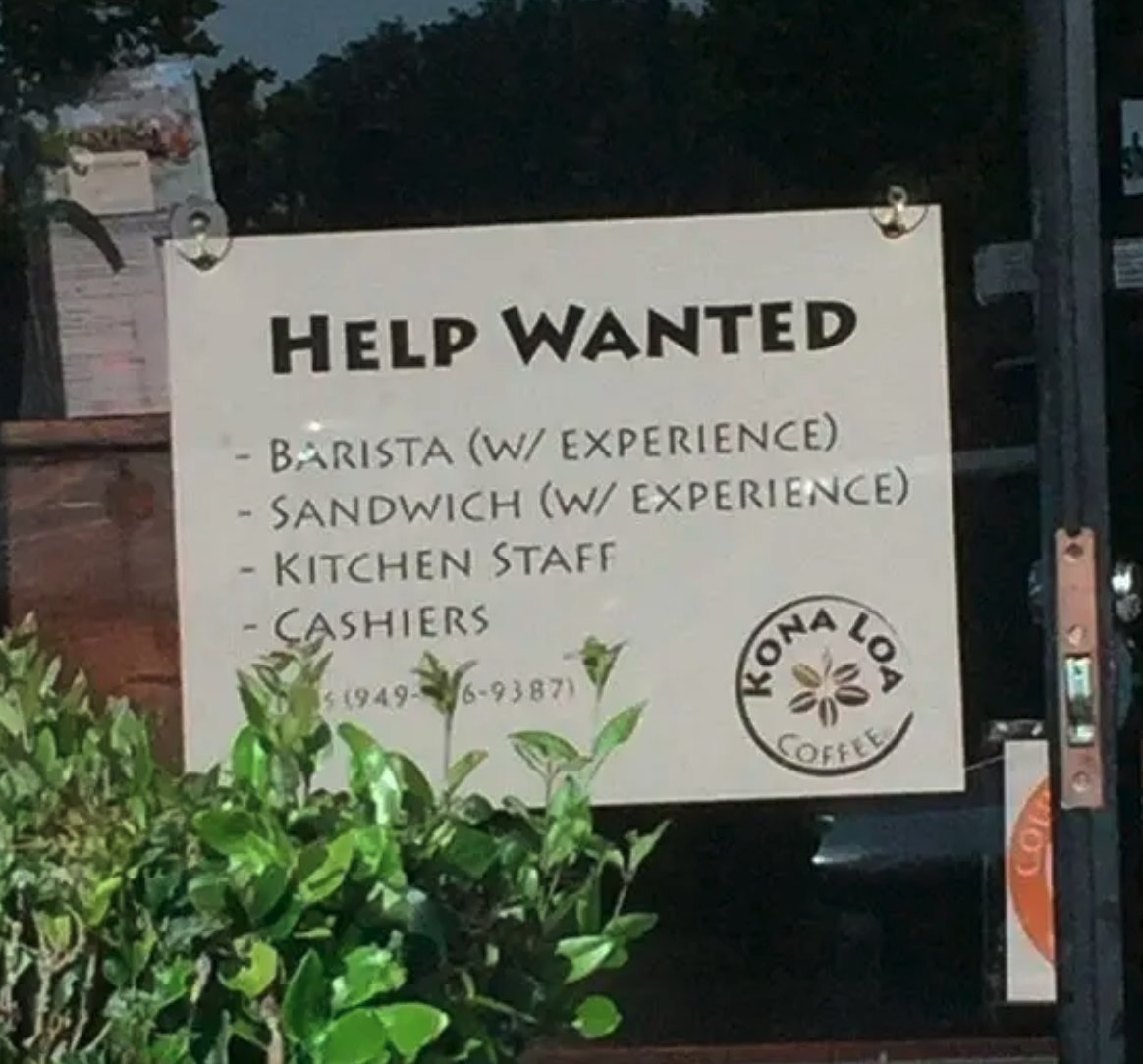 Lil Bit “interviewer: and how many years of experience do you have being a sandwich?”

The west is still using QRCodes totally wrong. A QRCode on a restaurant table that opens the menu is not really what we want. A QRCode can be unique to the table and allow food ordering directly to it. Should carry state and context.

apps should be way more arty n weird. human existence is weird as shit and I feel like design should reflect that. i'm not a tidy little robot why are so many things designed like I am. tech will really be impressive when it accounts for the fluidity of human existence.

Svix · Webhooks as a Service When you’re building an API/platform and need to support webhooks and don’t want to build it yourself. Svix manages clients and endpoints for you, will send — and retry — events, with a dashboard for troubleshooting. Also comes with client libraries for verifying webhooks.

Clerk Another time saver, this one around user authentication. Clerk is user authentication as a service, along with React UI components for sign-in/sign-up, user settings, etc. Supports passwords and passwordless, 2FA, social connect, multiple account logins, etc. Rough around the edges. 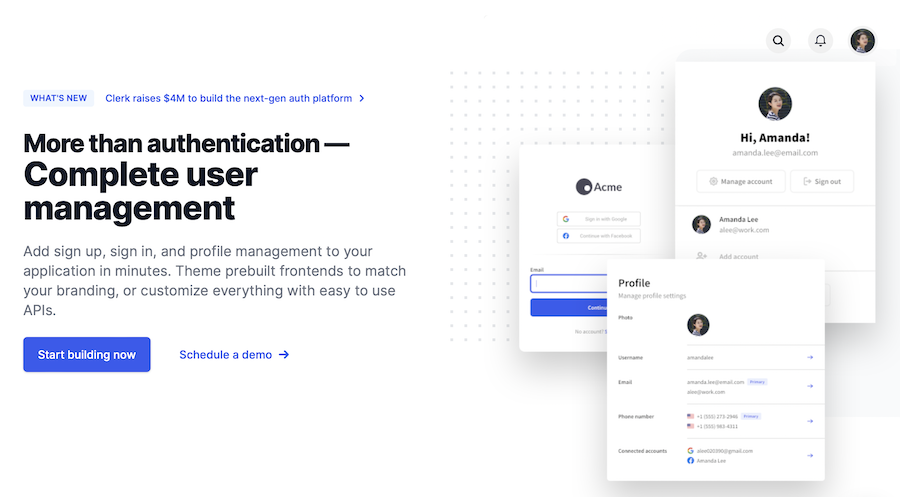 Napkin – Backend in the Browser Code sandbox except the code runs on the server, perfect for quickly building an API endpoint. 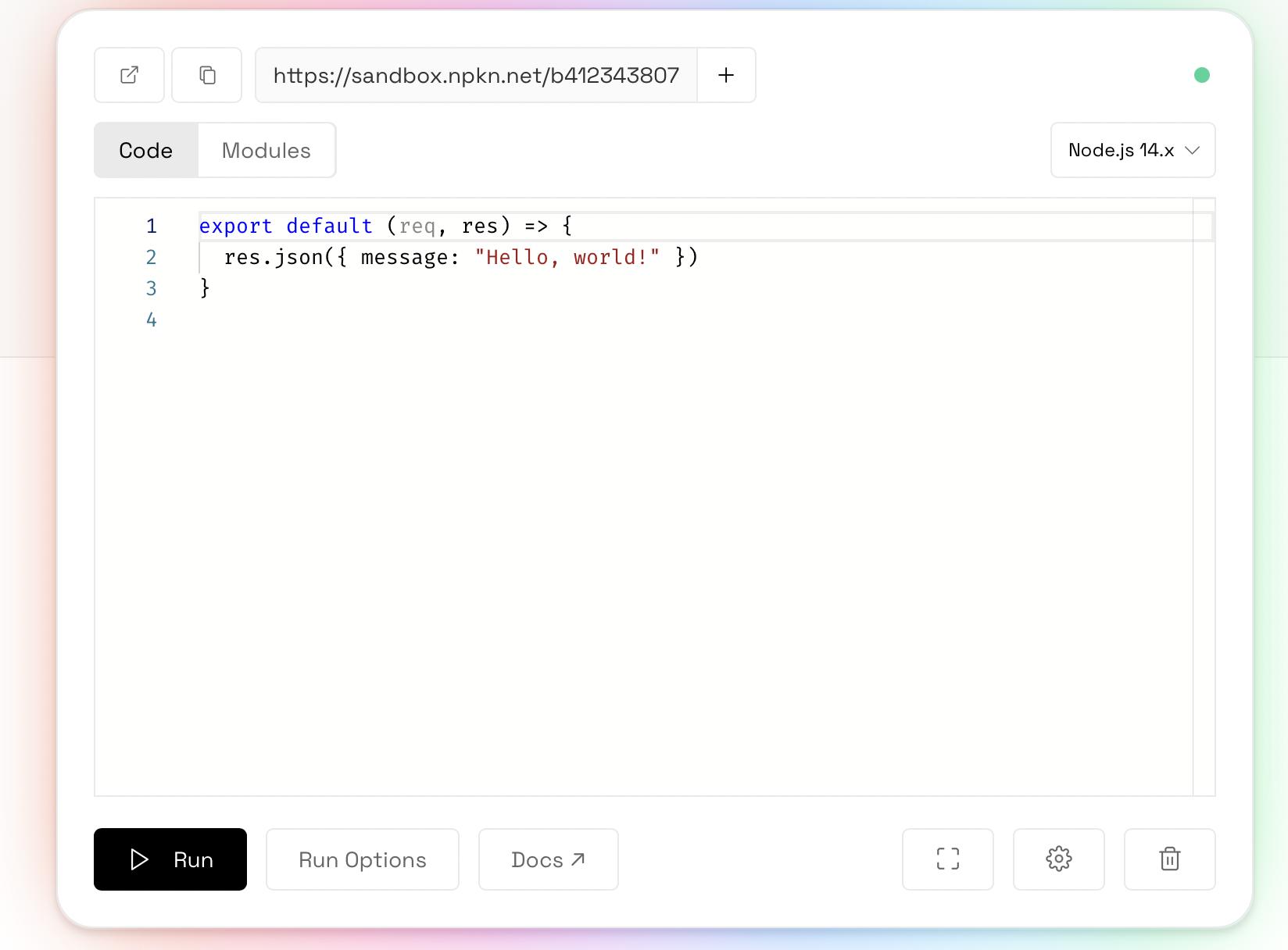 Adam Jacob 👇 Interesting thread about why people have opposing views on GitHub Copilot — a generational divide in how we view code ownership:

Those of us who remember when open source was the novel underdog, allowing us to learn, grow, and build things our proprietary peers could not - we tend to see the relationship to corp $ in OSS as a net benefit, pretty much always.

That's because we remember when it wasn't so, and it took a lot of work to make it legit. But if you started your career with that as the ground truth, you're much more likely to see the problematic aspects of it; that your open code can be used by folks in ways you dislike.

There's "technical debt", and then there are decisions you make the morning of the release date that can only be described as 9000% APR technical payday loans

Scott Hanselman “Turns out that #Loki is a season-long Git tutorial about the dangers of a merge conflict and orphaned branches.”

Case Study: From The Front Lines How do you give big picture visibility to 12+ individual teams (100+ devs, UX, PMs, Agile Coaches, etc.) without stepping on people’s time, or instituting stuffy process?

One of my many measures of humans on the team: do they add or remove entropy from the team?

Iceland ran a 4-day workweek trial from 2015-2019 with 2,500 workers who worked less hours for the same pay. Productivity stayed the same or improved in a majority of workplaces. Workers reported feeling less stressed and at risk of burnout. https://www.bbc.com/news/business-57724779

Looking at job postings every day, you start to appreciate the importance of great job descriptions. Like any other type of marketing, you need to capture and keep (the best) people's attention. 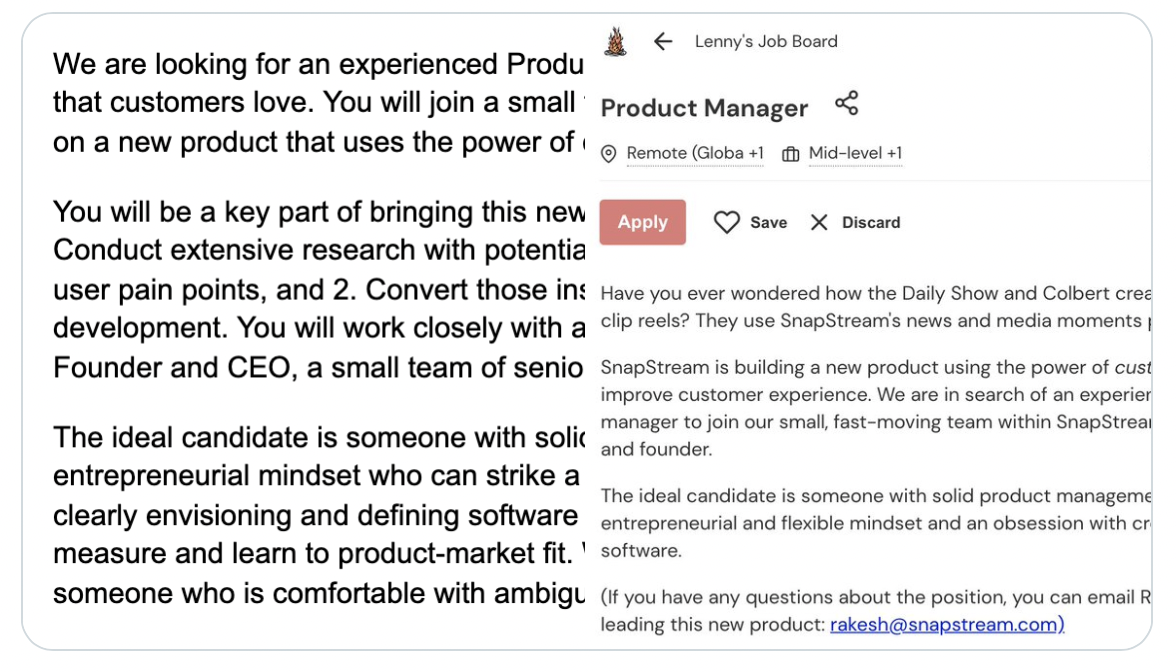 How do dollar stores make money? Every product costs $1, you’d think it would be difficult to make a profit, but dollar stores turn that constraint into an asset:

For every $1 in sales, Dollar General and Dollar Tree earn an average gross profit of ~$0.30. That's higher than rivals like Target ($0.28) and Walmart ($0.24).
…
That $1 Old Spice deodorant might seem like a good deal. But at 0.8 oz., it's less than one-third the size of the standard 3 oz. stick and on a per unit basis, it's significantly more expensive than the larger-sized offerings at other retailers.
…
Dollar stores count on customers either not being able to afford buying larger sizes elsewhere, or simply not doing the math. 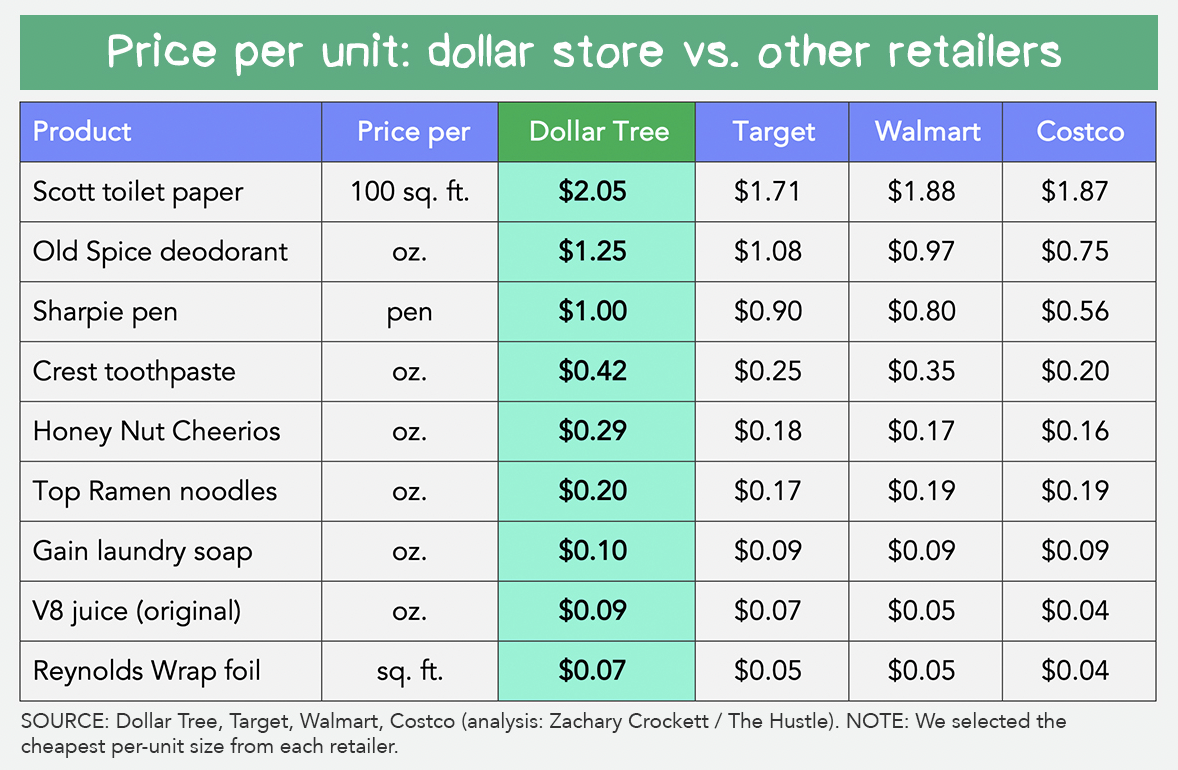 As I said to a journo who asked yesterday, the era of "move fast and break things" is now over. Everyone involved in internet space - listed abroad, listed in China, unlisted now has homework to adapt to the new control reality. "Compliance" as this thread puts it.

Natalie Armendariz “My biggest life achievement is designing and constructing this cardboard bulldozer for our son's 3rd birthday party this weekend.” 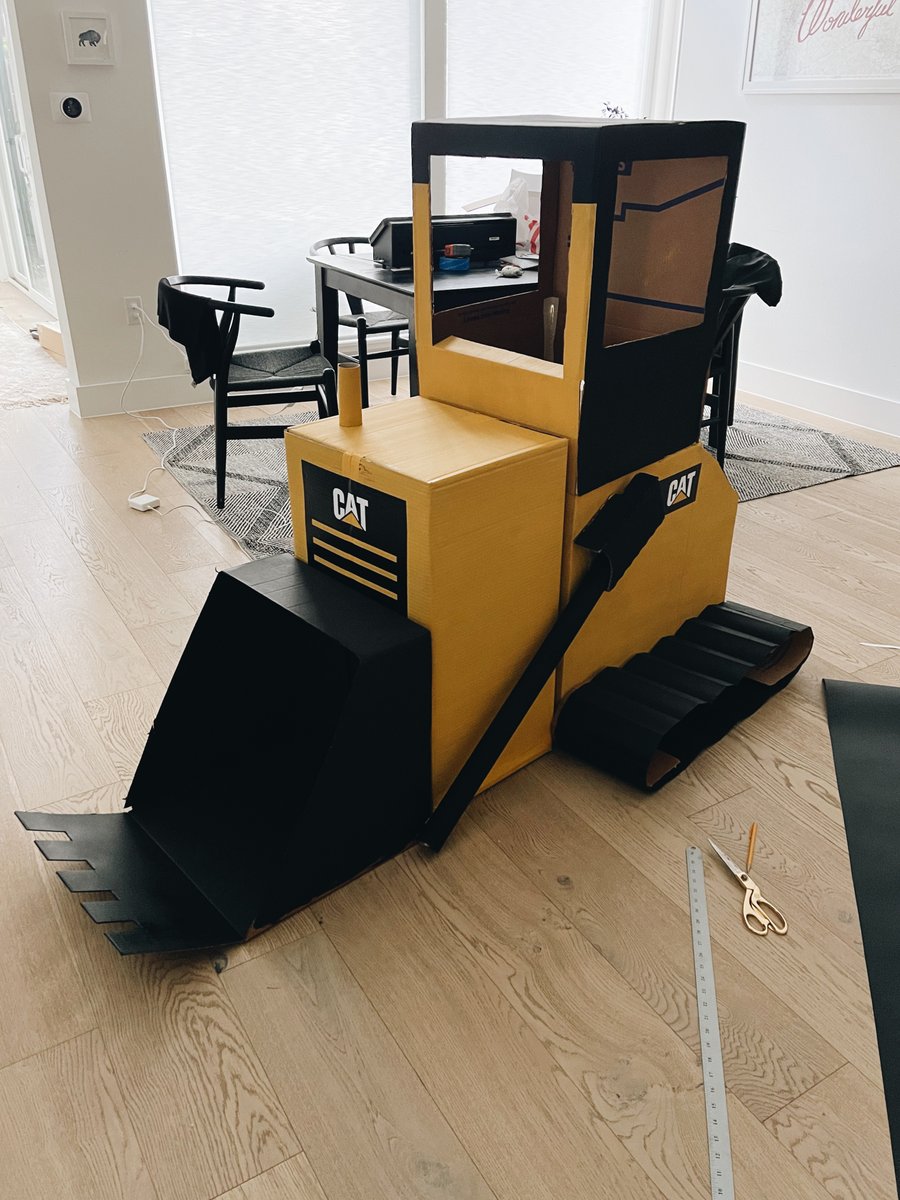 Disputing a math proof is easy. The second they open with something like "Let V be a vector space over a field F," you can just say no. UTTERLY devastating. It's a math hack they don't want people to know about

gotta respect the longevity of microsoft word. nothing about it works and it's still the standard. want to move an image? go to hell. edit a pdf? edit your expectations. ignore a spelling mistake? how about suck my dick. that'll be 150$ 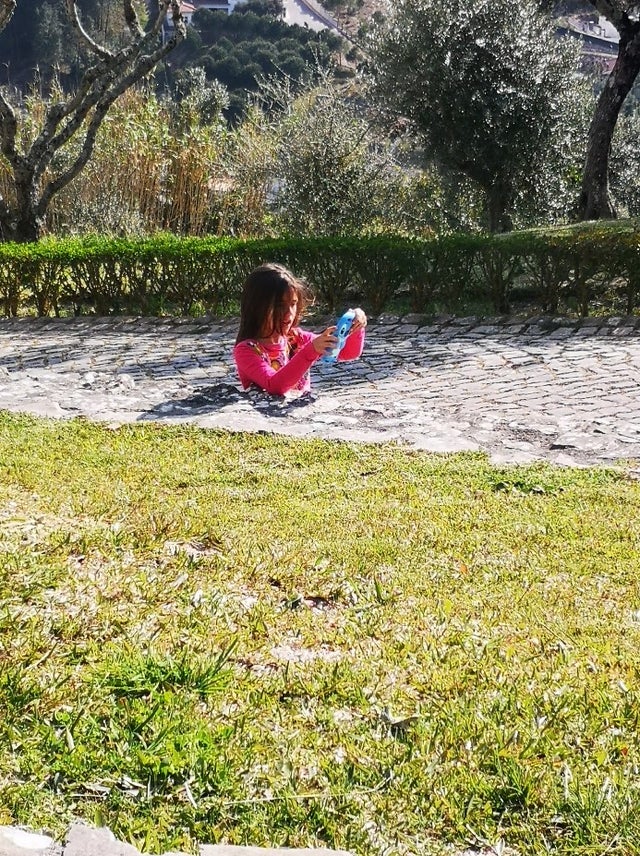 Newsletters were supposed to be the Wild West. Enter Sheriff Google. What it’s like to be a writer living in the shadows of the GMail Promotions folder algorithm:

Newsletter writers talk about Gmail and its whims “the way that Greeks used to talk about Greek gods,” said one writer, who publishes a newsletter through Substack competitor MailChimp. Like some ancient, unknowable deity, Gmail “has this influence over our lives, but we don’t know ... how they’re making decisions and how it will affect us from one day to another. We just know that it’s always changing, and sometimes it’s good news and sometimes it’s bad news.”

Since it's Disability Pride Month, I'd love to address something I see many issues with out in the wild:

There are appropriate and inappropriate ways to interact with someone who is in a wheelchair. Knowing them benefits all involved.

Postdates Get your stuff back after a break up

Yes, it actually works. We designed Postdates to get your stuff back from (or send stuff back to) your ex...or just someone who you're no longer in direct contact with. Remember that hoodie you let them borrow? Now, you can get it back. Divorced? Ghosted? Friendzoned? We've got you. For a limited time only. 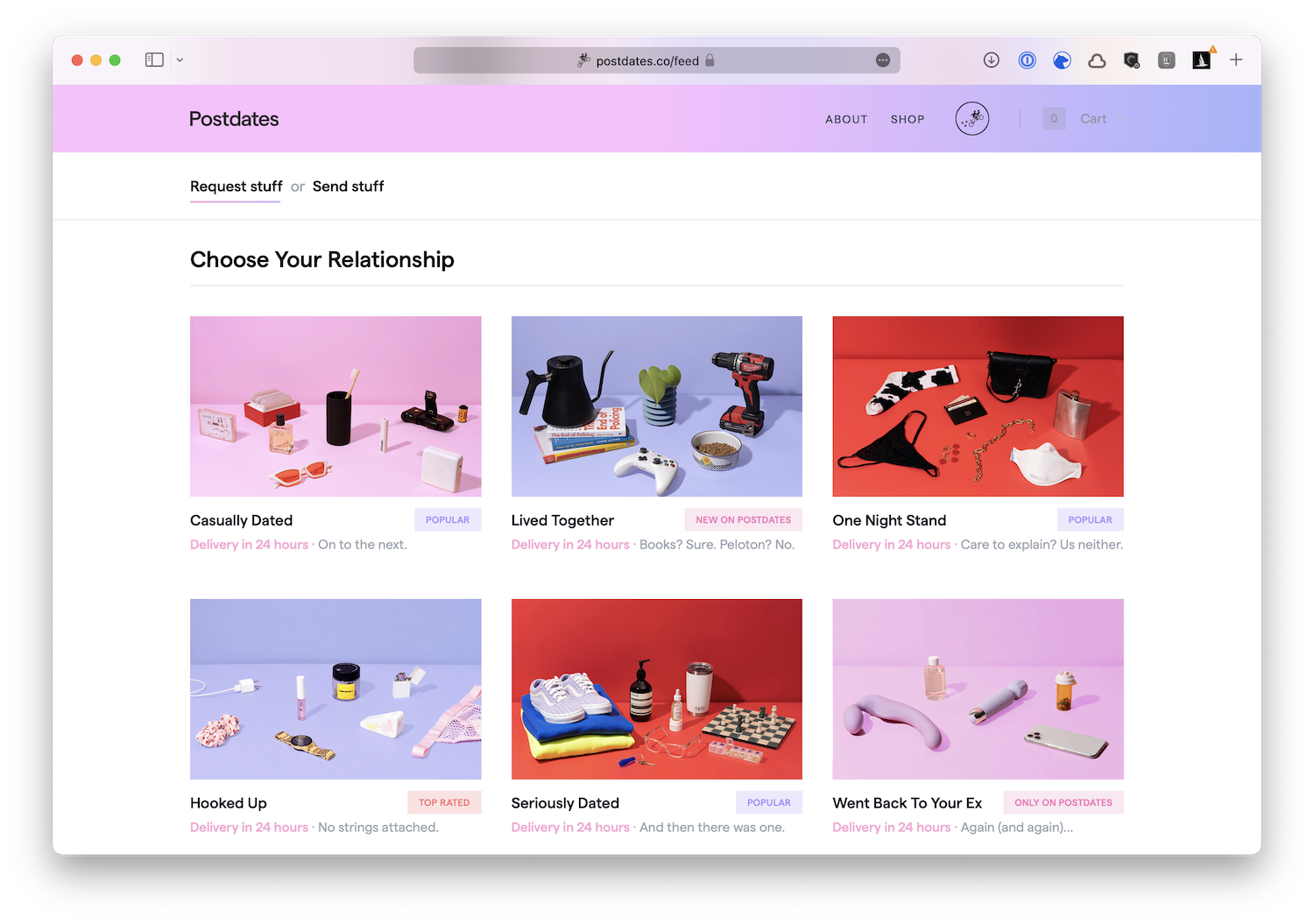