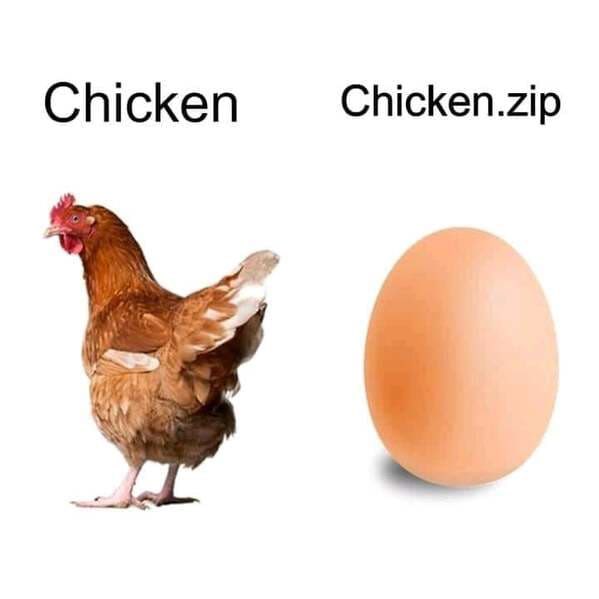 🧑‍💻 So I got an M1, and damn is it fast! I'm upgrading from a 2016 MacBook, and build that used to take four minutes and something now completes in a minute. So about 4x faster or double the performance every two years.

The screen is noticeably better, and I’m glad to not ever again touch the older generation soul-crushing butterfly keyboard. There are two USB ports on the left, and my desk has a power outlet on the right, so that’s fun. Apple, was that necessary?

Oral History of Alan Cooper This interview with Alan Cooper is the best thing I read all week. So many truth bombs:

Okay, in the Silicon Valley culture, coders have two votes and people who don’t code have one vote. Okay. So if you sit in a room and say, “As a designer, I have studied. I have researched. I know this is what I think we should do,” all the programmers are sitting there going, “Yeah, until you have facts and we just have to go with opinions, we’ll go with mine.”

It’s a psychological tool of incredible power because it’s really hard to go up against a programmer, because programmers are really smart and they’re lawyers. I mean, they argue cases in front of the central processing unit, who’s more nitpicky than any judge

After Minimalism I like minimalism, I have a different reaction to it, but I can see how for other people it feels like sensory deprivation:

A friend once told me that depression isn’t feeling negative things; it’s feeling nothing at all. If that’s true, we shouldn’t be surprised that minimalism is the aesthetic of our age of depression.

After minimalism, I imagine a world where creators can express their style as confidently as people express their personality in the company of loved ones. I imagine a world lit up by shapes and colors that glitter with rhythm and sing with significance. And I imagine an aesthetic that abolishes the homogeneity of contemporary design and injects the world with visions of a better tomorrow. 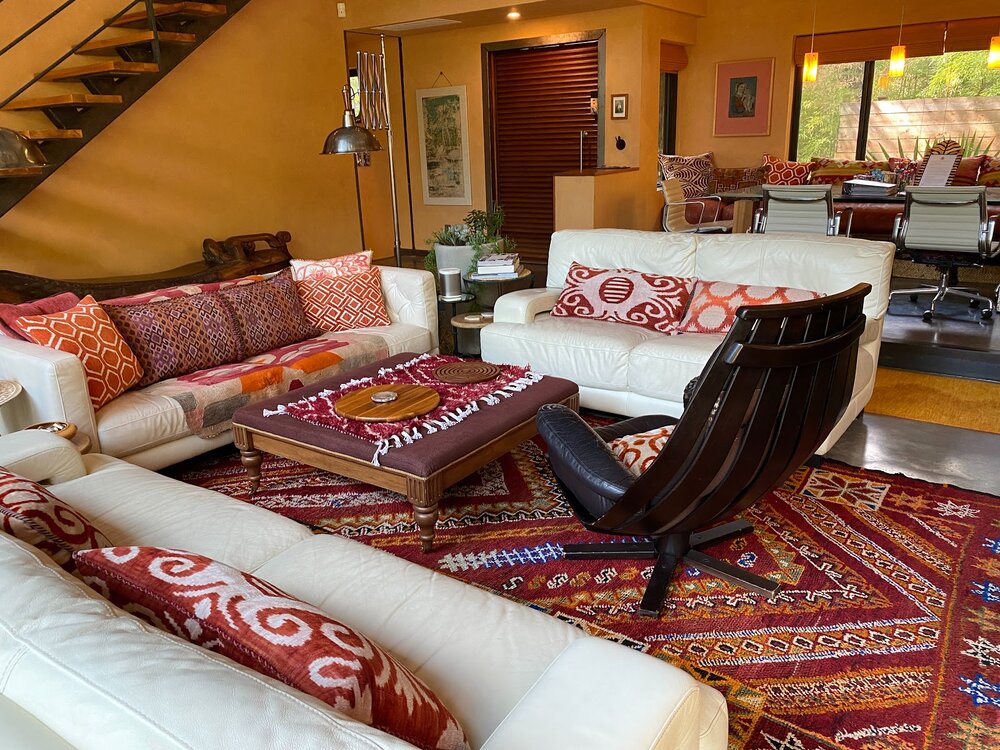 Citibank just got a $500 million lesson in the importance of UI design So here’s a story about the consequences of bad UX. Someone at Citibank issued a $7.8M payment on a loan, but the UI was confusing, and they ended up paying the full principal of $900M. Also turns out in NY, when you make a payment by accident, you can recall the money, except when paying creditors. So now Citibank is out of $500M, but I guess they own Revlon? 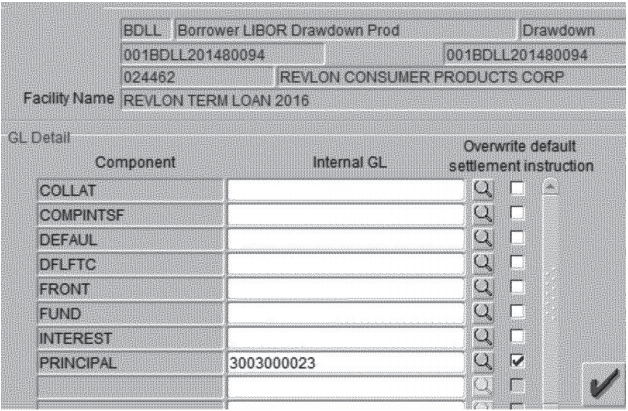 And of course there’s a lawsuit involved, and the court’s findings of fact are worth a read. If you ever wanted to see how lawyers conduct user research:

But “[t]he ‘stop sign’ did not indicate the amount that would be ‘sent out of the bank,’ or whether it constituted an amount equal to the intended interest payment, an amount equal to the outstanding principal on the loan, or a total of both.” Raj Aff. ¶ 21; see also PX294. Because Raj intended to release “the interim interest payment to [the] [L]enders,” he therefore clicked “YES.”

Design is spending 80% of the time finding a font

Mitchell Wakefield “why does every website landing page look like this now?” I’m disappointed to find out they didn't call it Tech Deco. Or SaasSism, or something else cool. This art style is called Corporate Memphis, which sounds like the name of a font for billboards ads. 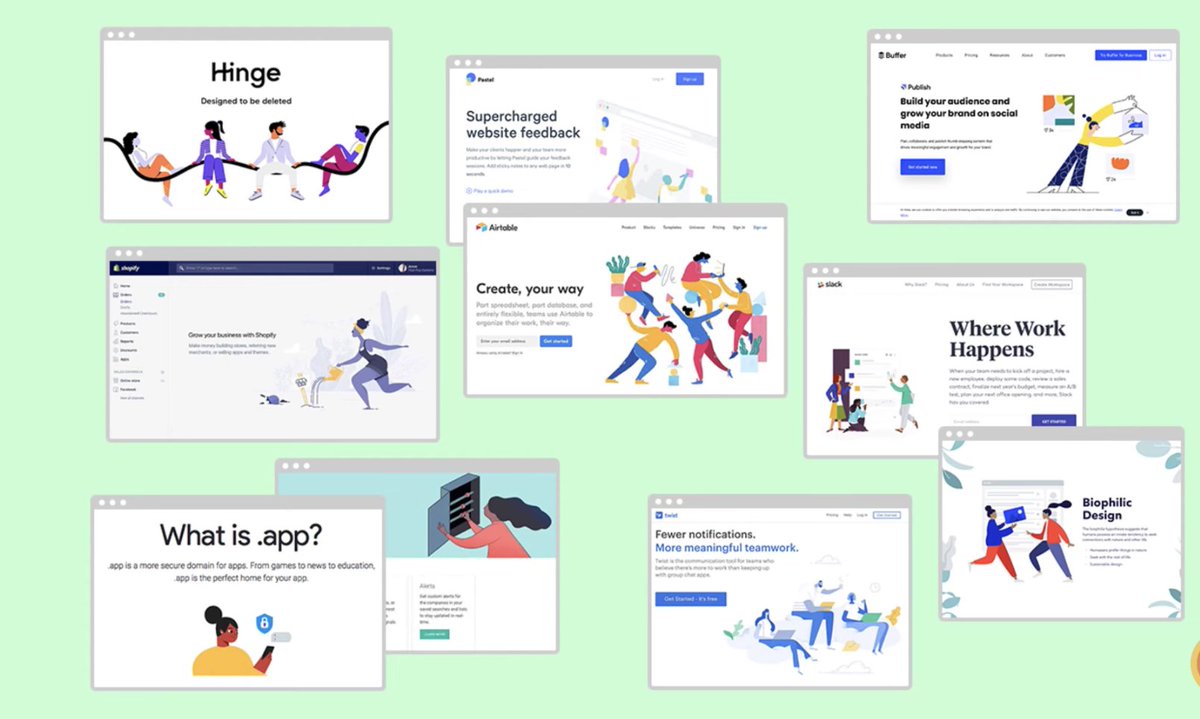 Checkly Checkly can run end-to-end tests and monitor live apps. It's designed for developers: delightful UI, but when writing checks you drop to JavaScript (Puppeteer + Chai). And you can manage everything with the extensive API.

There’s no screenshot comparison, so not the tool I’d use for regression testing. I'm going to move all my uptime monitoring to Checkly. It can run HTTP and Browser checks, multiple data centers, all the usual alert channels, even comes with a status page. So it checks all the boxes, and did I mention the UI is delightful?

Also love this little snippet: “The sophistication of GetReplied lies in its simplicity - we do one thing, and we do it really well.”

Use emoji and symbols on Mac Big Sur feature. Go to System Preferences -> Keyboard and check out this option. You can activate the emoji keyboard by pressing the Fn (now 🌐) button. 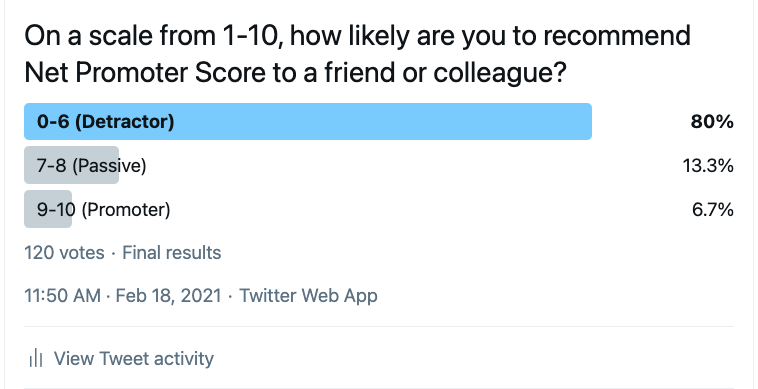 Yes, making a 3D engine using canvas2d is stupid. But in 10 years you'll watch a simulation in realtime of @NASA landing a rover in Mars that uses that stupid code. 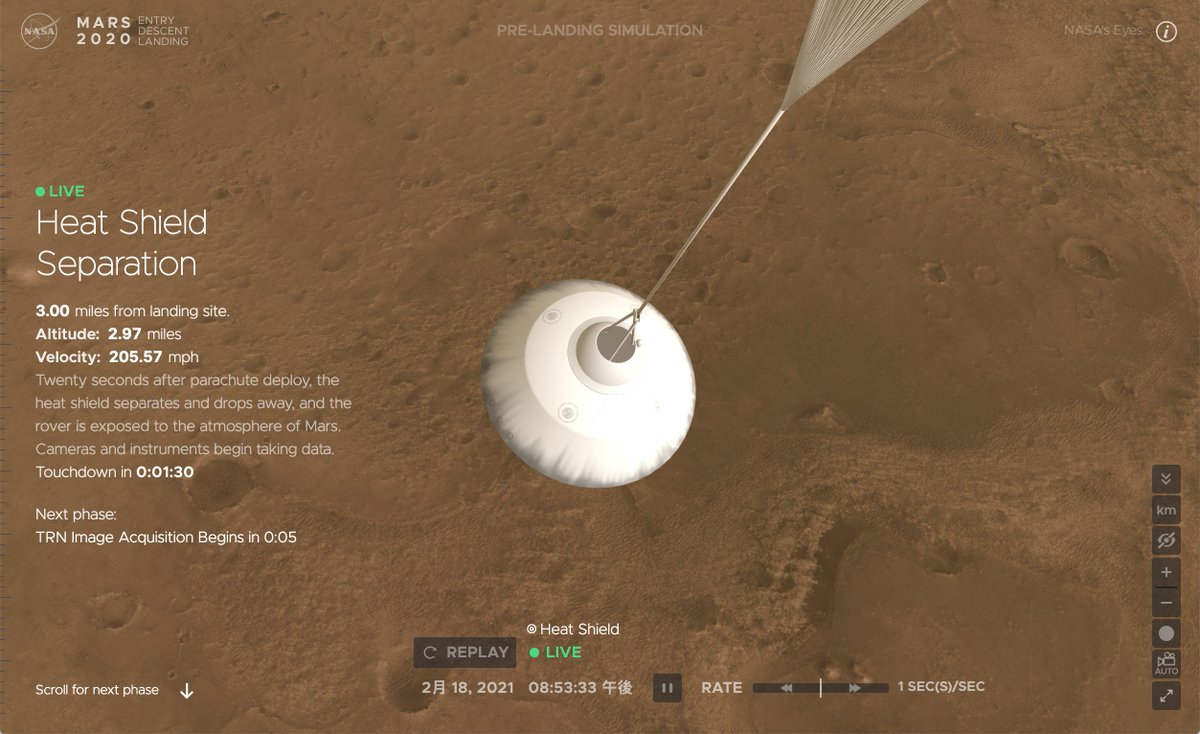 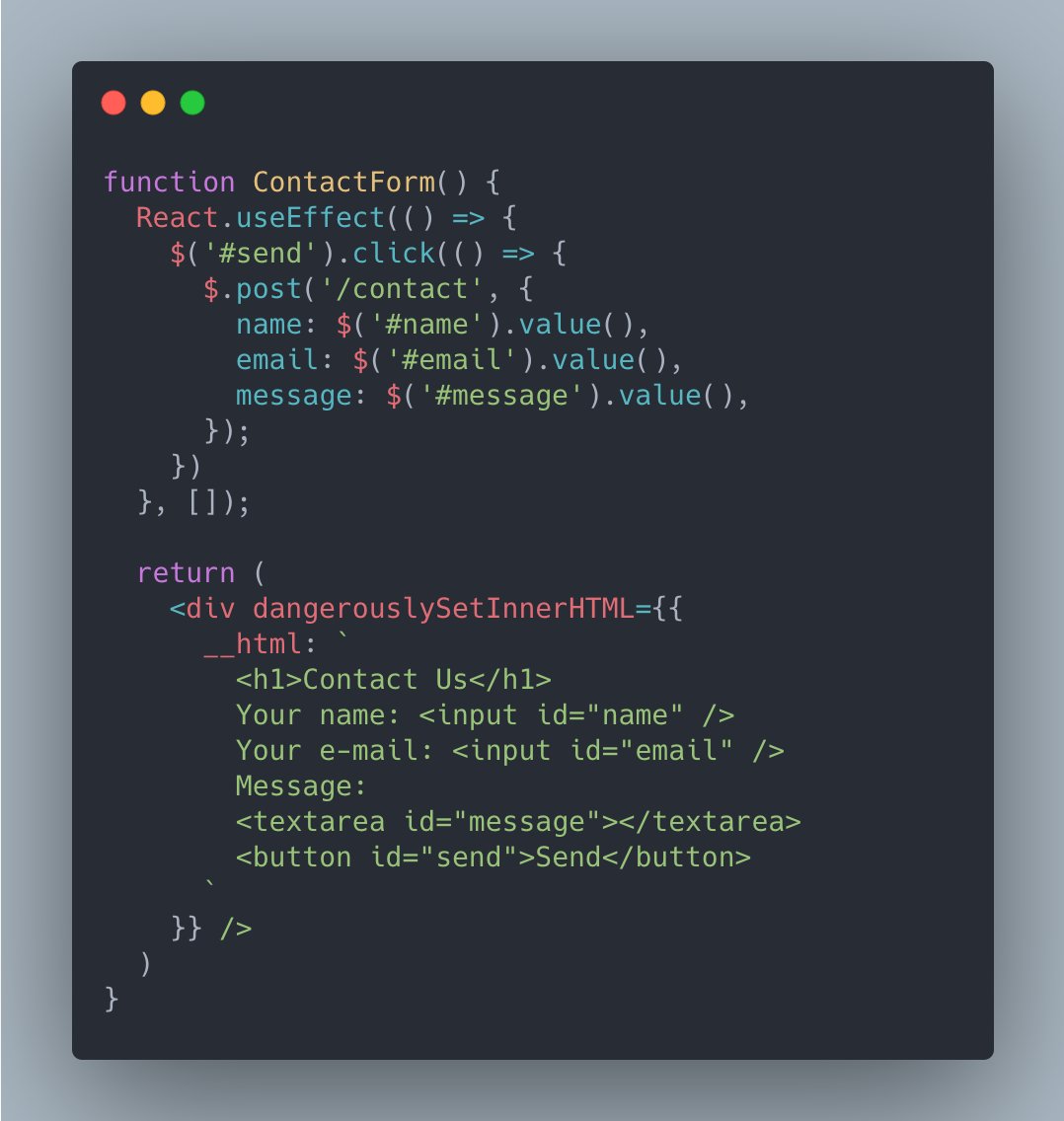 eliseo papa How it started vs how it's going: 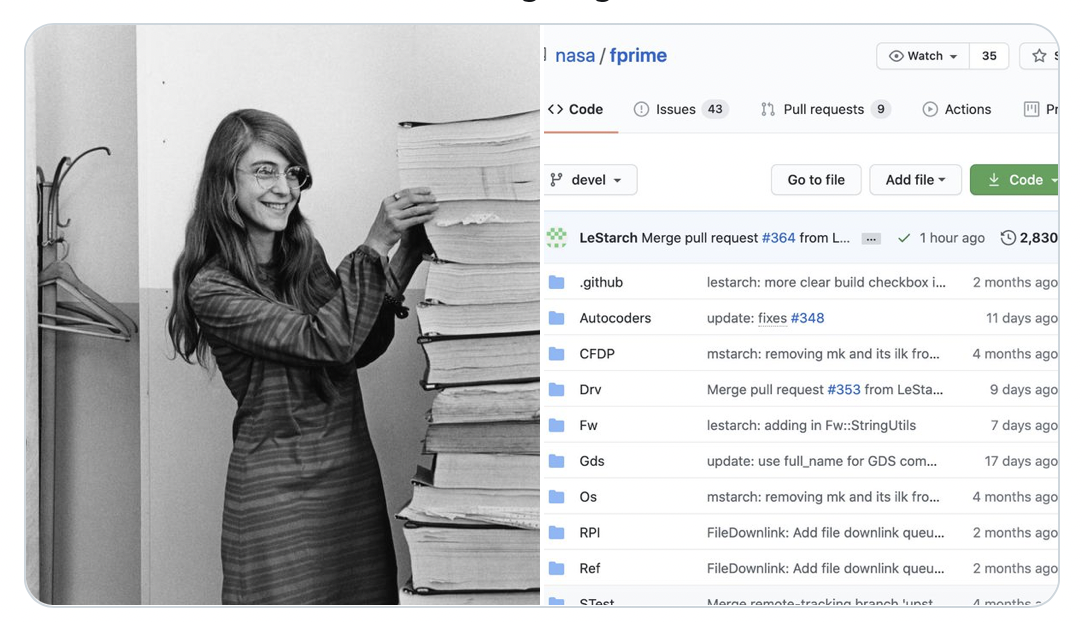 The NASA Mars drone flight software is open source and even comes with example app you can run on a Raspberry PI! 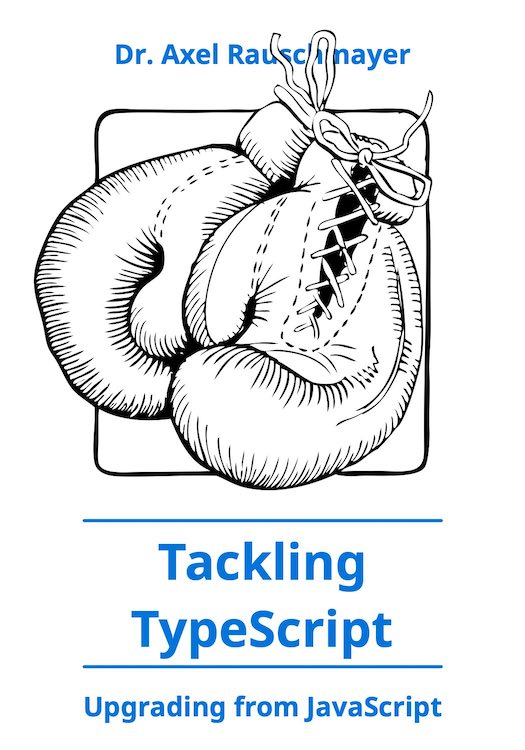 parallelizing my code so i can be wrong but faster

Per Axbom 👇 Not just Clubhouse, this will make any room/meeting more accessible:

1: Today I have listened in on #Clubhouse rooms with participants who

Here is what I have learned:

Being Glue Fantastic talk about glue work, how to manage it (with intention), and how to avoid the “not technical enough” career trap: 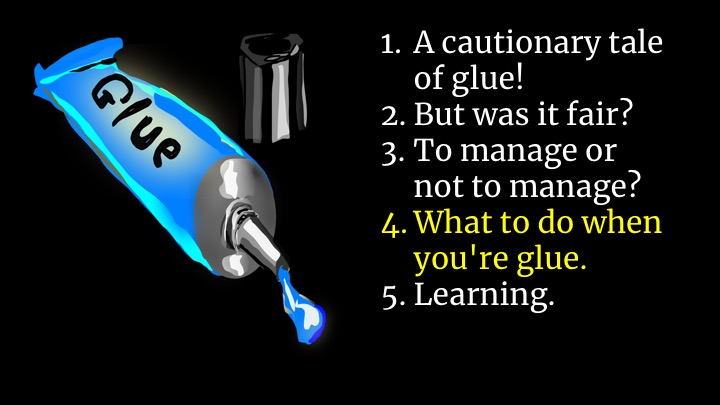 Shreyas Doshi 🧵 Thread on why product management is hard:

13/ Whenever someone is aggressively pushing their way as the *only way* to build a product, to grow a business, to make a decision, etc. etc., you need to be wary. And, if they are selling you something, be even more wary.

Why did I leave Google or, why did I stay so long? I once worked for a little startup that got acquired by a bigger startup which then got acquired by Big Corp. This is exactly what happened when the startup got assimilated. Not saying one is better than the other, but different work styles:

In a Corporation, the employee alignment is to the Corporations brand, not to the product (i.e. Google, not Gmail; Facebook, not Instagram). The product is a tool to advance the employees career, not a passion, mission or economic game changer. Being promoted has more impact on the individuals economic success than the product growth.

But having a startup is not a license to be shit to other people. When you're the CEO, HR works for you. They're not giving you a pass to express your creativity, they're looking the other way because they can't afford to confront you. Learn the difference.

I value transparency and feel that people should bring themselves to work but that also means a certain tolerance of people not saying something exactly as you would like them to or believing something you don't. That tolerance is gone at Google and “words” > “content” is the new Silicon Valley mantra of political correctness. You can say terrible things as long as your pronouns are correct or can say super important things but use one wrong word and it's off to HR for you…

Saw this in someone's email signature and I'm stealing it:

"My working day may not be your working day. Please do not feel obliged to reply to this email outside of your normal working hours."

Status Quo and Resistance to Change cartoon Which VP of “not now” are you? 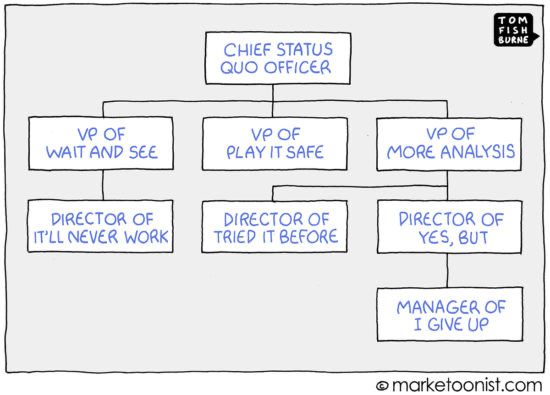 A friend informs me that their IT department has deployed a Report Phishing button on their email client with a 🐟 icon, promoting it with the slogan “when in doubt, click the trout”

Take back control of your online experience Block Party will filter out unwanted @mentions from Twitter.

Facebook to restrict users from sharing news in Australia and Google and News Corp. strike a deal Australia in its infinite wisdom decided to impose a link tax on Facebook and Google. More precisely, whenever Facebook or Google would show a link to news article, they now have to pay the publisher. Looks like the Australian legislature got what they hoped for but only from Google, who agreed to pay, and Rupert Murdoch will be collecting these checks. Facebook gave the finger and walked away.

imissmybar.com If you can’t go to the bar, bring the bar noise to you: the bartender pouring drinks, the people talking, the street traffic in the background. I muted the bartender so I'm pretending to be at a coffee shop. 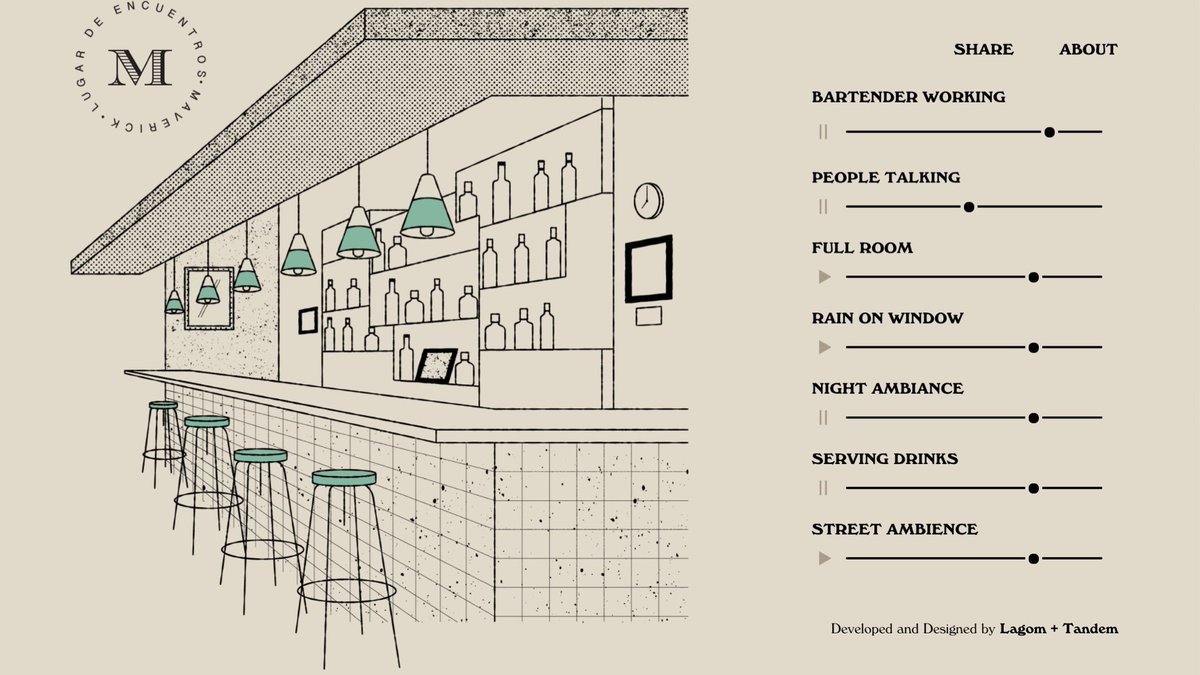 The grifter: My 8 year old niece

The marks: My sister, my brother in law, the teacher, the school’s computer teacher, the principle and Zoom's support team

The con: How she pulled it off… thread

Avish Sood “Love how this @KitKat ad brings to life the ‘Give Me a Break’ slogan in a way that’s relevant to our new lifestyle.” 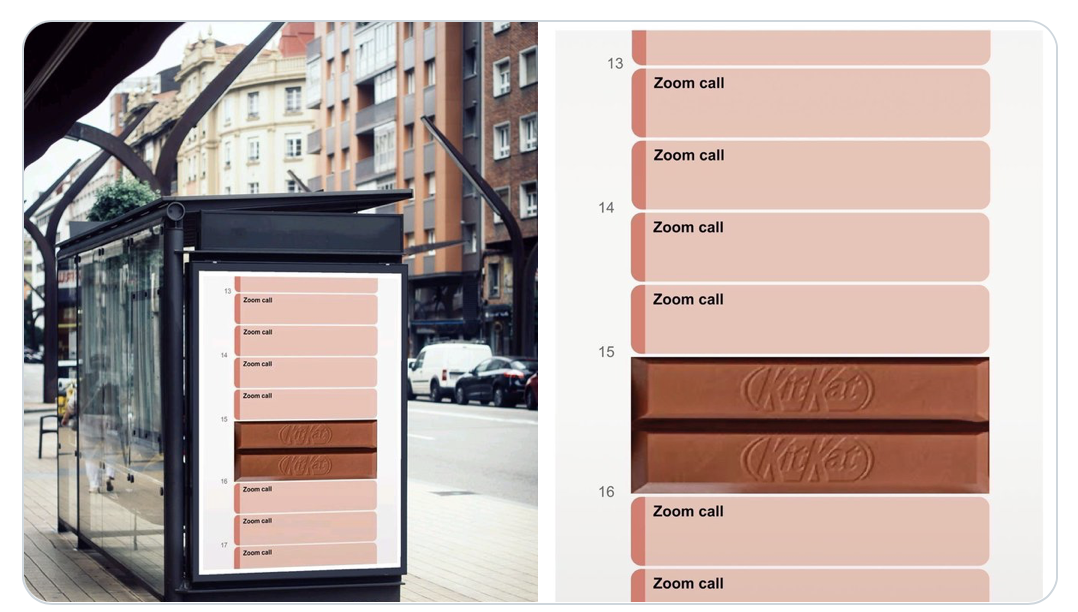 237 tabs open, 3 are frozen, and I've no idea where the music is coming from.

You know who doesn’t get impostor syndrome? Cats. Not only does every cat know they’re a cat, I think every cat believes firmly, with conviction, that they are the best possible cat, the prime example of a cat, the most cat a cat could be.

Eddy Vinck “I can't wait for the Apple car” 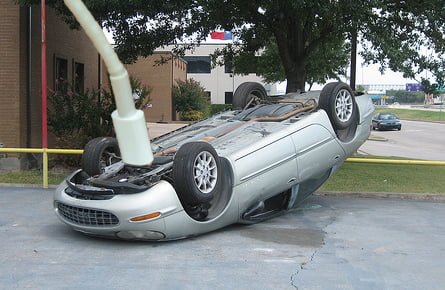 Alanta Colley Calling me out:

I will continue to get my news the way I always have, painstakingly reverse engineering it from obscure satirical takes from strangers on Twitter

Chris Heilmann “Just found a feature in Microsoft Teams that's great if you haven't got enough enemies in your company.” 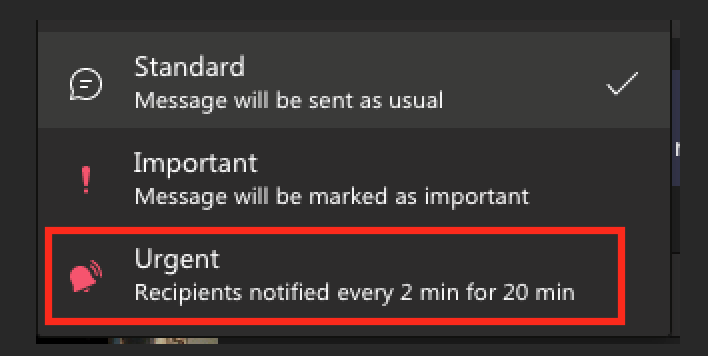 It's Presidents Day in the US and once upon a time I read a biography of every single US president so I may as well make use of that useless knowledge. Here is a thread of the wildest tweet-sized fact I know about each president: 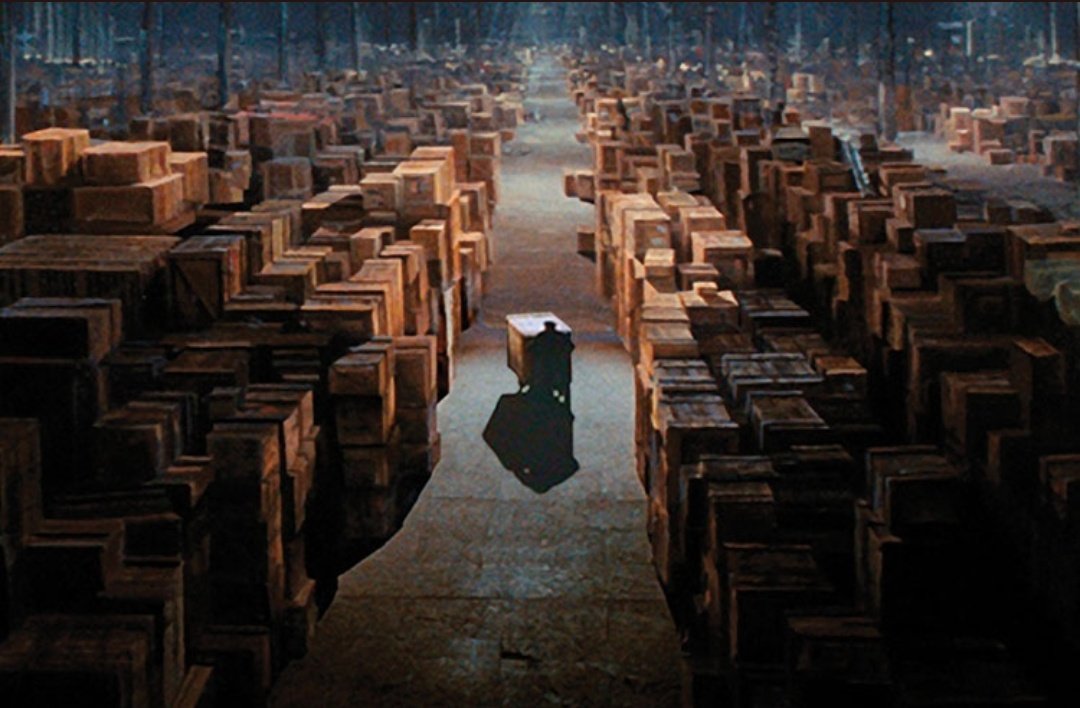 I hope that someone does a longer more comprehensive story on the Rationalist community and the site—selfishly, because I love this sort of thing. But I’d also like to see people who self-identify as Rationalists be a little more self-aware about when they are letting their emotions trample their logic—when they’re tempted to argue that questions of justice are ancillary to question of progress, and when they, for example, get angry and project all manner of emotion onto reporters whose reporting they don’t like.

David Pogue “This is the COOLEST. A Google Earth-type representation of the planet. Every green dot is a radio station. Click any dot to listen in. It’s like cultural teleportation. You could spend hours with this thing… http://radio.garden” 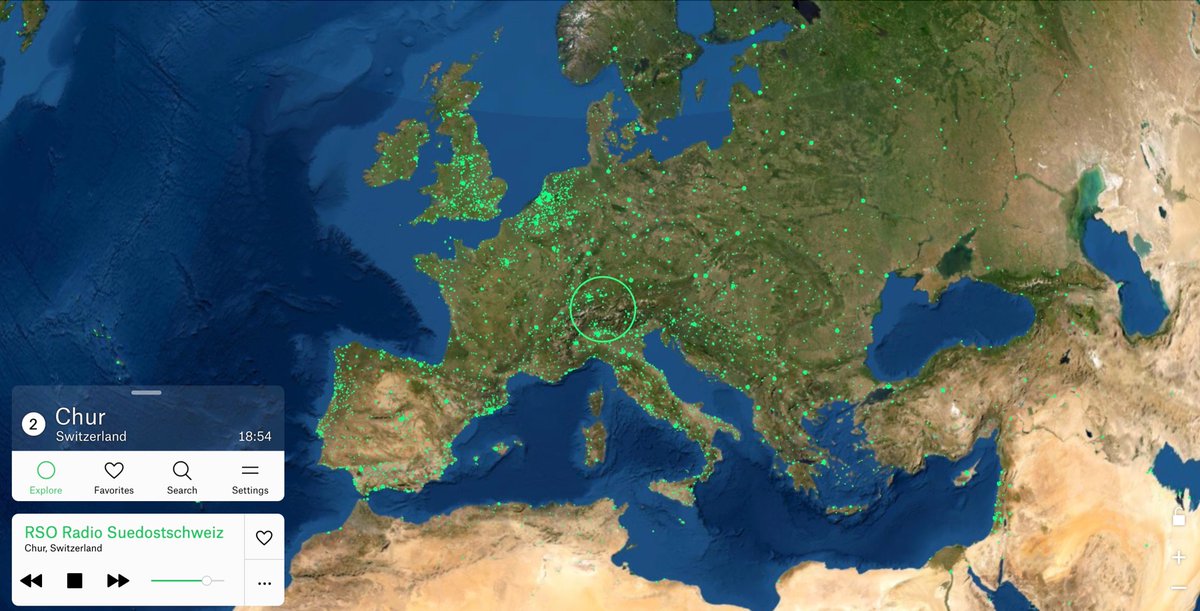 Caroline de Gruyter “Garbage collectors in Ankara open a library with books rescued from the trash. ‘The only regret the men have, is that they didn't start collecting sooner.‘” 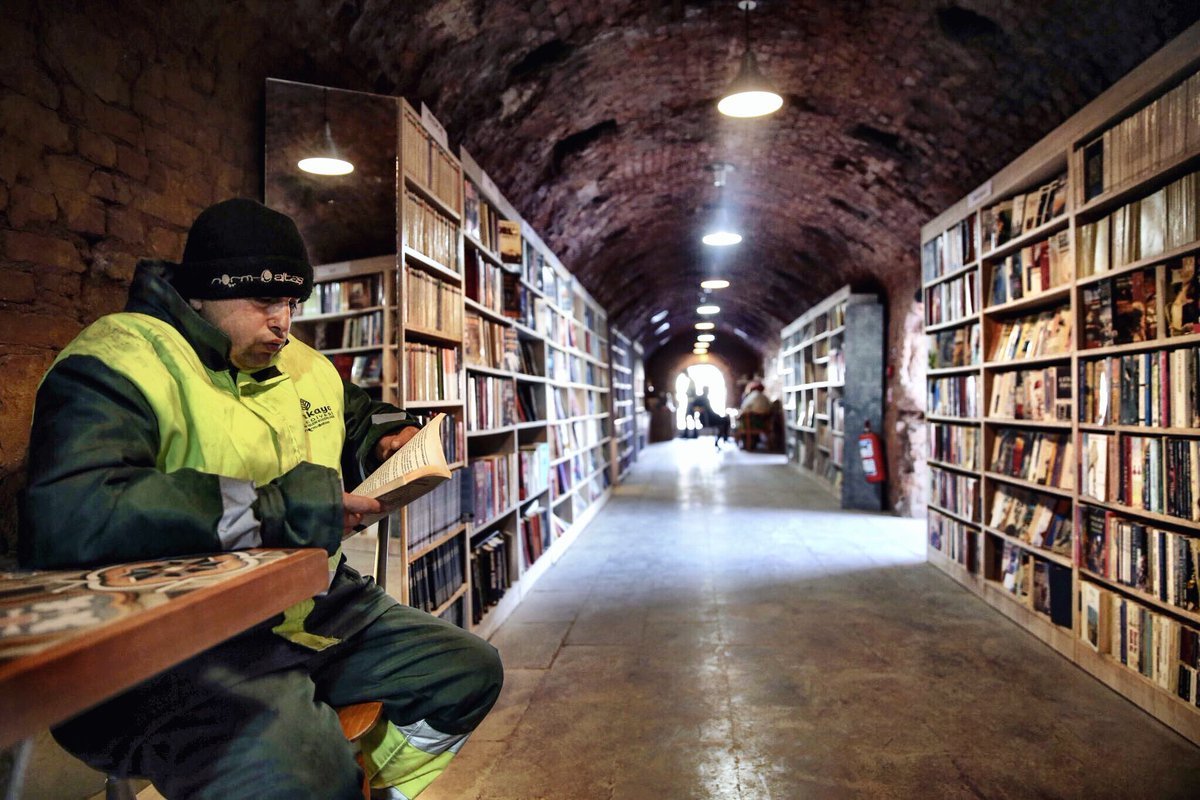