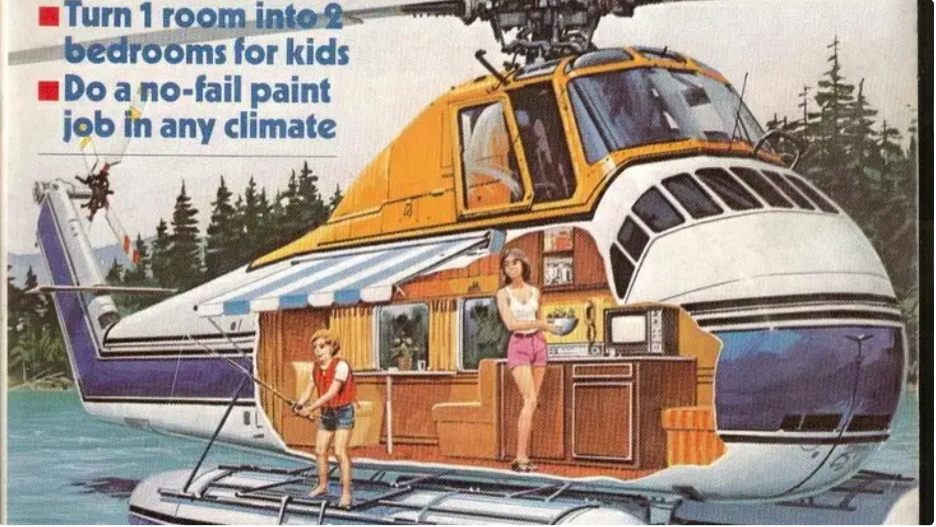 Dan McKinley 👇 This is story is the best thing I read this week:

No-code isn’t scalable With no-code you still need to architect and figure out if — and if so when — you're going to out-grow that no-code solution:

We chose Airtable because everyone (and not just engineers) could work with it. Soon enough we had a database with more than 40 tables and the “cars” table having nearly 400 fields! (Highly inefficient, we know.) To add to that, we had dozens of automated workflow reading and changing that data and soon our database gave up. Airtable comes with a limit of 5 requests per second per base. We were constantly hitting that target and started having more than 100 timeouts per day. 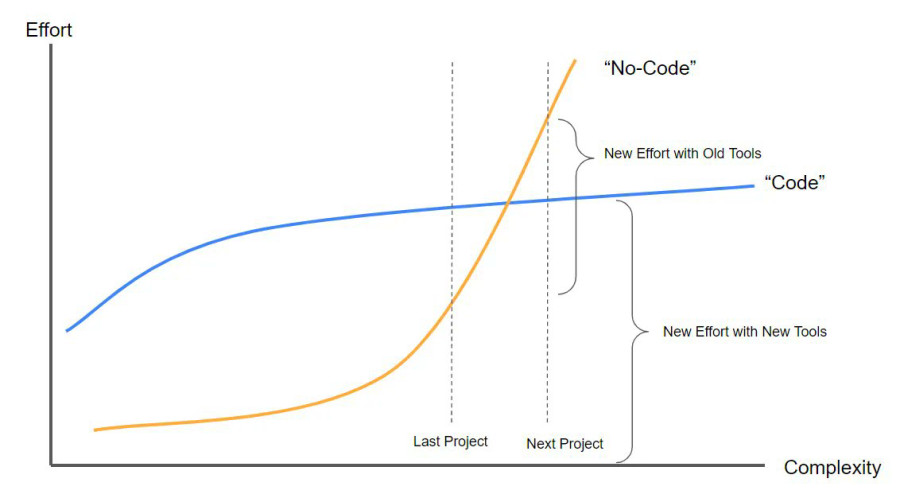 How to Sketch your Data Science Ideas With Excalidraw Exaclidraw is a diagramming tools that has just enough features to clearly communicate ideas: shape libraries, connectors, charts (from tables), etc.

But not too many features to get distracted. And the hand-drawn aesthetics helps: don't worry about pixel perfect and everything lining up, so you can finish your drawing faster.

Though, would you trust this architecture diagram? 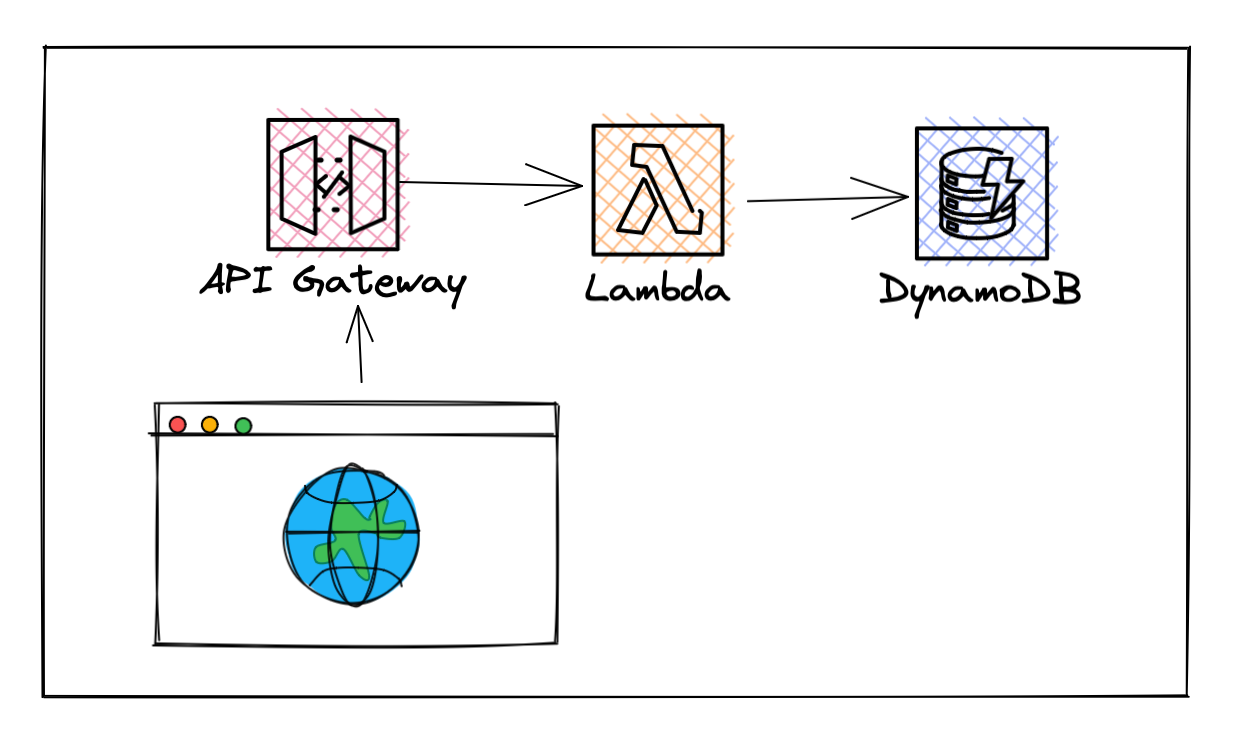 Working in the software industry, circa 1989 Uphill both ways, mirrors my experience upgrading from C to Java:

AIX and Ultrix and their underlying hardware were different enough that our code was a mess of IF AIX and IF ULTRIX statements. Sometimes we had to write separate AIX and Ultrix versions of entire subroutines and functions. We had to compile the code twice, once on AIX and once on Ultrix! Java was a total game changer when it came out in 1995. You mean we can write one codebase with no OS- or hardware-dependent IFs and no separate routines, and run it on any machine that can run the JVM? Voodoo!

A Month with iOS and iPadOS 16 A detailed review of Stage Manager, which (finally!) makes the iPad good at multi-tasking. (Whatever iOS had before was too limited and difficult to use, that I gave up on trying)

Stage Manager successfully walks the line of making me more productive without leaving my workspace a mess, which has always been the case for me on macOS.

macOS Ventura also has Stage Manager, and it's a faithful adaptation from the iPad for larger non-touch screens. With an interesting twist. 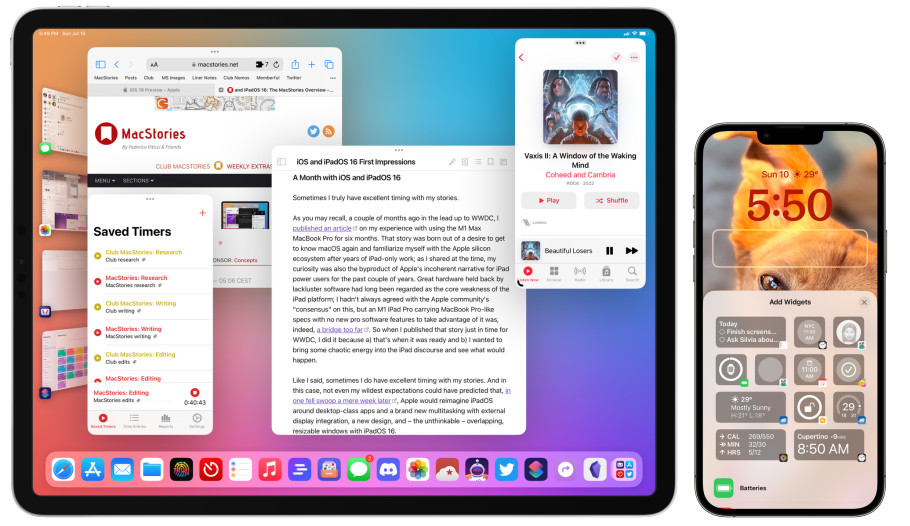 (* Don't try this at home. I have to reboot the iPad once a day. Mac has been stable so far)

Ask HN: What are some cool but obscure data structures you know about? | Hacker News

I’ll start: bloom filters. Lets you test if a value is definitely NOT in a list of pre-stored values (or POSSIBLY in a list - with adjustable probability that influences storage of the values.)

Passengers: Why is this airplane wifi is so slow? 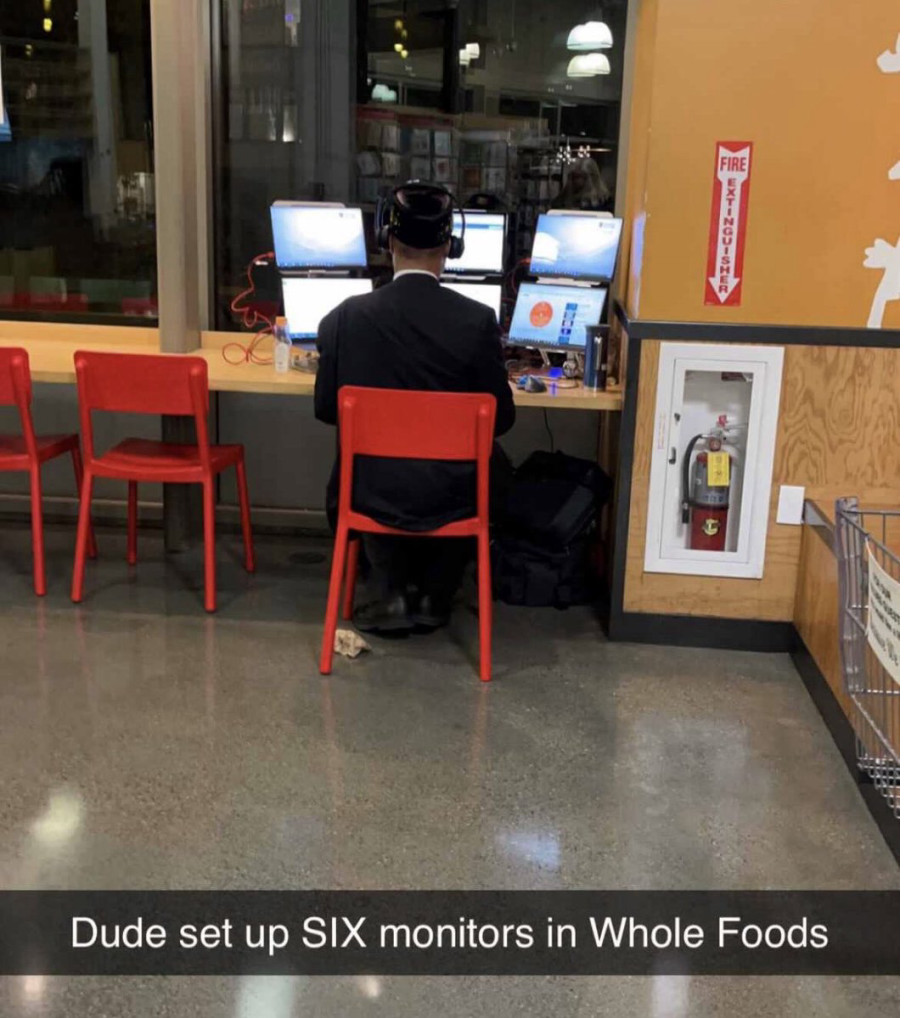 What I Miss About Working at Stripe This is what I love about startups and entreprenurship.

Not the long hours. Not the constant state of scrambling. Not the "everything's on fire!".

What I love is a place that motivates me to be the best I can be:

The really, really good stuff comes from looking back on something you created and thinking, “I had no idea I could do that.” It comes from looking around and thinking “wow these people helped me, really helped me, get there.”
…
A few months ago, someone complained to me that the new (very hot stuff) startup they were at had a “lgtm culture.” Upon inquiry, they explained that no matter what they do or how good it is, everyone just says “looks good to me.” “I know I should feel good about being a competent, trusted, contributing team member,” he continued, “and my new colleagues are so, so kind, but at the end of the day I just feel like no one has any standards.” He looked down at his coffee for a moment. “I’m afraid I’m never going to see my best work again.”

I know how difficult interviewing software developers is, but it’s not hard to spare a moment to check “am I asking the candidate to demonstrate job-relevant skills or am I asking them to cosplay as an academic computer scientist”

Alvin “Some processes can't be rushed.” 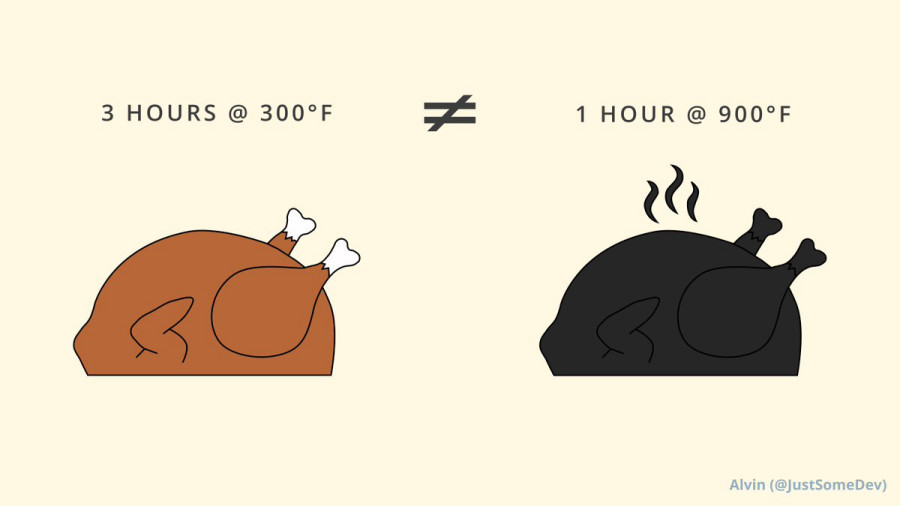 Each of these uses of NFTs and other blockchain technologies creates digital ownership based on scarcity and exclusion, which does not align with Minecraft values of creative inclusion and playing together. NFTs are not inclusive of all our community and create a scenario of the haves and the have-nots. The speculative pricing and investment mentality around NFTs takes the focus away from playing the game and encourages profiteering, which we think is inconsistent with the long-term joy and success of our players.

Bryan Beal And people complain about title inflation at startups …

According to LinkedIn there are currently 2,600 people at Microsoft with “CTO” in their title.

How three startups working with large language models are thinking about ethics Ethics in AI is an important subject, but this articles smells like … burned pizza and empty PR. Of these three companies, two didn't lunch yet, and one raised $170m with not much to show for.

Anyway, I evaluated a bunch of LLMs last week, ordered here from best to "not sure what I'm looking at": 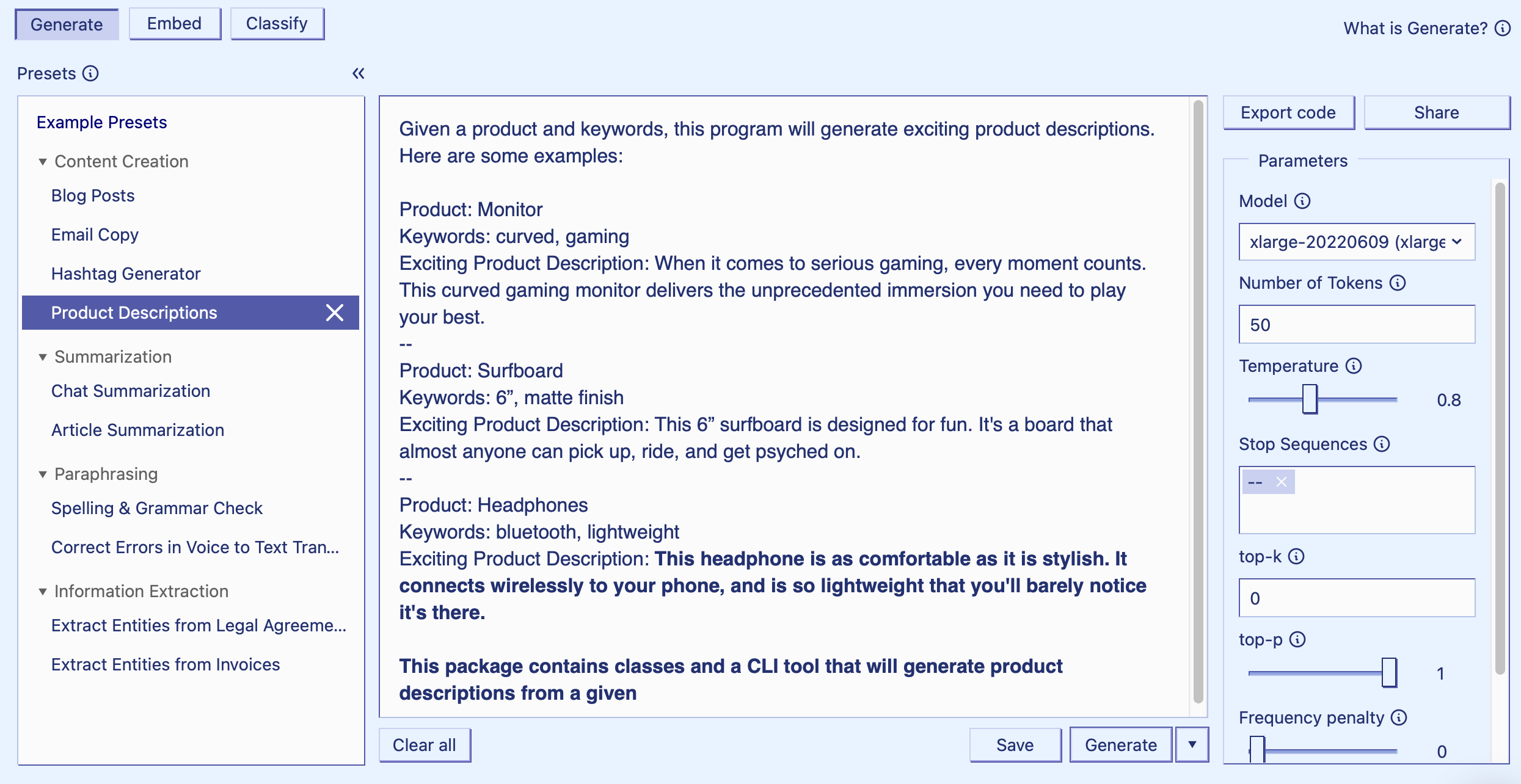 OpenAI Is Opening DALL·E 2 Maybe not the best time to invest in a stock images business:

Once I can use DALL·E 2 for my articles (as Casey Newton has been doing), I’ll never buy a subscription to a stock image library ever again. For $15/month, I can easily create 10 images that perfectly match what I want whereas any good stock image company will charge me +$30/month for 10 images that, not only I have to find, but simply can’t compete in precision and creativity to what I can get with DALL·E 2.

Assaf 👇 A thread in which I use LLM as a sort of an "intelligence dial" to measure whether we have system 1/system 2 thinking, or we reason on a curve:

I wanted to look at something that thinks on a “gradient”.

I’ll ask it questions, and dial how much brain power it uses to answer them.

So I asked OpenAI to solve this question:

Emoji Kitchen (part of Android Gboard) is an astonishing work of Art. 🌟

Here's a page to help you explore its boundless creativity: 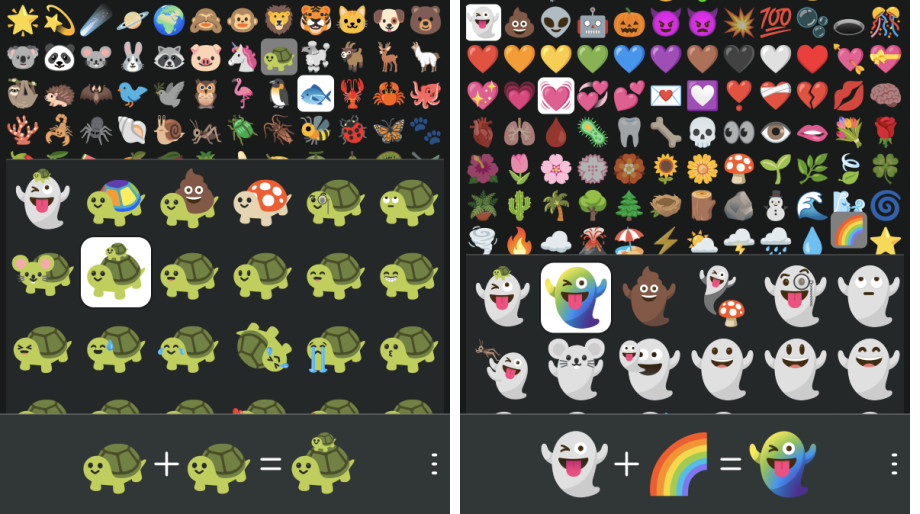 Cant seem to sleep. Let's see if the bright light of my phone containing all the information in the entire world held inches away from my face for the next 15 minutes manages to lull me into a peaceful slumber. 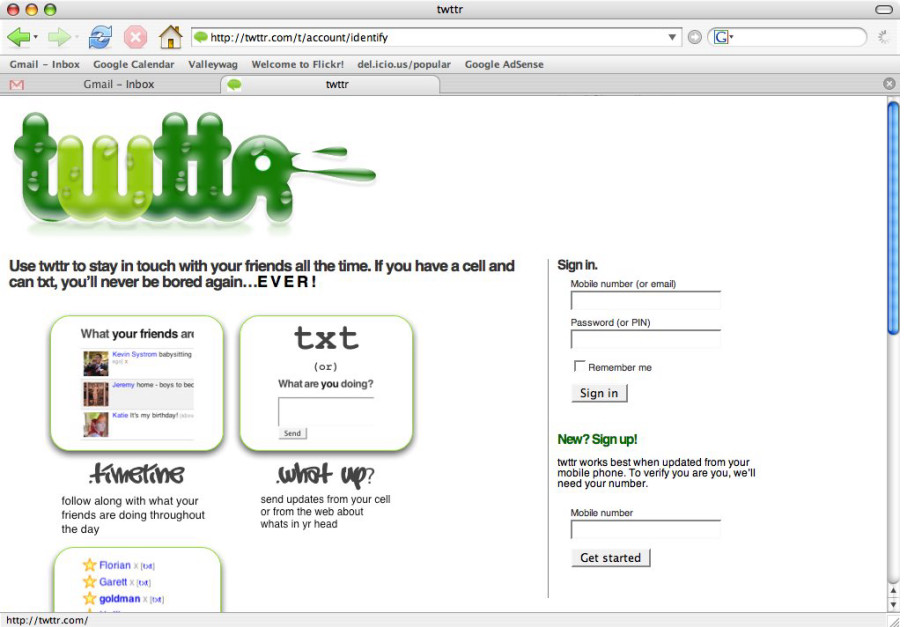 We should start naming heatwaves after fossil fuel companies.

The media often says “in a blow to environmentalists” as if we’re the only ones who live on Planet Earth.

If you’ve spent any time on Twitter over the last year and a half, there’s probably a good chance you’ve noticed a lot more weird men threading. … The threads might come with a 🧵 emoji and a promise of 10 or 7 or 15 great tips for making a lot of money that any idiot could do from their house. And they’re usually shared by a guy you’ve never heard of before with 65,000-250,000 followers.

Some corner of Skye that is forever Coyote. ”I… am just going to note that there are two people at the start of this hike …” 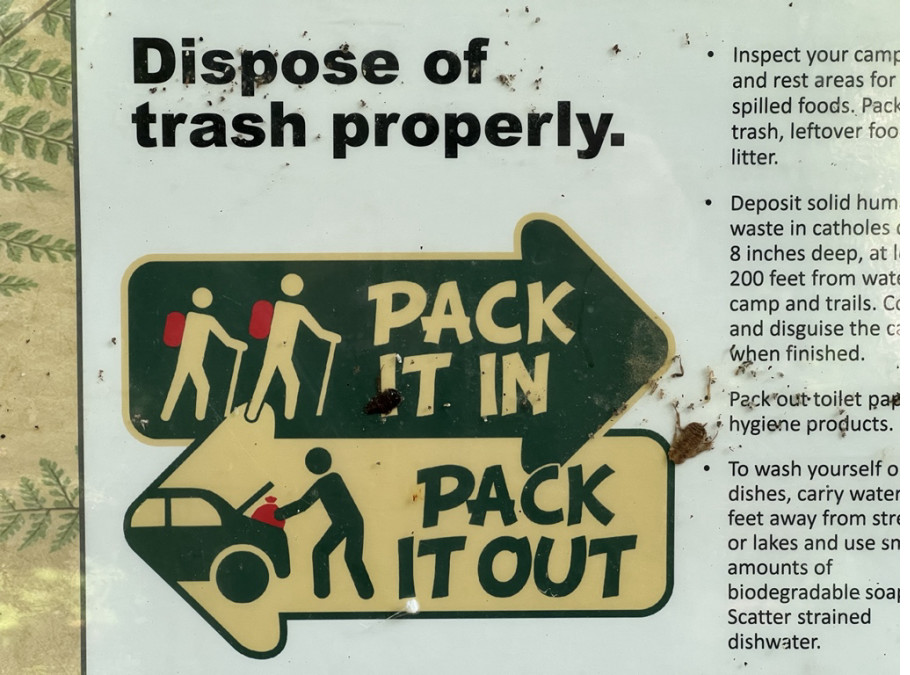