From 12 Tricks to Appear Smart in Emails

Designing for  Apple Watch A collection of articles from multiple app developers.

Windows 10 apps in HoloLens look amazing and completely ridiculous Looking at these videos, Microsoft might be on to something.

The Lazarus list: 10 tech ideas that came back from the dead Virtual reality, smartwatches, tablets, all the failed techs of the 90's are making a comeback.

ShellCheck Finally: a linter for bash scripts! You can use it online or brew install shellcheck. 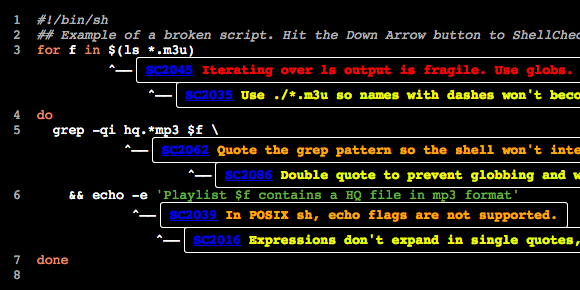 A tool for securely managing secrets and encrypting data in-transit. From storing credentials and API keys to encrypting passwords for user signups, Vault is meant to be a solution for all secret management needs.

ramjet Influenced by the iOS 8 app open animation, "Ramjet makes it look like your DOM elements are capable of transforming into one another."

cta.js Similar to Ramjet, "Call to Animation" is a lightweight library to animate tiles, modals and sidebars.

disque An in-memory, distributed job queue, offshoot of Redis. I can't wait for this to hit production readiness. Meanwhile, you can start playing with the disque.js JS client.

NoTCP Yet another hipster technology manifesto:

just as the Reactive Manifesto reminded us that new branding can give a youthful glow to decades-old ideas, we follow in their Chukka-booted footsteps by challenging the comforts of the ubiquitous Transmission Control Protocol and recognizing the well-deserved renaissance of artisanal protocols built on UDP. We didn’t start this fire, we’re just calling it what it is: the NoTCP movement.

"Now, where did I put that presentation? Oh, it is in Github. What did I use? Showoff? What's that?"

Const is the new var I would go even further and suggest you use const whenever you can, and when you can't, consider if there's a better way to write the code that will allow it to use const.

vo "Vo is a control flow library for minimalists." With support for generators and promises, a worthy successor to co.

The Linguistics of JavaScript - Erin McKean (Wordnik) keynote Can thinking about Javascript the way we think about other human languages help us be better coders, or at least write more readable code? (YouTube)

Boeing 787 Dreamliners contain a potentially catastrophic software bug What is 2 ^ 31?

… this condition is caused by a software counter internal to the GCUs that will overflow after 248 days of continuous power … all four GCUs will go into failsafe mode at the same time, resulting in a loss of all AC electrical power regardless of flight phase.

OH: "The best code has usually had a cleverectomy."

The Wolf of Wall Tweet Bots scraping web sites for rumors and using that info to trade options.

The Laborers Who Keep Dick Pics and Beheadings Out of Your Facebook Feed The hidden workforce that makes sure your news feed is all fluffy cat videos and none of the "Internet’s panoply of jerks, racists, creeps, criminals, and bullies."

Whenever someone tells me "coding is the new literacy" because "computers are everywhere today" I ask them how fuel injection works.

My rocky first 24hrs with the ᴡᴀᴛᴄʜ

I’m an insufferable asshole, and I’m here to complain about my brand new $350 luxury watch that so far hasn’t lived up to my insanely high expectations, which I am publishing here on Medium using my 5k iMac.

Every moment of every day there’s a new language, framework, format, protocol to learn. Nobody has a more dynamic skill set than a web developer. We’ll look at the one metaskill to rule them all: The ability to come up to speed and stay there, over and over again.

Try giving people goals instead of requirements. Then they can innovate 100% of the time.

Defenders think in lists. Attackers think in graphs. As long as this is true, attackers win. Attackers only need to compromise the weakest link and work their way from there. Your job is to defend a graph of possible privilege escalations.

Conversation With a Tech Support Scammer A look at the scammers behind the "You may have spamware" scare sites.

Fhtagn "A good way to get to know your date.."

What Good Is a Video You Can't See? The privacy issues behind police body cameras. Also, The Big Money in Police Body Cameras, and I quote: "Taser body camera".

What idiot called it Tinder and not UIDatePicker

A 20-year-old man was also kidnapped, according to the report (though he was released after being driven less than a mile by his kidnappers).

What Happens To Abandoned Kickstarter Games "Did you know that paying for programmers was … like … a thing?" (YouTube)

Anonymous Activist Gets Potholes Fixed By Drawing Giant Penises Around Them My neighborhood needs a Wanksy!

How to pronounce hexadecimal 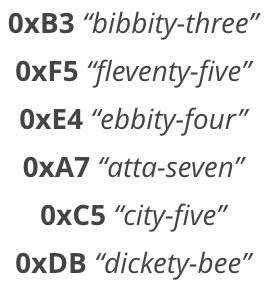 If there’s an email response you’ve wanted to send but been too anxious to send, you can send it on April 30th, without any apologies or explanations for all the time that has lapsed.